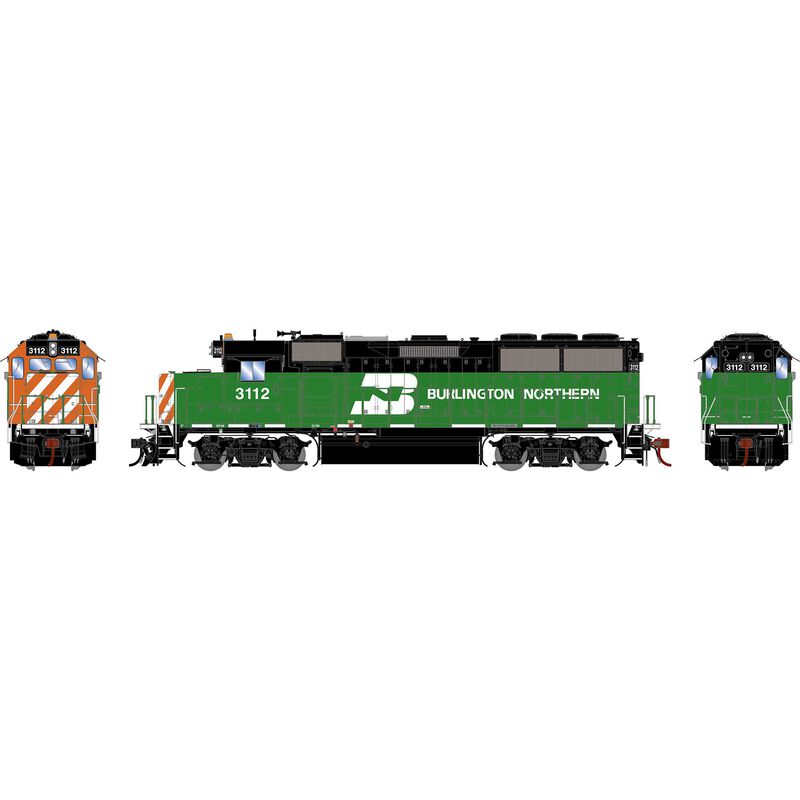 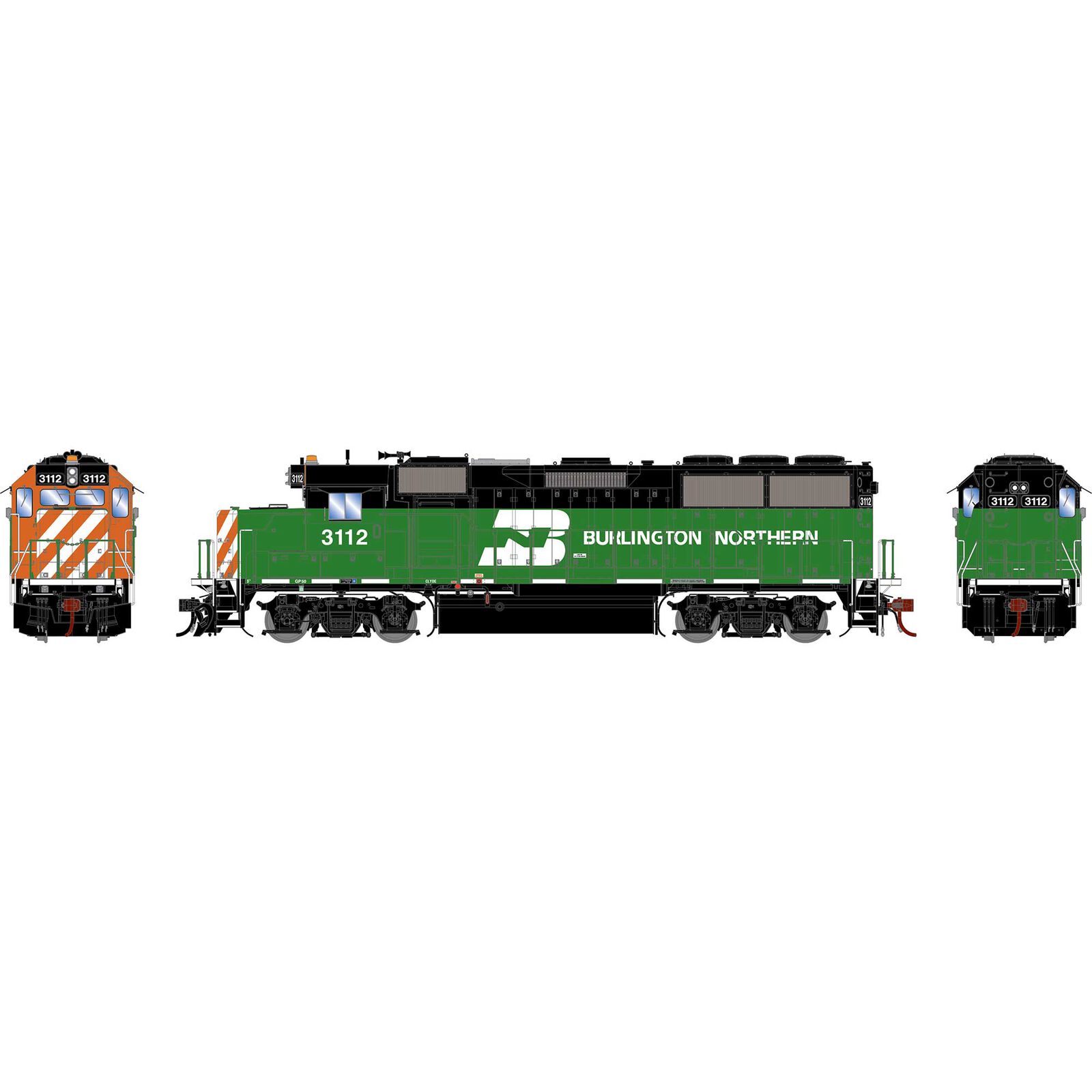 In an effort to help reduce grade crossing accidents and be more visible to motorists, BN applied orange paint to the front of select locomotives. Due to the colors used, they were nicknamed “Tiger stripes” by railfans. This scheme was later revised to the “white face” scheme adopted in the early 1990’s.