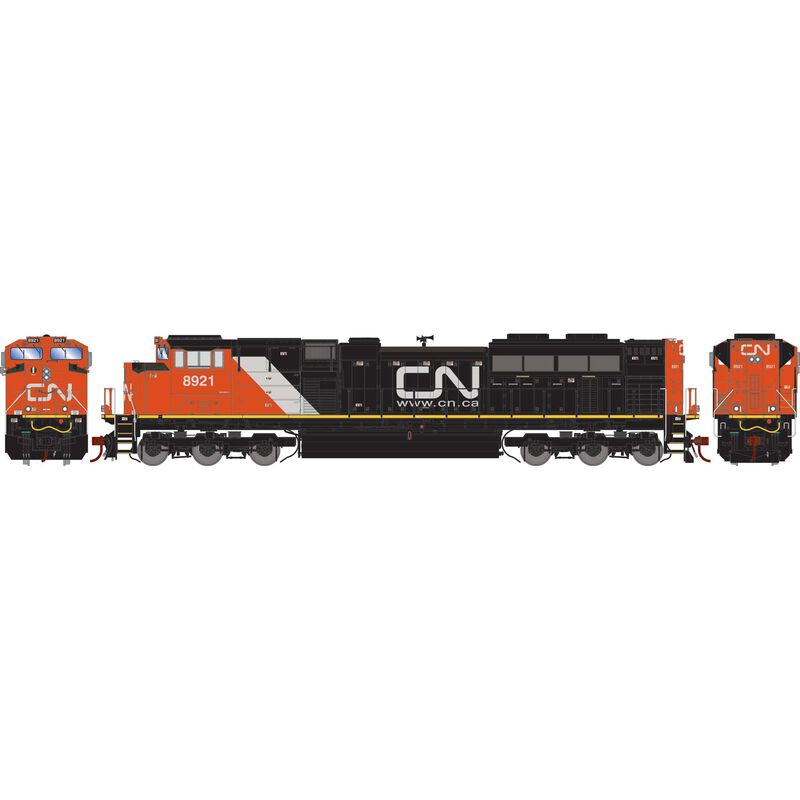 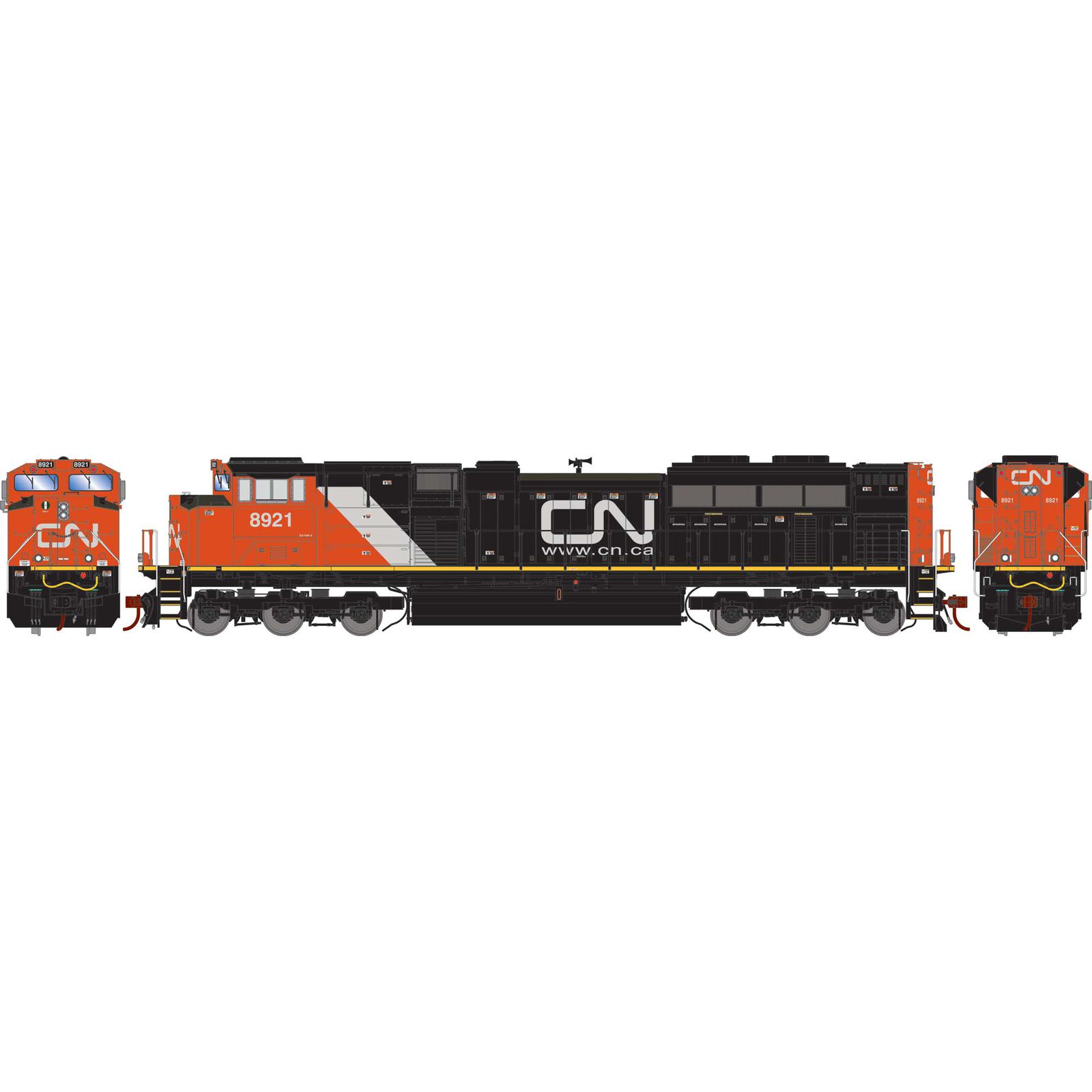 Part of CN’s large fleet of SD70M-2s, these units are equipped with operating marker lights for DPU service. As part of the railroad’s new heritage program, CN 8952 was painted in the GTW scheme, and CN 8898 received the the special placards celebrating CN independence on the sides of its nose.