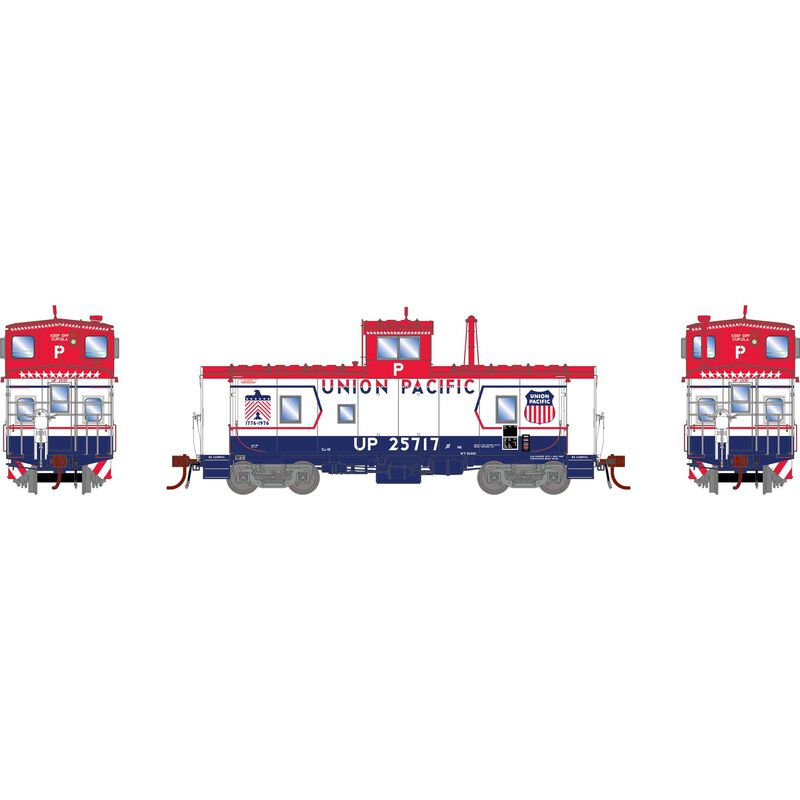 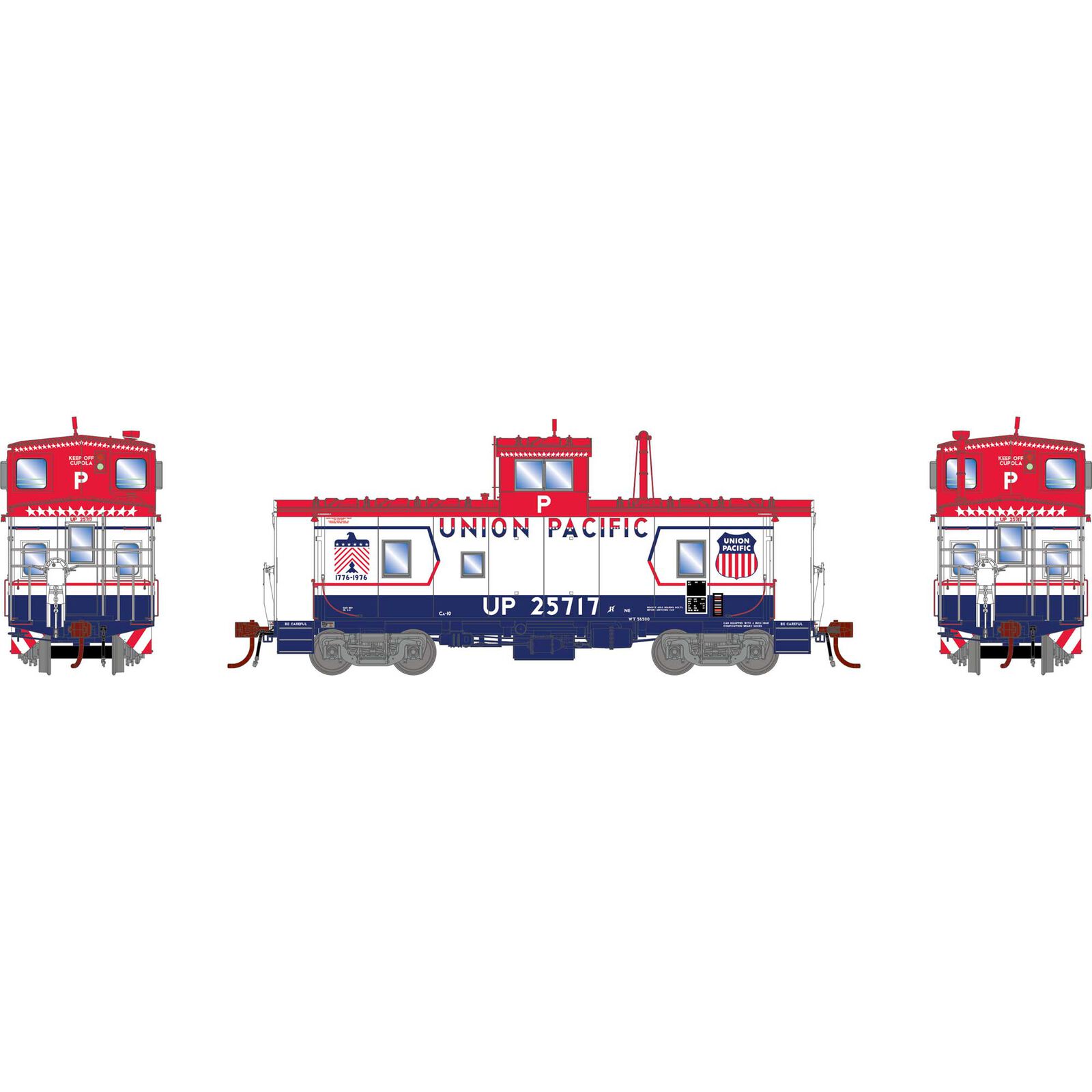 In 1976 the United States of America celebrated the 200th anniversary of its founding and many of the nation’s railroads joined the celebration by painting some of their equipment in patriotic red, white and blue colors. The Union Pacific considered painting one of their DDA40X’s in patriotic dress and commissioned a design proposal that we have reproduced with their permission. Many railroads had cabooses painted up in red, white and blue too. We wondered what would have happened if the UP had decided to have one of their then new CA-10 cabooses to be painted in a patriotic manner to go with their Bicentennial Centennial? So we put the Athearn Art Department to work and they adapted the DDA40X Bicentennial paint scheme to our CA-10 model. After all what’s a train without a caboose…in 1976…