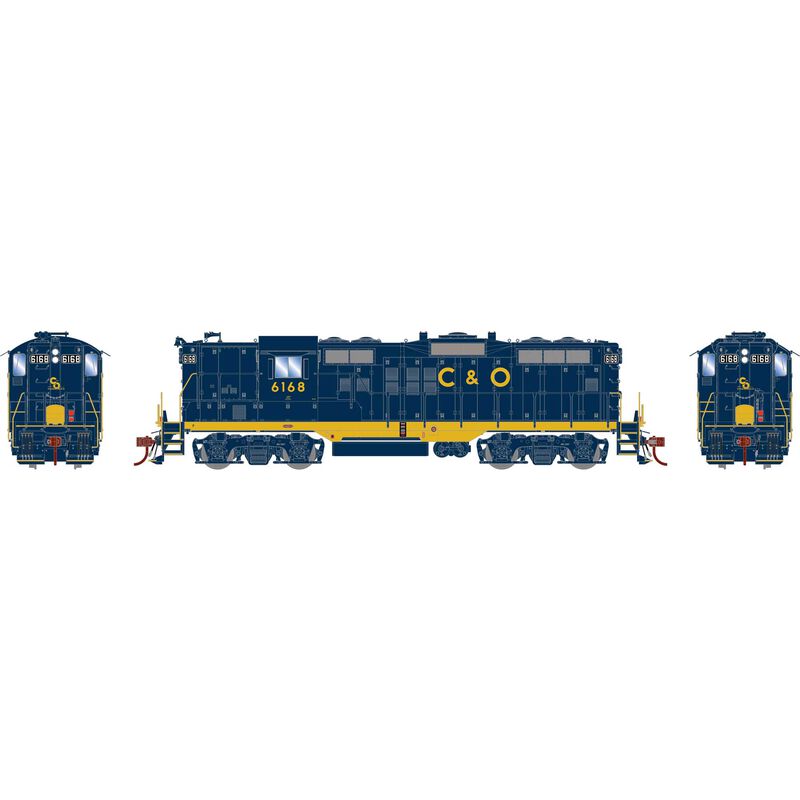 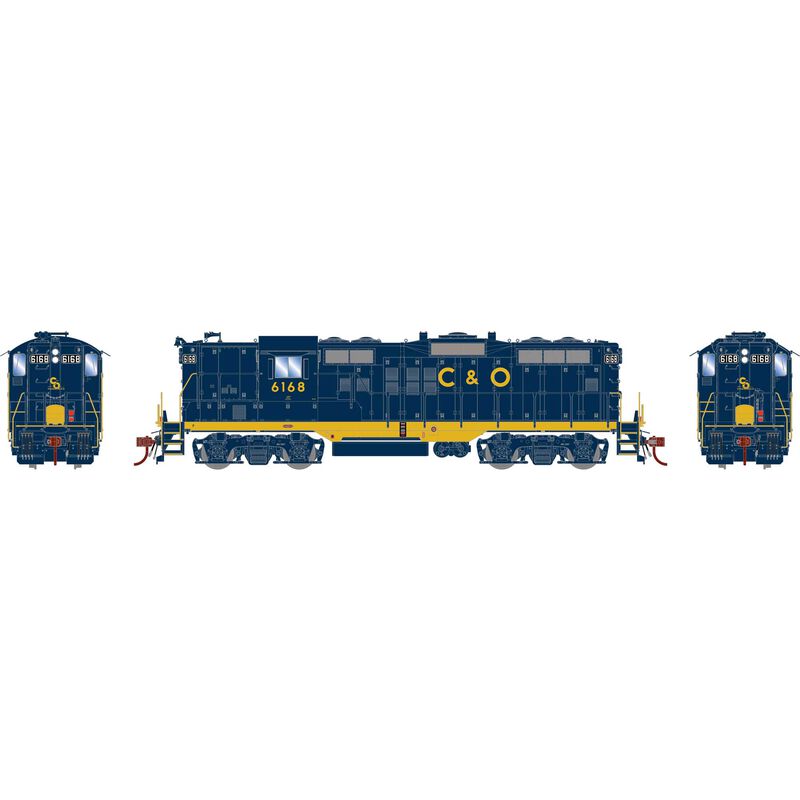 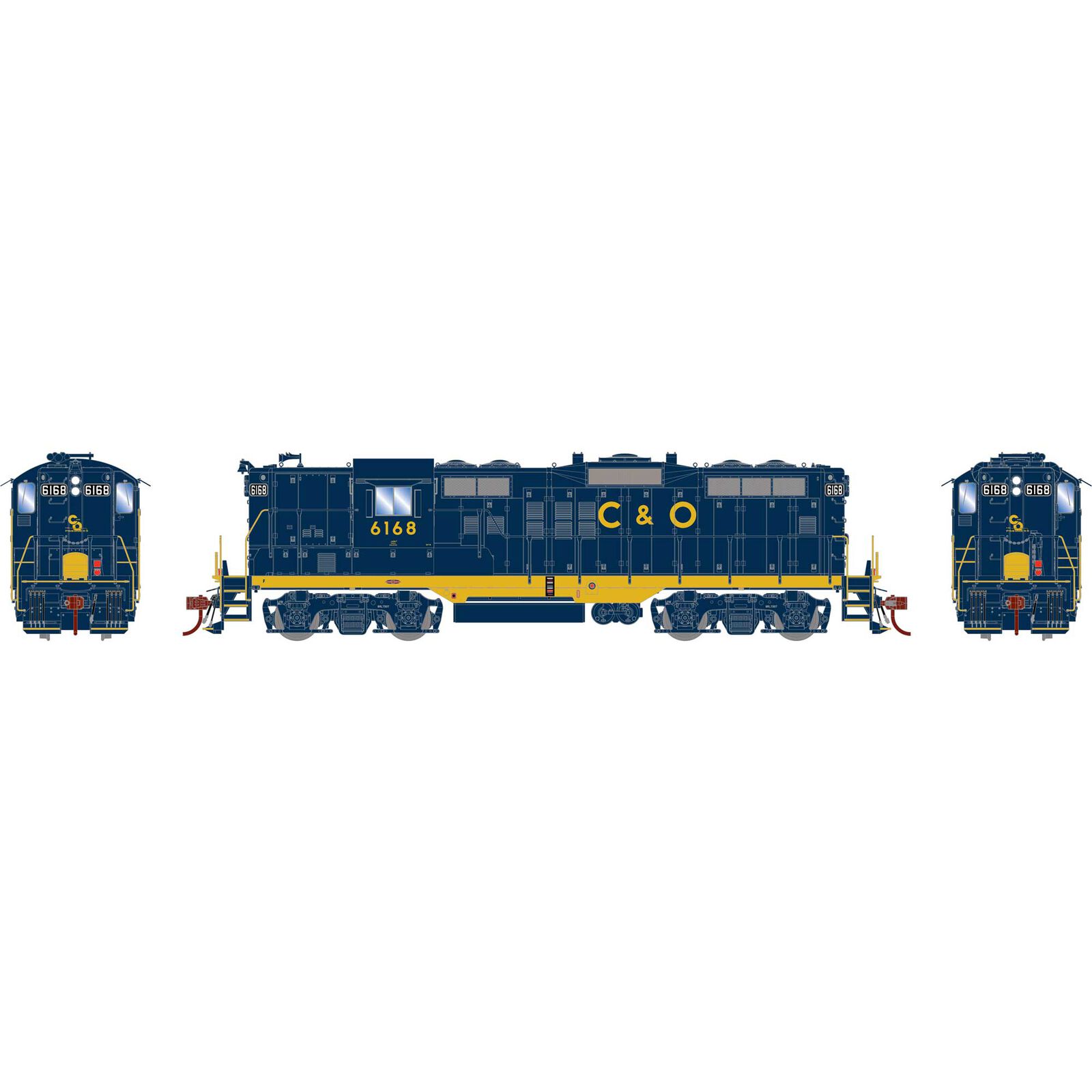 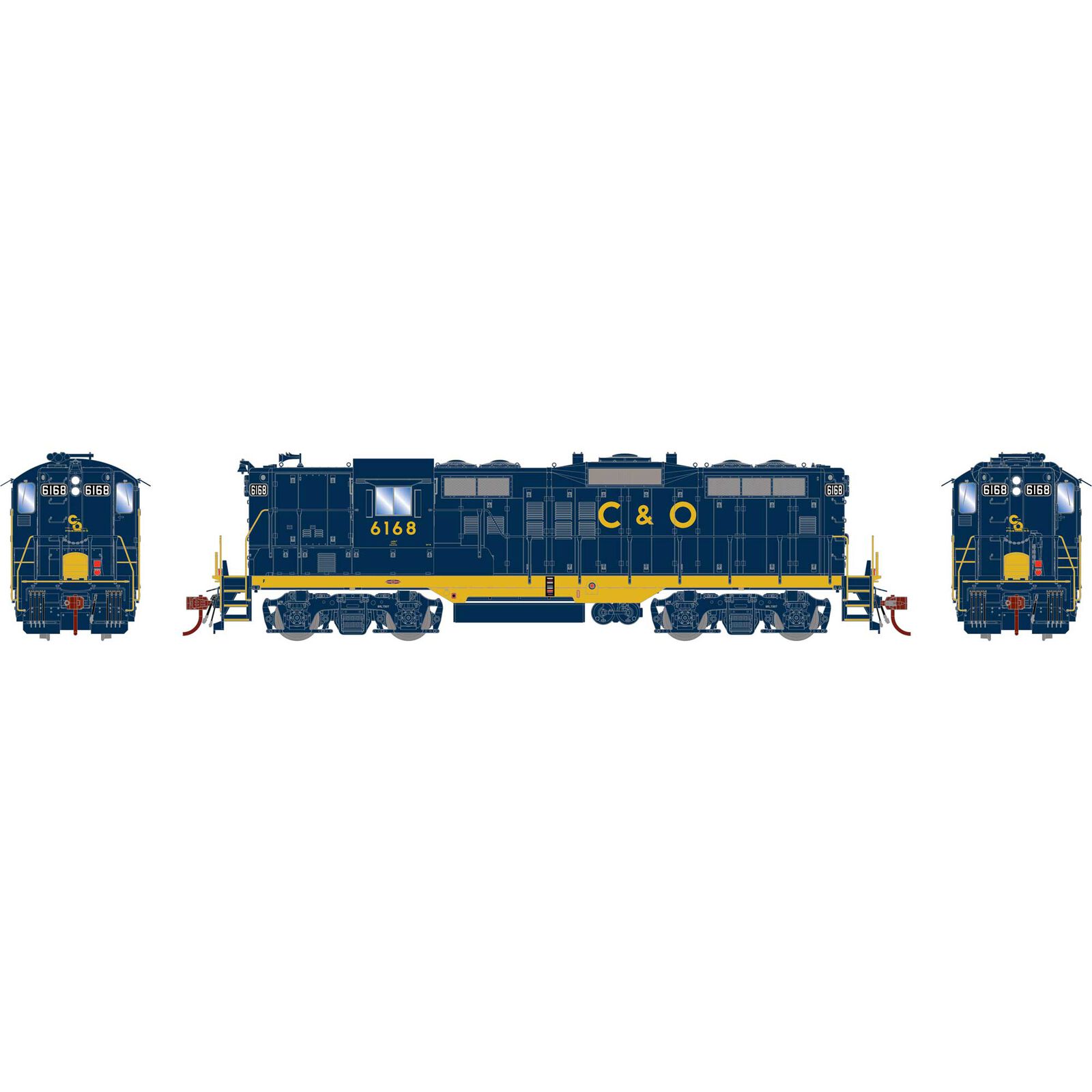 Between 1955 and 1957 C&O bought 363 GP9’s. These units were the backbone of the fleet, used on both road trains as well as local service. In the mid 60’s C&O adopted a new simplified paint scheme with the large C&O initials on the long hood. Although the purchase of newer high horsepower units displaced many GP9’s to secondary service, most of the fleet soldiered on into the mid 80’s. Many units were retired in this version of C&O dress. These road numbers lasted into the mid 1980’s which allow the widest range of modelers to benefit from this release.