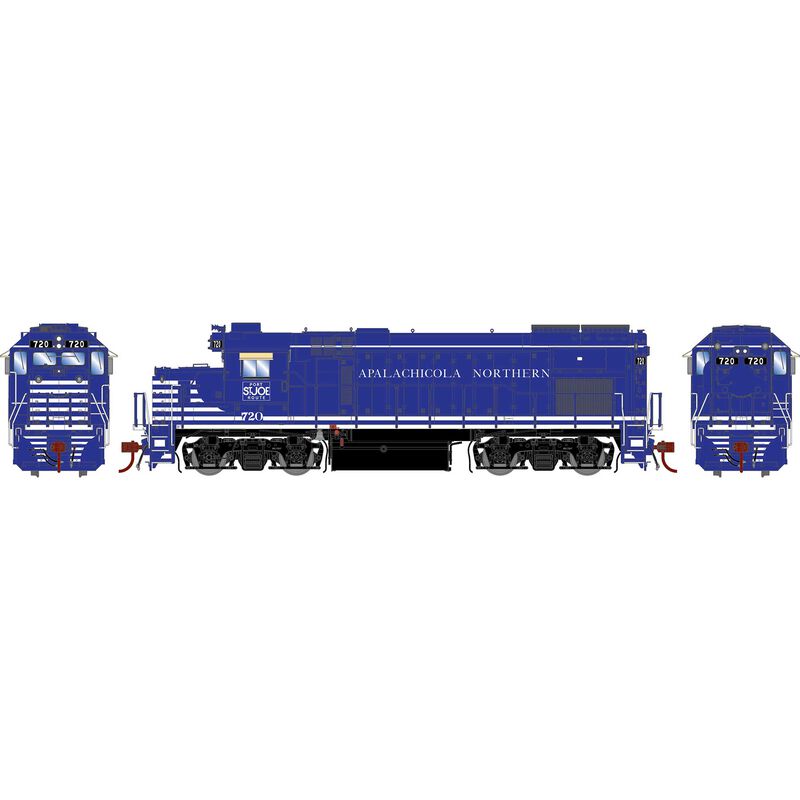 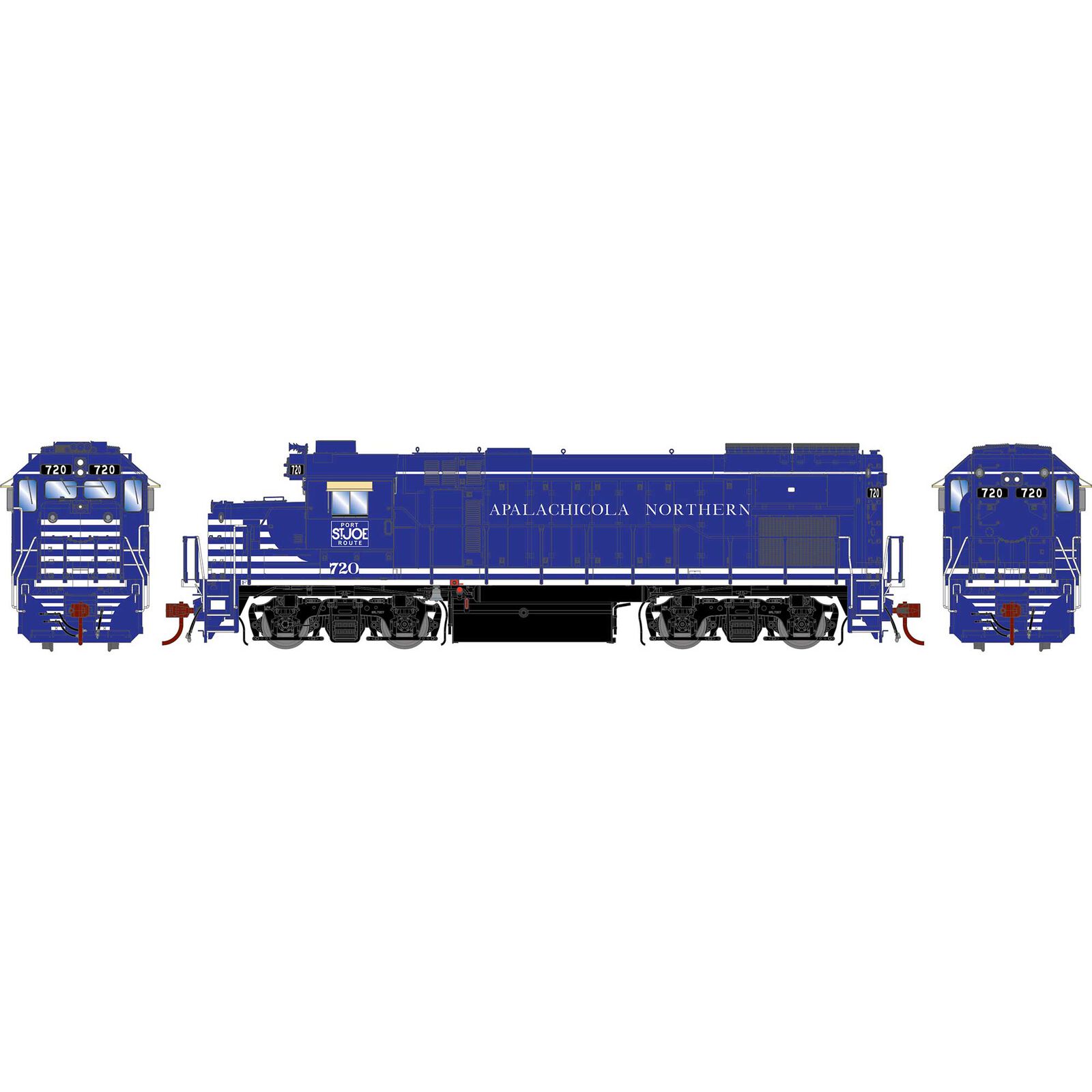 The link to HO GP15T Locomotive with DCC & Sound, Apalachicola Northern #720 has been copied

Apalachicola Northern was a 96-mile shortline running between Chattahoochee and Port Saint Joe, Florida. They rostered 3 unique GP15T’s which they ordered from EMD in 1983. They featured a non-dynamic hood, turbo charged prime mover, nose mounted Gyra light, and canvas sunshades. Delivered in a bright yellow scheme, by the mid 1990’s they received a vibrant dark blue paint job. By 2010/11, the GP15T’s were purchased by the Genesee and Wyoming Group. Two (ex #720 and 722) were sent for use on their Bay Line Railroad in Alabama.