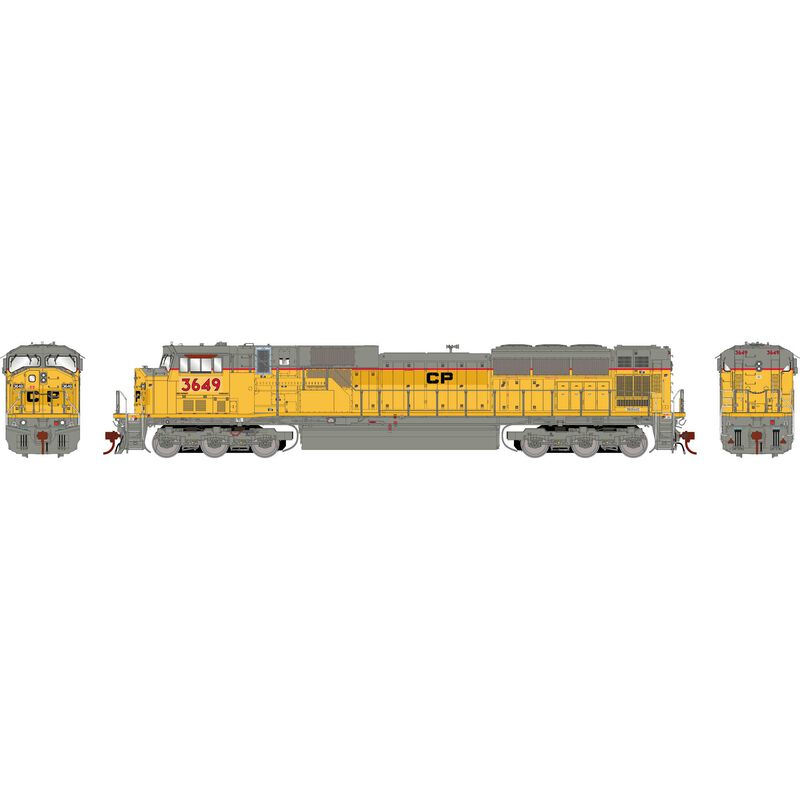 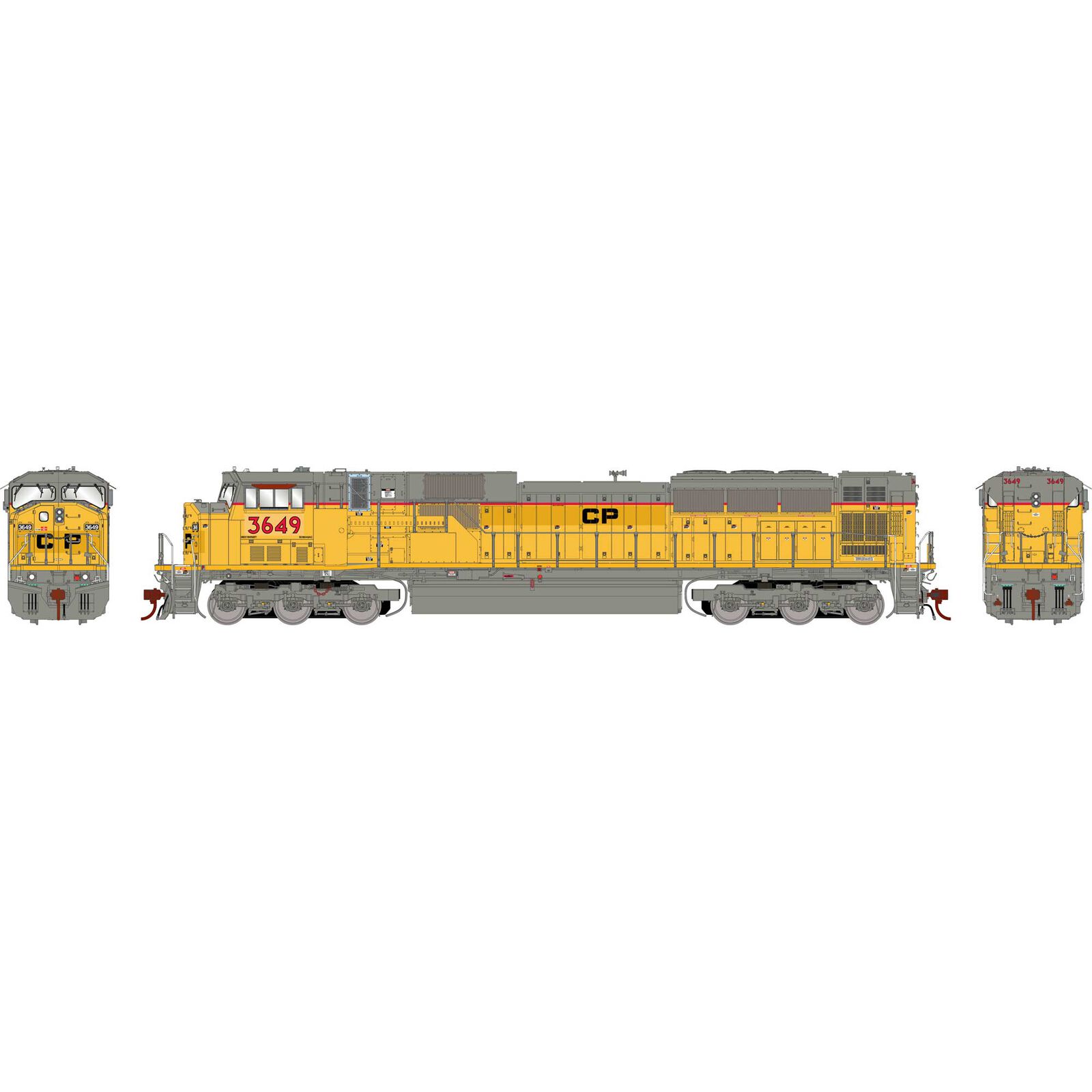 In 2021, CP went on the used locomotive market and purchased a small batch of ex-UP SD9043MAC’s. These were quickly patched still in their UP numbers, and released into service.

CP 3747 was neatly re-lettered with CP initials and still features the American Flag on its flanks.

Introduced in 1995, the EMD SD90MAC was intended to become that builder’s most-powerful single-engine diesel locomotive. The new locomotive was to use EMD’s newly developed 265H prime mover, featuring 6000 horsepower. However, this engine was experiencing technical problems in development, which led to the first groups of locomotives being delivered with the EMD 710G prime mover of 4300 horsepower (the intent being to retrofit these with the more powerful 265H later). Ironically, the technical problems with the 265H were never fully resolved, and no conversions were done. The 710G-engined SD90MACs outlasted their later 265H cousins in service by a wide margin, with some units only recently having been retired or sold by Union Pacific, and other railroads choosing to rebuild them for continued service.

The Athearn Genesis SD90MAC features all of the cutting-edge detail and operational features that are expected by discerning modelers: Working number boards and ground lights, see-through steps, numerous separately-applied details on the body and underframe, and a heavy die-cast frame for massive pulling power.