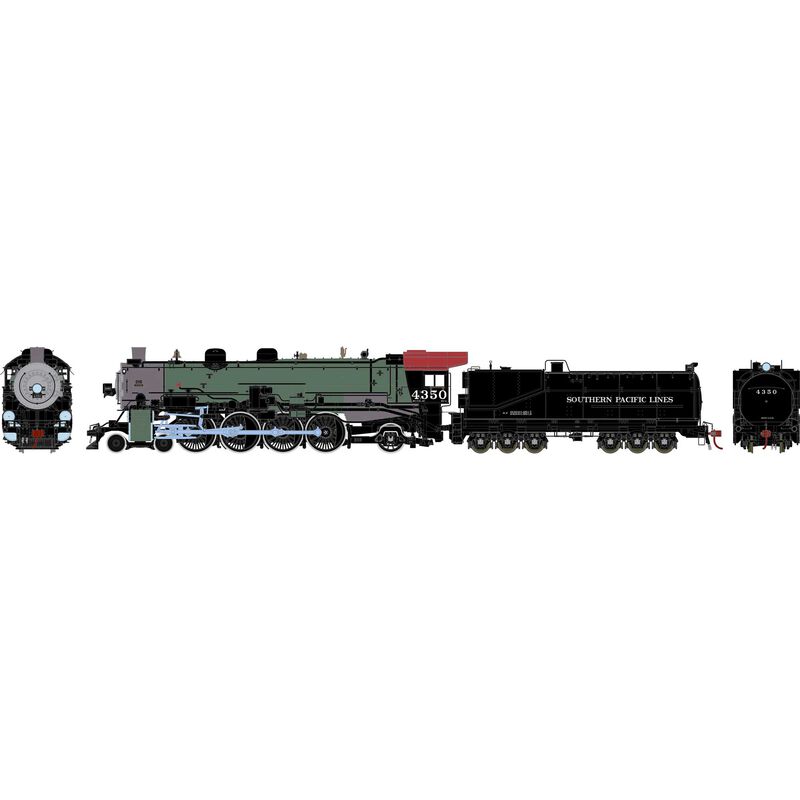 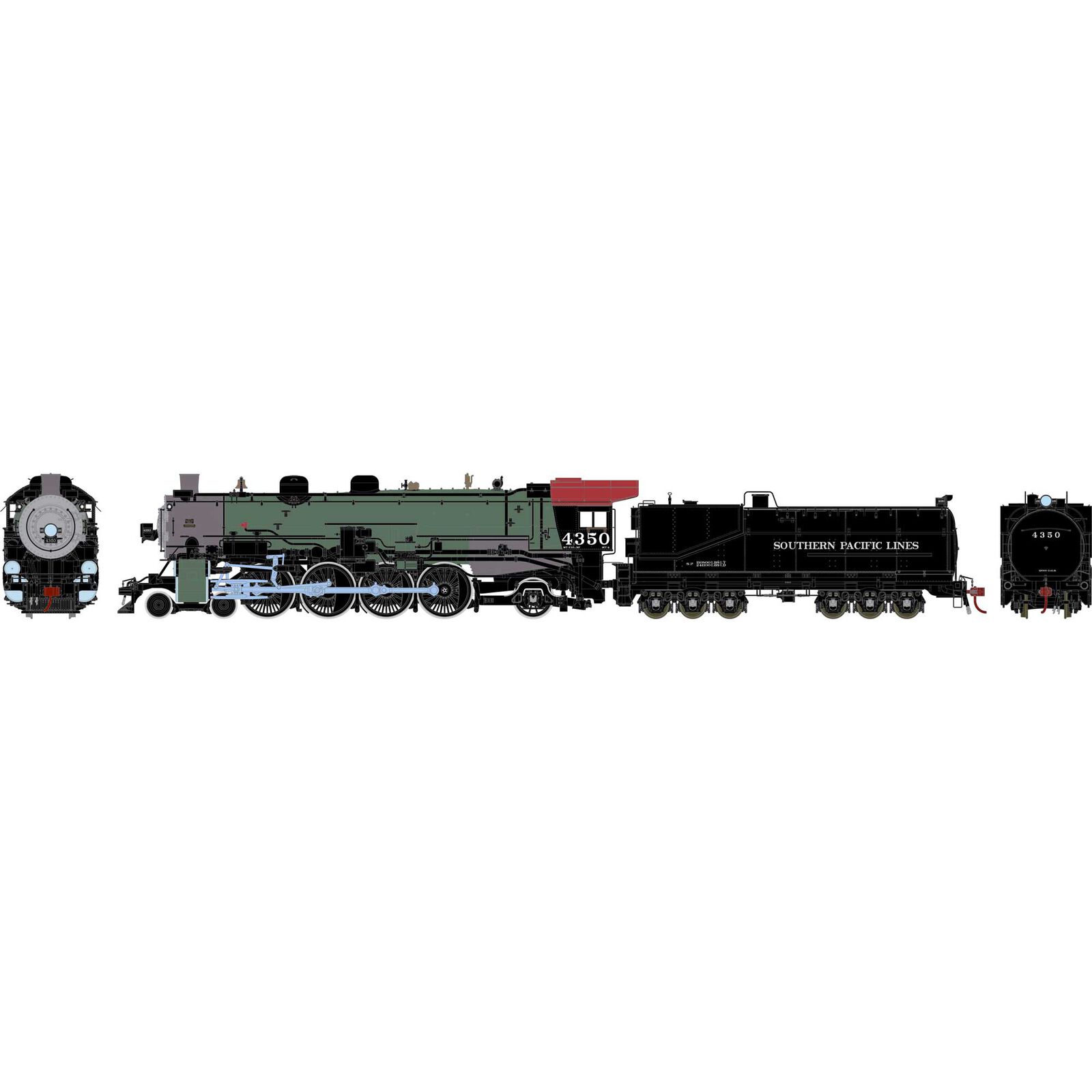 The SP began building their MT-4 class 4-8-2 Mountain’s in their Sacramento Shops in 1926. As-delivered they came with green boilers, which lasted until the early to mid-1930’s. They were then painted the standard black scheme.