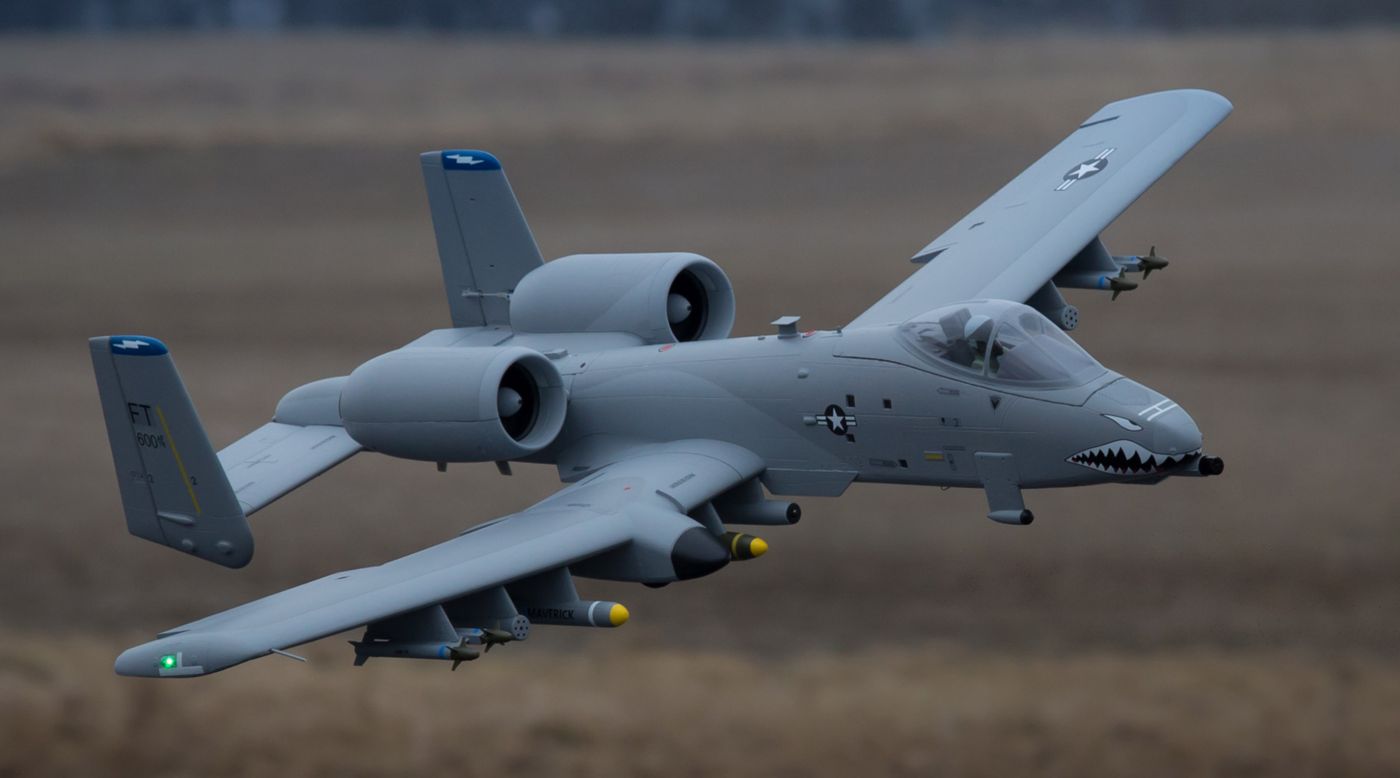 A stunning scale tribute to the legendary US jet, the FMS A-10 1500mm Thunderbolt II must be seen in person to be truly appreciated.

It's features 70mm twin electric ducted fans, advanced construction features and incredible scale detail, including an aggressive paint scheme. From all-around rivets and panel lines, detachable bomb and missile sets and pilot figure, FMS's A-10 is a plane that scale enthusiasts will gush over.

The "Hog" assembles quickly, thanks to optimized screw-based assembly, ball links, a heavy-duty wing spar, and the latest multi-connect technology. In short, you'll be making strafing passes in no time.