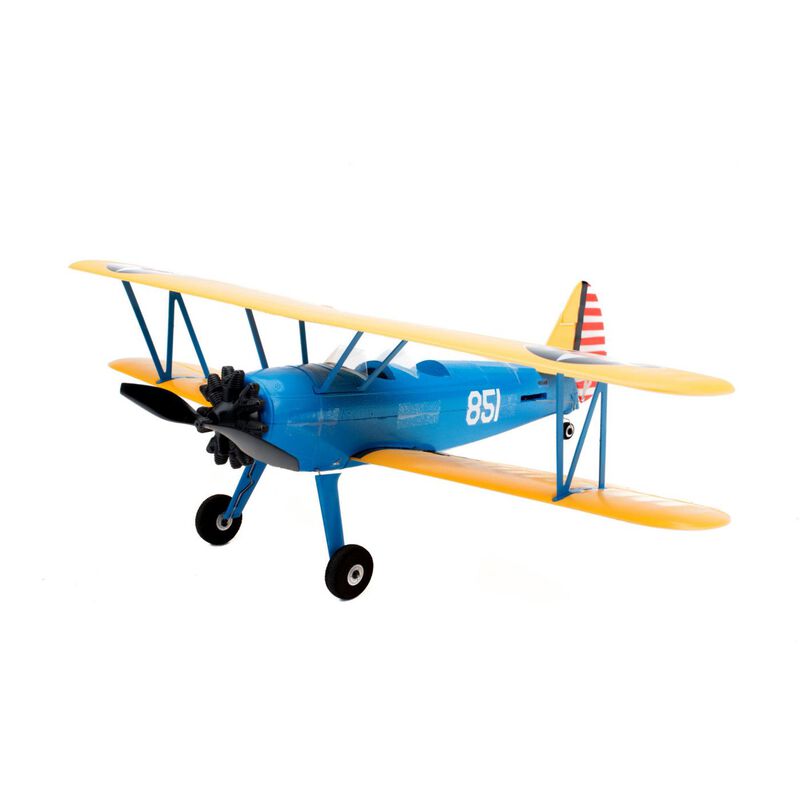 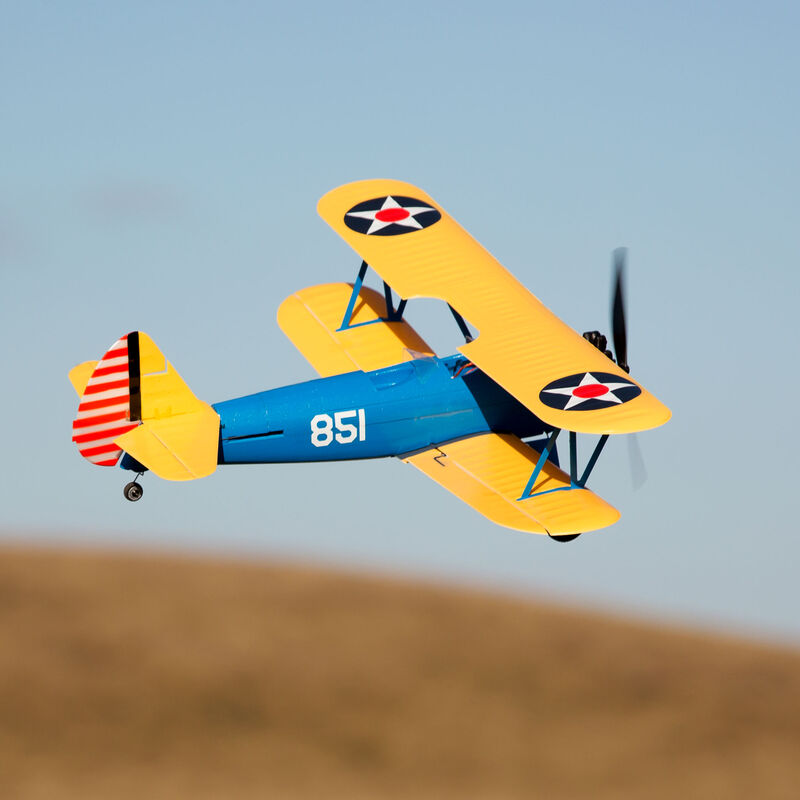 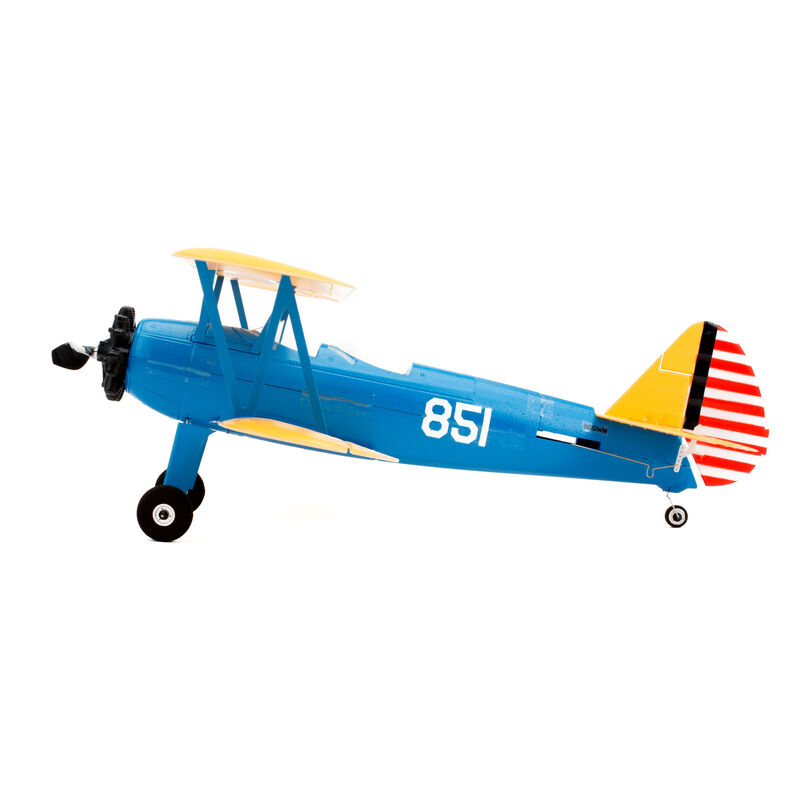 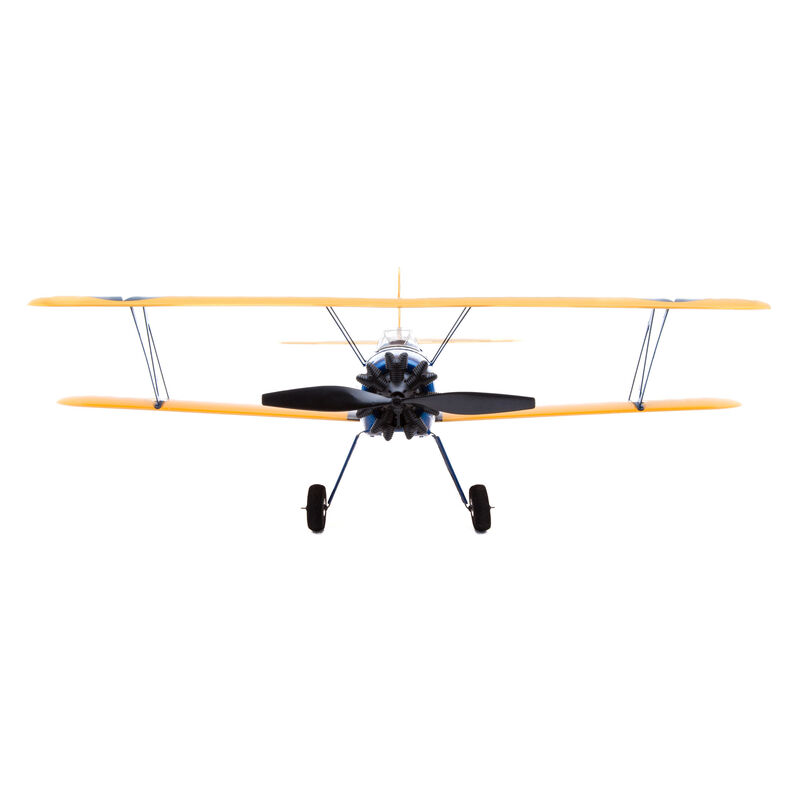 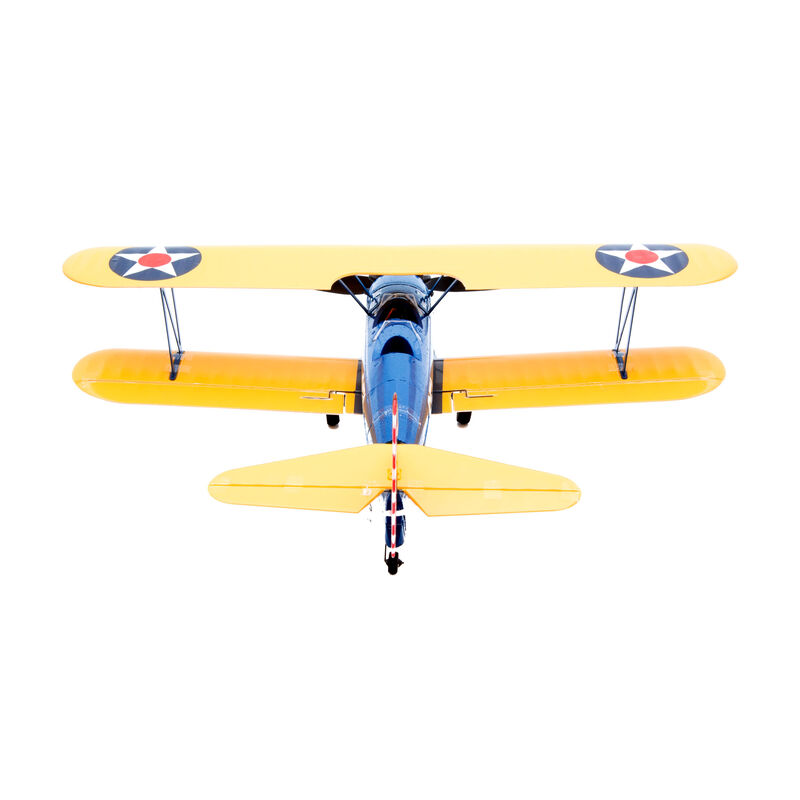 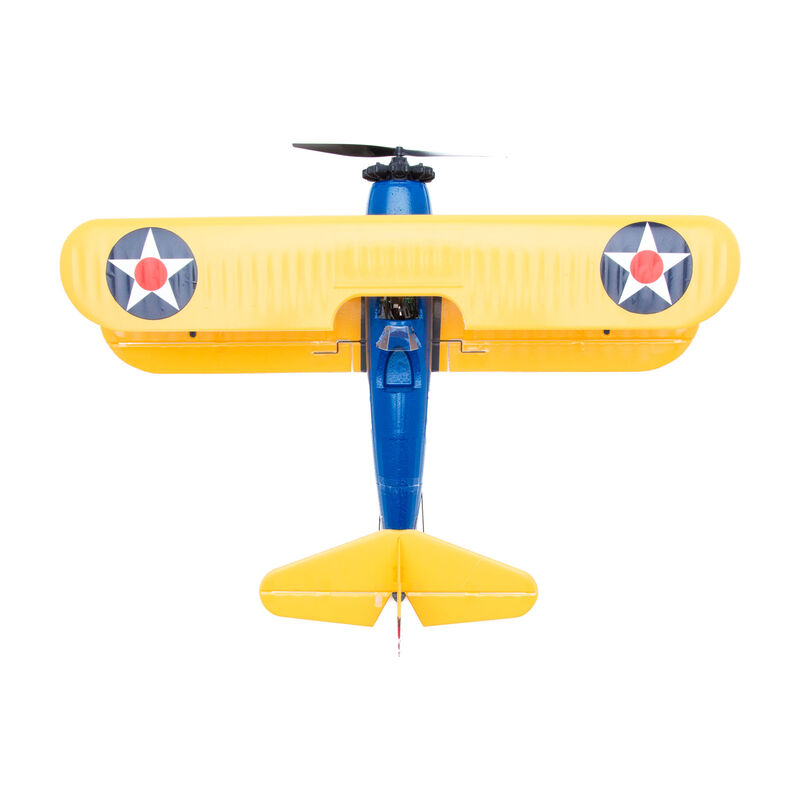 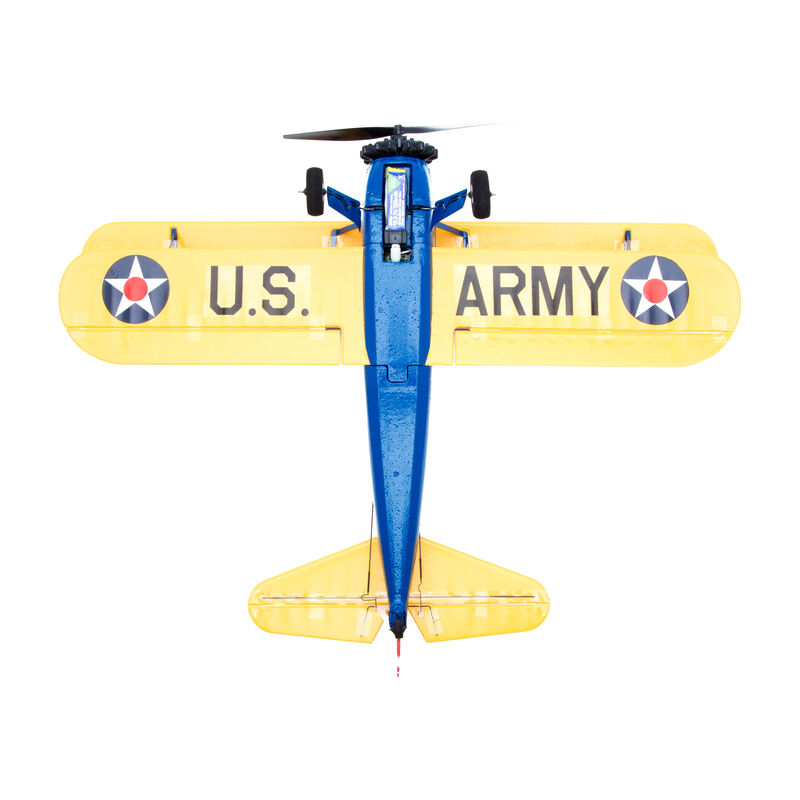 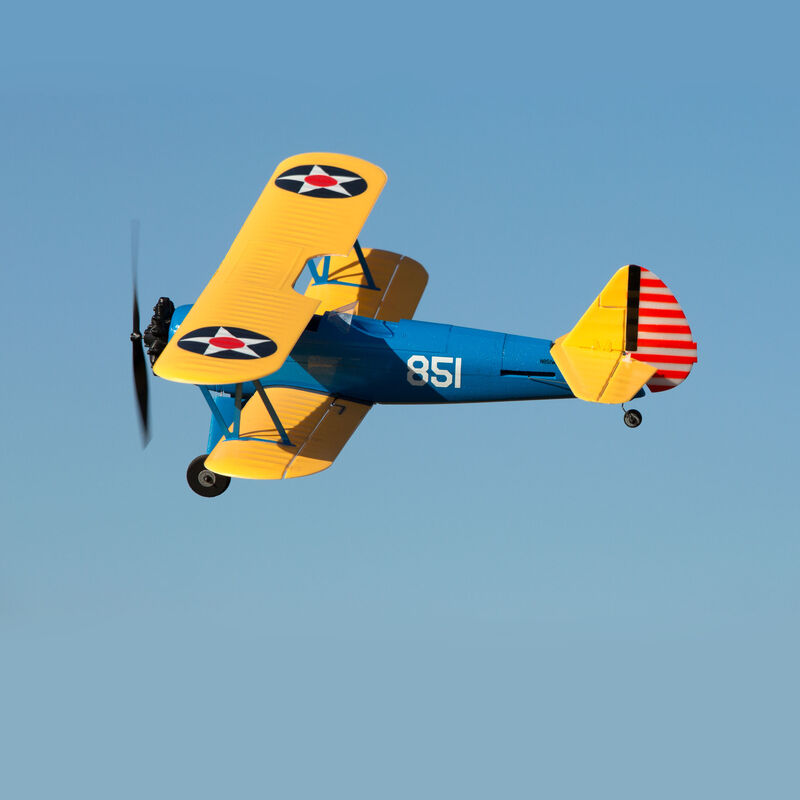 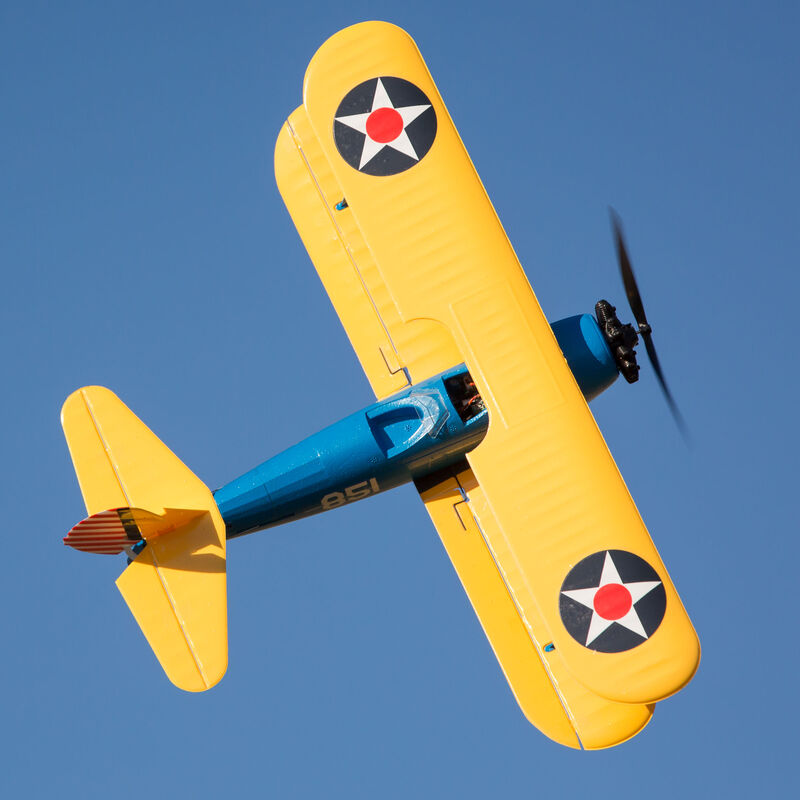 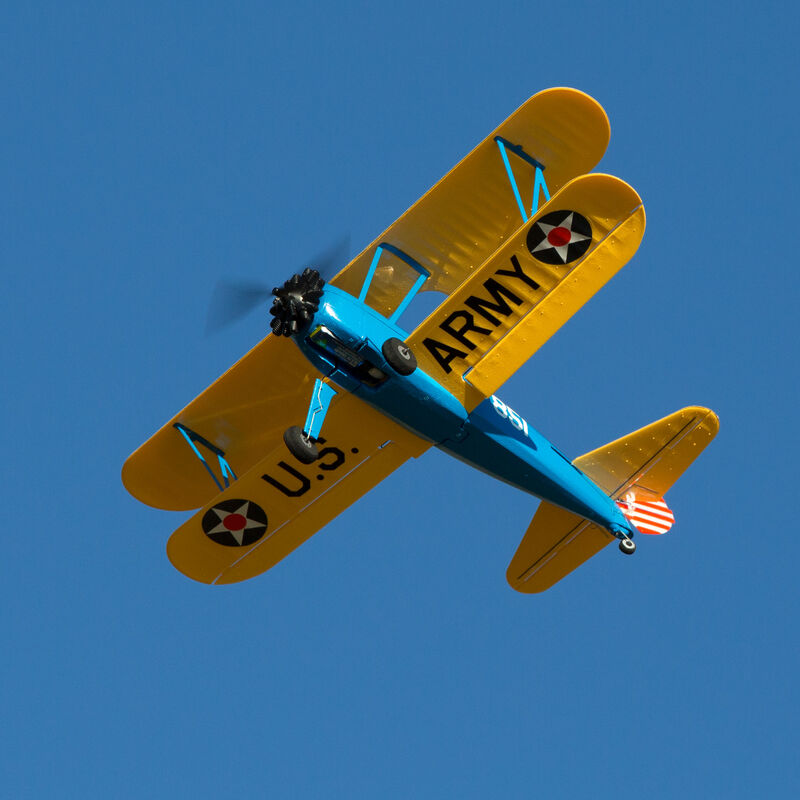 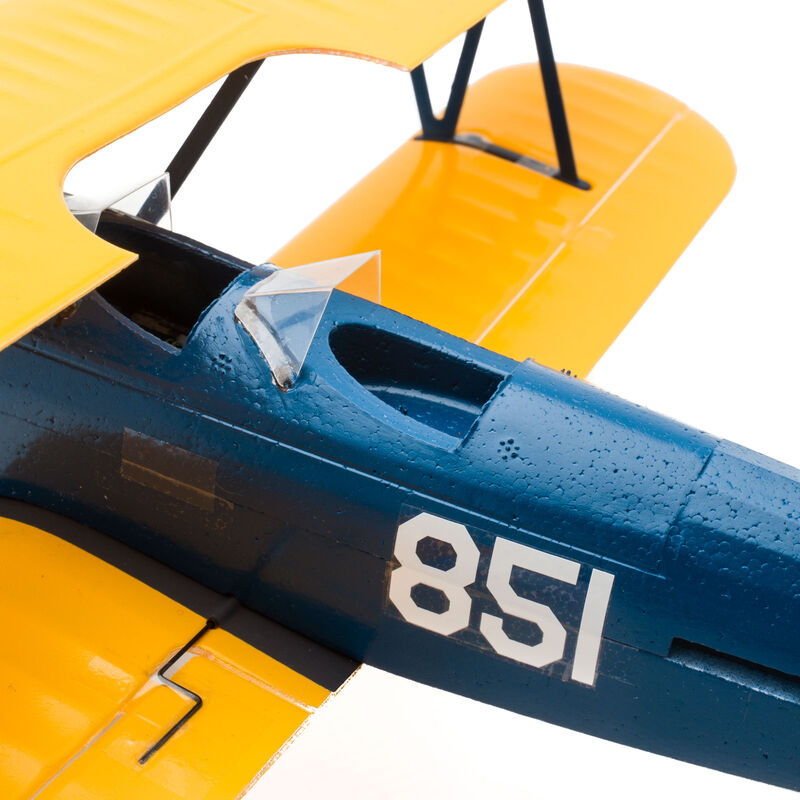 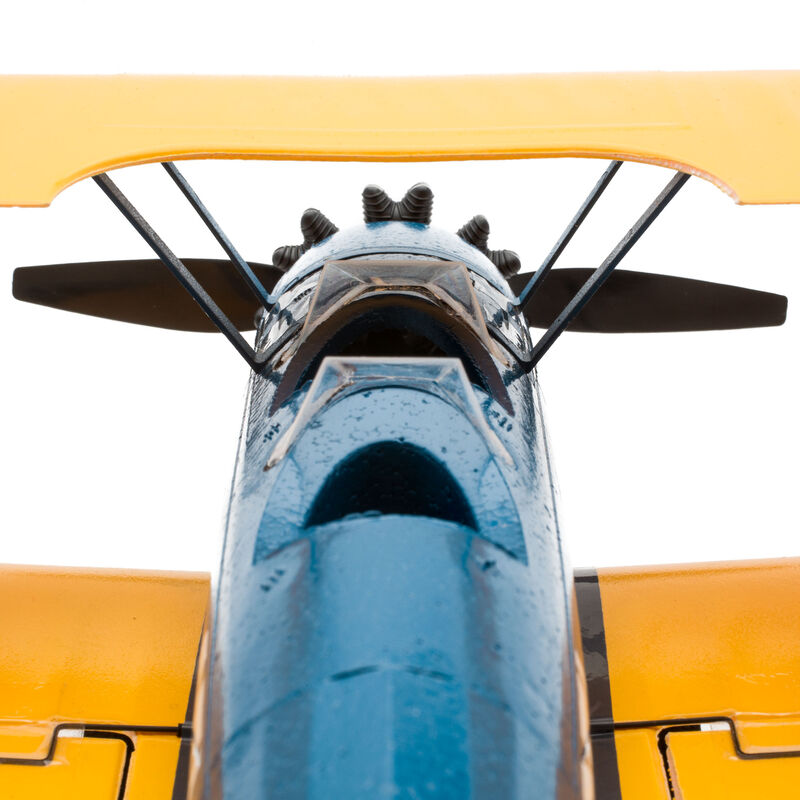 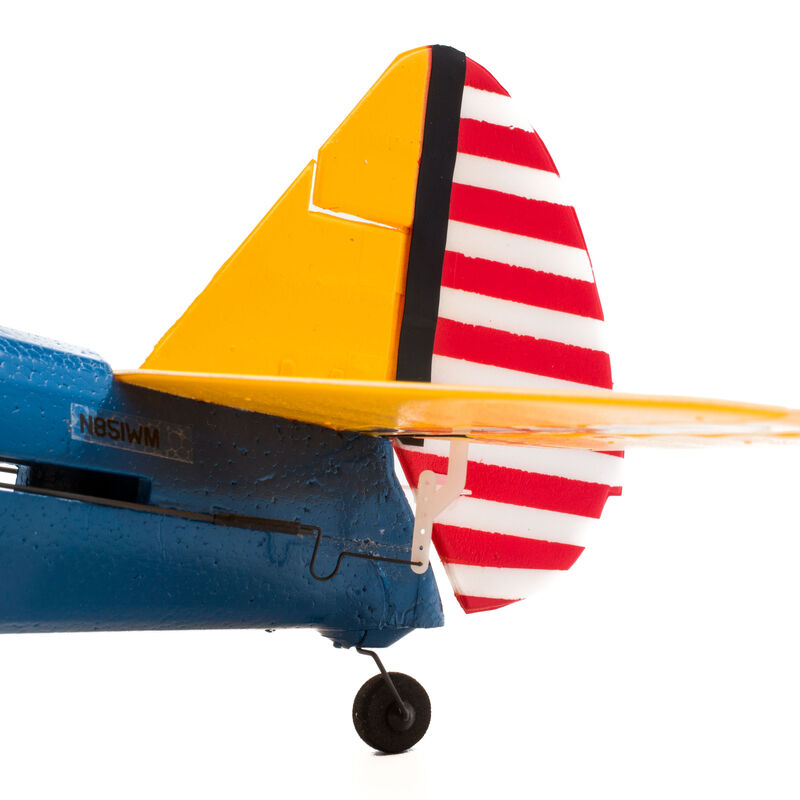 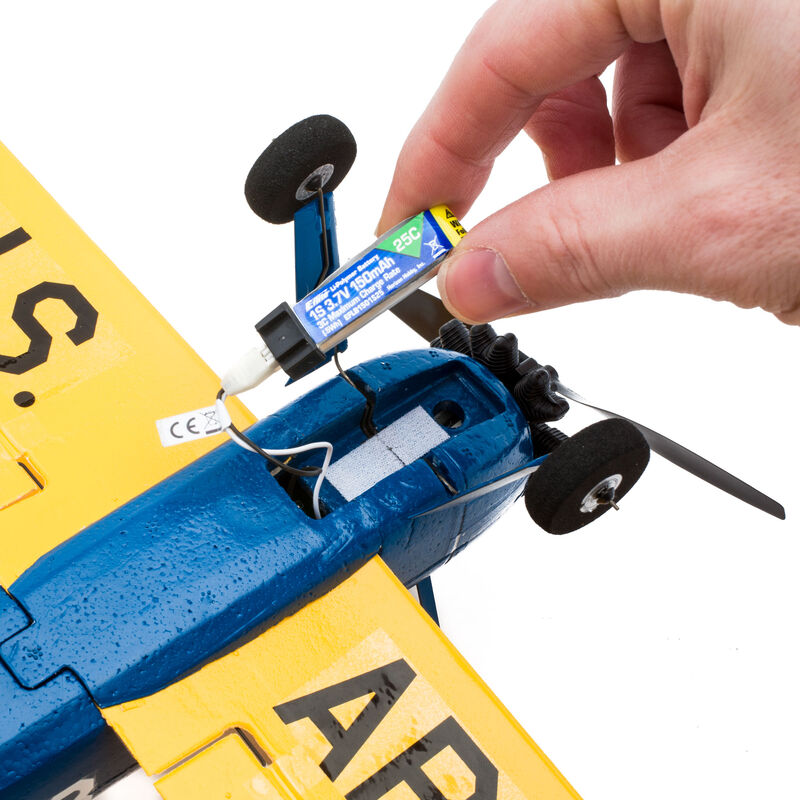 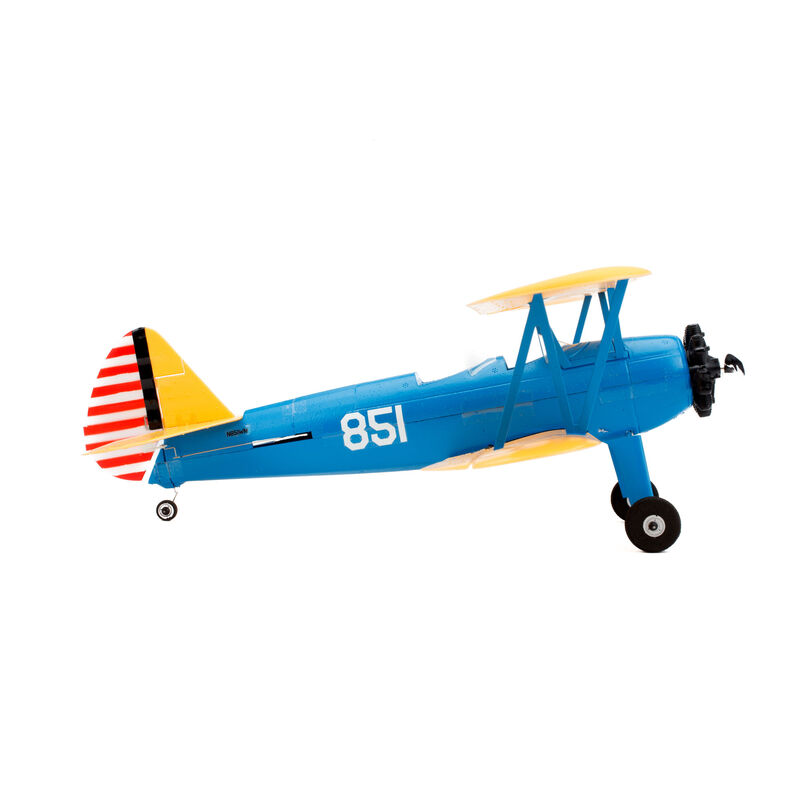 Item No. EFLU3080
This Item is No Longer Available 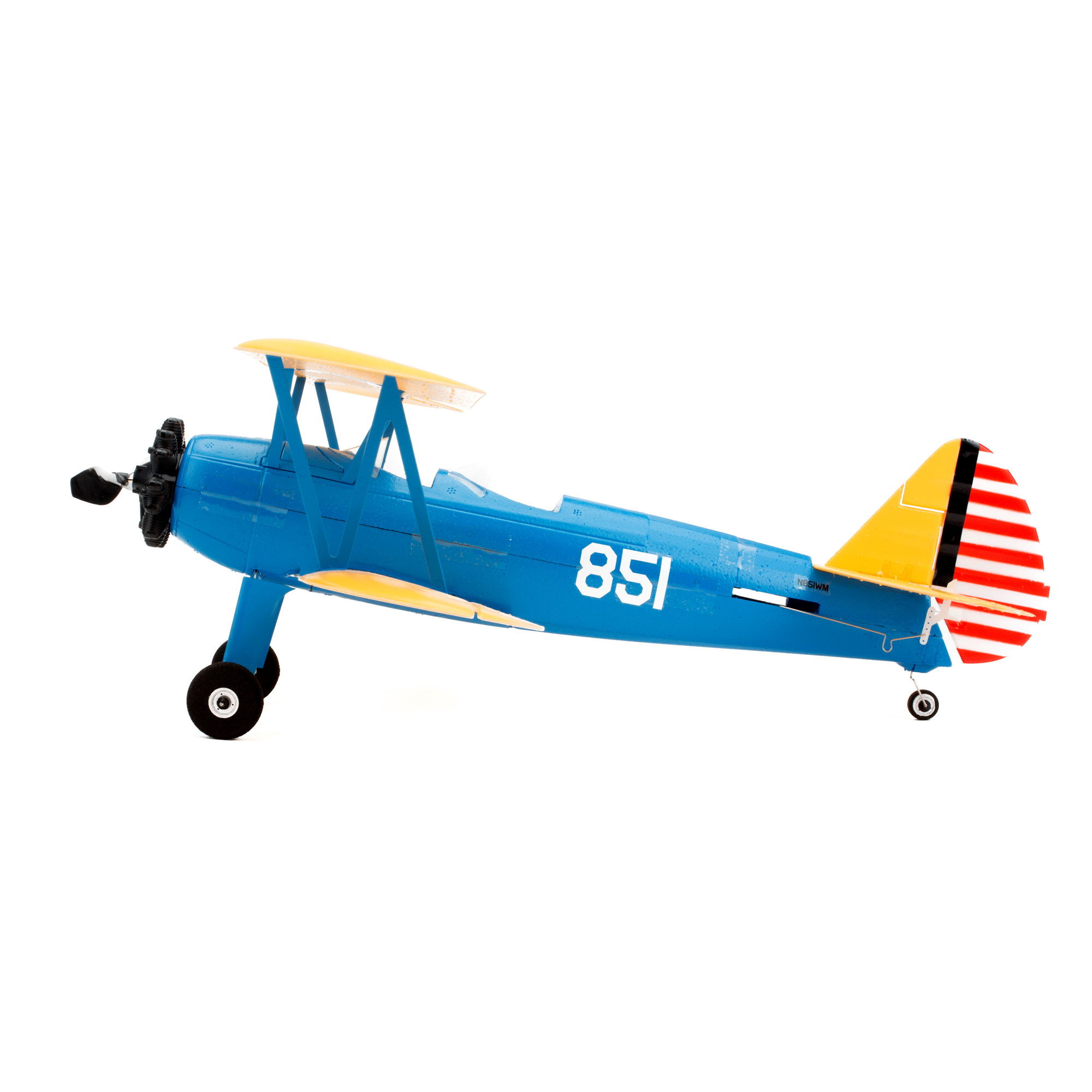 Built by the thousands to train pilots for the U.S. Army during WWII, hundreds of the PT-17 biplanes still fly. Many served as crop dusters and were given radial engines that doubled their horsepower. Not just tough, its well-mannered flight characteristics helped make it a general aviation treasure that's a popular sight at air shows around the world.

The E-flite UMX™ PT-17 is modeled after the beautiful PT-17 owned by Pat Hartness, founder of the Joe Nall event held at Triple Tree Aerodrome, in South Carolina. Fully assembled right out of the box, you can be ready to fly in the time it takes to charge the battery. From the distinct outline to the cylinder fins on the dummy radial engine, scale detail can be seen throughout. The result is an impressive looking model that offers full four-channel control for great handling on the ground and the maneuverability to perform scale aerobatics.

The advanced AS3X® (Artificial Stabilization – 3-aXis) system built into the Spektrum™ 6-channel ultra micro receiver is what helps give the UMX PT-17 an incredibly solid look and feel in the air. It's technology that works behind the scenes to help counter the effects of wind and turbulence by combining 3-axis sensing with exclusively tuned flight control software. As a result, your workload to fly smoothly is significantly reduced while control feel is always rock-solid so you can make maneuvers like low and slow passes laser-straight. It's an impressive flight experience that will have you feeling like you're at the controls of an expertly-tuned airplane that's much larger.

All you need to start flying the UMX PT-17 as soon as possible is a 4+ channel transmitter with Spektrum DSM2®/DSMX 2.4GHz technology.