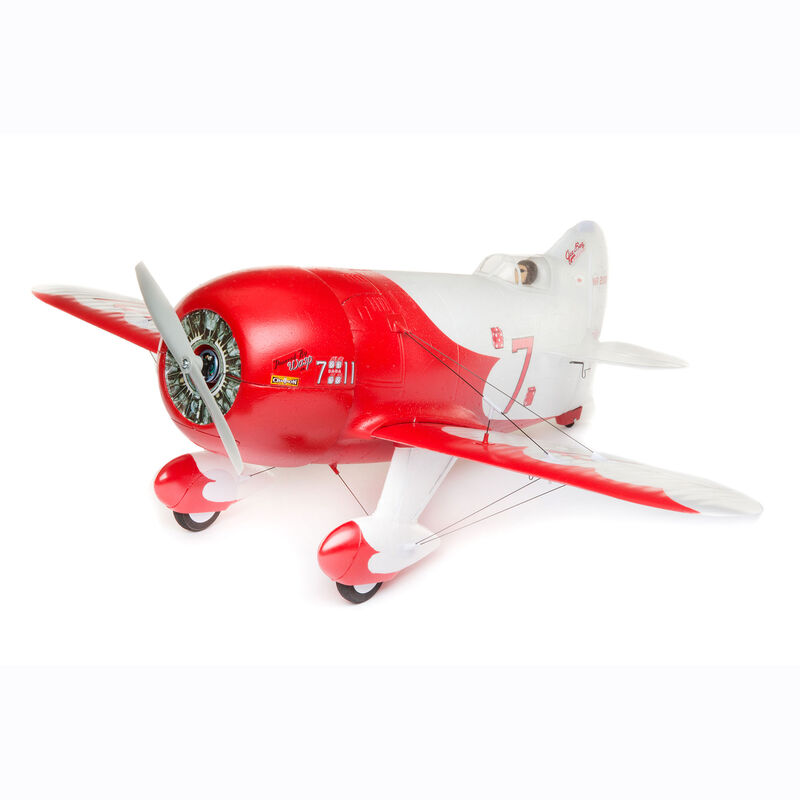 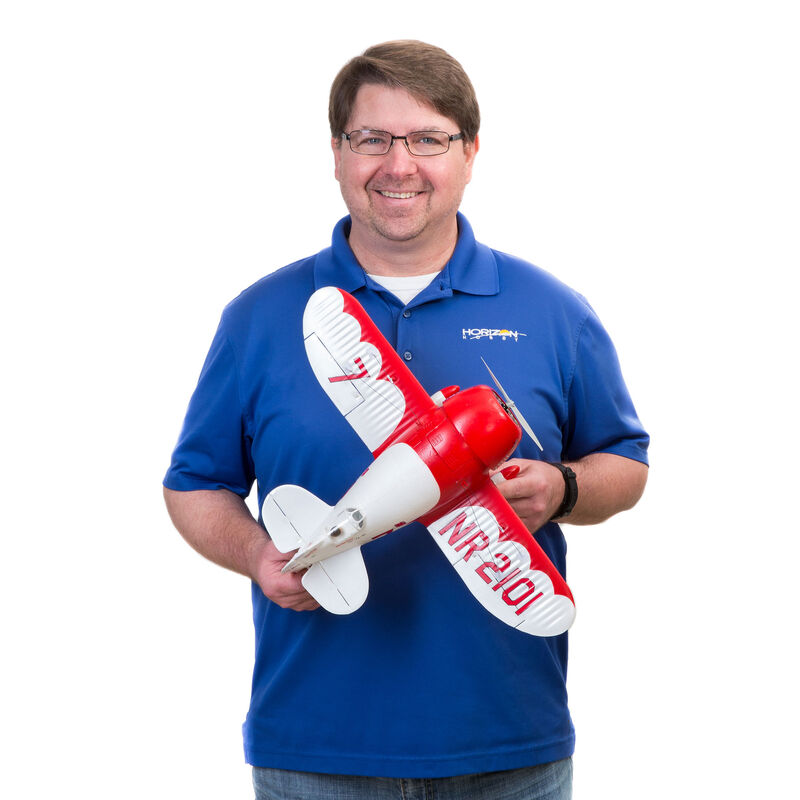 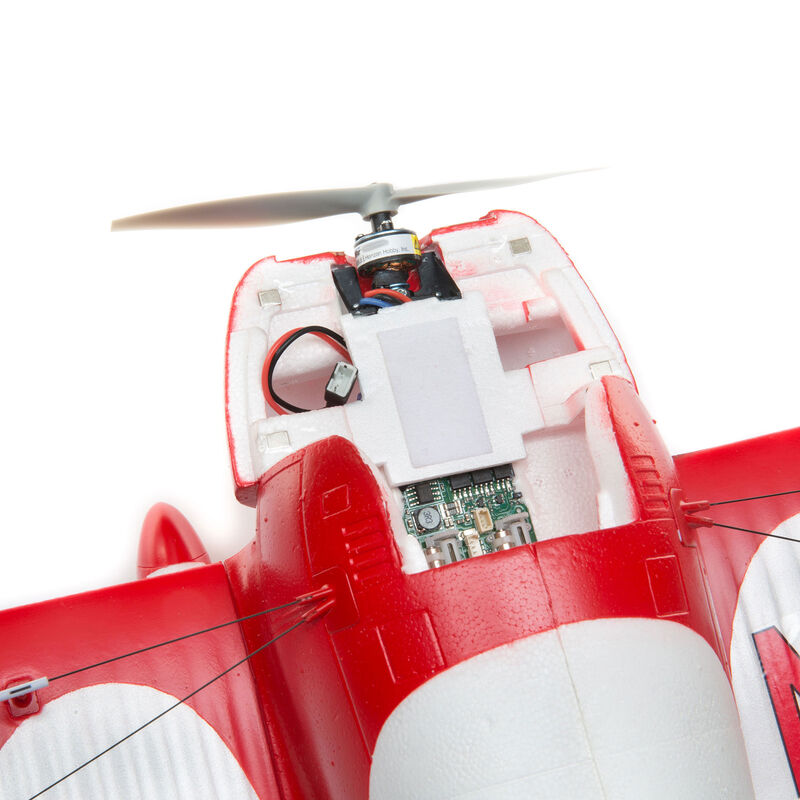 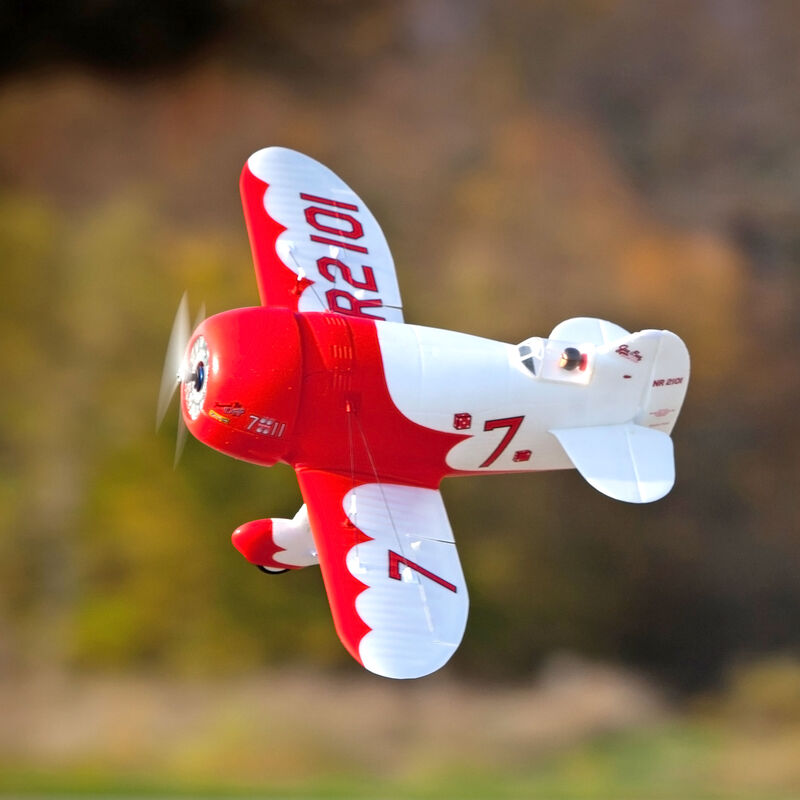 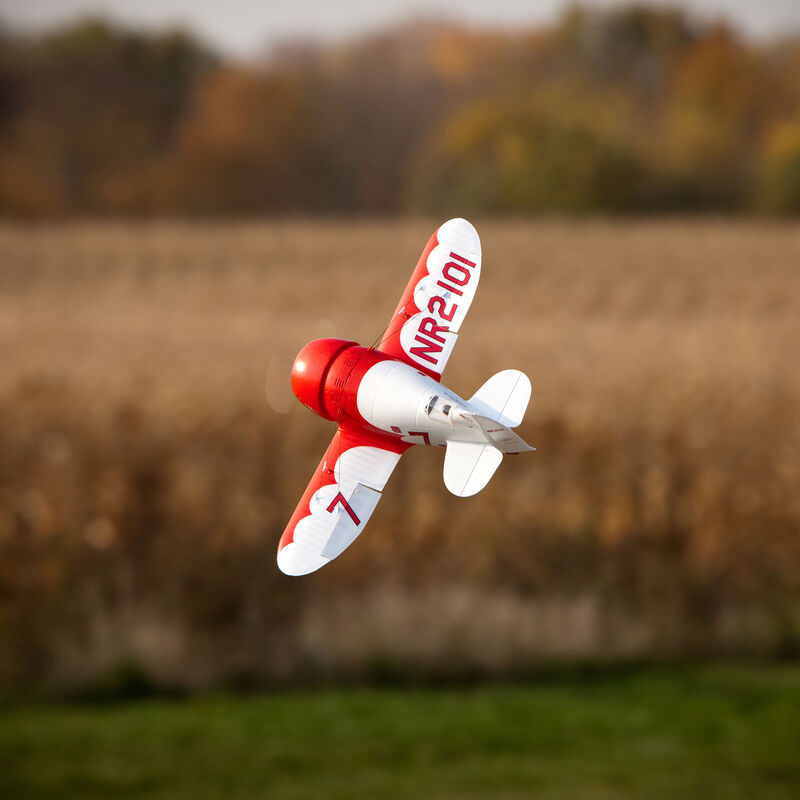 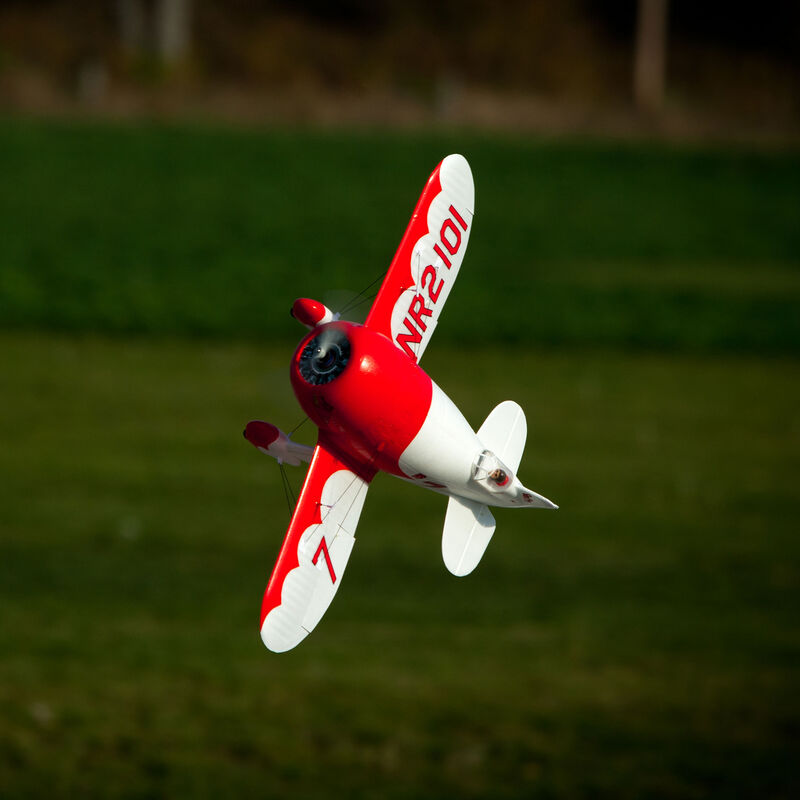 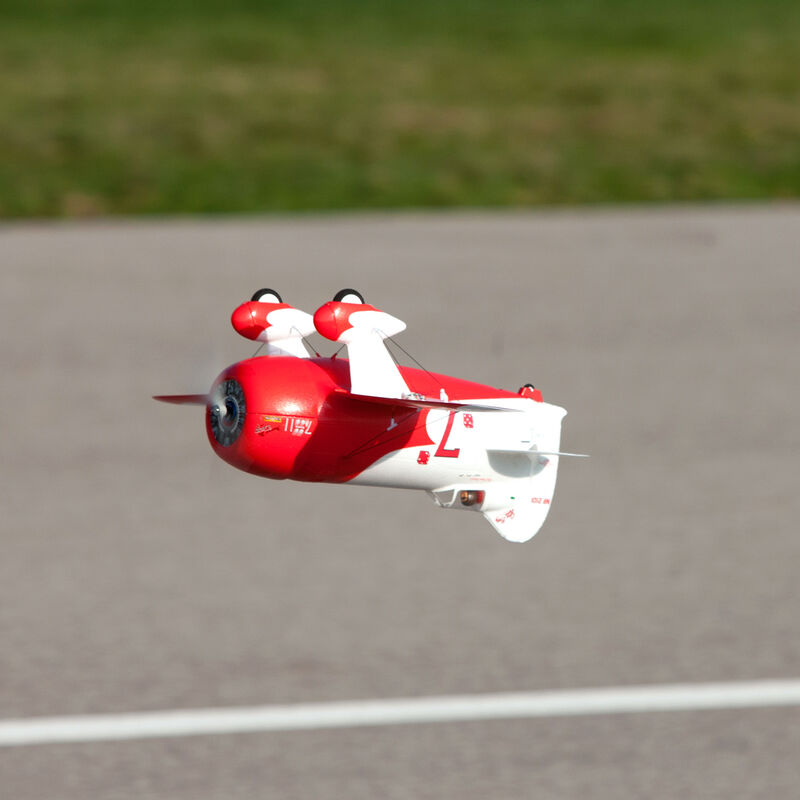 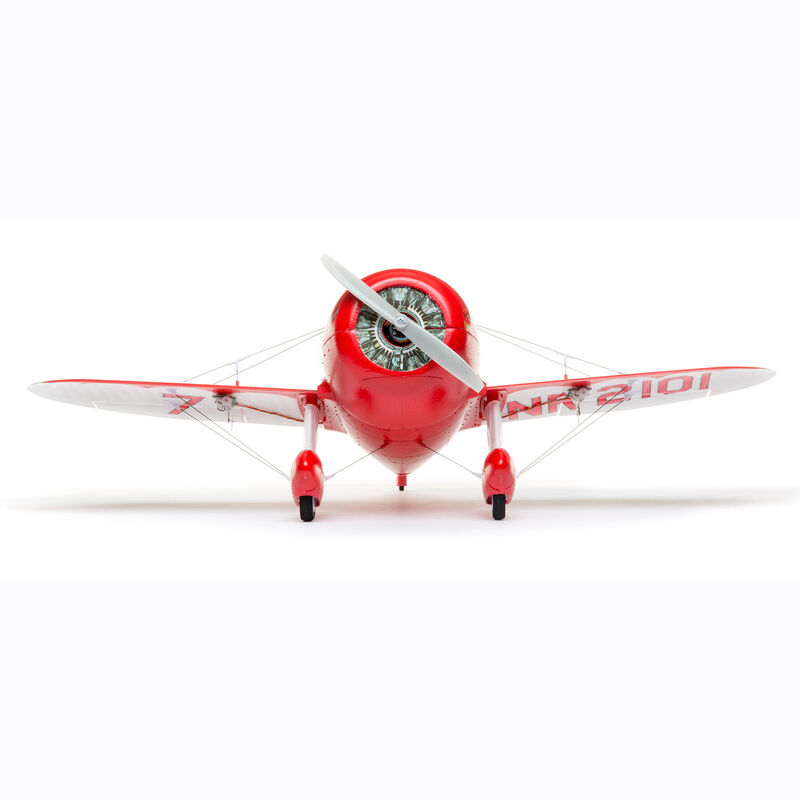 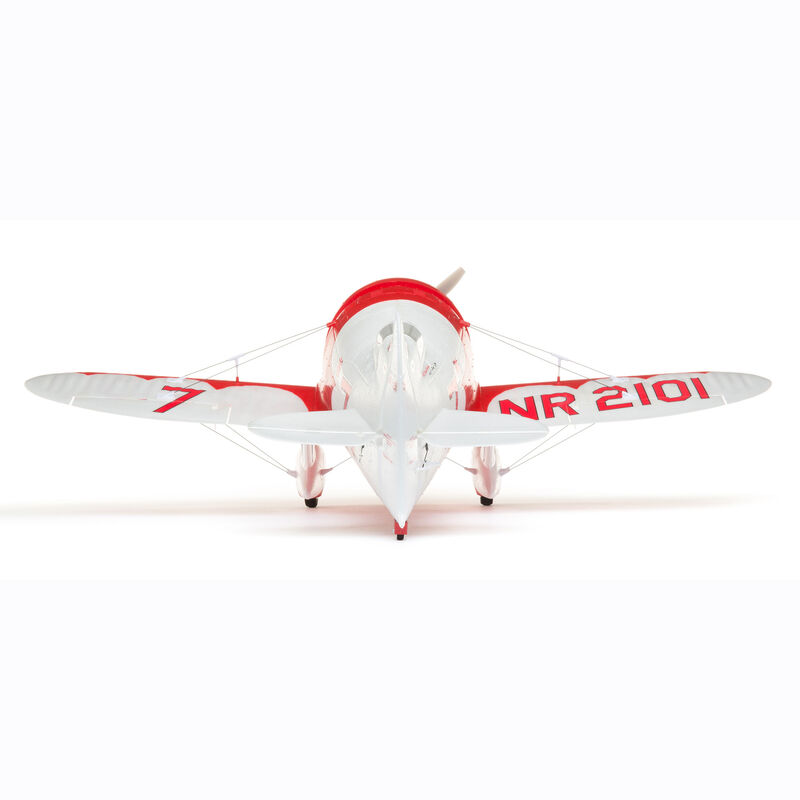 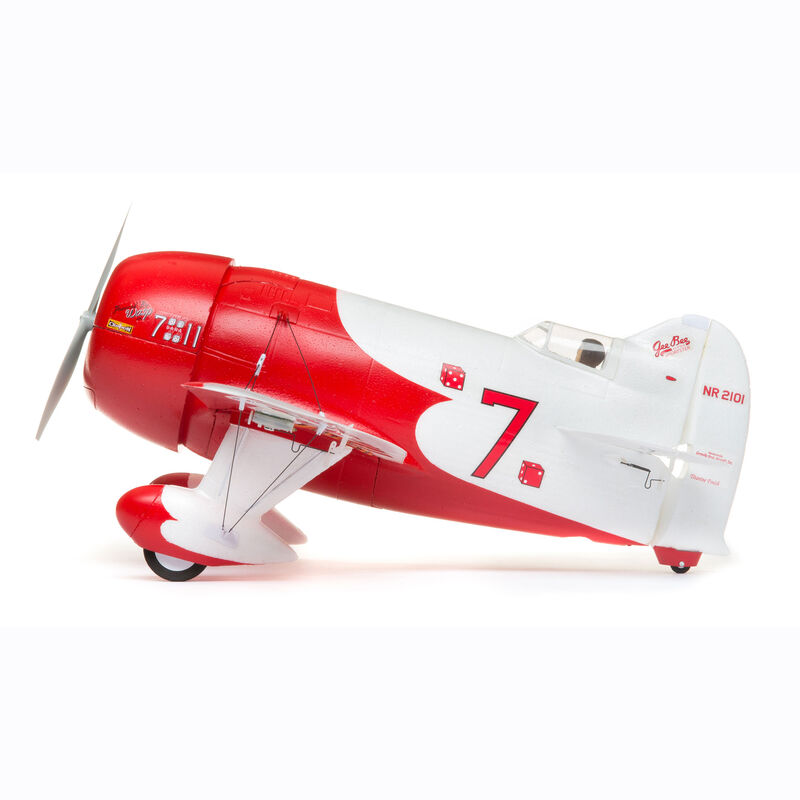 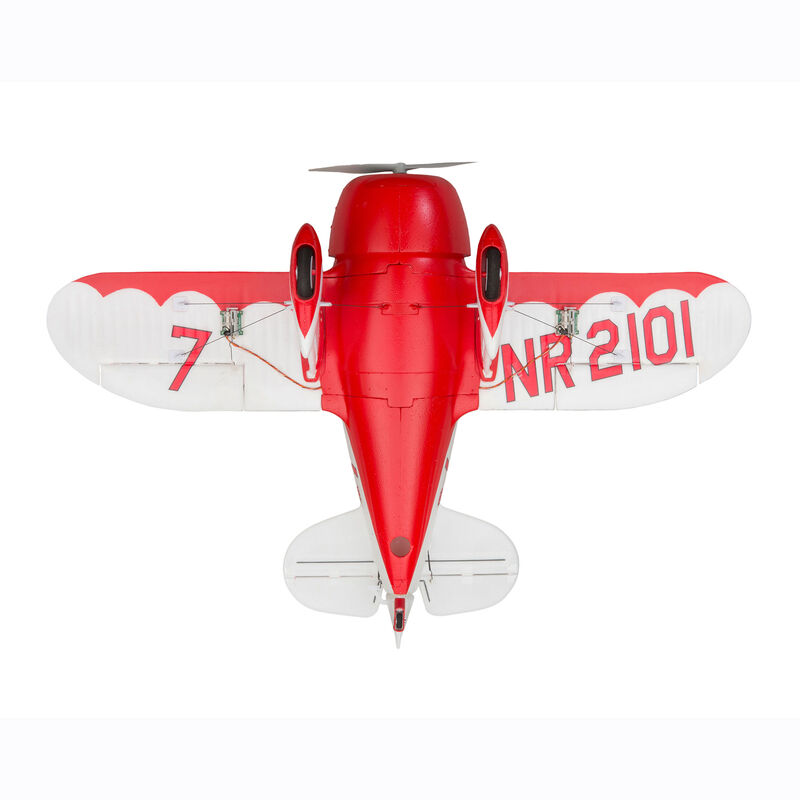 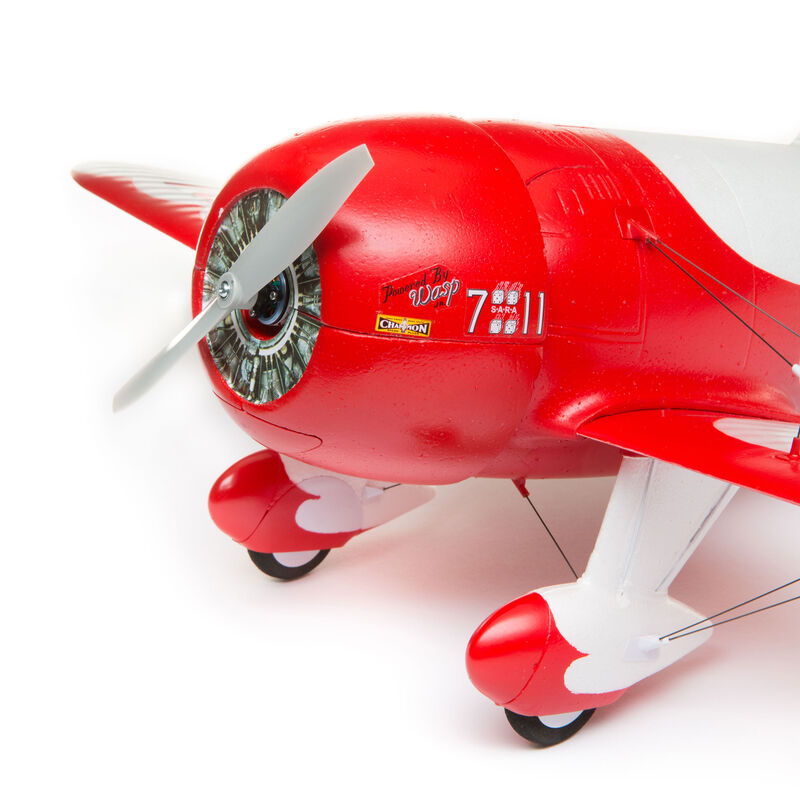 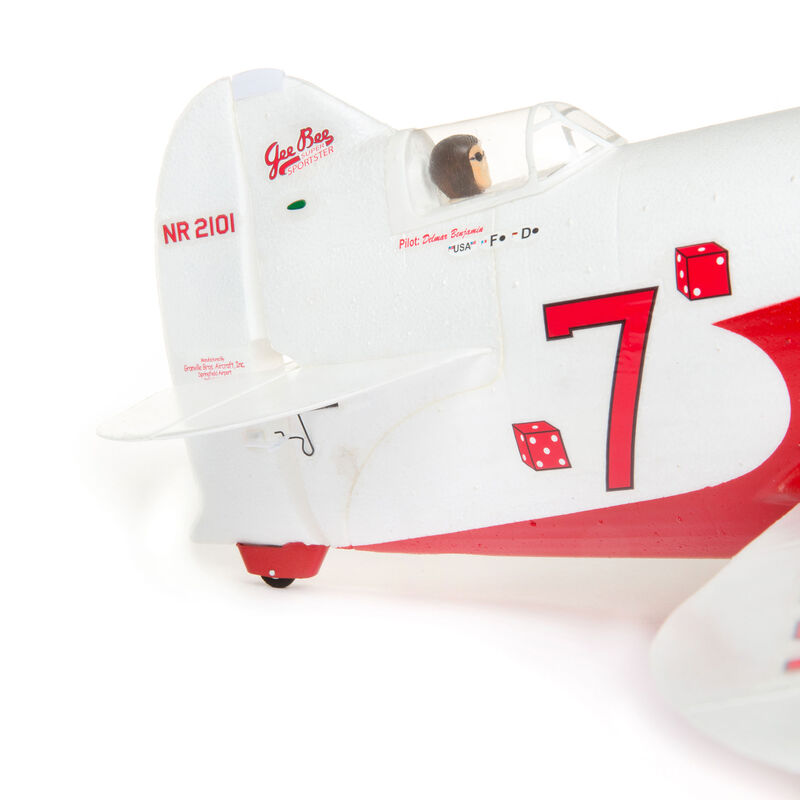 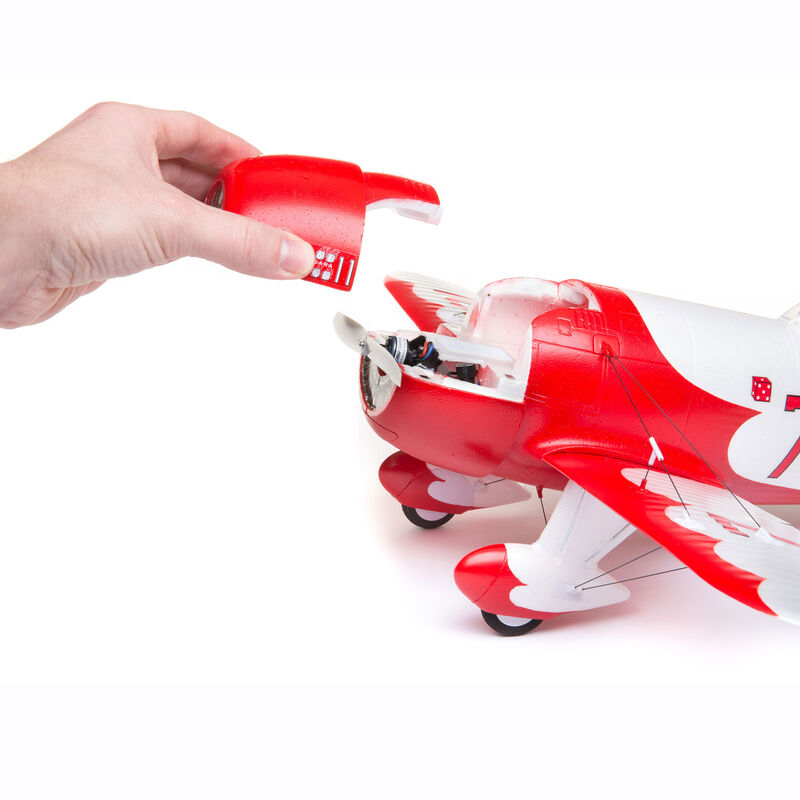 Item No. EFLU6150
This Item is No Longer Available

Gee Bee® aircraft were among the pioneering pylon racing designs that captivated just about everyone during aviation’s Golden Age. Their cutting-edge, teardrop-shaped designs coupled with small wings and control surfaces required a skillful hand to fly well, but with the right pilot they dominated the race course. Back by popular demand, the E-flite® UMX™ Gee Bee R-2 returns with more power plus exclusive AS3X® and optional-use SAFE® Select technologies that make it faster, easier and more enjoyable for a wider range of pilots to fly than ever before.

The E-flite® UMX™ Gee Bee R-2 ultra-micro model is ready to groove through the skies just about anywhere because it features specially-tuned handling more in common with a friendly sport model than a short-coupled golden-age racer. Awe-inspiring with an authentic scale outline and abundant details such as flying wires and a pilot, this replica offers handling so remarkably smooth, you’ll want to fly it every day. AS3X® technology works behind the scenes to help you enjoy the outstanding control you always wanted but never thought possible in a small airplane, let alone in a model of the Gee Bee. Optional-use SAFE® Select flight envelope protection technology features the assistance of automatic self-leveling and pitch and bank angle limits that make it possible to successfully fly such a unique design even if you’re a relatively new RC pilot. Plus, it’s equipped with a 3600Kv brushless motor that delivers more speed and thrust resulting in a model of the classic Gee Bee that’s a dream to fly while offering an exciting and incredibly unique flight experience. 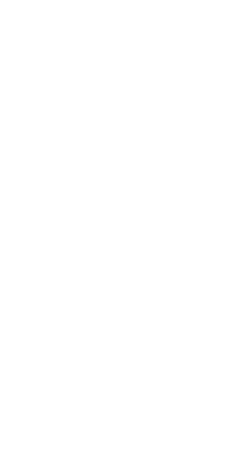 This Bind-N-Fly® Basic model is equipped with a 6-channel 2.4GHz DSMX® receiver featuring AS3X (Artificial Stabilization – 3-aXis) technology that works behind the scenes to smooth out the effects of wind and turbulence so you enjoy a sense of stability and precision that makes it feel like you're flying a larger, expertly tuned aircraft.

If you’re a relatively new pilot or want an extra margin of safety while familiarizing yourself with the airplane, you can enable optional SAFE® Select flight envelope protection technology built into the receiver.

The UMX Gee Bee R-2 model arrives 100% factory-assembled and ready to fly right out of the box. It's equipped with Spektrum® 2.4GHz technology that binds to your 5+ channel DSMX®/DSM2® equipped transmitter so you can be flying within minutes of opening the box. 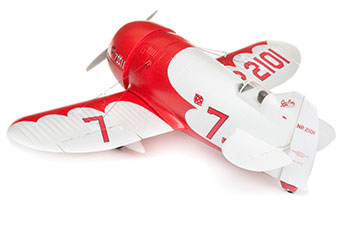 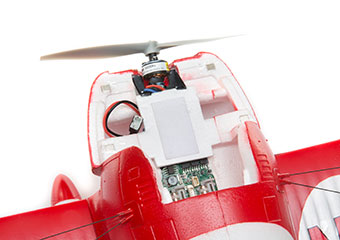 You get all the detail of a full-featured replica that includes the look of stretched covering, flying wires, wheel pants and a pilot, yet the entire model is remarkably lightweight so the best flying experience possible shines through. 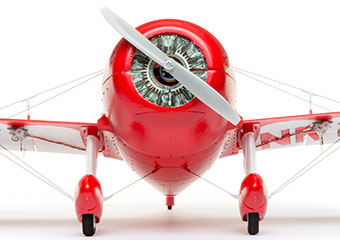 I picked mine up on eBay with a free 280mah battery. I think horizon needs to offer free batteries with these little fellas, it just makes sense. The batteries are only several dollars, but add to the nickel and dime affect that the infectious SALES TAX has put on this site. Throw in a free battery with the micros, and you'll sell a lot more.

Flies on rails with the AS3X, no surprise. Throttle produces little acceleration above 1/4 throttle, and she flies actually very well at low speeds. I was amazed that she actually glides!

I have several of these UMX planes, I like some better than others, and they all certainly have different characteristics. This one, or at least the one I got, tends to be VERY pitchy and porpoises its nose in safe mode. Even with the battery all the way forward it tends to feel tail heavy, though it is slightly nose heavy according the the balance point. That makes it a challenge to land without putting it down hard.

Another difference is that the GeeBee R2 with this new &quot;more powerful&quot; motor definitely eats the 280mah battery in about 3-4 minutes, even when I keep it at mid to low throttle - so I have my radio timer set to 3 minutes. My other UMXs are all at least 5 minutes or more on the same battery, but that is just the nature of this VERY chubby little plane.

That aside, I can't help but love this plane. Its pretty funny looking and in the air it definitely cruises through nice standard stunts like loops and rolls without a second thought. I have flown it about 15 times now and as long as there is no or very little wind, it behaves itself nicely. I would not fly in winds over 4mph though as the plane becomes very unstable, even with the AS3X.