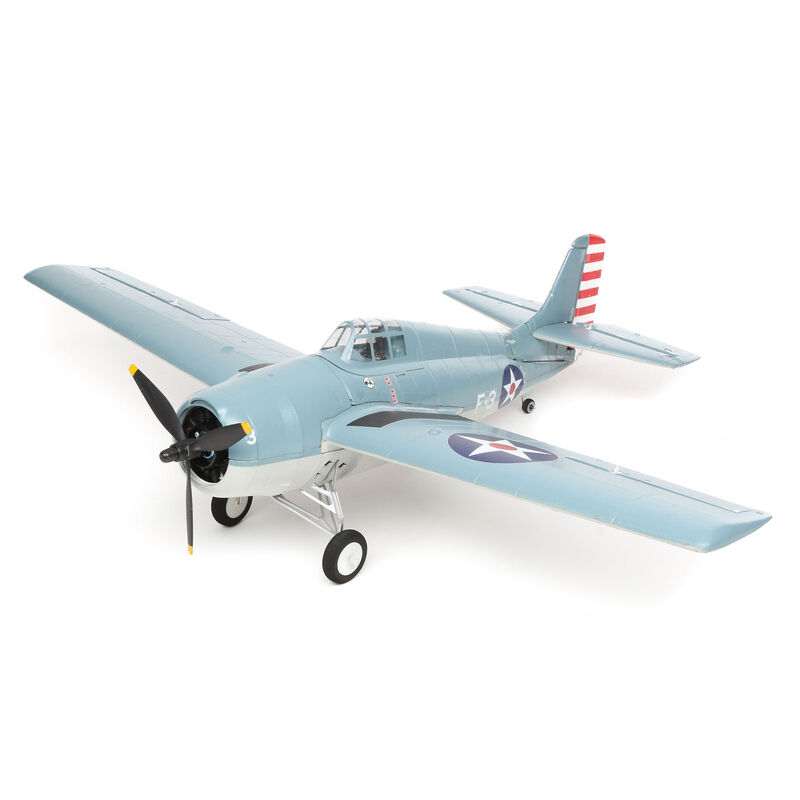 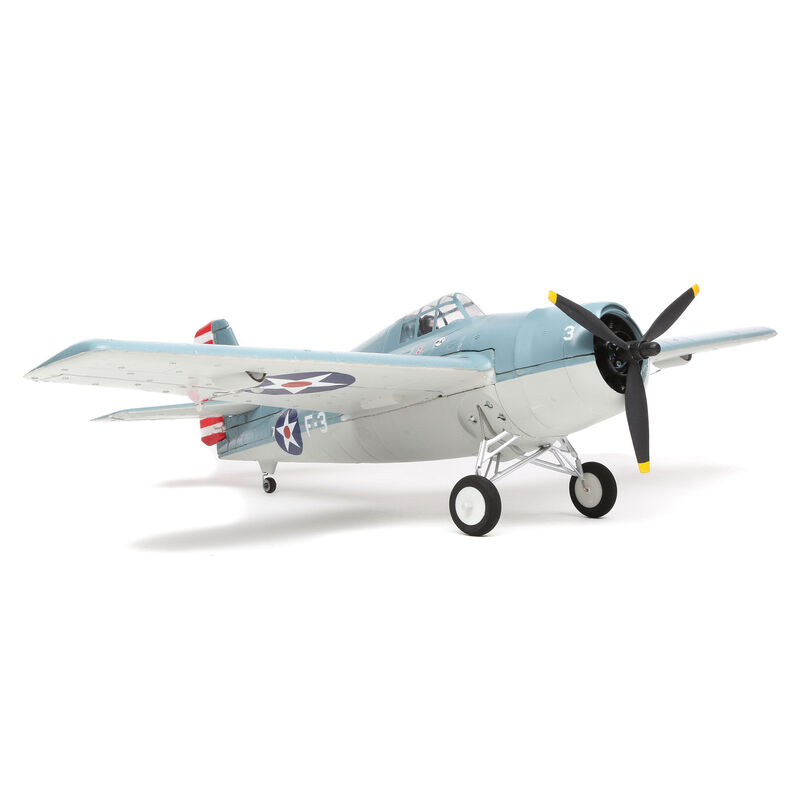 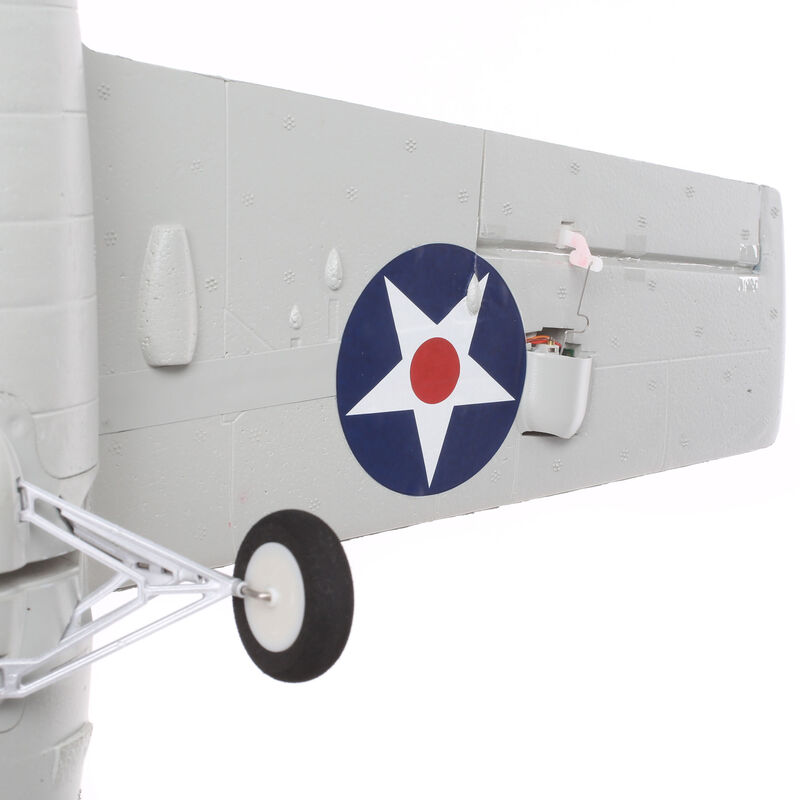 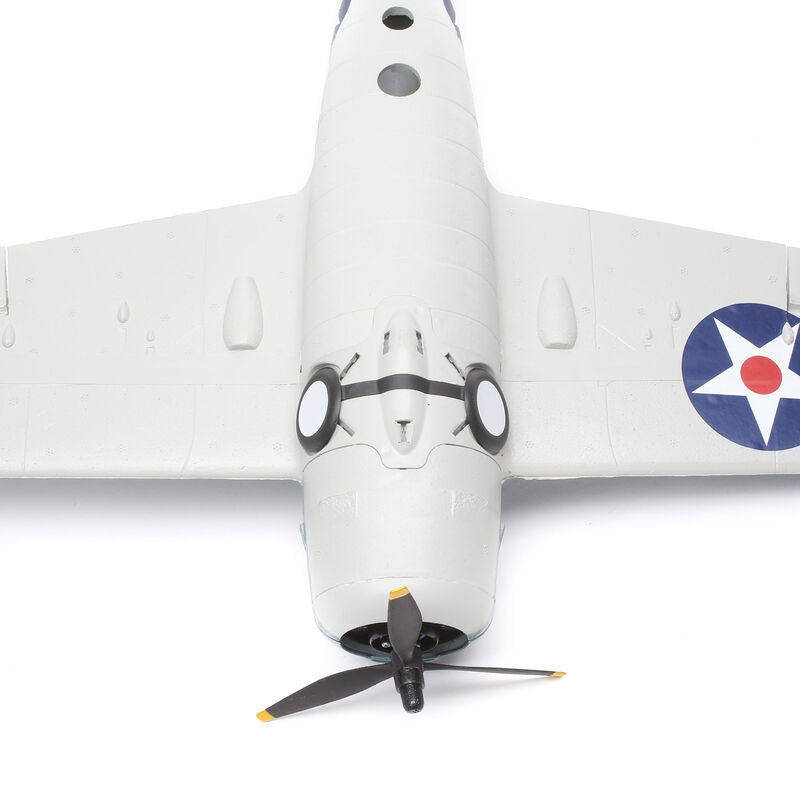 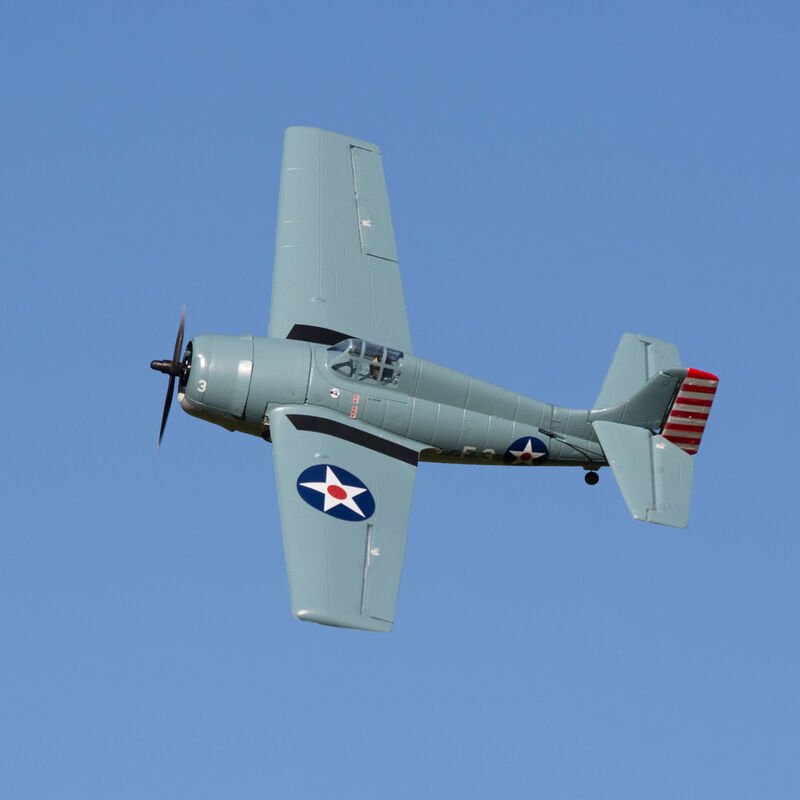 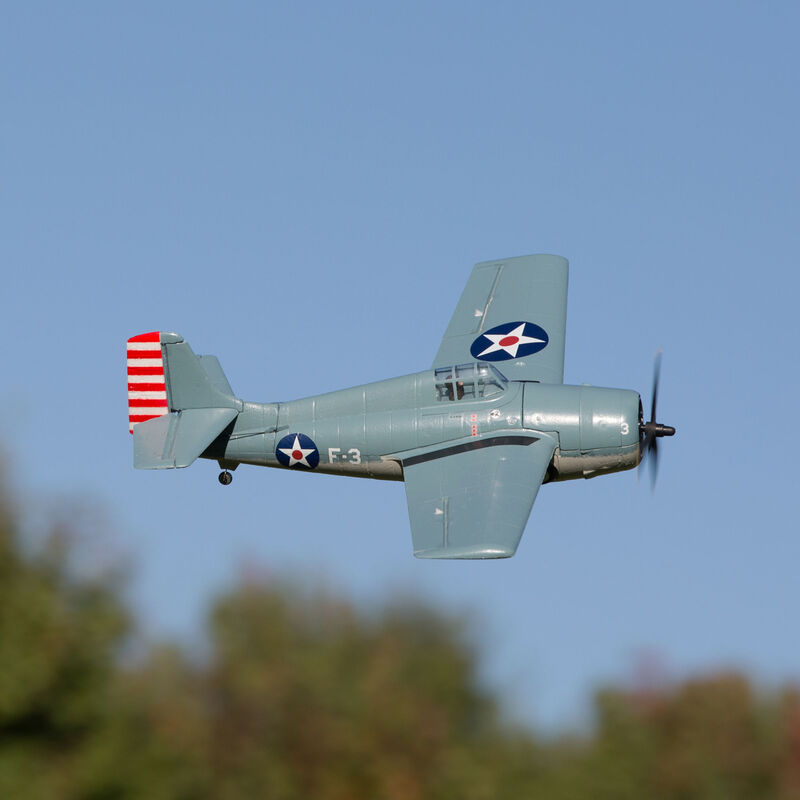 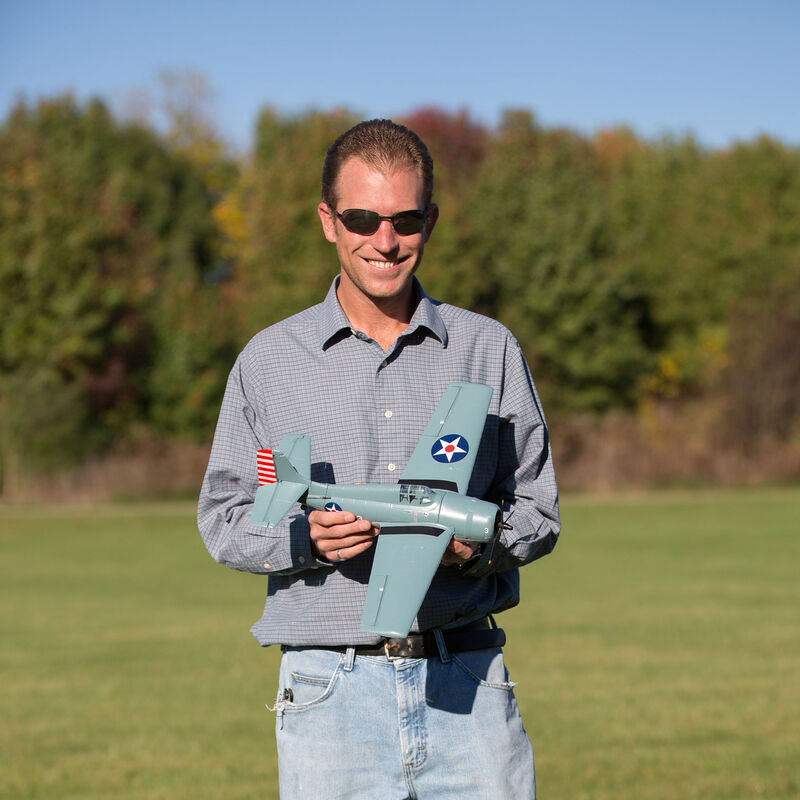 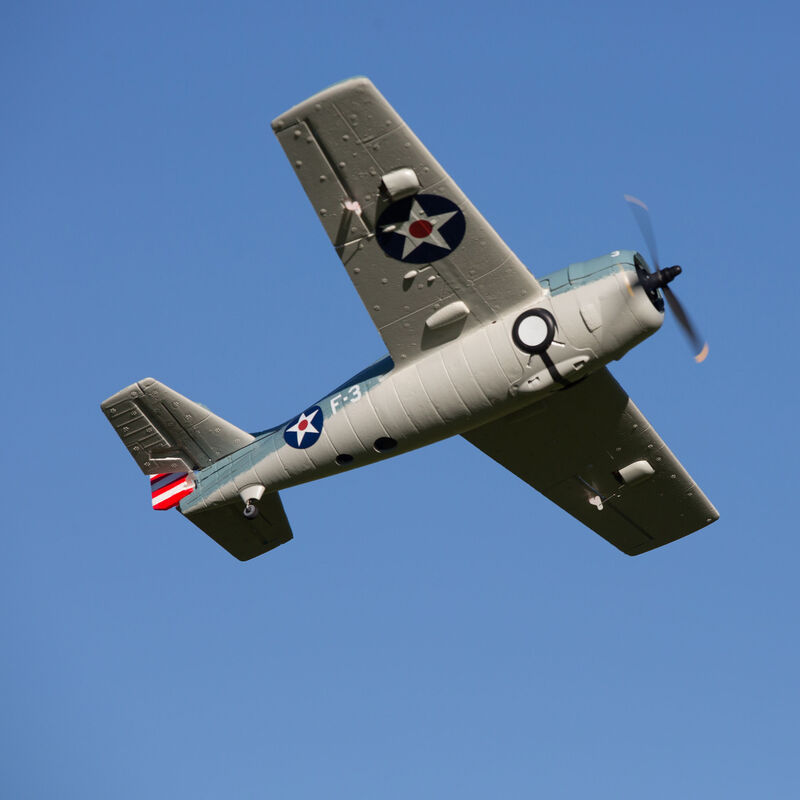 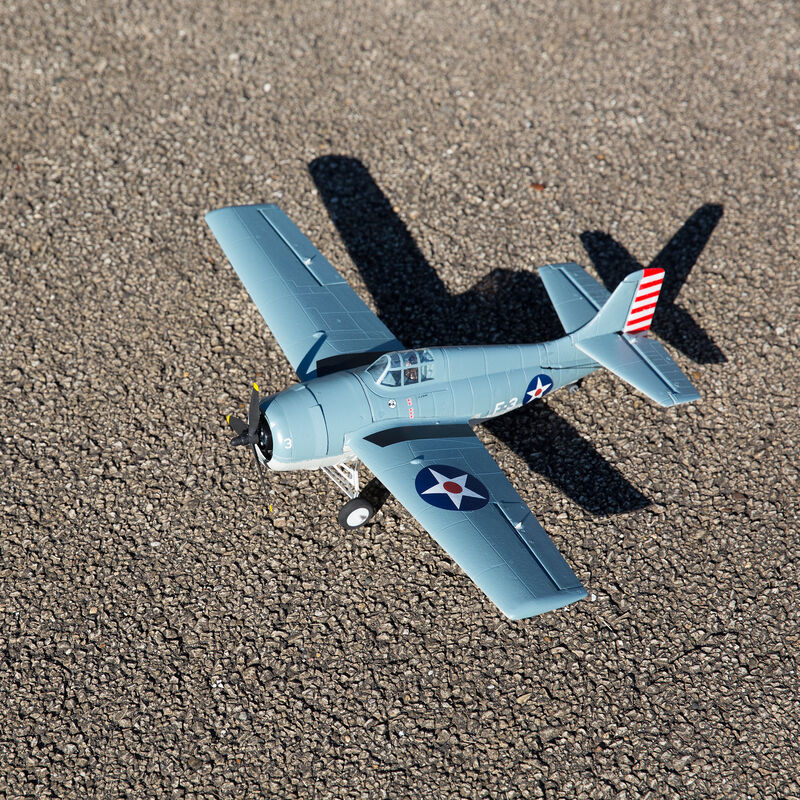 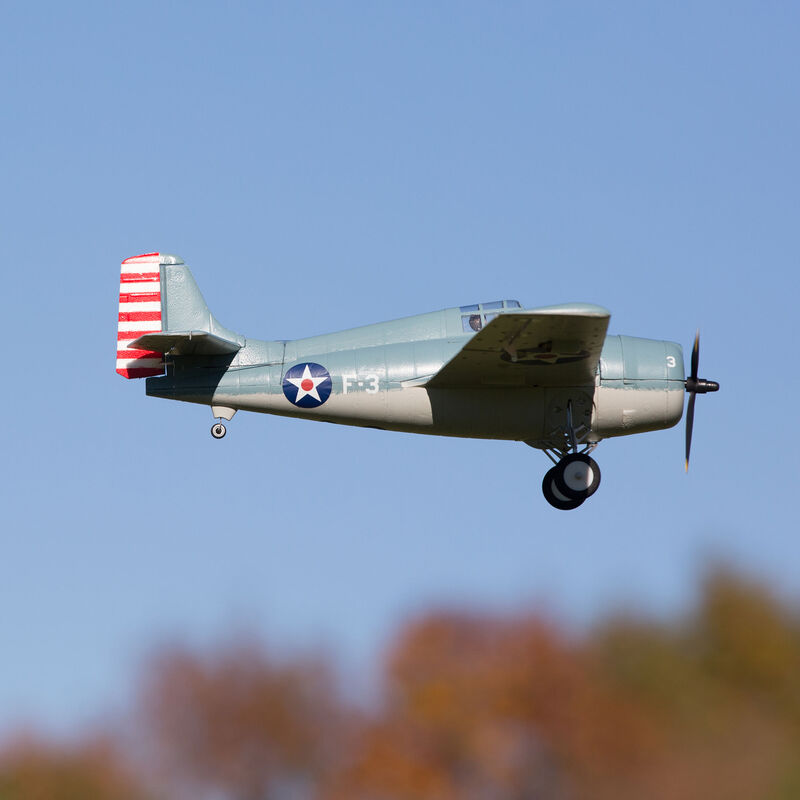 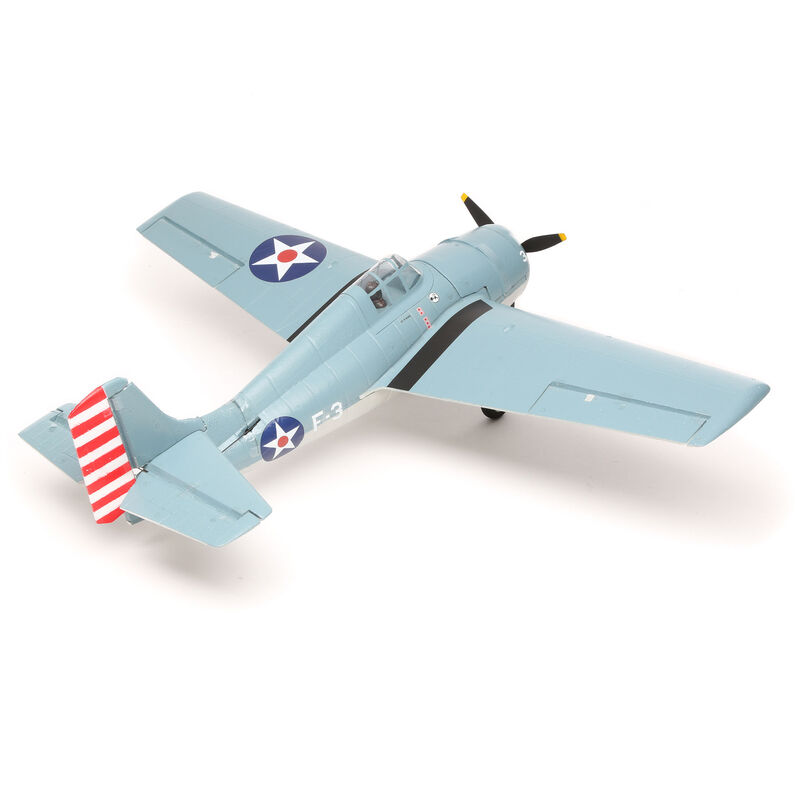 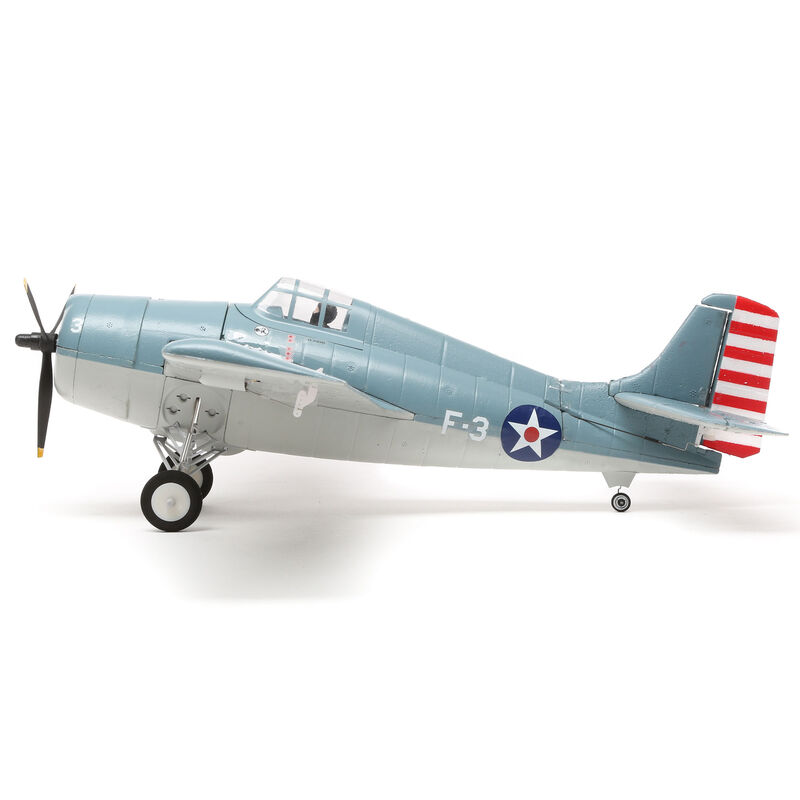 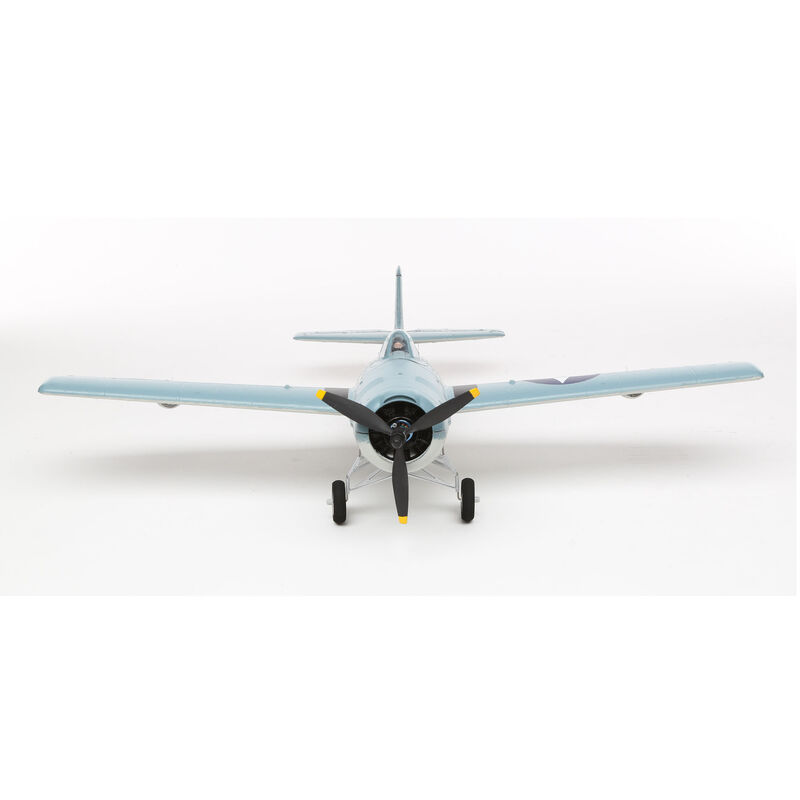 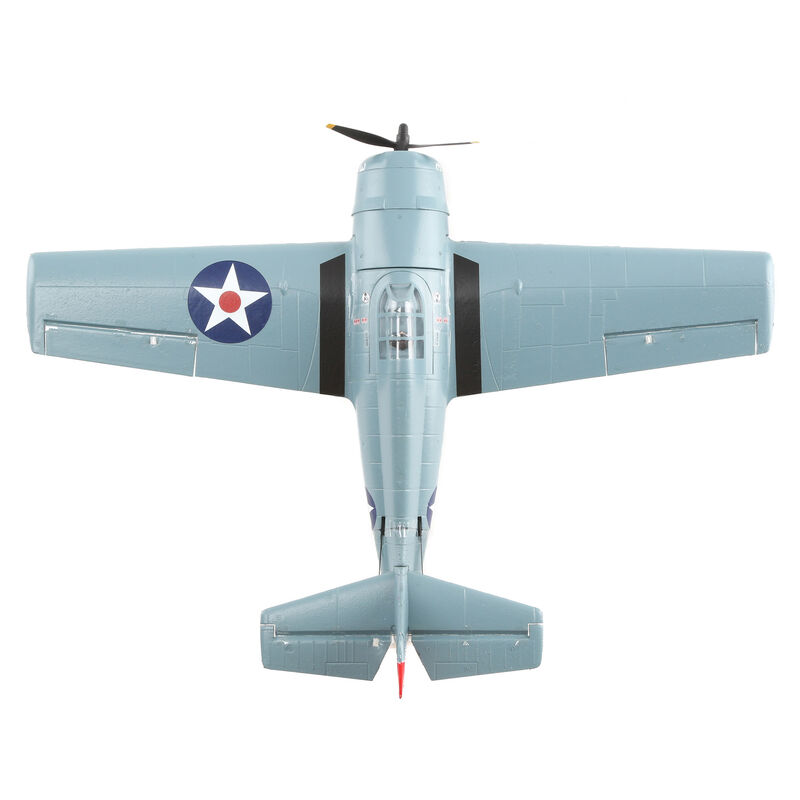 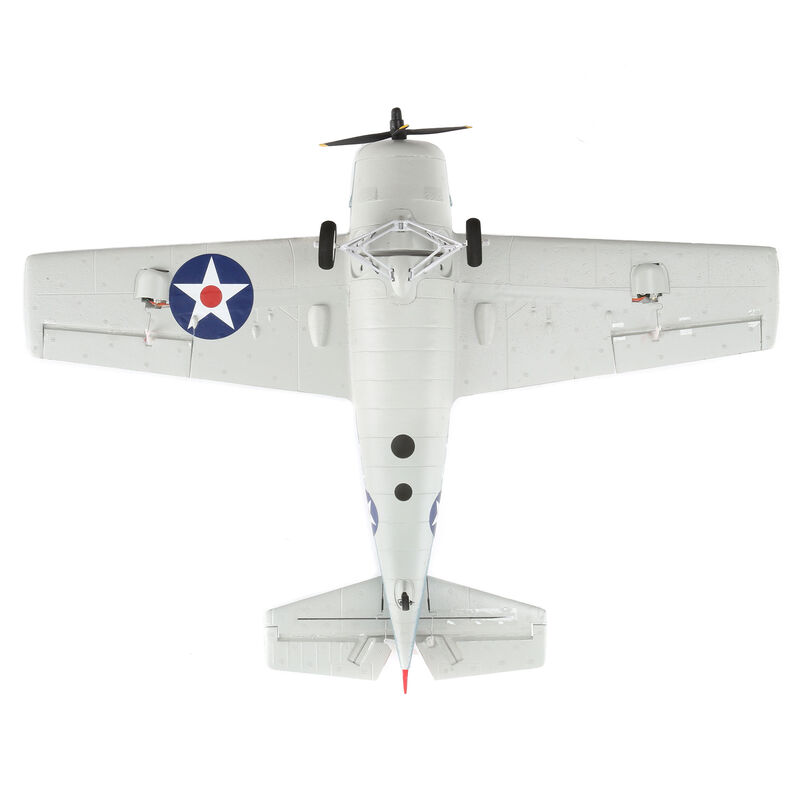 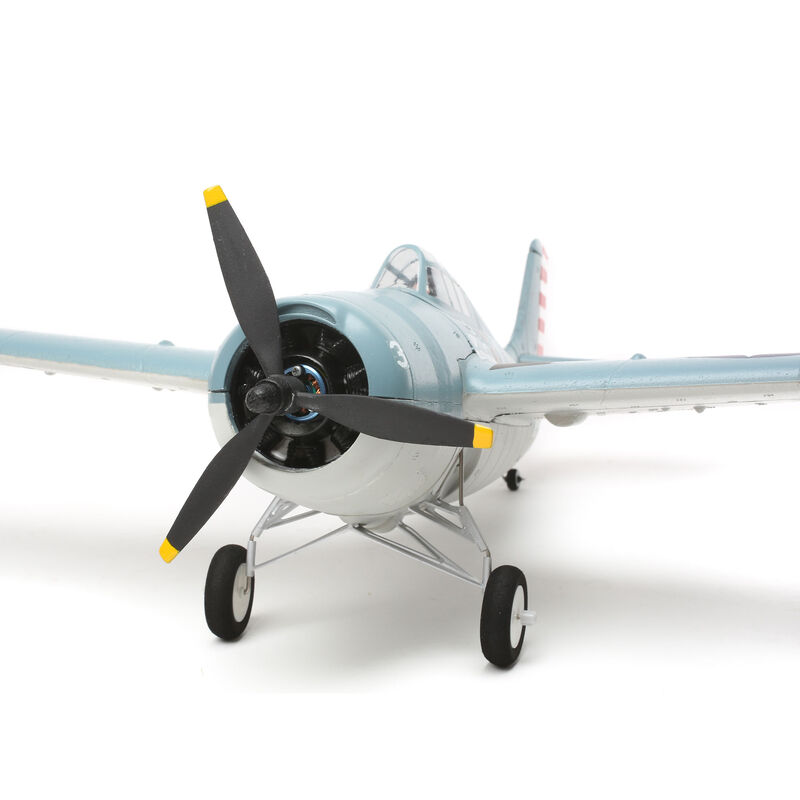 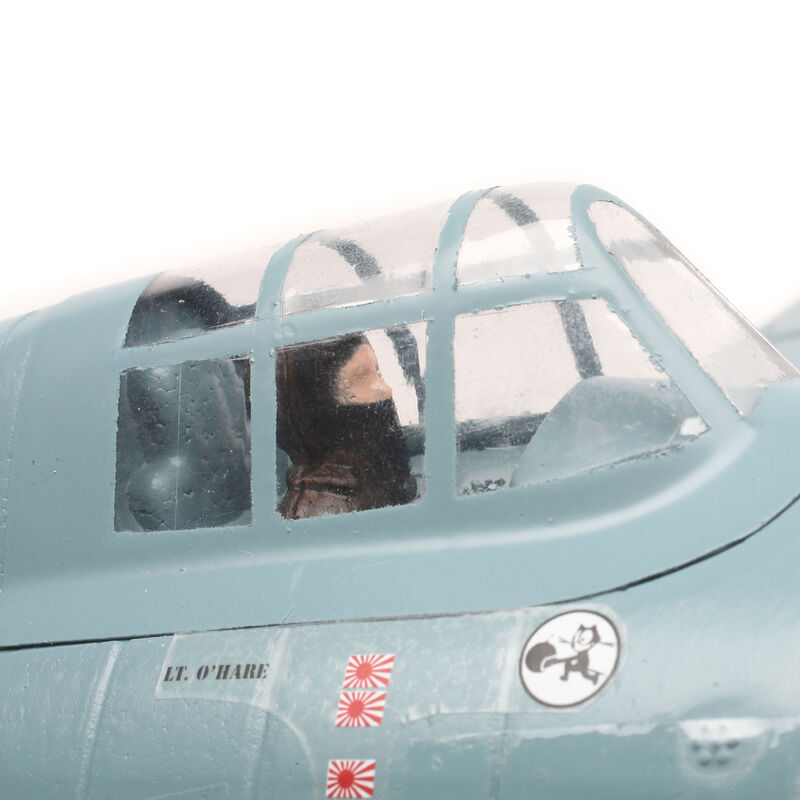 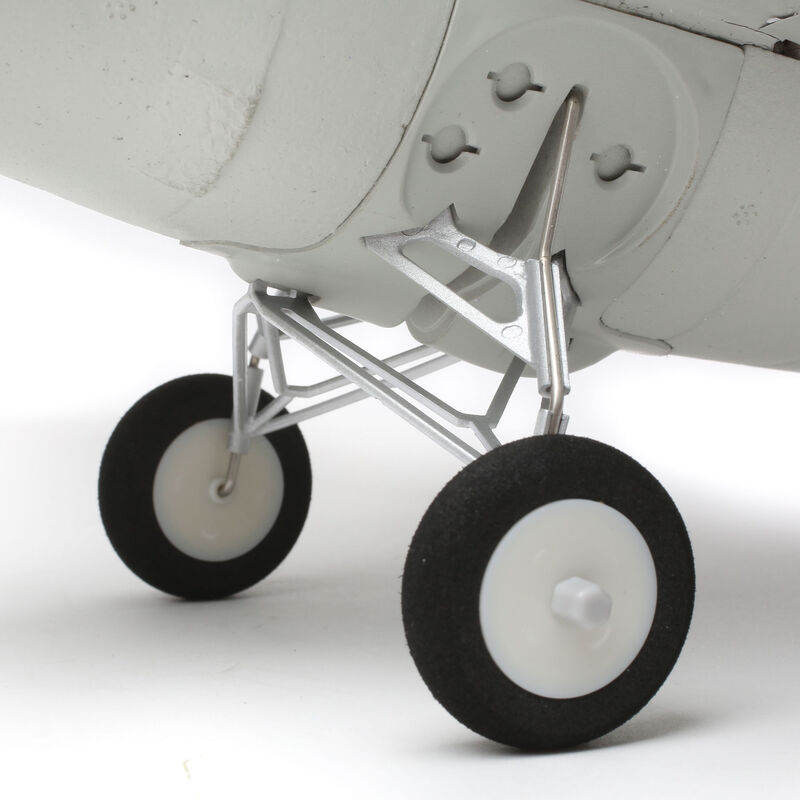 Item No. EFLU3650
This Item is No Longer Available

From Pearl Harbor through 1942 the F4F Wildcat was the only U.S. fighter in the Pacific capable of thwarting Japan's naval air forces. Although slower and less maneuverable than the vaunted Zero, its heavier armor, self-sealing fuel tanks and rugged airframe could often help a skilled pilot overcome this performance gap and live to fight another day. Edward "Butch" O'Hare was just such a pilot. He distinguished himself in a Wildcat by becoming the U.S. Navy's first fighter ace and earning the Congressional Medal of Honor. This ultra-micro recreation bears the markings of O'Hare's aircraft and is a tribute to him and all the other Wildcat pilots who faced the might of an empire and prevailed.

In addition to the speed and climb performance of a brushless motor, you also get the realism of a 3-blade propeller that perfectly complements the model's other scale details. The power system is designed for use with a 200-280mAh 2S 7.4V LiPo battery (sold separately). An E-flite® 280mAh 2S 7.4V 30C pack is recommended.

The AS3X technology built into the receiver works behind the scenes to smooth out the effects of wind and turbulence. It does so using a combination of 3-axis sensing and exclusive flight control software tuned by expert RC pilots. Best of all, it feels completely natural. There is no delay in control response or limits on the model's agility. You will simply feel like you are flying a larger, expertly tuned model that goes right where you point it.

The outline of the model is designed to look incredibly scale from any angle. The trim scheme and markings are that of the aircraft flown by Butch O'Hare during World War II. Other details include a clear canopy with pilot figure, cowl flaps, molded panel lines and more.