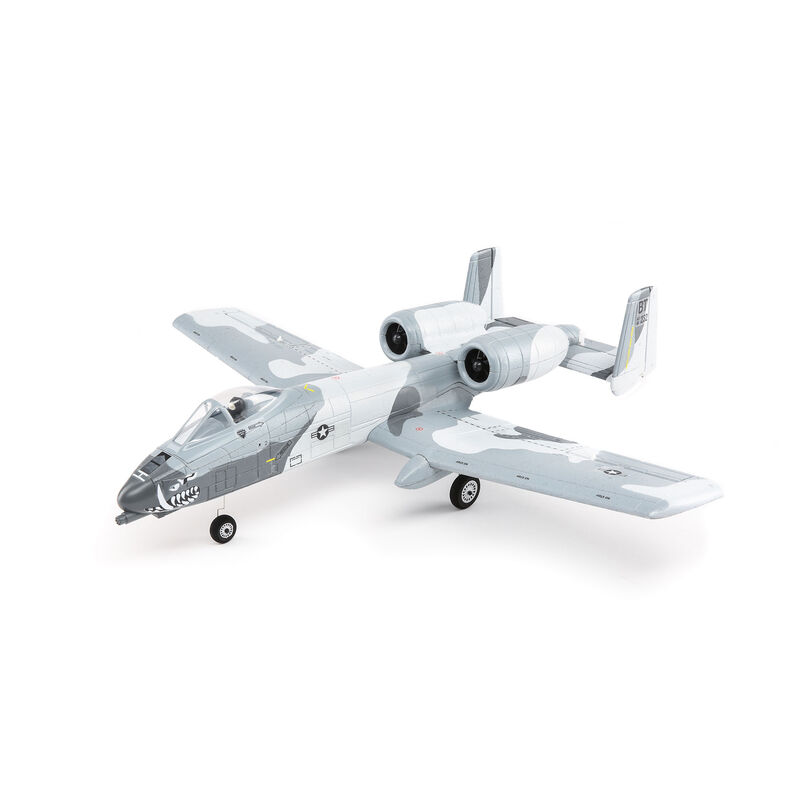 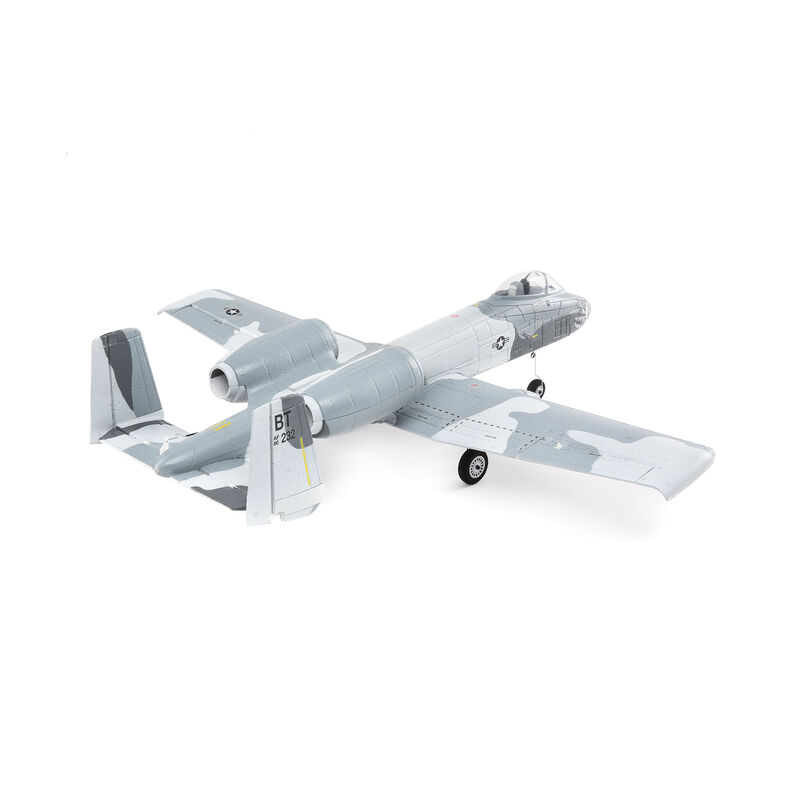 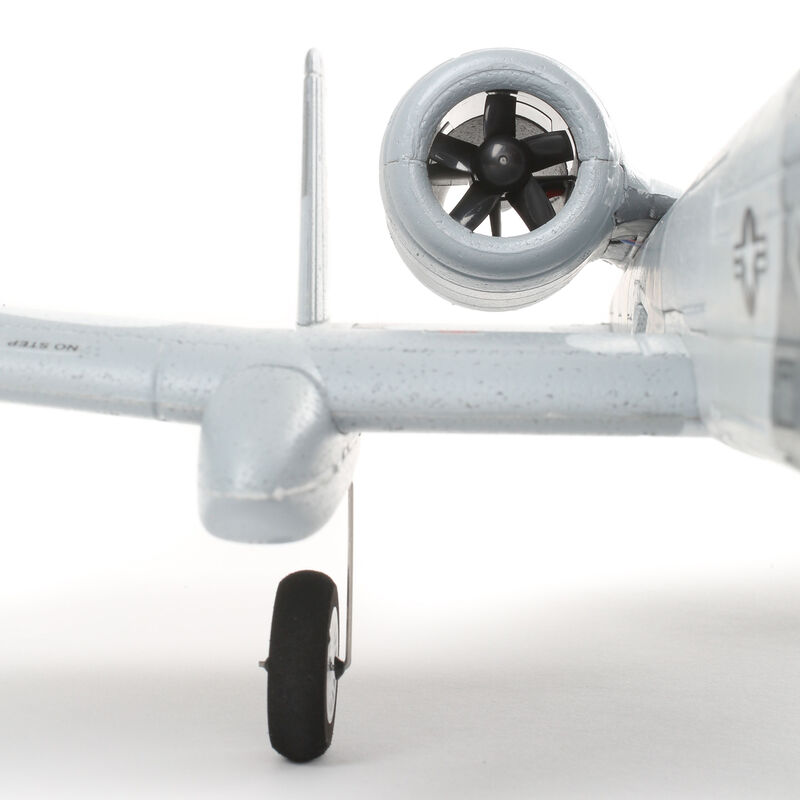 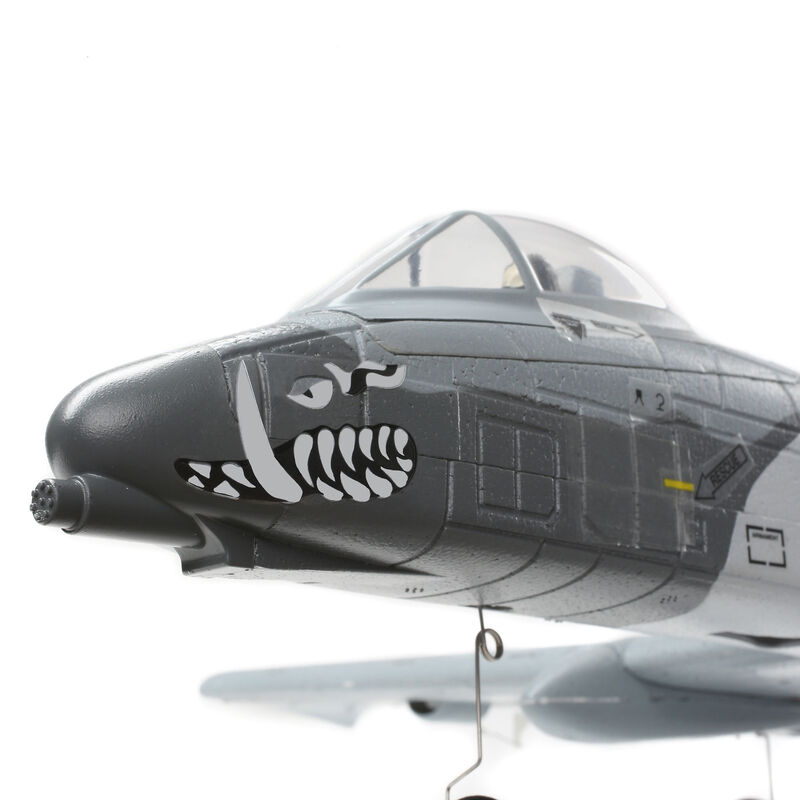 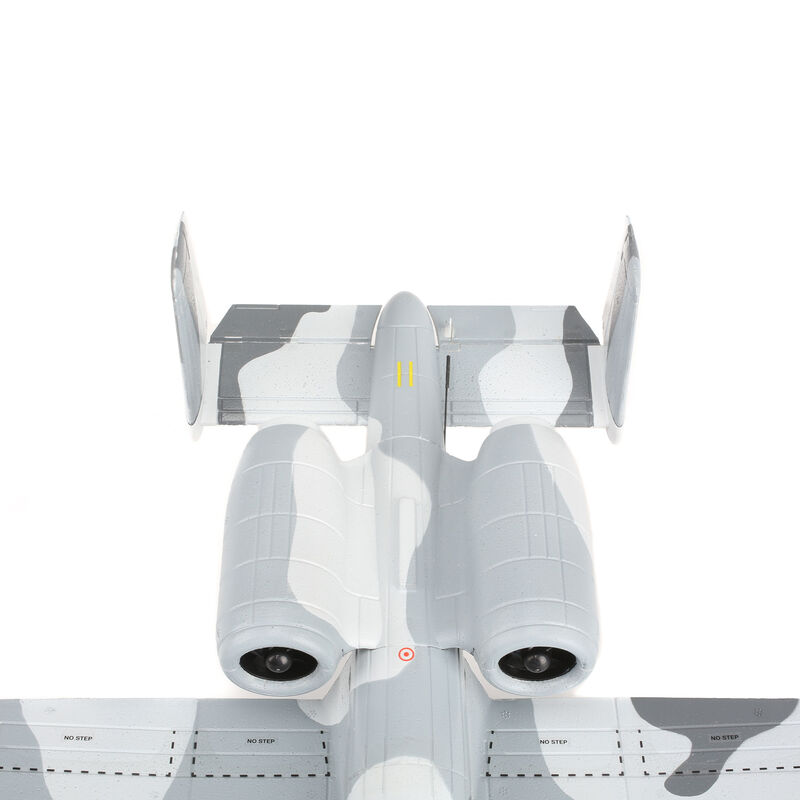 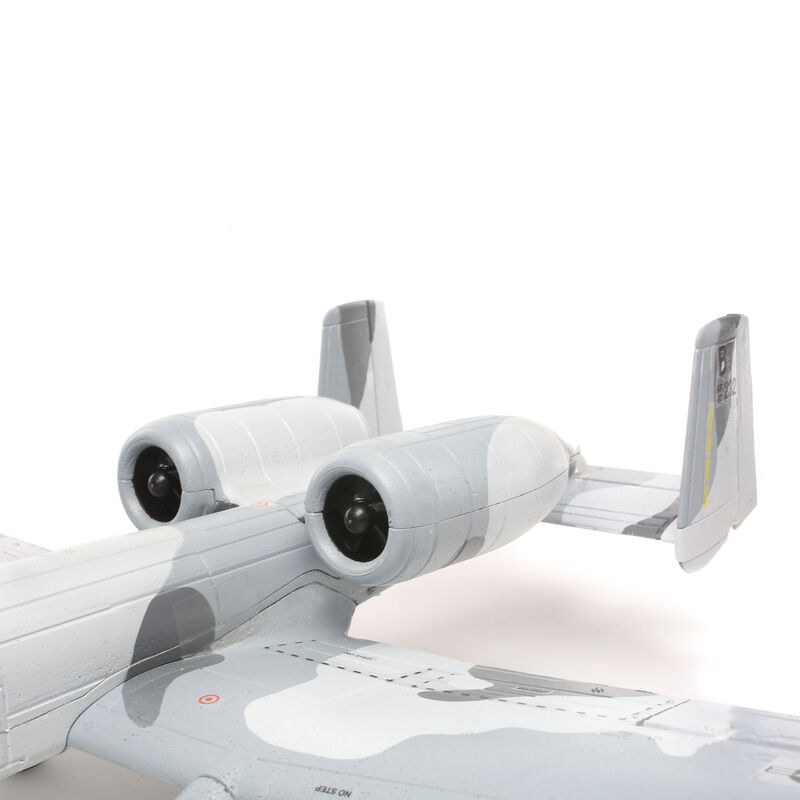 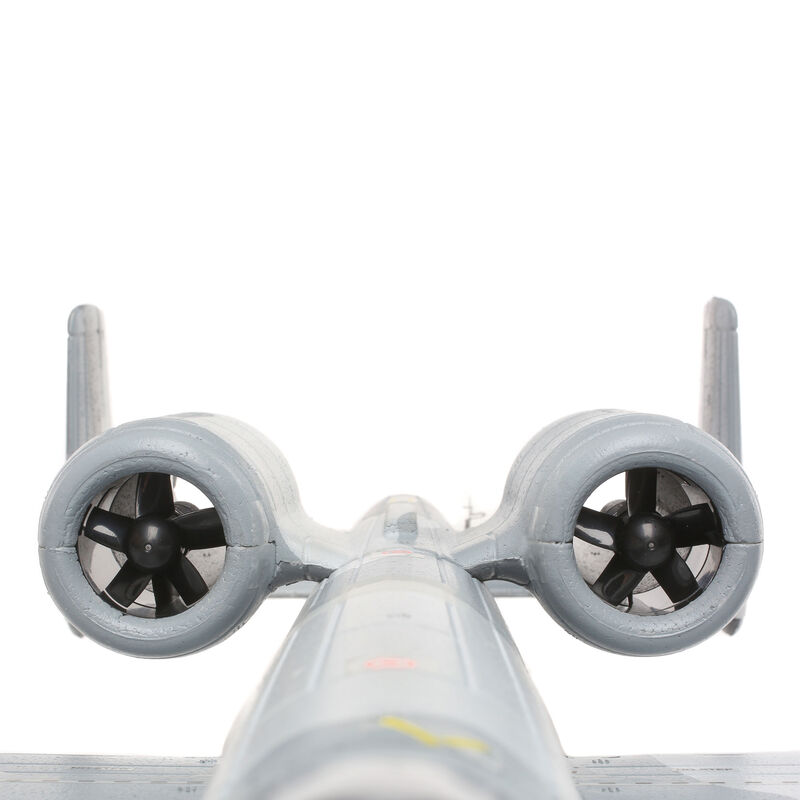 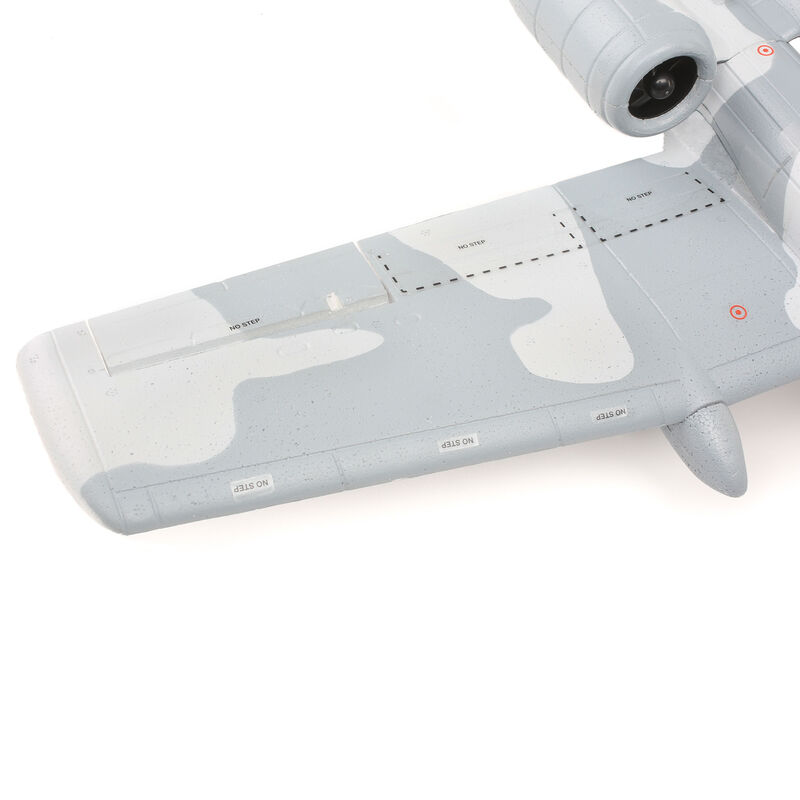 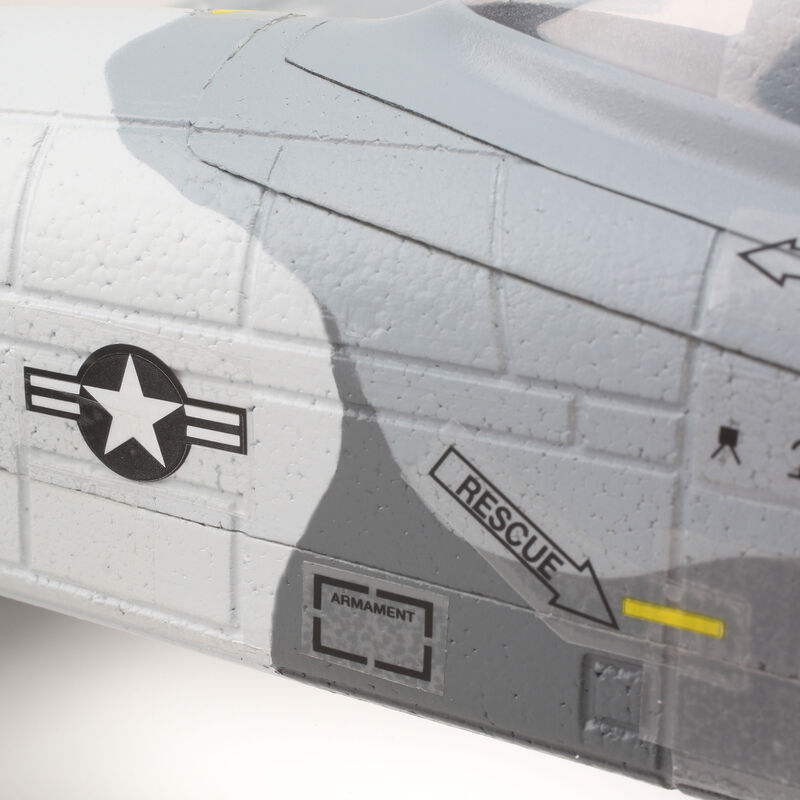 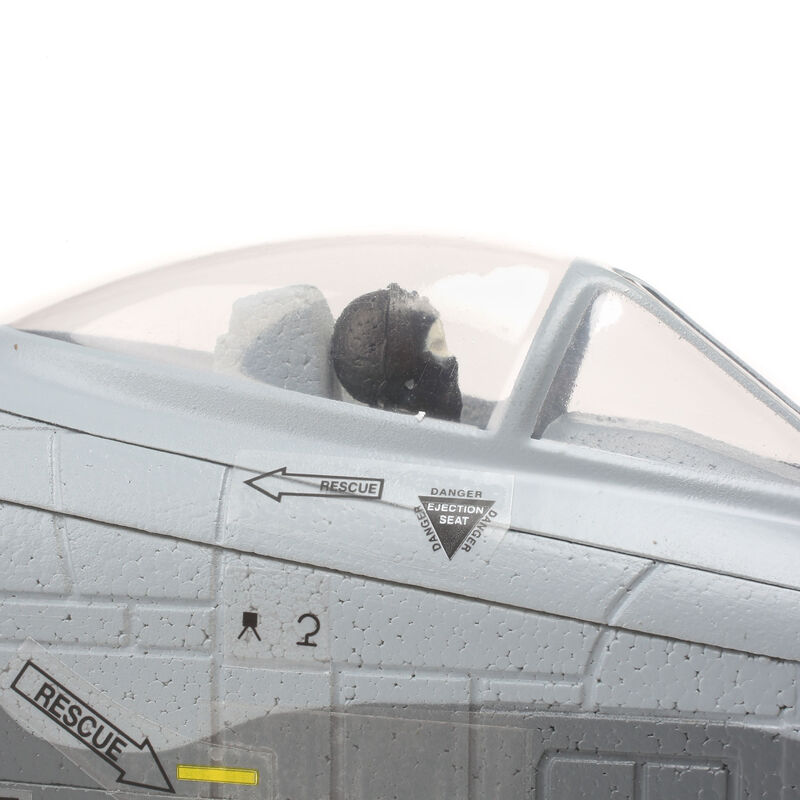 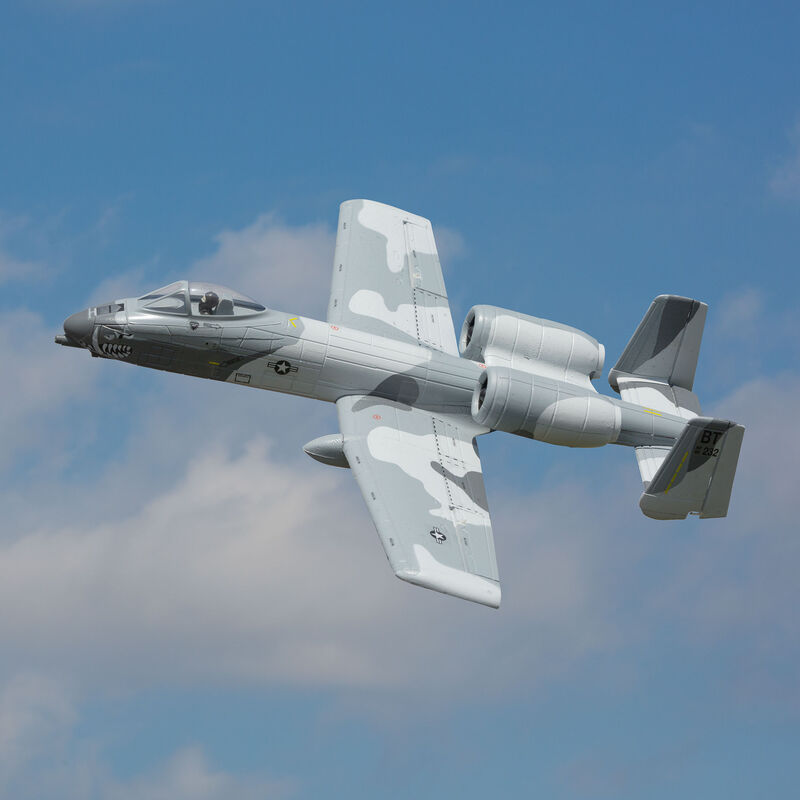 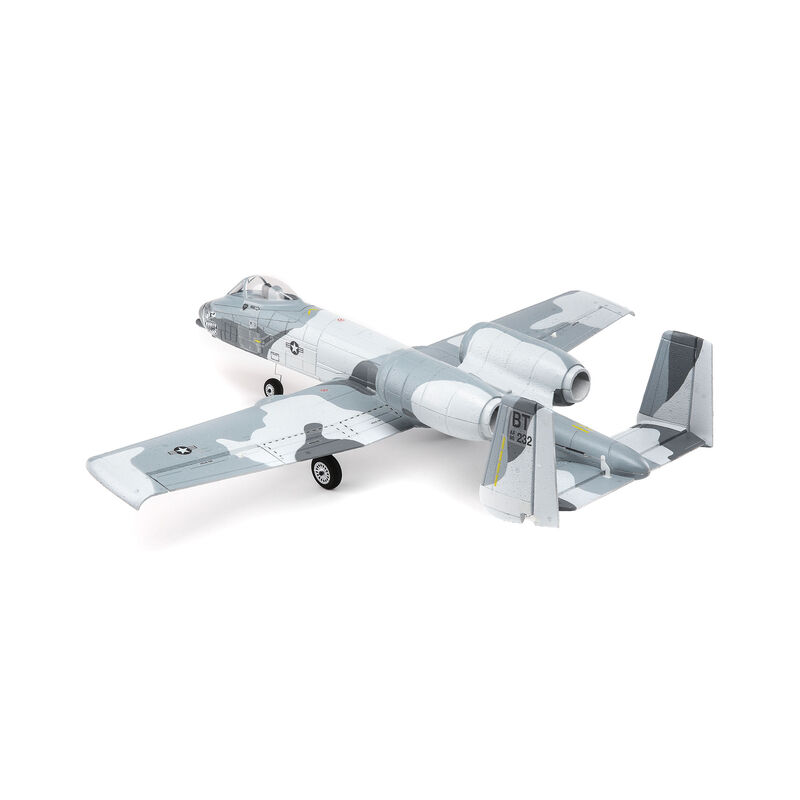 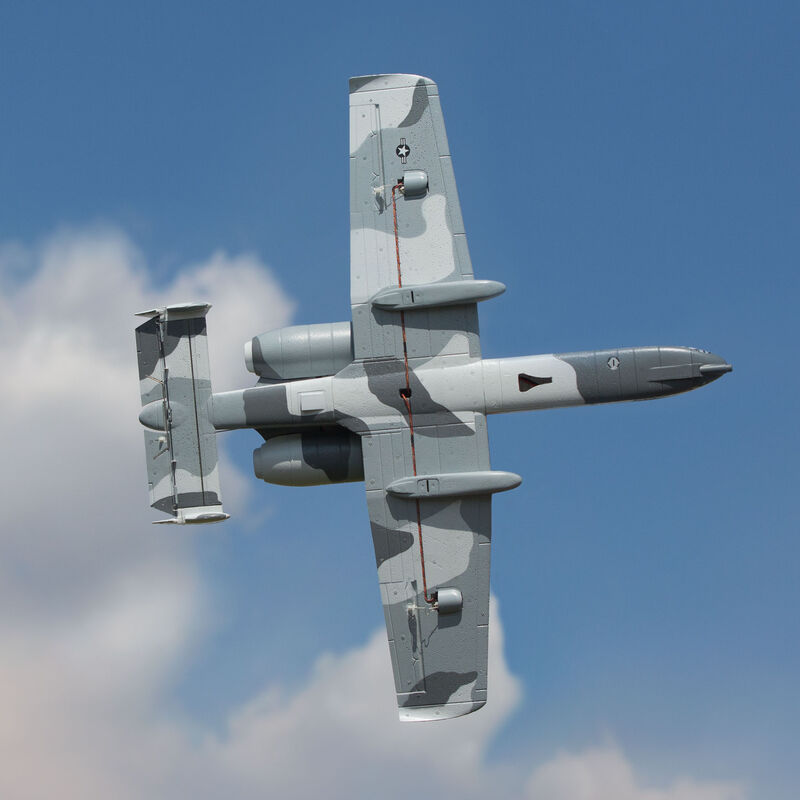 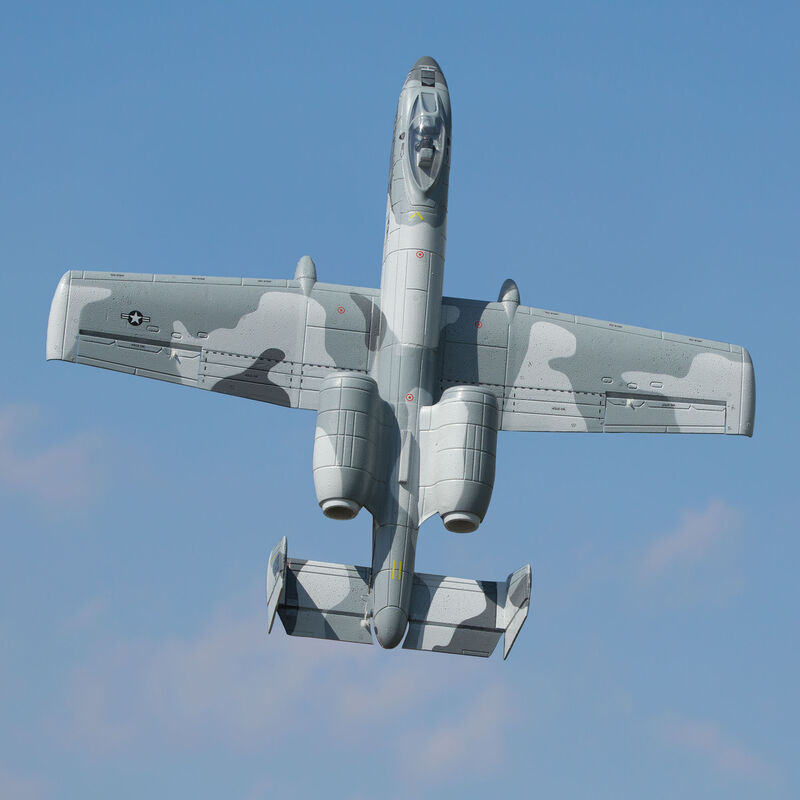 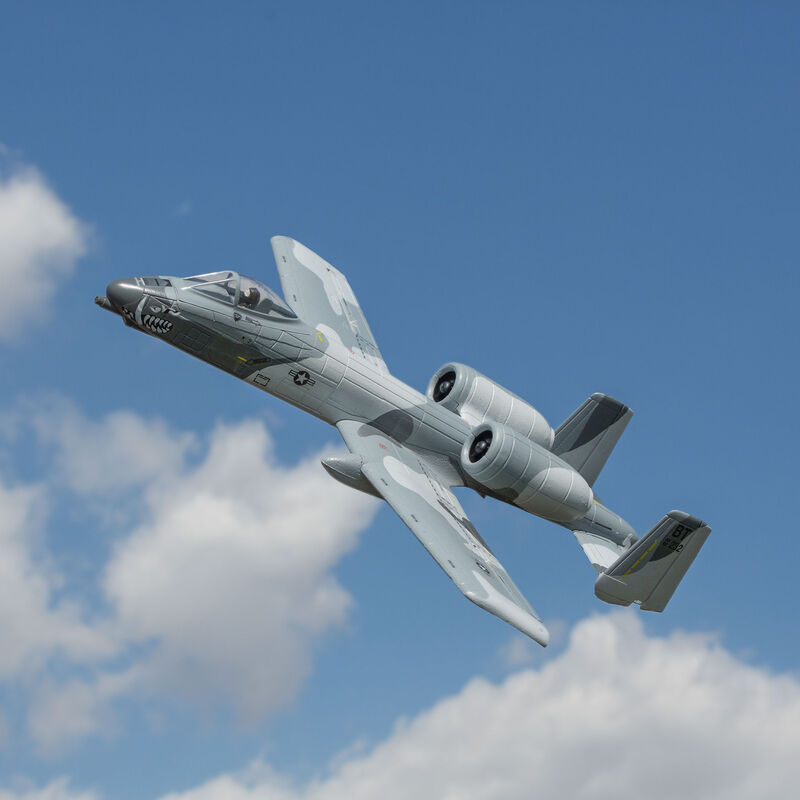 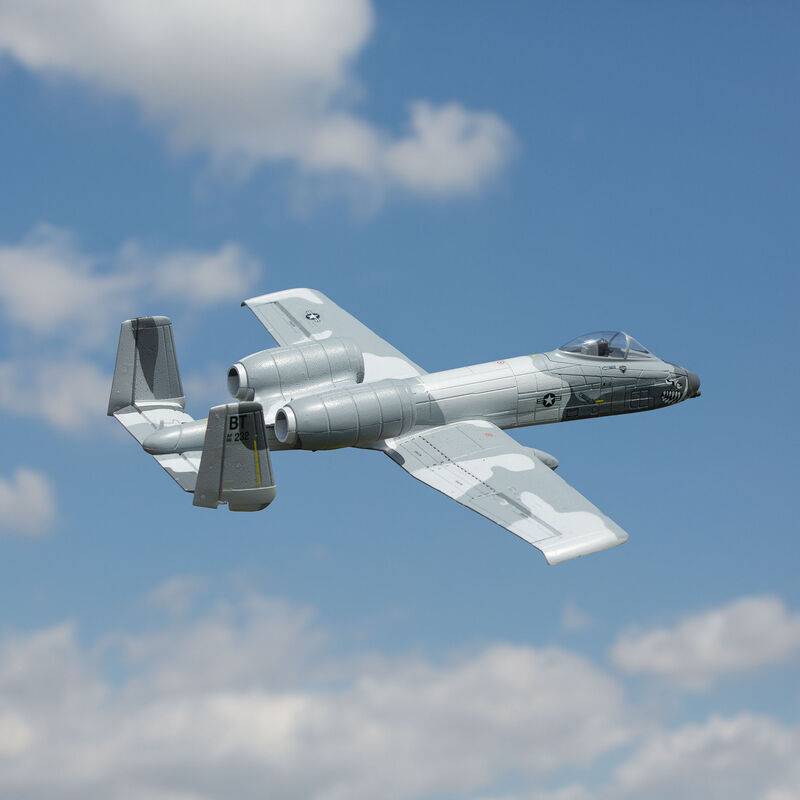 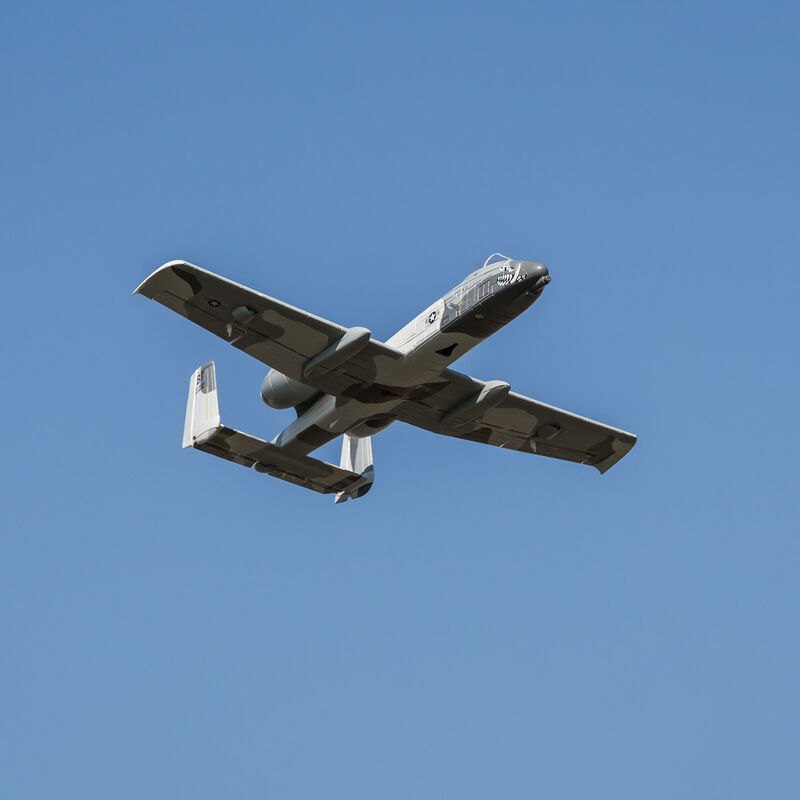 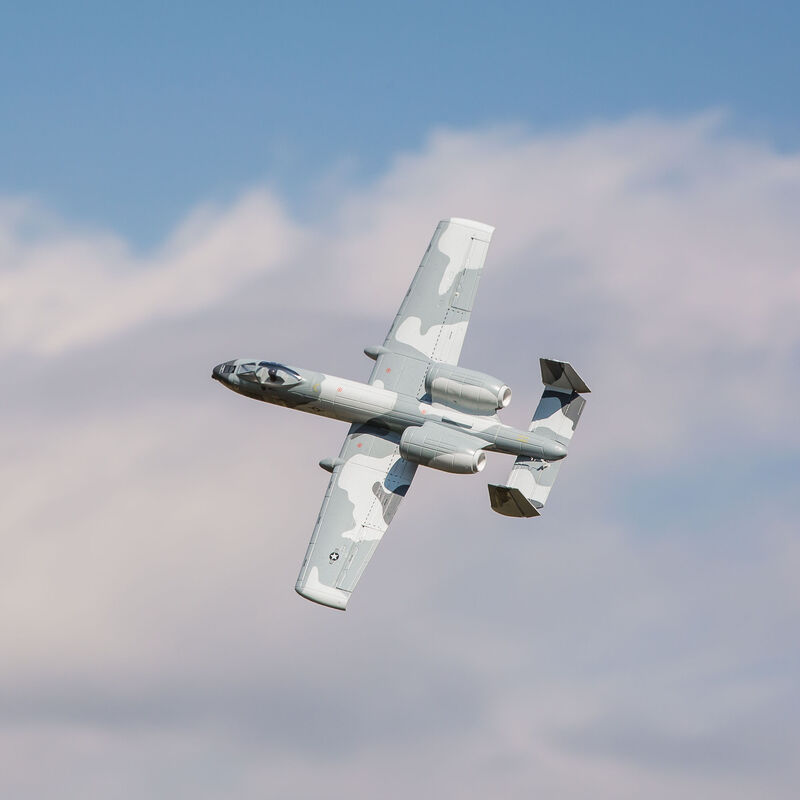 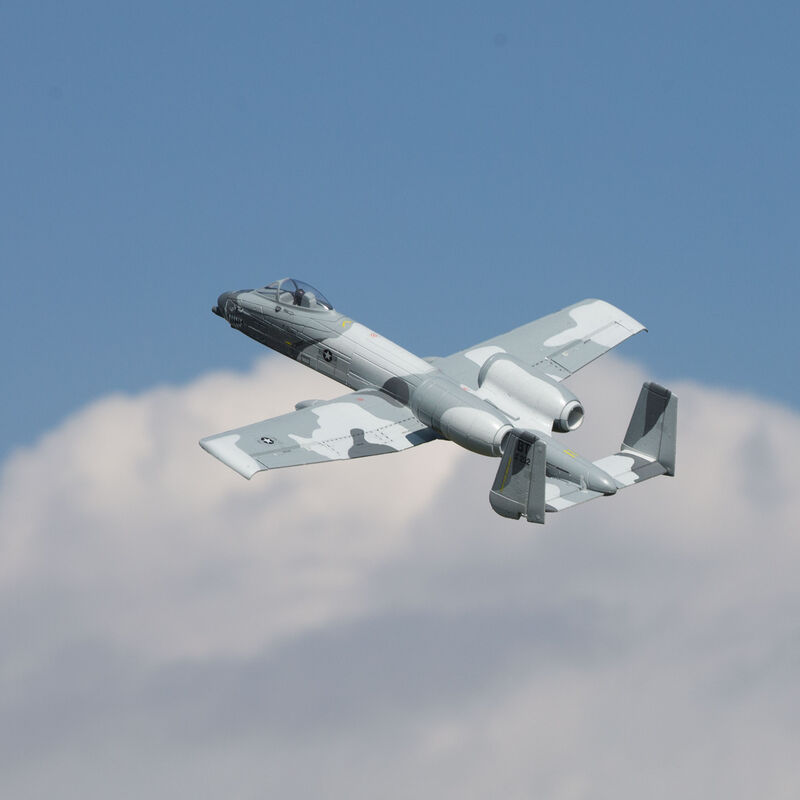 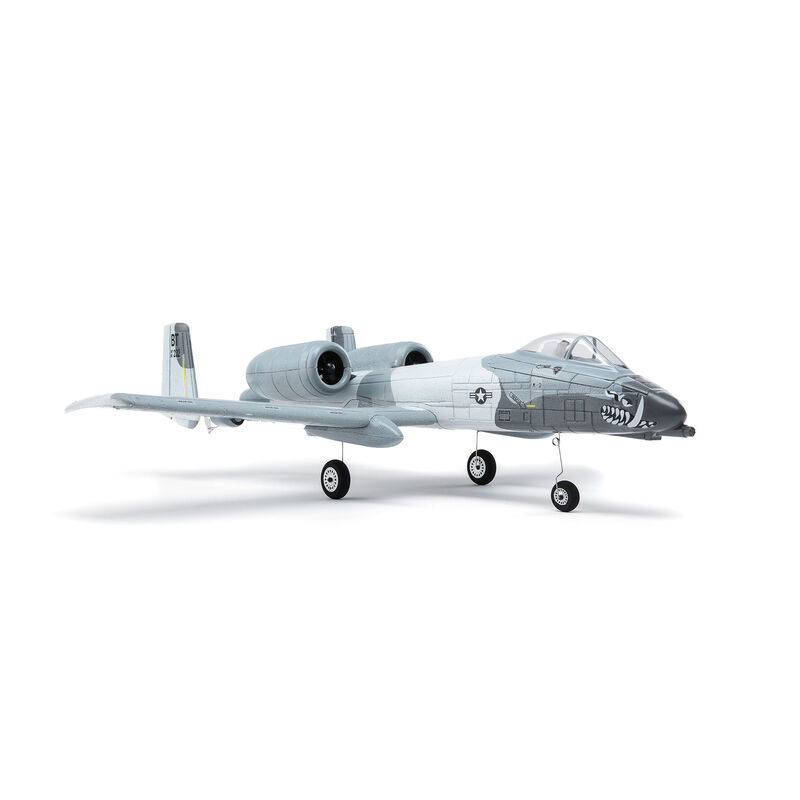 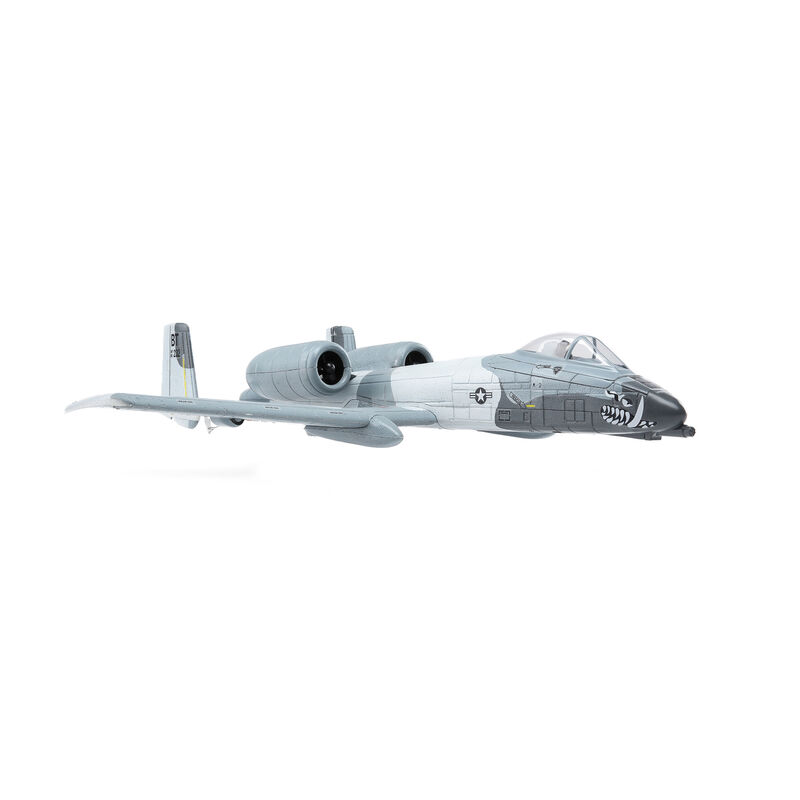 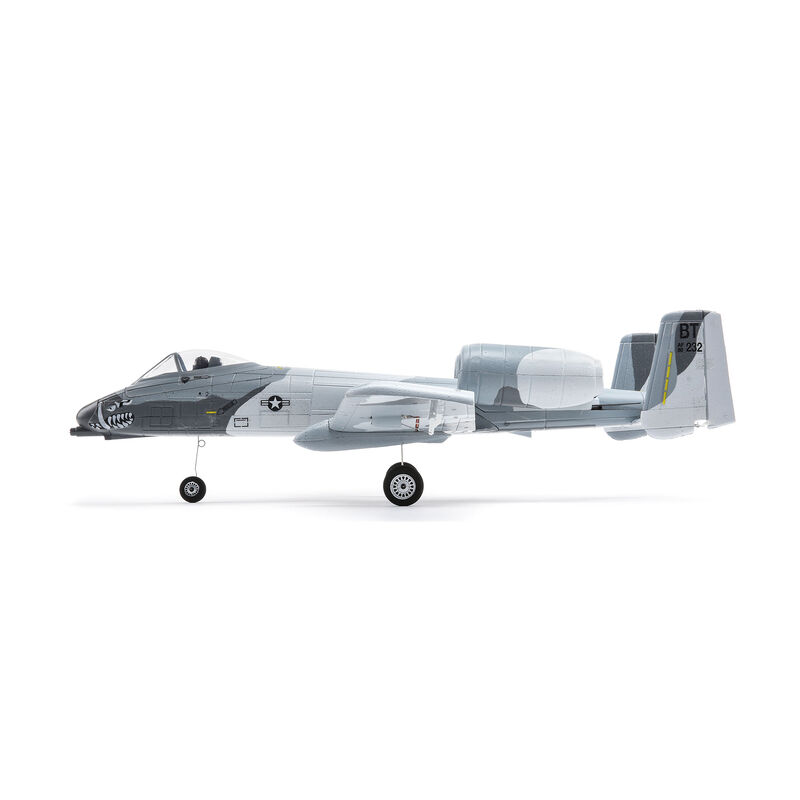 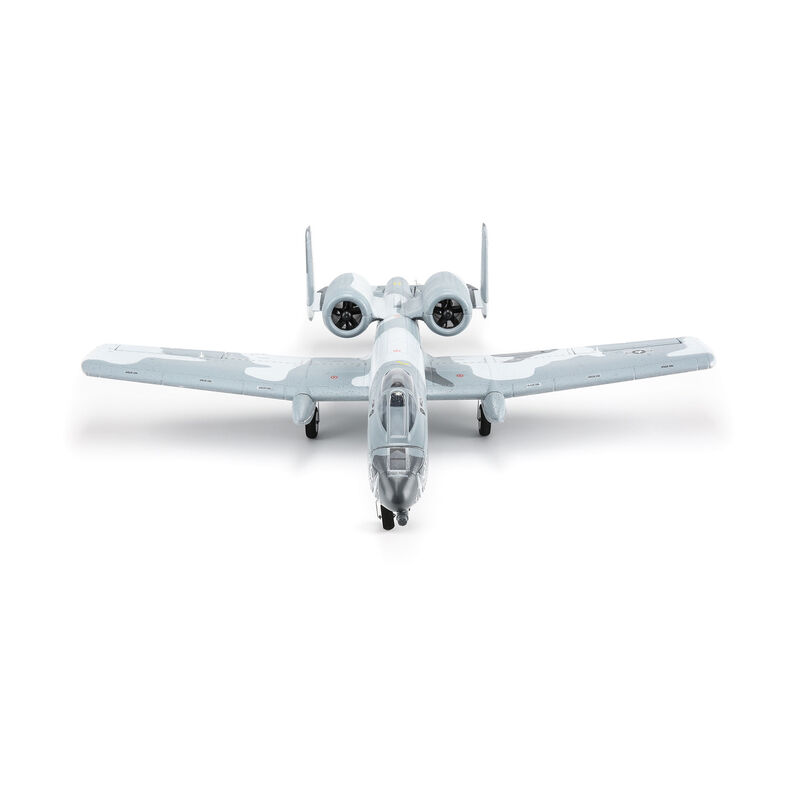 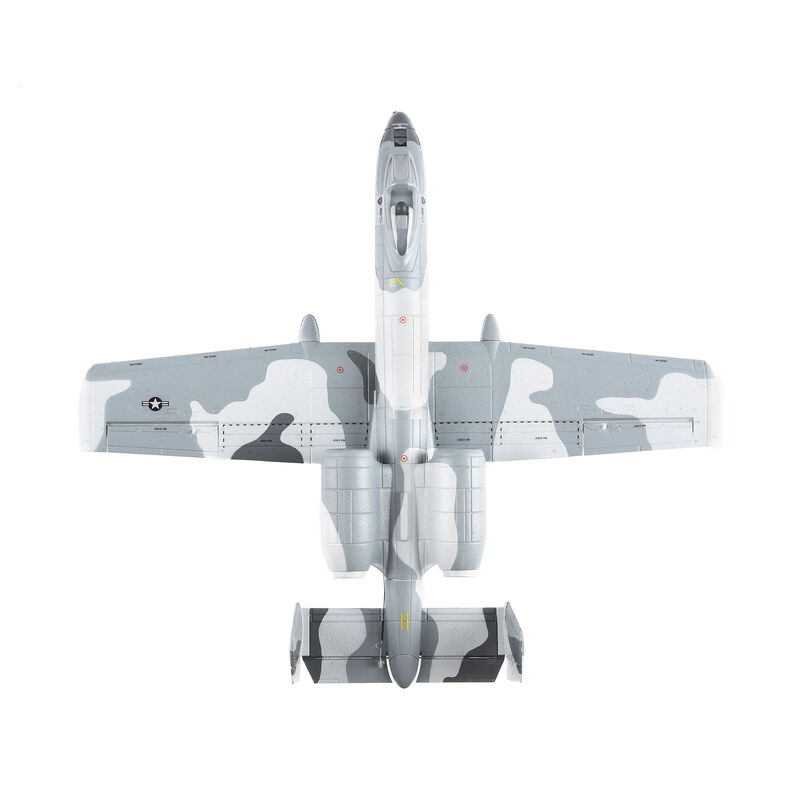 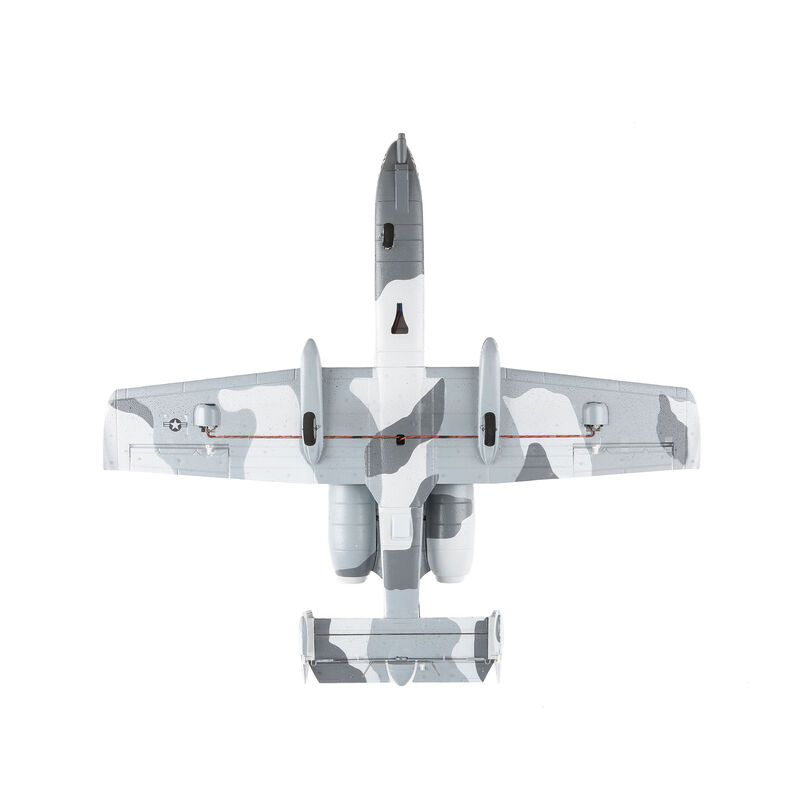 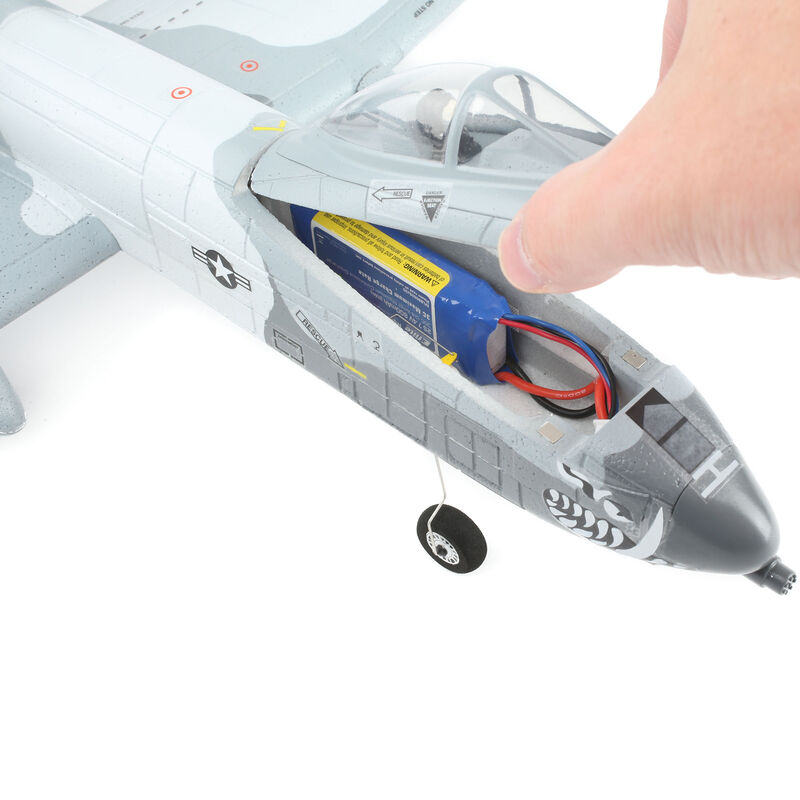 Unlike stealth aircraft that take out enemies anonymously or from a distance, the A-10 Warthog is designed to get up close and personal with its targets. Its mere appearance over the battlefield is enough to send most enemy ground forces running for cover, especially if they've ever gotten a taste of its 30mm nose cannon - a weapon so powerful, it can shred through the armor of a tank with a single burst. This awesome firepower, combined with its ability to turn on a dime and stay on station while taking enormous amounts of damage, has made the A-10 America's premier close air support fighter for over 40 years.

With the UMX™ A-10, you can finally enjoy an ultra micro RC replica of the mighty Warthog that does its legend justice. It perfectly blends scale detail with an abundance of power, crisp control response and AS3X® stability to give you one of the most exciting EDF experiences of any size.

This remarkably efficient power system delivers exhilarating speed and climb performance as well as generous flight times of up to 5 -7 minutes when powered by the recommended 800mAh 2S flight battery (sold separately).

The model's abundance of power and light wing loading let you bank and yank to your heart's content. The functional dual rudders provide more than enough yaw authority for knife-edge flight, too. And you get all this responsiveness without any tricky stall characteristics or temperamental slow-speed behaviors, so even less experienced RC pilots can relax and have fun.

The AS3X technology built into the receiver works behind the scenes to smooth out the effects of wind and turbulence. The result is a sense of stability and precision that makes you feel like you're flying a much bigger EDF.

The superb scale outline captures the menace of a full-scale A-10 better than any other RC Warthog this size. The trim scheme and markings are inspired by the rare “Flipper” camouflage that appeared on some A-10s in the early ‘90s. Other scale touches include a clear canopy with pilot figure, nose cannon detail, molded panel lines and more.

The wide-stance landing gear and steerable nose wheel make it fun to shoot touch-and-gos. If you desire a more realistic appearance in flight, the landing gear can easily be removed in a few seconds, no tools required.