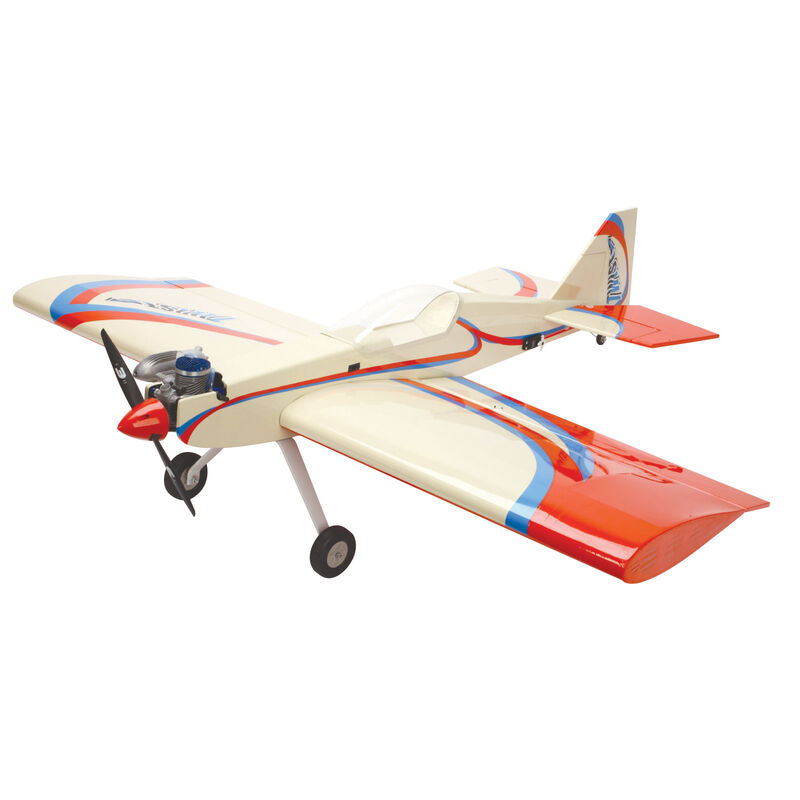 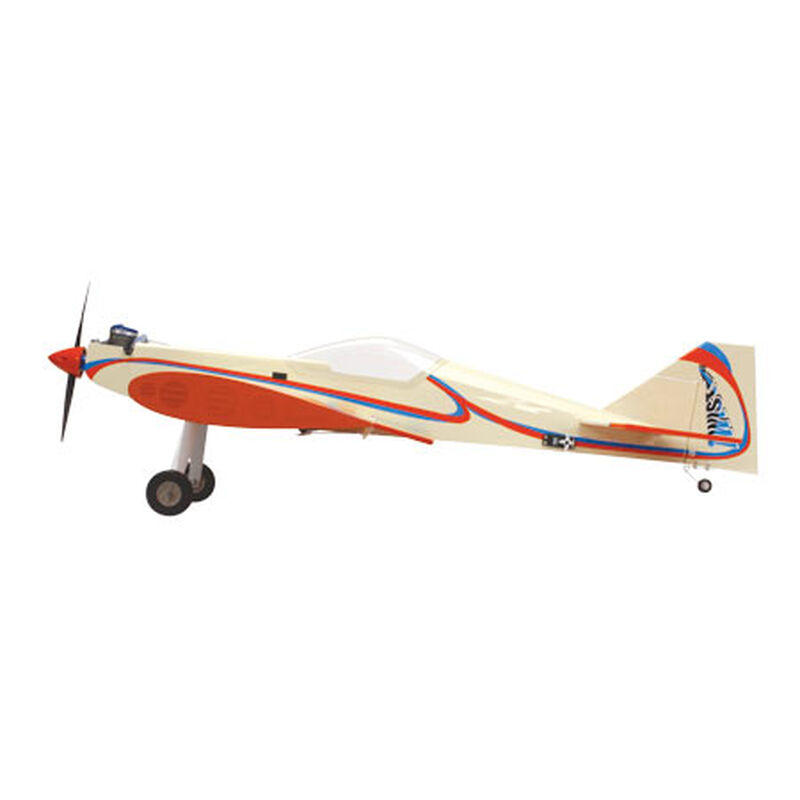 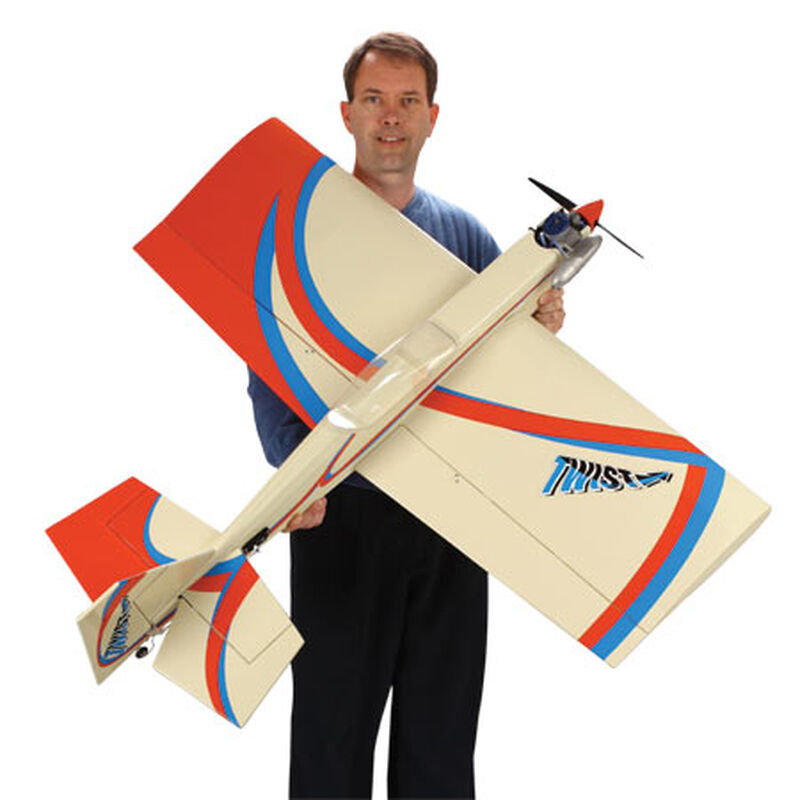 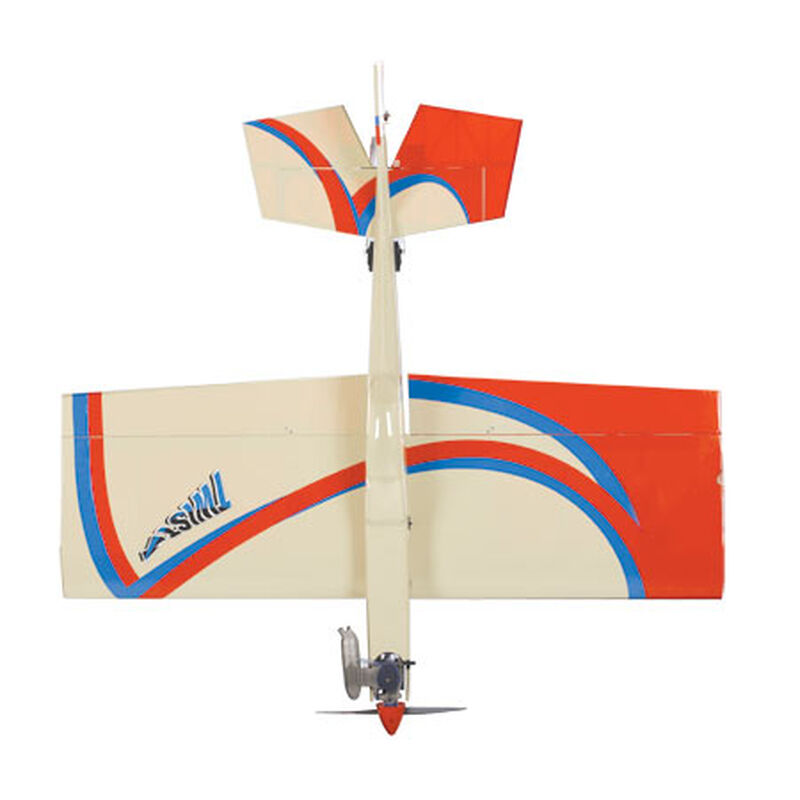 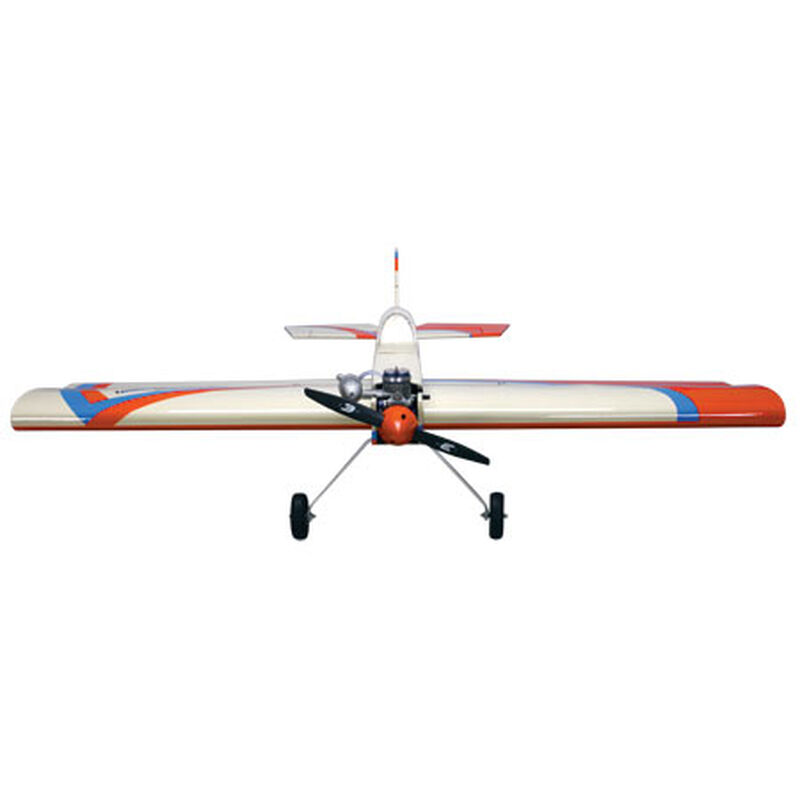 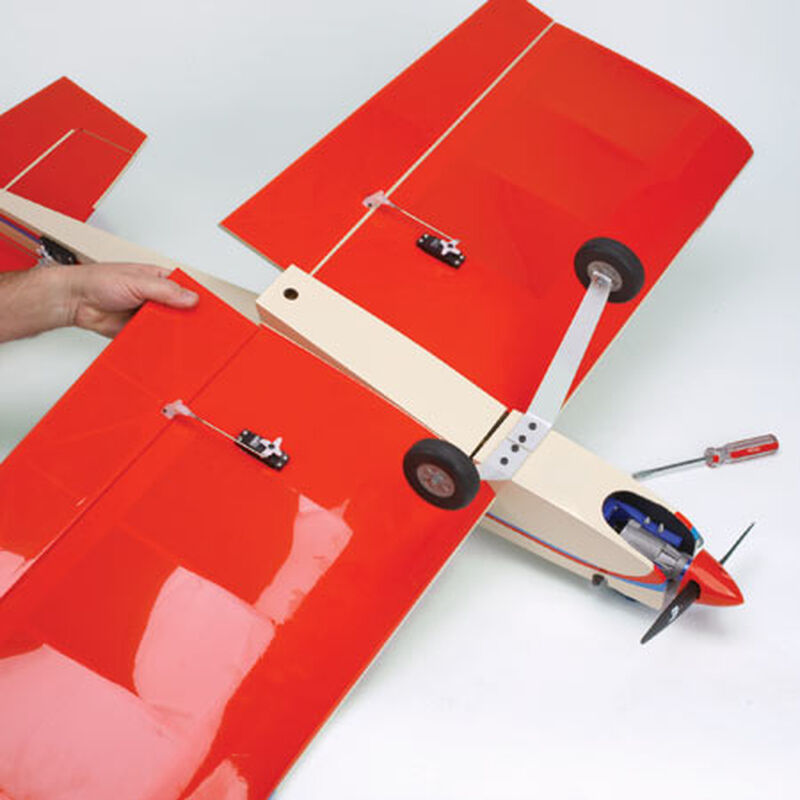 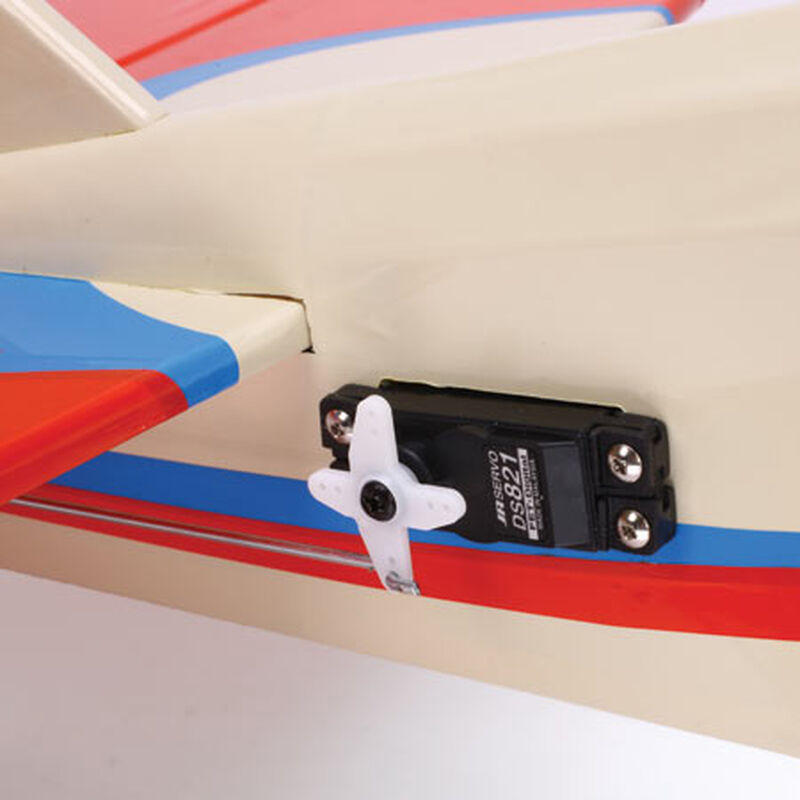 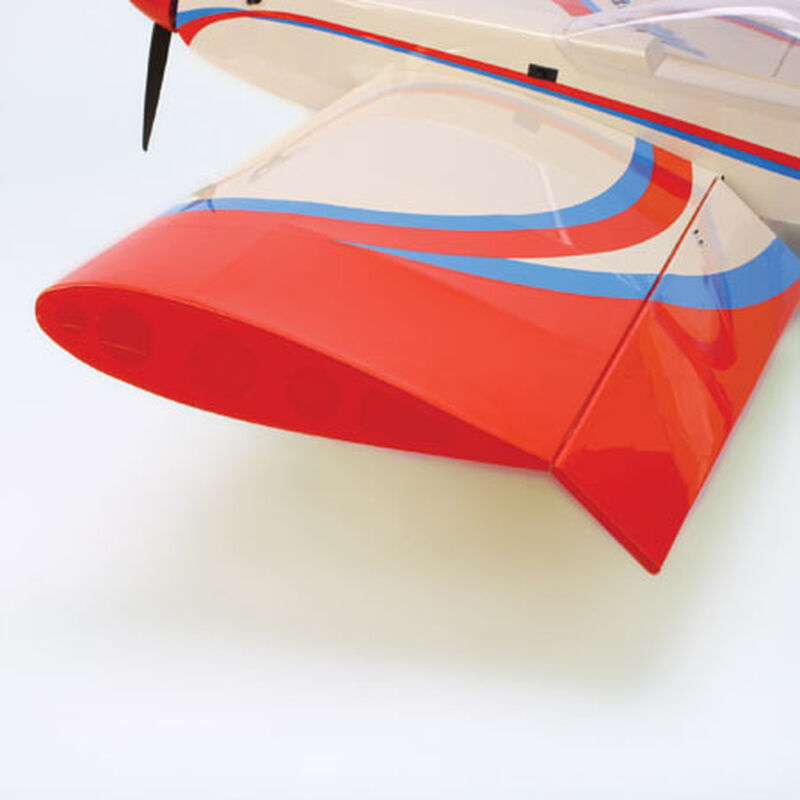 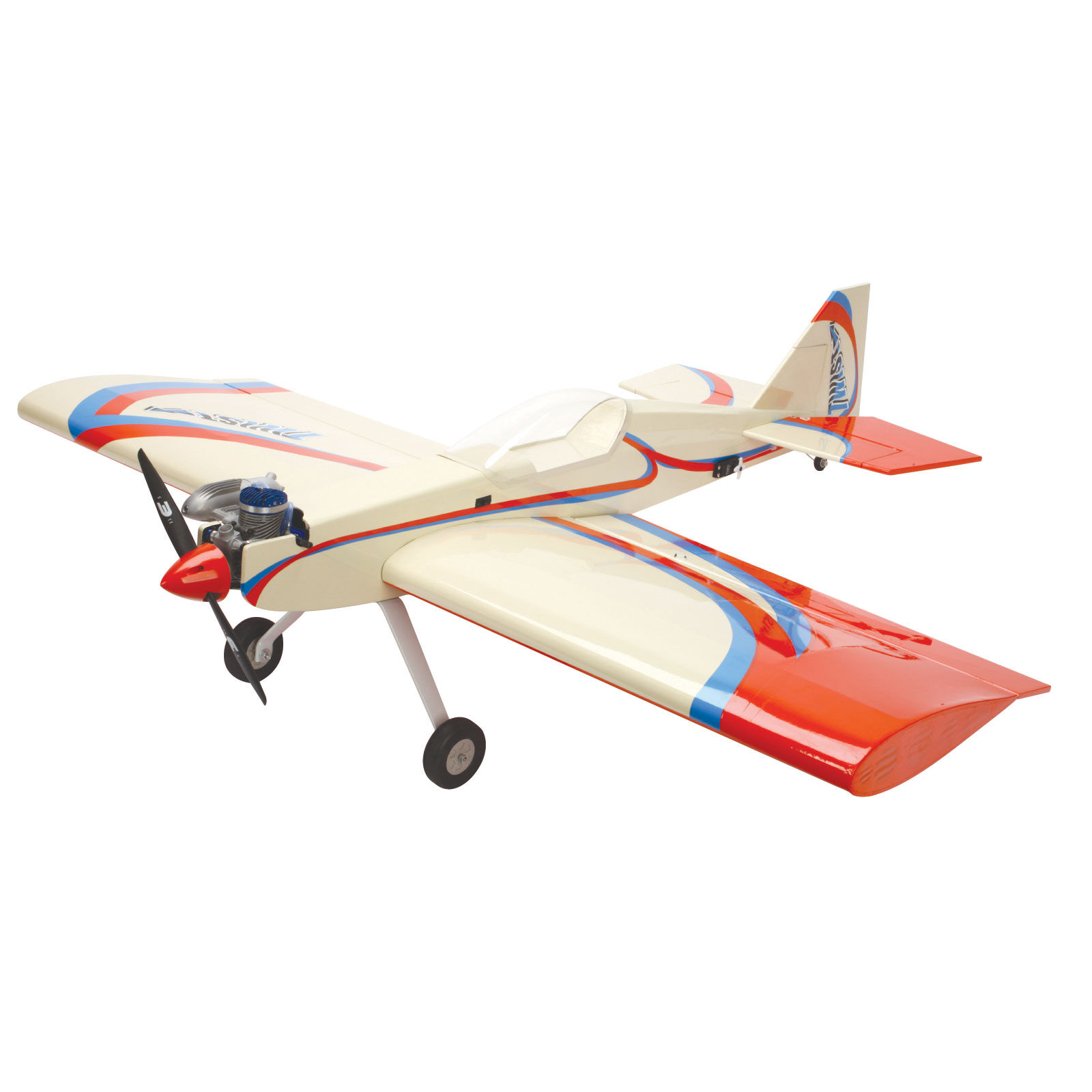 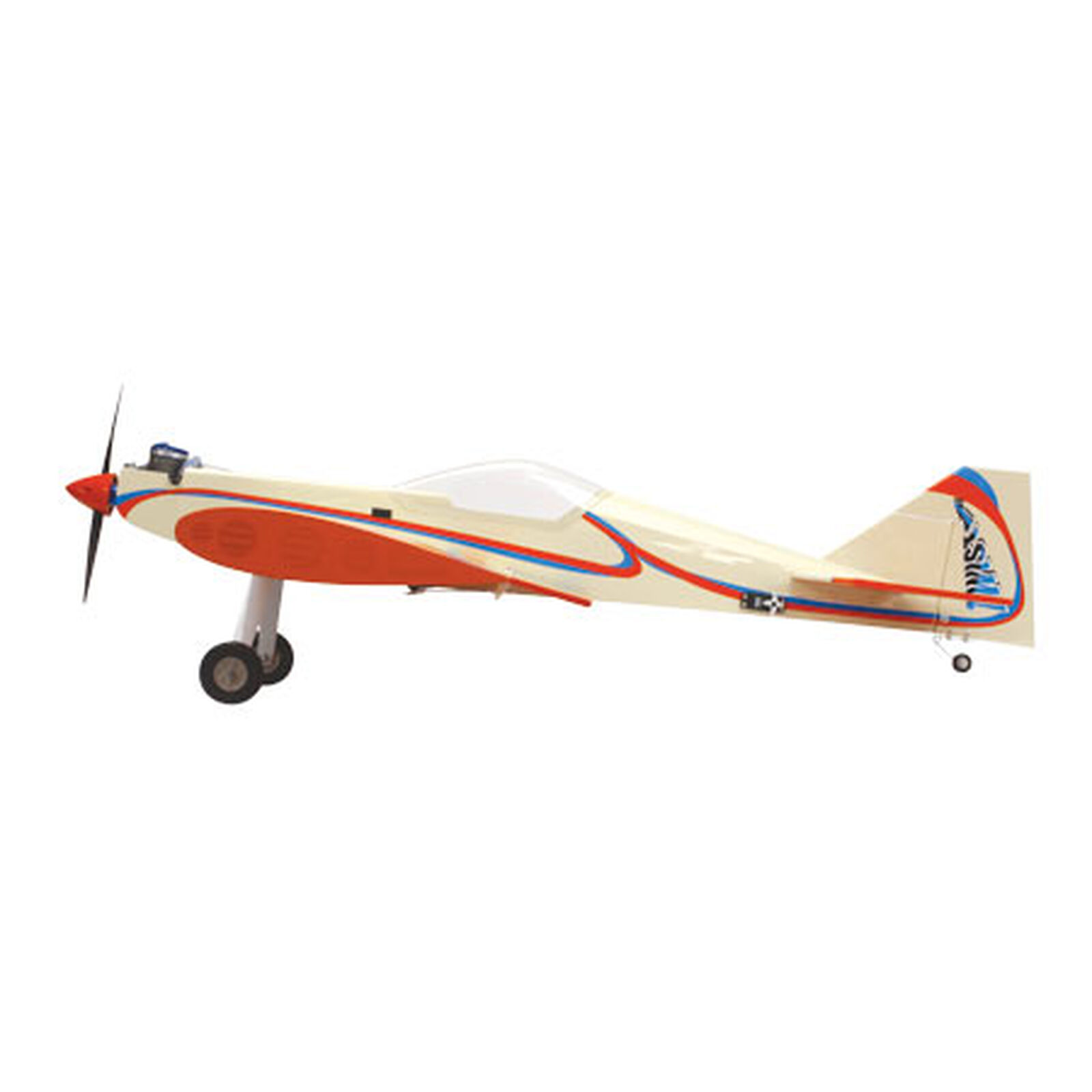 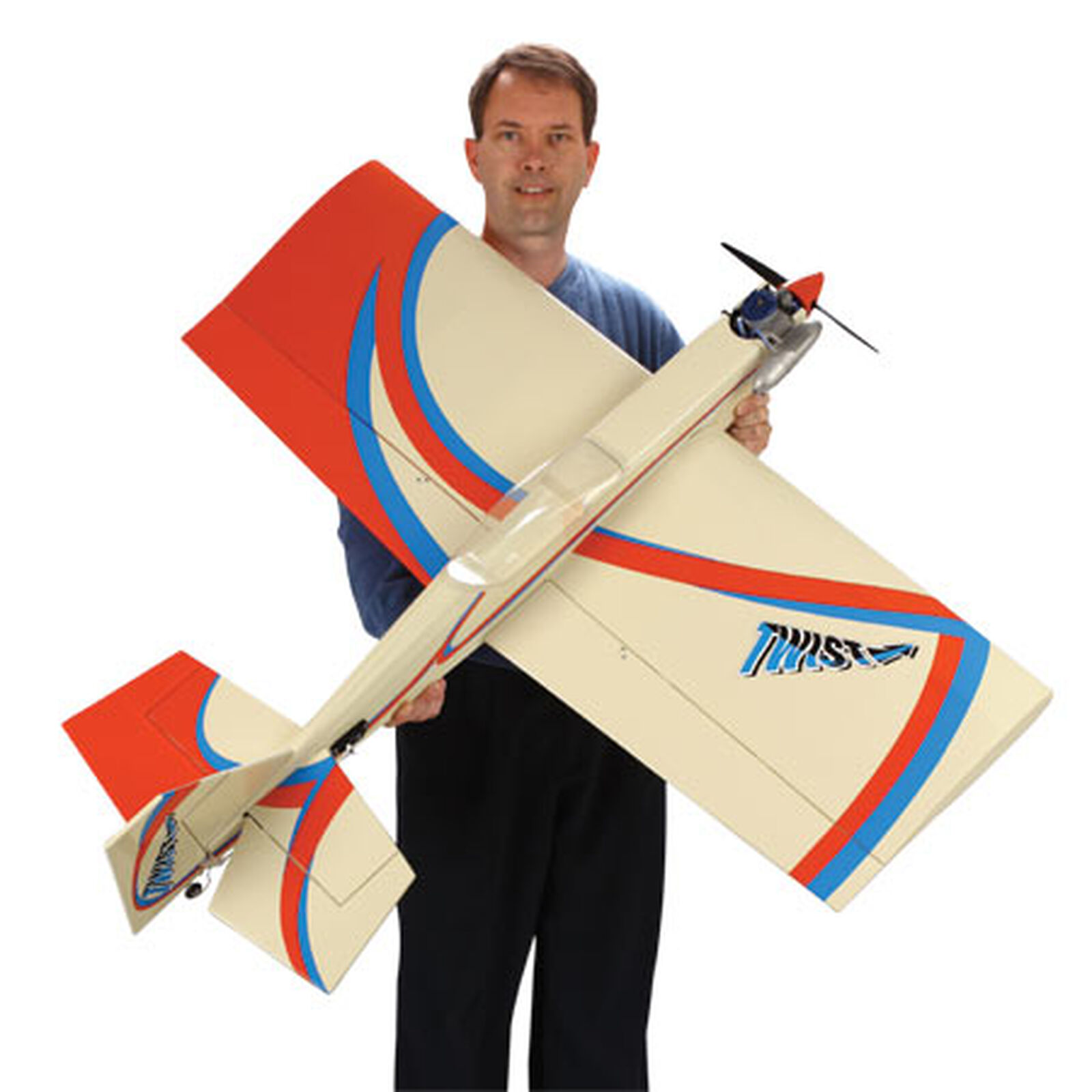 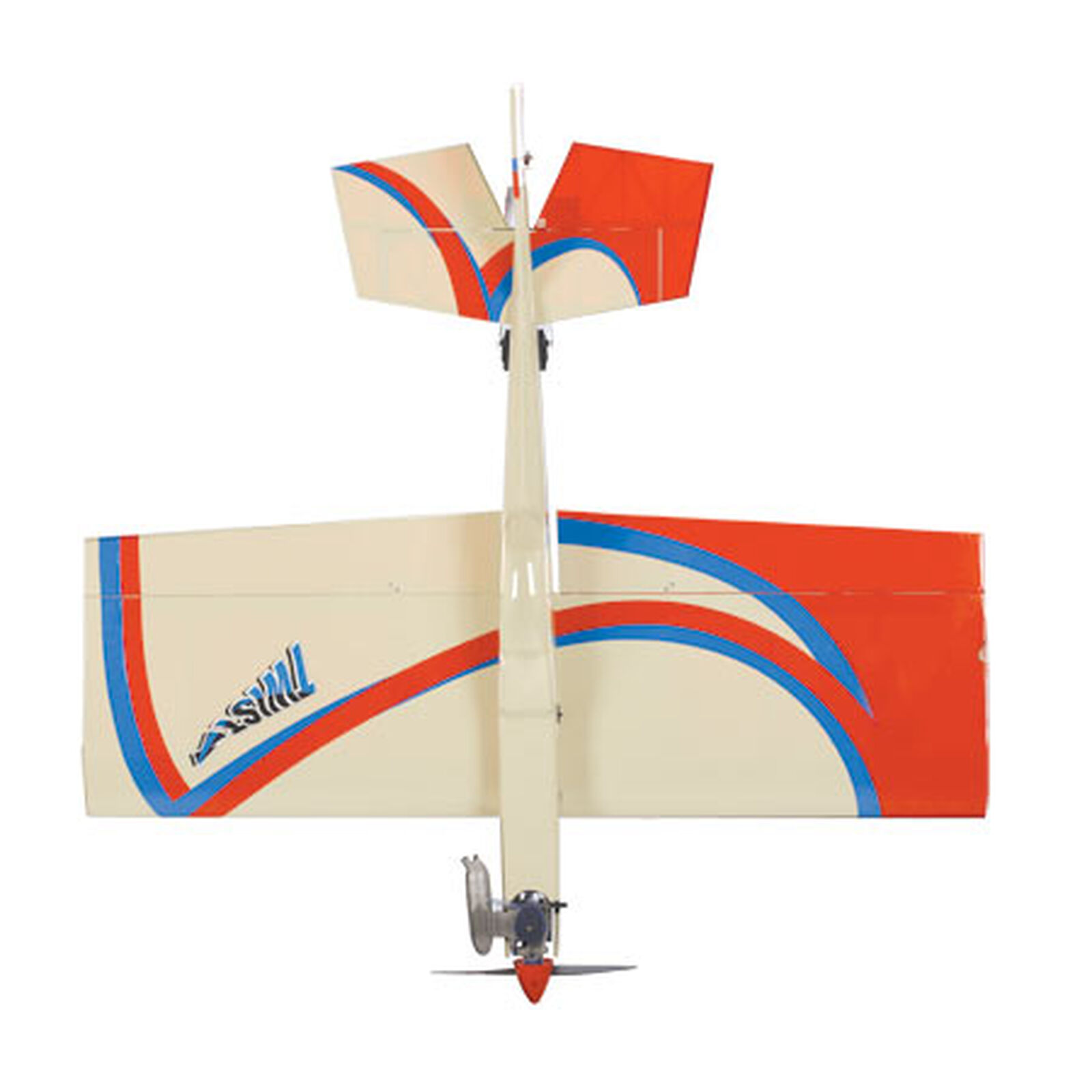 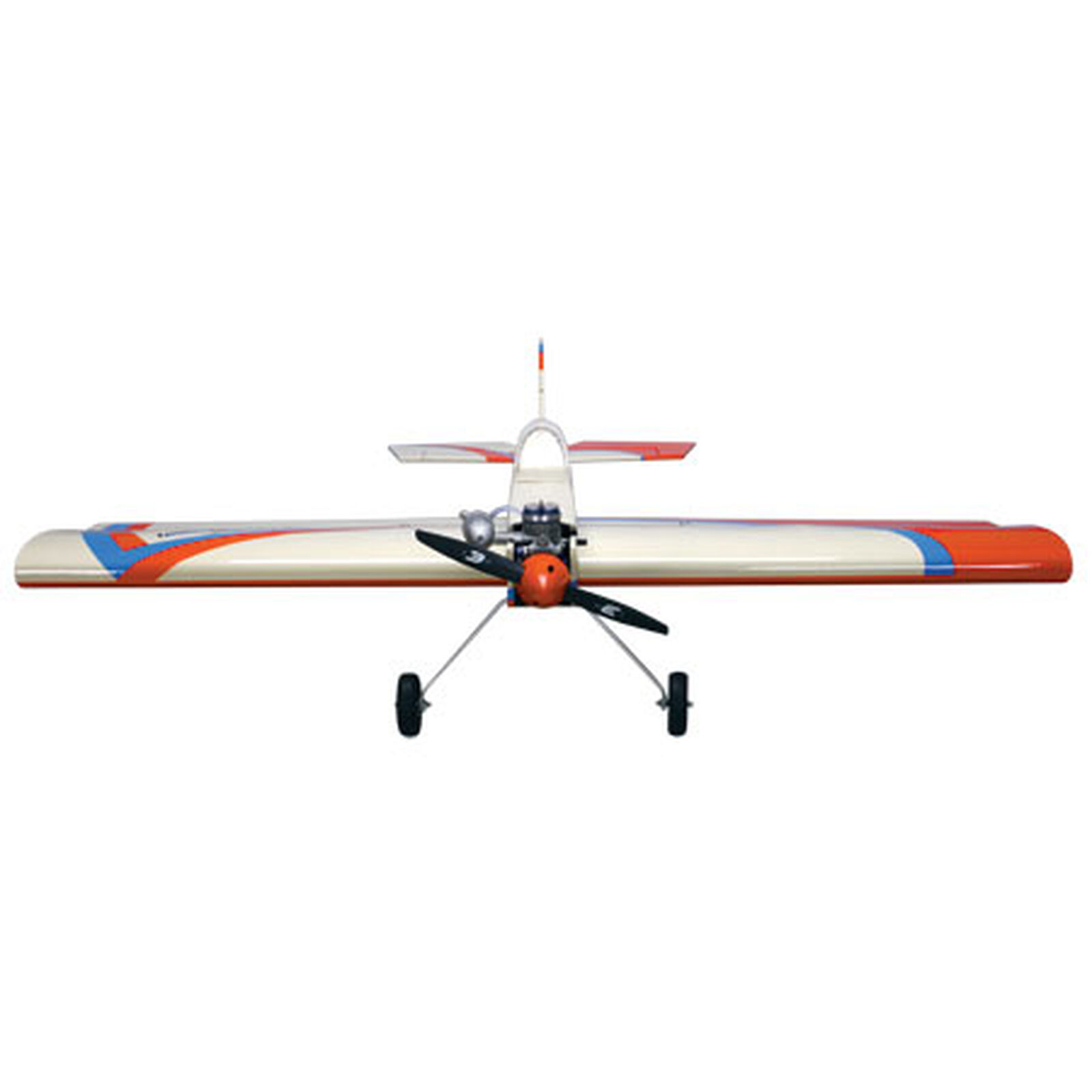 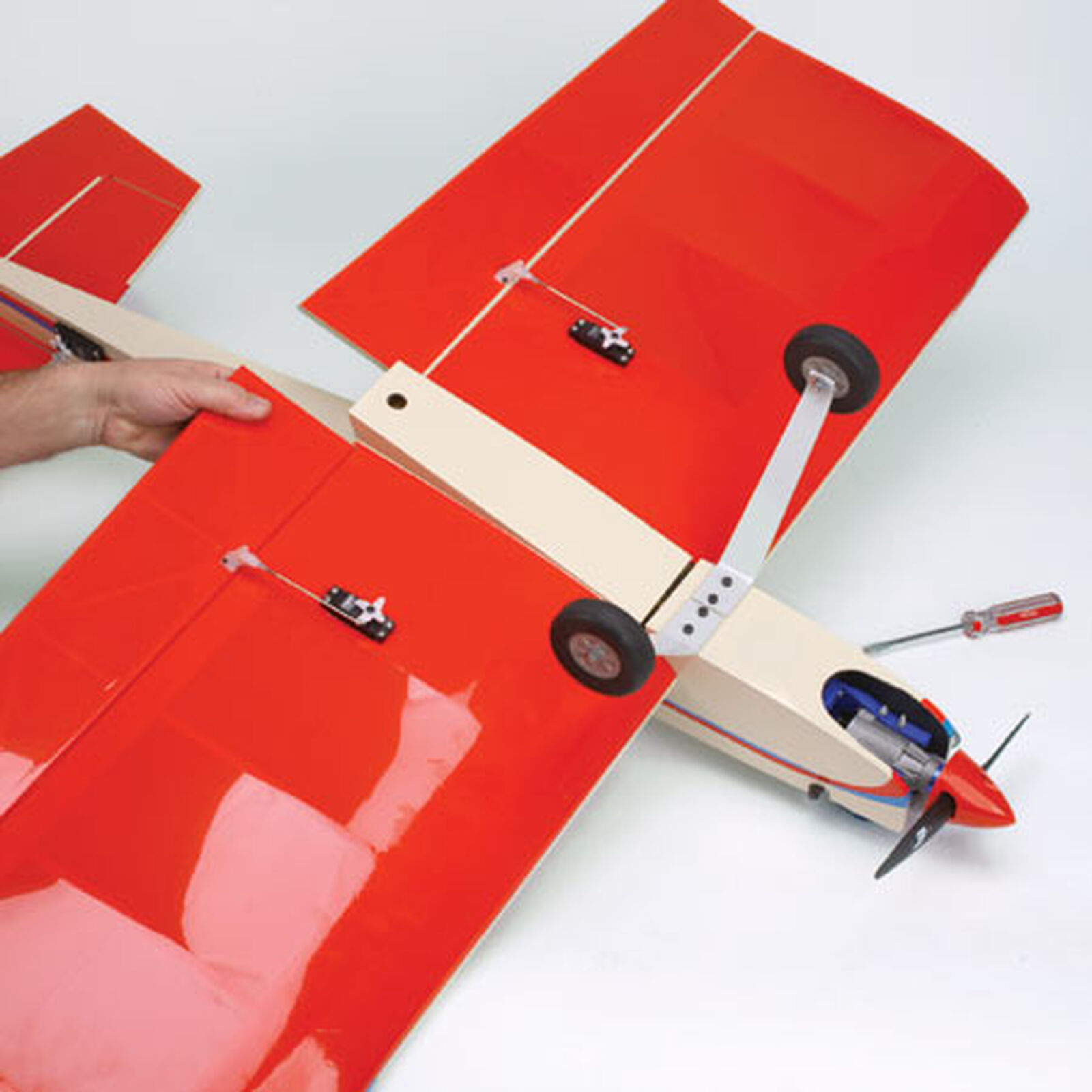 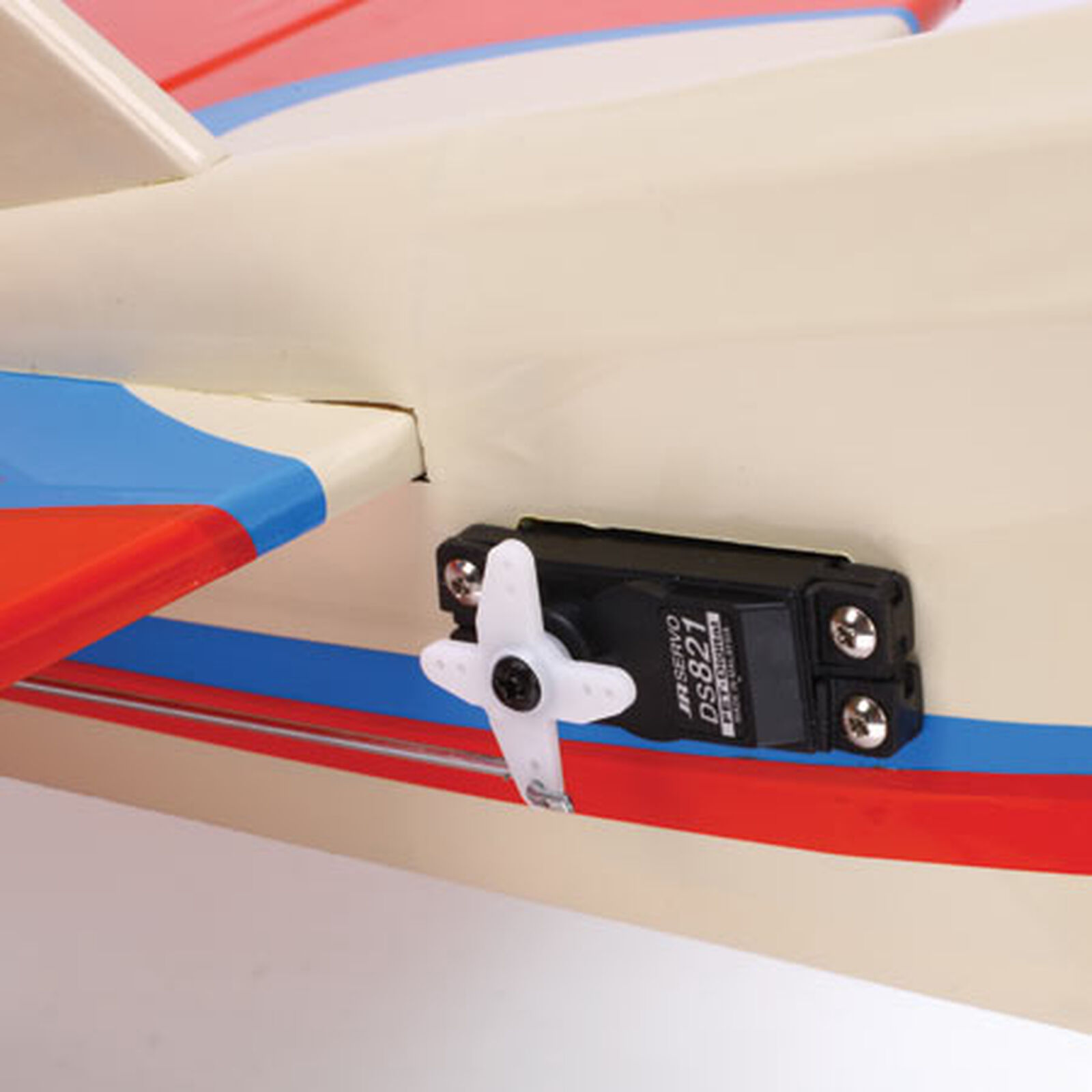 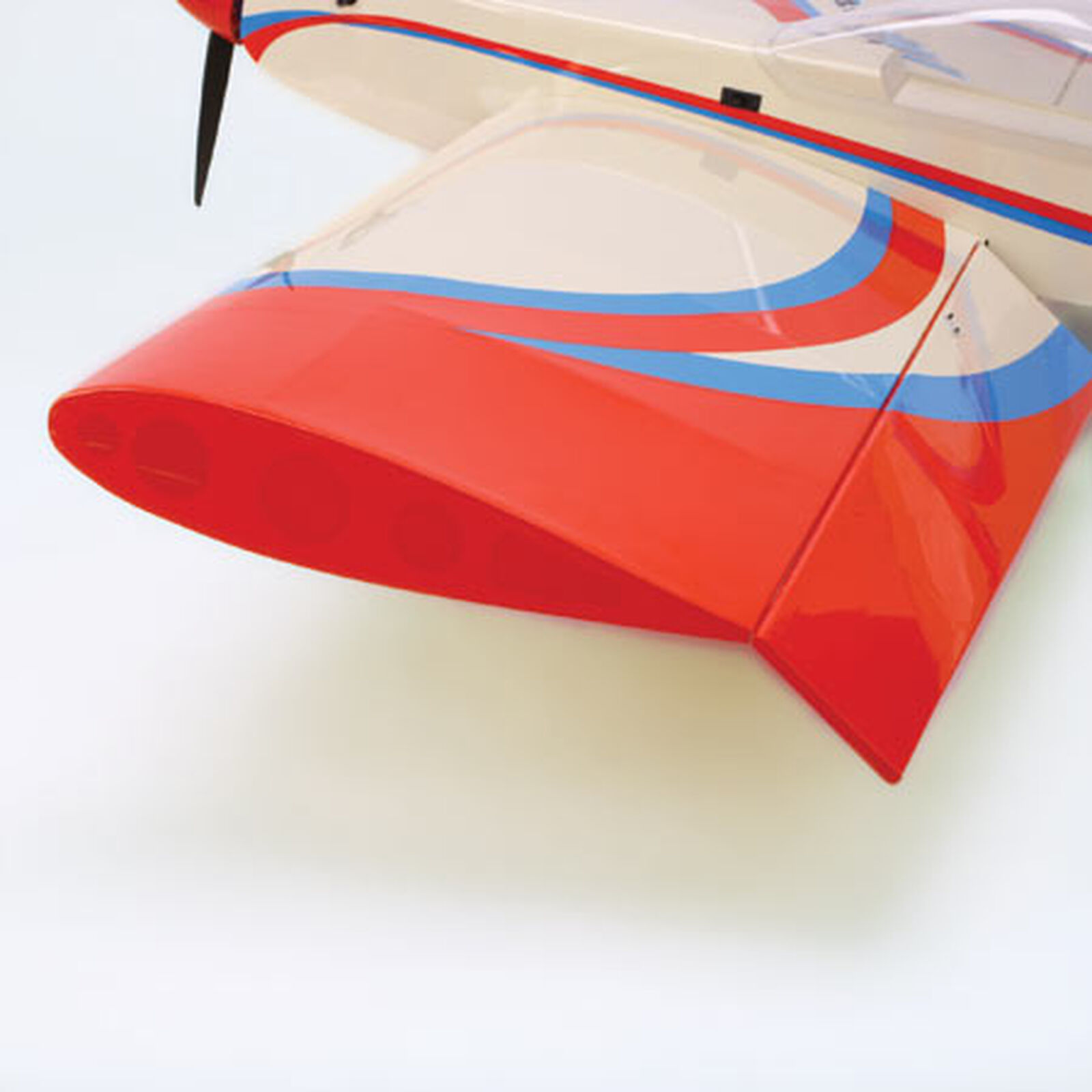 Email when back in stock

From hovers to harriers, knife-edge loops to flat spins, the Hangar 9® Twist 40™ ARF is the thoroughly capable sport 3D plane that’s always up for a good time. It comes out of the box with a great-looking UltraCote® trim scheme and can be assembled quickly thanks to iits super-simple construction. Whether you’re looking for your first 3D plane or your tenth, the Twist 40 has everything you want and more.

Powered by
4.1 star rating 21 Reviews
0 Questions \ 0 Answers
ask a question
write a review
(9) (8) (3) (0) (1)
Show all reviews
ask a question
write a review
Thank you for posting a review!
We value your input. Share your review so everyone else can enjoy it too.
share
share
share
Thank you for posting a review!
Your review was sent successfully and is now waiting for our staff to publish it.
Thank you for posting a question!
Please click on the link in the confirmation email we just sent you to submit your question.
Your question will appear on the site once someone answers it.
write a review
ask a question
Updating Results
Verified Reviewer
0.0 star rating
05/05/21
Review by Anonymous User
On
share ' Share Review by Anonymous User facebook facebook Share Review by Anonymous User twitter twitter Share Review by Anonymous User LinkedIn linkedin Share Review by Anonymous User
05/05/21
Was this review helpful? 0 0
F
Flymu2 B.
5.0 star rating
10/24/10
GREAT SPORT PLANE
Review by Flymu2 B. on 24 Oct 2010 review stating GREAT SPORT PLANE
I have flown radio control on and off for the last 30+ years, and I can absolutly say that the Hangar 9 twist 40 is one of the most fun sport planes I have ever owned / flown. This is an airplane with multiple personalities; with limited control throws it could easily be a first low wing airplane with an approach and landing speed that is equal to most trainers. Max out the control throws, throw on a big engine (OS .55ax on mine) move the CG aft and HANG ON this airplane will do any trick in the book, and then some. Hanging on the prop, tumbling in its own length, and the best inverted flat spins you will ever see (will almost climb in one). Build quality is excellent, no issues with assembly, if your looking for a great all around sport plane you can not go wrong with the Hangar 9 Twist .40.
On Twist 40 V2 ARF, 47.75
share ' Share Review by Flymu2 B. on 24 Oct 2010 facebook facebook Share Review by Flymu2 B. on 24 Oct 2010 twitter twitter Share Review by Flymu2 B. on 24 Oct 2010 LinkedIn linkedin Share Review by Flymu2 B. on 24 Oct 2010
10/24/10
Was this review helpful? 6 1
C
Clipper16
5.0 star rating
04/19/13
Twist 40 Ver. 2
Review by Clipper16 on 19 Apr 2013 review stating Twist 40 Ver. 2
I have an original Twist 40, powered by a Saito 82, that I have been flying since 2008. Hundreds of flights and many gallons of fuel. I had two problems with the plane. The first was the ailerons. They were so warped that I could never get them to stay flat. I finally got some 1/4 &quot; balsa sheet and made them out of solid material. I may have gained an ounce or two but at least the ailerons stay straight. The second was the landing gear. I had made several landings without a hitch then came a hard one. The gear came off and pulled a lot of wood with it. Unlike the New Twist this landing gear is one piece attached with 2, 10-32 metal screws. The repair was a little tough due to the small area you have to work with. I had new wood to work with so I added a new hole in the center of the gear and used 3, 10-32 NYLON bolts. Now if you make a hard landing the nylon bolts will shear off but the fuse is undamaged. A word of caution if you fly when it is really cold then don't use nylon bolts as they get very brittle.

I was considering getting a Ver. 2 Twist and retiring my original Twist 40, however I don't care for the two piece landing gear, especially since there is no need for a 2 piece on this plane. There was a time when I had the resources to just fabricate a new gear and move on. But........

I also have a Twist 60 electric powered and it also has the two piece landing. Had I payed attention to the available documentation I would have seen that and possible not bought it.

The method for fastening the wing is a little tedious, like an earlier reviewer mentioned, in the fuselage and servo tray it is quite cramped, I would recommend glow over Evolution's 10cc small block gasoline engine, then you won't have any range problems induced by the cable, and won't need to mount an ignition battery, mix fuel with 2 stroke oil, mount the ignition system, route the cable for the spark plug, etc. An OS55AX with the stock pipe or a Saito FA-82 are excellent combinations for this plane. Yes, gasoline is way cleaner, more efficient, and cheaper than nitro, but you'll want to stick with nitro for this one.

I have a Saito FA-82 on mine, and all I can say is there can't be a more perfect combination of engine and air frame. I can spin an APC 13x7 prop at ~9200 RPM, which is more than enough power for all 3D. It'll hover nice and steady at around 2/3 throttle, put it wide open and it climbs like a rocket as far as the eye can see. I can also get up to a 12 minute flight with an 11oz tank, but make sure you have a timer on that! I was in a harrier the other day when I ran out of fuel, ended up smashing it into the ground, landing gear first, and snapped the fuselage clean in half like a stick, luckily it was an easy fix, I just stripped the yellow Utracote off, re-glued the fuse back together and then used a scroll saw with some 3/32&quot; plywood to make some side plates, glued those with wood glue, then resurfaced it. Had to shave a bit off the sides to make the wing fit, but it was no big deal with the rotary tool. Flies like new. Highly recommend the FA-82 for this one for a power plant with that 4 stoke purr and stunning low end torque.

I bought mine used at an auction a few months ago, so I can't really comment on the build. One of our local hobby shops had another one downstairs so I opened the box the other day to look at the manual, and it looks very much to me like one could get it built in a weekend without too much trouble. Should take around 10 hours to go from box to airworthy.

Performance wise, with the engine and prop configuration I listed above, it'll keep up with most 30-100cc gasoline planes in terms of speed and climb performance; it isn't quite as precise with some aerobatics like blenders and rolling circles, but will still surely satisfy most average sport or 3D pilots with a mix of electric, nitro, and gas planes. It's a really great &quot;chill out&quot; plane when we're at giant scale 3D funflys and need a break from the giant scale birds.

Overall, an excellent plane. No complaints other than the negligible annoyances of how cramped the servo/battery compartment is, and sometimes the receiver cables getting stuck in between the wing and fuselage when we're assembling it. It would be best if the canopy came off magnetically or with some simple screws like my Hangar 9 Inverza 33, then it would make fastening the wing and changing the receiver/servo battery way easier.