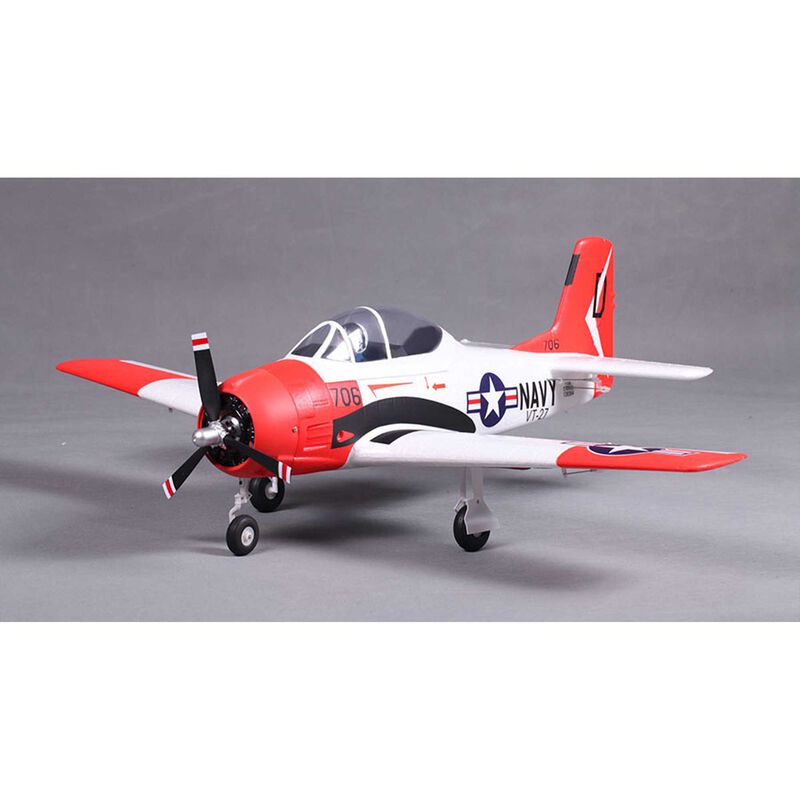 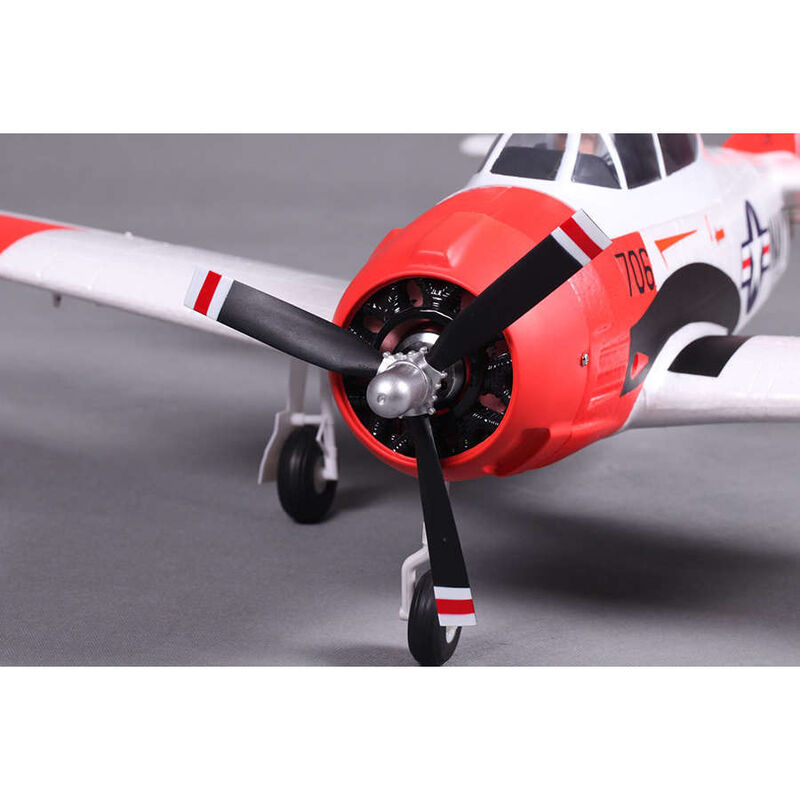 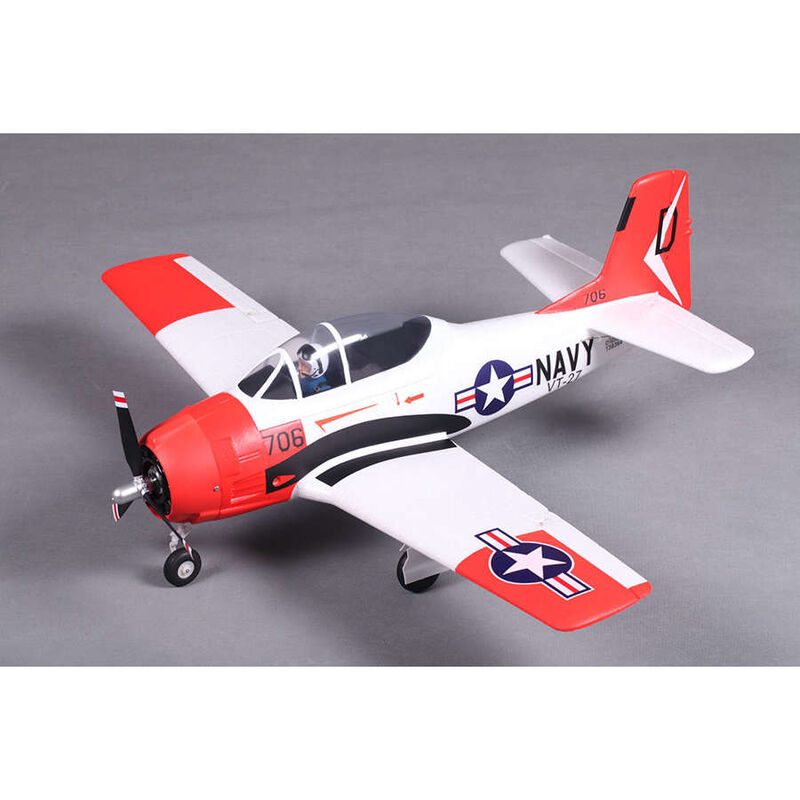 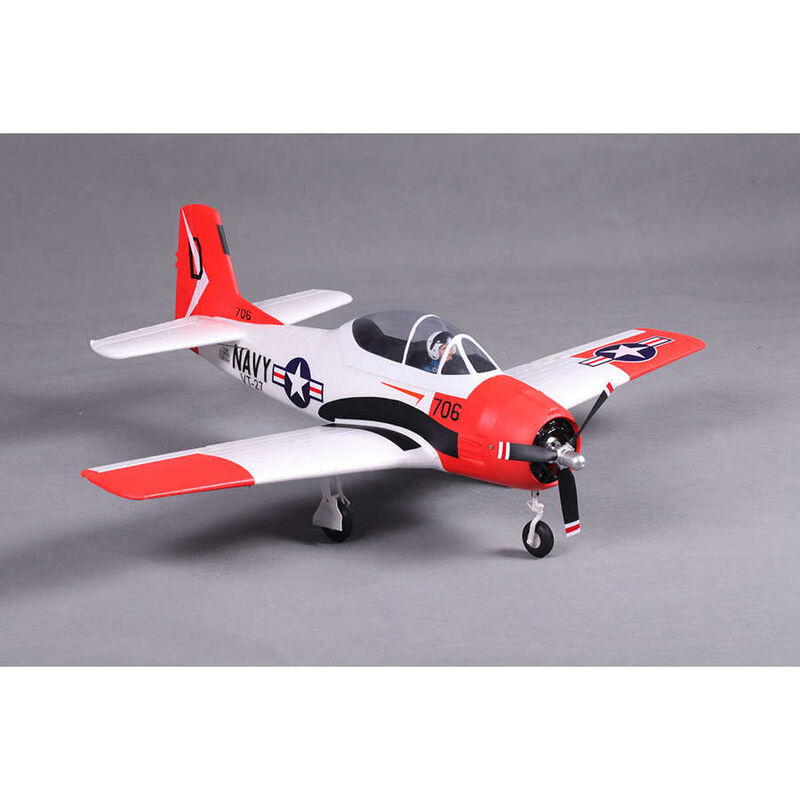 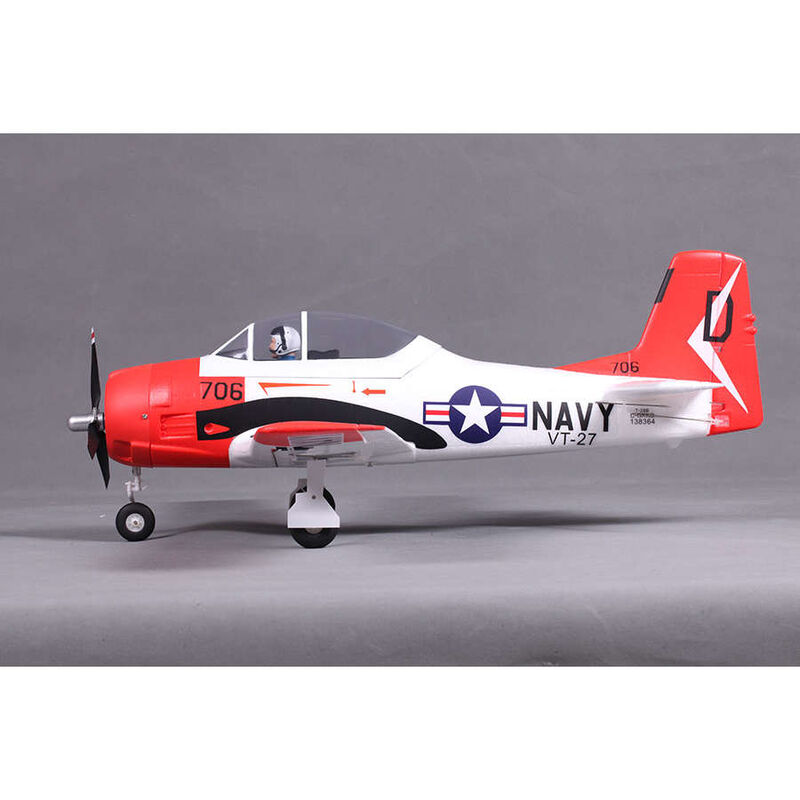 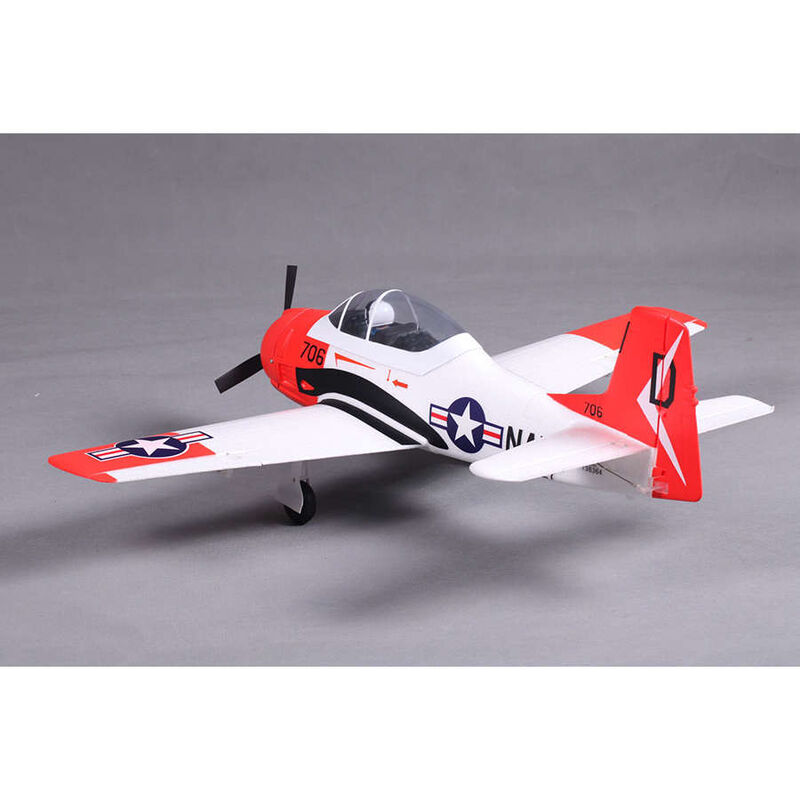 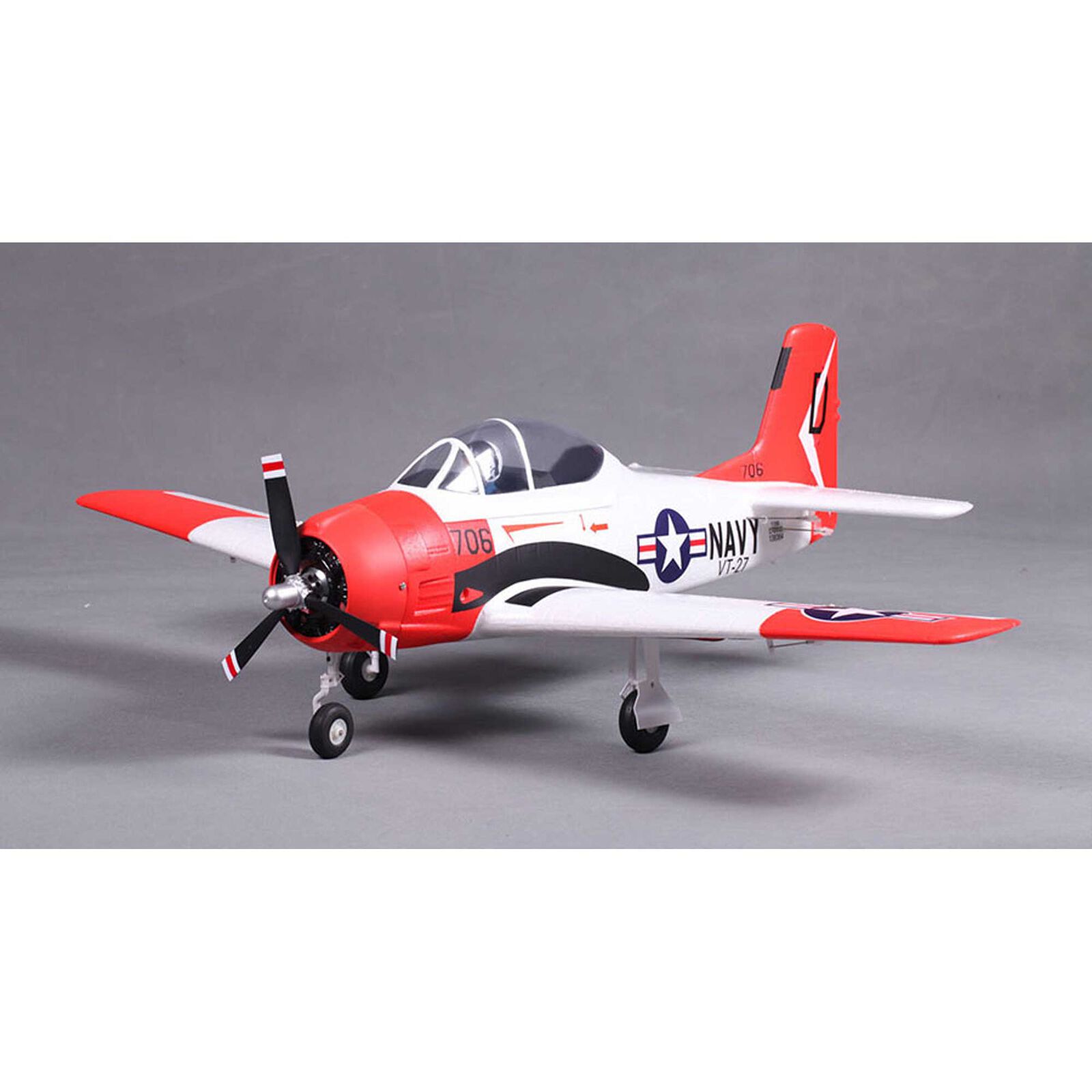 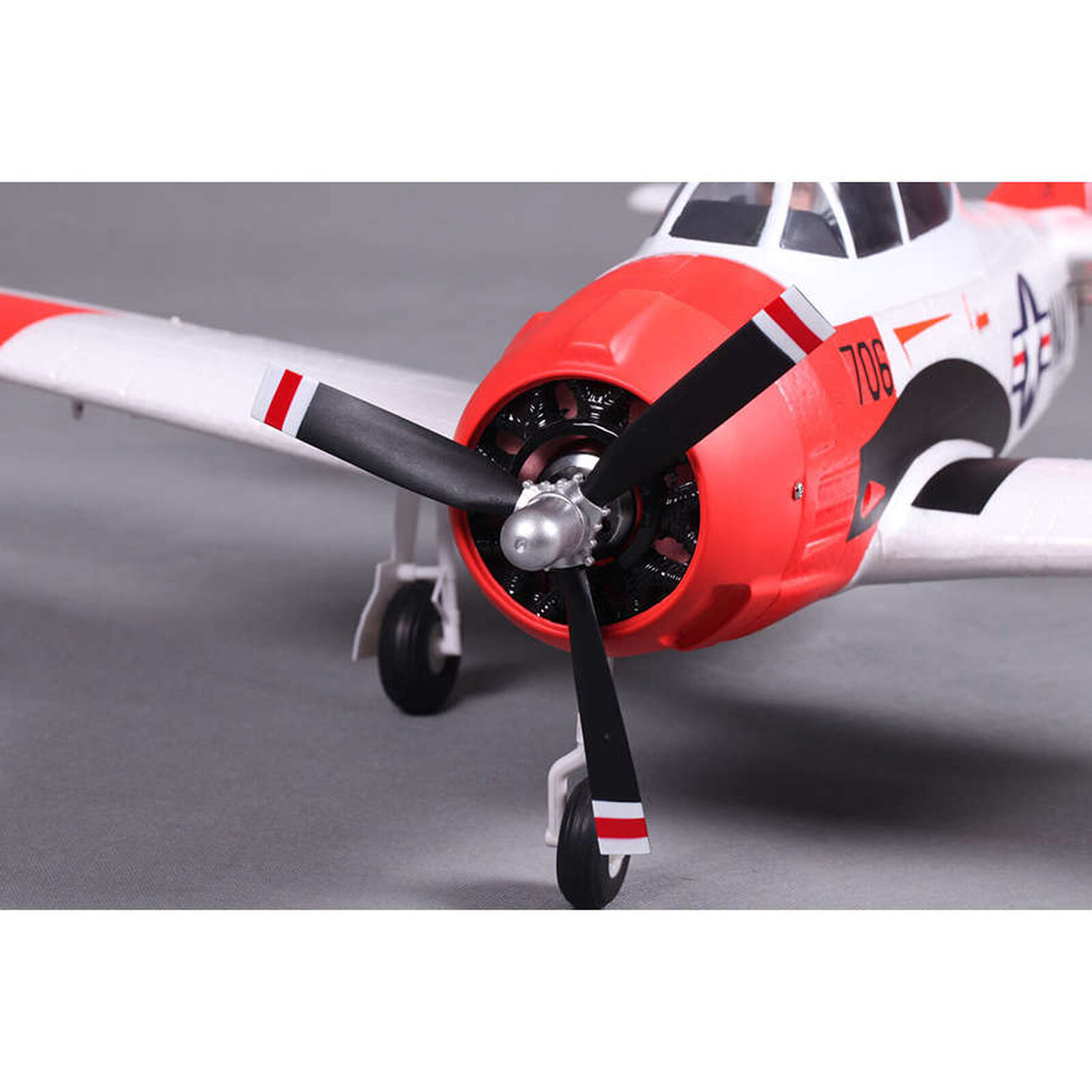 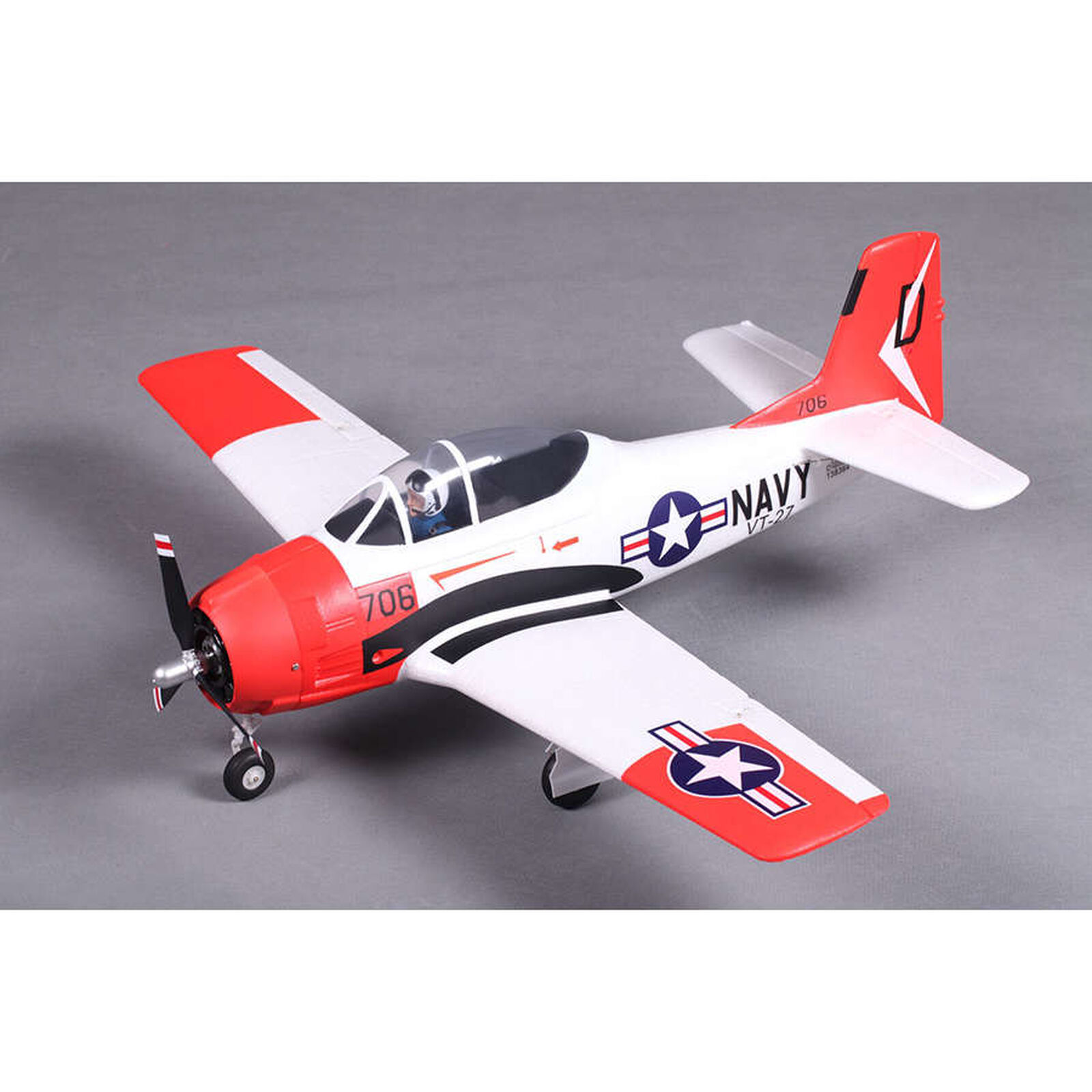 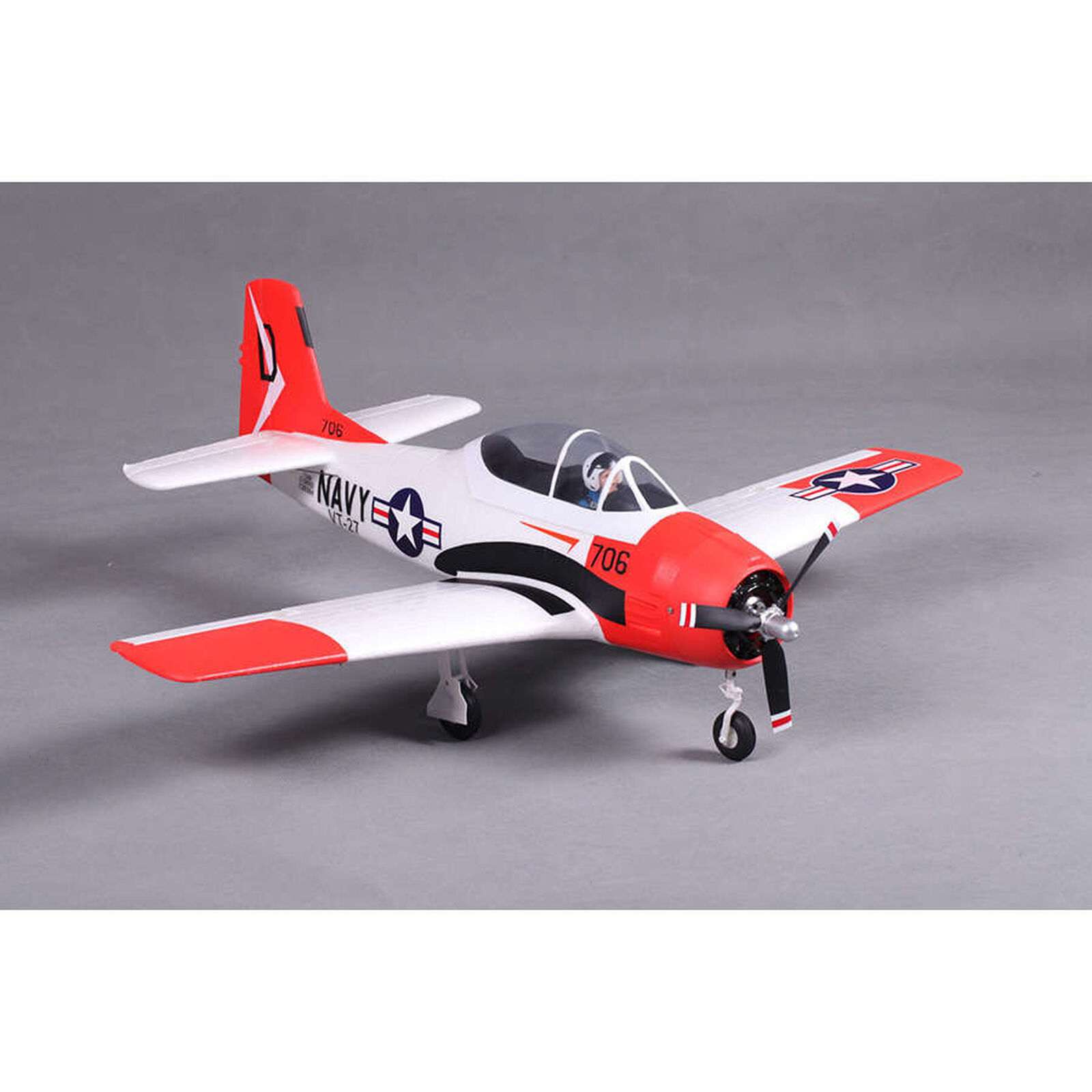 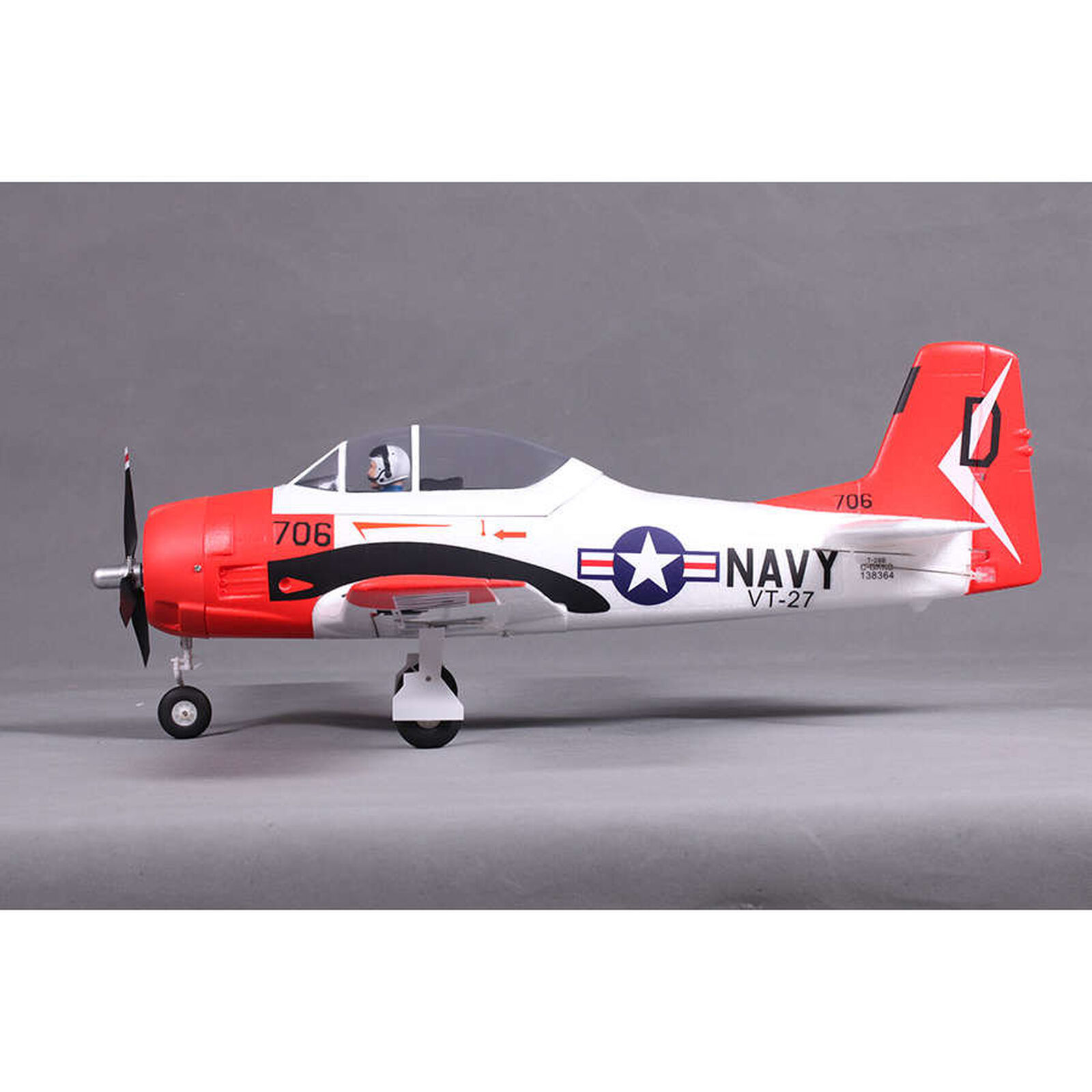 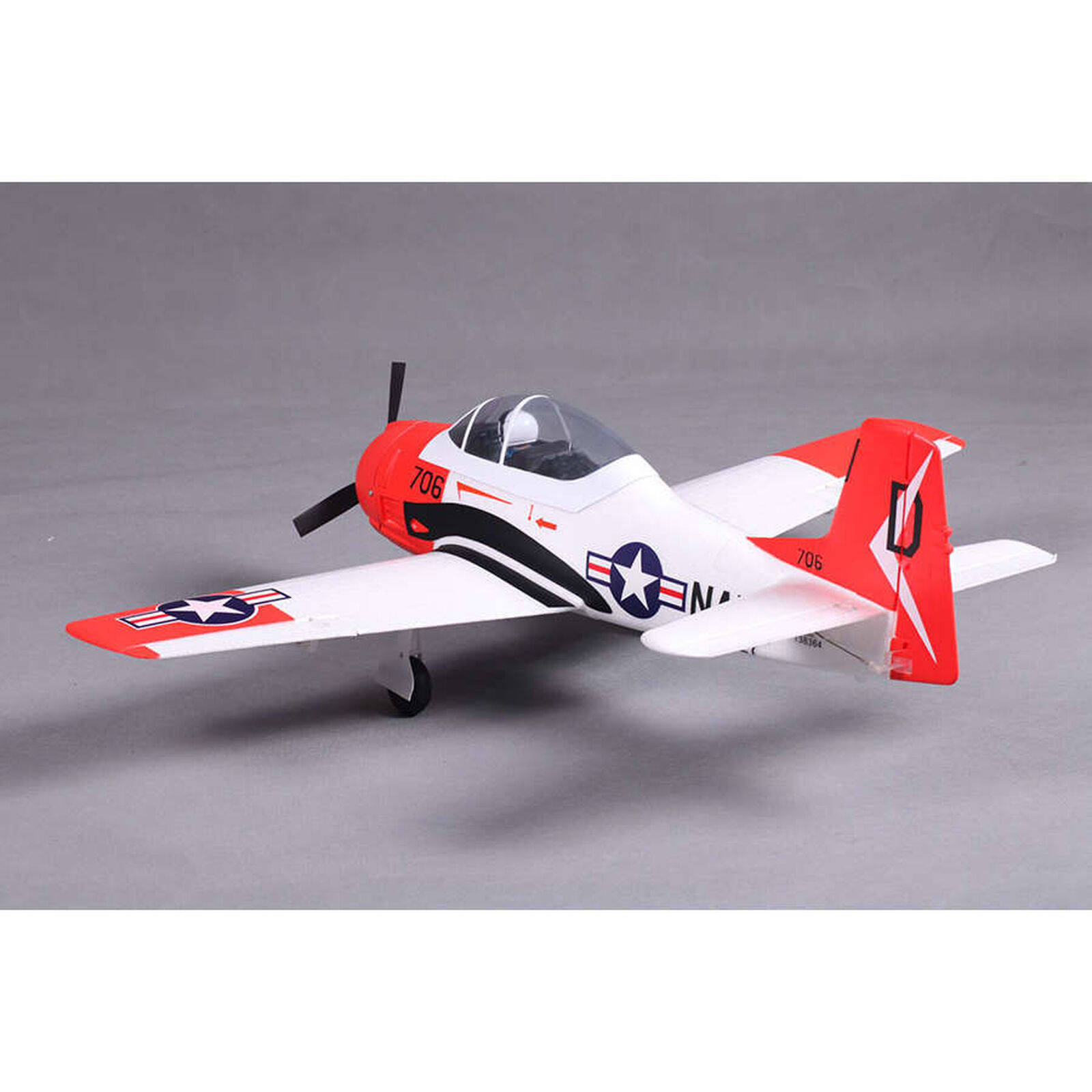 Designed to replace the aging T-6 Texan, the T-28 Trojan was a piston engine military trainer aircraft used by both the US Air Force and the US Navy. The Navy continued to use this as the primary trainer right up to the early 1980's.

FMS has chosen the most recognizable Navy color scheme for this outstanding flying model. Incorporating many scale features such as nose gear steering, dummy 9 cylinder radial engine, scale three blade prop and spinner make for an interesting model These features plus the power provided by the efficient brushless motor, will look great on the deck as well as screaming down the flying strip of your club.

For this newt batch of 800mm T-28 V2, FMS has made some changes to the steering arms & screws used to secure wings and revised the mould of foaming parts including fuselage, main wing set and horizontal stabilizer. These parts are all compatible with the older version.

Very strong, had a couple of less than desirable landings. Held up perfectly. My only complaint is the propeller. It's very brittle and breaks easily. I replaced with a 2-blade electric and haven't broke another since. 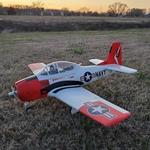