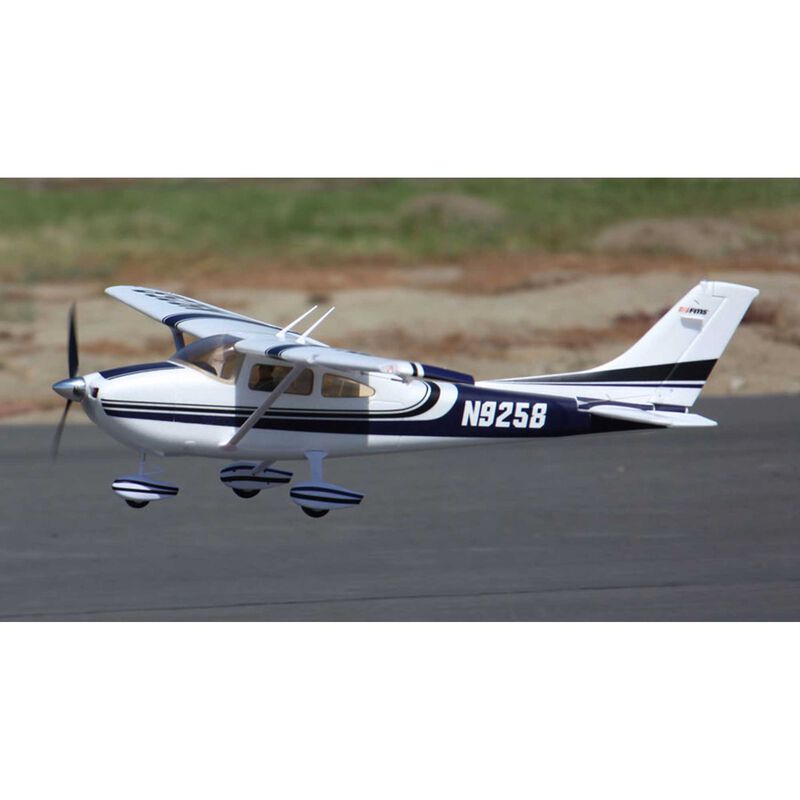 FMS has taken the trusty Sky Trainer 182 and given it a makeover. The EPO foam airframe has been given a new and improved high-gloss finish along with factory applied decals. The motor has been upgraded to a more powerful design and coupled with the new three-bladed prop. The larger LiPo battery provides additional power and speed. The Sky Trainer 182 amounts to an ideal intermediate trainer.

Powered by
4.0 star rating 6 Reviews
0 Questions \ 0 Answers
ask a question
write a review
(2) (2) (2) (0) (0)
Show all reviews
ask a question
write a review
Thank you for posting a review!
We value your input. Share your review so everyone else can enjoy it too.
share
share
share
Thank you for posting a review!
Your review was sent successfully and is now waiting for our staff to publish it.
Thank you for posting a question!
Please click on the link in the confirmation email we just sent you to submit your question.
Your question will appear on the site once someone answers it.
write a review
ask a question
Updating Results
Verified Reviewer
0.0 star rating
09/25/20
Review by Anonymous User
On
share ' Share Review by Anonymous User facebook facebook Share Review by Anonymous User twitter twitter Share Review by Anonymous User LinkedIn linkedin Share Review by Anonymous User
09/25/20
Was this review helpful? 0 0
P
Phil C. 5.0 star rating
12/13/16
Fantastic Flying, Scale Looks
Review by Phil C. on 13 Dec 2016 review stating Fantastic Flying, Scale Looks
I have had my eye on this particular plane for a while. I had seen some posts, and watched some videos on it, and it looked like it had a lot of scale features, in a familiar shape. Picked it up on black Friday, and it arrived in perfect condition. There were no dents/defects in the foam, but the blue decals on the tail are mismatched and leave some gaps (I am ordering another set to fix this). Other than that minor issue, the only hang up was getting all the wires from the wings down the central tube neatly but with care and patience it can be done (zip ties are your friend here!).

I cleared my model with Polycrylic to protect the finish, and also did detail painting. To complete the scale look I made US flag and Cessna decals for the tail.

On the ground and in the air, this plane has the scale looks and features of much more expensive models. If you were unsure of buying it, don't be! Shes a fantastic flying and looking plane. Don't let the trainer in the name fool you! 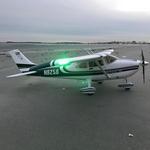 Bad:
-The wing spar is too short, especially for a plane this heavy. (Don't overload the wings!)
-Its difficult to keep it straight on the ground which makes it very hard to take off if you don't have a wide runway.
-The wiring options in this plane aren't the best. I had to put everything in the backseat behind the pilot. (You may be more creative than I am though)
-If you don't land on the back wheels first, then say goodbye to your prop, I've gone through 4 out of the 10-15 flight i've had. This is my 4th plane, and if you don't land it perfectly, you'll hit the prop which is only a couple inches from the ground.