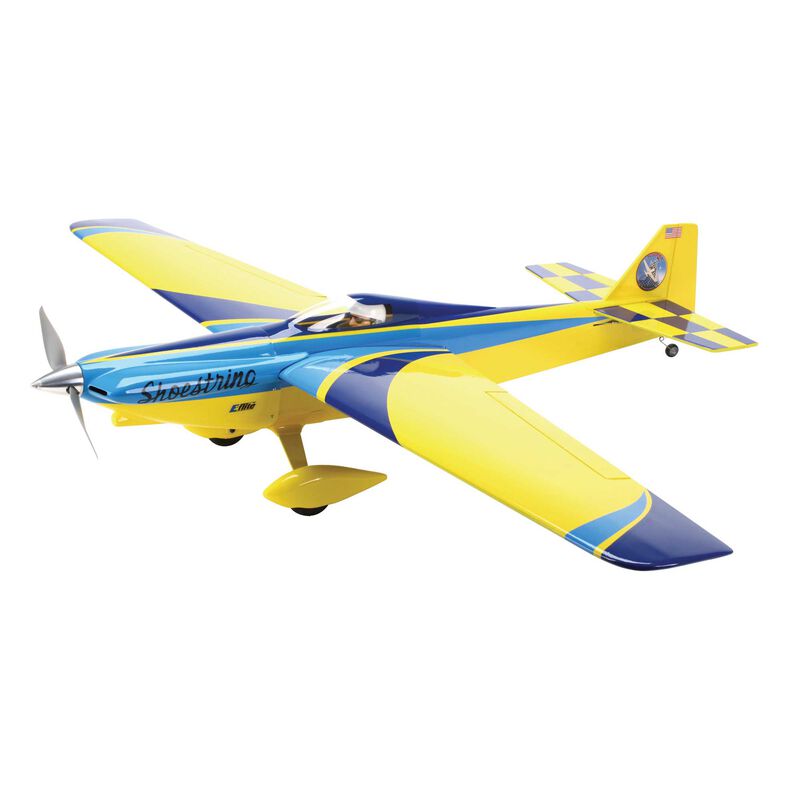 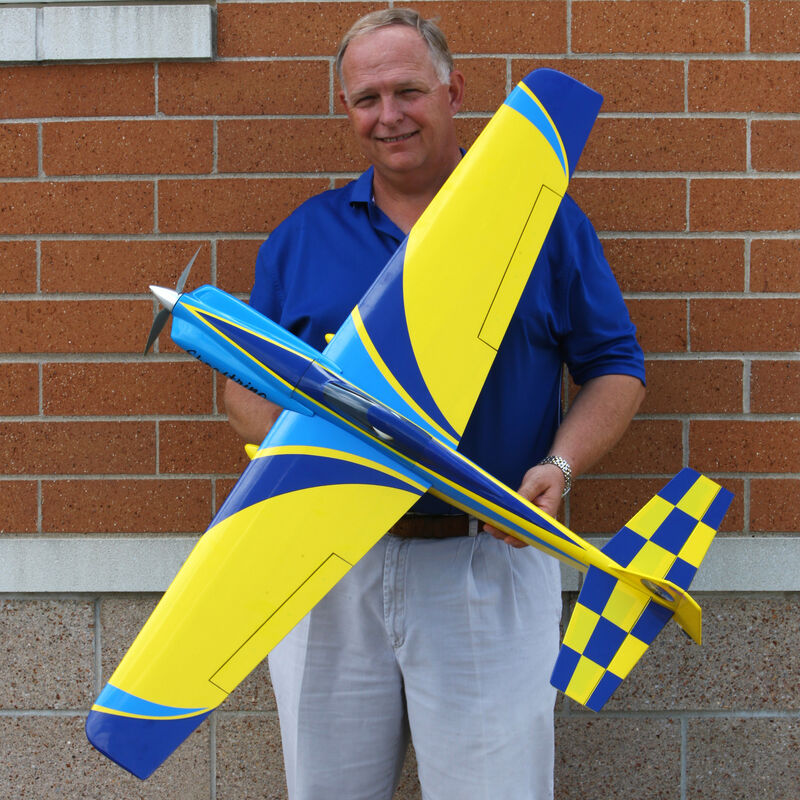 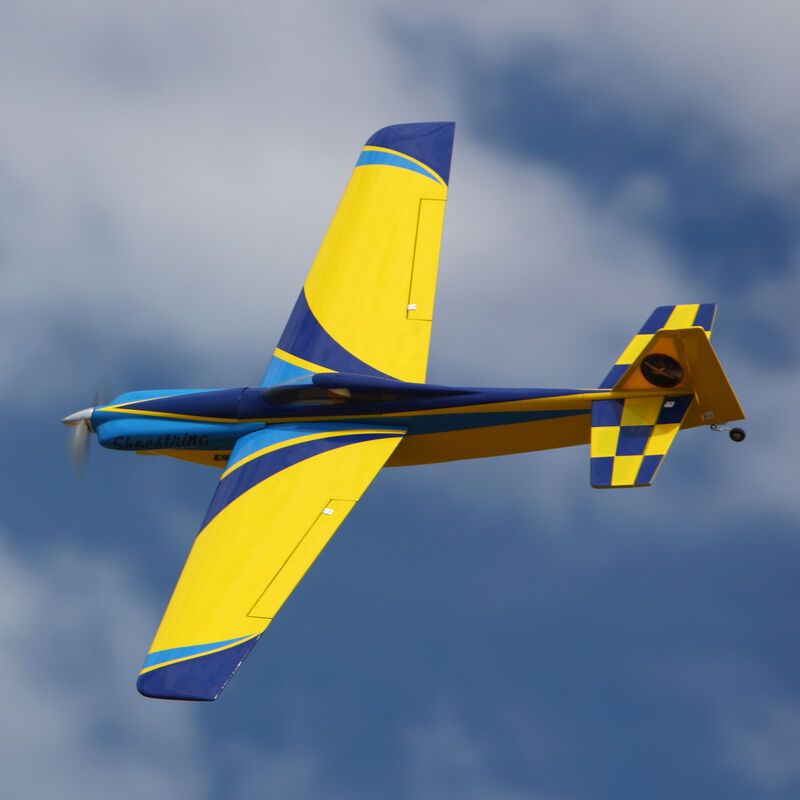 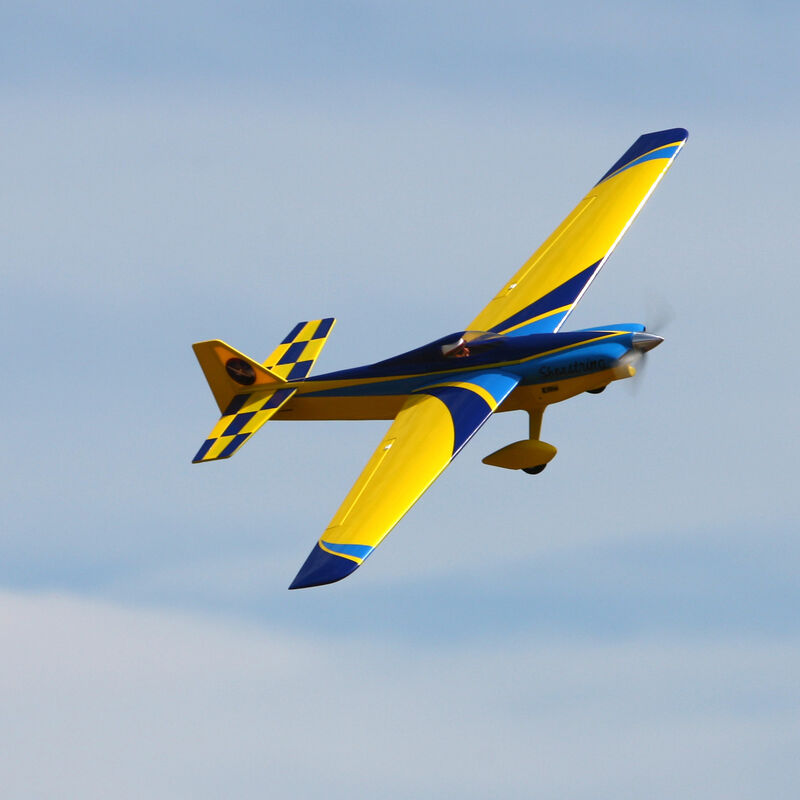 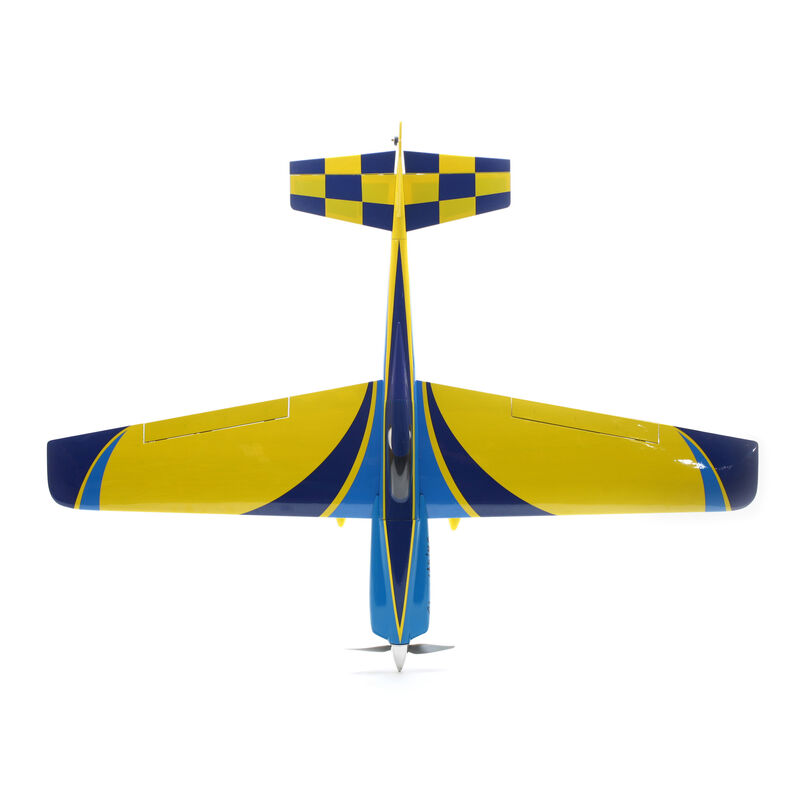 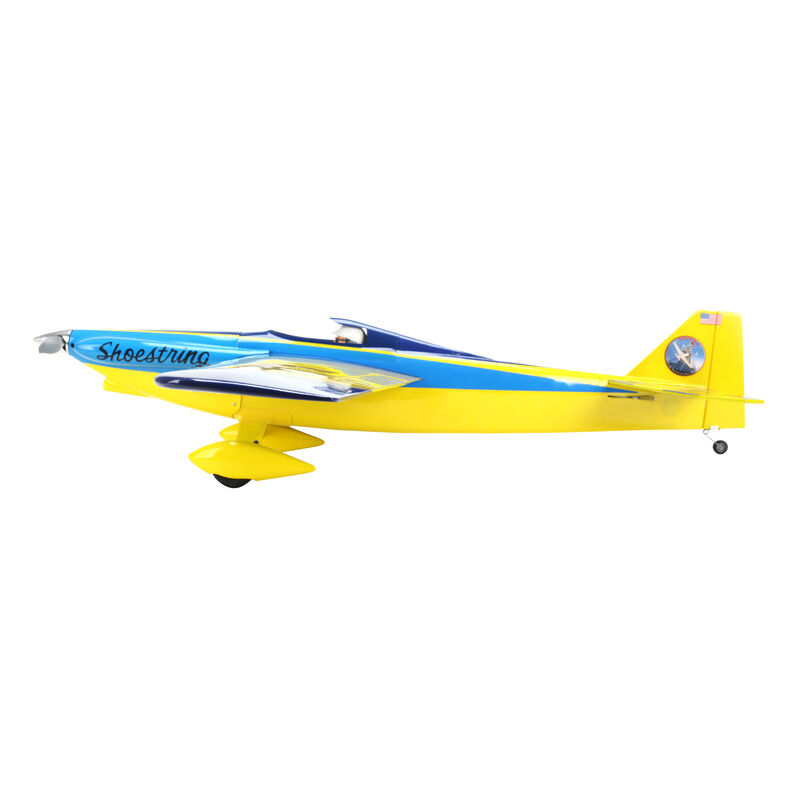 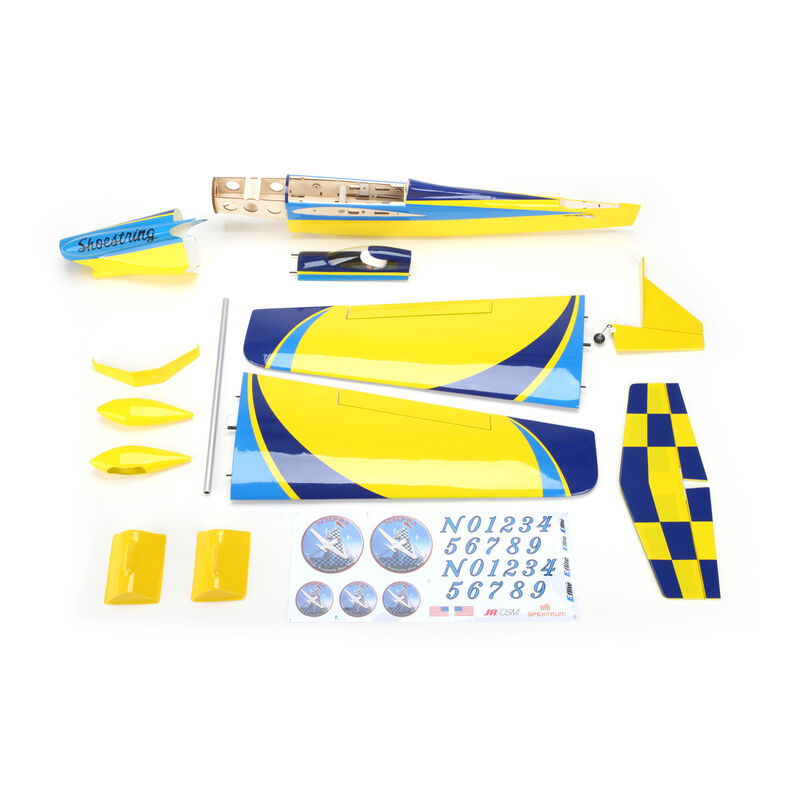 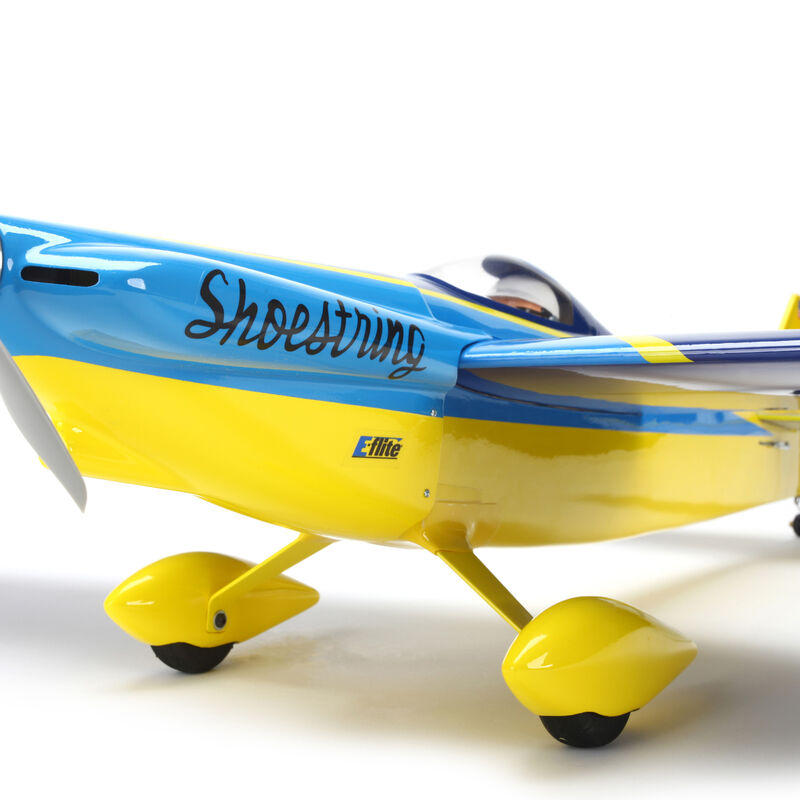 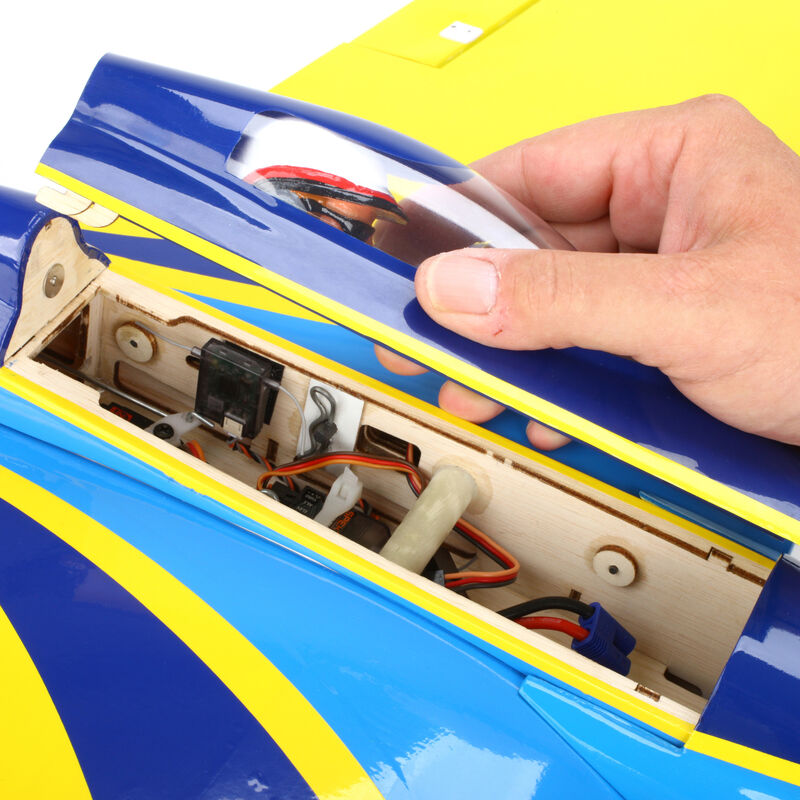 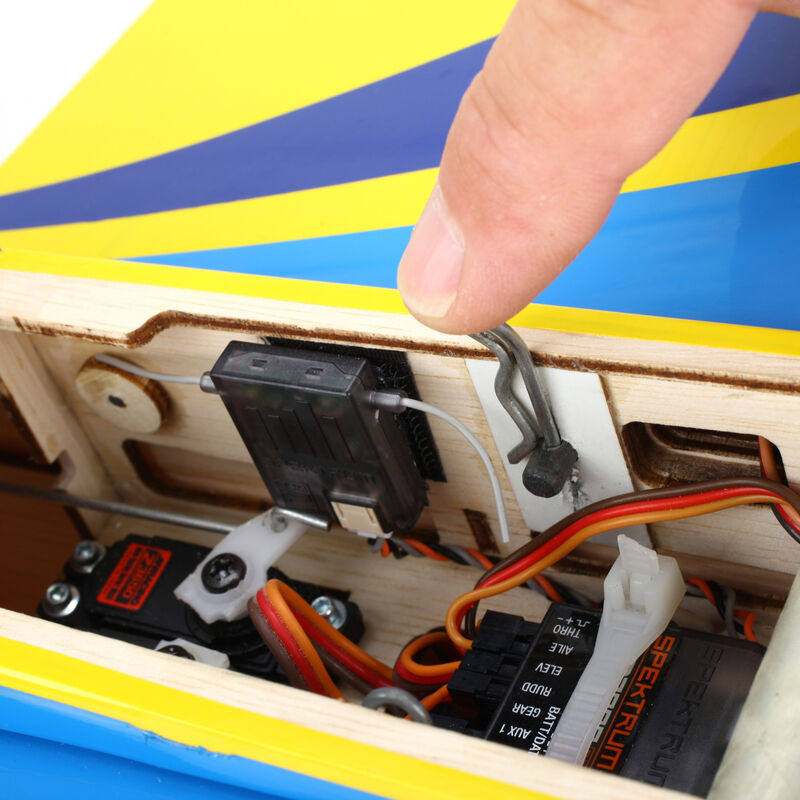 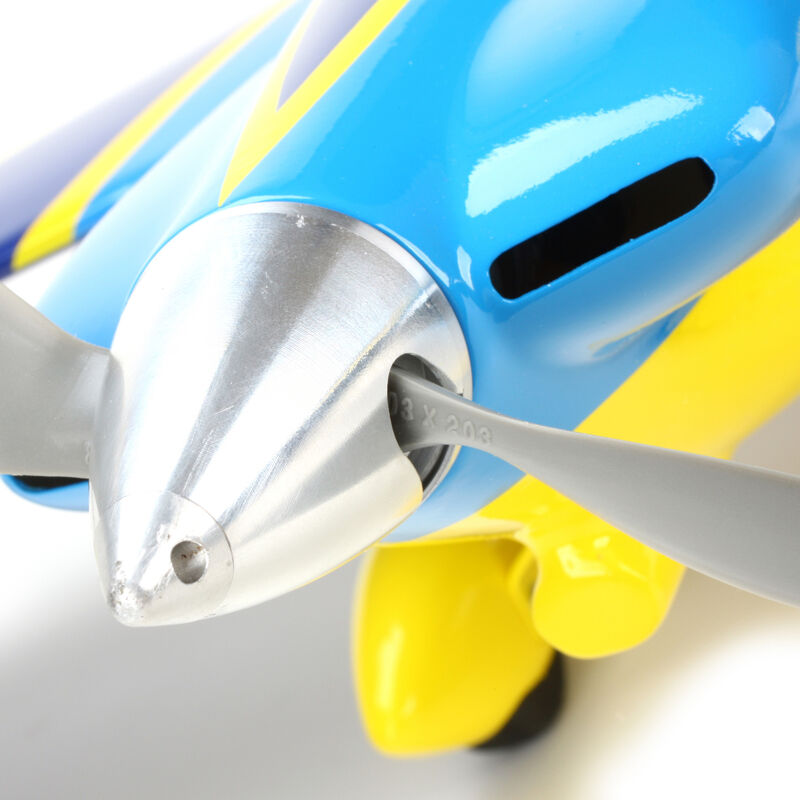 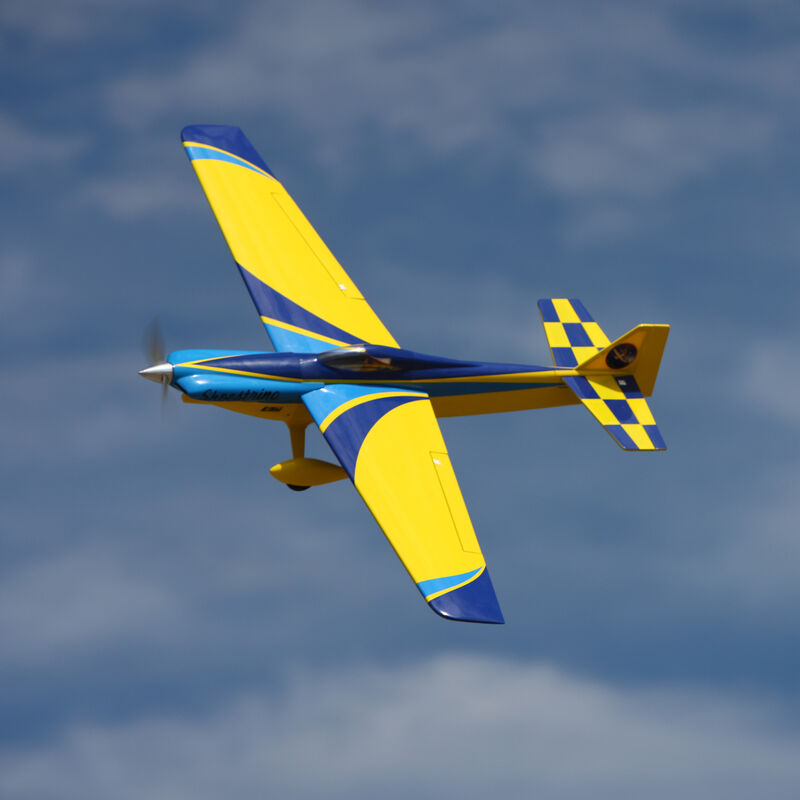 At home as a sport flyer or a serious racer, the E-flite Shoestring 15e EF1 Racer is built for performance. This electric sportster is NMPRA-legal for EF1-class pylon racing competition, by adding the E-flite Power 25 BL 1250Kv Outrunner motor, 60A brushless ESC, and 4S 2500mAh 14.8V 30C Li-Po battery. The spirited speedster is a mid-wing design constructed of lightweight balsa and plywood, with a low parts count that makes this ARF exceptionally easy to assemble. Adding to its great looks are the one-piece fiberglass cowl and included pilot figure, plus easy access through the secure battery hatch. Fulfill your need for speed with the E-flite Shoestring 15e EF1 Racer!

Great Job, E-Flite.
On Shoestring 15e ARF, 50.5
share ' Share Review by Pylonkrazy on 30 Nov 2012 facebook facebook Share Review by Pylonkrazy on 30 Nov 2012 twitter twitter Share Review by Pylonkrazy on 30 Nov 2012 LinkedIn linkedin Share Review by Pylonkrazy on 30 Nov 2012
11/30/12
Was this review helpful? 0 0
S
Spitfire59 5.0 star rating
06/26/12
'String is a bullet
Review by Spitfire59 on 26 Jun 2012 review stating &amp;#x27;String is a bullet
Nice quality ARF. Ultracote is the best plastic covering material available, bar none The finish on this plane is truly top quality. Fiberglass cowl and wheel pants are very nice. All hardware necessary including motor standoffs are in the box. This plane has been reviewed by RCGroups, M.A.N., Fly R/C and probably others. I agreed with the reviews I read. I took my time fitting the cowl to the canopy and it looks good if you ask me. It's a solid attachment. The canopy will not blow off. That being said, I I think the canopy could have been better engineered. I used a three cell for the maiden, and stayed around 3/4 throttle. It took a bit of rudder and aileron trim which I attributed to some torque. I flew for about five minutes with a 9 X 7.5 APC, and spent the last couple of minutes trying to land the plane at less than 30 miles an hour. Finally figured out I had to cut power completely on the down wind leg, make a nose down almost flat turn to final, and drag it across the runway until it settled. It lands at a quick speed, but it maintains its posture right to the end. No noseovers yet. Set the rates to low, whether it looks right or not. You can always put in more later. Subsequent flights were with an 8 X 8 APC and four cell, and the plane really came to life. Huge loops, bullet fast figure eights, fast passes, really cool stuff. I can't fly it without a 10-15 mph wind however. It just keeps going and going on the landings. Be ready for it. It's a great rush flying it, better and faster than my EDF jets, except the Evader which remains #1 for all out speed. For $150 or so you should have one of these in your hangar. I really like this one. Get the correct spinner for it. It adds a lot to the looks.
On Shoestring 15e ARF, 50.5
share ' Share Review by Spitfire59 on 26 Jun 2012 facebook facebook Share Review by Spitfire59 on 26 Jun 2012 twitter twitter Share Review by Spitfire59 on 26 Jun 2012 LinkedIn linkedin Share Review by Spitfire59 on 26 Jun 2012
06/26/12
Was this review helpful? 0 0
A
Akent T. 5.0 star rating
03/21/12
This is a beautiful RACER!
Review by Akent T. on 21 Mar 2012 review stating This is a beautiful RACER!
I was skeptical about this ARF after reading the posts on RCGroups.

I found most to be unfounded after I finally bit the bullet and bought one of these planes!!
I have no idea if the batch mine came from was a different one from the original ones. I do know that mine is amazingly well made. The fit and finish was outstanding.

The kit is beautifully finished, is straight as an arrow and the finished result flies like it's on rails! There is nothing to complain about with this kit! Compared to the Pogo (I have built 4 of those), the fit is far better, the finish is light years better, and it's lighter!

I am in love with this plane! I'm getting ready to buy another, to strip and recover/repaint for racing.