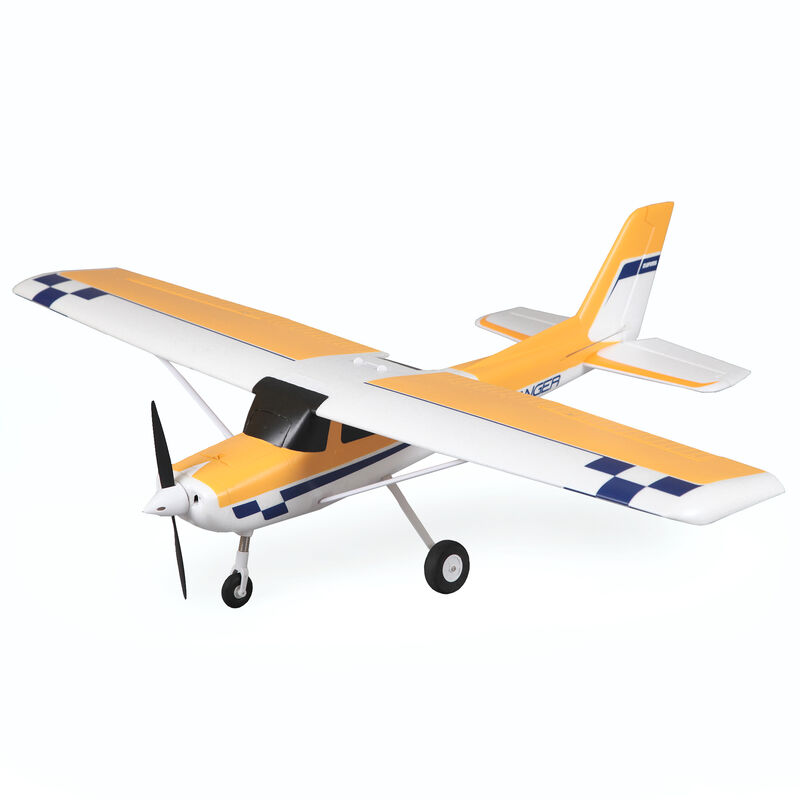 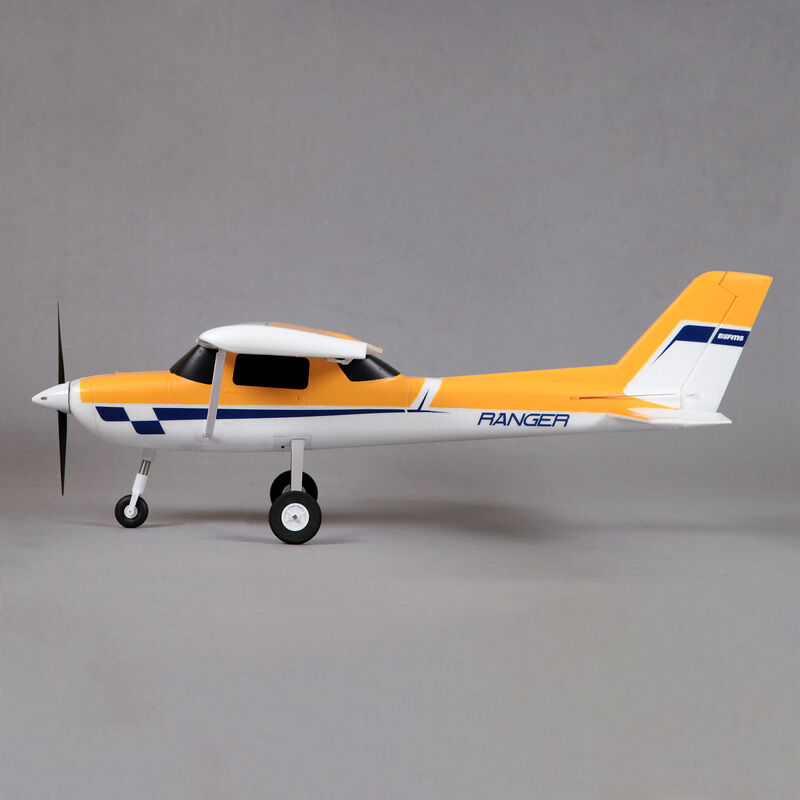 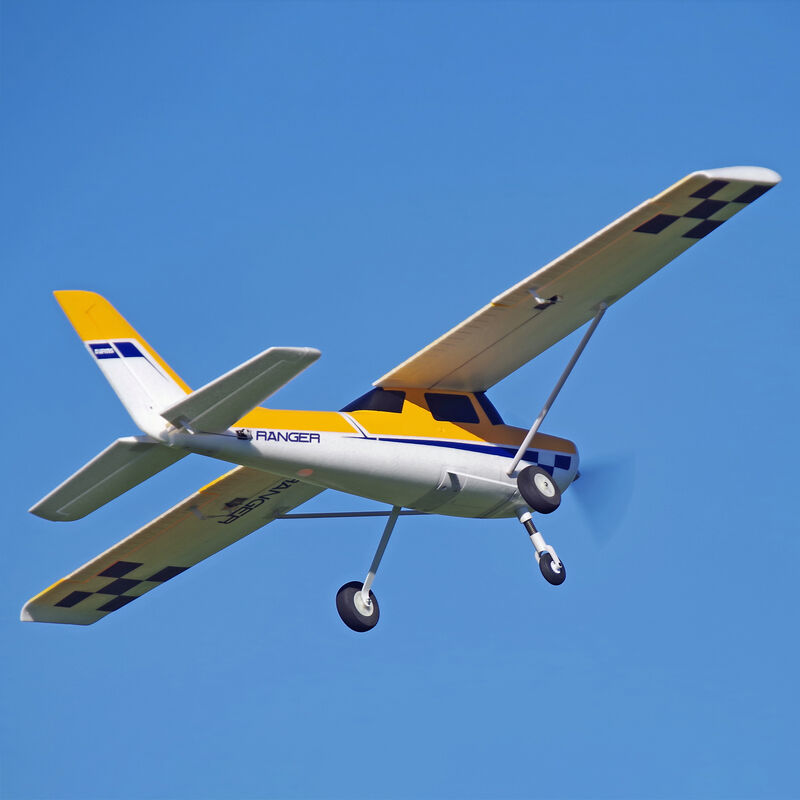 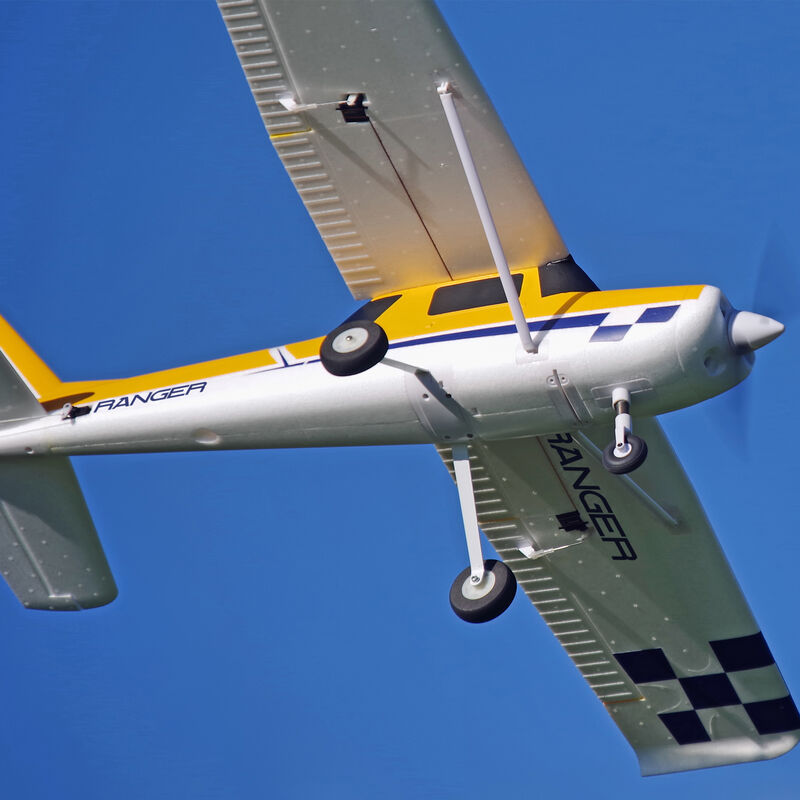 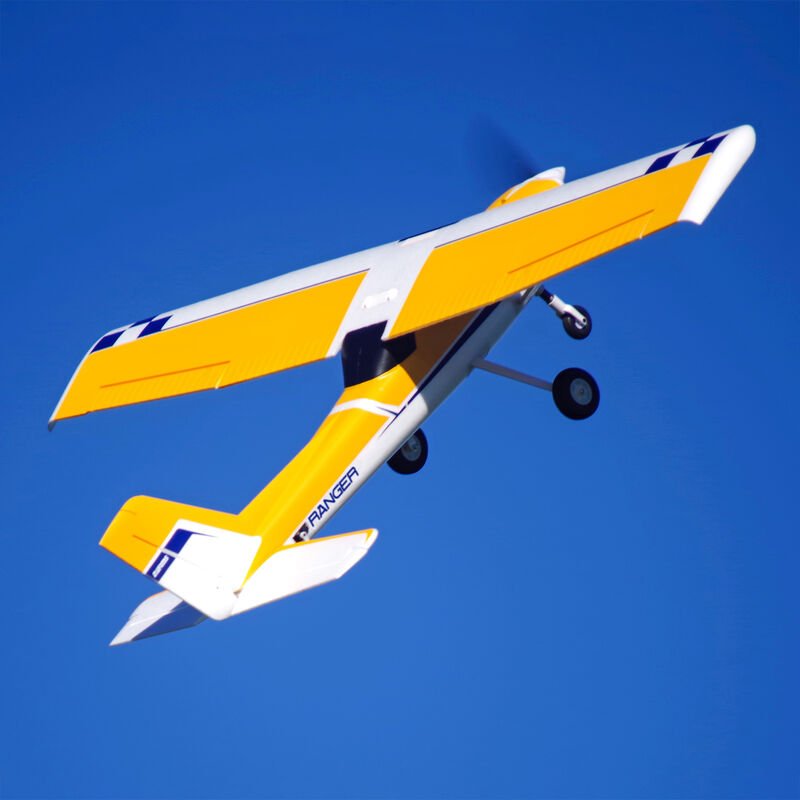 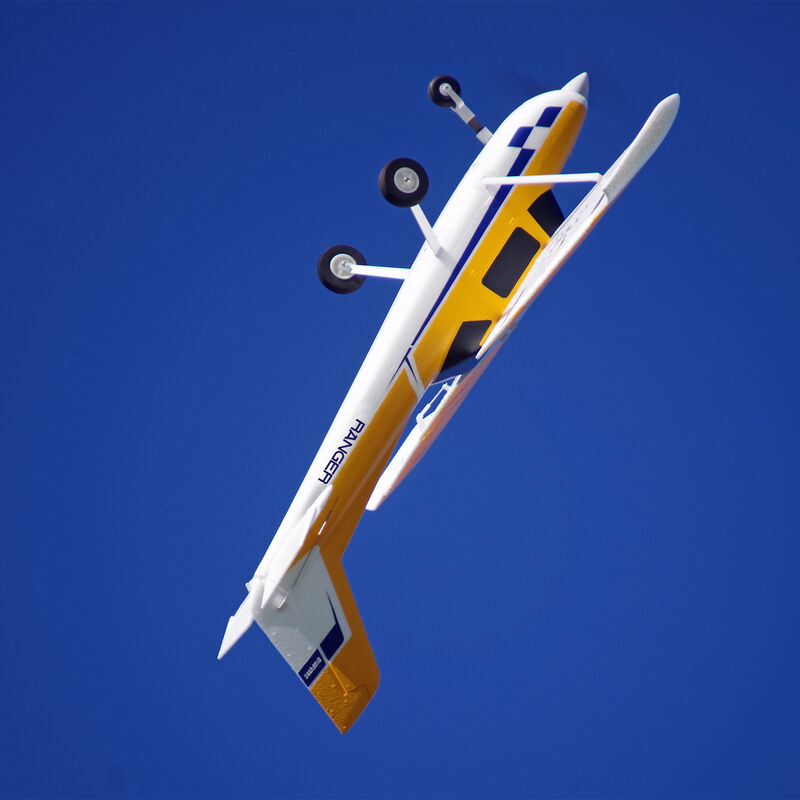 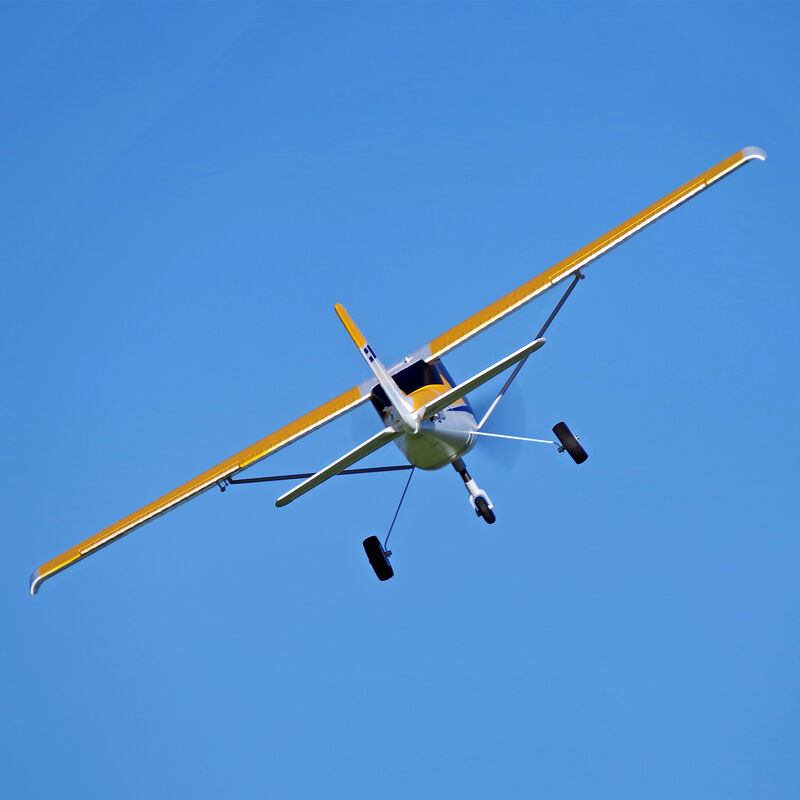 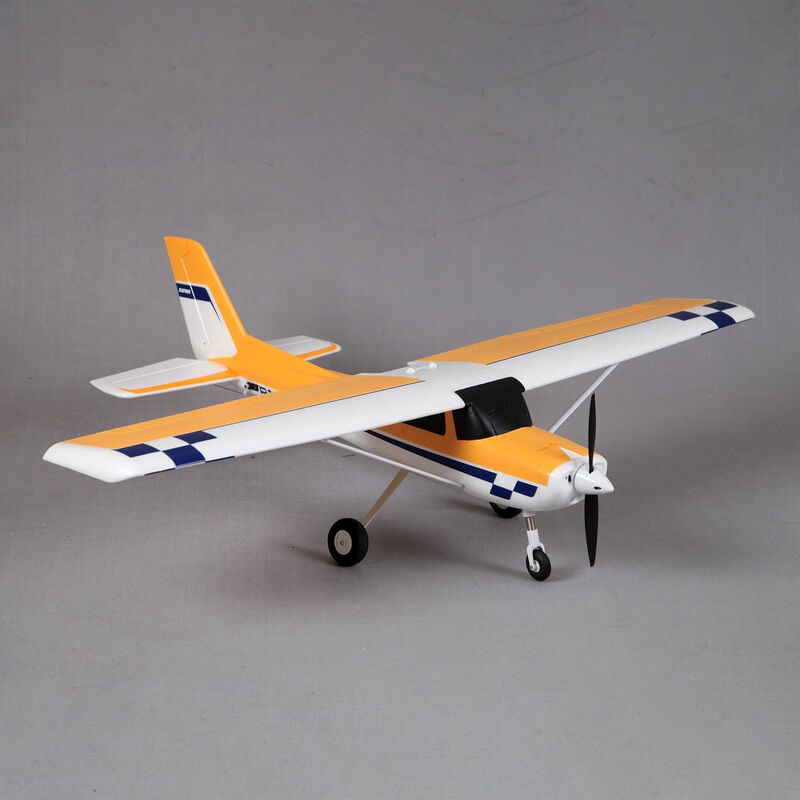 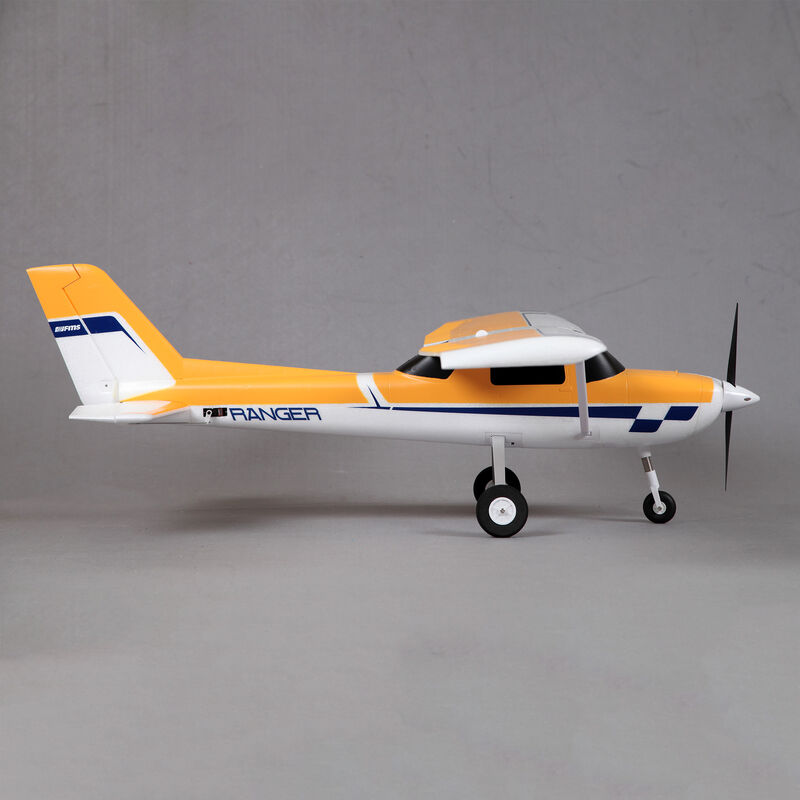 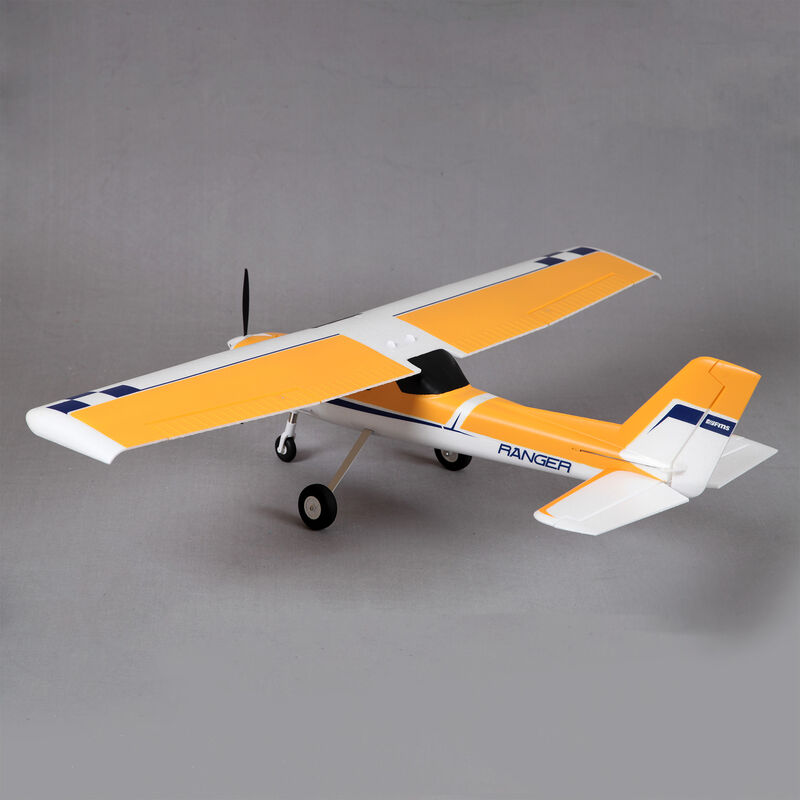 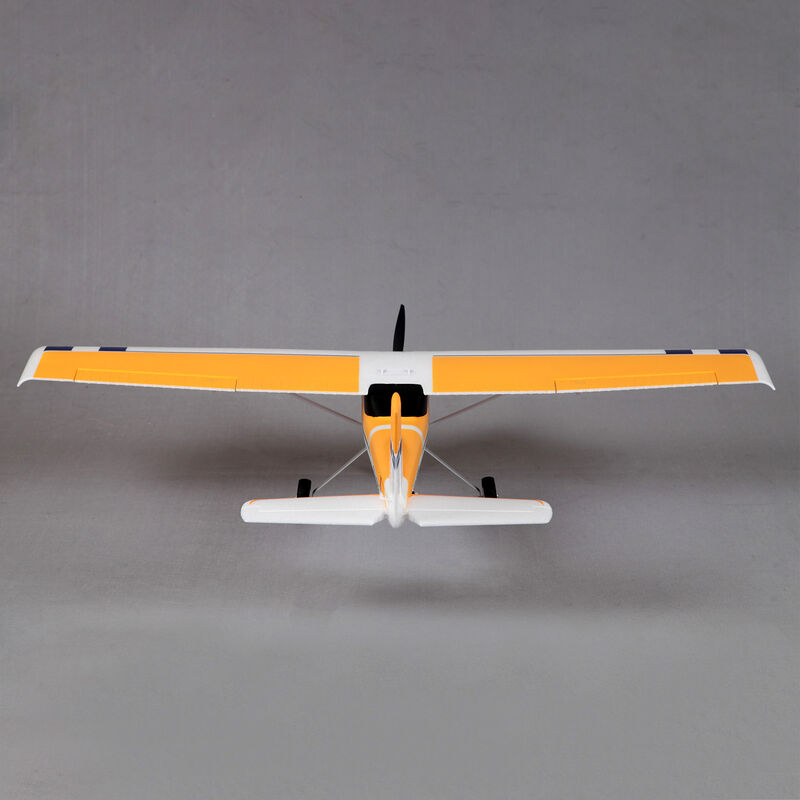 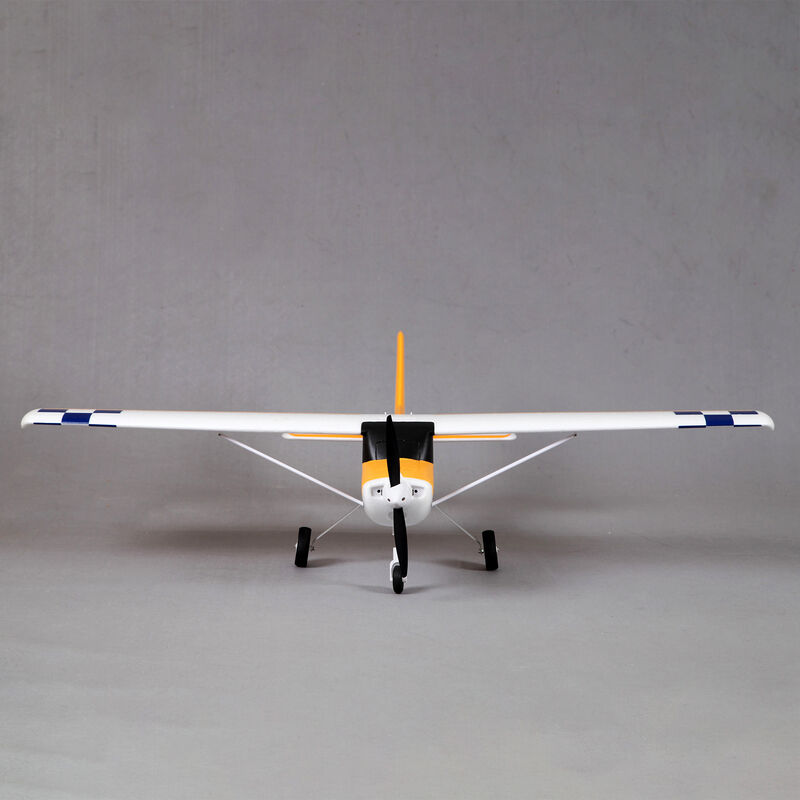 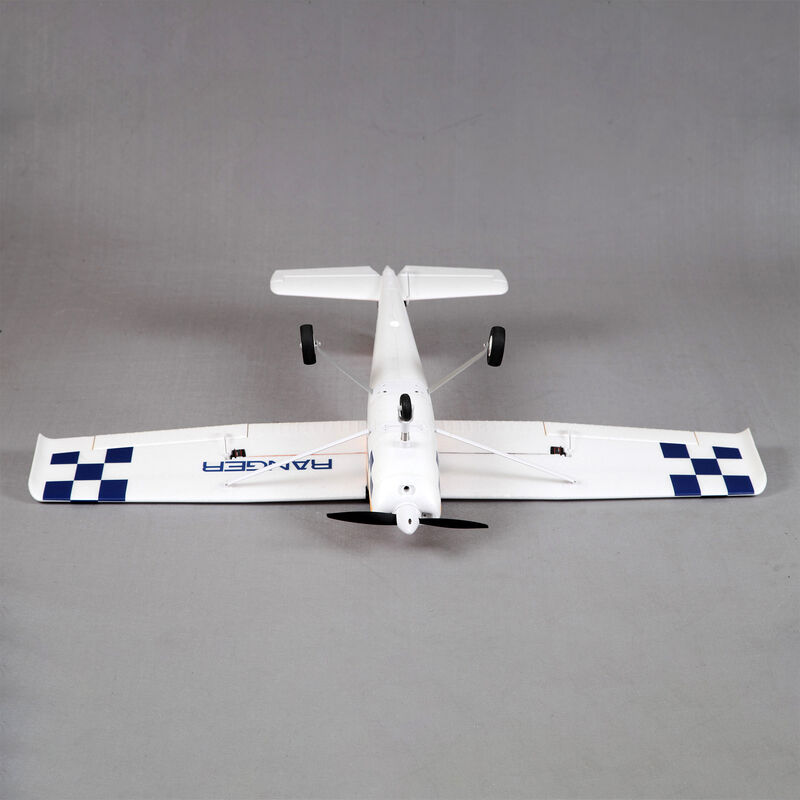 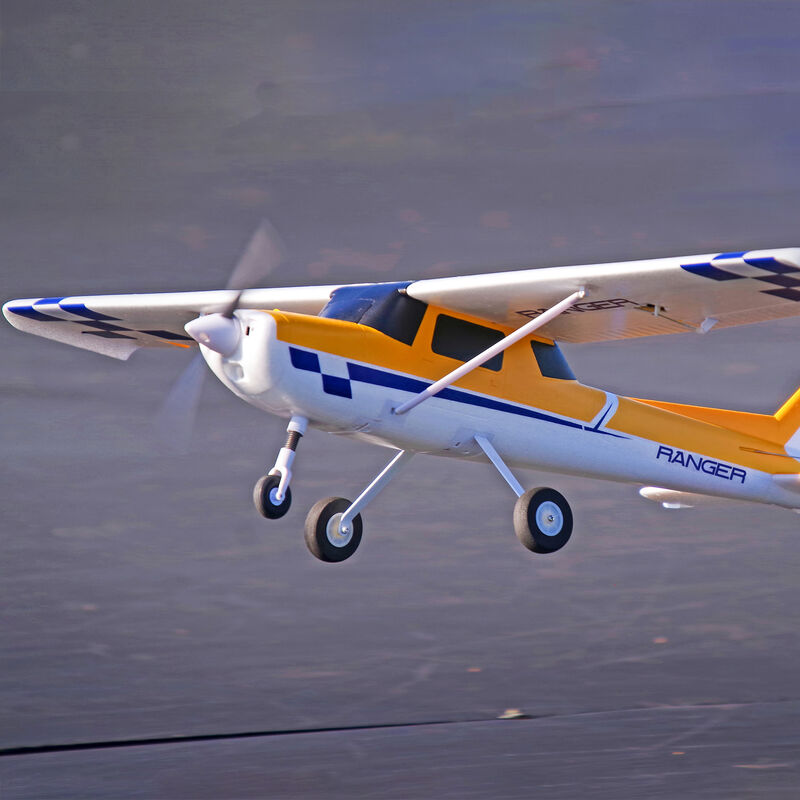 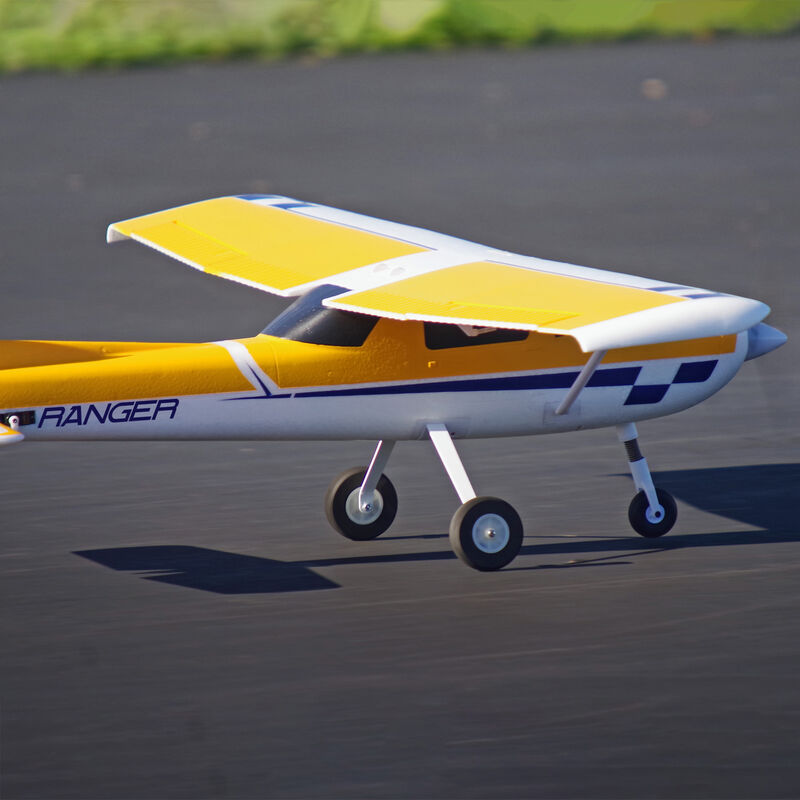 As the newest member of the FMS multi-purpose aircraft lineup, the 1220mm Ranger retains all of the fantastic features that pilots have come to expect from FMS- stable flight characteristics, easy to assemble airframe and realistic, general-aviation inspired design.

A great aircraft is nothing without a great, dependable power system- FMS has equipped the ranger with a 3136-1200Kv outrunner motor with 20A Predator ESC, which allows the ranger to climb almost vertically on demand!

In the box, the Ranger comes with two sets of landing gears- a high-strength metal landing gear for ground operations and a pair of floats with an integrated rudder for water operations.

Designed with a yellow and white high-visibility color scheme, the ranger can always be easily orientated even in gloomy, overcast weather.

Like the Super-EZ and the Kingfisher, the Ranger is designed with ease of assembly in mind. Requiring only 6 (wheeled landing gear) or 10 (floats) screws to completely assemble, the longest wait time is the time it takes to charge the battery!

The Ranger's flying characteristics are excellent. Even at a mile's elevation, it has a surplus of power and good pitch authority through the entire envelope. It is sluggish in the roll axis. The plane is consistent and predictable in aerobatic maneuvers. Stalling it is difficult, recovering it quickly is easy. If there are any adverse behaviors, I haven't found them. As a bonus, the paintwork on this aircraft makes it very easy to see and orient, even at longer distances.

Landing requires some technique. The nose gear is a flexible spring which eliminates any damage from lateral loads, but does not absorb axial loads well. This airplane can't be landed flat. Without a well-setup flare, this aircraft will bounce like a kangaroo when it touches the dirt. The landing gear can survive such bouncing without any damage, but the picky landing makes it less desirable as a takeoff/landing trainer.

The airframe is easy to assemble, and goes together with a small set of countersunk hex screws, a nice touch. The wing attaches with two quick-release screws, making it easy to remove the wing for storage, transport, or repair. The wing screws and braces were difficult to lock at first, but become easier after a few uses.

A minor flaw of this plane is that the elevator servo is difficult to service.

The elevator servo is in the tail. It uses a long 3-wire cable to reach the receiver in the middle of the plane from its location just ahead of the horizontal stabilizer. Inside the fuselage, about five inches in front of this servo, is a bulkhead with a tiny hole for the wire to pass through.

If the user has to replace this servo, they will find it exceptionally difficult to feed the new cable through this bulkhead. I had to take a long length of control wire, bend one end into a hook, feed it from the battery compartment in the front of the fuselage all the way back to the bulkhead, and guide the control wire through the tiny hole to reach the servo slot. Then, I used pliers to pull the wire through the servo slot. I then looped the 3-wire cable around the hook, taped it to the wire, and pulled it back through the bulkhead and fuselage using the wire.

I wonder if a refinement to the design, like relocating the servo to the central fuselage, modifying the bulkhead to make the hole bigger, or adding cutouts in the fuselage to allow people to guide the wire through the hole, would be possible. That would make this task much easier.