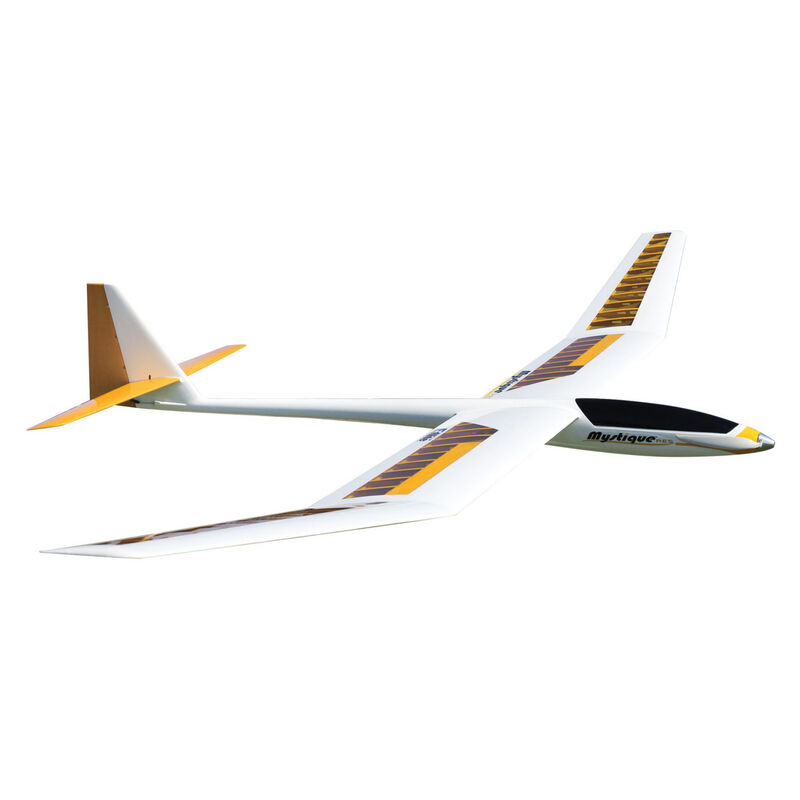 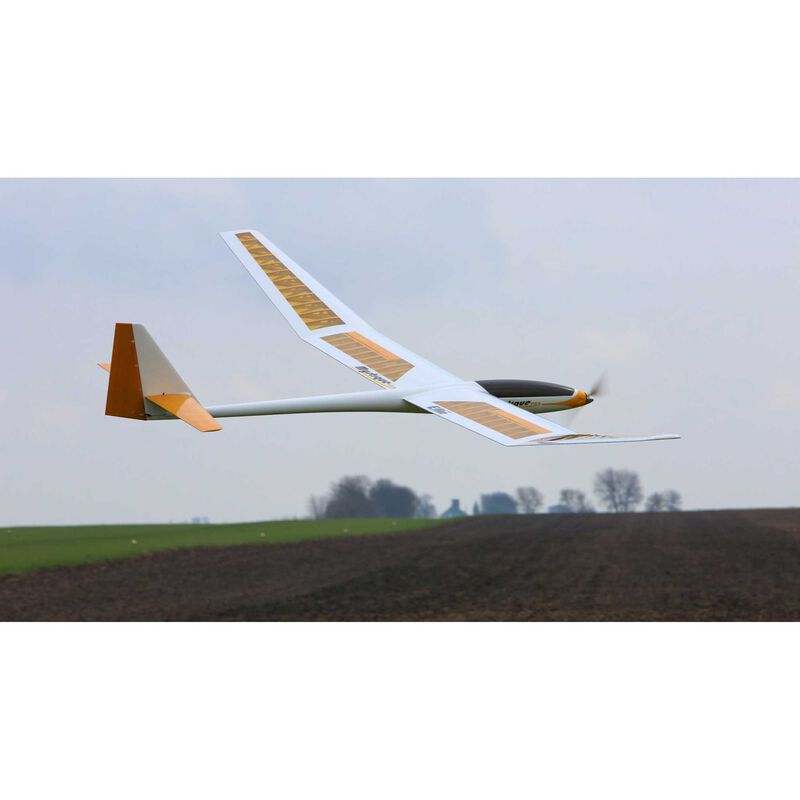 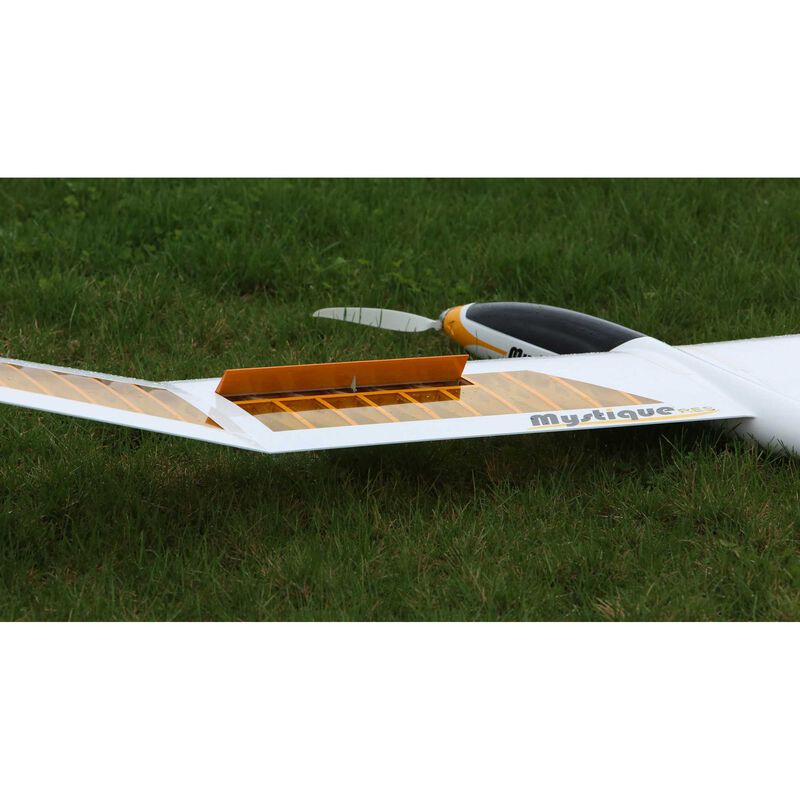 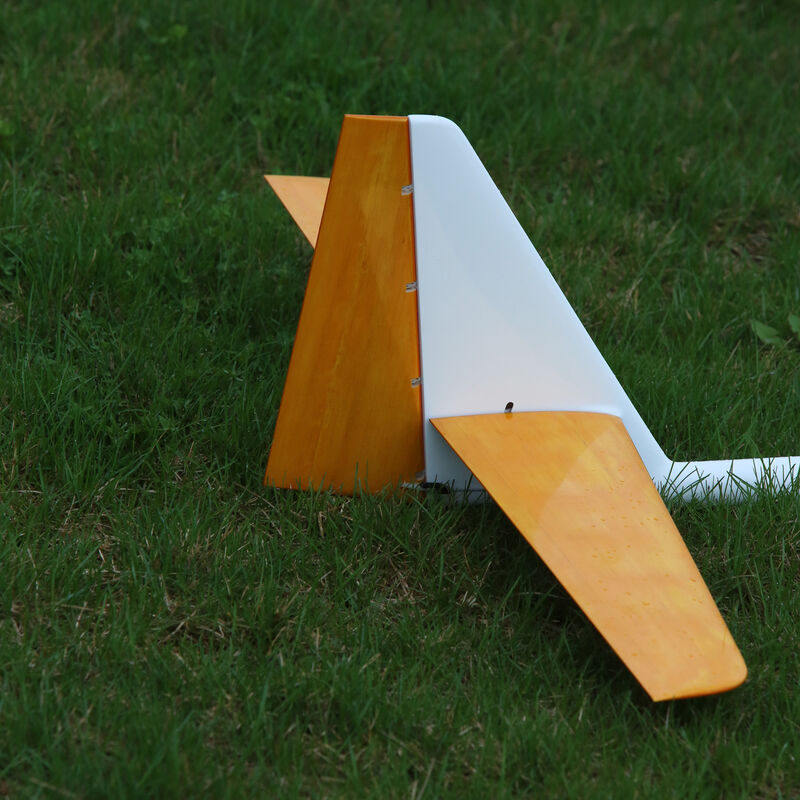 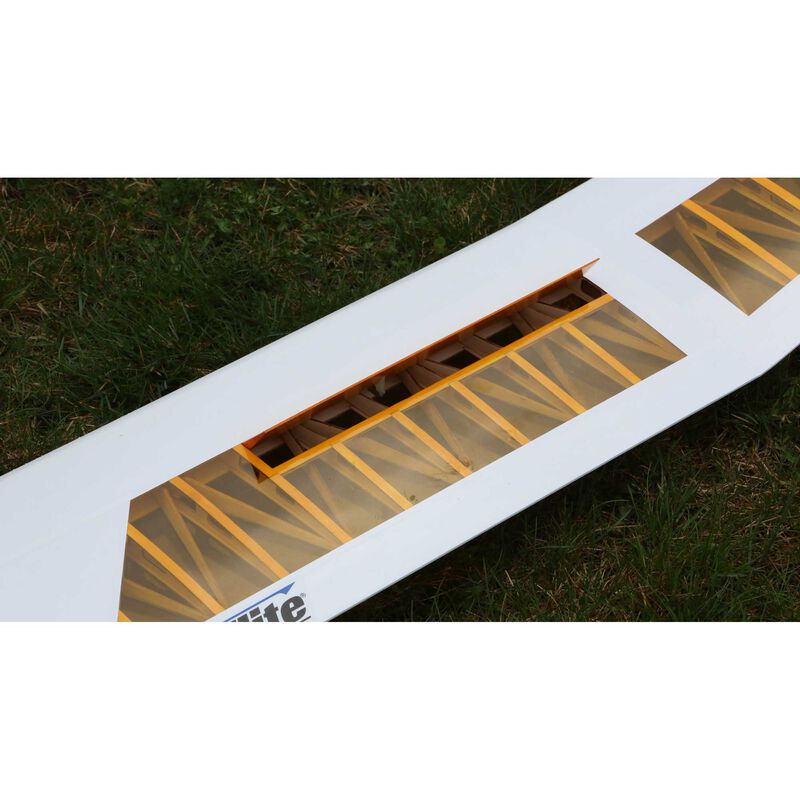 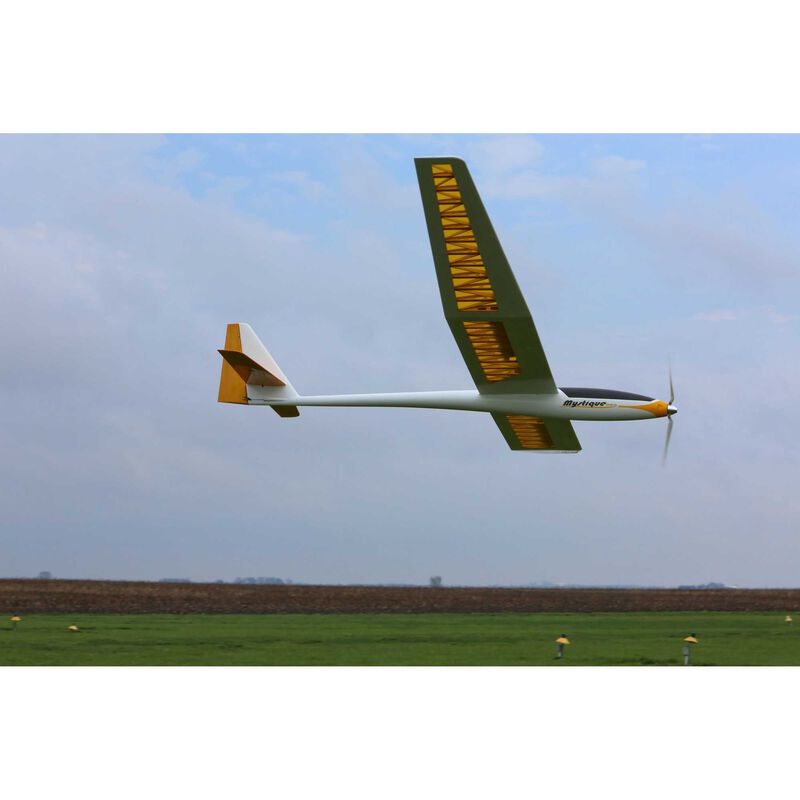 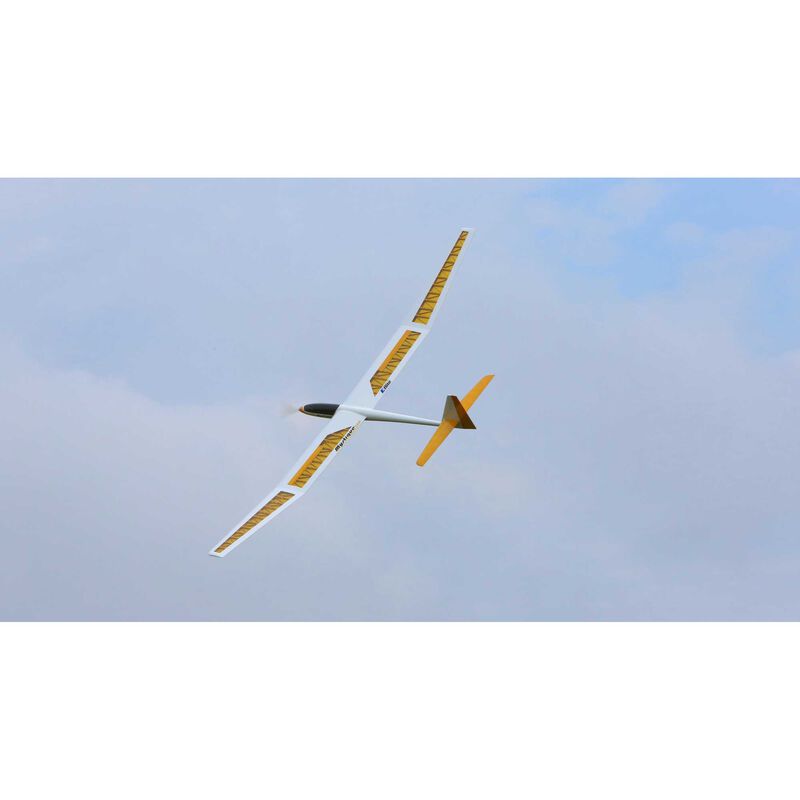 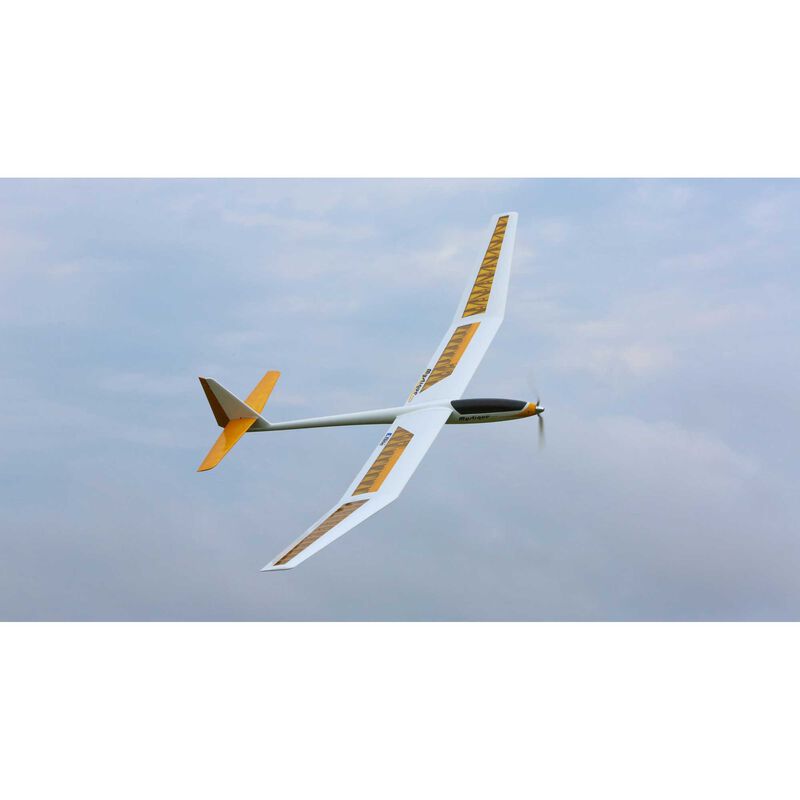 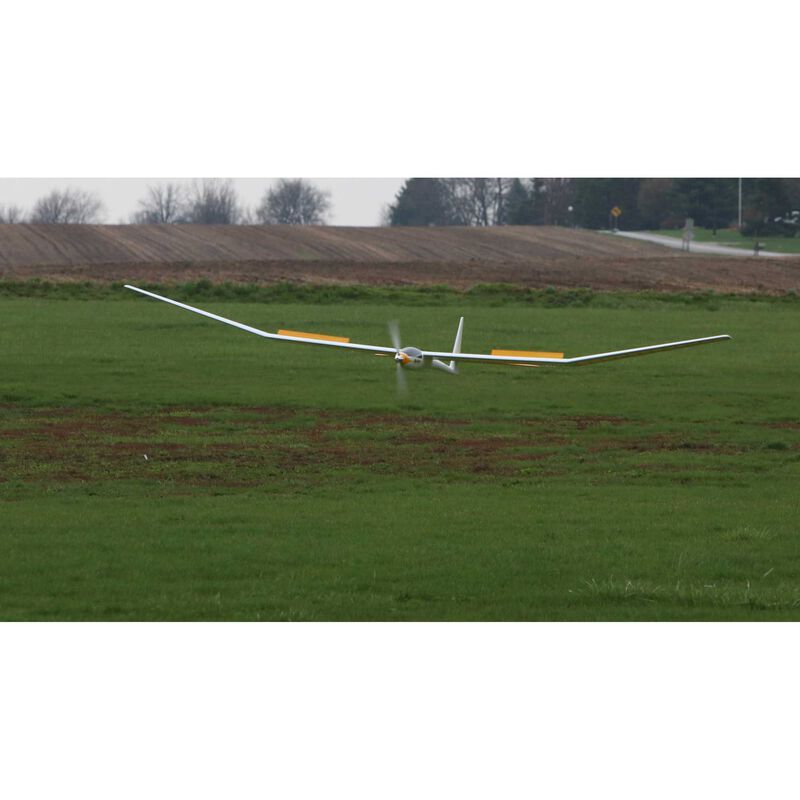 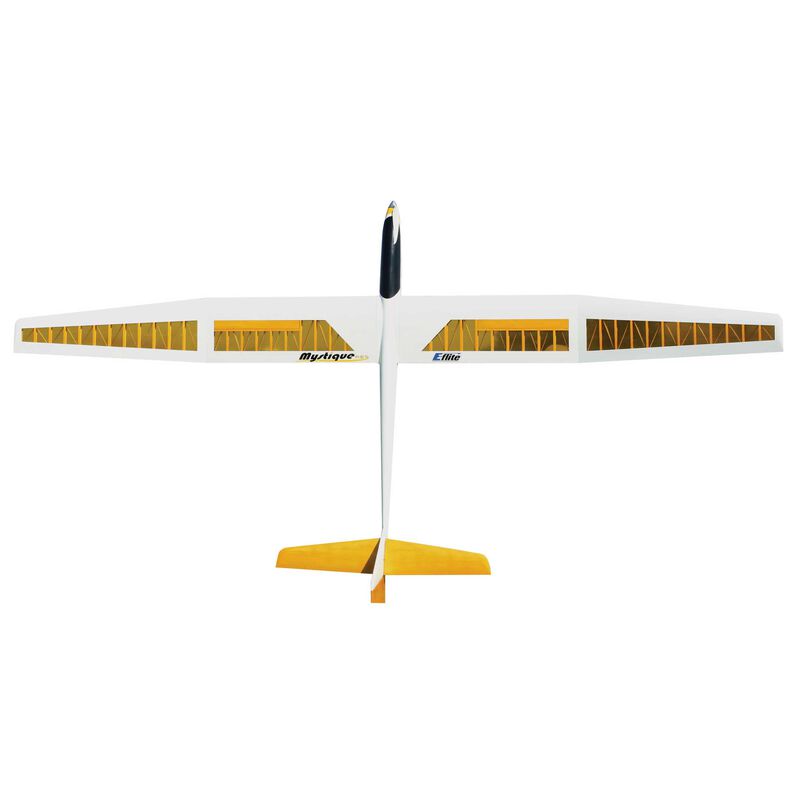 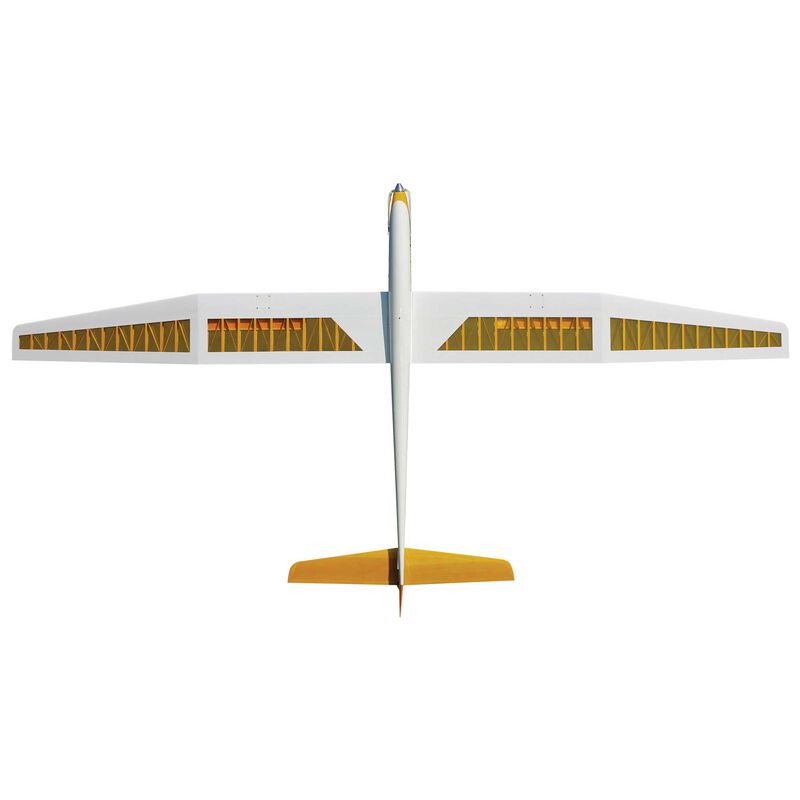 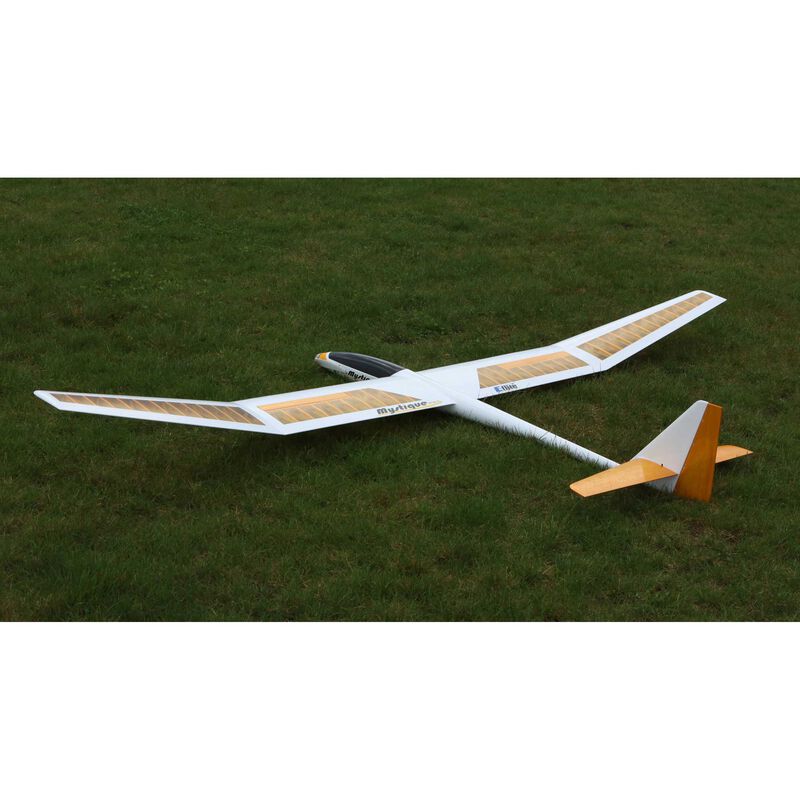 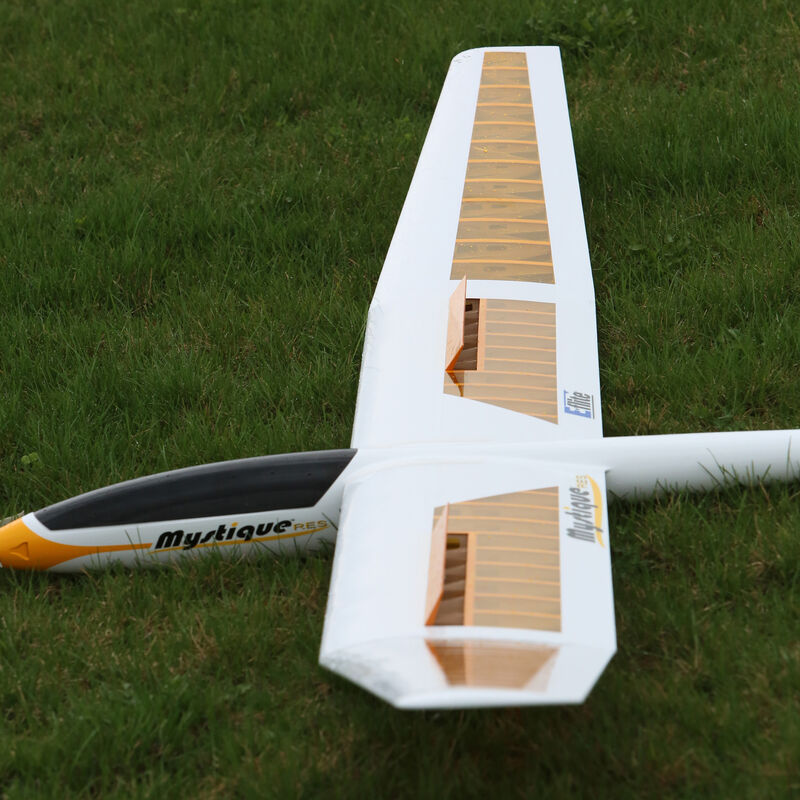 Item No. EFL4915
This Item is No Longer Available

The E-flite® Mystique® RES 2.9 m ARF sailplane is inspired by the popular full-house Mystique 2.9 m except it has been specially modified to provide exquisite performance with only rudder, elevator and spoiler guidance controls.

Its large wingspan is built with just the right amount of polyhedral to provide gentle flight characteristics yet still have the authority to turn abruptly into a thermal the instant it’s sensed. The Selig S8032 airfoil used provides excellent handling over a wide speed range, plus the all-wood open-wing construction keeps weight to a minimum so you can take advantage of even the smallest amount of lift. Built-in spoilers offer the ability to dump lift without a gain in airspeed so you have control to escape a thermal and perform spot landings with greater precision. The contour of the molded fiberglass fuselage is sleek yet provides ample room for its pushrods to run internally and still have room for a powerful Li-Po motor battery.

Powered by
4.1 star rating 10 Reviews
0 Questions \ 0 Answers
ask a question
write a review
(7) (0) (1) (1) (1)
Show all reviews
ask a question
write a review
Thank you for posting a review!
We value your input. Share your review so everyone else can enjoy it too.
share
share
share
Thank you for posting a review!
Your review was sent successfully and is now waiting for our staff to publish it.
Thank you for posting a question!
Please click on the link in the confirmation email we just sent you to submit your question.
Your question will appear on the site once someone answers it.
write a review
ask a question
Updating Results
Verified Reviewer
0.0 star rating
01/21/21
Review by Anonymous User
On
share ' Share Review by Anonymous User facebook facebook Share Review by Anonymous User twitter twitter Share Review by Anonymous User LinkedIn linkedin Share Review by Anonymous User
01/21/21
Was this review helpful? 0 0
B
Boosterdude
5.0 star rating
04/06/20
Excellent Sailplane - Excellent Value
Review by Boosterdude on 6 Apr 2020 review stating Excellent Sailplane - Excellent Value
I finished up and flew my new Mystique this past weekend. It's an outstanding performer with a wide speed range that allows you to float along, or penetrate with ease. I worked very light lift down low with no problem. The first flight was over 40 minutes after a 15 sec motor run. The recommended power system is perfect. Overall quality was very high, and assembly was easy. Sharp looking sailplane, not a single complaint. 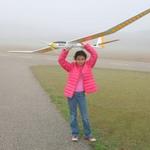 Now I've been dabbling in gliders for a long time and have flown a myriad of gliders to include Goldberg, Top Model, and everything in between. But for the money and completion effort, this glider is a real keeper! Don't be fooled and take the leap, this girl is a beauty that fly's super well.