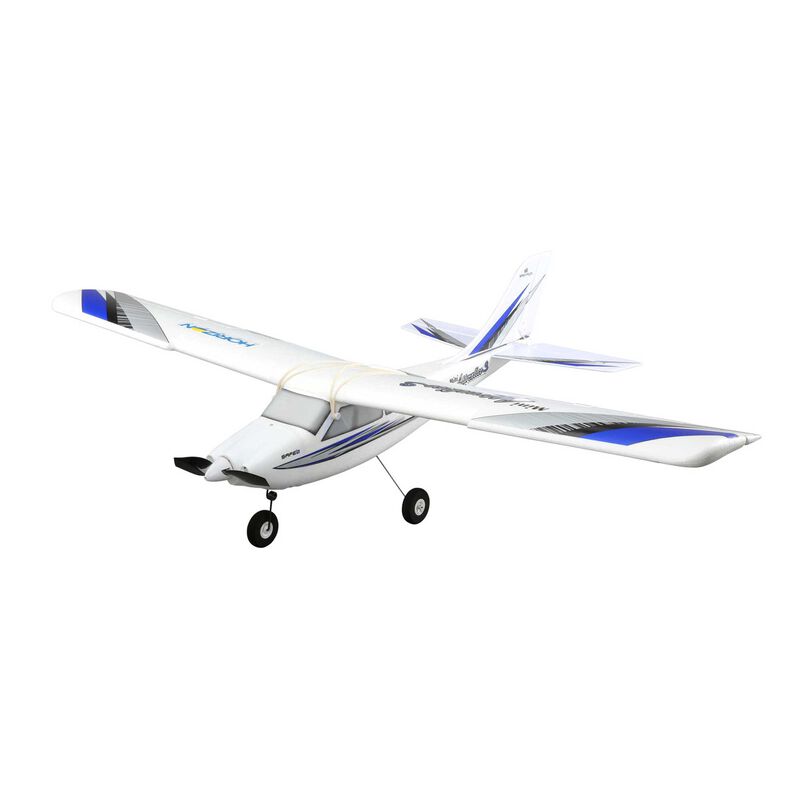 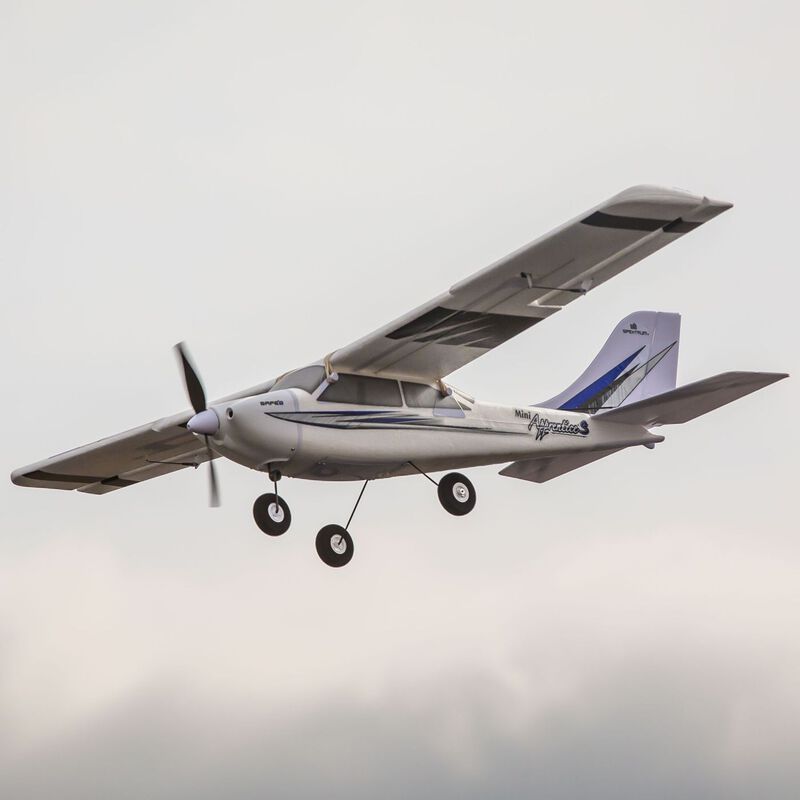 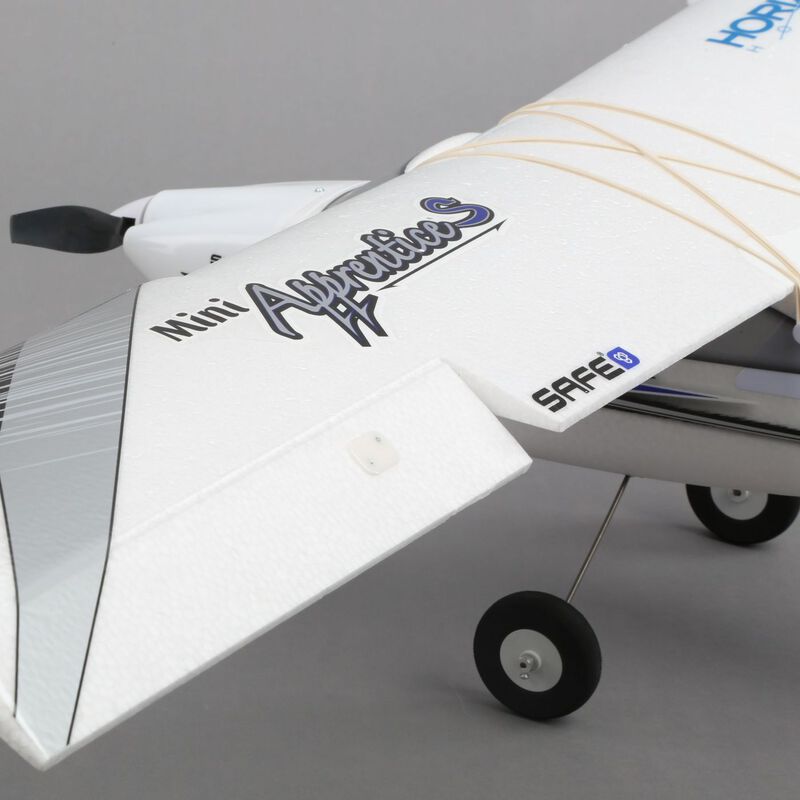 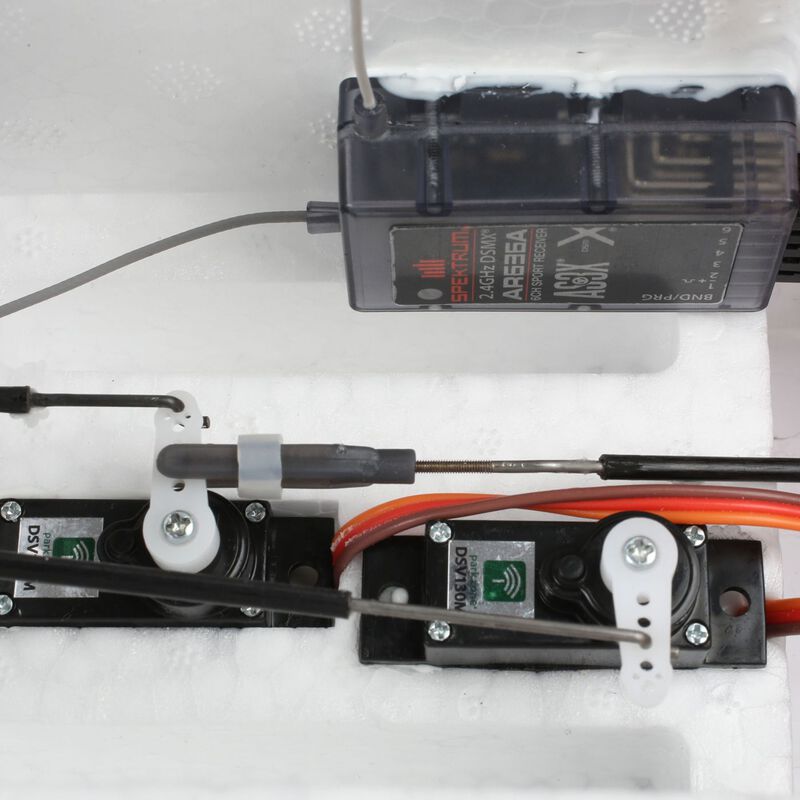 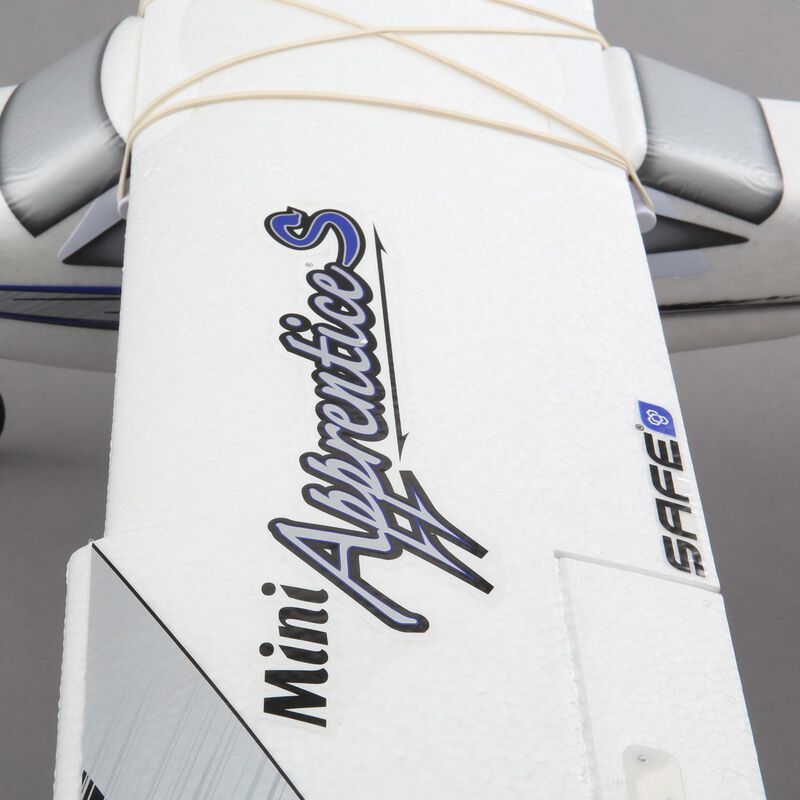 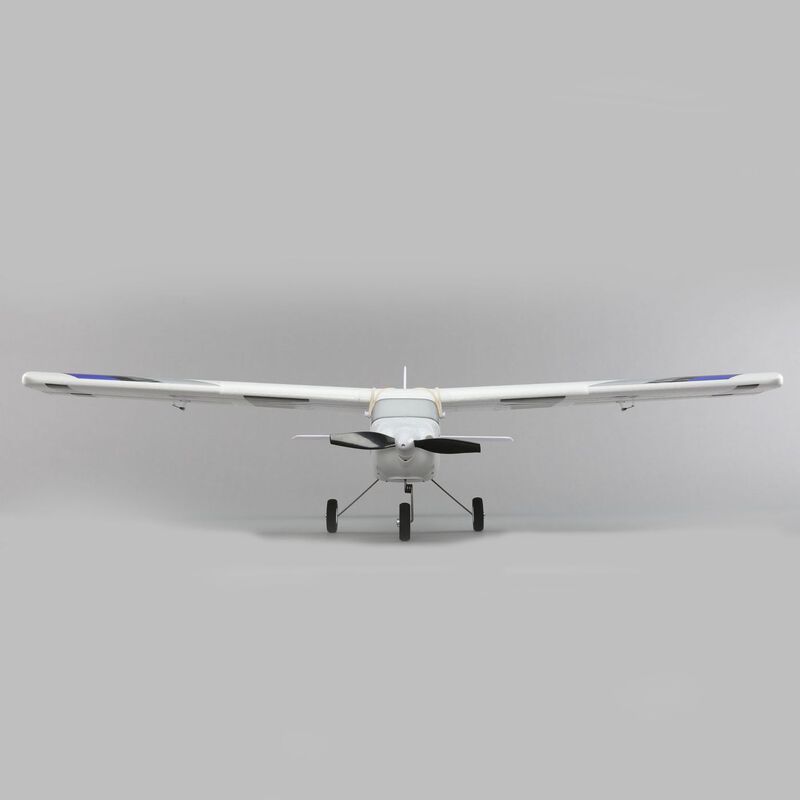 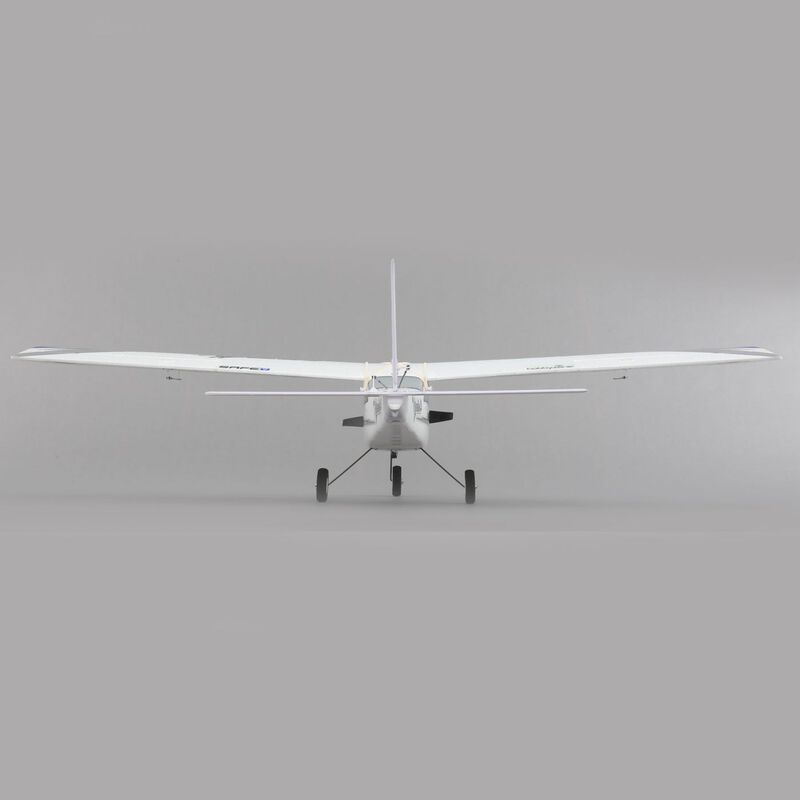 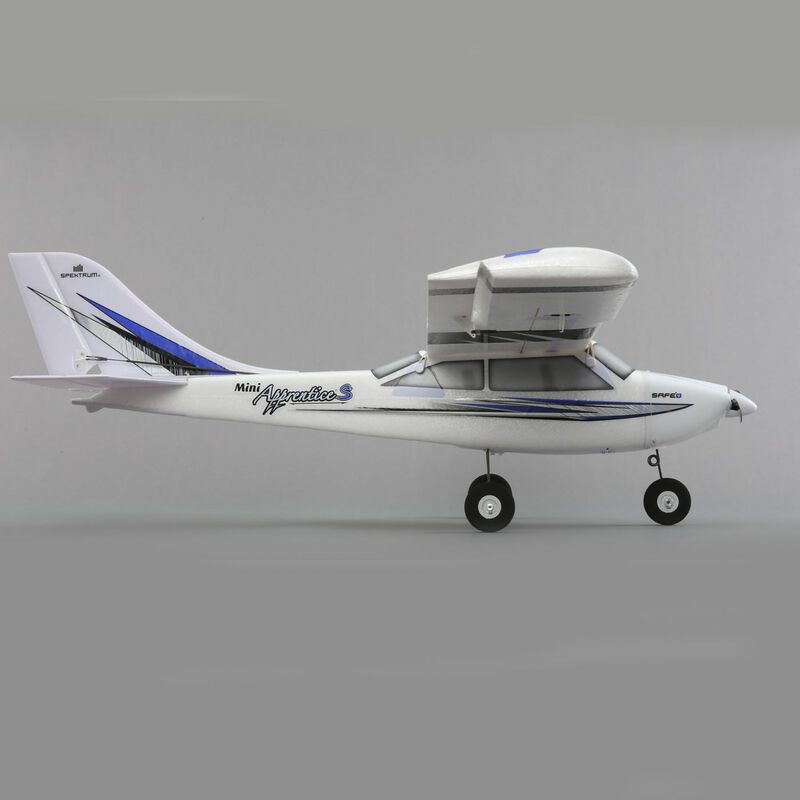 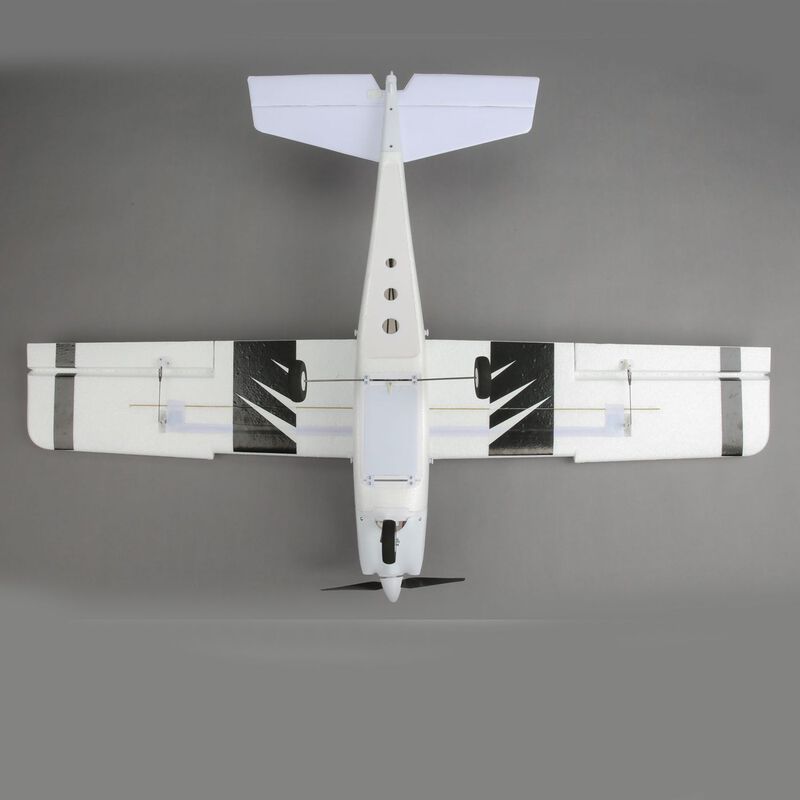 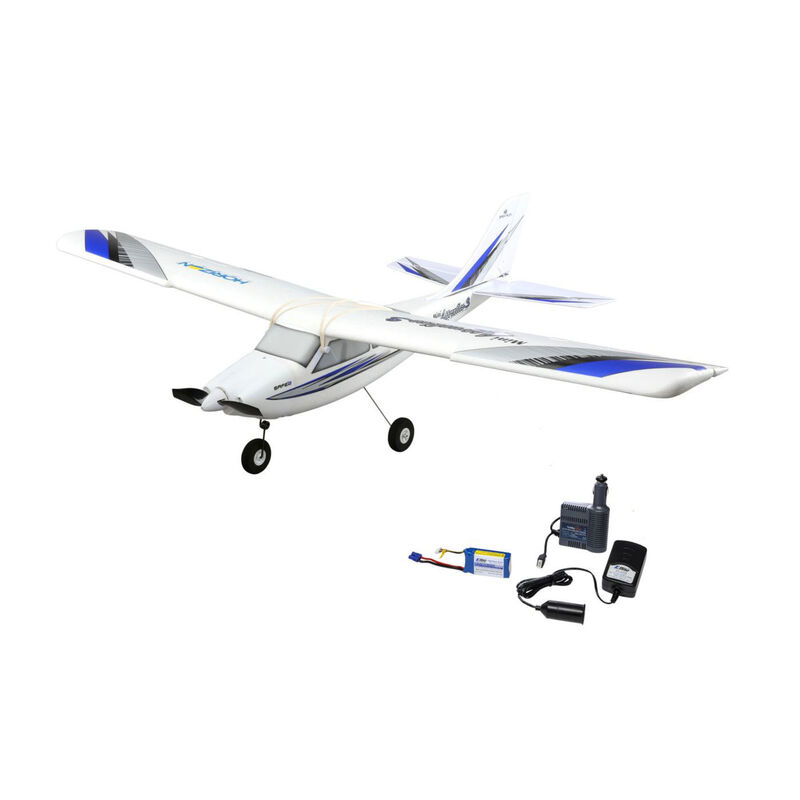 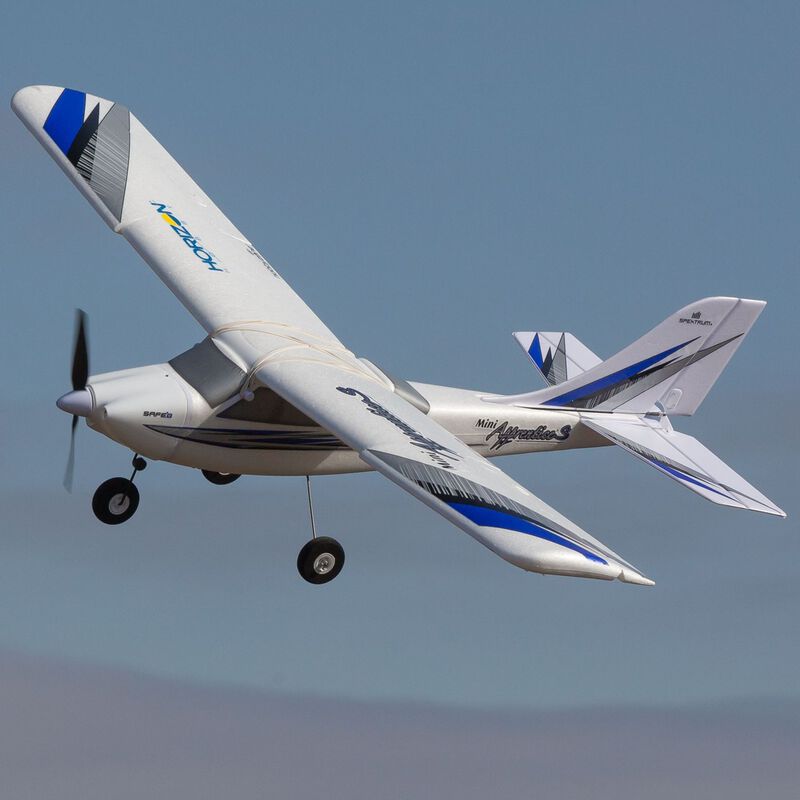 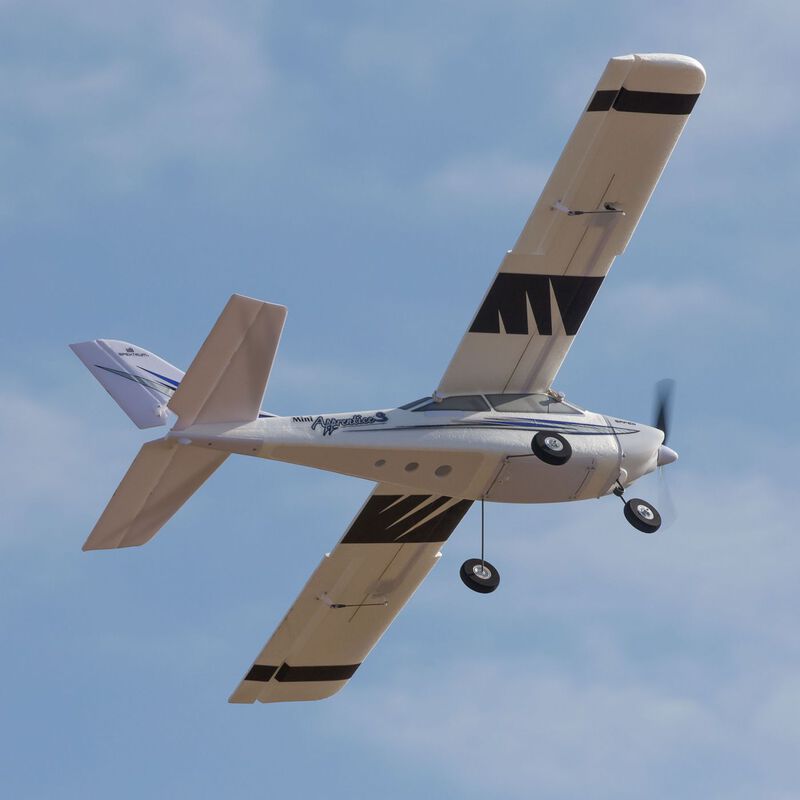 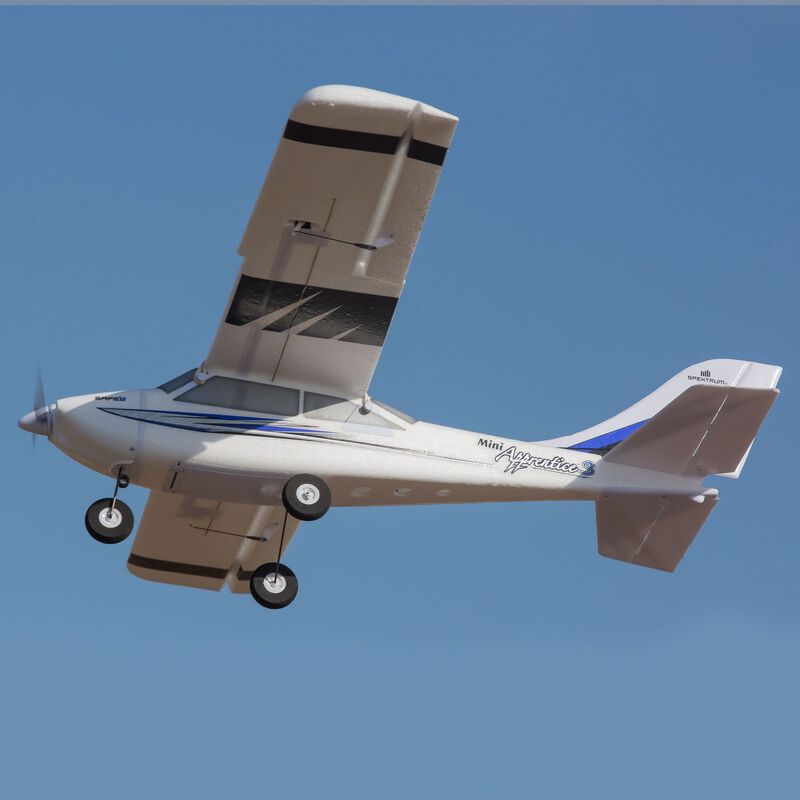 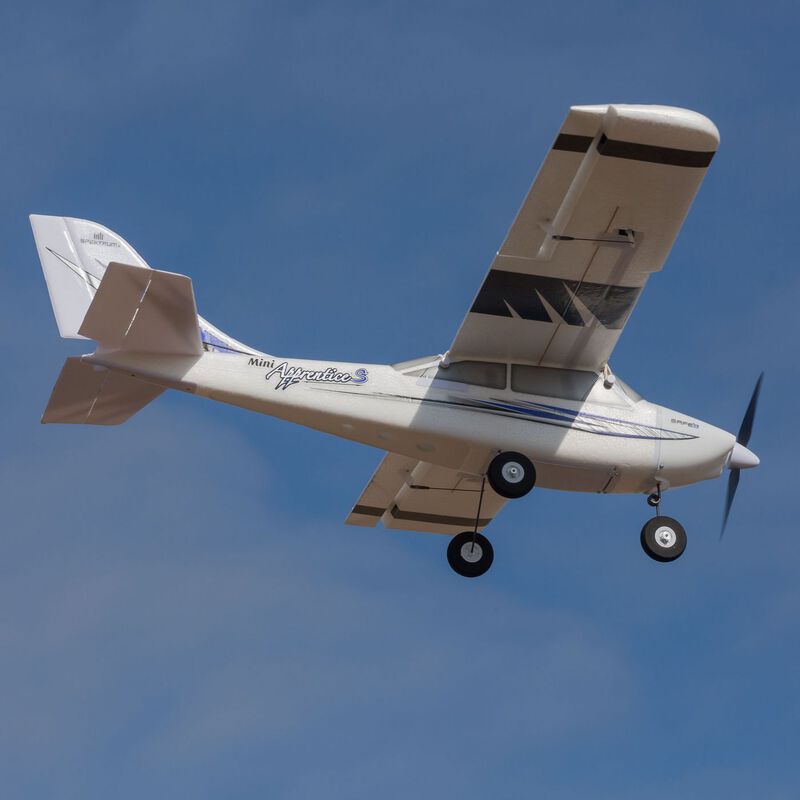 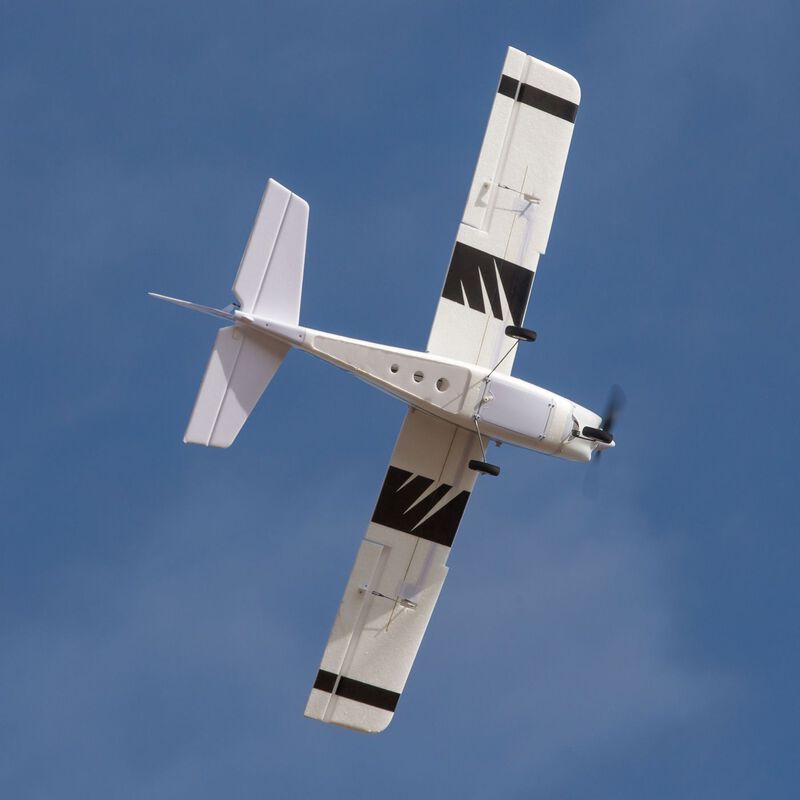 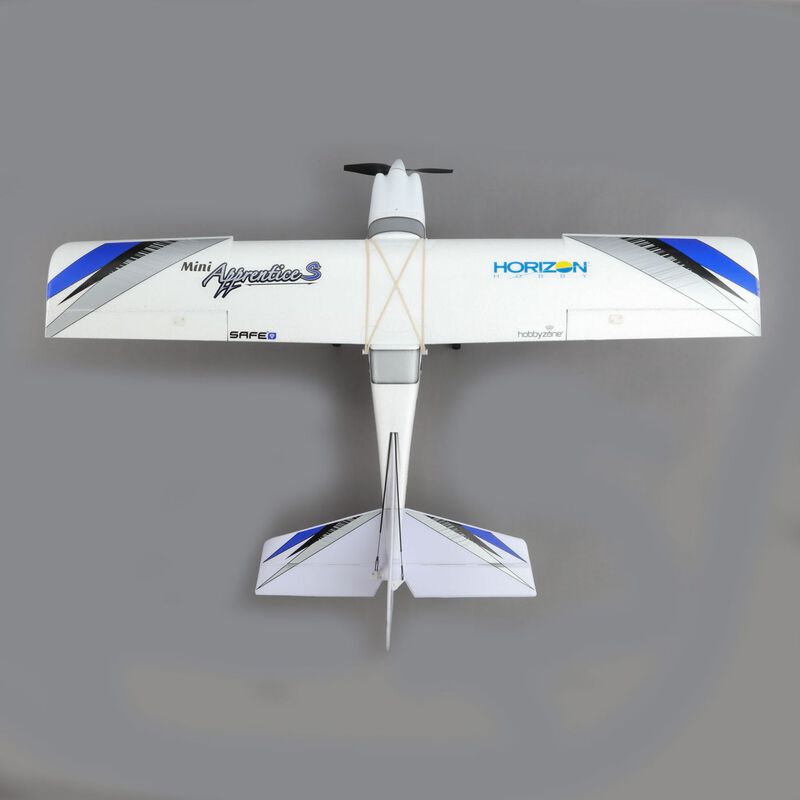 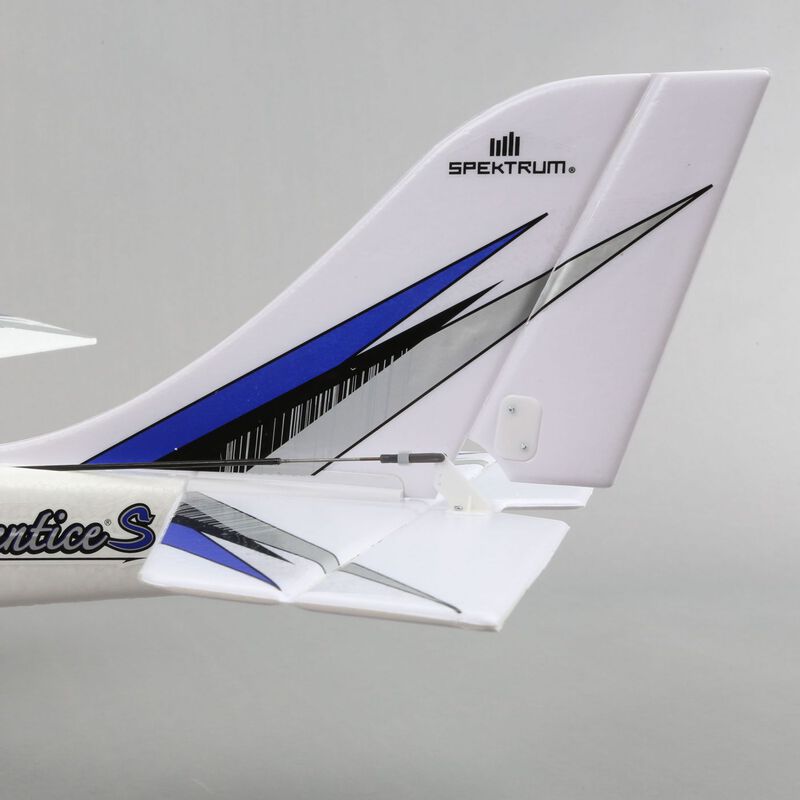 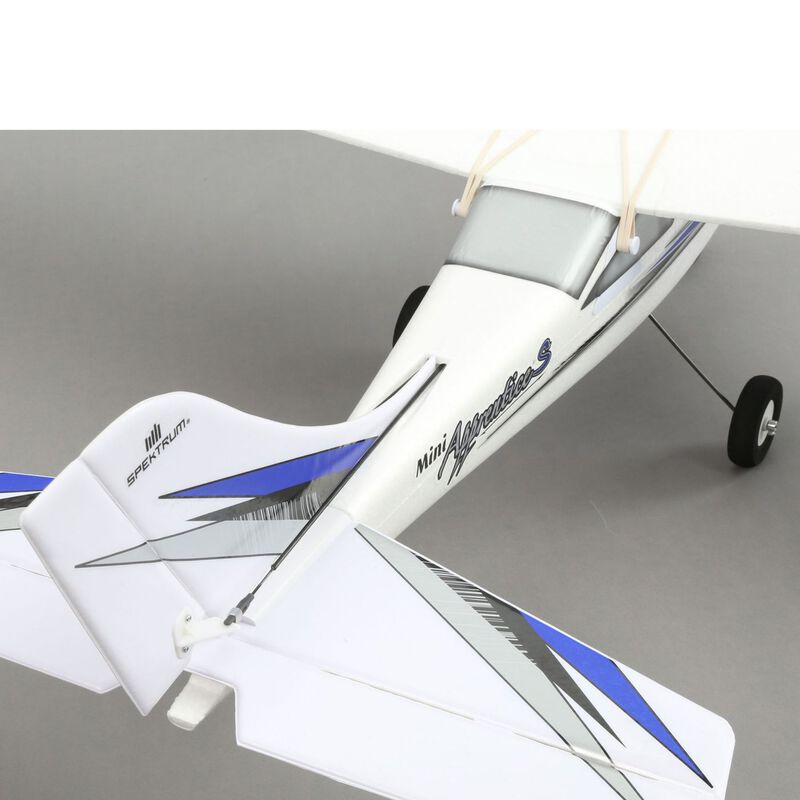 Item No. HBZ3180
This Item is No Longer Available

Designed with the beginner in mind, the HobbyZone® Mini Apprentice® S includes an array of features that make taking to the skies easy in spaces as small as your local park. Beneath its durable Z-Foam™ exterior, pilots will find a robust brushless 370-size motor and 18A ESC. SAFE® Technology provides multiple flight modes to progress through and the security of instant recovery at the push of a button. Simply bind your existing 4-channel or higher DSMX-equipped Spektrum radio transmitter and you can take to the sky. A large, easy-access battery compartment makes installing the included 3S 1300mAh LiPo battery hassle-free. When you've advanced your skills, optional floats can also be added for dynamic takeoffs and landings from small bodies of water. Get behind the sticks of the HobbyZone® Mini Apprentice® S today and turn your dreams of flight into reality tomorrow.

Powered by
4.8 star rating 13 Reviews
0 Questions \ 0 Answers
ask a question
write a review
(10) (3) (0) (0) (0)
Show all reviews
ask a question
write a review
Thank you for posting a review!
We value your input. Share your review so everyone else can enjoy it too.
share
share
share
Thank you for posting a review!
Your review was sent successfully and is now waiting for our staff to publish it.
Thank you for posting a question!
Please click on the link in the confirmation email we just sent you to submit your question.
Your question will appear on the site once someone answers it.
write a review
ask a question
Updating Results
Verified Reviewer
0.0 star rating
05/17/21
Review by Anonymous User
On
share ' Share Review by Anonymous User facebook facebook Share Review by Anonymous User twitter twitter Share Review by Anonymous User LinkedIn linkedin Share Review by Anonymous User
05/17/21
Was this review helpful? 0 0
V
Vt S.
5.0 star rating
06/24/18
Excellent value
Review by Vt S. on 24 Jun 2018 review stating Excellent value
The Mini Apprentice offers novice and experience pilots alike a well-designed, durable, and great flying aircraft. With built in AS3X for stabilization, and selectable SAFE modes, a pilot's skills can progress in measured steps. Once CG has been properly set, beginner mode enables even a first-time pilot to experience the thrill of RC flight without 'getting into trouble.'
Flight controls are limited to just the basics. With SAFE turned off, the Mini Apprentice is capable of aerobatics, like loops, rools, hammerheads, etc. Although the plane only has a 48&quot; wingspan, it flies like a much larger aircraft. I am looking forward to trying it on floats in the fall. Even the BNF version comes with a flight battery. It's a great deal, on a plane that returns a lot of fun! 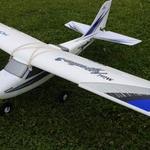 I have the Apprentice 15e so I thought I knew what I was doing. But this plane barely moved ailerons, etc., even in the advanced mode of my TX. I made it back (barely) after landing in some trees, made some adjustments but it didn't help so I went home and read up where on page 20 it describes that after binding, you need to put the controls in a certain position and hit the trainer/panic lever 5x and that's when life was good again.

I only fly at about 50% throttle and have reached about 10m of flight time with 50-58% of battery life left so I haven't decided if I want to keep this size or get a larger pack. If I were more experienced and wanted the speed, perhaps upgrade, otherwise this pack is fine! 10m seems like a lot when you're inexperienced and are worrying more than flying.

Seems to handle almost the same as the 15e which is great, but I was hoping for a smaller, (possibly) less conspicuous size for the parks. Today was maybe approaching 10mph which was doable if over half throttle but not by much. It took the breeze no problem. Better than I expected. I think I might get out more knowing that it flies in today's conditions. I thought it needed to be more calm, but this worked out well.