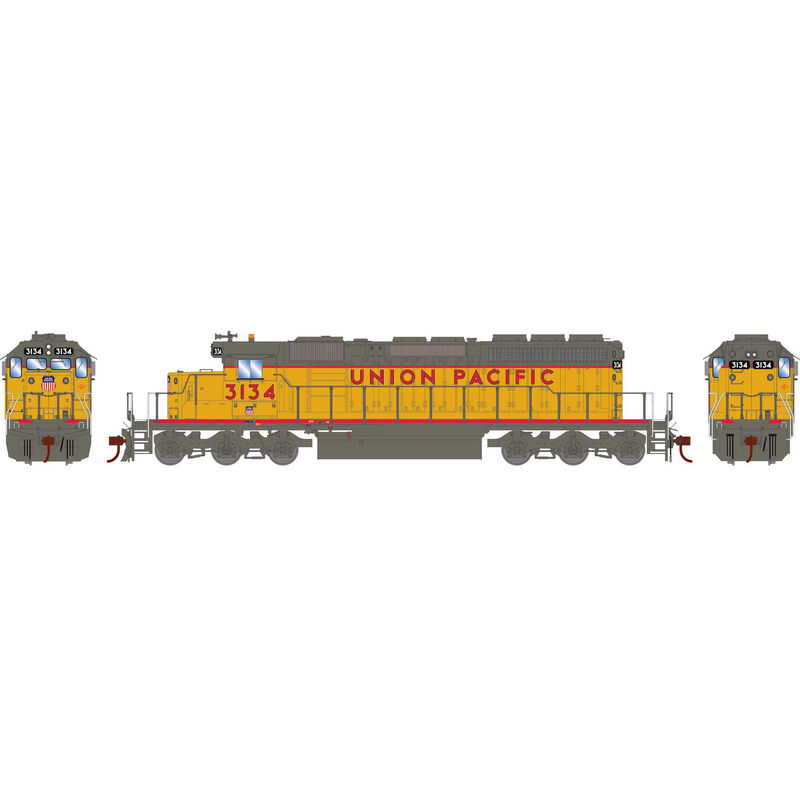 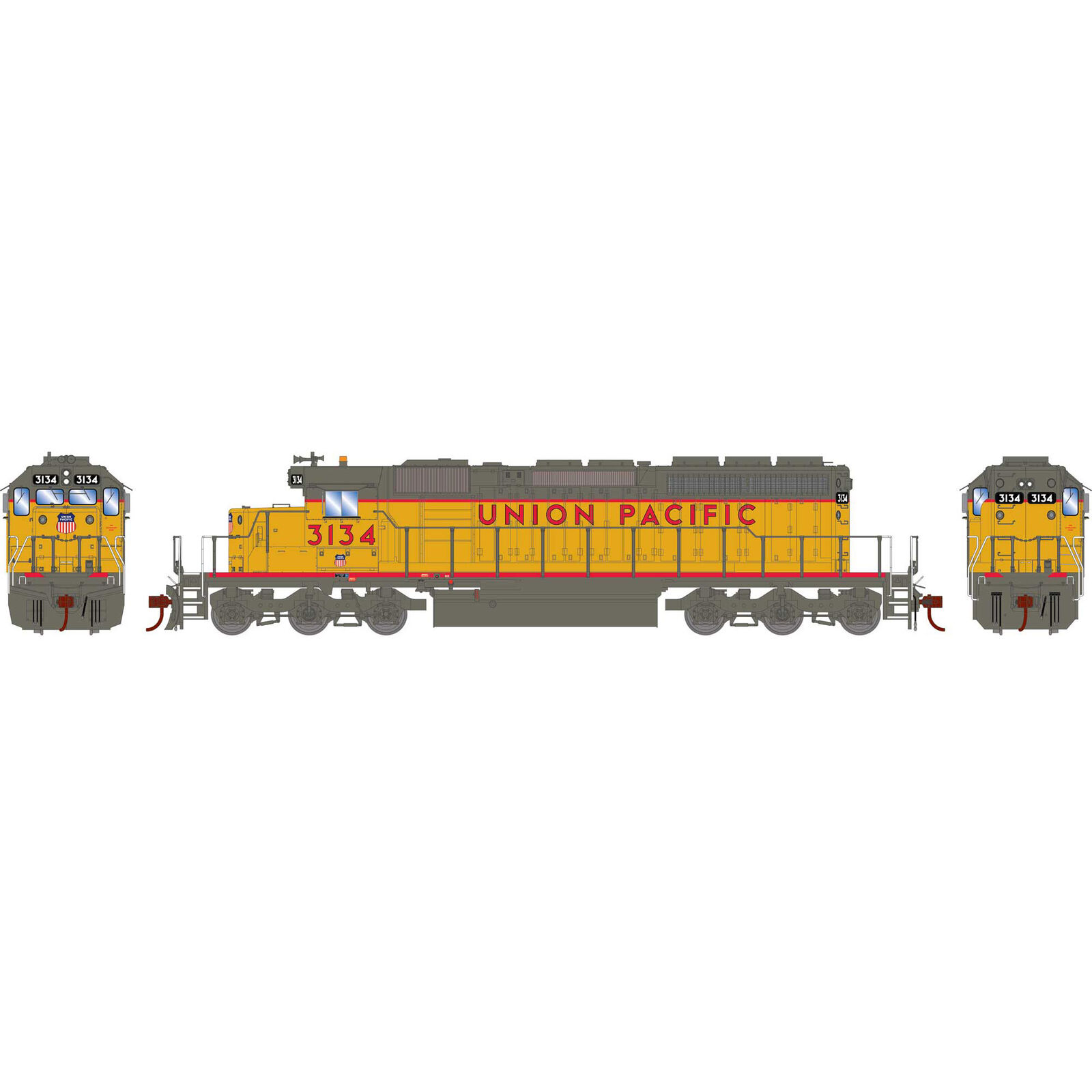 This release represents “standard” Union Pacific SD40-2s as they appeared in the mid-1980s, with two major spotting features:

20-inch high cab side numbers (the numbers having been moved there from their location on the long hood, starting in November 1980). This was done to improve the visibility of the numbers when being viewed by the low-resolution video cameras then in use by UP at major yards and terminals.

Grey-colored trucks. These replaced aluminum paint which had been in use since 1953. This change was implemented in February 1984, to avoid the high cost of repainting the entire Missouri Pacific fleet.