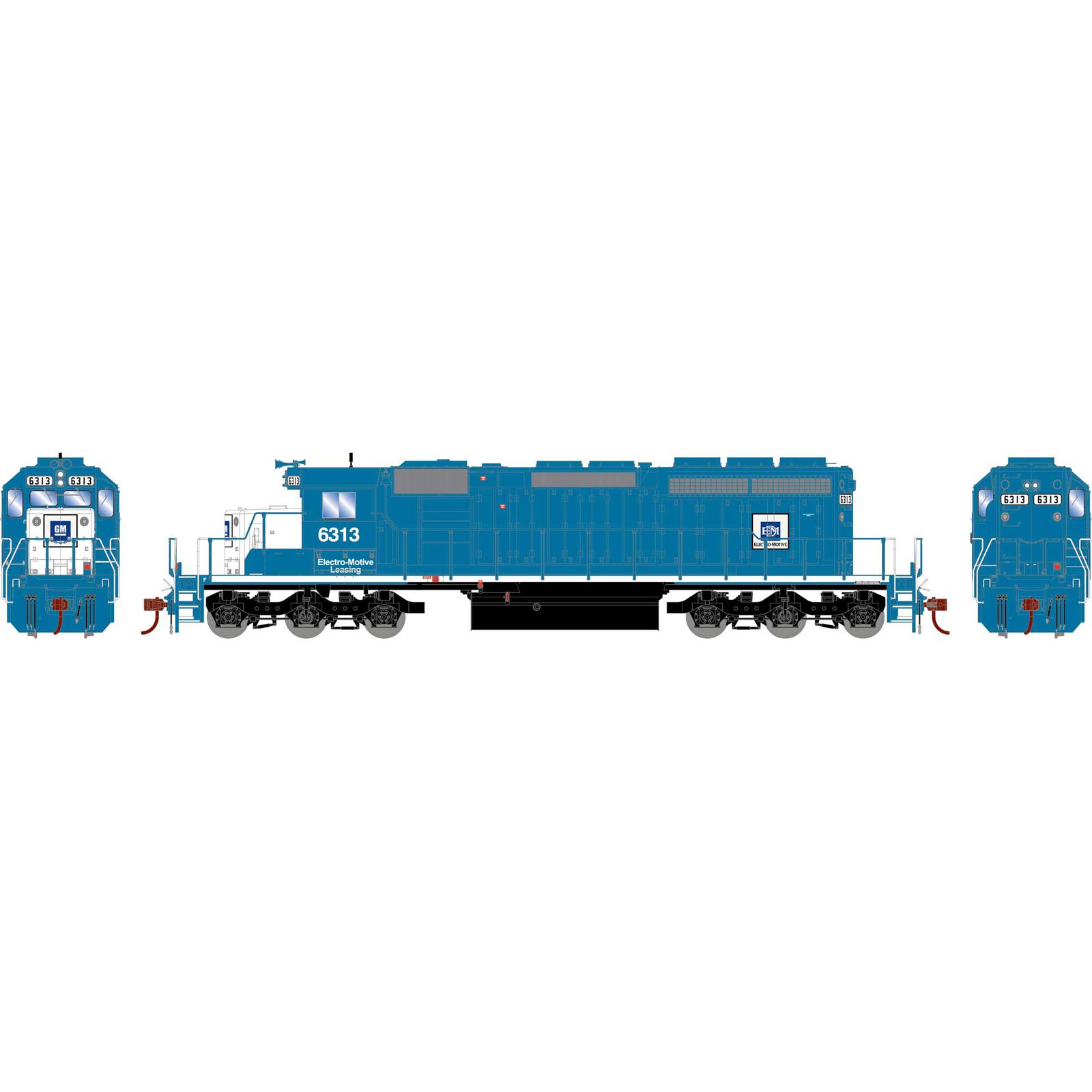 Not only was EMD known for building locomotives, they also had a lease fleet of used ones. Power-short railroads could lease power on a short-term or long-term basis. Since the contracts would leave EMD to take care of maintenance, railroads could focus on other things. These brightly painted locos could be found on just about any railroad.