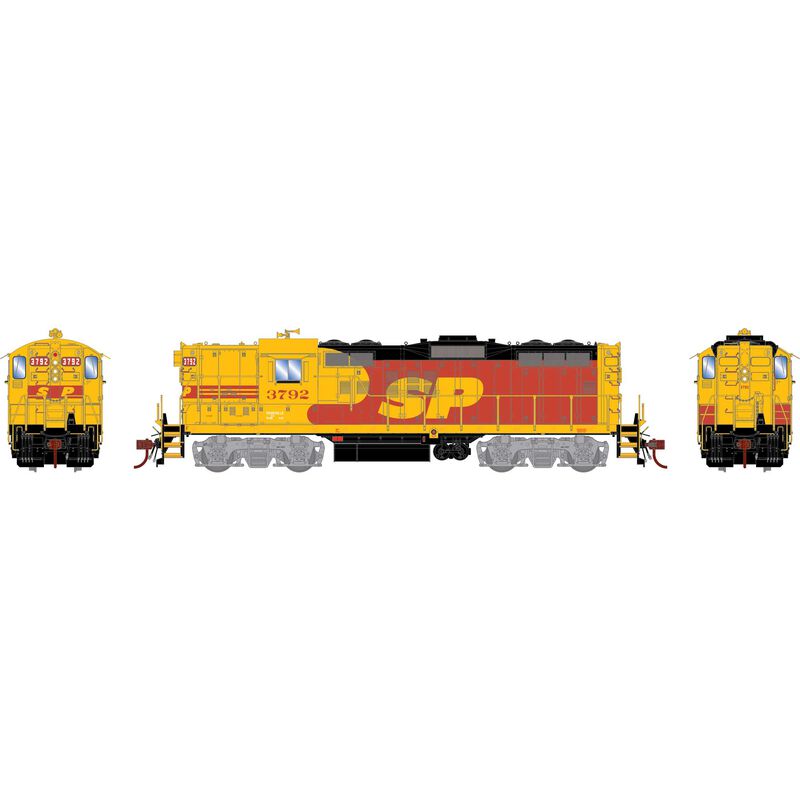 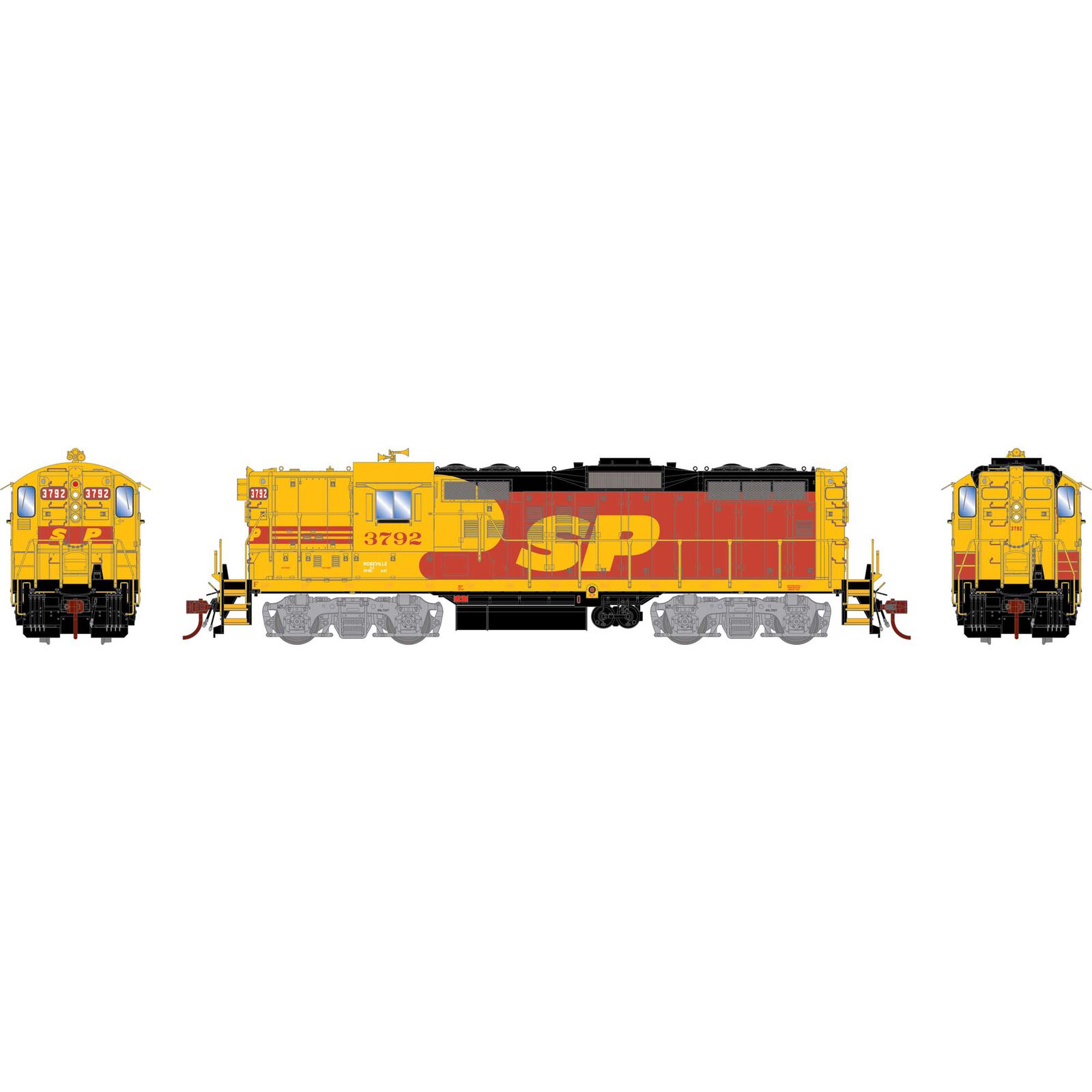 The link to HO GP9E Locomotive with DCC & Sound, SP/Kodachrome #3792 has been copied

During the 1970’s, SP went on an ambitious task to rebuild their GP9 fleet, known as the “GRIP” program. This program included new wiring, new main generator, complete rebuild of the prime mover with new parts, improved battery box doors, and removed rear light packages (in some cases). A small batch of GP9’s were renumbered into the 2868-2899 class. Demoted to “switchers” in order to save maintenance costs, this class included rebuilt and non rebuilt units.

We are offering #2873, which retained it’s full light package on both ends. #2873 currently enjoys it’s retirement at a Northern California museum. It may be the last locomotives in this scheme still operating. Out of the large batch of SP GP9E’s, only 9 were painted into these colors.