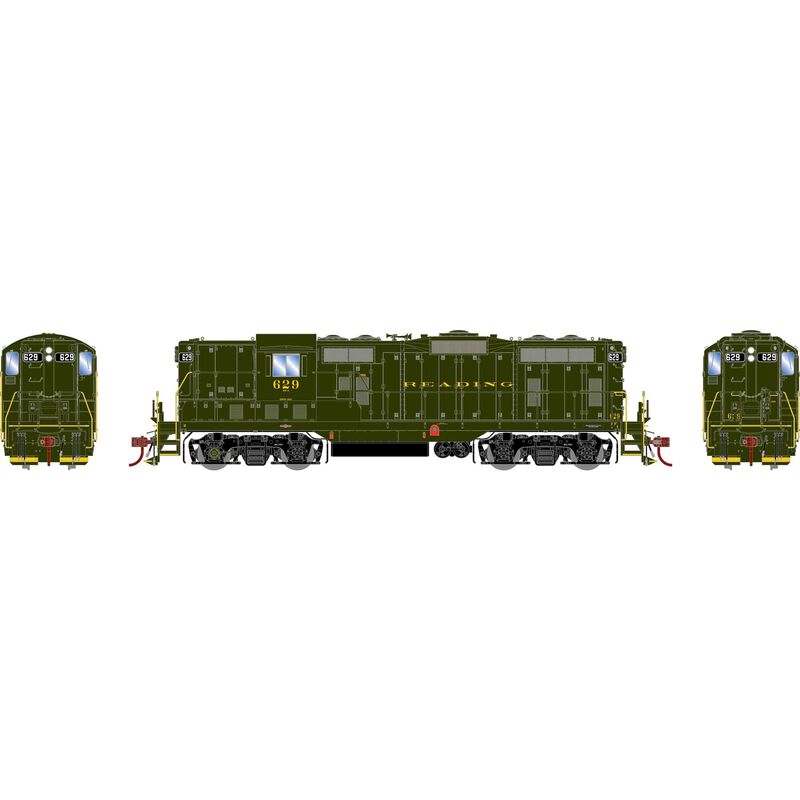 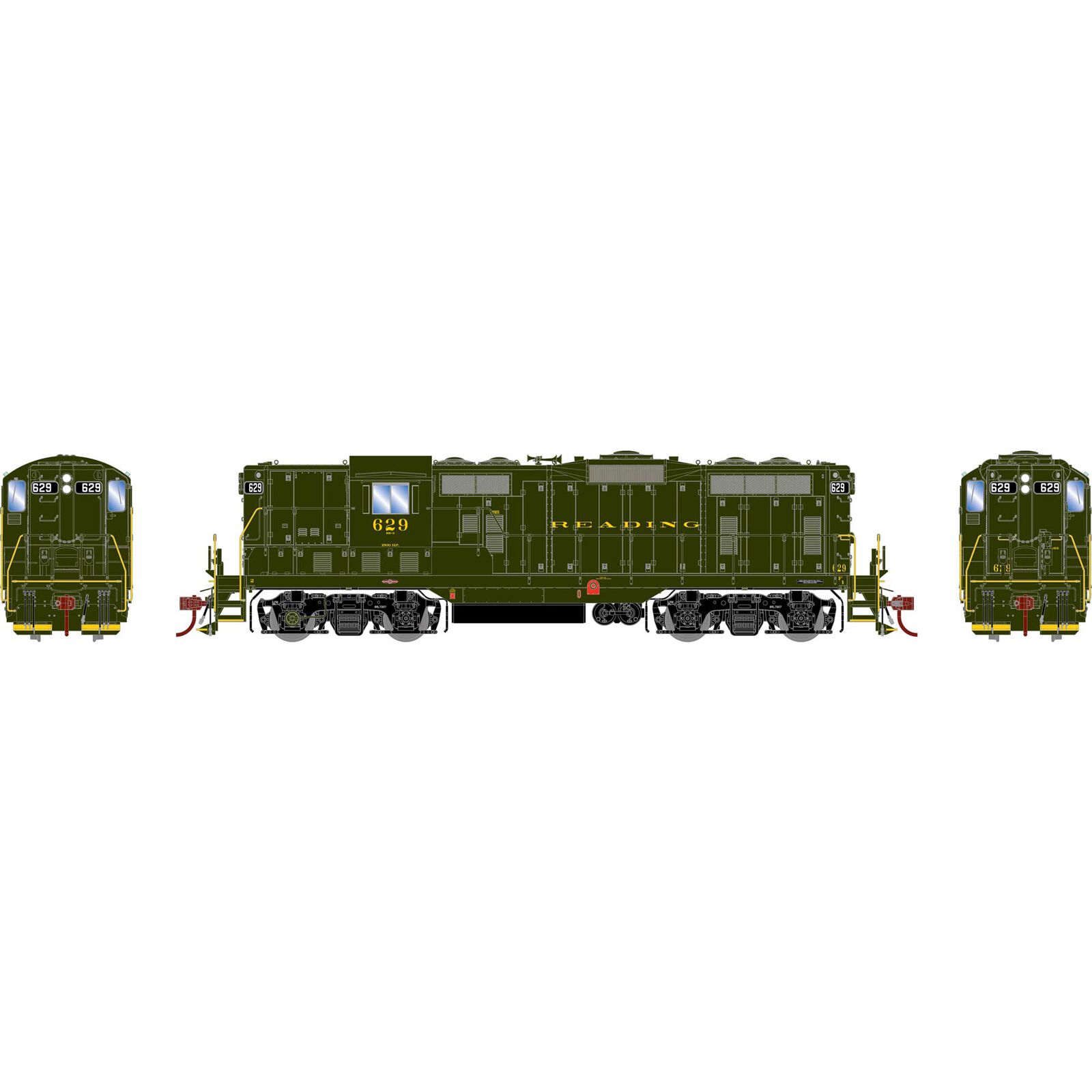 The link to HO GP7 Locomotive, RDG #629 has been copied

At the end of 1952, the Reading’s road freight operations were 65% dieselized. The road continued to push towards full dieselization and ordered 28 GP7s in 1953. These came painted in the carrier’s standard dark green paint scheme with yellow trim. Set up to run long-hood forward, the units had long careers on the Reading, with 17 of them lasting until the 1976 creation of Conrail, and several others finding new homes on other railroads.