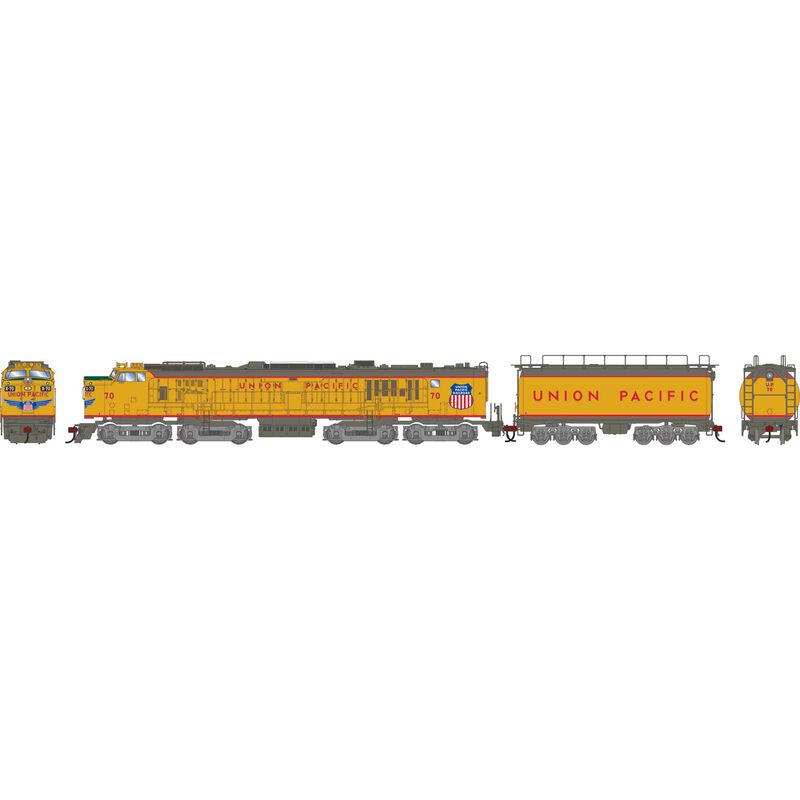 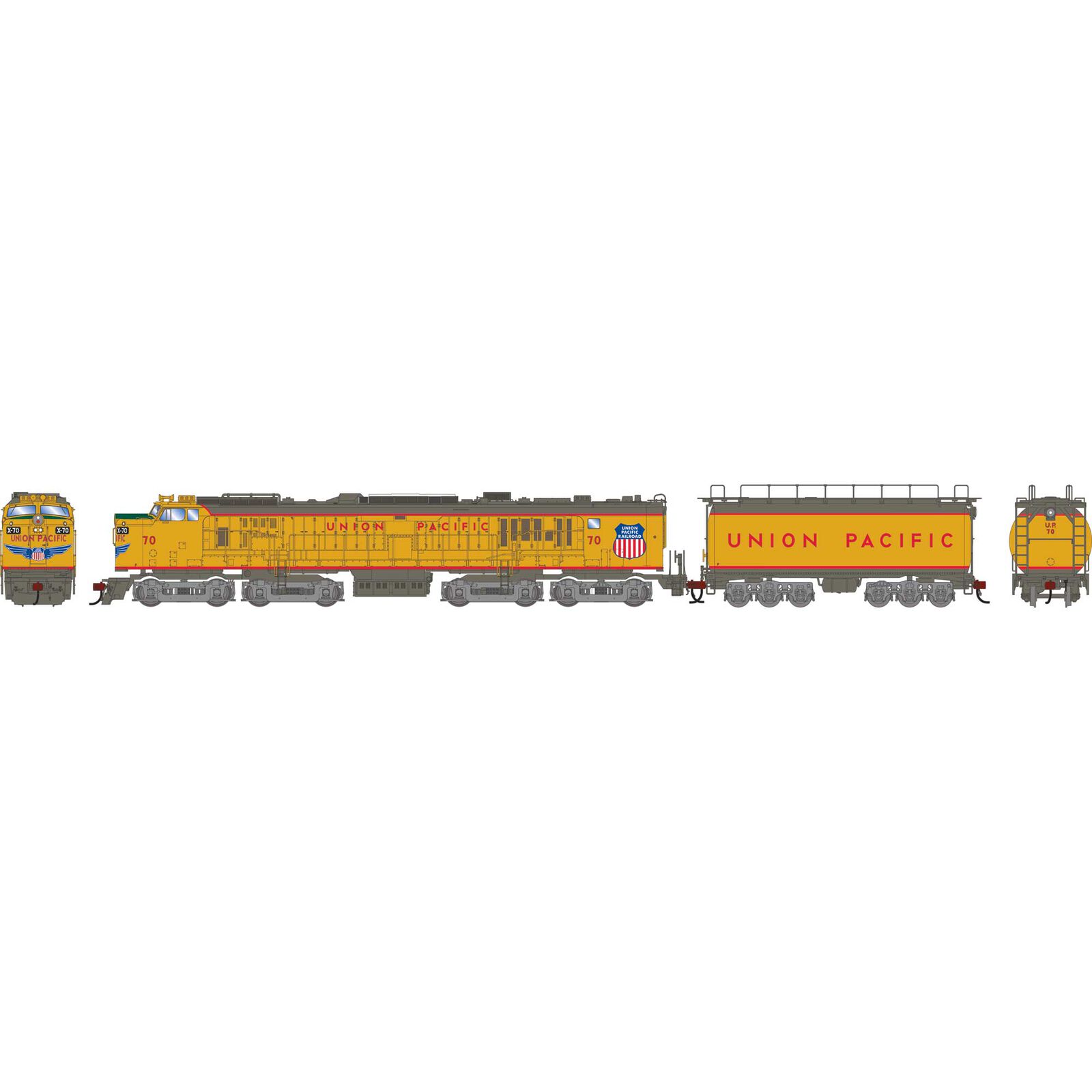 The link to HO Gas Turbine with Tender, UP #70 has been copied

After World War II, GE began work on a locomotive using a gas turbine power plant specifically designed for locomotive usage. The gas turbine had an advantage in that it could burn Bunker “C” fuel oil. Bunker “C” is a thick, low-grade oil that is a left-over when crude oil is refined into higher quality products like gasoline and diesel fuel. Being a residual of the refining process, it was both very cheap and widely available. GE’s locomotive gas turbine was about 20 feet long and created 4,500 horsepower, three times as much as a contemporary diesel.

GE’s test-bed and demonstrator gas turbine locomotive was completed in November 1948. Numbered as UP 50, it spent twenty-one months testing on the UP, covering 105,732 miles of operation and moving 349 million gross ton-miles of freight. UP’s first gas-turbine, numbered 51, was received at the Omaha shops on January 28, 1952. It had a full car body and a single cab. It carried 7,200 gallons of fuel oil and 1,000 gallons of diesel fuel. In addition to the gas turbine, there was also a 250 horsepower diesel engine. The diesel was used to move the locomotive around yards, power the auxiliaries, and crank the turbine. The locomotive weighed 551,720 pounds and was just over 83 feet long and stood 15 feet six inches tall. It rode on two sets of span-bolster AAR Type B trucks with a wheel arraignment of B+B-B+B. The gear ratio was 74:18 that gave a maximum speed of 65 miles per hour and a starting tractive effort of 137,930 pounds. Like contemporary diesels, the gas turbines were equipped with dynamic brakes.

The so-nicknamed “Veranda” turbines, with their outside walkways, were delivered in 1954. These units had their air intakes moved to the roof, and were equipped with 22,000 gallon fuel tenders (made from retired 9000 class steamers) starting in 1956. Beginning in 1958, experiments were conducted with running the turbines in multiple with diesels . The experiments proved to be successful and all of the turbines were modified to operate in MU with diesels. Retirement of the units began in 1963 and all were out of service by 1964, their truck assemblies finding new homes under GE U50 diesels.

The Athearn Genesis Veranda turbines are equipped with many additional lighting features over previous runs. Separately-controlled MARS light, emergency stop “big hole” light, class lights, number boards, and backup light are all equipped. Combined with the industry’s most accurate Union Pacific colors, and the advanced capabilities of the Soundtraxx Tsunami2 Gas Turbine sound decoder, these impressive units will be at home on any late transition era UP roster.