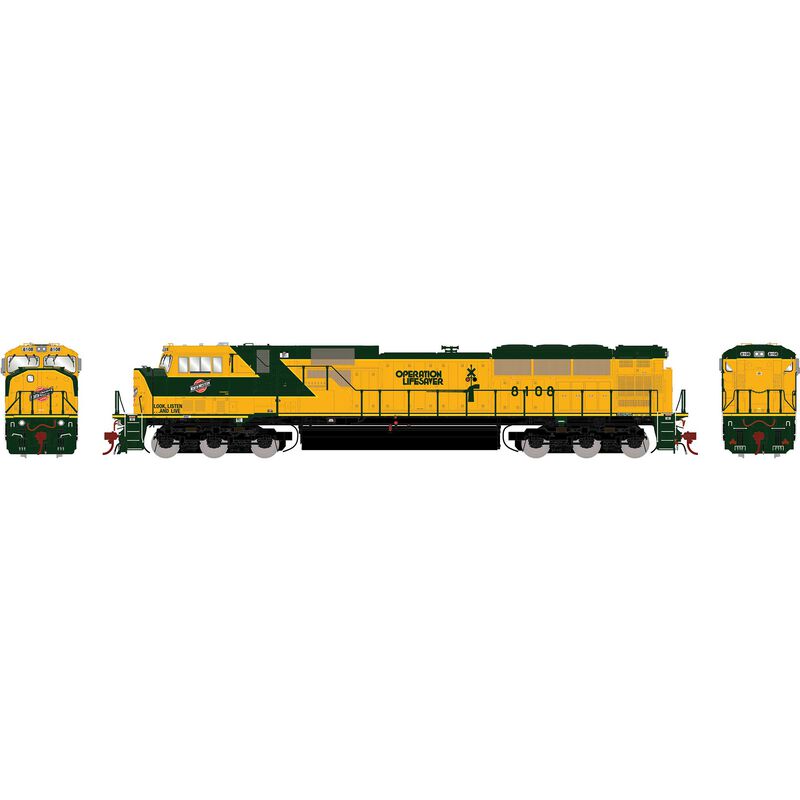 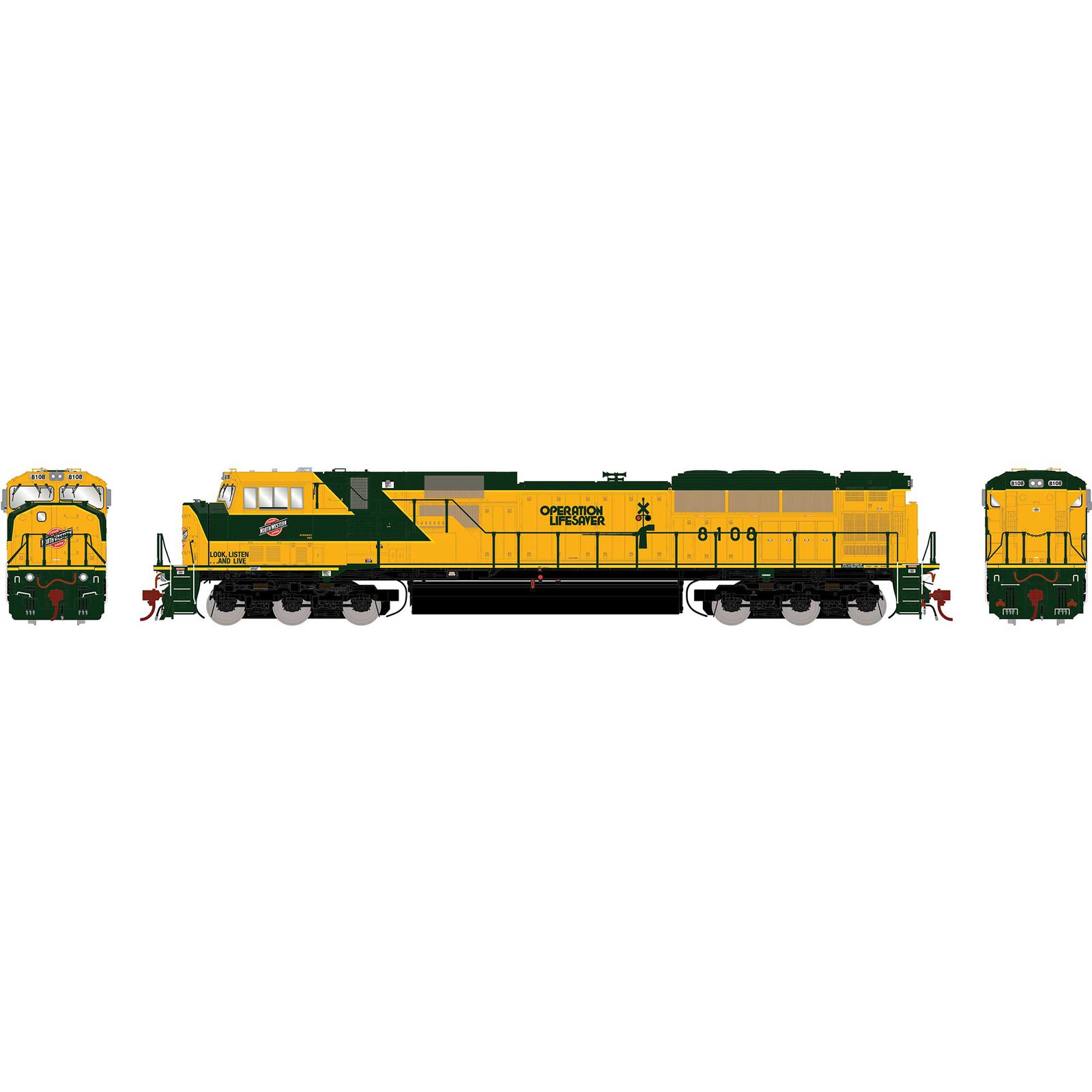 According to some reports, CNW signed a letter of intent to EMD to order a minimum of 15 SD80MAC's in mid 1994. Because of the 1995 merger with UP, the order was canceled with the projected delivery to be mid-late 1995. The units, which were to be constructed as an add-on to the Conrail order, were to have been used in pairs on Wisconsin Electric (WEPX) coal trains, and were to have been numbered 8101-8115. Our CNW SD80MACs feature Conrail-style details and are painted in the attractive lightning stripe scheme with Operation Lifesaver logos - "As close to what almost-was as it gets!"