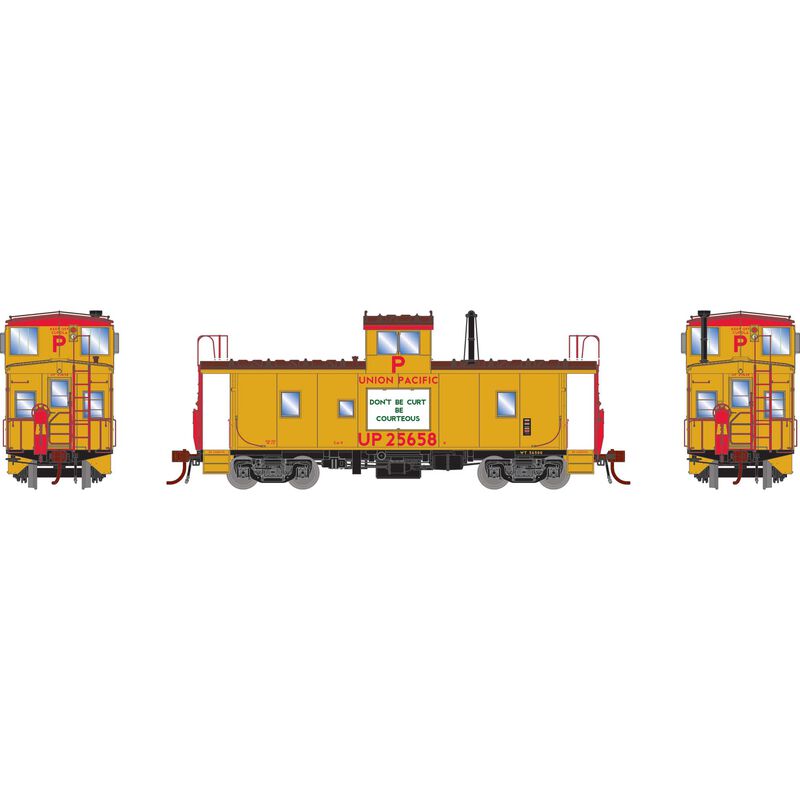 Built by International Car Company in 1967, UP’s CA-9 class numbered 100 cabooses. The cars were very similar to the earlier CA-8 and later CA10 designs, but had minor differences in end cages and windows. The cars originally featured square safety slogans, and these were later changed to rectangular slogans. The eye-catching safety slogans made the cars distinctive; the later slogan boards were removable and could be swapped from car to car, meaning that certain road numbers wore several over the course of their lives.