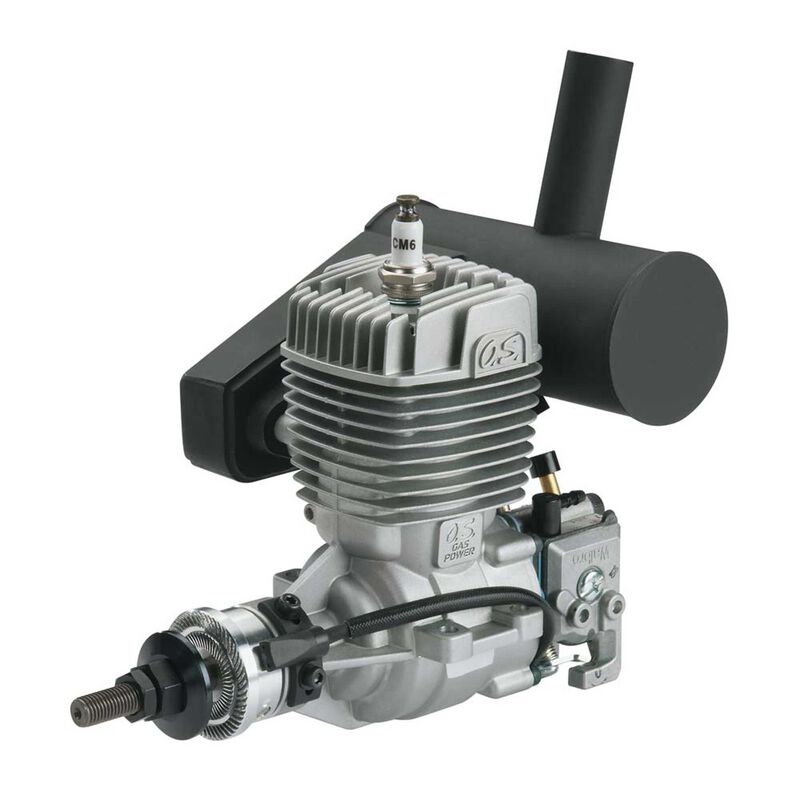 An investment in O.S. gasoline power quickly pays for itself in fast starts, higher power and more flights from your fuel budget. For the many planes that use 2-stroke .60-.91 or 4-stroke 1.20 glow engines, the GT22 – the third gasoline engine available from O.S. – is the perfect choice. It cranks out nearly 10% more power than other 2-stroke gasoline engines of similar size! Throughout the GT22, the fit and finish are outstanding – always delivering the same high performance as when you first installed your brand new, hand-crafted, quality inspected O.S. engine. 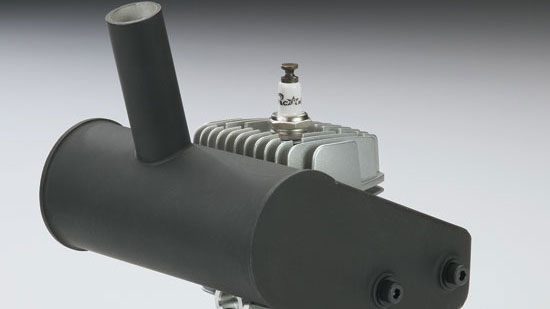 The GT22 Pitts muffler is built to last, with reinforced mounting bolt holes and webbing at high-stress points. 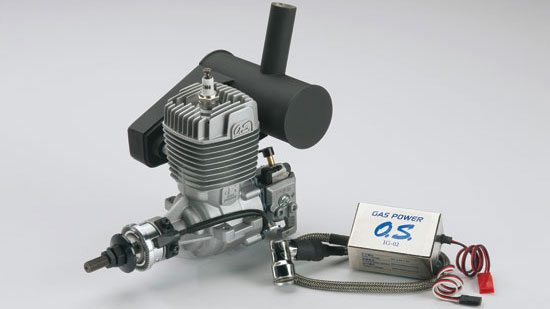 Powered by
0.0 star rating
1 Questions \ 1 Answers
ask a question
write a review
(1) (0) (0) (0) (0)
Show all reviews
ask a question
write a review
Thank you for posting a review!
We value your input. Share your review so everyone else can enjoy it too.
share
share
share
Thank you for posting a review!
Your review was sent successfully and is now waiting for our staff to publish it.
Thank you for posting a question!
Please click on the link in the confirmation email we just sent you to submit your question.
Your question will appear on the site once someone answers it.
write a review
ask a question
Updating Results
Verified Reviewer
0.0 star rating
01/20/21
Review by Anonymous User
On
share ' Share Review by Anonymous User facebook facebook Share Review by Anonymous User twitter twitter Share Review by Anonymous User LinkedIn linkedin Share Review by Anonymous User
01/20/21
Was this review helpful? 0 0
F
Felix M.
5.0 star rating
06/19/19
An excellent, refined, trouble free powerplant.
Review by Felix M. on 19 Jun 2019 review stating An excellent, refined, trouble free powerplant.
For many years, I have used OS glow engines in planes from trainers to mid-size aerobatic aircraft with very good results. For this reason, I decided to use the 22GT in my quarter scale Cessna 150 aerobat. This would be my first gasoline engine. I was looking for the power for scale flight with just a tiny bit of extra power on tap. I did not want my 150 to fly like an f-16. I also wanted a compact powerplant so I didn't have to turn the cowl into swiss cheese. I wanted the engine to be reliable so that I wouldn't have to worry about surprise gliding sessions. I also was hoping for an engine that would be predictable during starting and throttle transition. Not surprisingly, I got all of these things! I'll talk about how the OS 22 fulfills its role so well.

My quarter scale Cessna has a 96 inch wingspan and weighs about 17 pounds. Many thought the 22 cc engine would be too small. However, this engine is truly more powerful than most in its class. It generates 2.66HP at 9000 RPM. I have the power to do scale aerobatics, plus a little more. Normally, I take the 17 lb plane off at just over half power for a nice scale like roll out. I was surprised that was all I needed! I first used the recommended needle settings, which in my case, were not suitable for flight due to the richness of the settings. It took quite a few flips to draw fuel up into the carburetor on the first start. Generally, reed valves do not work well until they are wet. Once fuel reached the carburetor, it had plenty of pumping action and has always been easy to start since. When it started for the first time, it was extremely rich, but it was running!! Slowly, I leaned out the needle until the engine had a decently reliable throttle transition. I did make sure to leave it rich for a while to let it break in. I ran the engine for about 15 minutes prior to the first flight. I am writing this review over two years after the first flight, and I have only had one dead-stick. That was because it ran out of gas after 45 minutes flying time on a 24 ounce tank!! When powered to full, the engine gives the plane a very lively feel. I do not need full power to pull over the top of a loop.

Moving on! It is very compact! The carburetor is mounted on the rear as is becoming typical on gasoline engines. The exhaust comes out the side, but the muffler wraps around to the back of the engine. It would easily fit even in a narrow cowl. Even if you do have to cut some holes, this engine is a work of art and is beautiful to look at!

The attachment of the muffler is the only thing I had a small issue with. The gasket wasn't terribly compressible, so it didn't help lock the screws in, nor was it effective as a gasket. The muffler always wanted to come loose! Don't use the gasket. Instead, use Permatex high temp gasket maker. You can get it at any automotive store. Follow their instructions exactly. Use a lock washer on each muffler bolt. The muffler will not come loose very often!!

I already remarked on the engine's reliability. To put it simply, I absolutely trust my airplane to this engine. As I said, the only dead-stick was not the engine's fault. It transitions from idle to full beautifully and does not miss a beat. It is not hard to start. Follow the instructions on this. Basically, choke the engine and then flip until it fires. Once you have the carb set correctly, this will not take many attempts. Even after I ran it dry on the dead-stick landing, it fired without needing many flips the next time I started it. Once it has fired, turn the choke off AND turn the ignition off. Flip it five more times. Now, turn the ignition back on. It will start on the first or second flip, every time, usually on the first.

You will want to gradually lean out the engine as it breaks in. Make small adjustments every few flights. Don't do it all at one time. Once you have the carb set, you won't need to touch it very often! I go a whole season consistently flying without having to reset the needle. I have never moved the low end needle. I have been to Joe Nall three times with my 150 flying this engine and have never had to work on the engine during the event. Every event, I have received a lot of positive feedback with regard to how the engine sounds. It does not sound rattly and annoying like some smaller gas engines can, and it certainly doesn't sound like it is ready to quit. It sounds more like a 60 or 70 CC in terms of its tone. The muffler is very effective at keeping the engine quiet. Be sure to use a good prop. An engine is only as good as the prop you choose. I'm using a carbon fiber 18/6. Use a reputable brand of prop! This engine WILL pull provided that you give it the means to do so by using a good prop. All in all, this is a wonderful engine. It is almost as easy to run as an electric powerplant, and is equally as reliable as an electric set up.
On GT22 22cc Gas 2-Cycle Airplane Engine with Muffler
share ' Share Review by Felix M. on 19 Jun 2019 facebook facebook Share Review by Felix M. on 19 Jun 2019 twitter twitter Share Review by Felix M. on 19 Jun 2019 LinkedIn linkedin Share Review by Felix M. on 19 Jun 2019
06/19/19
Was this review helpful? 1 0
E
Earl J.
Verified Reviewer
08/25/20
Q: Does his engine come with the ignition module?
Answers (1)