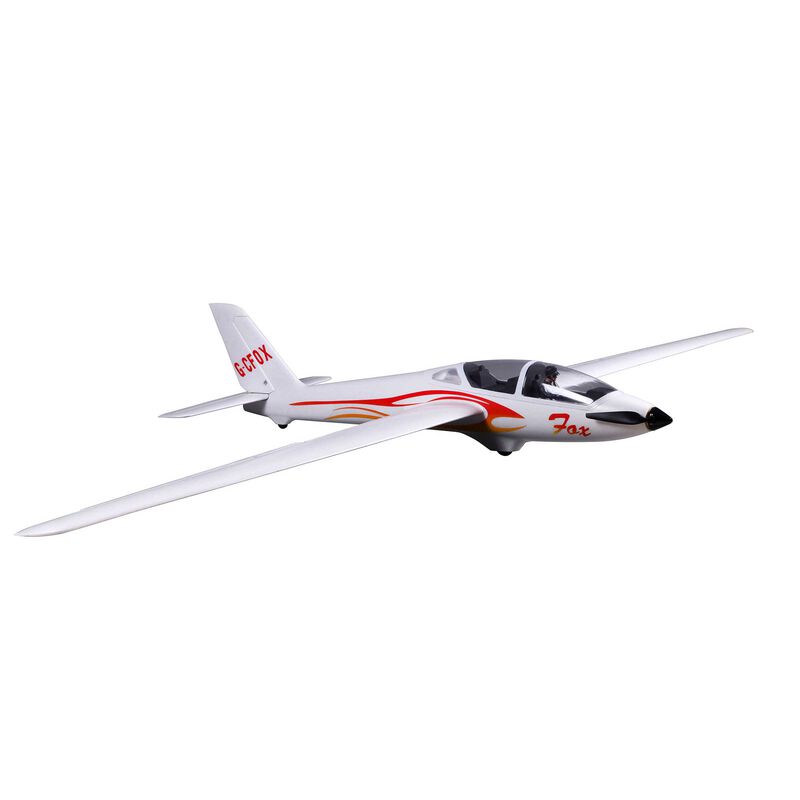 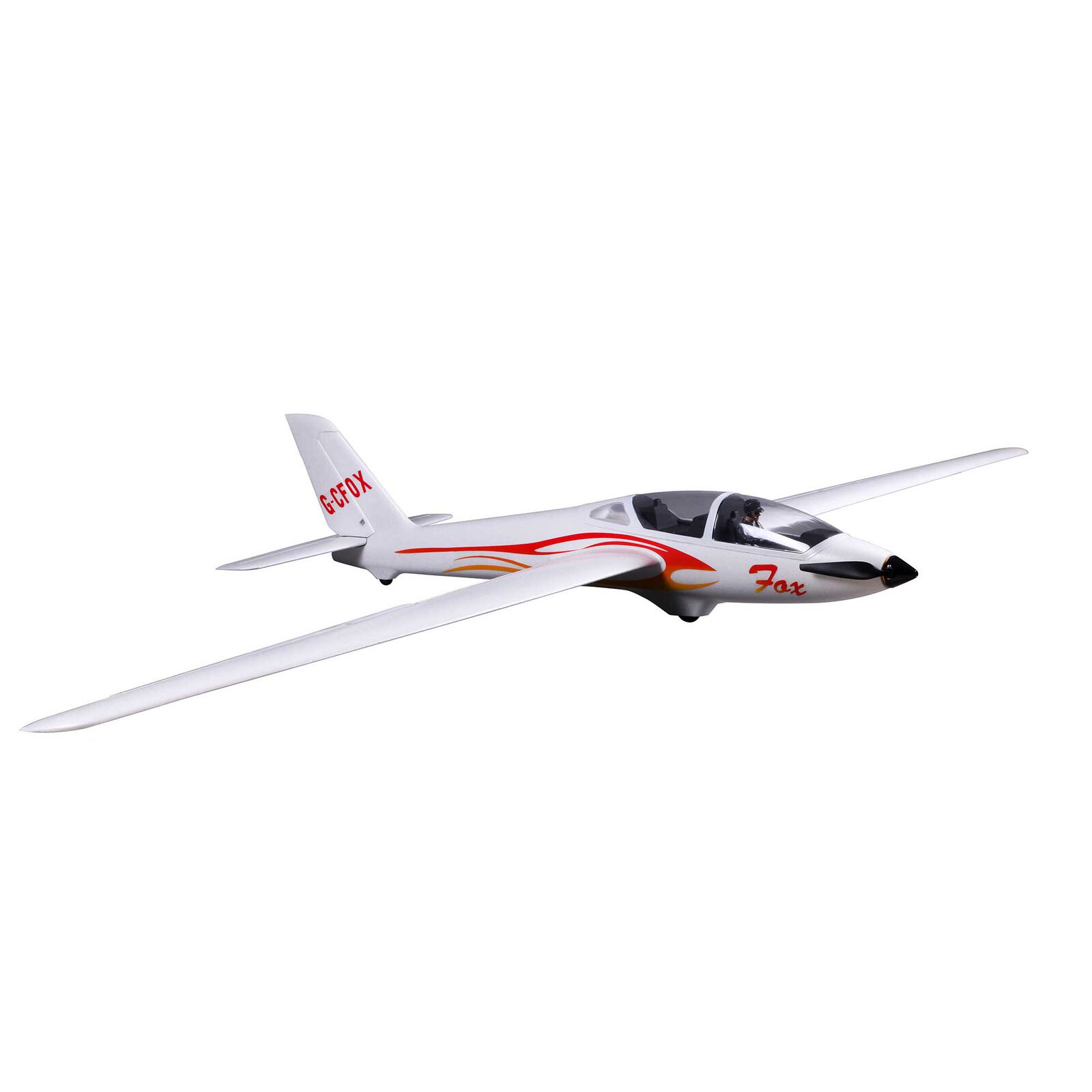 The MDM 1 Fox is a composite unlimited aerobatic glider. At its first public unveiling it managed to place first in non other than the World Championships! Since then it has become a regular aircraft on podiums throughout the world.

Seating two in relative comfort it also performs very well in cross-country even though it only has a glide ratio of 28:1. Sleek and efficient with fantastic unlimited aerobatic flight envelope are attributes that set this glider apart and make it an excellent model for Famous to replicate.

FMS has created this wonderfully exciting aerobatic glider in impact absorbing and resilient EPO foam. The mold quality is sublime adding to the efficiency and great looks. Combined with a high powered brushless motor and LiPo battery, gives the budding modeler a new level of high performance excitement.

This glider features glass/carbon composite and aluminum tube strengthened wings that are easily removable for transport and a very compact fuselage adding further to the enjoyment of this model.

Positive and negative loops, stall turns, point rolls and inverted flight are all easily performed with this model and it will also perform excellently simply hunting for thermals or slope flying, making it suitable for a wide range of pilots.