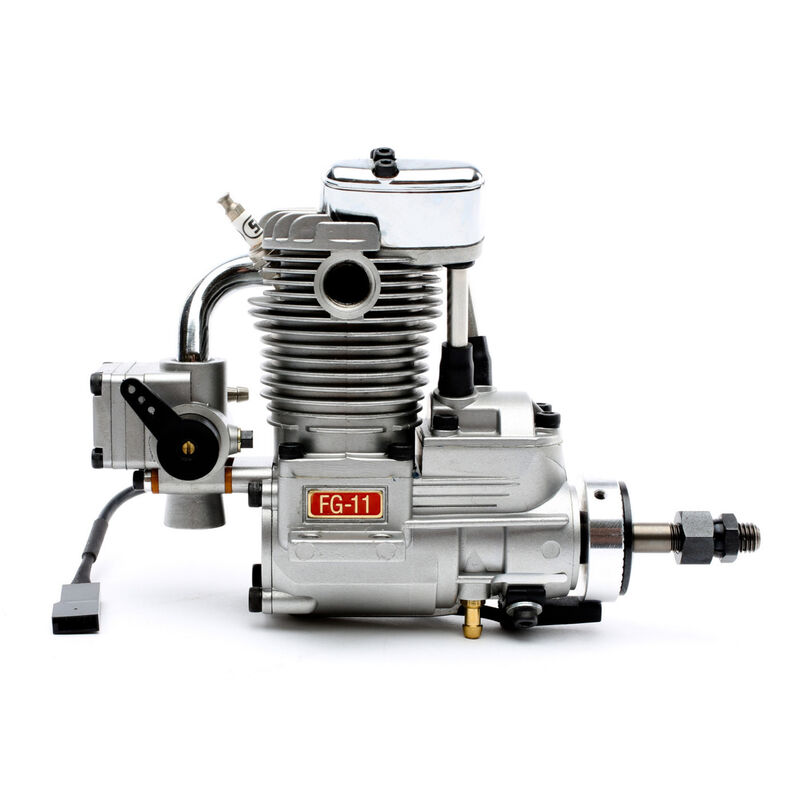 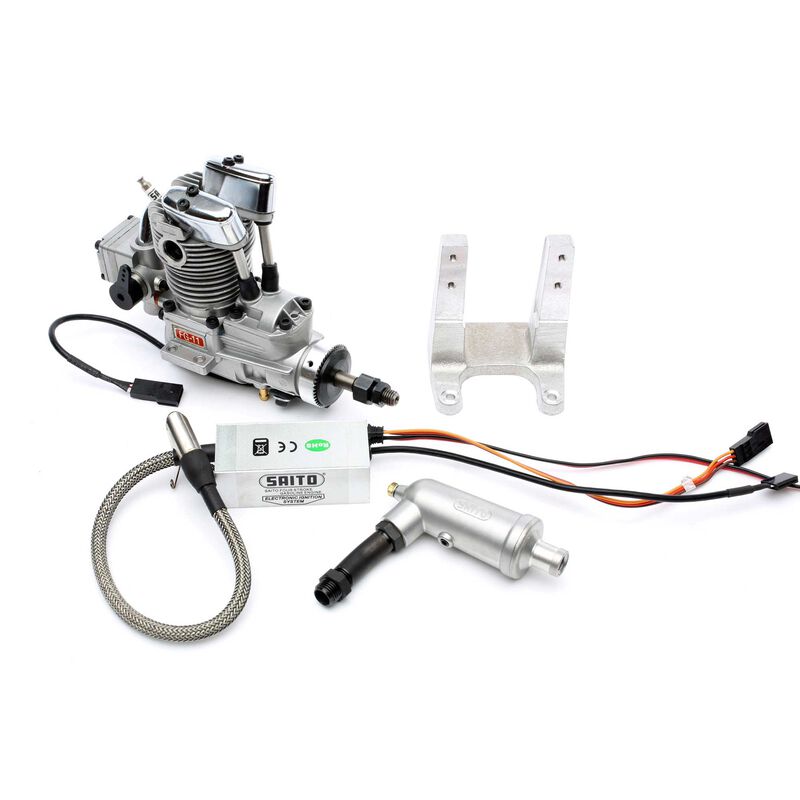 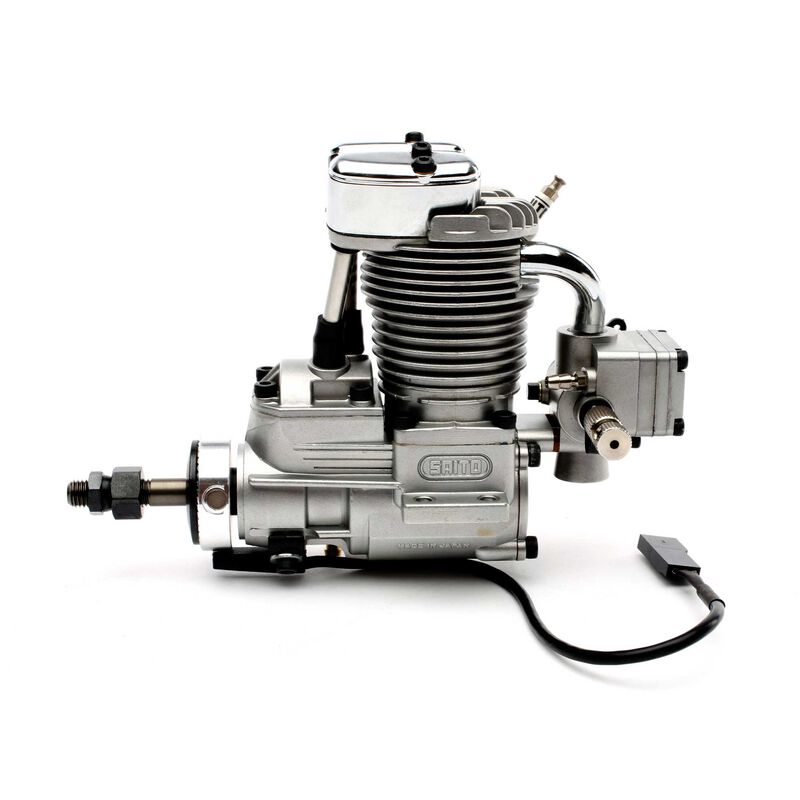 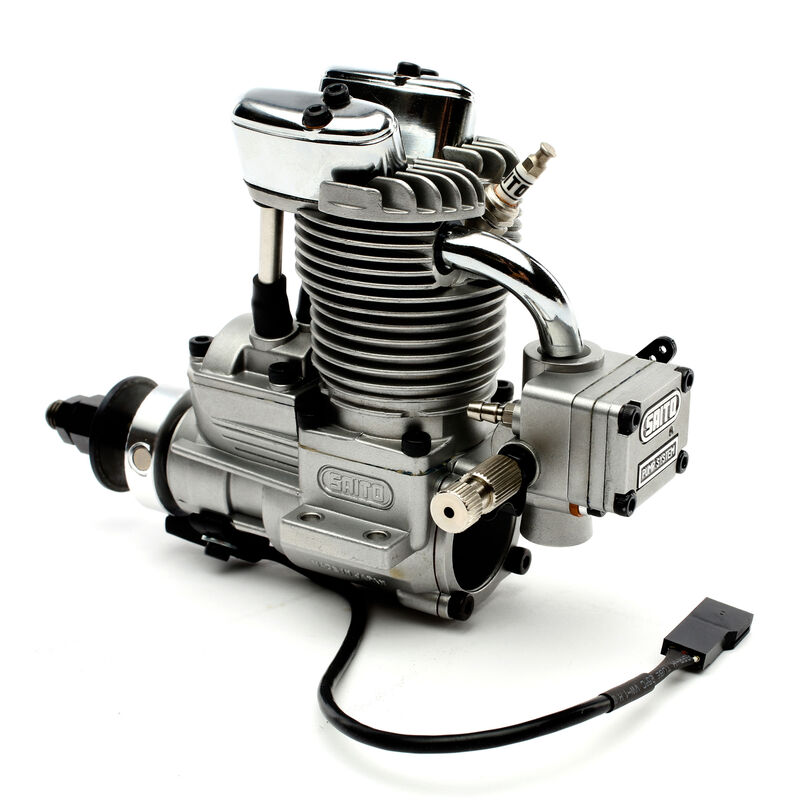 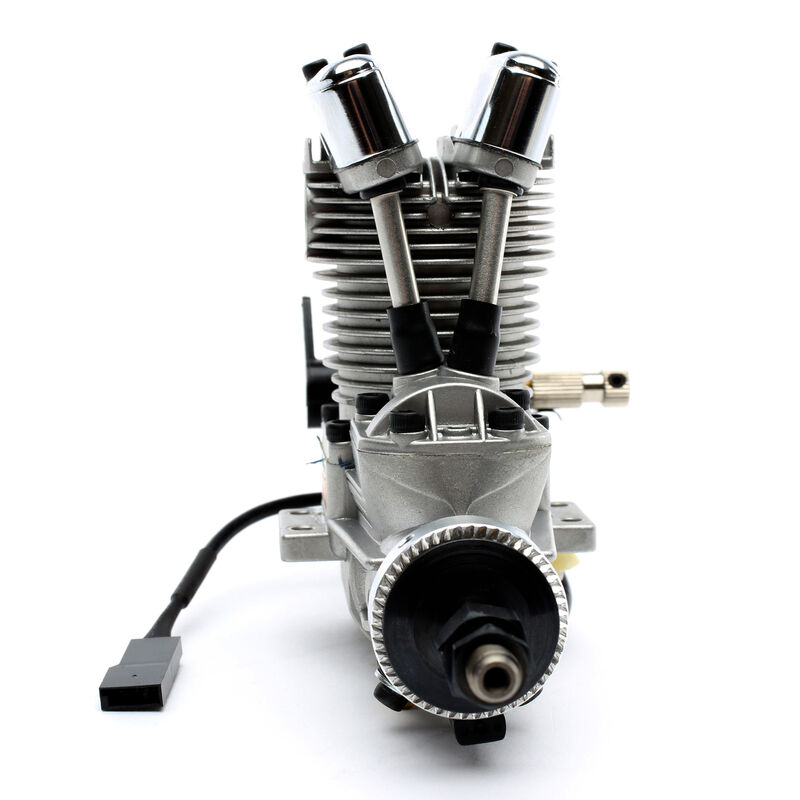 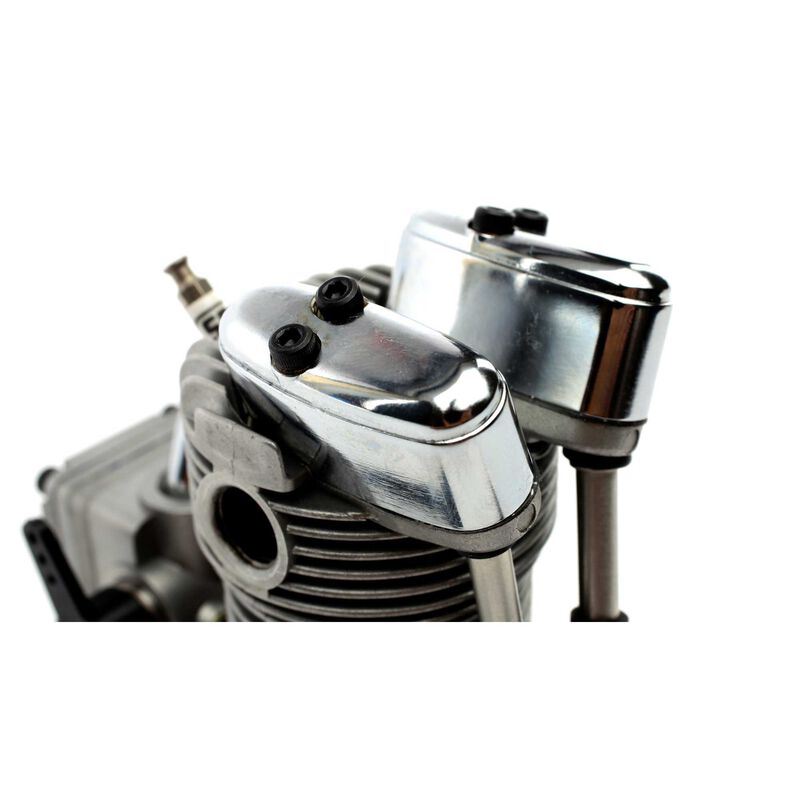 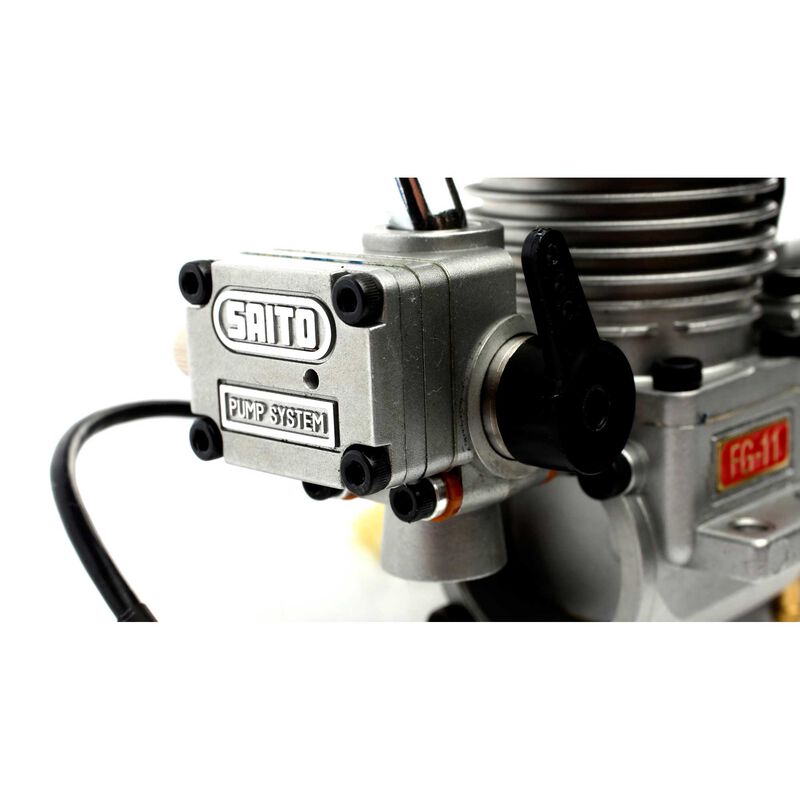 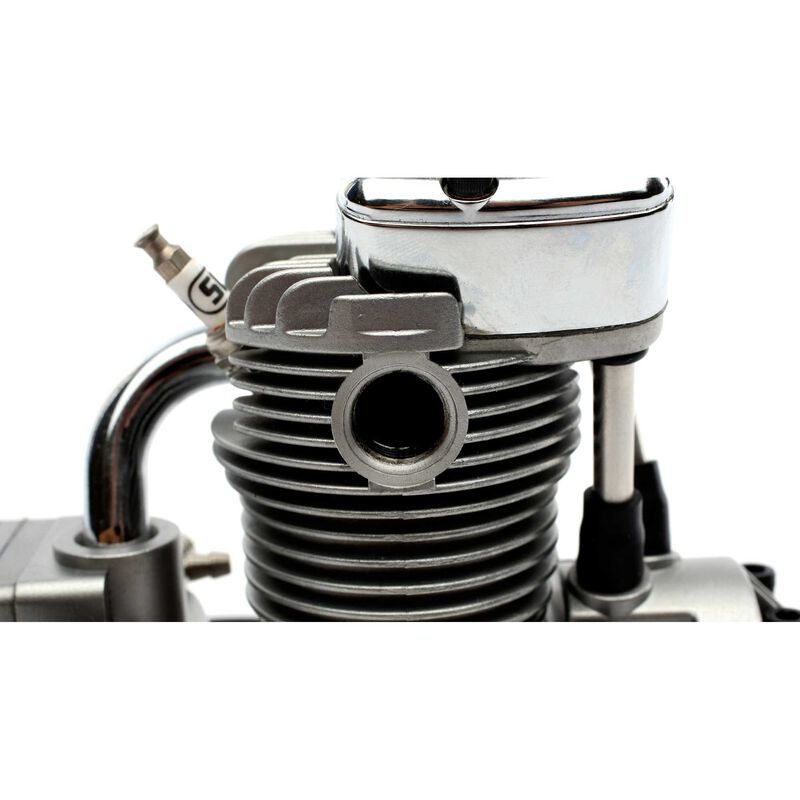 Share
The link to FG-11 11cc Single Cylinder 4-Stroke Gas Engine: BZ has been copied
Email when back in stock

The RC industry’s most reliable manufacturer of top-quality glow 4-stroke engines introduces the Saito™ FG-11 gas engine. Finally there’s an answer for you 4-stroke fans who have been waiting to put gas power in a 40-size airplane. The Saito™ FG-11 engine is the gas burning equivalent to the proven .62 AAC glow engine in terms of size and dimensions, yet it gives you the starting ease and reliability of an electronic ignition and pumped carburetor. Best of all, it comes from the RC industry’s most reliable manufacturer of top-quality 4-stroke engines. So if you can’t wait to start running a cleaner and more efficient engine mount up an FG-11 and start enjoying the 90% savings per flight and Saito power and precision craftsmanship, the distinguished look and sweet sound stands as a reminder to everyone at the flying site of your discerning prowess for performance.

As an expert in reliable 4-strokes, Saito engineers have spent years developing the best-built 4-stroke gas engines. The power-to-weight ratio of a Saito engine creates a one-of-a-kind flying experience. For serious modelers, the long awaited arrival of a high-quality, powerful and precision craftsmanship gas engine is here.

Powered by
4.4 star rating 8 Reviews
0 Questions \ 0 Answers
ask a question
write a review
(6) (1) (0) (0) (1)
Show all reviews
ask a question
write a review
Thank you for posting a review!
We value your input. Share your review so everyone else can enjoy it too.
share
share
share
Thank you for posting a review!
Your review was sent successfully and is now waiting for our staff to publish it.
Thank you for posting a question!
Please click on the link in the confirmation email we just sent you to submit your question.
Your question will appear on the site once someone answers it.
write a review
ask a question
Updating Results
Verified Reviewer
0.0 star rating
01/15/21
Review by Anonymous User
On
share ' Share Review by Anonymous User facebook facebook Share Review by Anonymous User twitter twitter Share Review by Anonymous User LinkedIn linkedin Share Review by Anonymous User
01/15/21
Was this review helpful? 0 0
B
Baldeagle713
5.0 star rating
08/28/18
Mighty engian
Review by Baldeagle713 on 28 Aug 2018 review stating Mighty engian
I put the FG11 in a 55 inch mustang. 13x7 prop. 16-:1 red line mix. The book called for a 46-55 nitro 2 stroke or 52 4 stroke. I fighured sence it was in a 62 case the FG 11 would pull it. It did. I had to add tail weight as it came out nose heavy. i lift it slightly nose heavy due to the retracts. Scale grass take offs. Trimming in only a small amout of up elivator and she flew strait and true. Rolls, immillmanes,inverted flight and just would loop. Mighty nice engian. Once i get some more hours on it I hope to fine tune it better. Still rich on the low end.
Great sound.
On FG-11 11cc Single Cylinder 4-Stroke Gas Engine: BZ
share ' Share Review by Baldeagle713 on 28 Aug 2018 facebook facebook Share Review by Baldeagle713 on 28 Aug 2018 twitter twitter Share Review by Baldeagle713 on 28 Aug 2018 LinkedIn linkedin Share Review by Baldeagle713 on 28 Aug 2018
08/28/18
Was this review helpful? 1 0
A
Acdii
5.0 star rating
01/01/16
Recoups its price in fuel costs
Review by Acdii on 1 Jan 2016 review stating Recoups its price in fuel costs
I got this engine because I love how a Saito sounds. It is actually my first new Saito, and the first one I flew, I have a few used Saitos, FA100 and FA100GK, FA 120, and FA 72, but the FG-11 was the first one I used. I mounted it in a SIG T-Clips 70, using a 12 ounce tank. Put it on my runup stand, and once it got fuel to the carb, it fired right up. I ran it at the recommended 4400 RPM, sloppy rich, and noticed no oil residue, which had me concerned, so upped the oil to 16:1, then saw some oil residue come out the breather, and continued the run in. After an hour of run time, the RPM's were up to 8000+, which is about when it ran out of gas in the 12 ounce tank. I flew it a few days later, and after 20 minutes of flying, used less than a 1/4 tank of gas. I have many flights on it now since I got it, my T-Clips was one of the first shipped out by SIG, and was flying within a week of receiving it, so this is a long term review. Out of all the flights I had, there were two where it quit, mainly due to the weather, cool, and damp, and it just did not run well that day. First start of the day I have to use the electric starter, but once the fuel line is filled, I can start it with one flip of the prop. What's funny is the idle is slower than the starter, so it is usually running right away, but I can't tell because it is spinning faster with the starter. It is very quiet, more than the nitro engines, but still has the distinct Saito sound I grew to love. Plenty of power with a 13x6 APC. It is a sure win in my book and looking to get a second one for a SIG Citabria I am currently building. So far I flew all year and used a 1/2 gallon of gas. My other planes are all Saito and OS Nitro, and I went through 2 1/2 gallons of Nitro. So basically I flew my T-clips dozens of times for $1.50, while my Cub with the FA-100, and Something Extra with an OS-70 cost me over $40 to fly. There is more time on the T-clips than the other planes combined. Just in one year it saved, $38.50 if it had been my only plane.