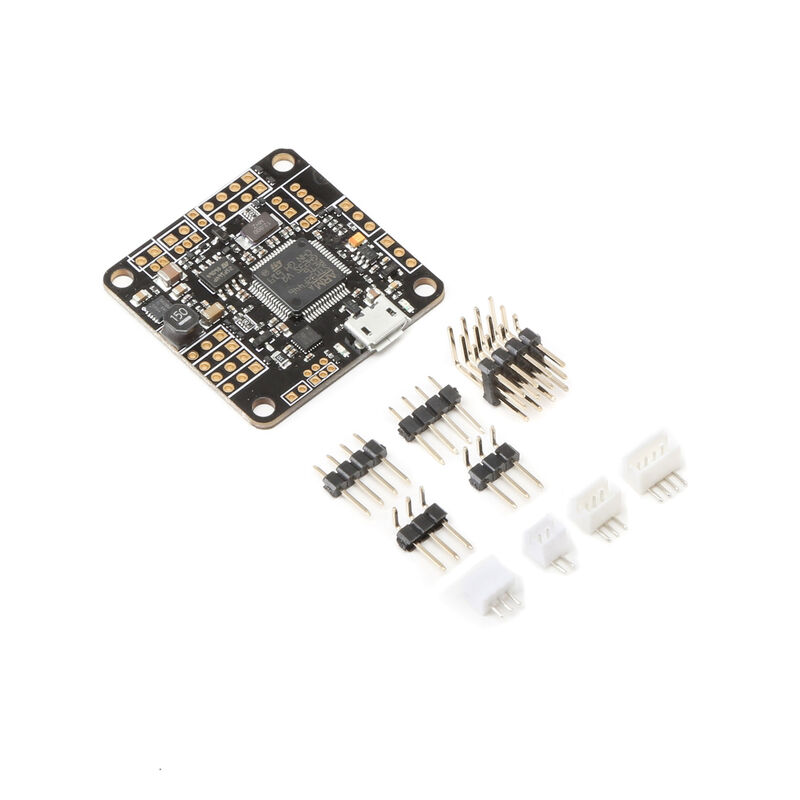 Spektrum has combined a state of the art F4 processor with proprietary Raceflight firmware to bring you the cutting edge in FPV racing performance. Featuring an integrated 5v regulator, pilots will no longer worry about providing regulated power to your flight controller. The Spektrum F400 flight controller makes wiring the receiver simple by only needing one connection for power, signal, and telemetry information. Pair it with a SPM4649T Serial Telemetry receiver and the pilot can feed all available telemetry data to their Spektrum radio transmitter. The processor in the Spektrum F400 is capable of a lighting fast 180MHz update speed; giving the pilot uncompromised speed, precision, and power. Connect the F400 Raceflight Flight Controller with a 32KHz capable ESC for optimal performance.

The Spektrum F400 now supports RaceFlight One, the leading edge drone racing firmware, giving the pilot the most locked in feel and easiest to configure setup to date. When combined with a the Spektrum Quad Race Serial Receiver with Telemetry and you get advanced telemetry features such as PID and rate control, Flight pack voltage, current monitoring and more.