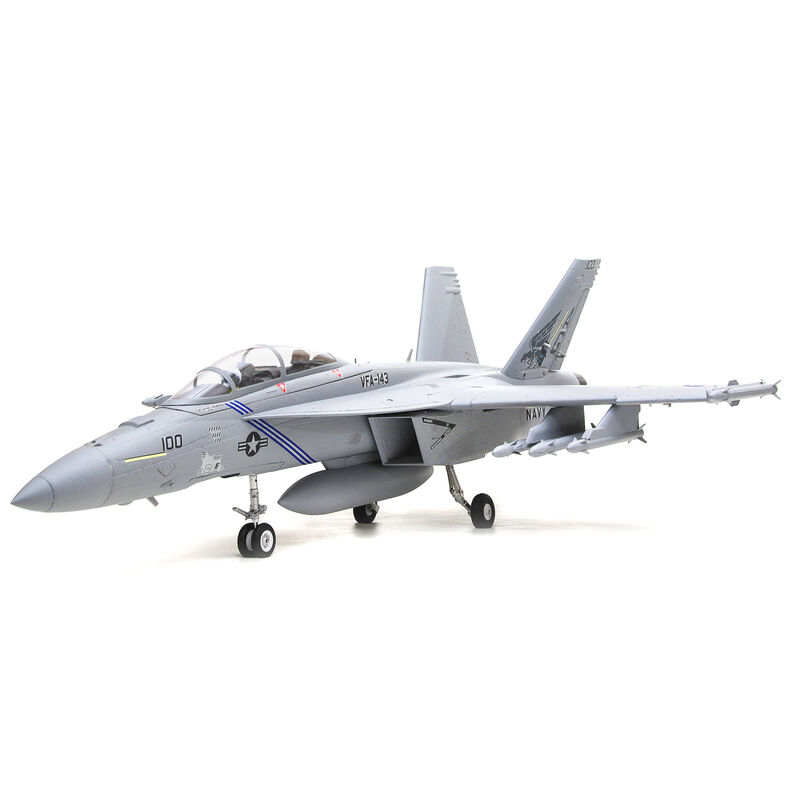 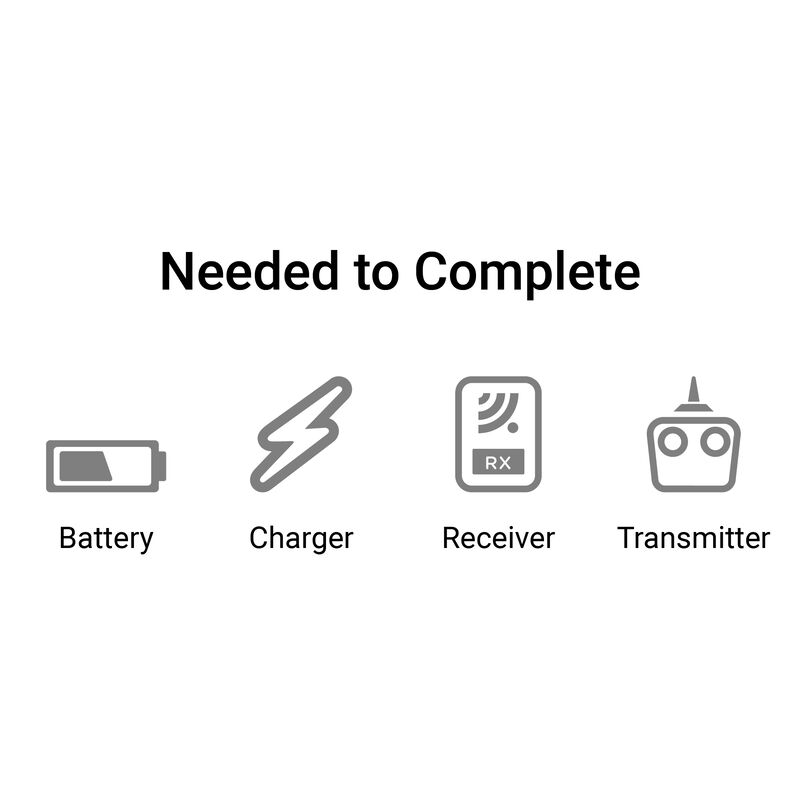 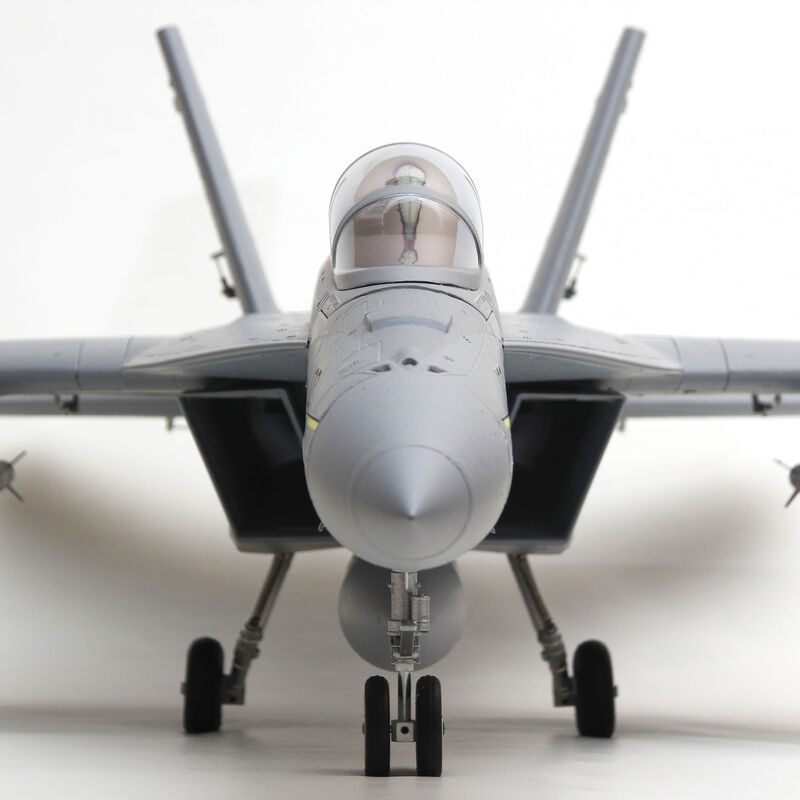 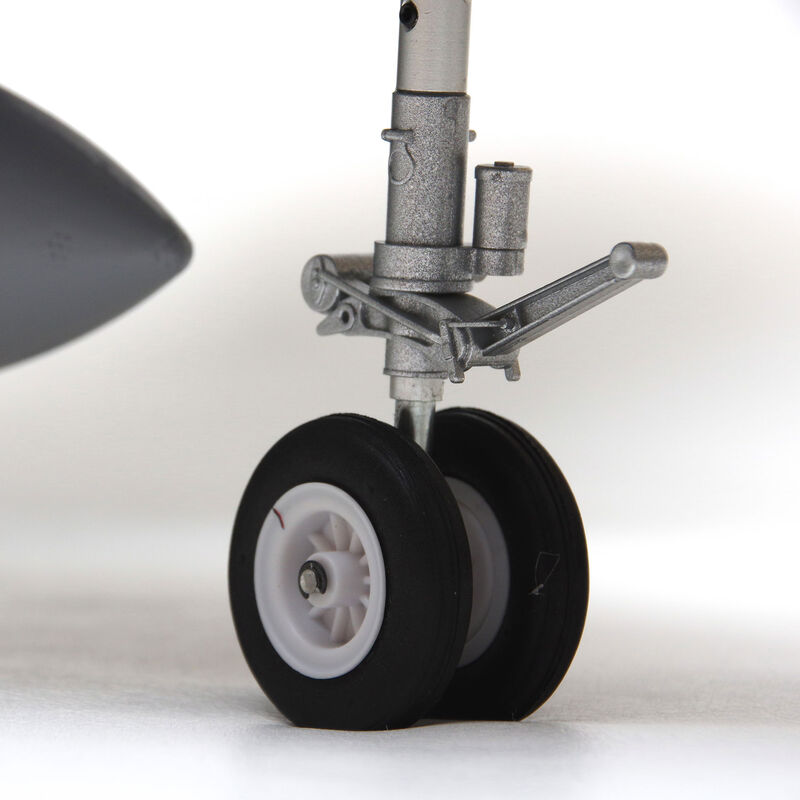 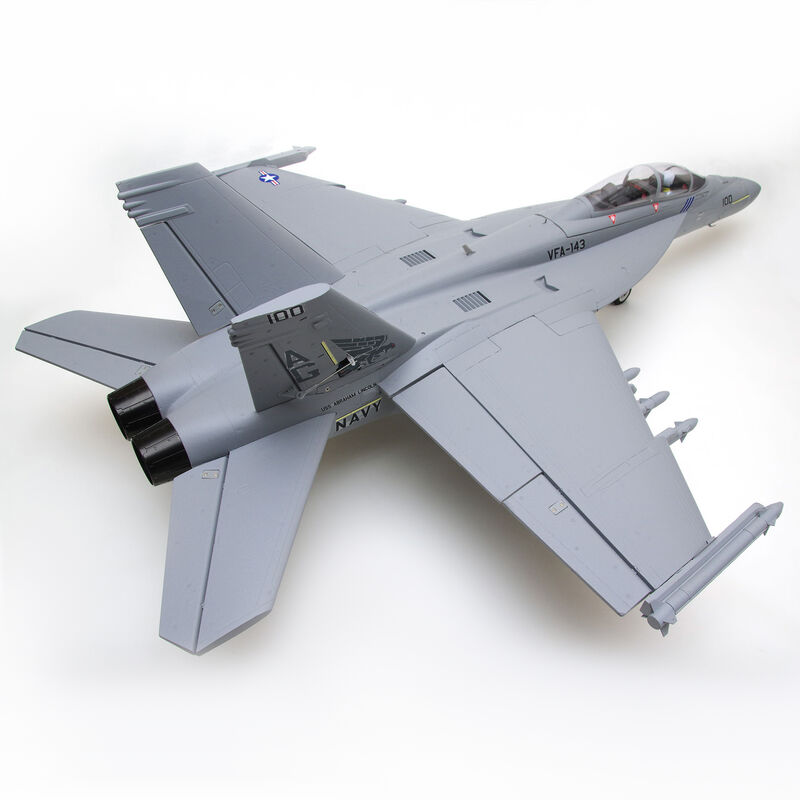 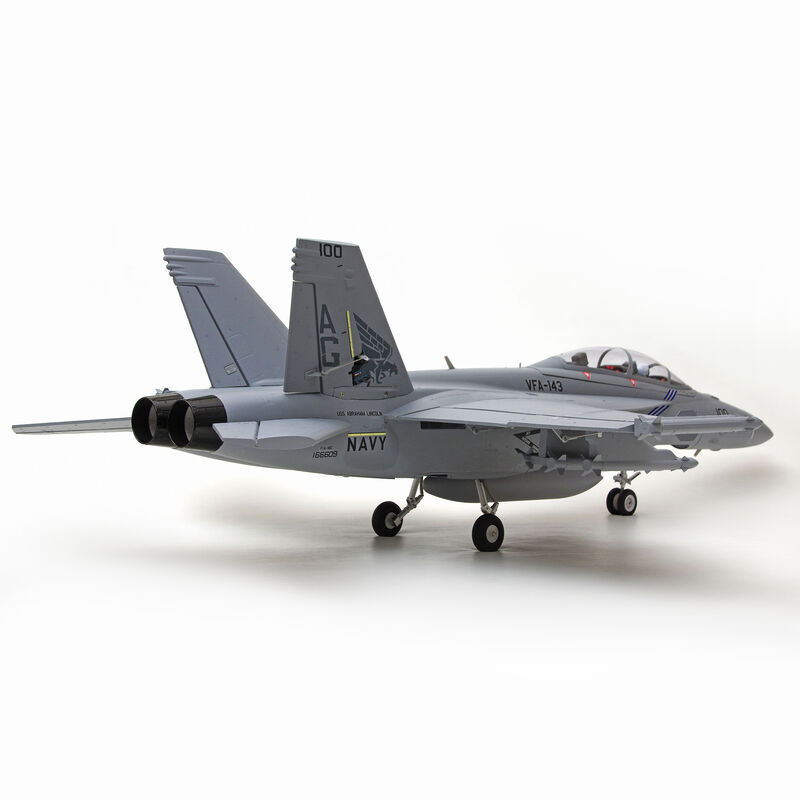 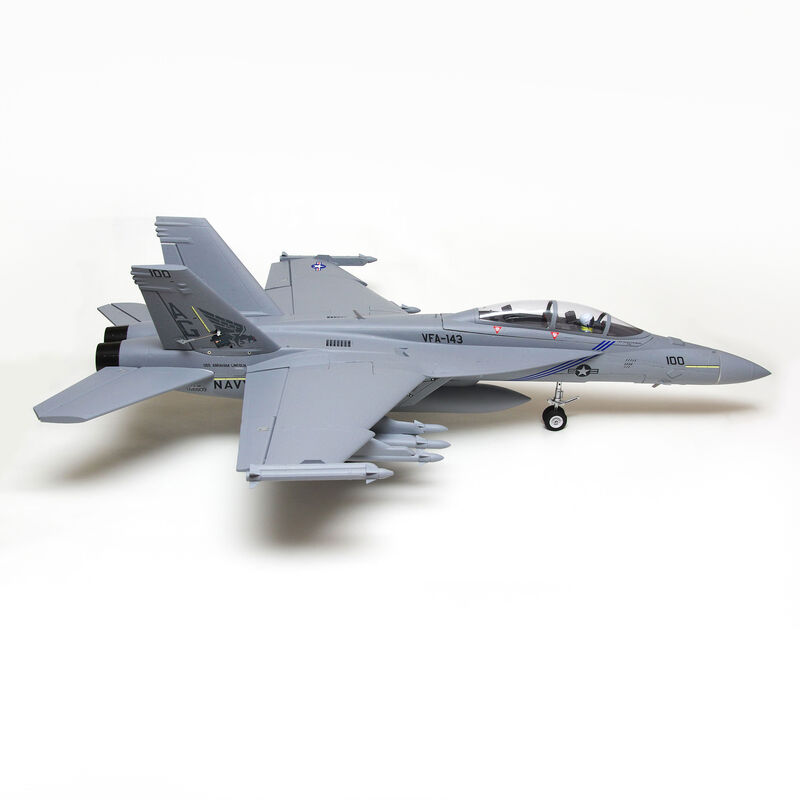 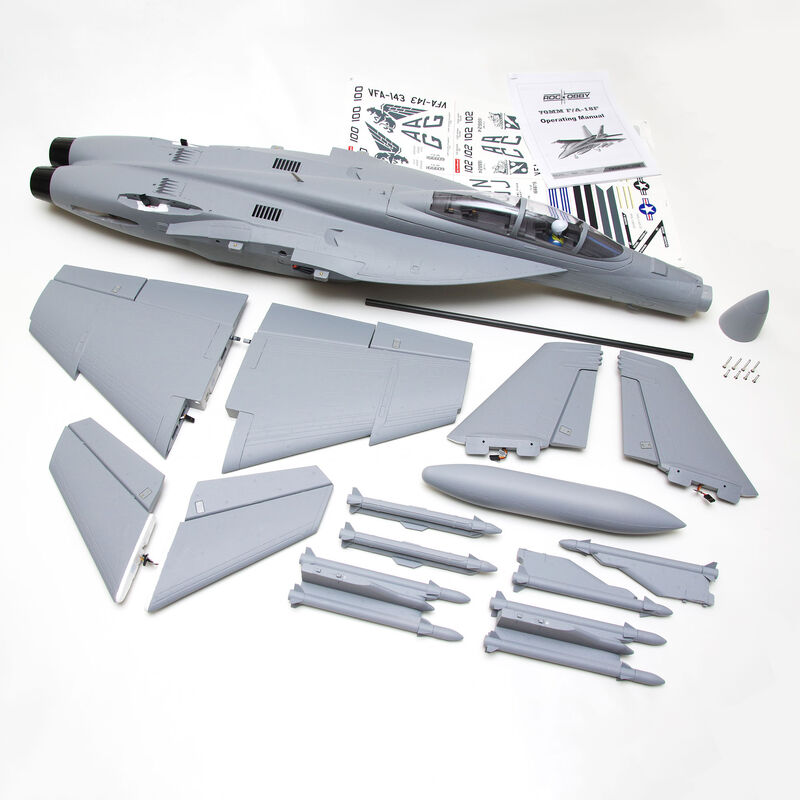 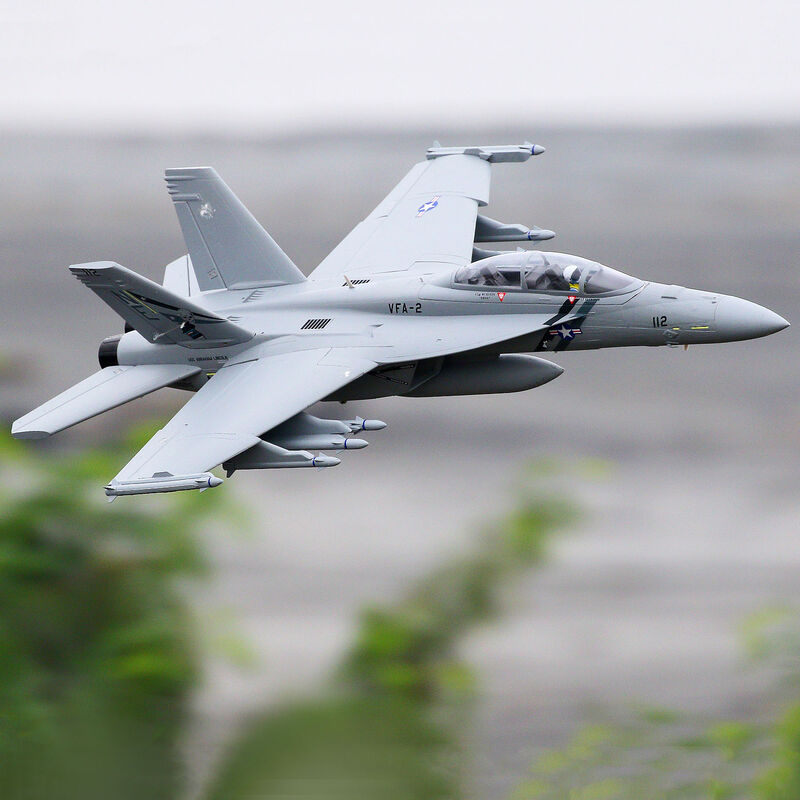 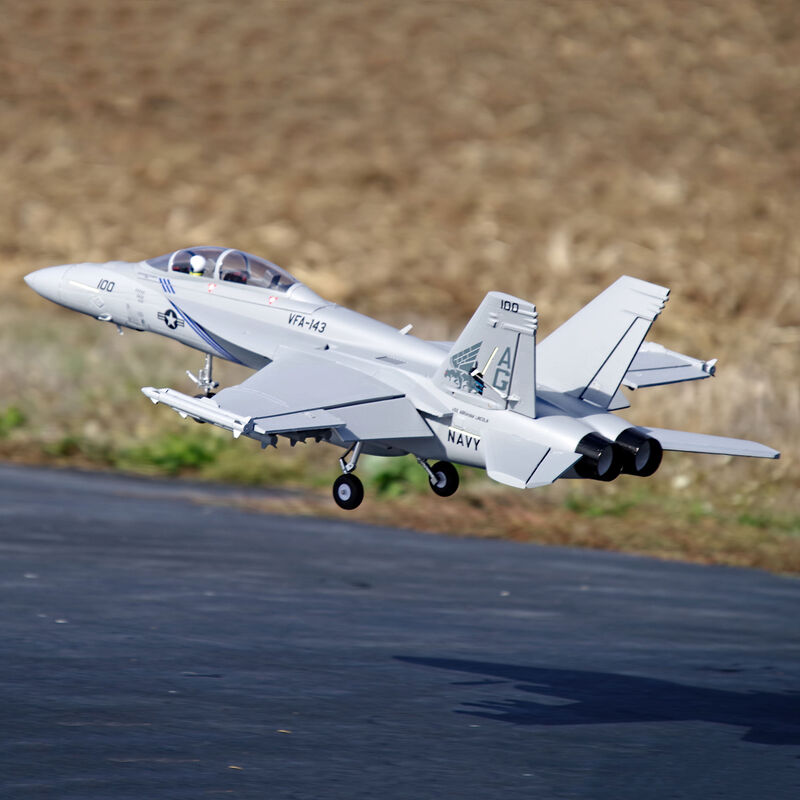 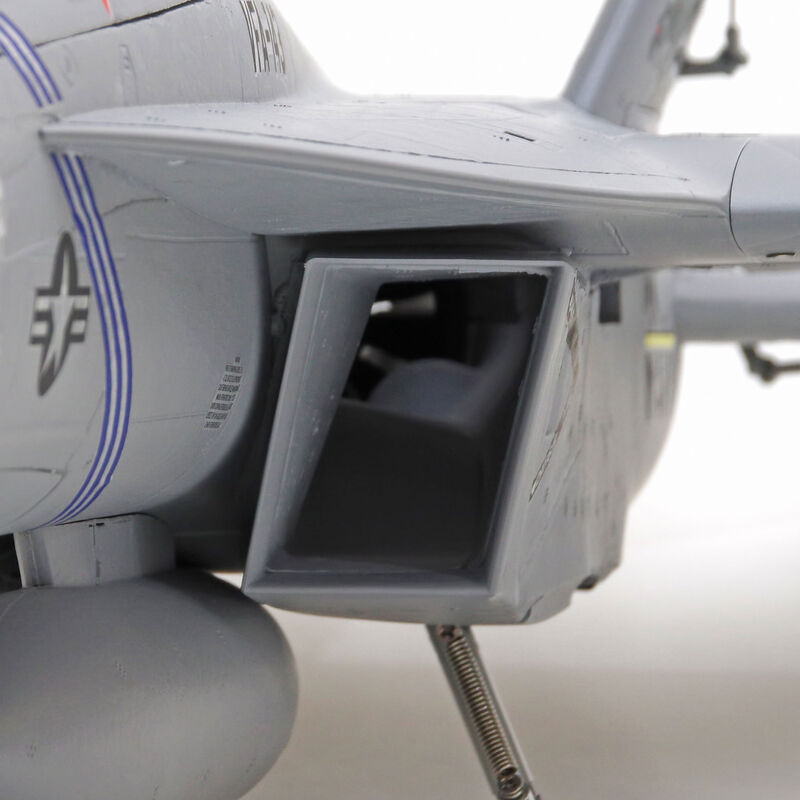 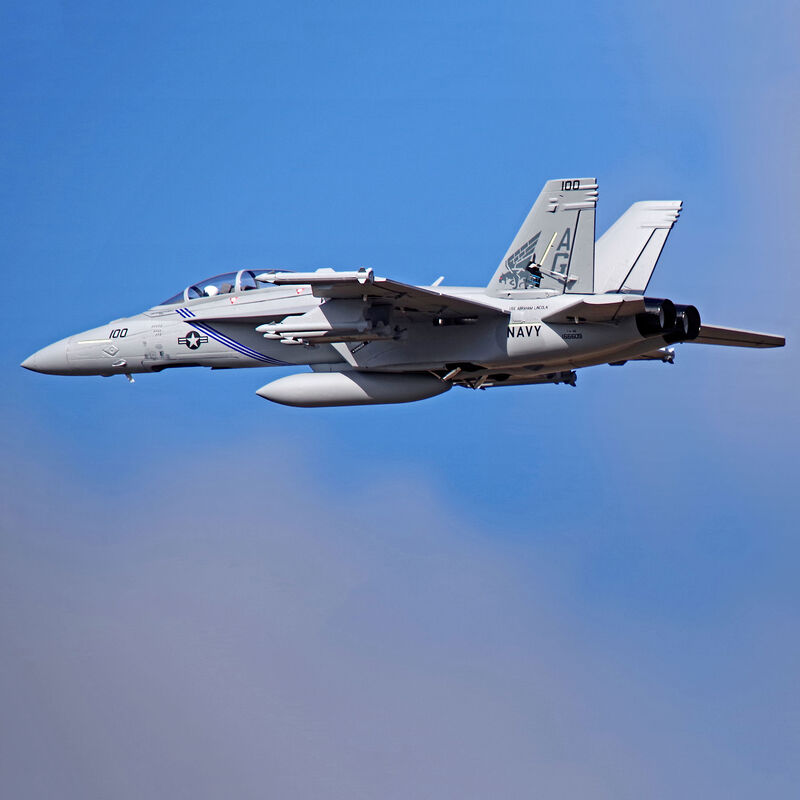 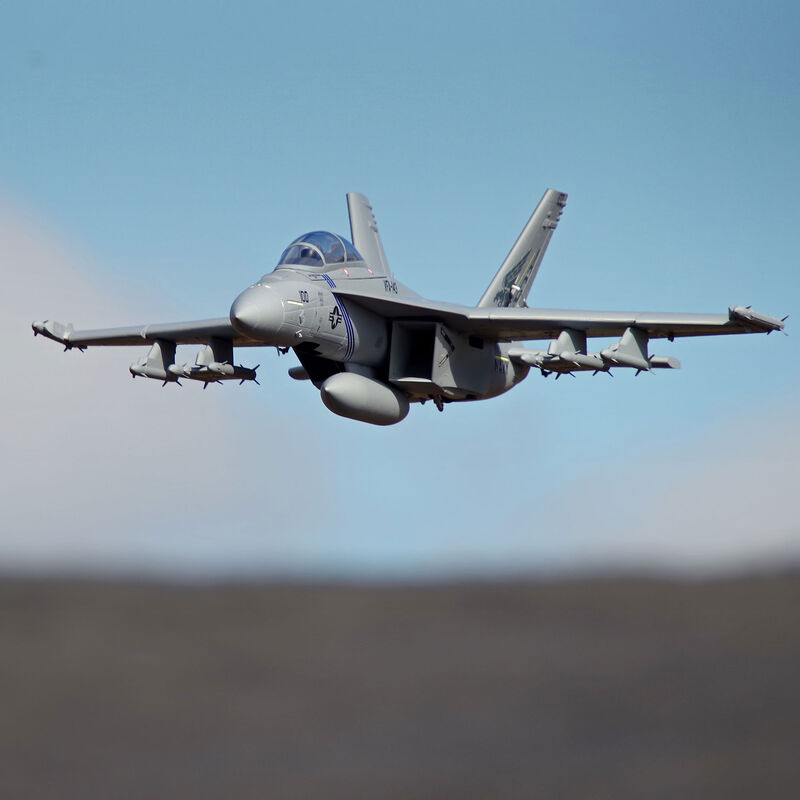 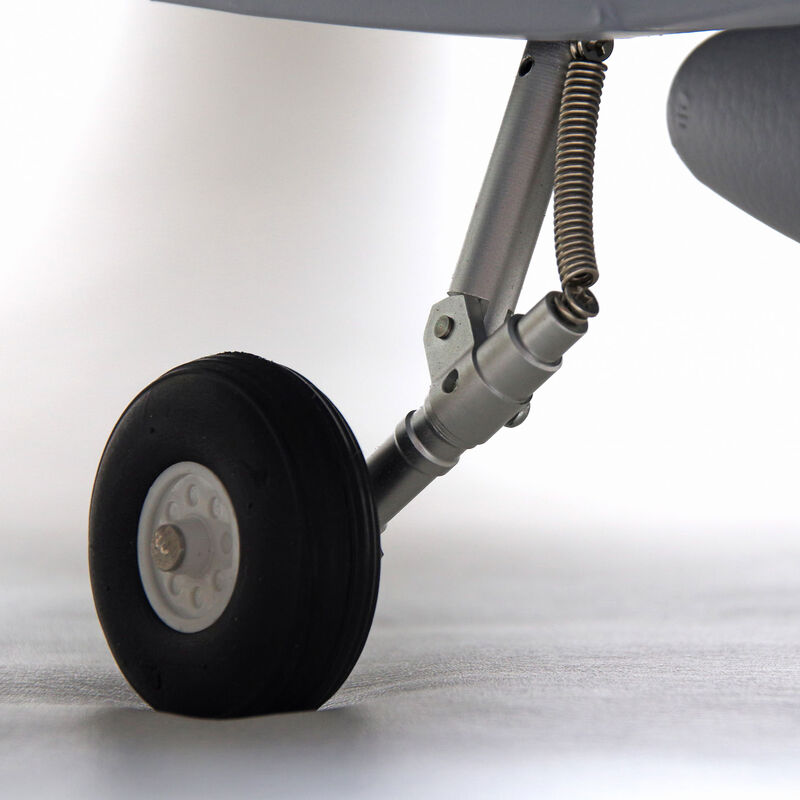 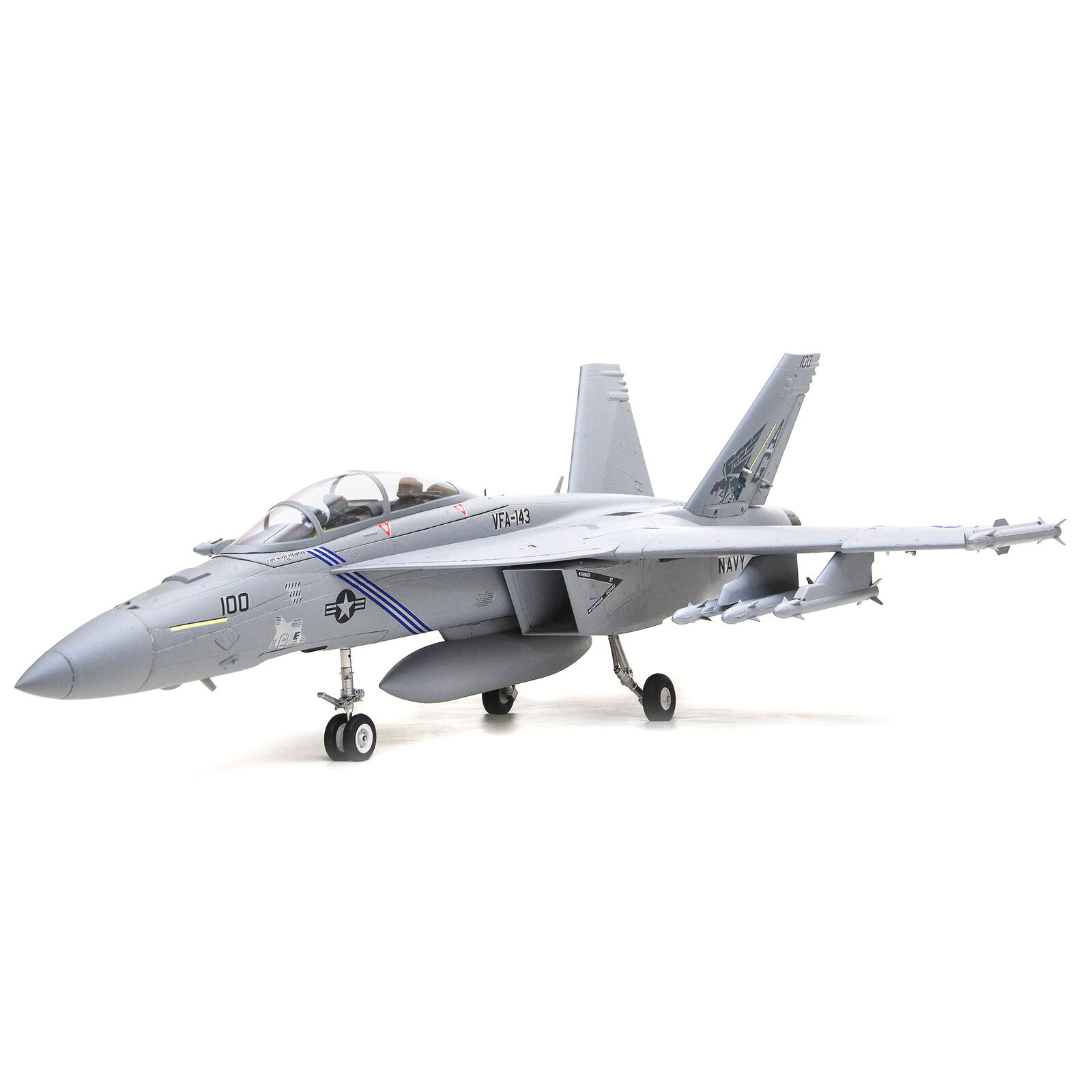 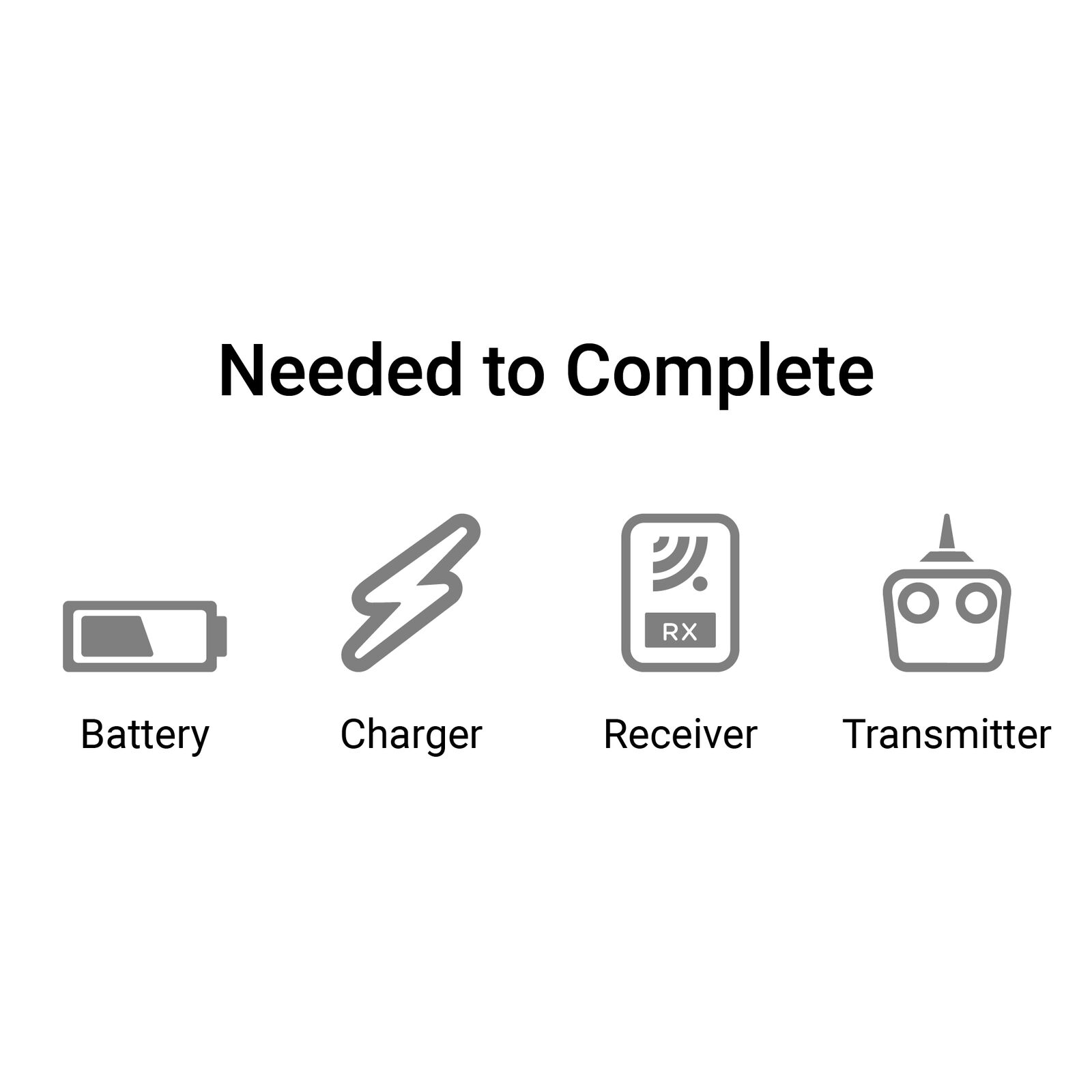 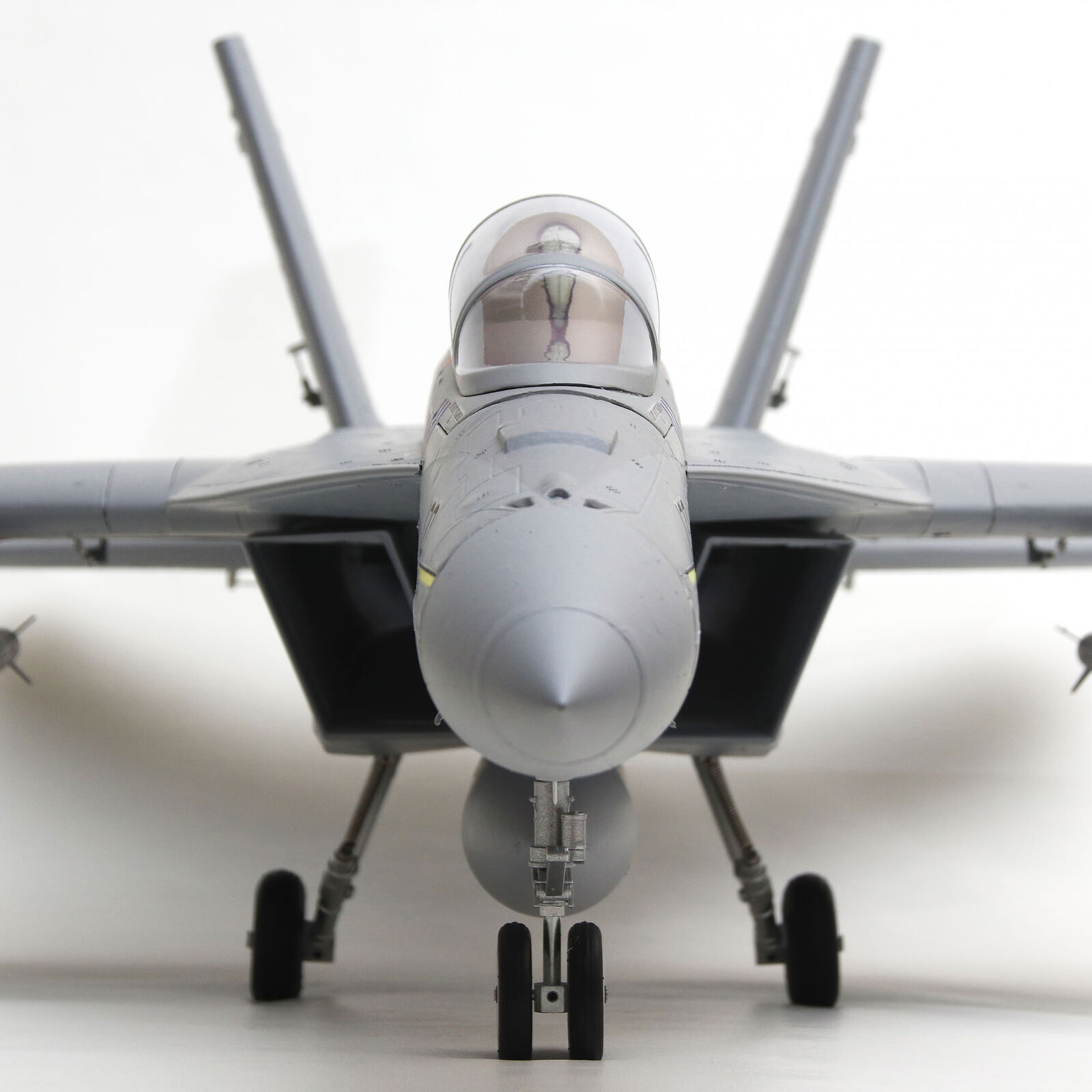 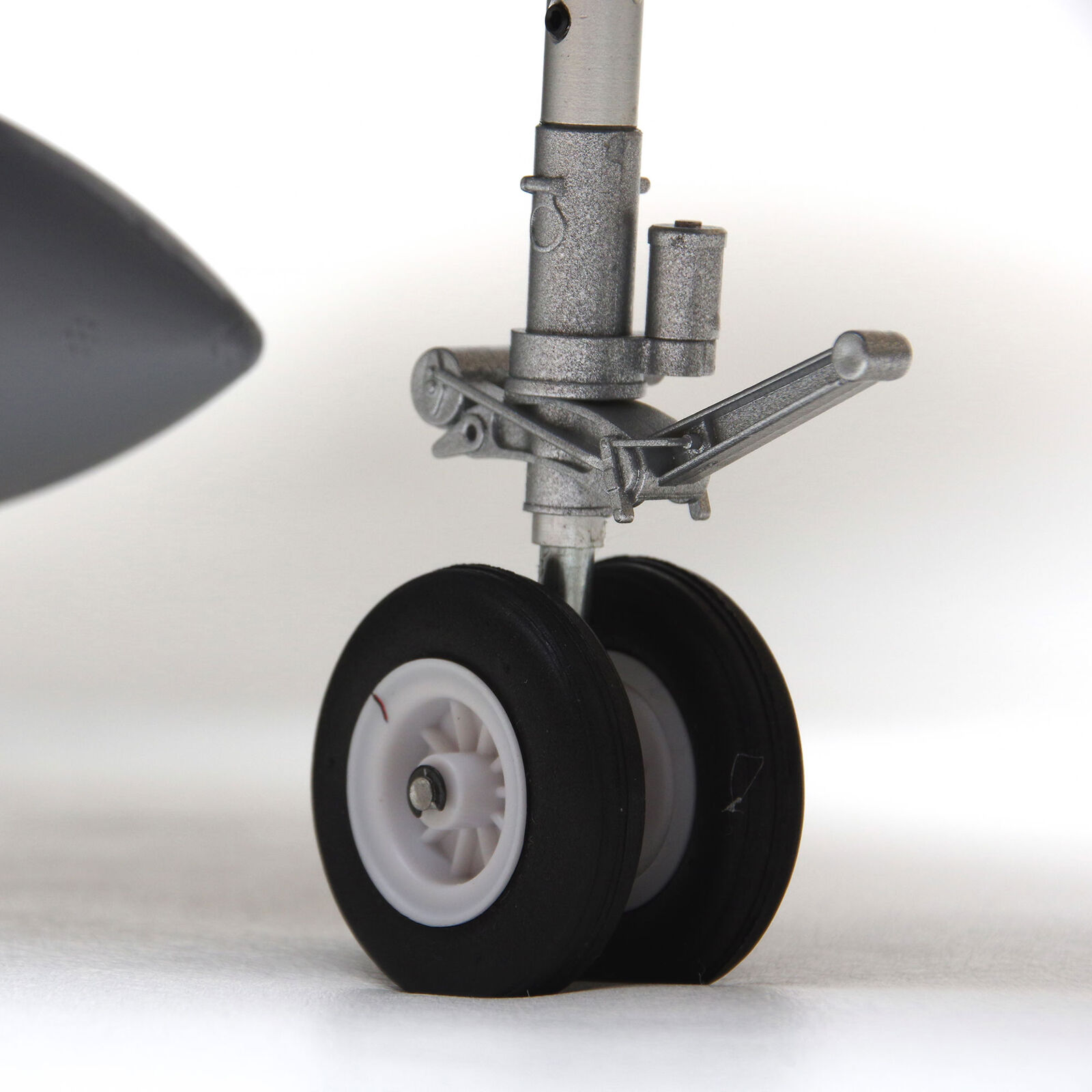 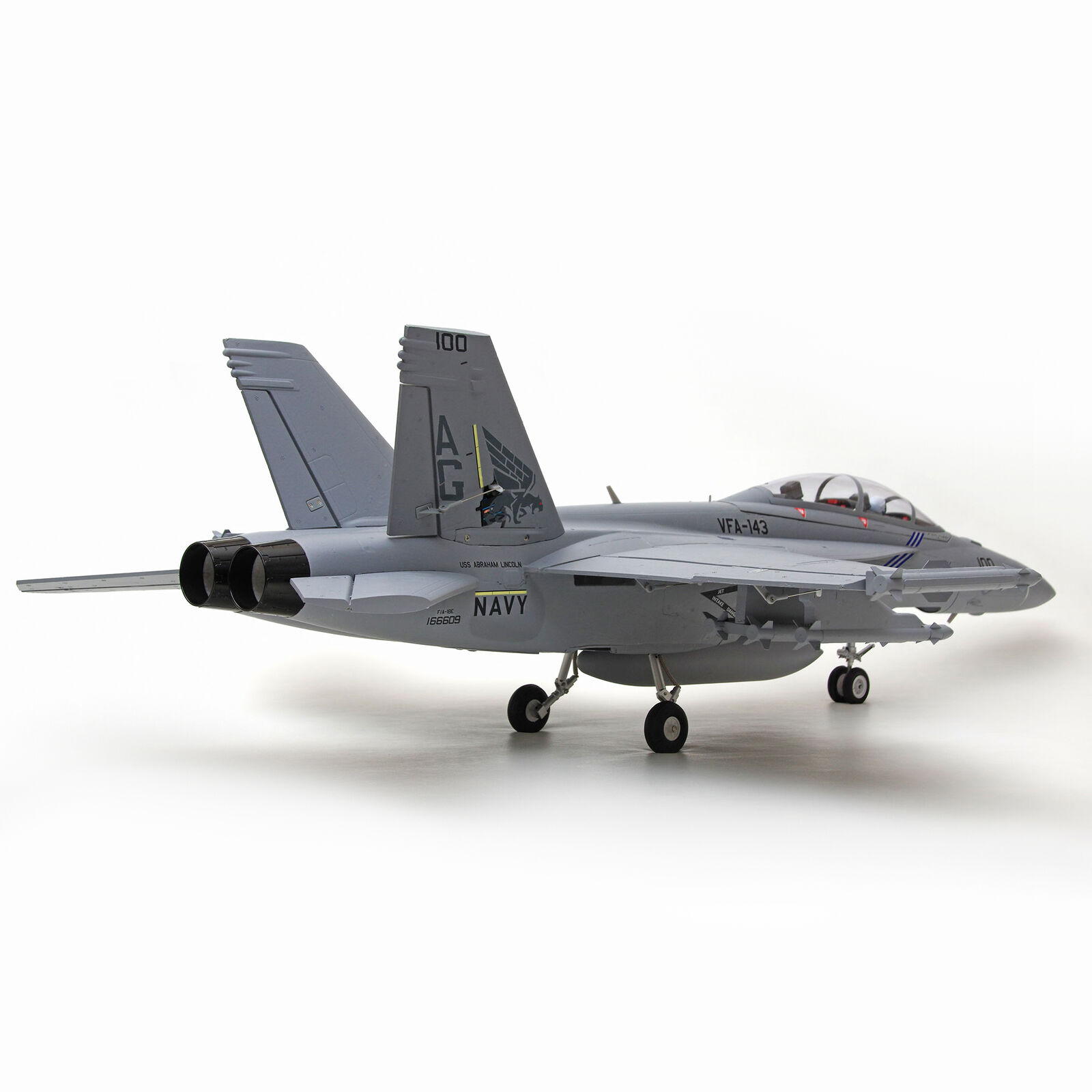 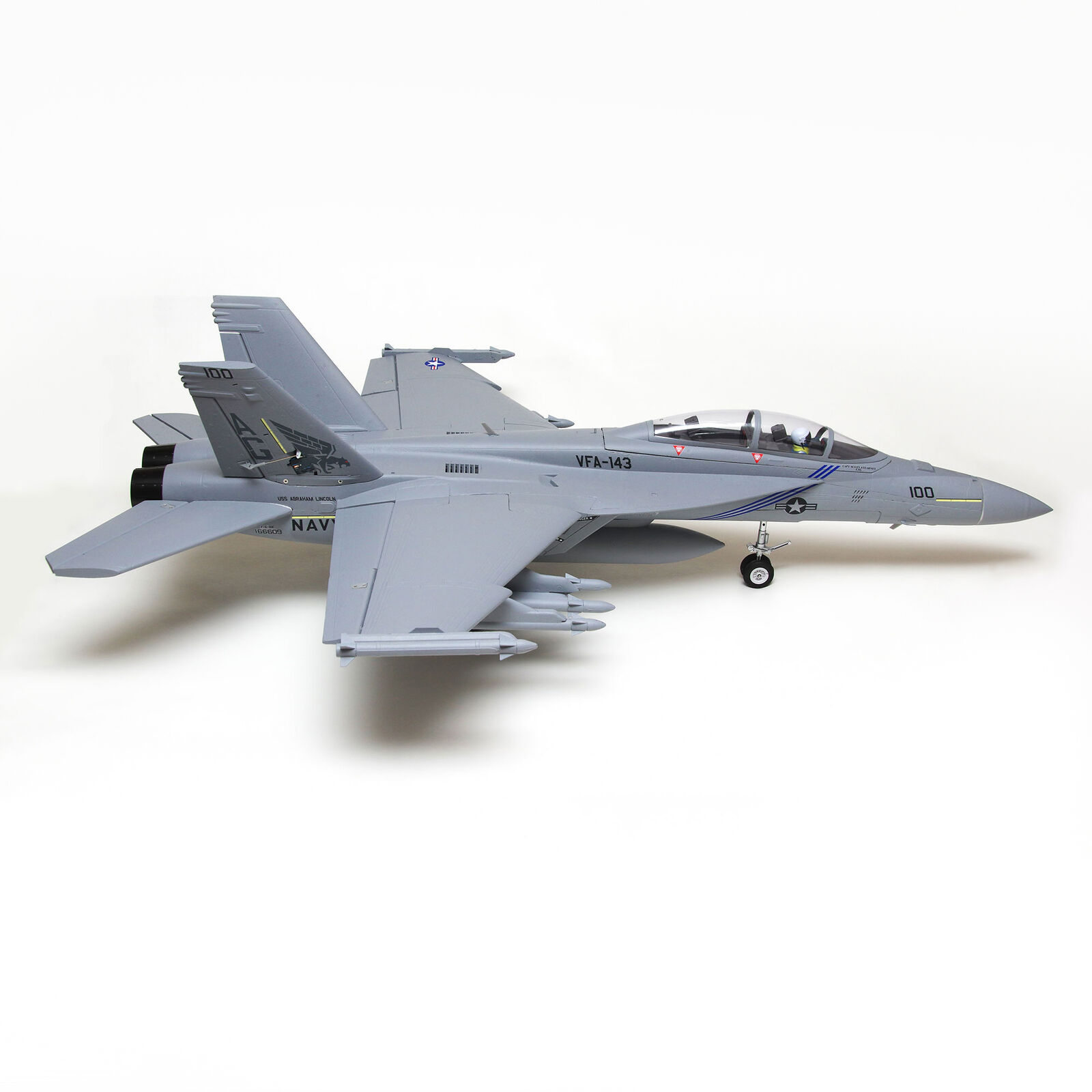 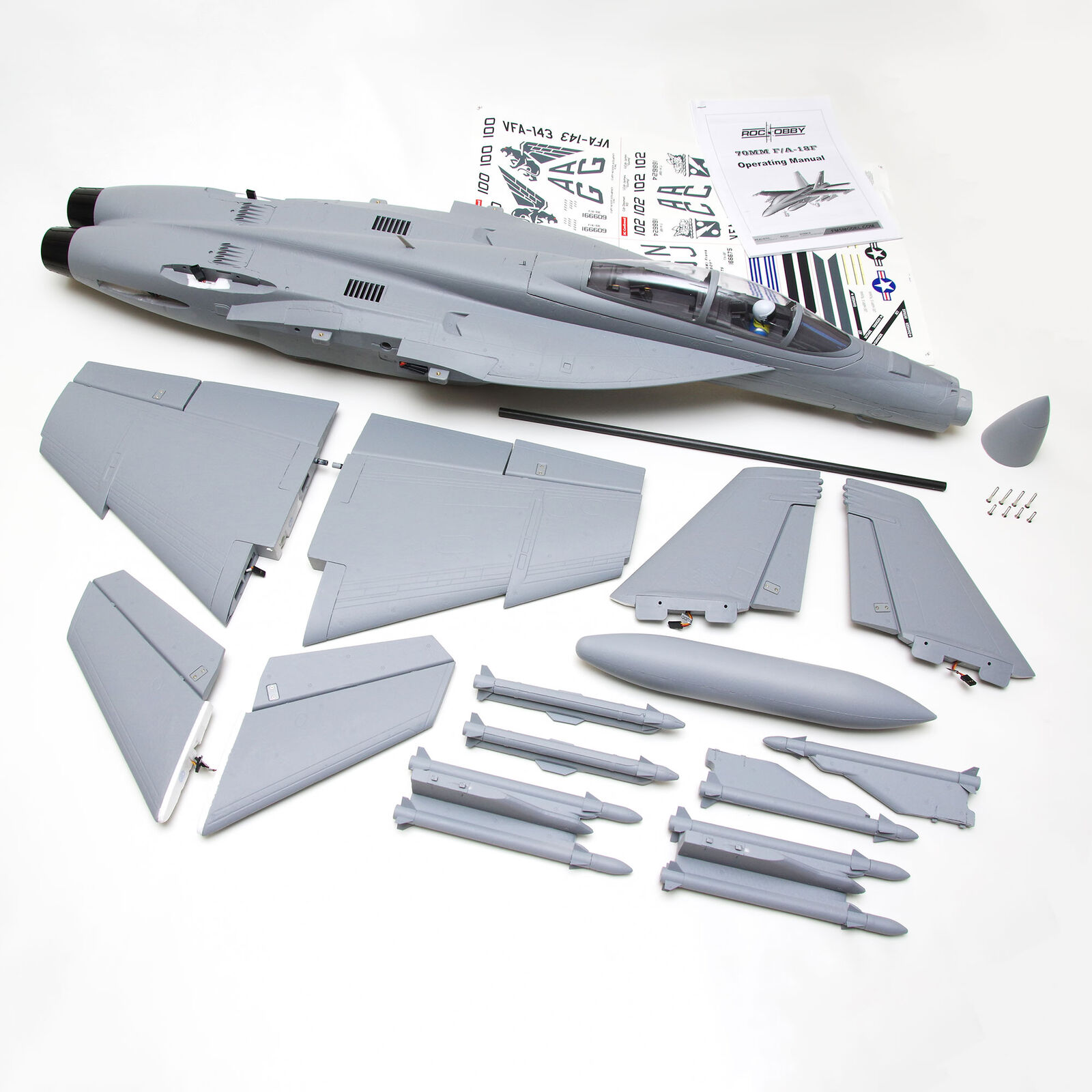 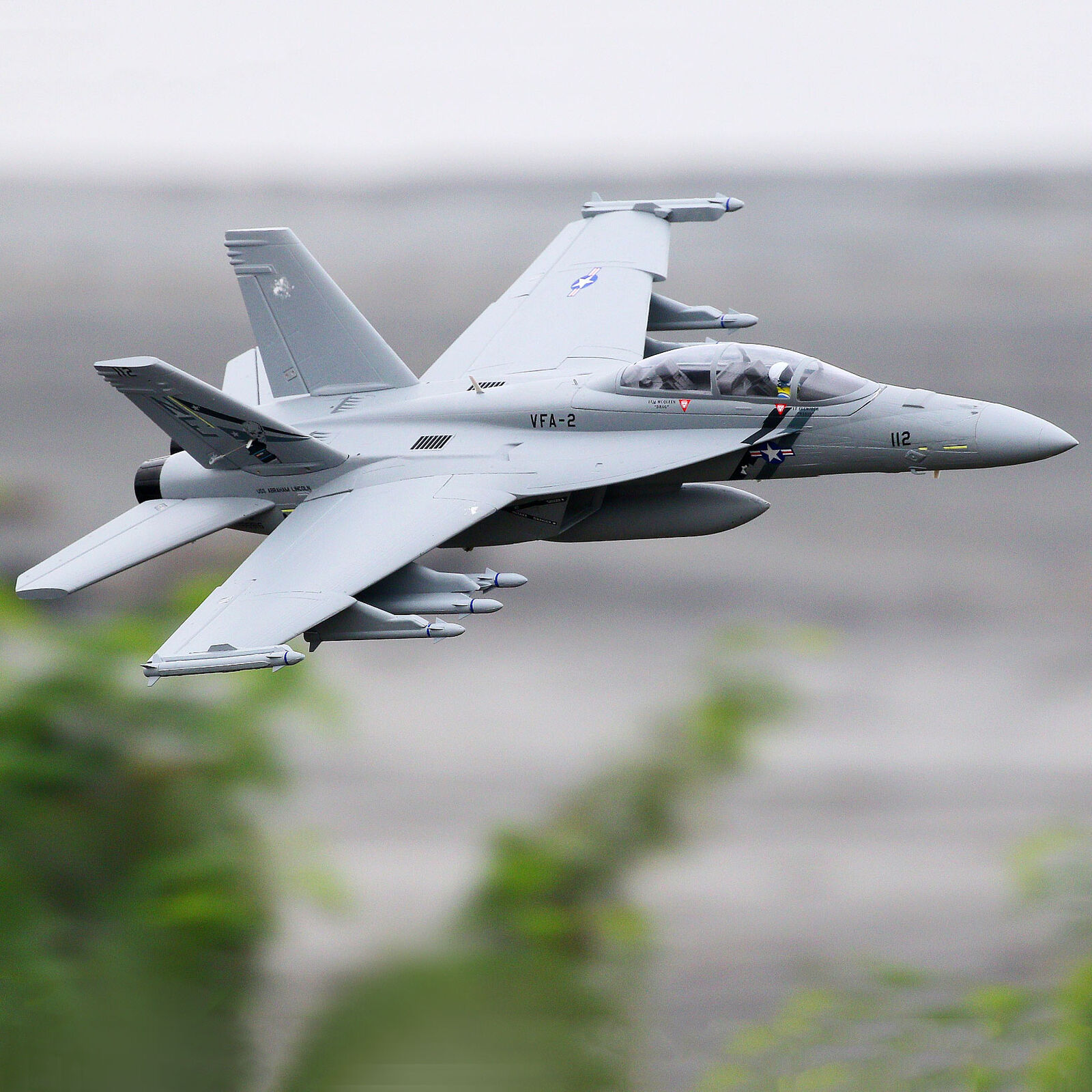 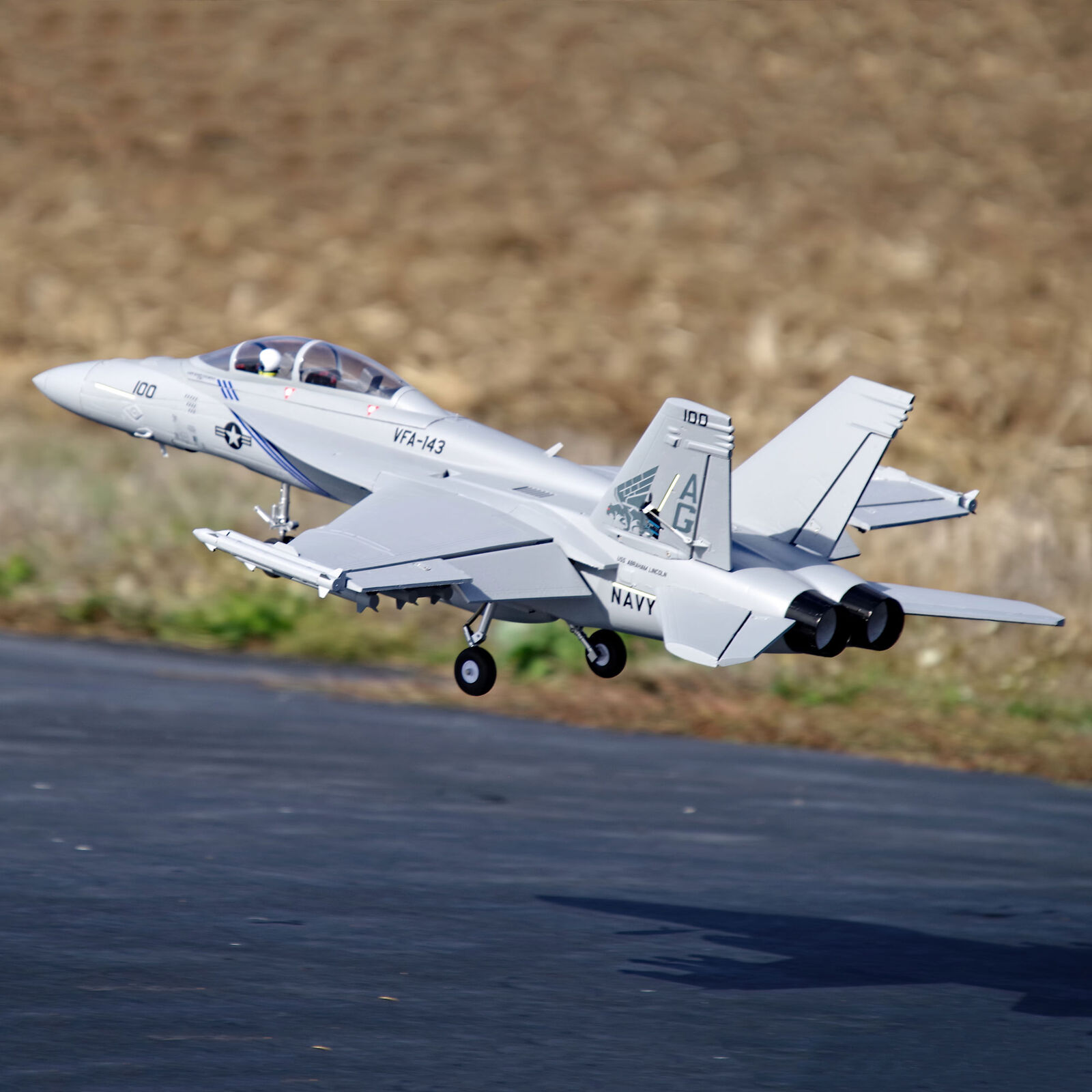 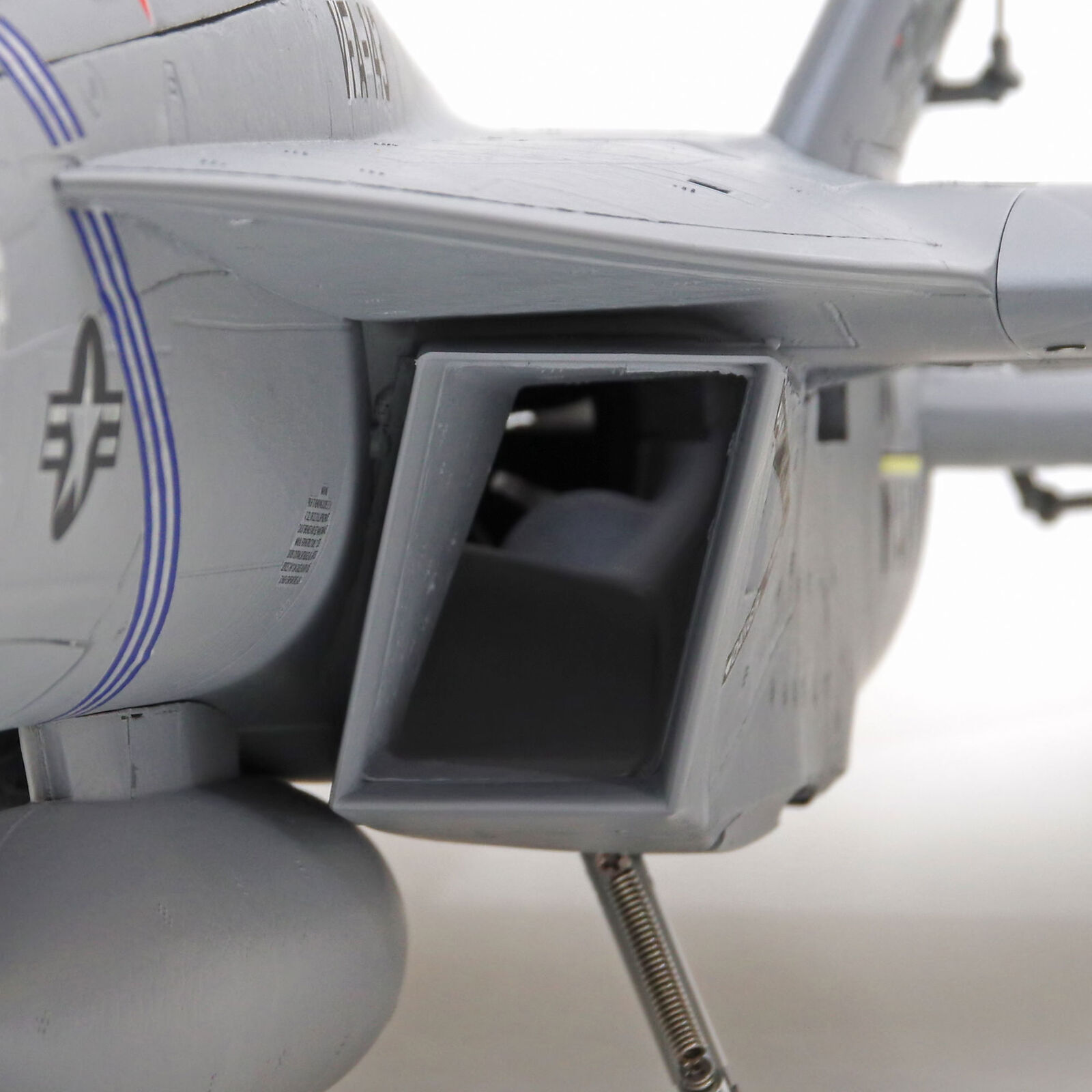 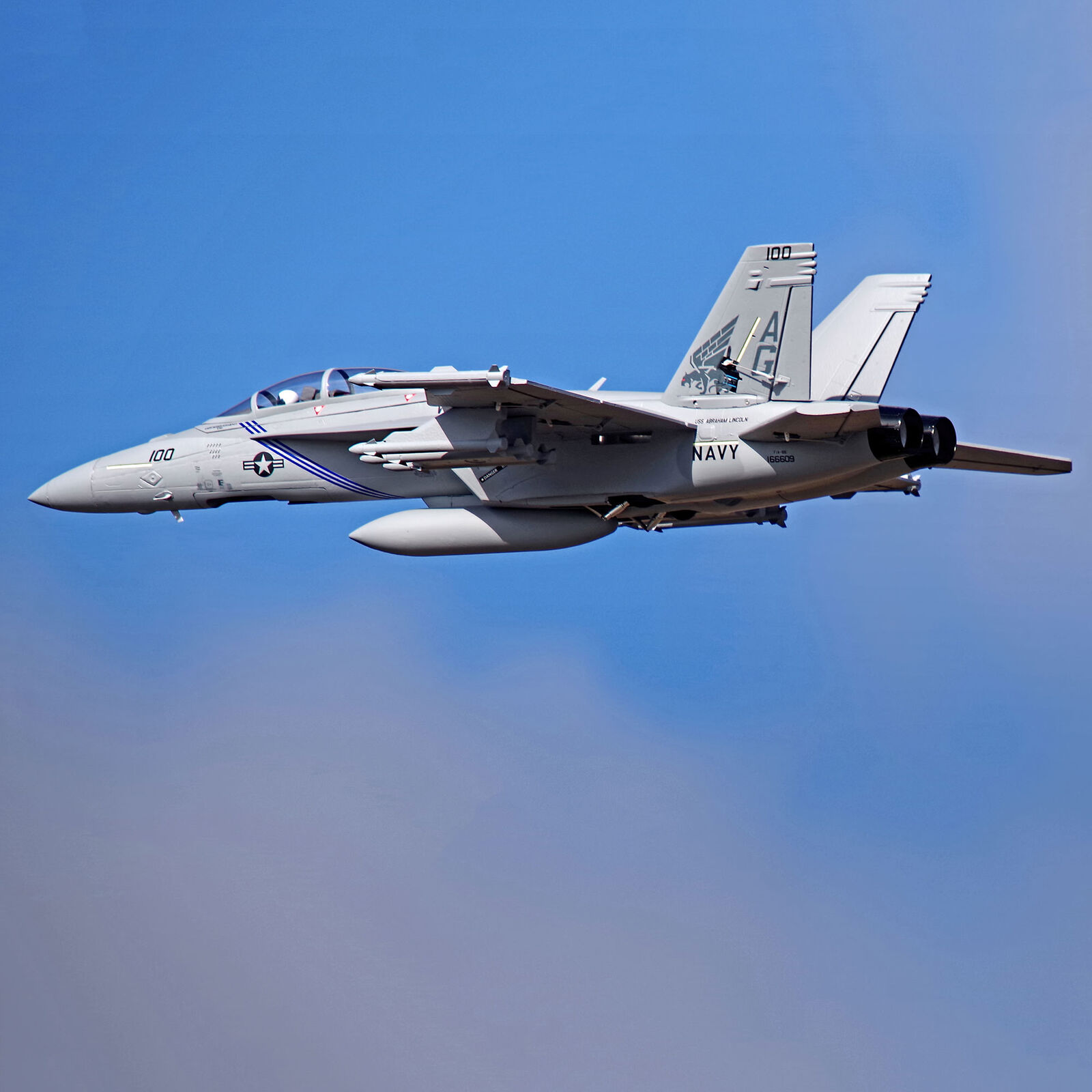 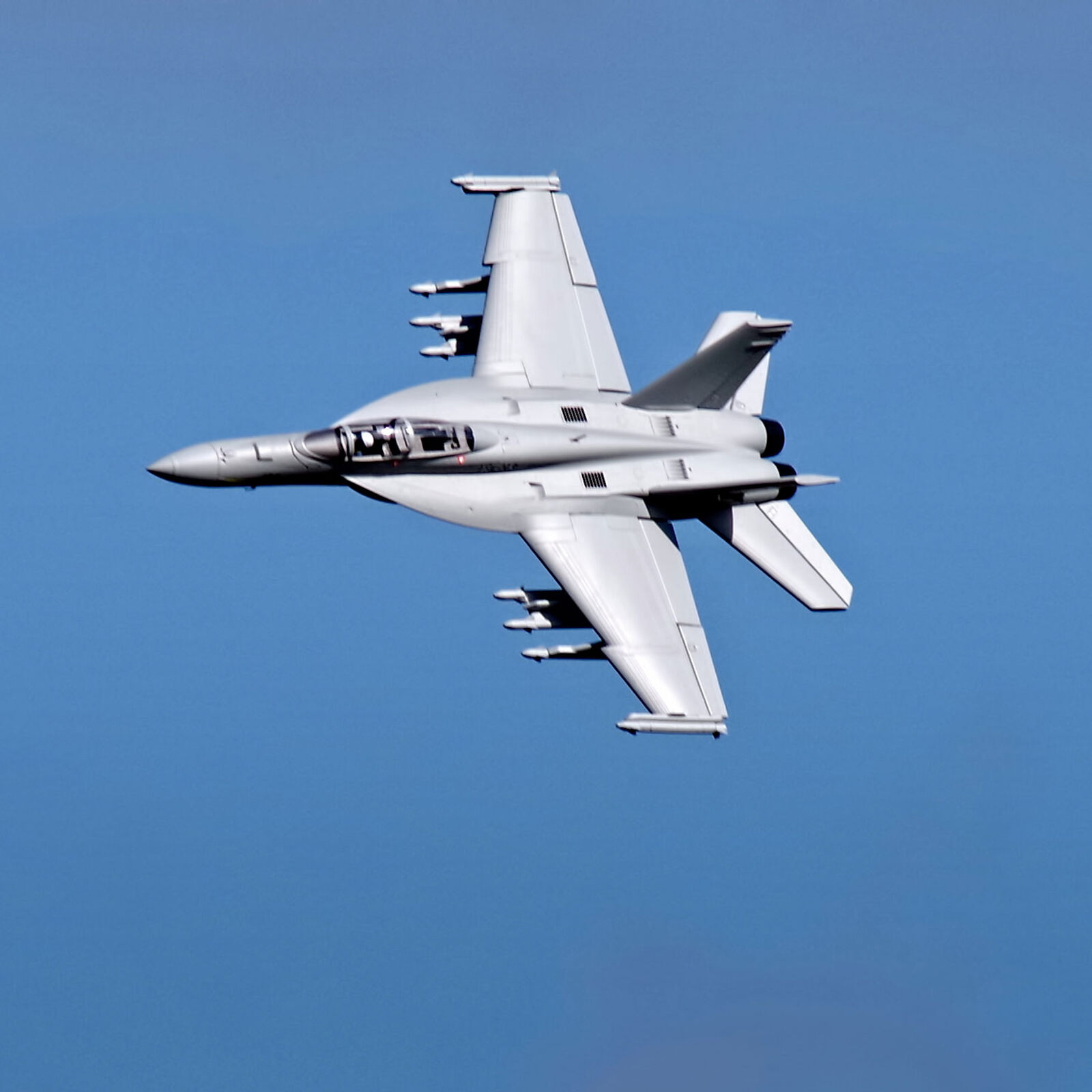 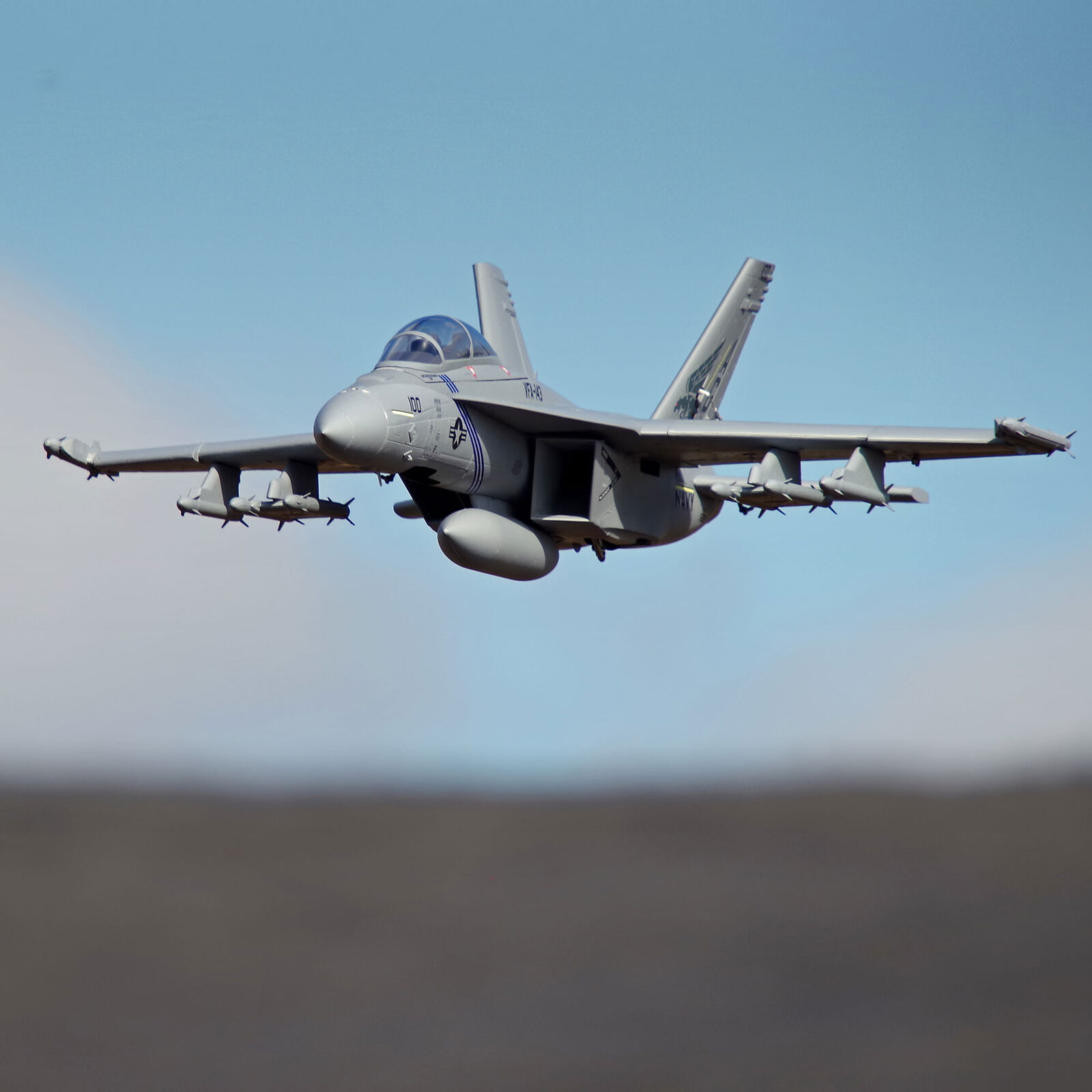 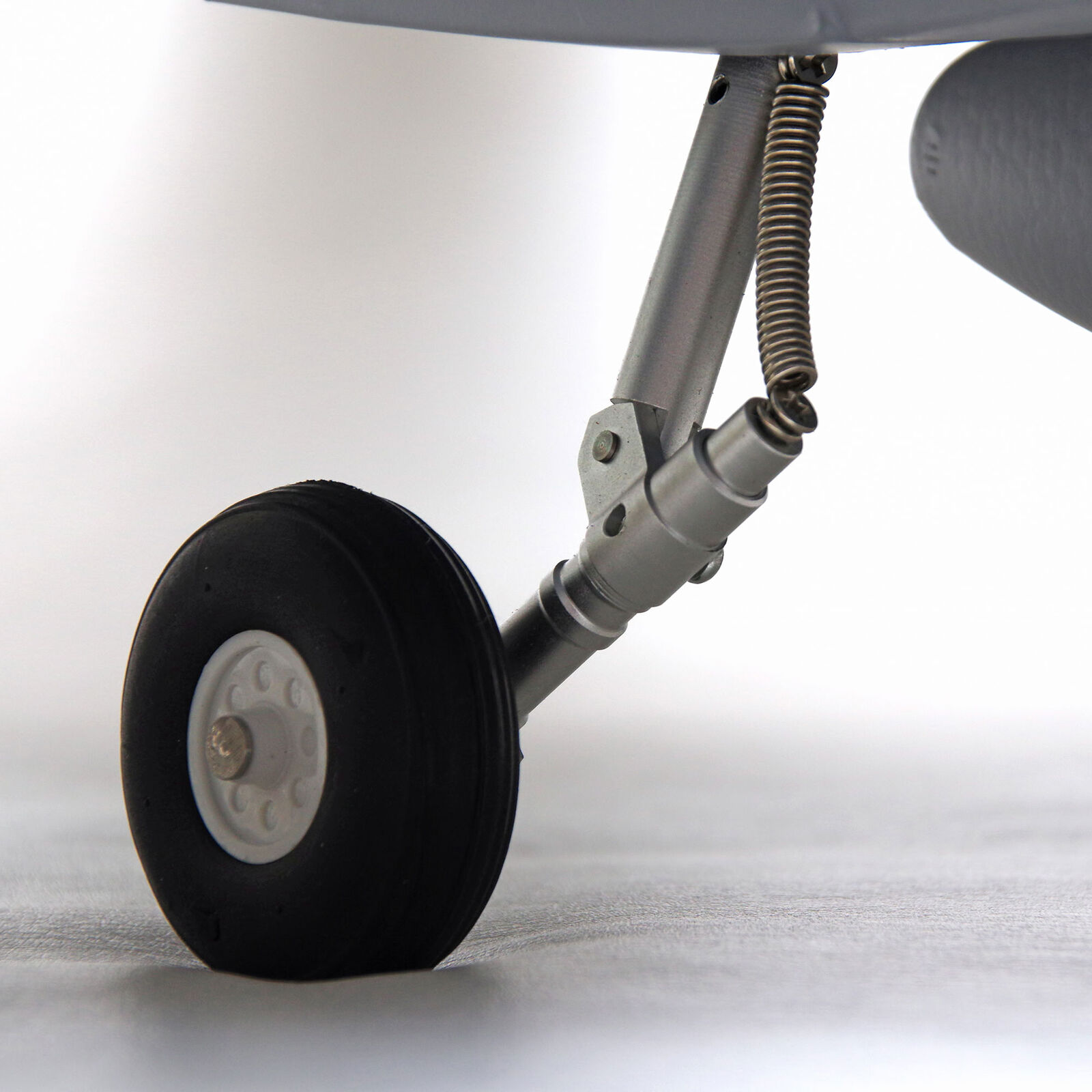 The F/A-18F Super Hornet is a tandem-seat, carrier-capable, multirole fighter and attack aircraft based on the proven McDonnell Douglas F/A-18 Hornet. The Super Hornet first flew in 1995 and entered service with the United States Navy in 1999 as the replacement for the aging Grumman F-14 Tomcat.

The FMS 70mm F/A-18F Super Hornet PNP is a highly detailed EDF replica with stunning detail. Based on the popular FMS 64mm F/A-18 Hornet, this 70mm Super Hornet version features rich details from tip to tail and the kind of crisp lines only larger models can offer.

Electric retracts and flaps are already installed, plus there’s the option of flying with our without the simulated missiles and fuel tank. Incorporating many advanced construction and optimized assembly features such as screw-mounted components, plug-in wings and pre-installed ball links, this Super Hornet is a quick build.

A unique combination of basic materials makes this airplane fantastic. EPO foam construction ensures durability while environmentally friendly water-based paint provides an outstanding, vibrant finish. Other high-end features include CNC-machined shock-absorbing landing gear and a button-type canopy hatch. Four decal sets are included so that you can make a presence at the flight line that’s distinctive.