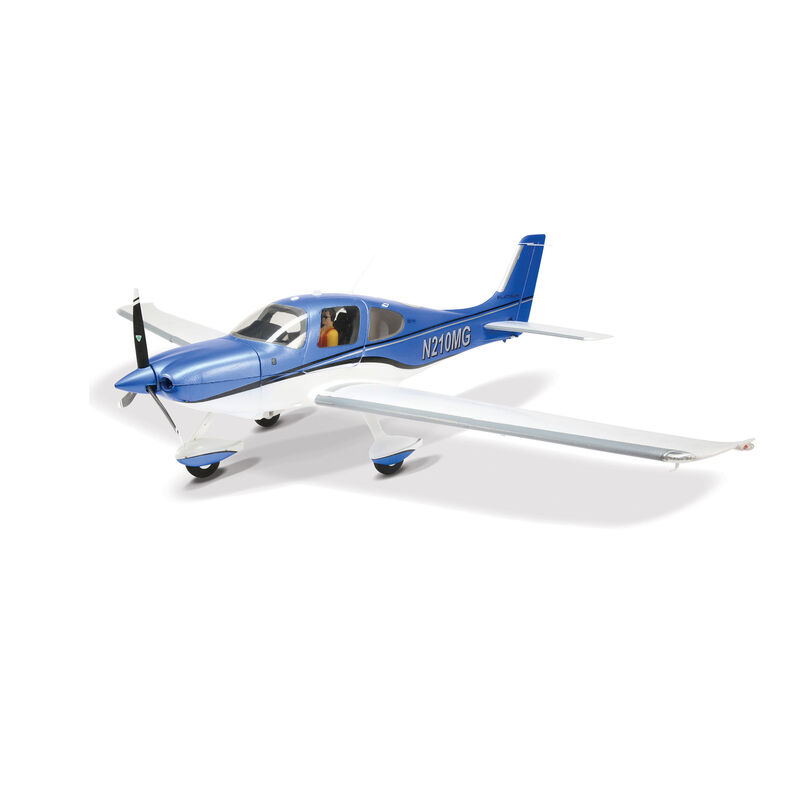 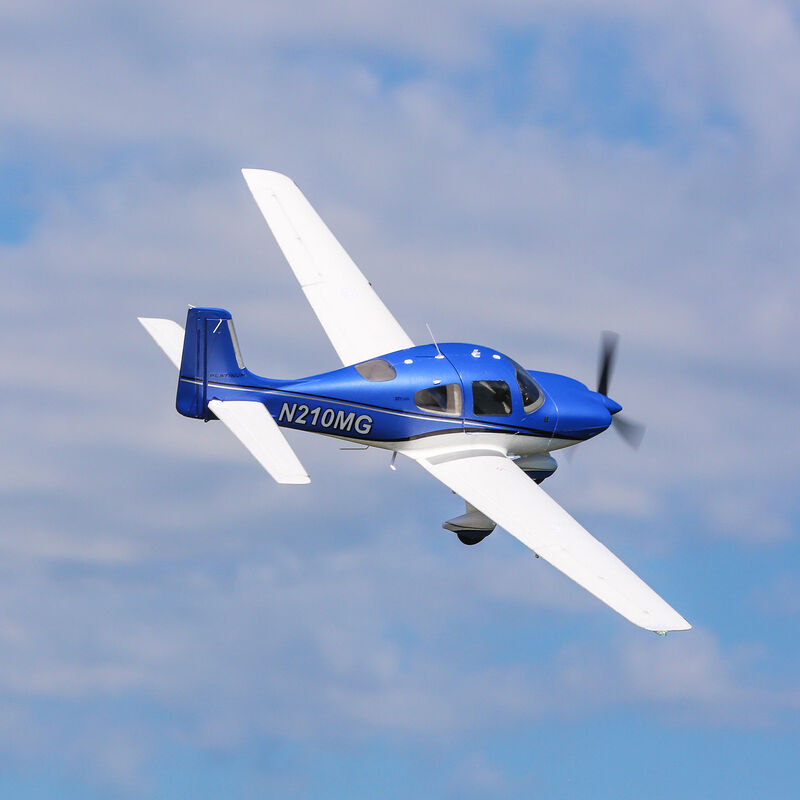 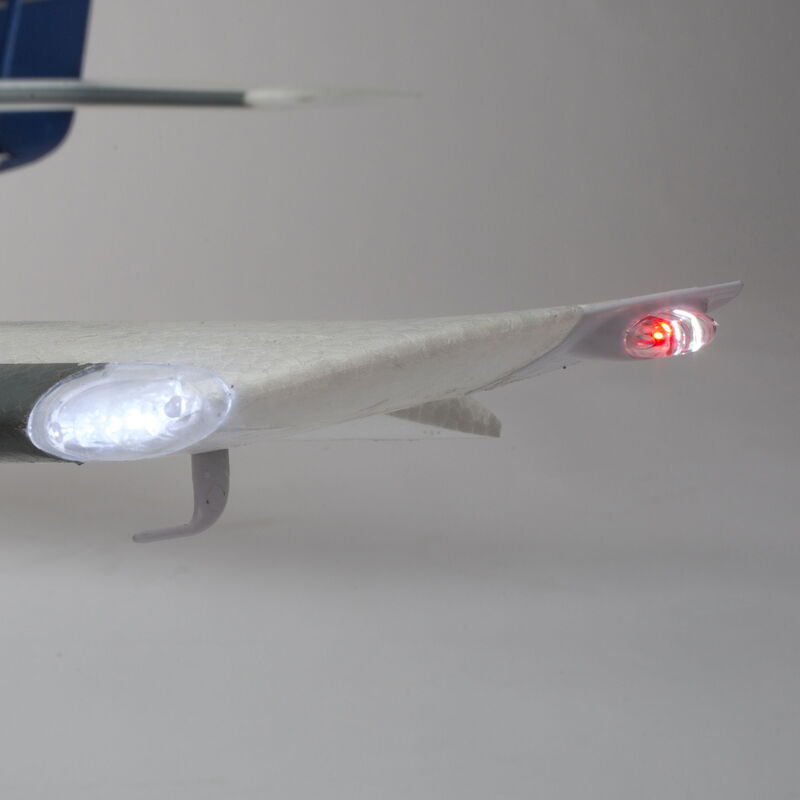 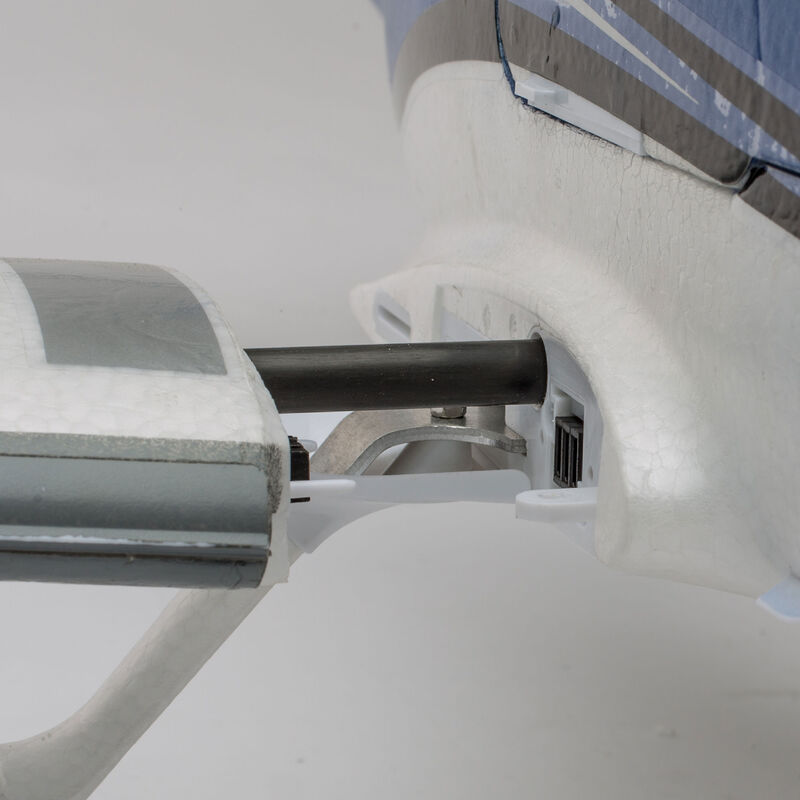 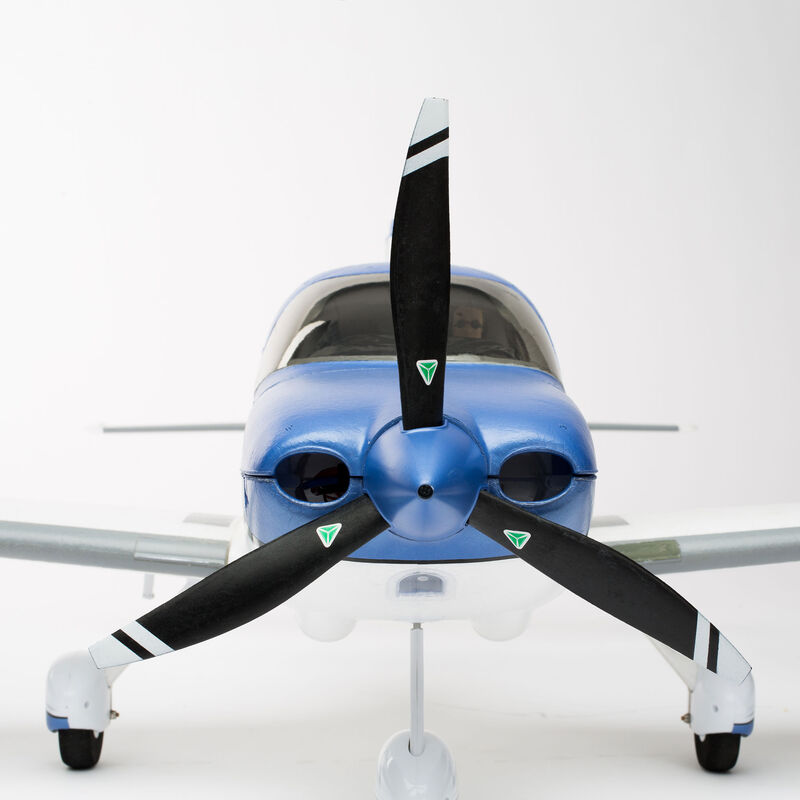 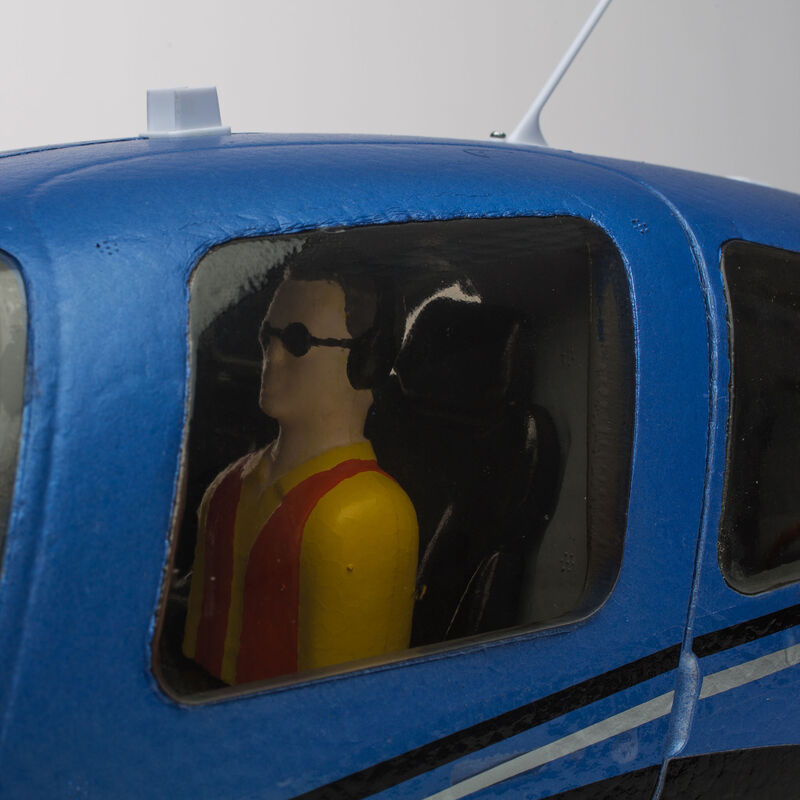 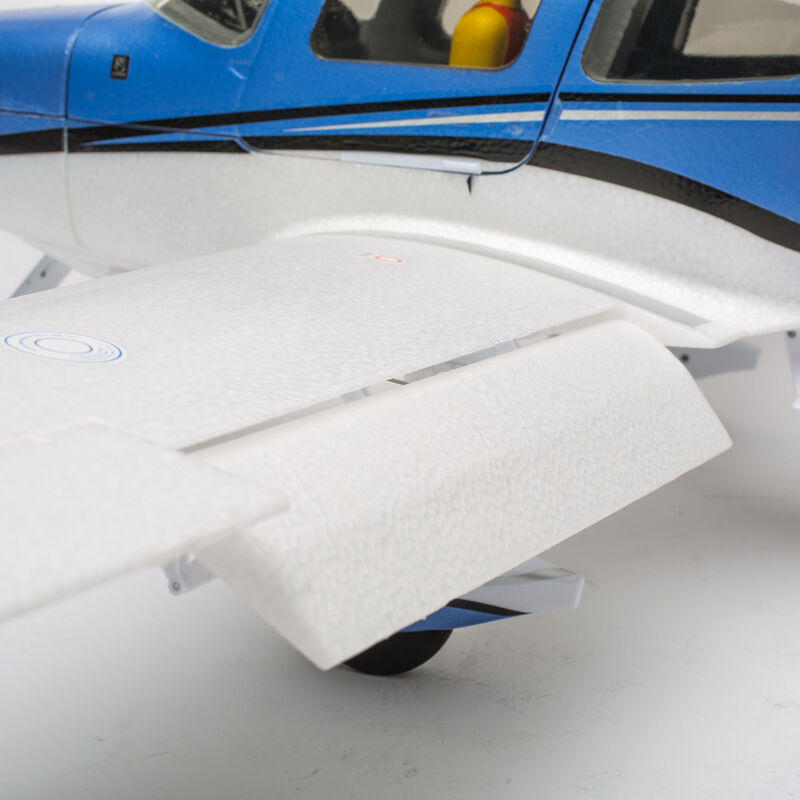 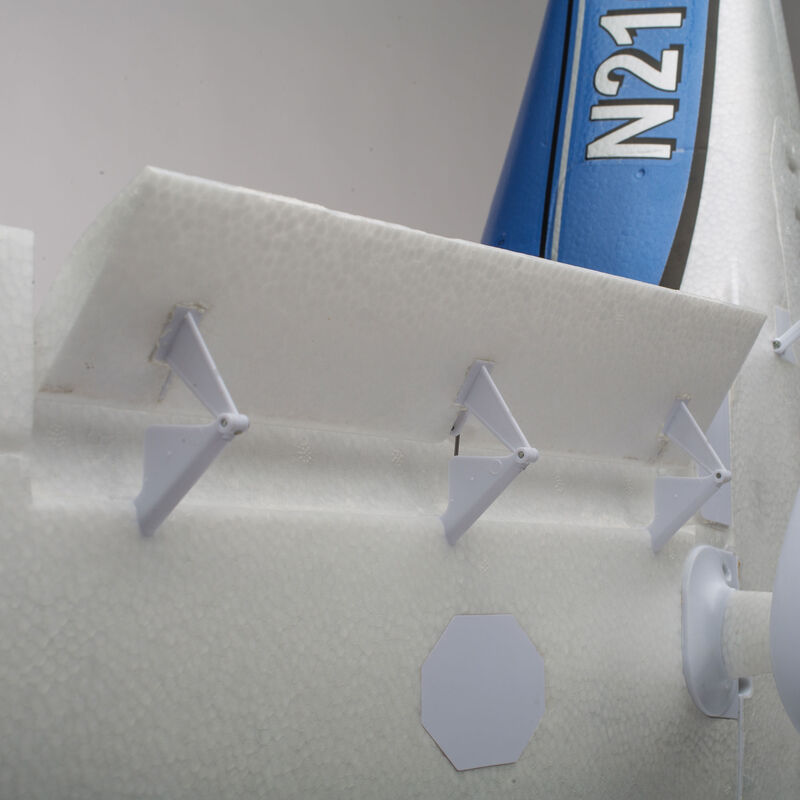 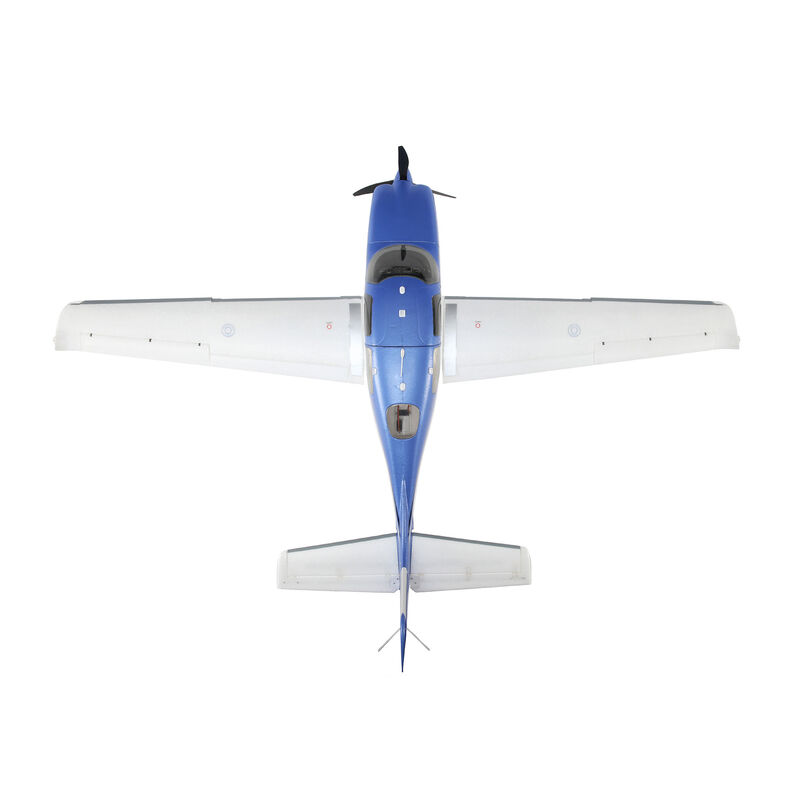 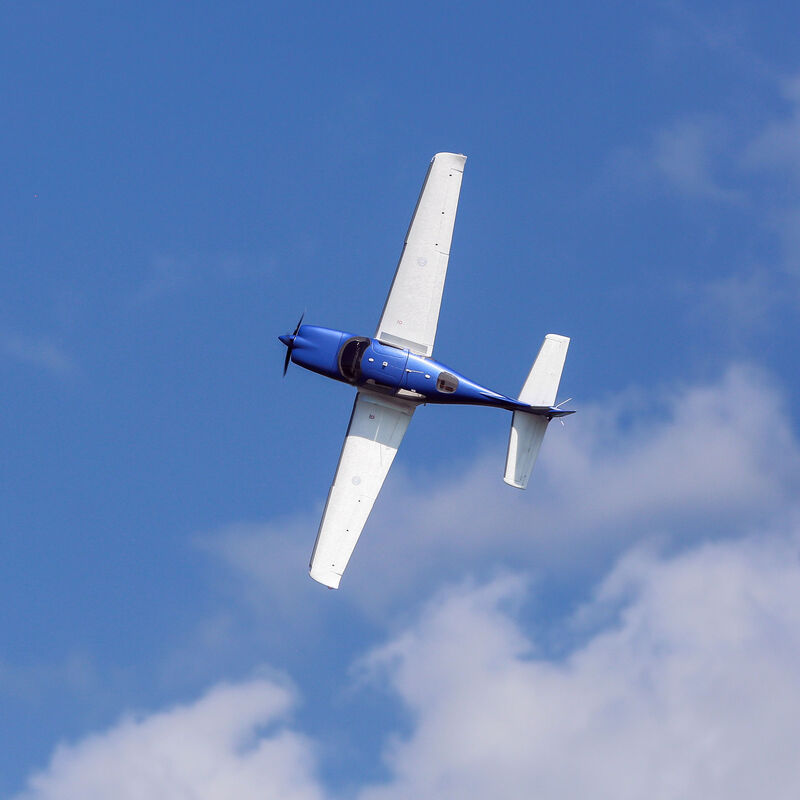 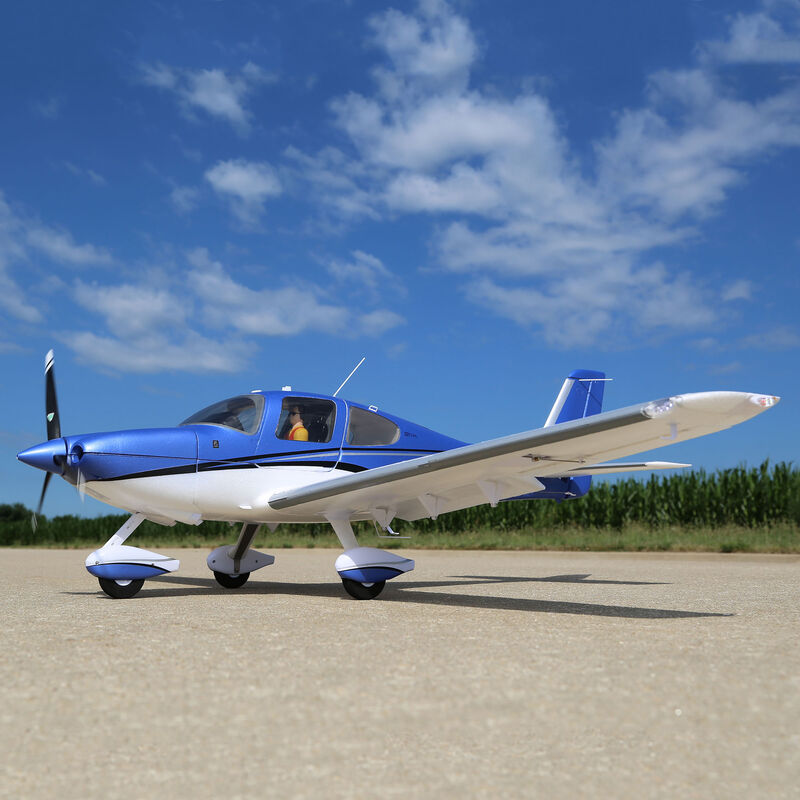 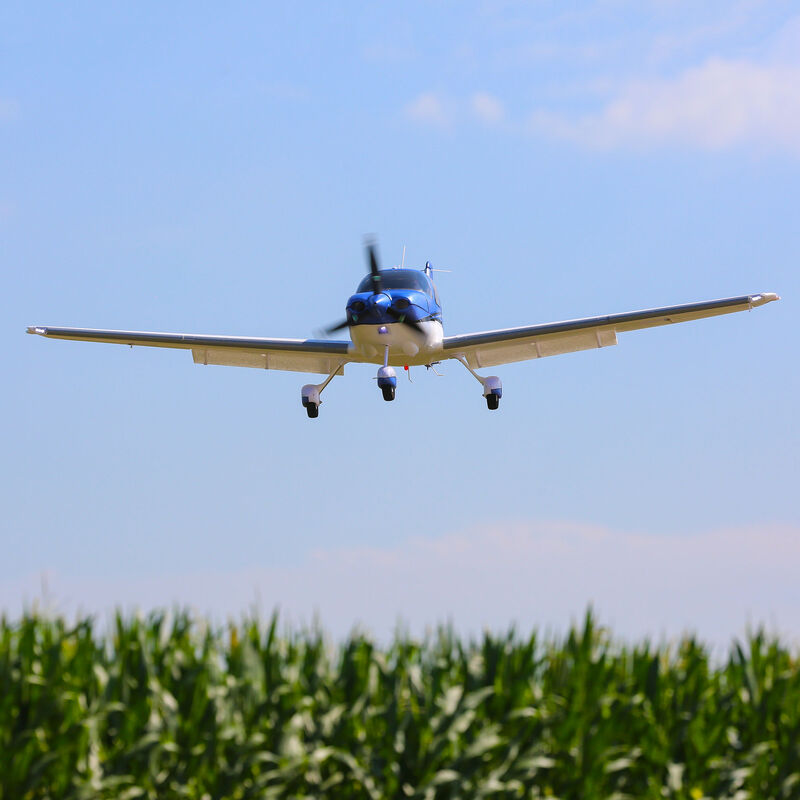 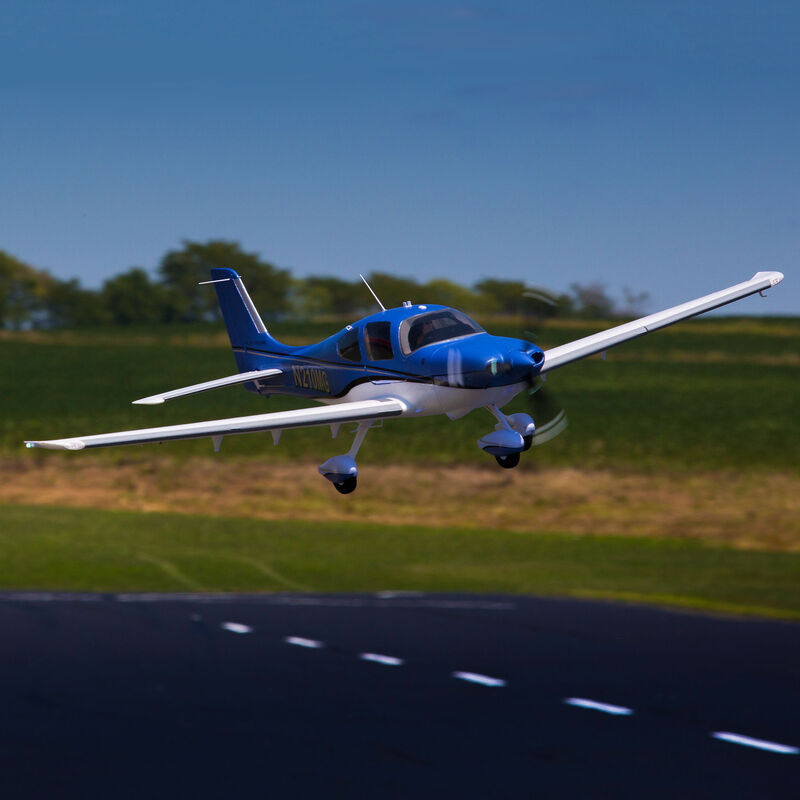 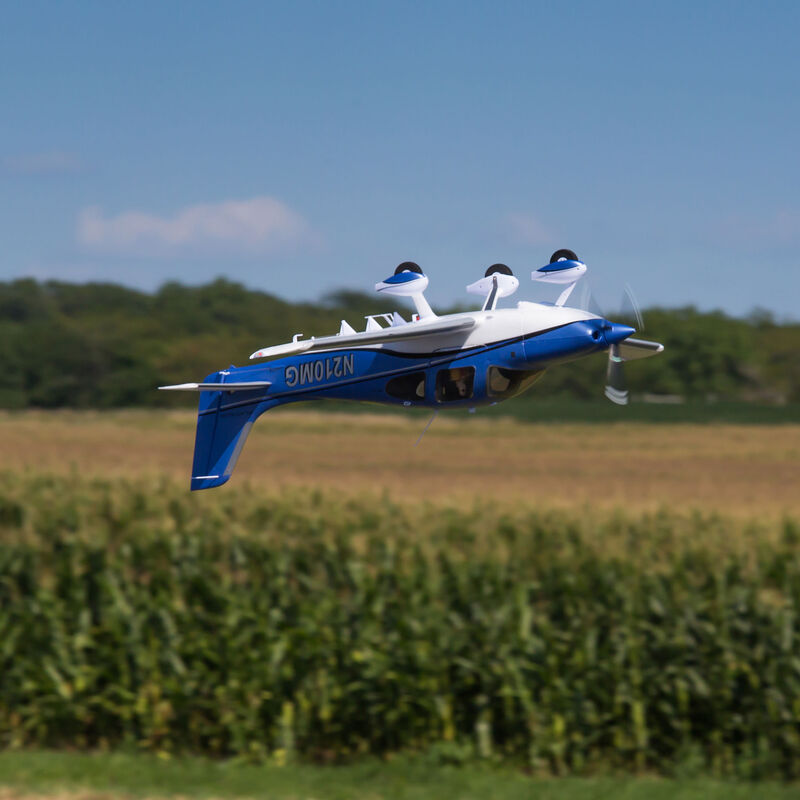 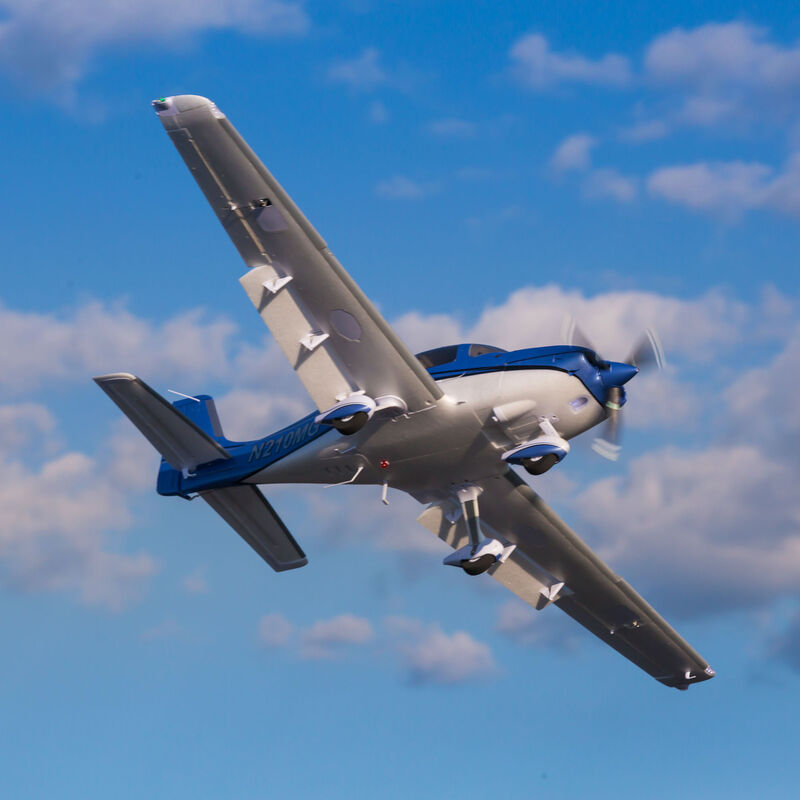 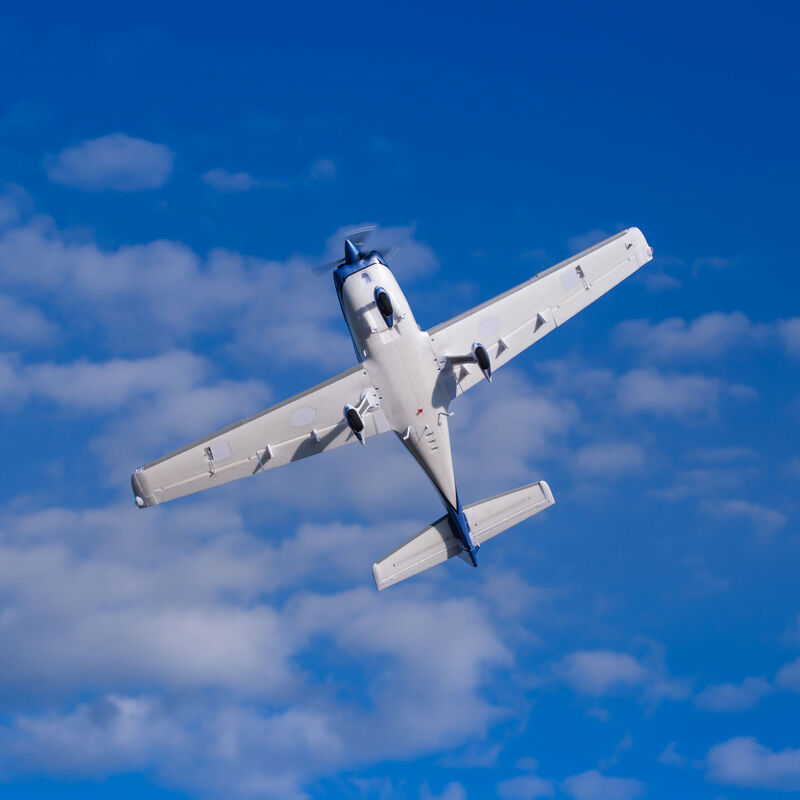 Share
The link to Cirrus SR22T 1.5m BNF Basic has been copied
|

Cirrus Aircraft has blazed a trail for the future of single-engine aircraft by developing modern safety, performance and amenity standards pilots crave. Generation 6 of their SR22T carries on the innovation hot-streak. As a result, more pilots can consider personal air travel the practical everyday commuting solution predicted by technology experts decades ago. The E-flite® Cirrus SR22T 1.5m park flyer is an officially licensed replica inspired by the original to deliver rich detail and a host of modern functional features that make scale flight an uncompromised thrill ride for more RC pilots than ever before.

The E-flite® Cirrus SR22T 1.5m celebrates the general aviation marvel with a scale model that's easy to appreciate and fun to fly for a wide range of pilots. Like the full-scale airplane, this officially licensed E-flite replica is generously appointed with features that will get you in the air and flying in style. The two-piece, plug-in wing is equipped with slotted flaps, lights and a convenient Hands-Free Servo Connection System. Functional interior cabin and exterior navigation LED lighting combine with its modern trim scheme for authenticity that's easy to appreciate from any angle. Rugged tricycle landing gear and steerable nose gear utilize over-size wheels to make takeoffs and landings on grass fields or paved surfaces seem effortless while matching fairings and wheel pants complete the luxurious outline. Tinted cabin windows, a pilot figure and detailed cockpit take the scale experience even deeper. Plus, the powerful brushless motor and three-blade propeller deliver plenty of power to perform scale maneuvers and sport aerobatics with ease. 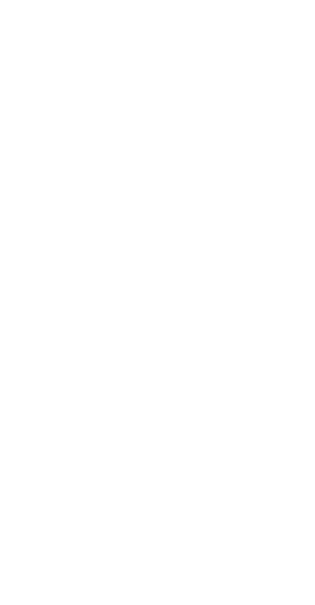 The model's AS3X (Artificial Stabilization – 3-aXis) receiver that works behind the scenes to smooth out the effects of wind and turbulence. The result is a sense of stability and precision that makes you feel like you’re flying a larger and expertly tuned aircraft.

If you're a relatively new pilot or want an extra margin of safety while familiarizing yourself with the airplane, you can enable the optional SAFE Select technology built into the receiver. No programming is required. Simply change up the binding sequence as directed in the manual.

If you don’t want to enable the SAFE Select features, just bind the receiver normally and it will function like a standard AS3X receiver. 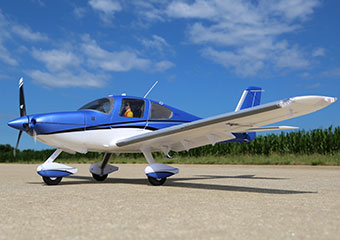 The beautifully contoured airframe is equipped with an abundance of scale detail including handles, steps, removable antennas and more. 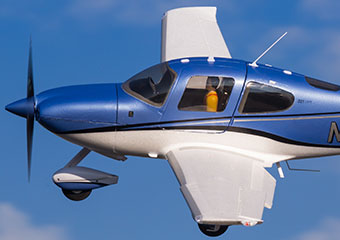 Out of the box, assembly is quick with a minimal number of screws. At the field, the innovative Hands-Free Servo Connection System makes installing and removing the plug-in wing panels a breeze. Easy access to the flight battery is through the large, magnetically-secured top hatch. 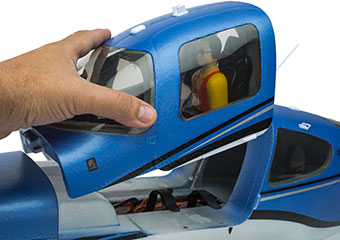 The power system features a 10-size brushless outrunner motor, 40-amp ESC and scale three-blade propeller that combine with your 3S 2200–3000mAh Li-Po battery to deliver ample speed and thrust to perform scale maneuvers and even sport aerobatics with authority. 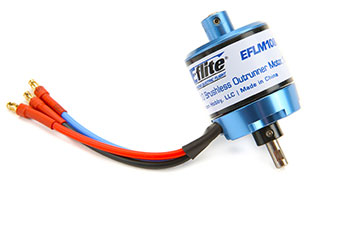 As an E-flite Bind-N-Fly Basic RC replica, you can enjoy air superiority in no time at all. Final assembly is minimal and can be complete in about the time it takes to charge your battery. 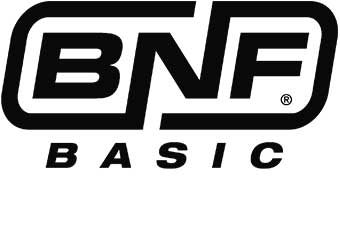 Powered by
4.3 star rating 39 Reviews
0 Questions \ 0 Answers
ask a question
write a review
(24) (8) (4) (2) (1)
Show all reviews
ask a question
write a review
Thank you for posting a review!
We value your input. Share your review so everyone else can enjoy it too.
share
share
share
Thank you for posting a review!
Your review was sent successfully and is now waiting for our staff to publish it.
Thank you for posting a question!
Please click on the link in the confirmation email we just sent you to submit your question.
Your question will appear on the site once someone answers it.
write a review
ask a question
Updating Results
Verified Reviewer
0.0 star rating
09/20/20
Review by Anonymous User
On
share ' Share Review by Anonymous User facebook facebook Share Review by Anonymous User twitter twitter Share Review by Anonymous User LinkedIn linkedin Share Review by Anonymous User
09/20/20
Was this review helpful? 0 0
T
This N. 5.0 star rating
08/21/18
Fly scale or aerobatics!
Review by This N. on 21 Aug 2018 review stating Fly scale or aerobatics!
I have had the plane almost a month now. This is one of the best flying planes I have owned. It tracks through the sky effortlessly and does not need the speed a full scale cirrus requires for flight. You can rip through aerobatics or fly scale all day long. I would recommend using a coat of Min-wax water based poly cote to protect the paint. It does wear rather quickly with no protection. The only issue I ran into with the plane is what appeared to be bad winding on the motor which cause it to start losing power to the prop. I contacted tech support and they sent a new motor out to me. This is one of my new favorite planes and looks incredible in the sky. 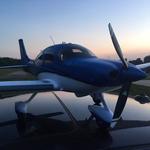 On Cirrus SR22T 1.5m BNF Basic
share ' Share Review by This N. on 21 Aug 2018 facebook facebook Share Review by This N. on 21 Aug 2018 twitter twitter Share Review by This N. on 21 Aug 2018 LinkedIn linkedin Share Review by This N. on 21 Aug 2018
08/21/18
Was this review helpful? 1 0
Slideshow
Slide controls
Loading...
Powered by
C
Chad D. 5.0 star rating
06/25/18
Amazing
Review by Chad D. on 25 Jun 2018 review stating Amazing
When I first took it out of the box, the hatch over the motor was way out of whack. Someone at the factory went glue happy and filled in the left hole with the rubbery white stuff enough to keep the pin out of it. Once I removed all the glue, it sat fine. It went together easy enough. I was surprised when I loosened the nut on the collet. Nothing else loosened up until I unscrewed the prop too. I don't remember any of my previous planes needing me to unscrew the prop. Once it was on, it wasn't coming off. I wasn't sure what to do with the ESC. It just sort of floats over the RX. There are spaces on the sides of the battery tray is could fit into. Do not slide it in there. ESCs need airflow. It's not really a big deal leaving it out unless you like a clean battery bay. I might clean the battery area up in the future. I did like that I didn't have to mess with wires on the wings. They attached very fast. I hope they do that style of plug system more often.

I bound with SAFE on and surprised that the switch was the opposite of some of the smaller planes I enabled SAFE on to train new pilots with. I liked that having the switch in the default position had SAFE off, so I left it. I also needed to reverse my flaps channel so that my gear switch had the flaps up when all the way up. Someone one at the field who bought the Commander MPD had the same issue. The manual says nothing about reversing a channel. I did have to adjust the rudder and nose wheel a little to get them trimmed. That is very easy to do with a screw driver in the bottom hatch on the Cirrus.

First flight was great. It rolled about 20 feet in the tall grass (without flaps) before shooting up. I took it up high and started doing slow turns until it stalled. It eventually did. It only dropped about 10 feet before it recovered, so not bad. I brought it down and kept doing low passes after that. With the scale details and clear windows, I enjoyed watching it glide by over and over again. I joined a second club with a field that has trees to the left and a hill to the right. My other club has nothing around it. I'm still getting used to dropping on over the trees for a landing. There was no wind to slow me down and I came it pretty hot. I ended rolling pretty far down the grass runway. But while taxiing back and I had a lot of control with that front wheel on the trike set up.

Flight 2 I used flaps for take off and landing and it was much more controlled. It was taking off in 10 to 15 feet and stopping much faster. I did some big loops, inverted passes and circles, and rolls fine. Flight 3 was more of the same. All 3 flights were on high rates with SAFE off. If you slow down on a climb, you can get a decent stall turn.

Despite the few minor things I noticed during setup, I like flying it a lot. It is a beautiful foam model. You can yank and bank with it or do some nice flat turns. No matter what I did, everything was smooth and controlled. Even the stall I forced on it. I tested that because I am going to let some new pilots try it....eventually. The first two flights I used 3S 2200 50c batteries and the 3rd one was a 3S 3000 30c. I kept the flights to 4 minutes each and went home happy. 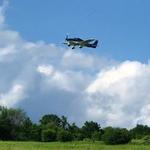 If I had any beefs or cons to it at all, it would be that the gap between the nose panel and cockpit panel is a little large and while the quick-connect feature on the wings is designed for easy install and removal, the screws need to be much more robust. I've pulled the wings off twice and am concerned that the screws will need replacing soon due to stripping out. Either larger screws or a more dense material screw... I'll probably take my screws down to the local hardware and see if I can find some matching heavy duty steel screws to replace them with. Really, this are minor quips.... nothing to write home about.

Recommend a paved &quot;runway&quot; or very smooth ground with low cut grass. This isn't a Timber for flying off rough ground. Also, the plane is easy to land, but you'll want to make sure your touch downs are fairly gentle... the gear setup is robust but I can see you banging it too hard and it messing with the gear... especially if you pound the nose wheel too hard.