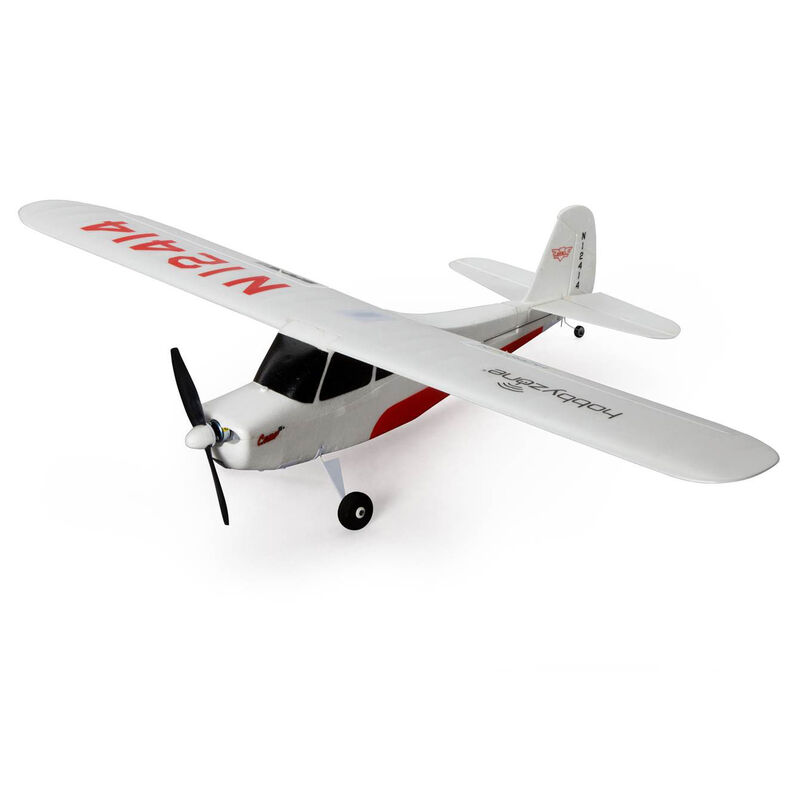 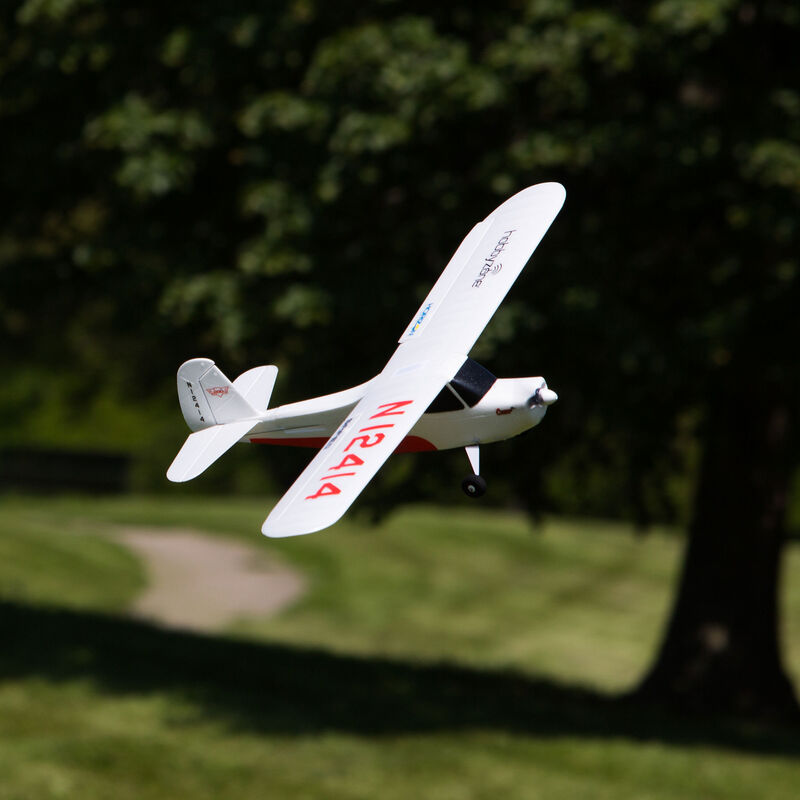 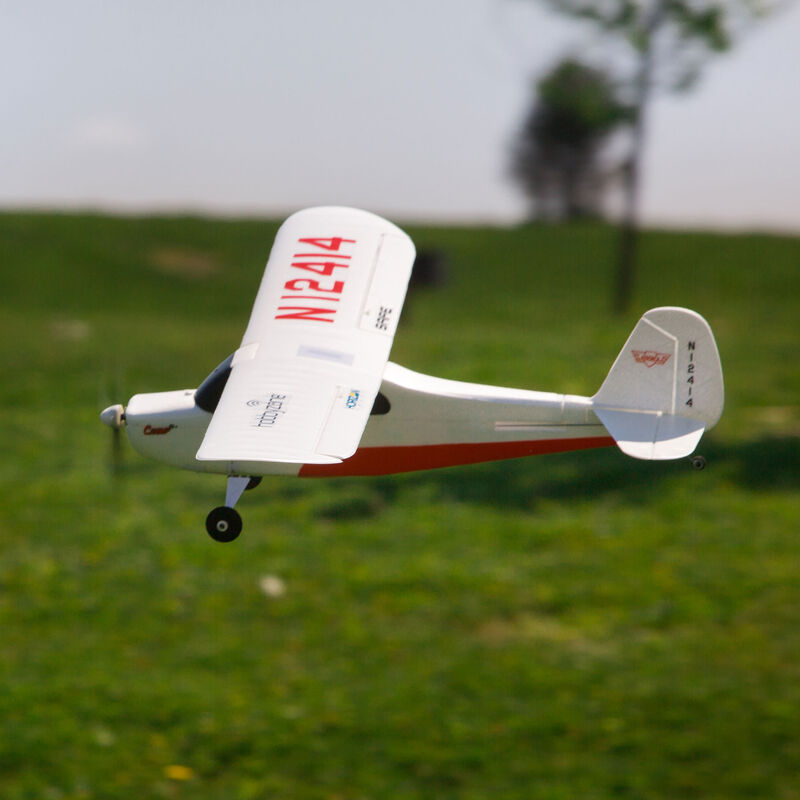 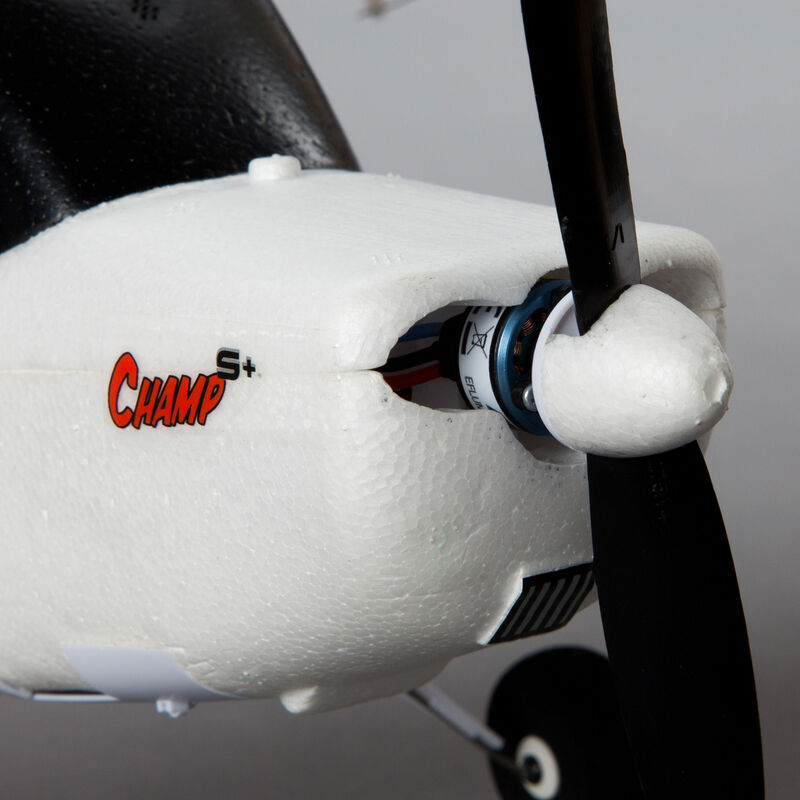 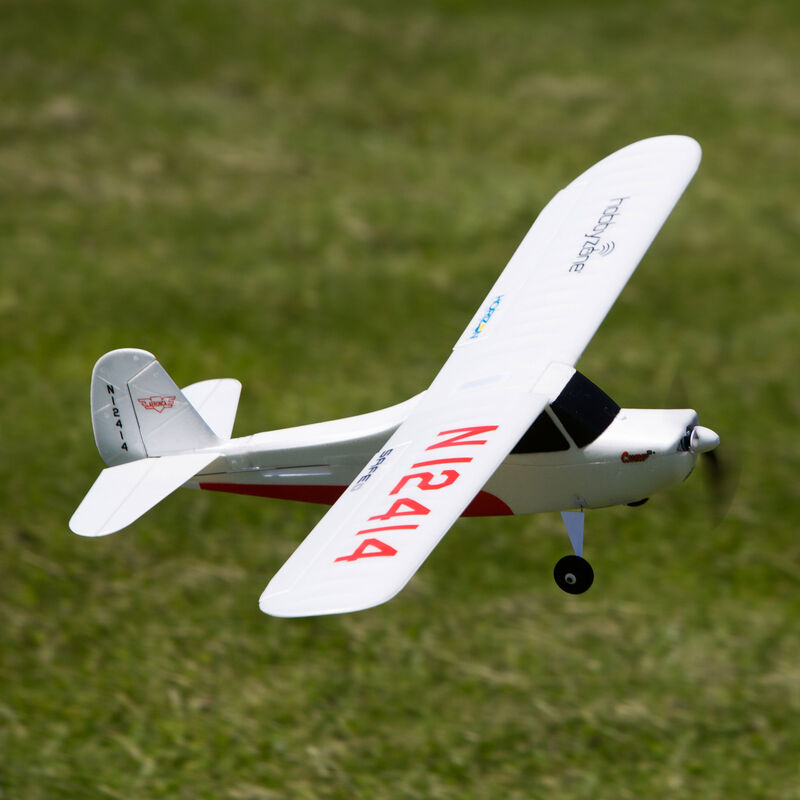 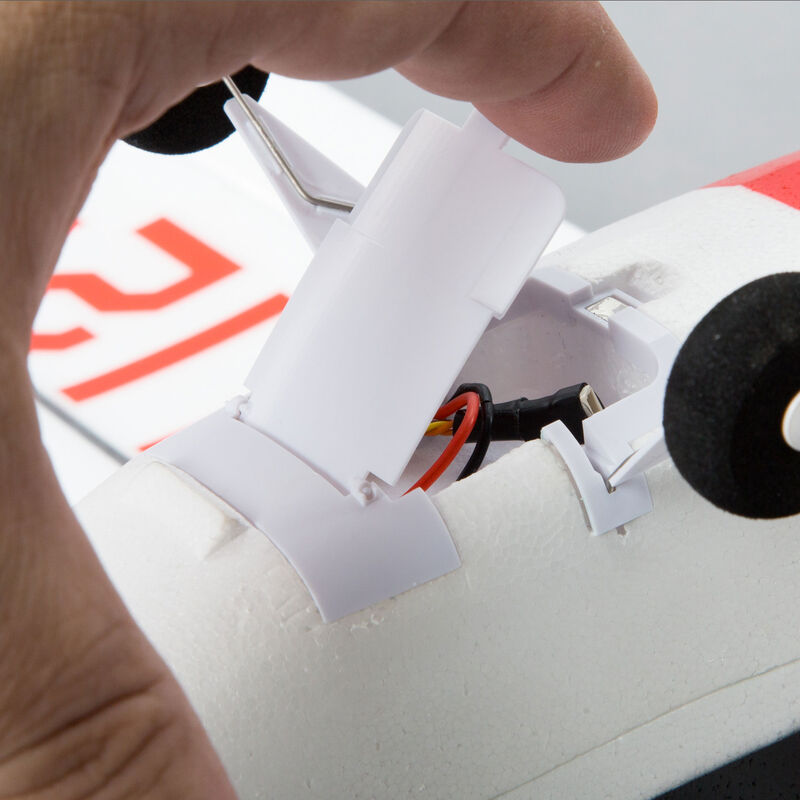 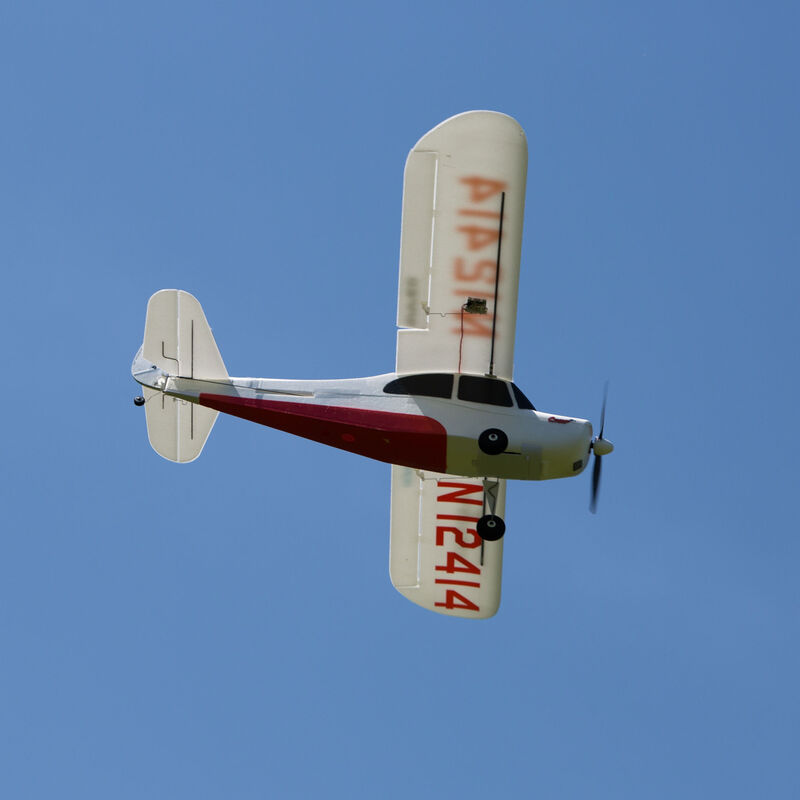 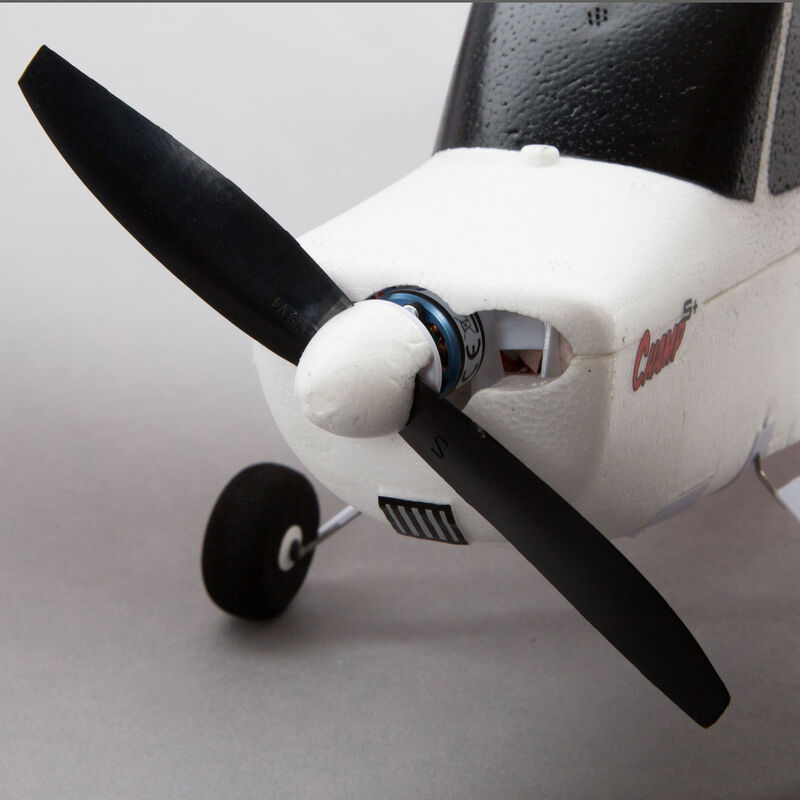 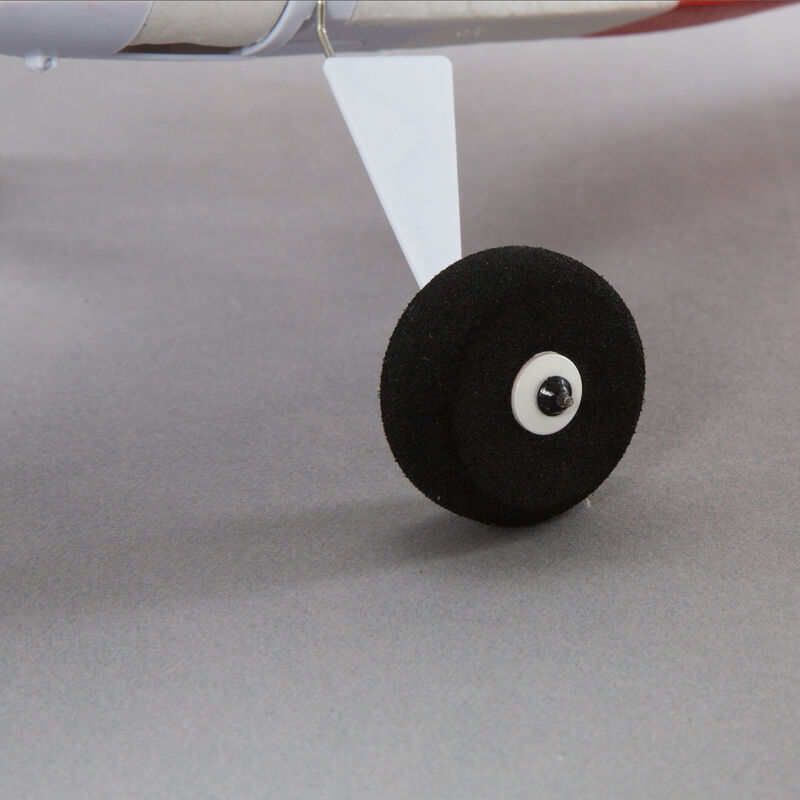 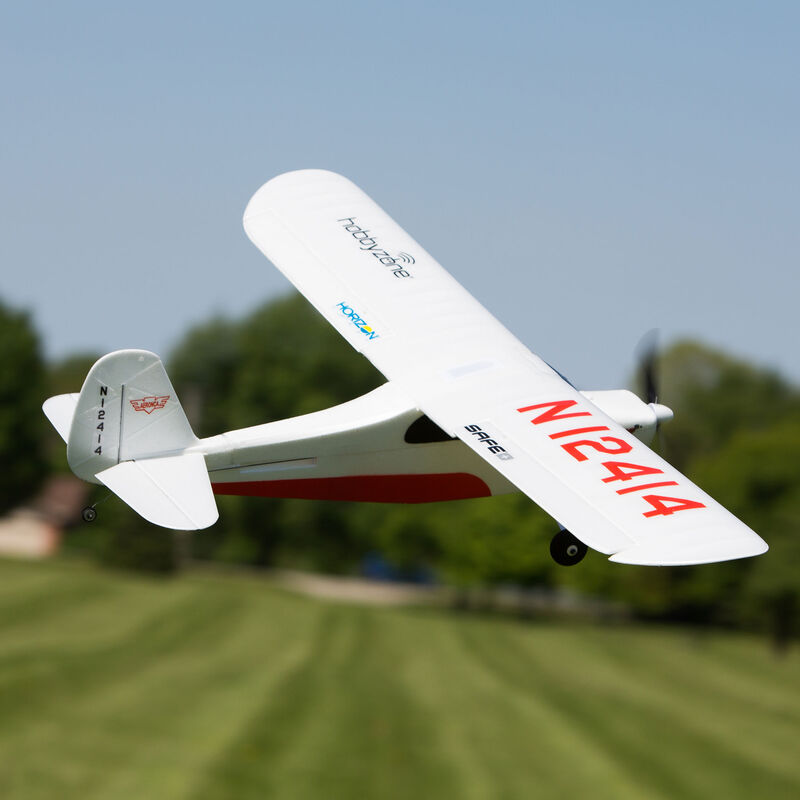 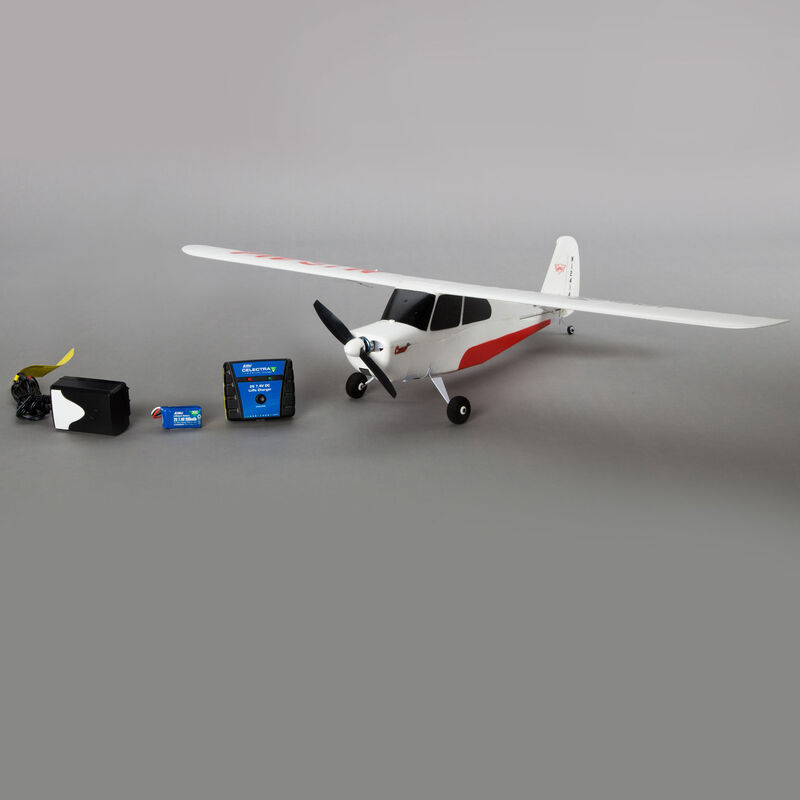 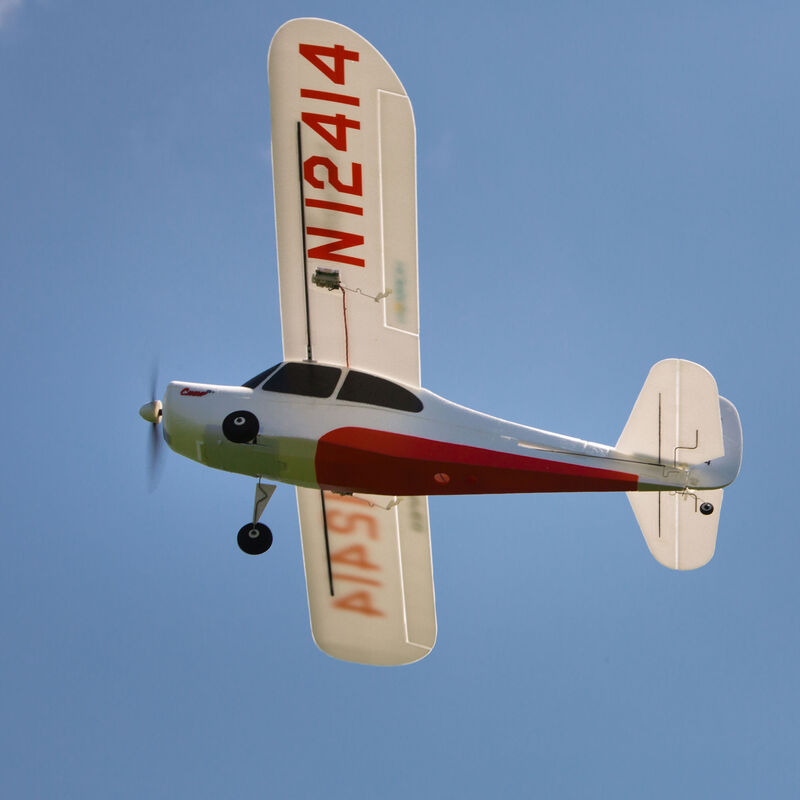 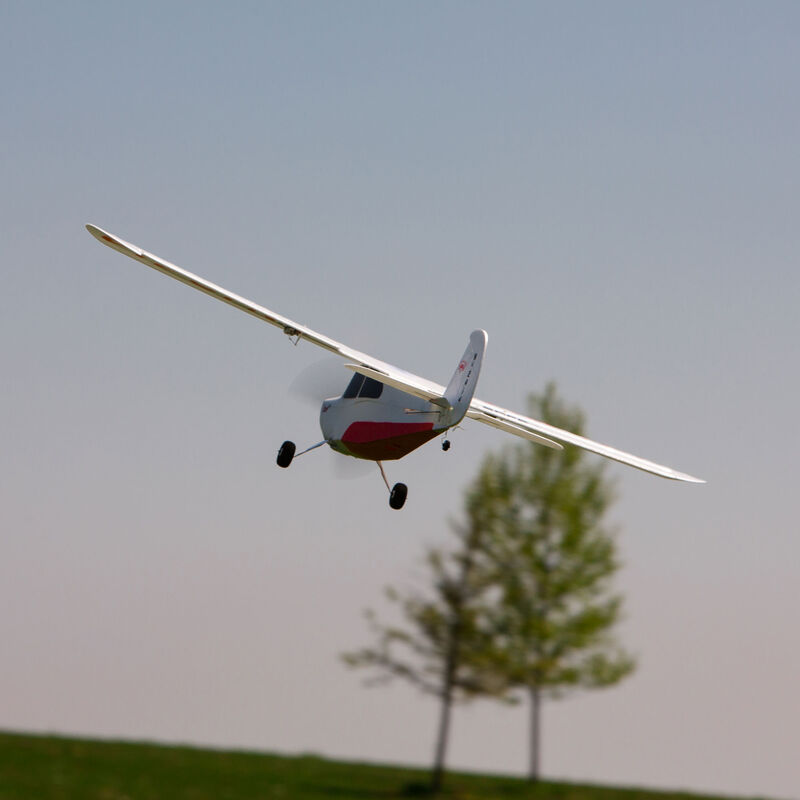 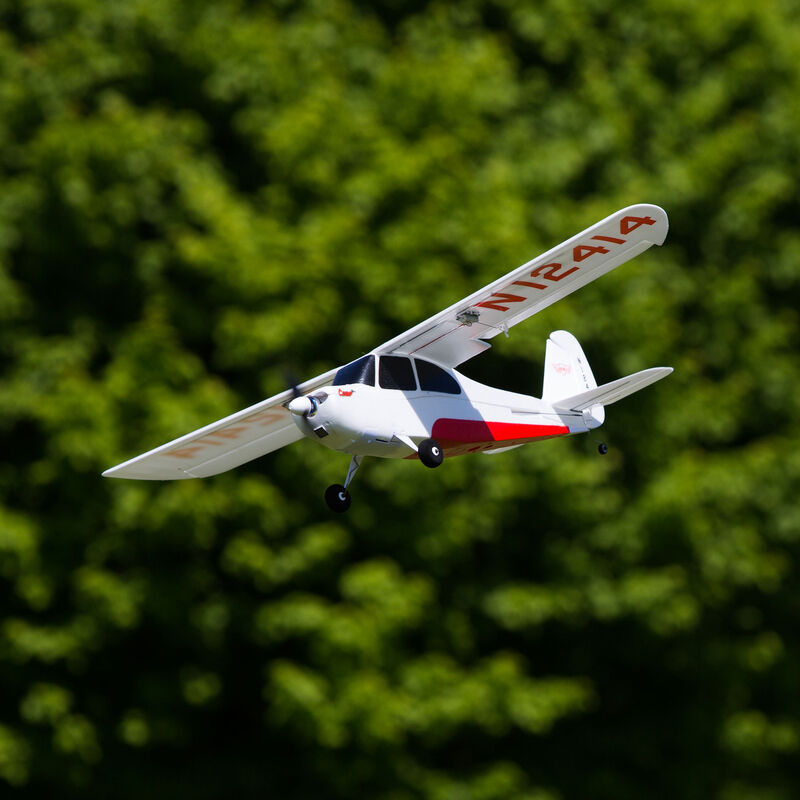 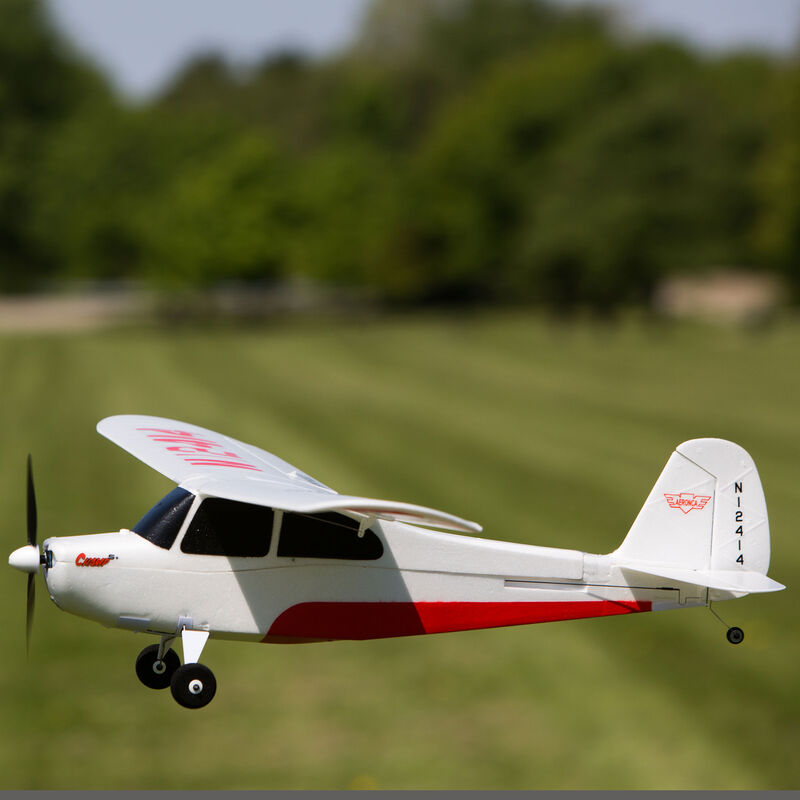 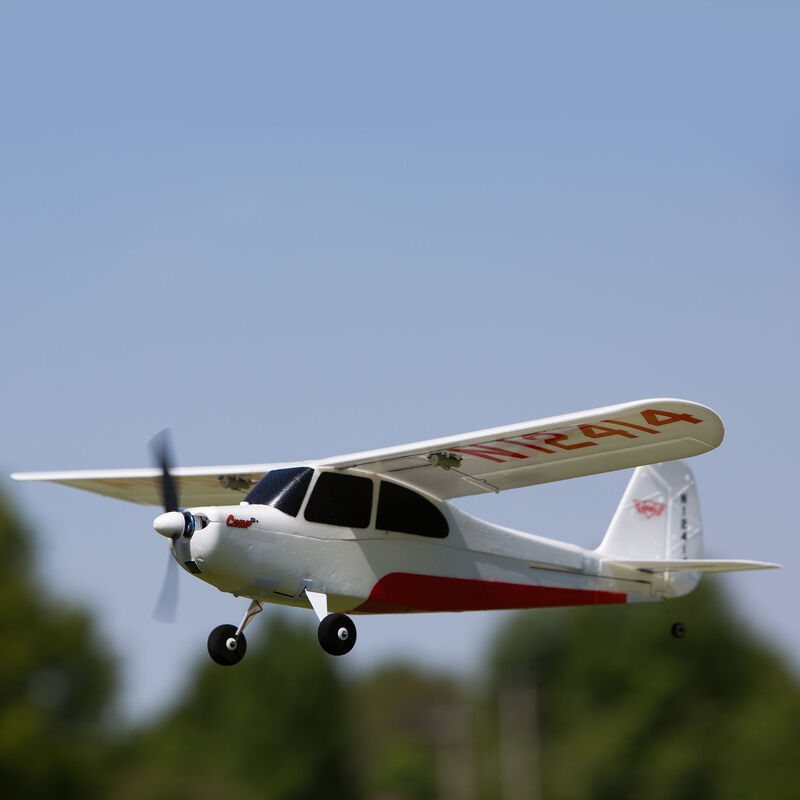 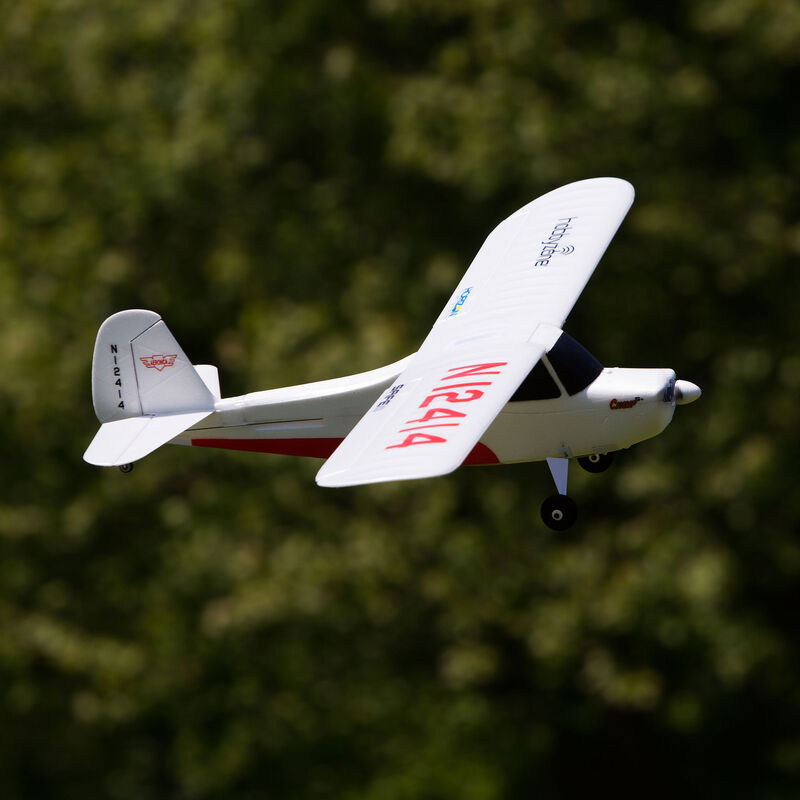 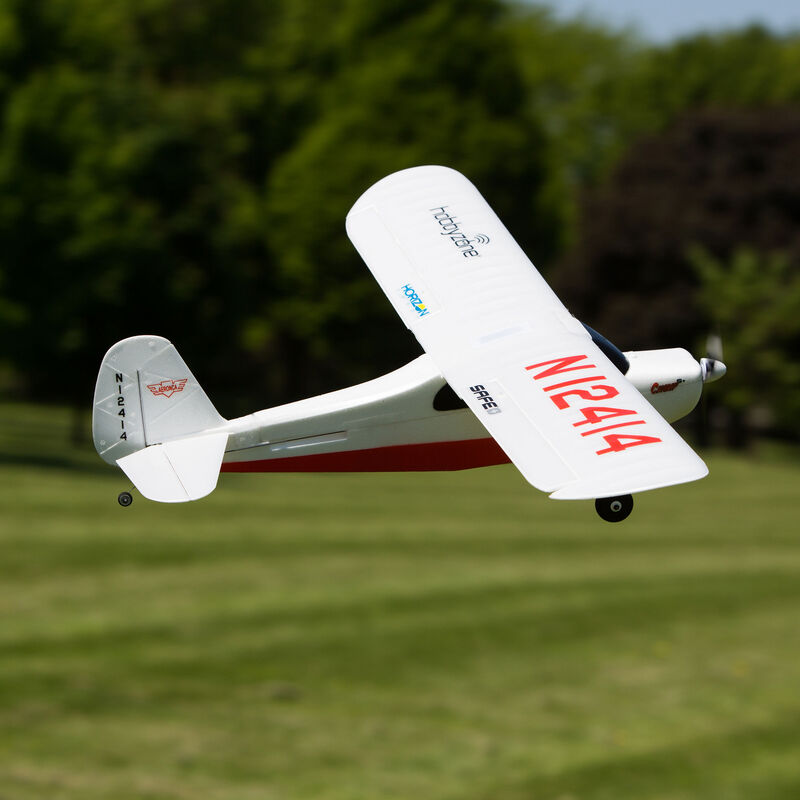 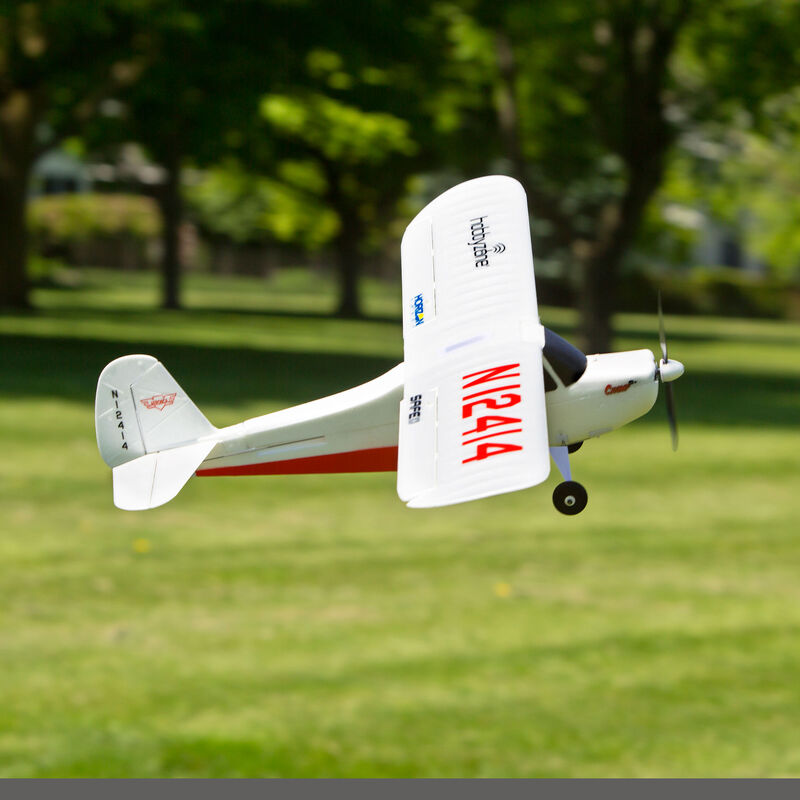 Whether you’ve never flown RC before or you got your first taste of flying with a multirotor drone, the revolutionary HobbyZone® Champ S+ BNF makes it easier than ever to learn to fly an RC airplane. That’s because it’s equipped with Horizon Hobby’s exclusive SAFE® Plus technology providing the same kind of self-leveling stability and GPS guidance used in advanced drones that can cost thousands of dollars or more. SAFE® Plus drone technology can land the airplane for you, keep you from flying too far away, and even lets you virtually "pause" the flight and circle by itself on command. SAFE® Plus also includes three flight modes that allow you to learn at your own pace by preventing you from over-controlling the airplane and allowing you to perform basic aerobatic maneuvers when you’re ready.

AutoLand
When activated, the advanced AutoLand function puts the Champ S+ on a stabilized approach to autonomously land near the takeoff point. When flying in rougher conditions, you can provide some directional guidance and let the system do the rest to execute a safe landing.

Holding Pattern
Push a button, and the Champ S+ will automatically fly to a point near its takeoff location and circle at an altitude of approximately 65 feet. Once the command is cancelled, you have full control of the aircraft and can continue to fly.

Virtual Fence
It’s easy to accidentally let an RC airplane get too far away, but with Virtual Fence worry no more because it creates a virtual boundary the airplane won’t fly past. When the Champ S+ encounters the Virtual Fence, it automatically turns around inside the boundary and wags the wings letting you know you have control again.

Panic Recovery
If you ever lose control of the Champ S+, just switch to beginner mode and release the control sticks. SAFE® Plus technology will return the aircraft to level flight.

AS3X®
Works automatically to stabilize the Champ S+ with the sophistication of 3-axis gyros to help battle the influence of turbulence on windy days.

Powered by
4.8 star rating 114 Reviews
0 Questions \ 0 Answers
ask a question
write a review
(104) (5) (0) (2) (3)
Show all reviews
ask a question
write a review
Thank you for posting a review!
We value your input. Share your review so everyone else can enjoy it too.
share
share
share
Thank you for posting a review!
Your review was sent successfully and is now waiting for our staff to publish it.
Thank you for posting a question!
Please click on the link in the confirmation email we just sent you to submit your question.
Your question will appear on the site once someone answers it.
write a review
ask a question
Updating Results
Verified Reviewer
0.0 star rating
08/07/20
Review by Anonymous User
On
share ' Share Review by Anonymous User facebook facebook Share Review by Anonymous User twitter twitter Share Review by Anonymous User LinkedIn linkedin Share Review by Anonymous User
08/07/20
Was this review helpful? 0 0
R
Rcfan101 5.0 star rating
01/20/17
Great plane to learn on
Review by Rcfan101 on 20 Jan 2017 review stating Great plane to learn on
I was really interested in flying rc as I have many friends into flying. So I bought myself a spektrum dx6e and started hunting for a beginner plane! And this caught my eye! Small, brushless, 4 channel, good price! To good to be true? Absolutely not! This plane is awesome! The performance and scale looks are great! My friends who have been in this hoppy for years are now buying them because how fun they are! This plane can be flown so slow or easily crank up the speed a bit for really nice stable performance! I've been getting about 7-10 minute flights out of the small 280mah lipo! I highly recommend this plane to any beginner or any one looking for a sporty park flyer. Also the technology on this plane is insane! Full safe modes and an active gps system seen in 1000 dollar drones! Great plane! Great customer service! Highly recommend this! 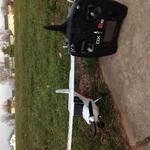