When Pro-Line and Horizon Hobby went public with their merger back in August, it was some of the biggest RC news of 2020. At the center of it all was Pro-Line CEO Todd Mattson. In this article, we take a closer look at Todd’s almost 30-year journey with Pro-Line and how it has shaped his passion for innovation. We also look ahead to what’s next for Pro-Line and some of the possibilities this new partnership might have in store for everyone who loves RC motorsports.

Todd Mattson: The Man Behind the Scenes

In this hobby, which is full of brands named for their founders or owners, there might be more than a few of our readers who love Pro-Line products but have never heard of Todd Mattson. And, frankly, he’s OK with that. For over two decades, Todd has been content to lead the people of Pro-Line from behind the scenes, quietly building his company into the premier RC performance brand it is today.

The story of how he came to be one of RC’s most influential entrepreneurs might not be what you would expect, either. When Todd first joined Pro-Line as a marketing manager back in 1991, he knew nothing about RC. At that time, he was hardly alone. Despite the rapid growth in the RC car and truck market during the mid- to late-eighties, the hobby was still a relatively obscure one that most people had never heard of unless they knew someone who was into it.

So, what led Todd to Pro-Line’s door? The short answer would be business, pure and simple. Todd comes from a family of entrepreneurs. According to him, he knew he wanted to have a company of his own as early as age 6, “My dad and his brother started a truck stop on the east coast. For six years of my childhood, that business was a big part of my family life. It had a huge influence on me.”

Todd says his first foray into business ownership was an auto- detailing operation that he started in college, “It kept me busy during the summers.” After graduating, he landed a job with an event marketing firm specializing in promoting big-name brands at airshows across the country. It was there that he honed the brand management skills that would eventually lead him to Pro-Line. “I got to work with some powerhouse brands like Kraft and GM,” Todd recalls. “Kraft was the first organization I was around that had brand managers. Just to get to see what they did with their brands, how they got to think about building a brand, that really interested me.”

It wasn’t long after that, and Todd got a tip from a friend about a marketing position with an RC car company in Banning, California. “He knew I was a little bit of a (full-scale) car nut to begin with,” says Todd. “In high-school and college, I had restored a couple of vintage Volkswagen Beetles. I loved fixing up those cars and making them better.”

When Todd showed up for his first interview at Pro-Line, he was handed a copy of the RC Car Action Buyer’s Guide to look through. Seeing the thousands of vehicles and accessories that were available was a revelation, “I remember going through the Buyer’s Guide and being like, wow! How have I never even seen this industry?” After he got the job, Pro-Line product manager, Tim Clark, suggested he build an RC10 and start racing. It didn’t take long for Todd to catch the bug, “Next thing you know, we were out club racing, and I was hooked.”

While Todd never became a pro-level driver, it was this head- first dive into racing that opened his eyes to how big of an impact Pro-Line products could have on people who love the hobby. “A couple of my friends that I raced with were always waxing me at the track. I could never beat those guys,” he recalls. “One night, I showed up with a batch of four or five XTR tires. That night, I could turn in every corner and keep up with those guys.” When he saw just how much fun a high- performance product could bring to the customer experience, it lit a fire in him.

From that moment on, Todd knew he wanted an ownership stake in Pro-Line. Fortunately for him, then owner, Joe Warren, was open to the idea. By the end of his third year at Pro-Line, Todd owned 50% of the company. Seven years after that, he was the full owner and CEO. As he puts it, “It really was a dream come true.”

Once he was at the helm, Todd continued where Pro-Line’s founder left off, relentlessly pursuing improvements in design and manufacturing. For Todd, the fact that Pro-Line designed and manufactured its products in the same facility, right here in the U.S., has always been the company’s “secret sauce.” He explains, “Our ability to manufacture in-house has given us a competitive advantage that few people recognize. It’s allowed us to be more responsive to our customers and make improvements faster.”

Since Pro-Line and Horizon Hobby announced their partnership, there have been many questions about what’s going to happen next, and for good reason. For bashers, racers, and scalers all over the world, Pro-Line products play a huge part in their enjoyment of the hobby.

To get an accurate picture of what that future looks like, both Todd and Horizon Hobby CEO, Chris Dickerson, think it’s important that people understand why the companies wanted to get together in the first place. “Todd and I started talking to each other almost a year ago, maybe longer,” says Chris. “In the past, we’d always bumped into each other at Nuremberg or iHobby. Once, while I was out visiting the California team, we had lunch. We talked about how much mutual respect there was between our companies.” That lunch led to more conversations. The more the two talked, the more they realized how much their companies had in common.

Then, last fall, Todd invited Chris out to Ocotillo Wells to ride Polaris side-by-sides for a day. Afterward, Todd showed Chris around the Pro-Line facility, and the two began to discuss how their businesses might work together. Up to that point, there were no formal meetings at all. As Chris put it, “I think that’s one thing that makes the RC hobby business really special. We get to know people and their stories. It’s not some big, faceless industry. It’s fun.”

For Todd, deciding to partner with Horizon just felt natural, “In a lot of deals like this, everybody has to be interviewed, equipment and inventory have to be gone through with a fine- tooth comb – we didn’t need to do any of that because of the level of trust that had already been established.”

So, with that background in mind, what does the future hold for Pro-Line? Let’s start with what it doesn’t hold. It does not mean a change of location. Both Todd and Chris have made it clear that Pro-Line products will continue to be American-made. “At Pro-Line, there’s a pride in the people that work there,” says Chris. “It’s absolutely something we want to build upon. The fact that Pro-Line manufactures in the U.S. means they can control the quality. The engineers are in the same building as production, and they can keep their eye on everything. Moving everything to Asia wouldn’t make any sense at all.”

How about innovation? Won’t becoming part of a giant “monolithic” corporation like Horizon stifle Pro-Line innovation? Chris addressed this very question in a recent On the Horizon podcast, “Todd and his team have a lot of really great ideas. We understand innovation is about risk and having the right people to bring ideas to market. Pro-Line, in particular, fits that mold. What (Horizon) can do is provide them with even more resources so they can continue to do what they’re already awesome at. Where we can help, we want to help. Where we need to stay out of the way, we’re going to stay out of the way.”

Another concern that’s come up is that Pro-Line might discontinue making accessories for cars and trucks that aren’t Horizon Hobby brands. Todd makes it clear that’s not going to happen, “Our product line isn’t going to suddenly be limited to just Horizon products. We’ll continue to make innovative parts and accessories for all car and truck brands. There’s always an advantage to competition. If there were no competition, a lot of things just wouldn’t move forward.”

Likewise, racers sponsored by Pro-Line or Horizon Hobby will still have the freedom to choose what accessories they want to use. Chris Dickerson explains, “A lot of TLR drivers run Pro- Line already. A lot don’t. That will really be up to them.” Todd concurred, “Our team will continue to be diverse as far as what kits they race with. It’s a personal decision.”

As for what sorts of new products might spring from this partnership, the possibilities are literally endless. Each company came to the table with licensing agreements the other never had before, “I think we’ll be stronger together in this way for sure,” says Todd. Todd’s also enthusiastic about how Horizon’s logistical strength, combined with Pro-Line’s manufacturing expertise, will accelerate new product development, “I think this (merger) will create more efficiencies and get new stuff in the hands of customers faster.”

About the only real problem Pro-Line and Horizon have now that they’re together is sifting through the multitude of new opportunities that lie before them. Chris Dickerson summed the dilemma up nicely, “We have tons of new options now. The biggest challenge we face is picking which one to pursue next.” 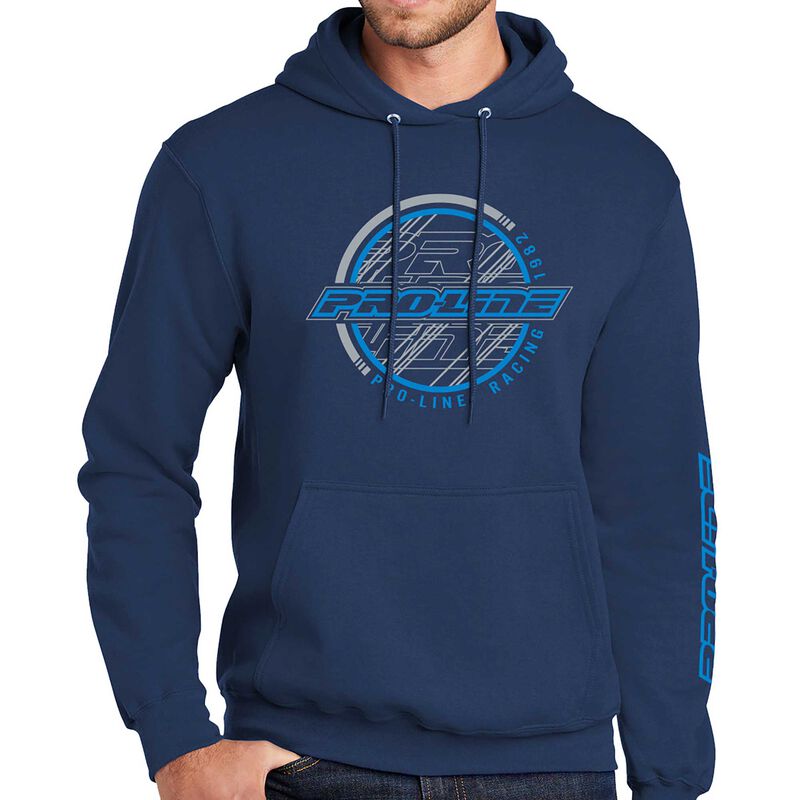 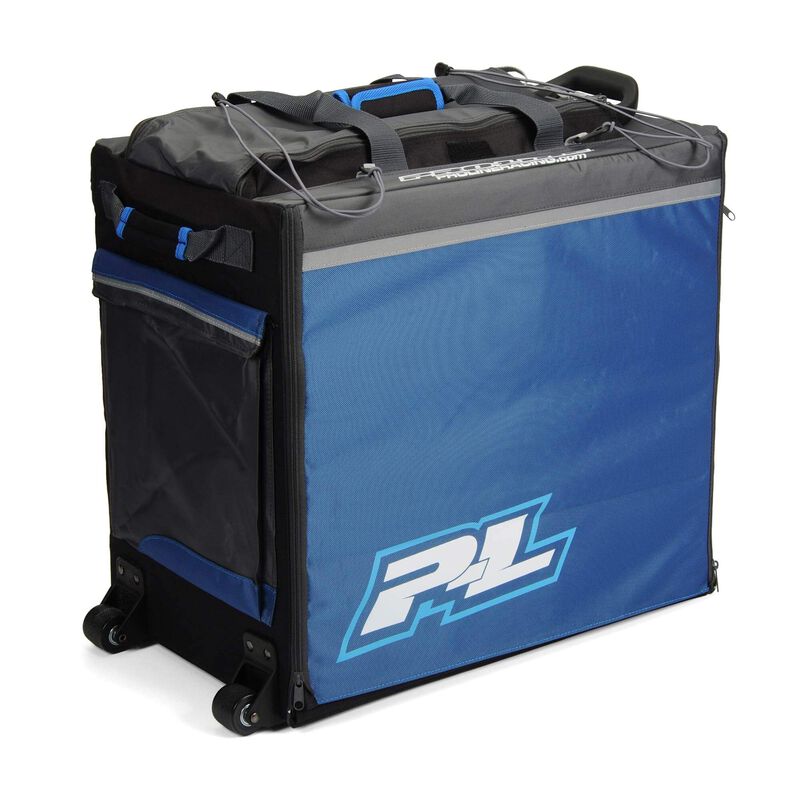