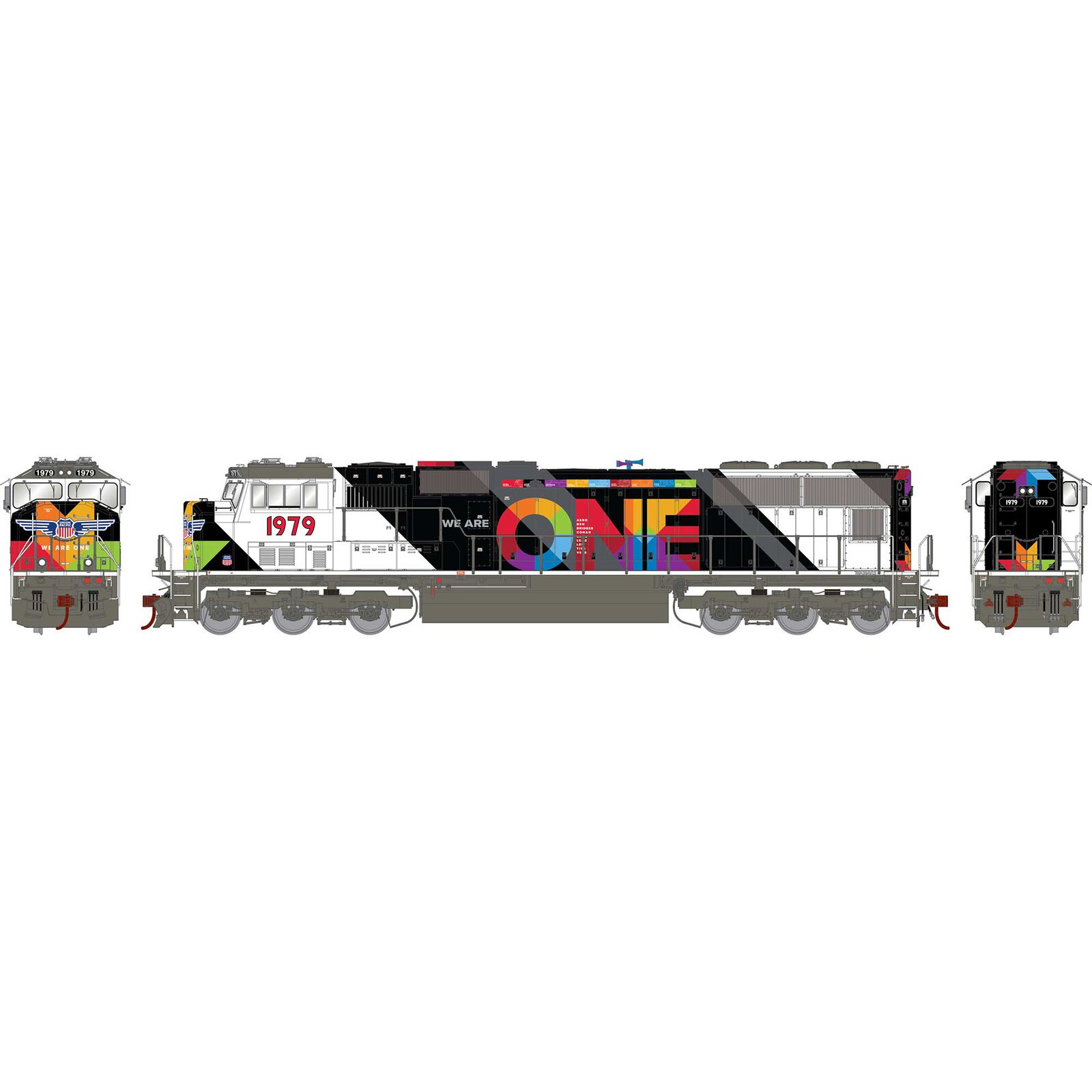 Omaha, Neb., June 17, 2021: Union Pacific today announced a “We Are One” summer tour that features a new commemorative locomotive dedicated to diversity and togetherness. The brightly colored locomotive will start its 2021 journey in Houston, Texas, on Juneteenth, the holiday that celebrates freedom and marks the end of slavery in the U.S.

UP No. 1979 is only Union Pacific’s 18th commemorative locomotive. It honors the company’s nine Employee Resource Groups (ERGs) and the work they do supporting diversity, inclusion and equality. The unit commemorates the year Union Pacific’s first ERG - the Black Employee Network - was established in 1979.

“Union Pacific Announces DEI Giving Goals and ‘We Are One’ Tour.” UP, https://www.up.com/media/releases/210617-dei-giving-goals.htm.

The Athearn Team is pleased to announce that with each purchase of the Genesis Union Pacific We Are ONE unit, we will be making a donation to Hobbies For Good; a charitable organization that supports charities and causes throughout the USA.