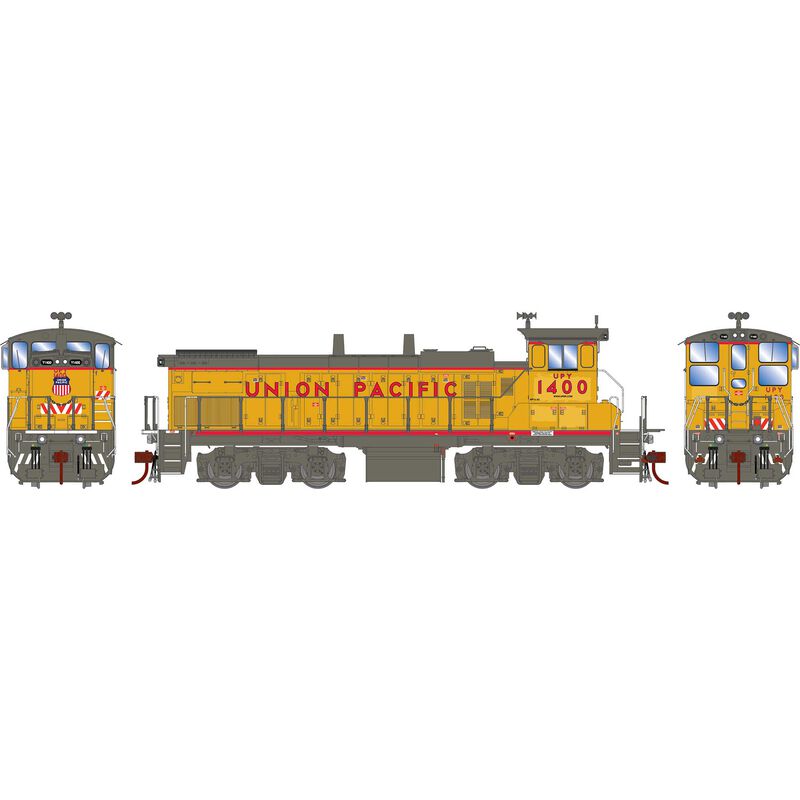 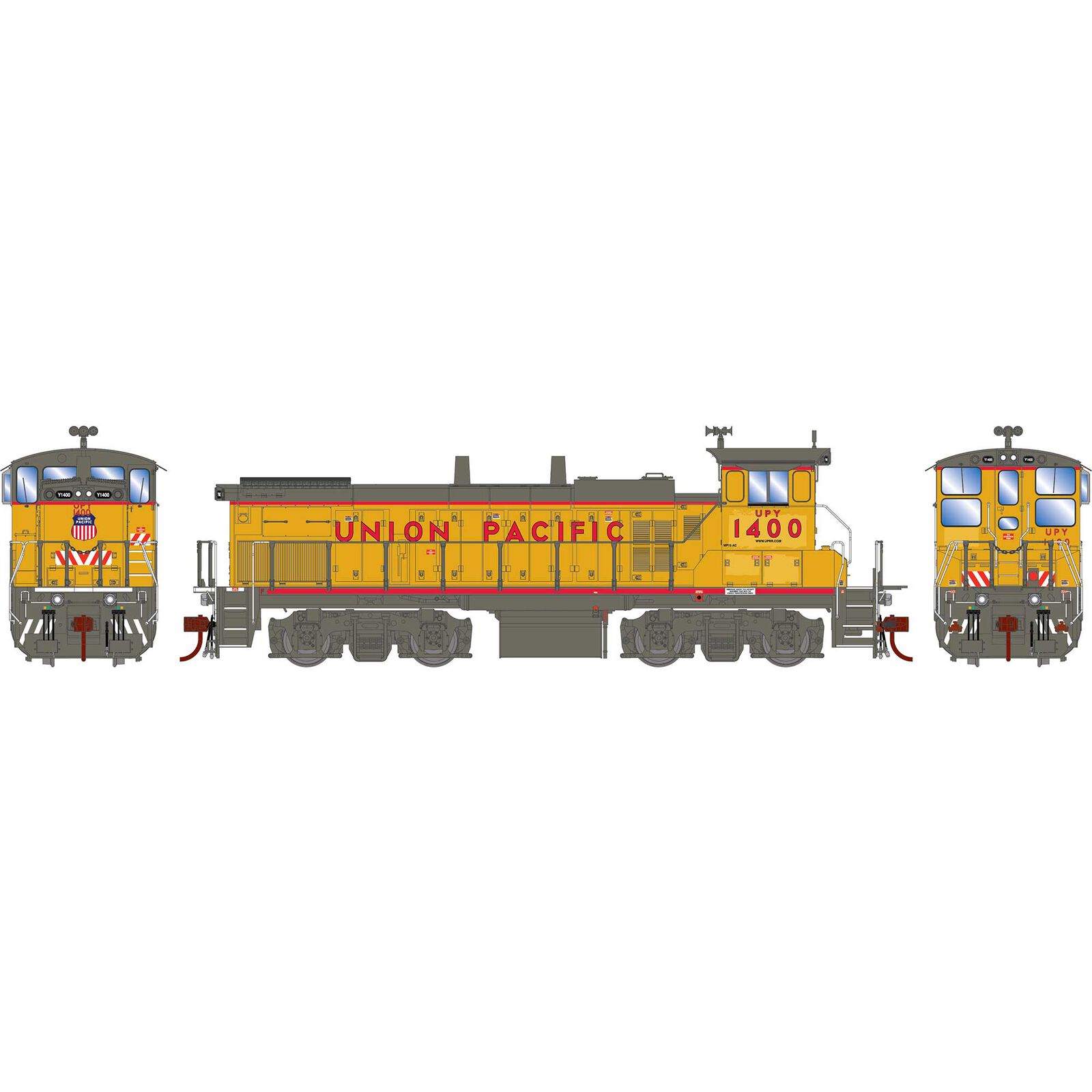 This release depicts several of the former MILW MP15ACs that wound up on the Union Pacific. The "UPY" reporting mark denotes "Union Pacific Yard", and is used to avoid number conflicts with other UP units.