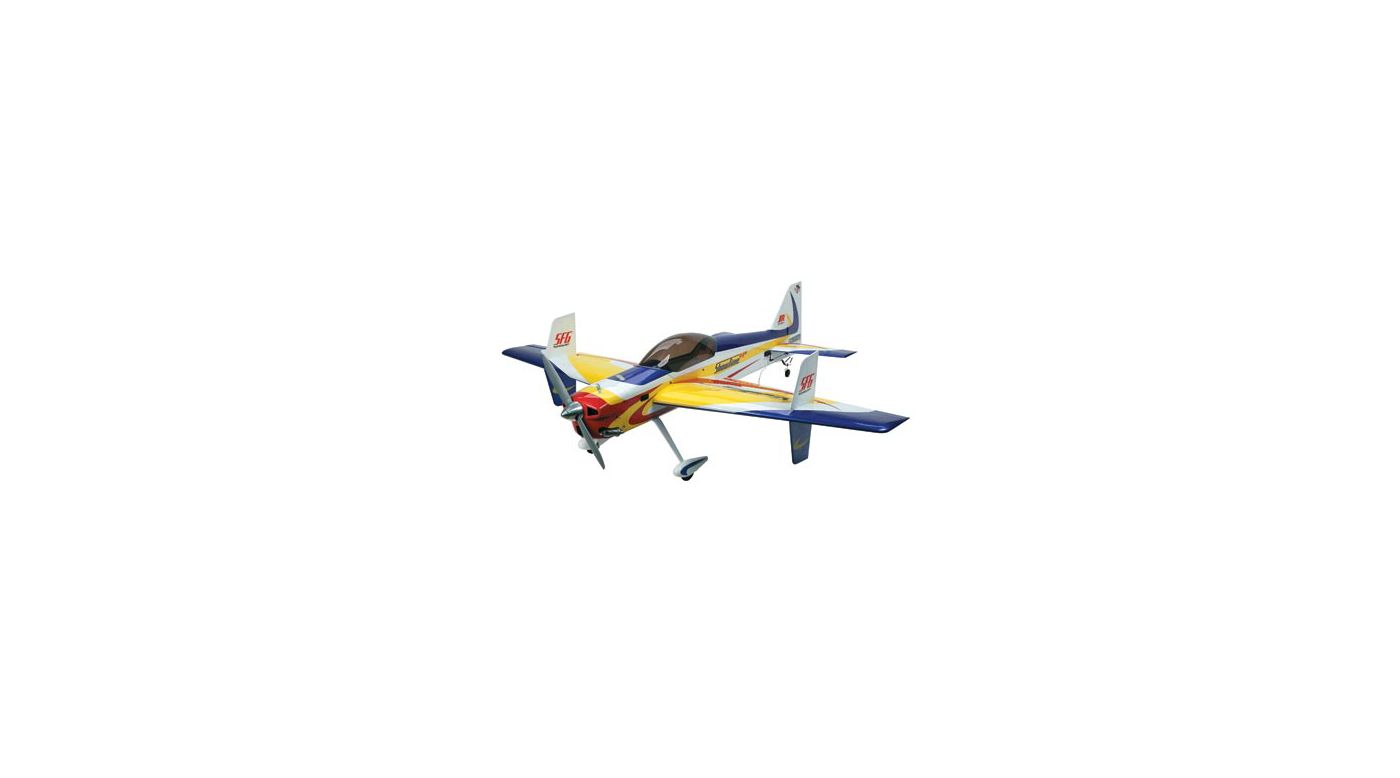 Artistic aerobatics is an increasingly popular form of aeromodeling expression that awes audiences with its mixture of showstopping aerial maneuvers and dramatic musical accompaniment. To keep up with the intricate maneuvering involved in artistic aerobatics, a special airplane is needed.
Enter Hangar 9's new ShowTime 4D 90 ARF, a unique Mike McConville design equipped with innovative new SFG Technology—removable Side Force Generators that provide extra rudder authority and control to help perform a virtually limitless display of extreme 3D and precision aerobatics. These Side Force Generators attach to the middle of each wing and generate the necessary lift at low angles of sideslip to excel at slow knife-edge flight. They can be removed in seconds and flown without, as well as to make storage and transportation of the ShowTime convenient.

Also contributing to the ShowTime's extraordinary performance is its lightweight laser-cut all-wood construction, making the plane very easy to control. The carbon fiber landing gear is much lighter than aluminum, yet quite durable and provides plenty of strength for rough landings. The plane looks incredible in its colorful UltraCote trim scheme, and the wide variety of engines such as Saito's FA-100 and Evolution's 1.00NX ensures every pilot will find one that’s right for him. It's the greatest "Show" on Earth—the ShowTime 4D 90 ARF from Hangar 9.

Sealing the Elevators and Ailerons

Be sure to seal the hinge line of the ailerons and elevators with a strip of clear ultracote (HANU887) while assembling the model for better control surface effectiviness and reduce the risk of flutter.

The first sentence should read, "On the top of the wing on both sides of the fuselage, measure back 7 7/16" from the leading edge against the fuselage and mark both places with a felt-tipped pen."