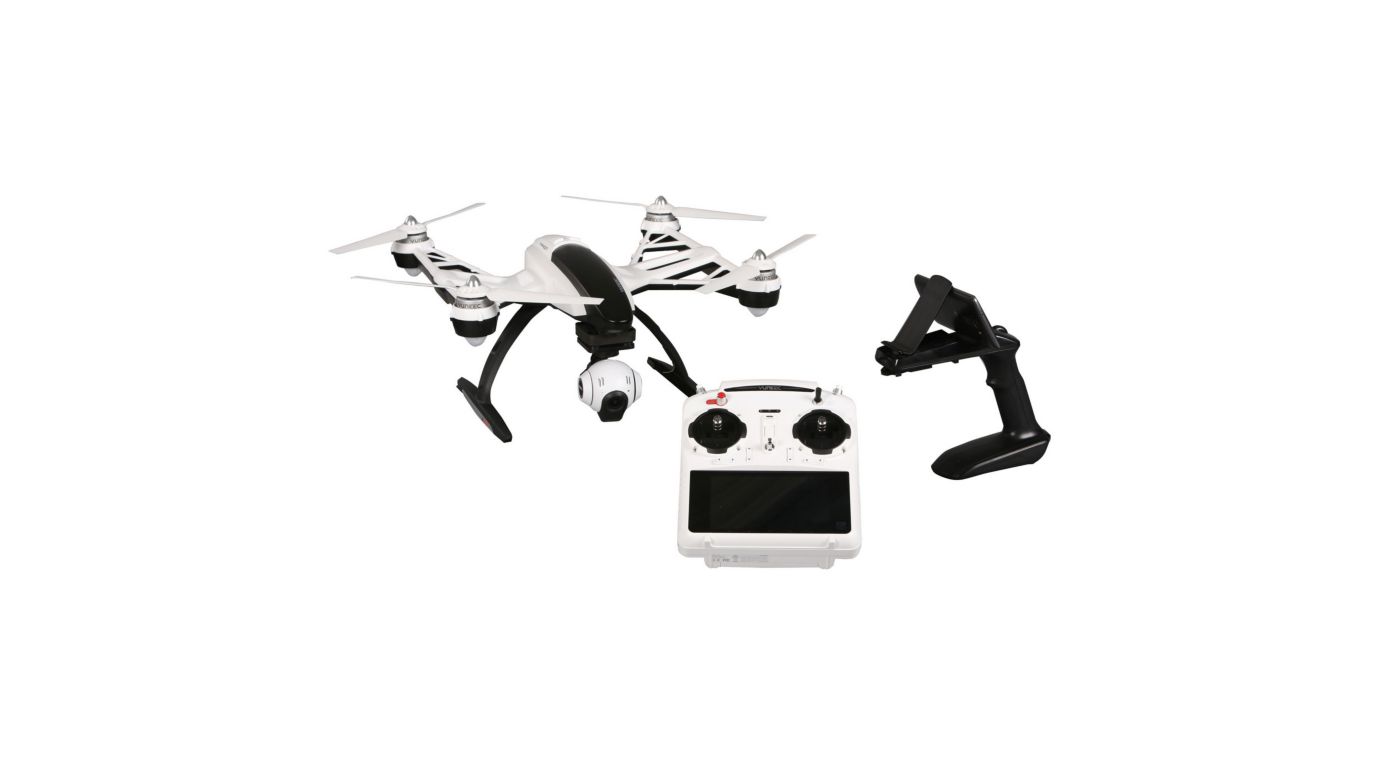 ** NOTICE: It has come to our attention that during manufacturing we mislabeled the flight battery (YUNQ500105) for the Yuneec Q500. All first-run batteries have a label that states 5400mAh when the battery is actually a 6300mAh capacity pack. There is no need to worry as there have been no changes made to the Q500 battery and it has always been 6300mAh.

Change your perspective with the Yuneec Q500 aerial photography and videography (APV) system. The system arrives 100% factory-assembled and test flown including the 3-axis CGO2+ that records full HD 1080p video and takes 12 megapixel still photos. And the built-in digital video downlink delivers streaming video that can be viewed right on the screen of the included ST10+ transmitter and Personal Ground Station. With the Q500 it’s never been easier to capture amazing photographs and video footage for a wide variety of uses.

The Q500 arrives 100% factory-assembled and test flown, so it is “ready to fly” out of the box. The Q500 includes the aircraft, a 1080P HD camera, a CGO2+ 3 axis precision gimbal, the ST10+ personal ground station, battery, a charger and an 8GB microSD card. In addition, there are a number of accessories including a sun shade, car charger, USB adapter/charger and an extra set of 4 rotors.

Once the Q500 Typhoon is in the air it is really fun to fly. It has three modes to choose from–known as Smart, Angle and Home – depending on your skill as a pilot. Each mode is intuitive and easy to grasp.

While the Q500 offers a superior flying experience, it is the quality of the video and still images that sets it apart. The CGO2+ combines a 16 megapixel, 1080p/60FPS camera and a 3-axis brushless gimbal into a single unit that captures smooth, steady aerial video and still images in vivid detail. A built-in 5.8GHz Wi-Fi link lets you control the camera and view streaming video of your flight on the screen of the ST10+ personal ground station.

You can choose to record video at 48, 50 (PAL) or 60 (NTSC) frames per second by tapping the corresponding button on the screen of the ST10. A slider located on the left side of the ST10+ allows you to set the pitch/tilt position of the CGO2+ from straight ahead to straight down or any position in between.

With the Q500 Typhoon it’s never been easier to capture amazing photographs and video footage for a wide variety of uses. With nearly two decades of experience in developing Radio controlled and manned aircraft, Yuneec’s engineers have delivered the extended flight time, ease of operation and reliability you’ve been looking for in an aerial video solution.

Gimbal Connection Board: Q500 YUNQ500110
$4.99
This item is no longer available
Unavailable

Technical questions about this product should be directed to Yuneec Americas: