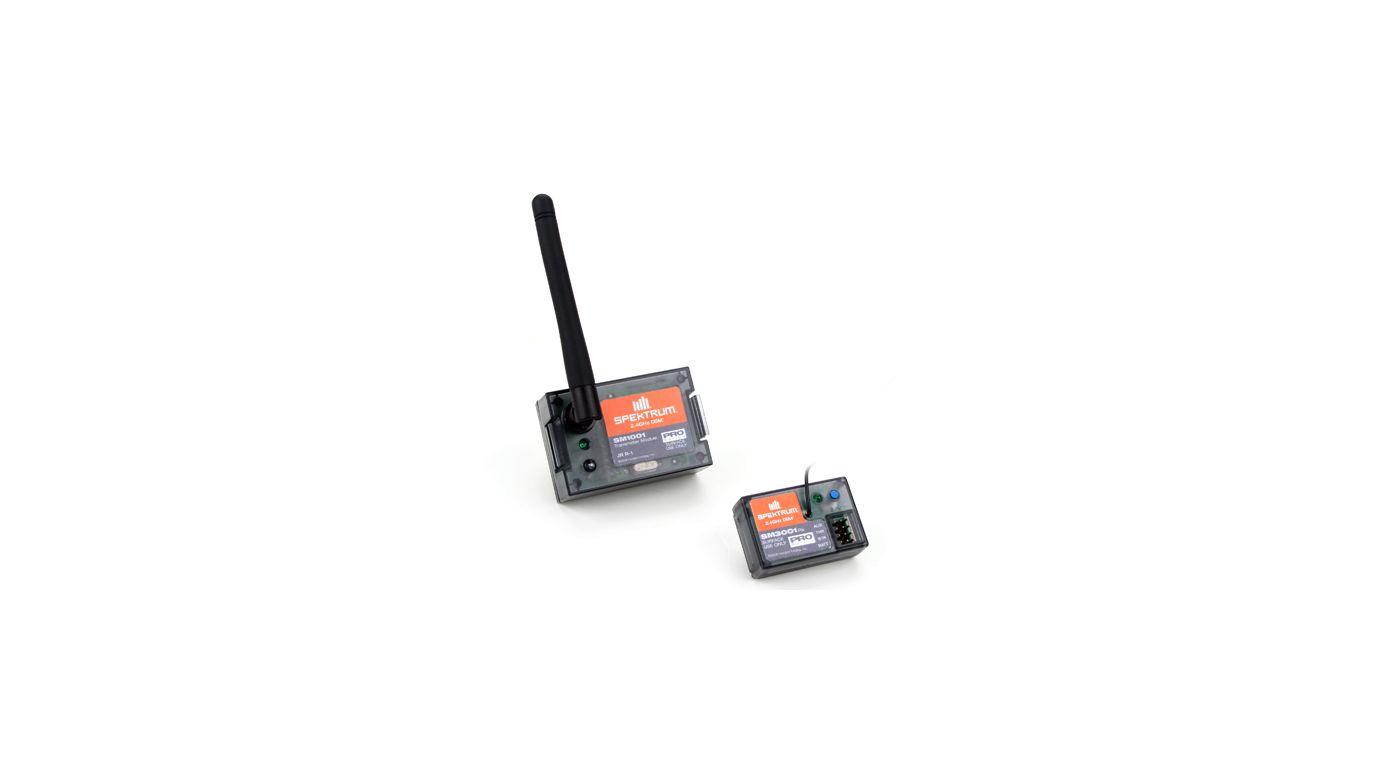 It wasn’t easy to improve on the Spektrum DSM module system. After all, the original system has helped guys win races the world over. And everyone using Spektrum has benefited from the no-pins, no-crystals, no-interference, no-glitches reliability of its 2.4GHz system.

But our engineers pulled it off simply because it’s in their nature to improve and refine––to think outside the box to produce a better product. And this time the payoff is the Pro Series Module System.

While the original system adds just 5.6 milliseconds (that’s 5.6 thousandths of a second) to your radio’s own processing time, the new Pro System’s module and receiver combine to lower this already miniscule figure to a scant 3.0 milliseconds.  It all adds up to lightning fast response and it’s sure to have racers feeling more connected than ever.

While Spektrum equipment has been extremely reliable for the vast majority of owners, static electricity discharges (ESD), caused rare but irritating “shutdowns” when it was used at some carpet and on-road racing venues in conditions of extremely low humidity.  Well, it took some serious detective work to identify and neutralize the culprit, but we’re happy to announce that the Pro Series system incorporates changes that eliminate the problem once and for all.

Besides its other advances, the Pro Series system features an advanced, more rugged, premium-quality oscillator that not only shrugs off shock loads, but actually increases range via its RF link-boosting, ultra-precise frequency accuracy.

Technical questions about this Spektrum product should be directed to Horizon Hobby's Product Support Department: