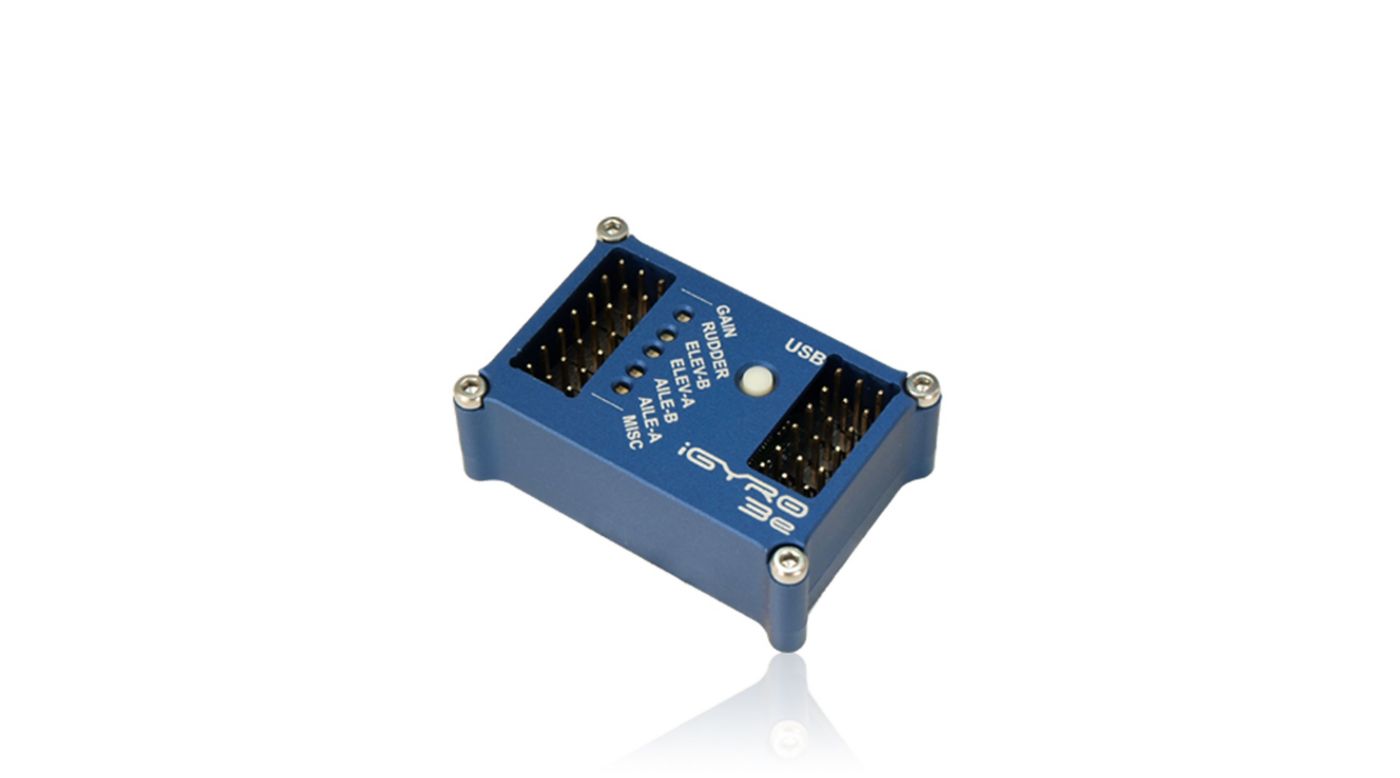 The iGyro 3e operates with normal PWM signals at the input and output, making it a straightforward task to install and set up the gyro in existing models. The iGyro 3e is simply looped in between the receiver and servos, and its gain can be adjusted in flight if one auxiliary channel is assigned to it. The net result is that it takes just a few minutes to install and set up the iGyro 3e.

The gain adjuster is divided into two ranges, enabling the pilot to pre-define different flight modes with the transmitter. As standard the iGyro 3e can be operated in Heading or Damping mode. Heading mode has been specially developed for fixed-wing model aircraft, and provides natural handling in the air. As you would expect, Heading mode can be left active for take-off and landing! It is supremely easy to adjust the ranges of the gain adjuster using a laptop,PC, or new with Mobilphone, as the Heading option and the strength of the gyro effect are fully variable, separately for each output.

Naturally the unit also features an integral delta and V-tail mixer, and any orientation in the model is possible.