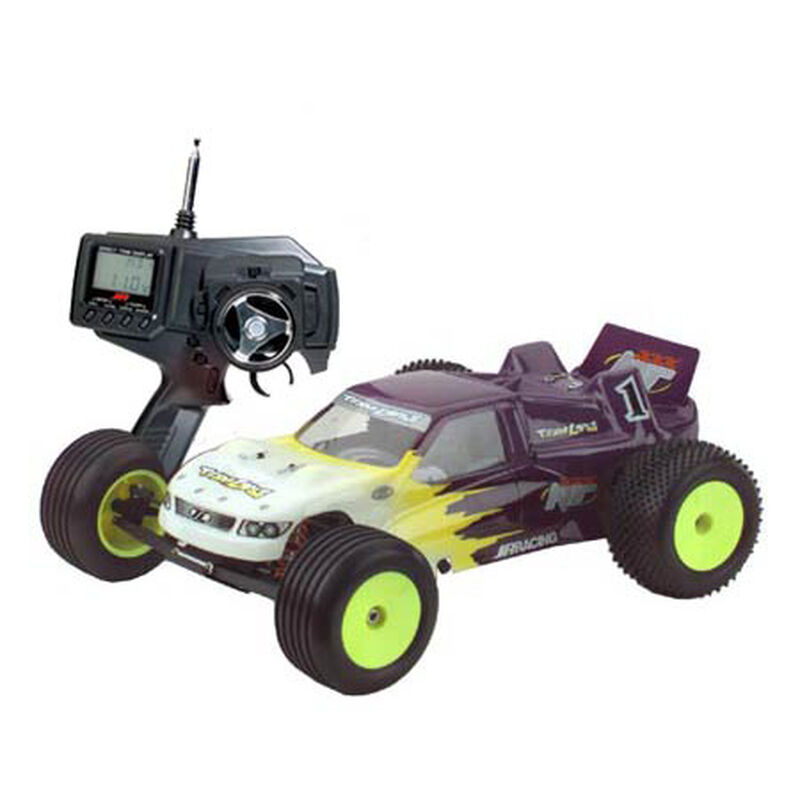 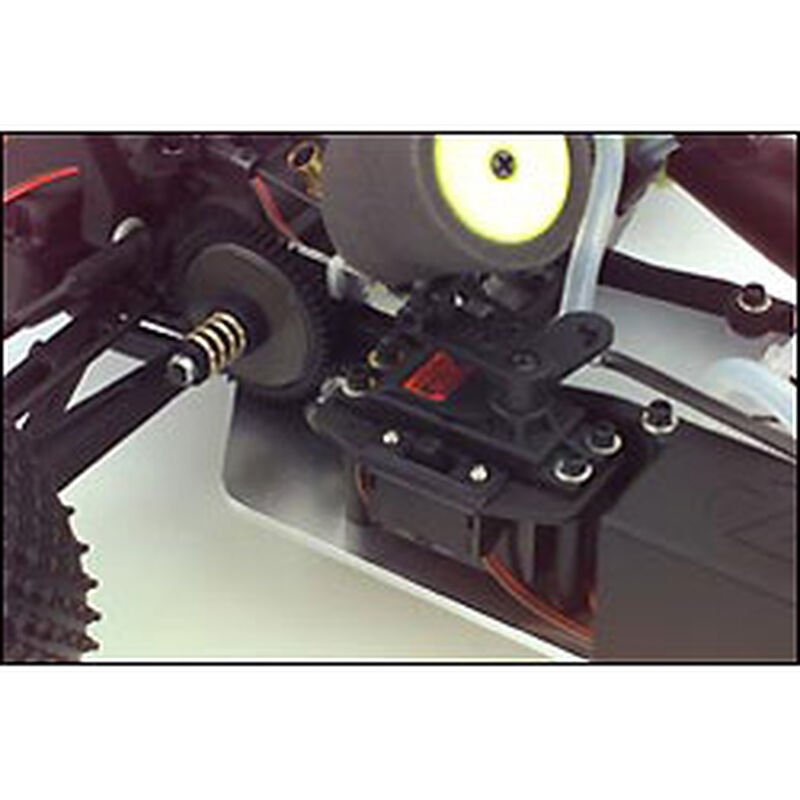 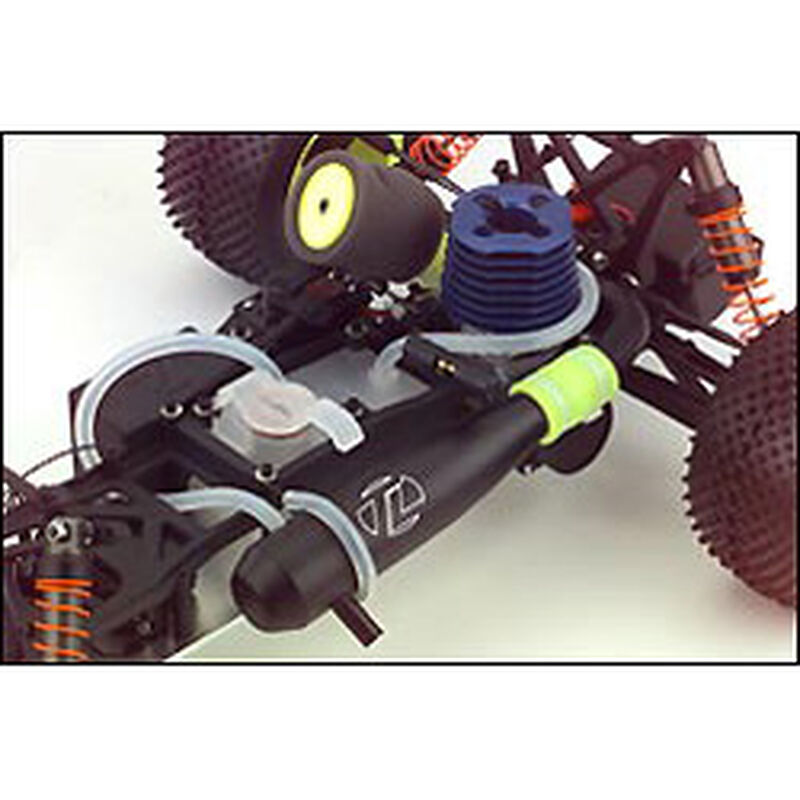 Item No. LOSA0880
This Item is No Longer Available

The most exciting thing about Losi's new XXX-NT Sport RTR just so happens to be nothing new at all. It boasts the same chassis design and suspension geometry as the kit built version that has been winning races and receiving critical acclaim, such as RC Car magazine's "Nitro Truck of the Year" award.

With the exception of the oversized Mach 15 engine, this is a similarly designed version of what a veteran racer would enjoy if he were to build a XXX-NT kit himself. At the center of it all is a rigid aluminum chassis plate. This in turn rides on a fully tunable, independent suspension. Hard anodized oil-filled shocks with race-quality coil springs smooth out the bumps. Ball bearings are everywhere, from the wheels to the drive train- no need to upgrade from bushings like other RTR stadium trucks.

The race proven design of Losi's low ratio stacked transmission is used to harness the impressive power of the oversized Mach .15 pull start engine. Aside from having a nicely equipped ready-to-run right out of the box, owners will appreciate that all replacement parts and accessories are standard XXX-NT items with excellent nationwide availability.

Losi has equipped the XXX-NT Sport RTR with JR's programmable XR2i radio system. The XR2i, while more sophisticated than any of the radios that come with competing RTR nitro trucks, is anything but complicated. In fact, racers don't have to know a thing about programming to take advantage of one of the XR2i's best features: Direct Access Digital Trims.

By simply moving the digital trim switches, you can trim throttle, brake, or steering in digitally precise increments that are automatically stored in the XR2i's memory. The next time the radio is used, the trims are exactly where they were left; no having to re-trim dials that have been bumped or moved. In addition, any time you change the trims; audible "beeps" of different tones let you know how far to the left or right of center you are. After using the XR2i for a while, racers are often able to change trim settings on the fly and know the position simply by listening to the "beeps."

As their skills progress, XXX-NT RTR owners can benefit from the XR2i's many other features, such as sub-trim, and end-point adjustments. The XR2i also has 2-model memory that can be used to store settings for another truck or two different setups for the XXX-NT RTR, like one for hard tracks and another for soft.

Bolted to the chassis is a large displacement Mach .15 engine with pull-start. It is coupled with a high efficiency aluminum tuned exhaust system that's designed to maximize power output. The Mach .15 is a cinch to start. It comes from the factory with the needles preset and makes getting started a successful, hassle-free experience. A handy operation guide is included, that explains how to tune nitro engines and gives tips on everything from safety precautions to tightening the differential.

Once it's broke in and leaned for peak power, the Mach .15 can have the XXX-NT Sport RTR scootin' down the straights at speeds around 35 to 40 mph-plenty fast to be a contender in most any Sport class competition.

Looks have never won a race, but if they did, the XXX-NT Sport RTR would be at the front of the pack. It comes out of the box with a splendid prepainted body already mounted on the chassis that looks good enough to have been painted by hand. Three-color schemes are available: Grape, Aqua, and Graphite. All that's really left to do is apply the included die-cut peel-and-stick decals, gas up, and go.

Losi's XXX-NT Sport RTR breaks the mold for ready-to-run sport nitro trucks. Its race-proven platform is at the heart of what sets it apart from the other RTR offerings in its price range. But it doesn't stop there. By giving novice nitro racers the added advantage of an easy-to-use programmable system, Losi has done nothing less but raise expectations for future sport RTRs.