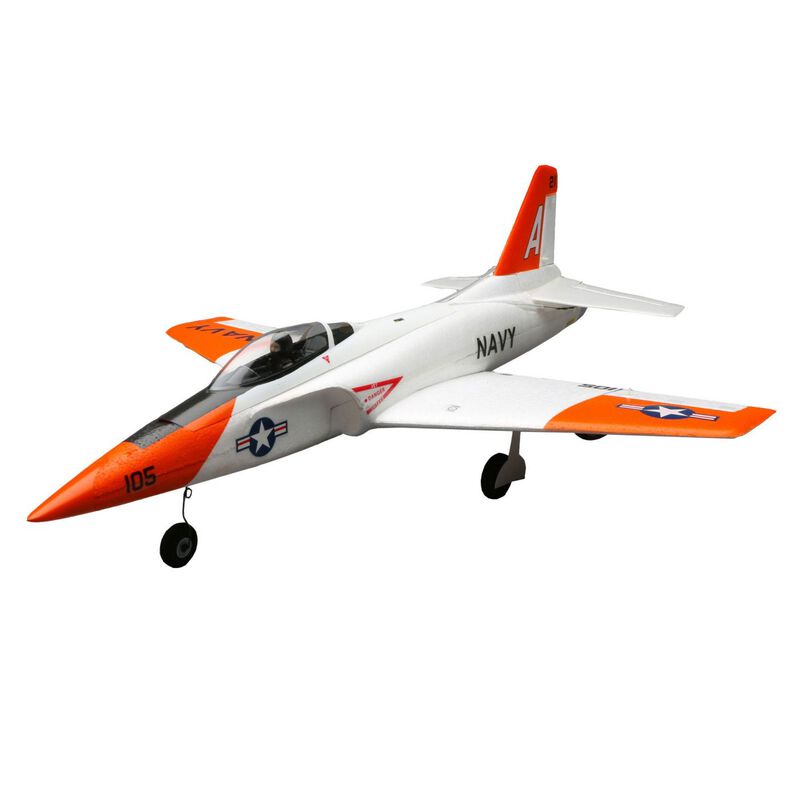 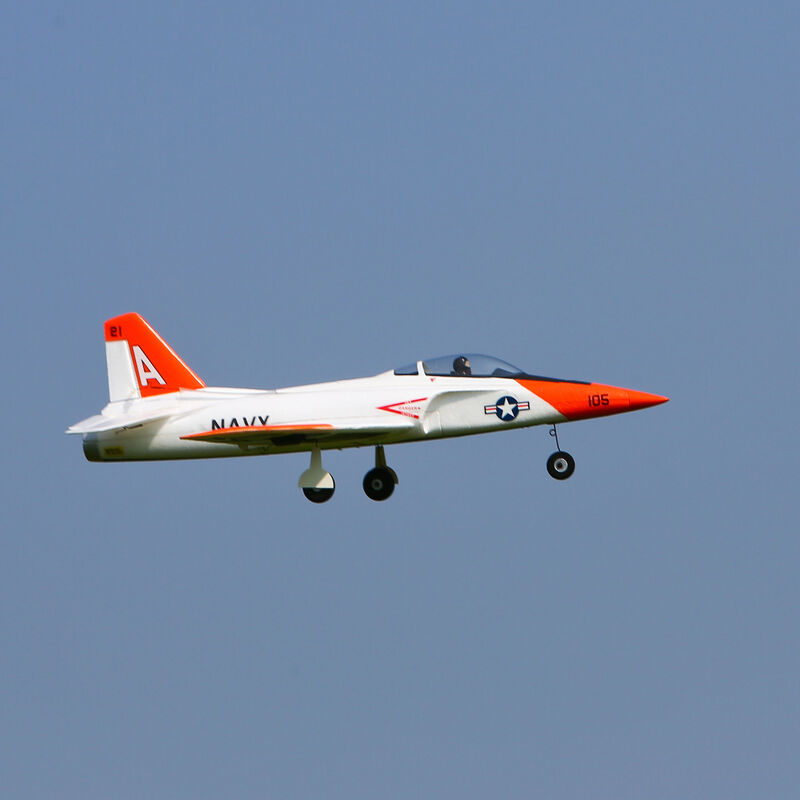 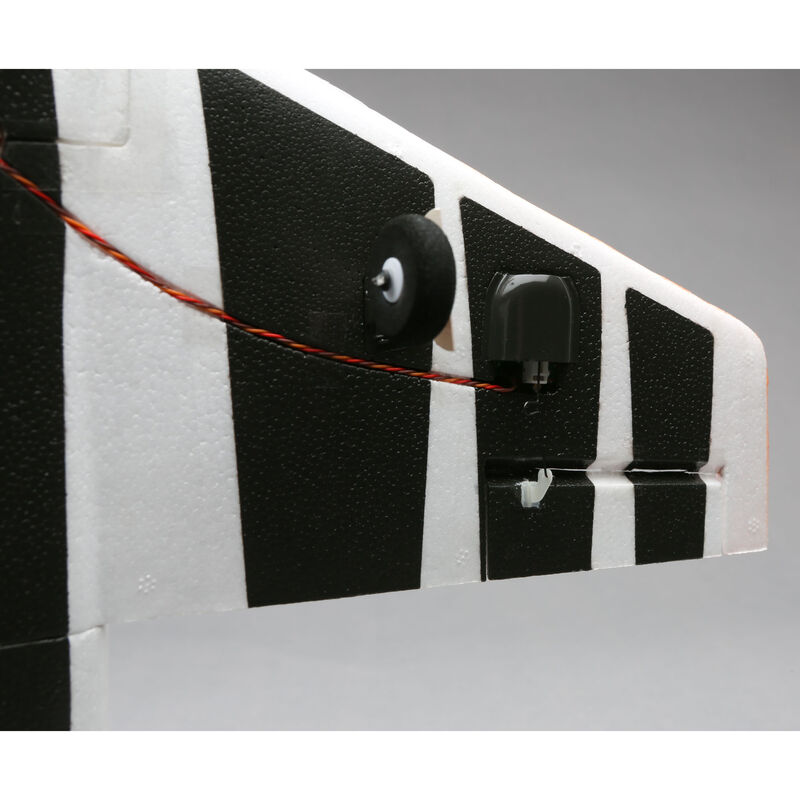 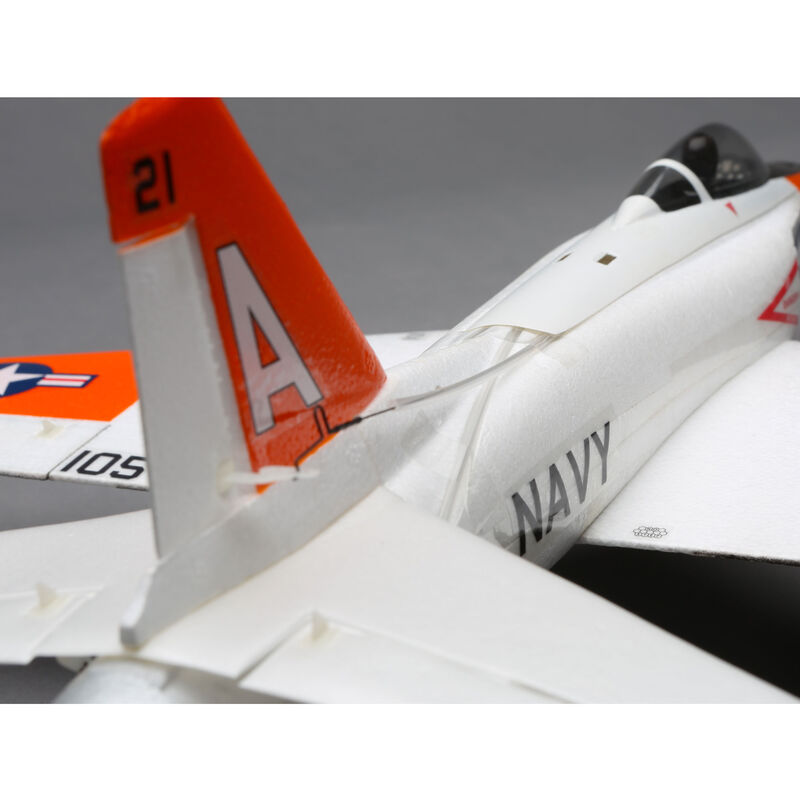 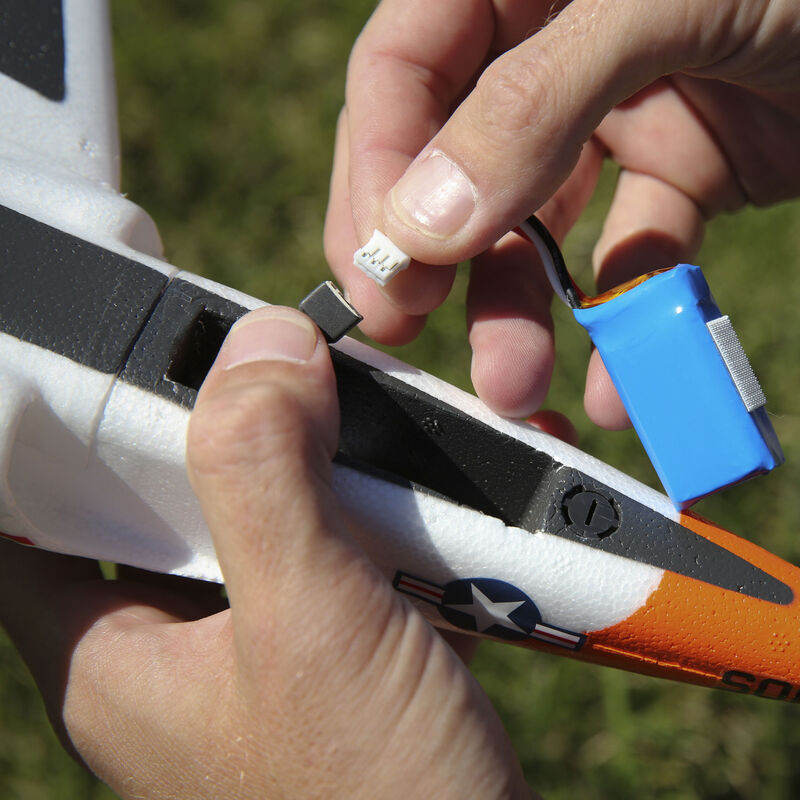 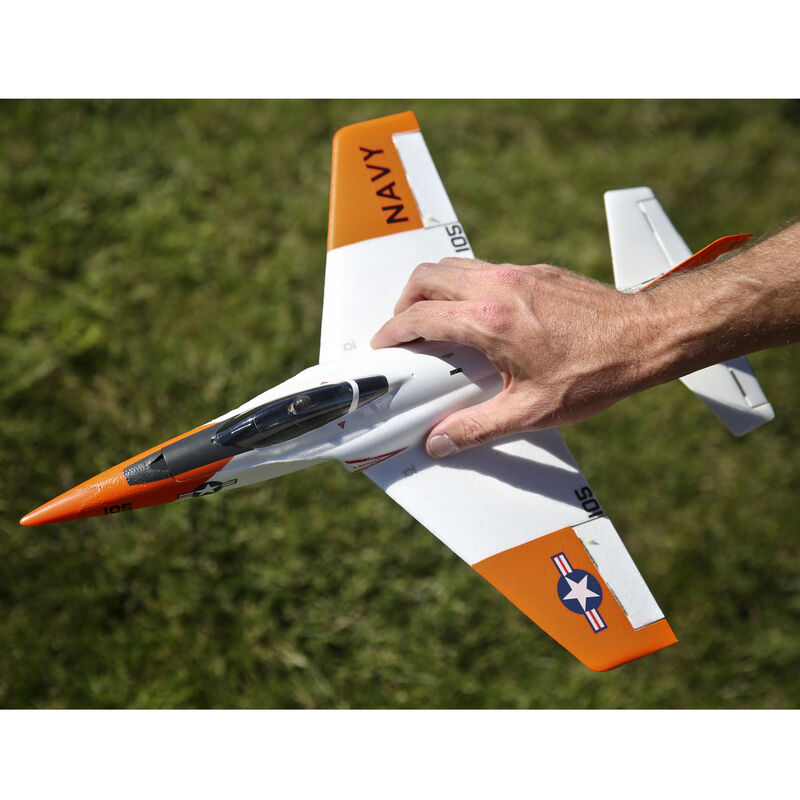 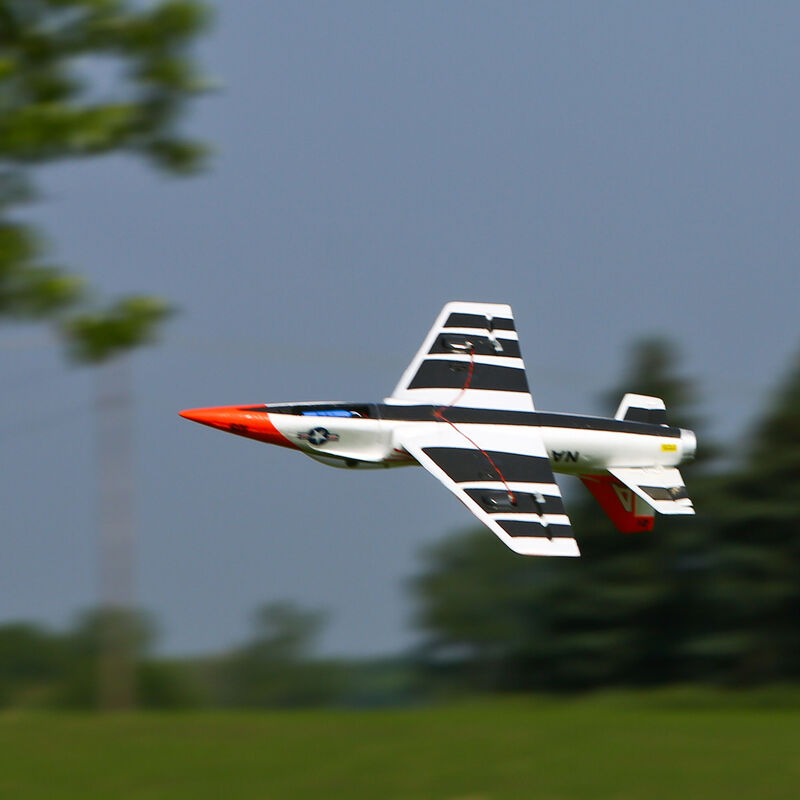 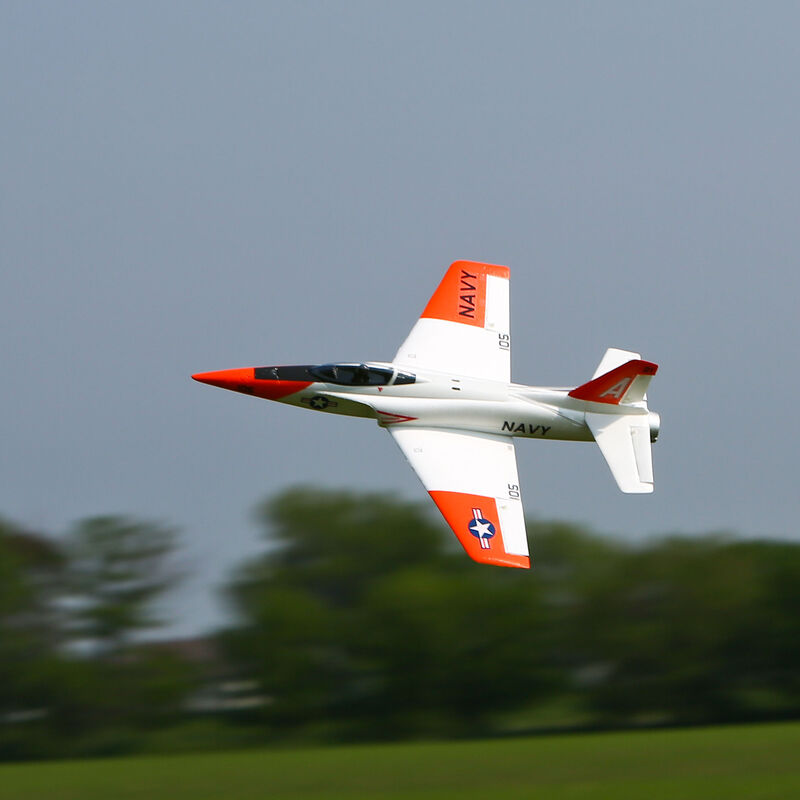 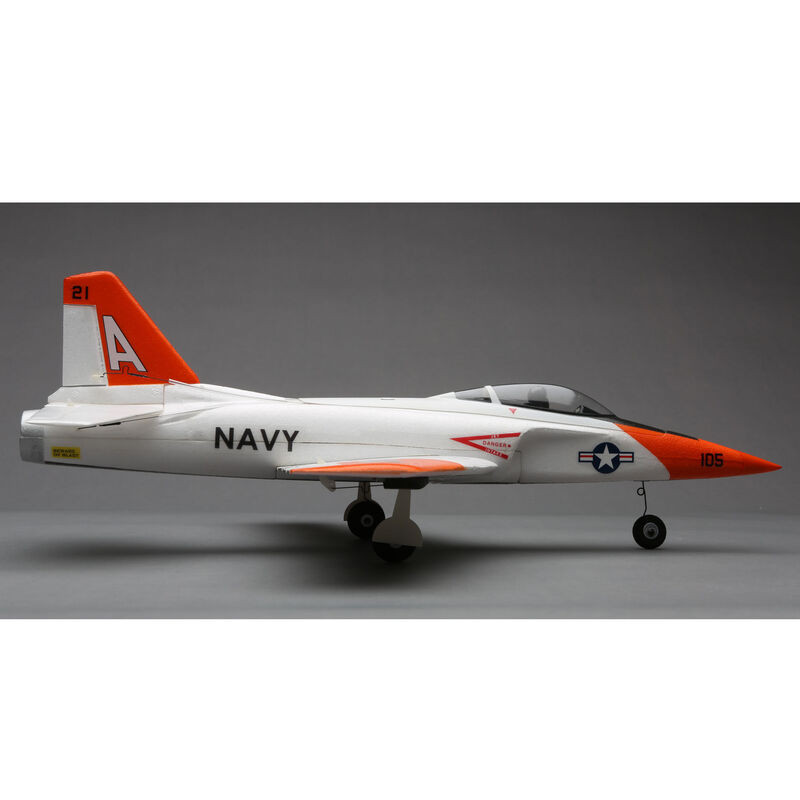 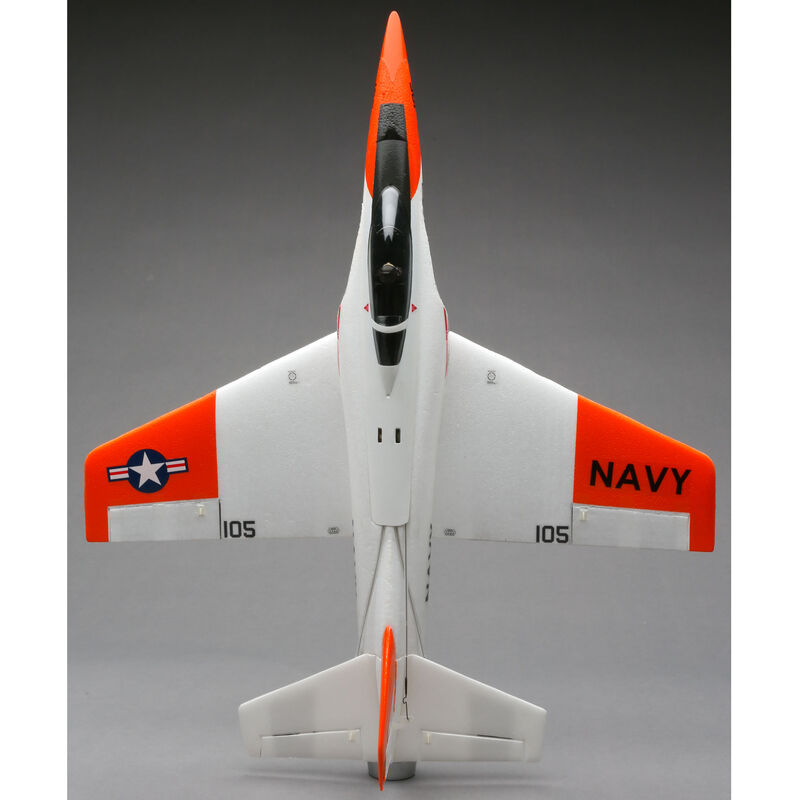 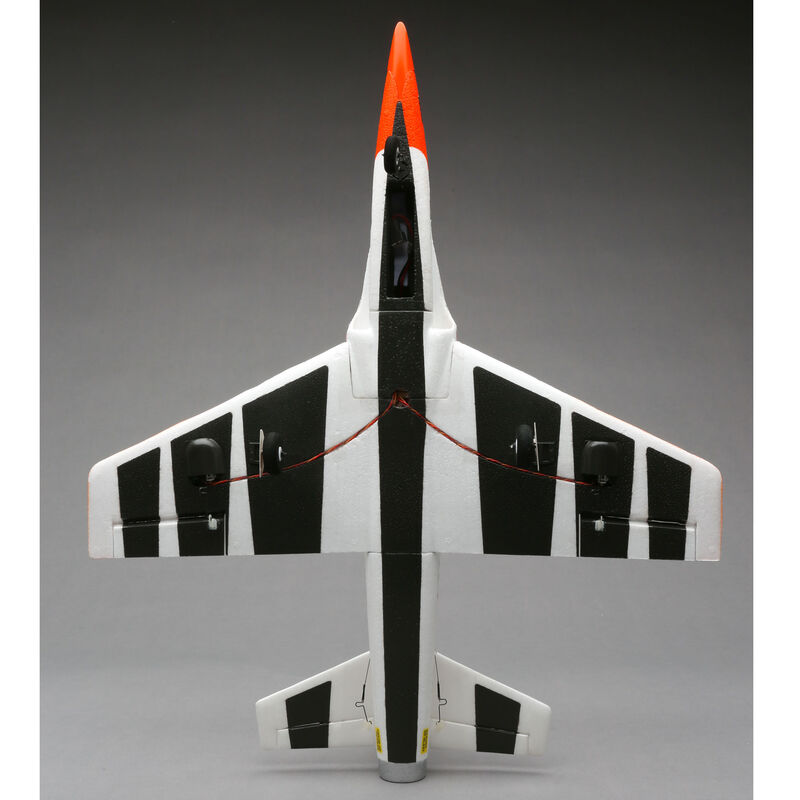 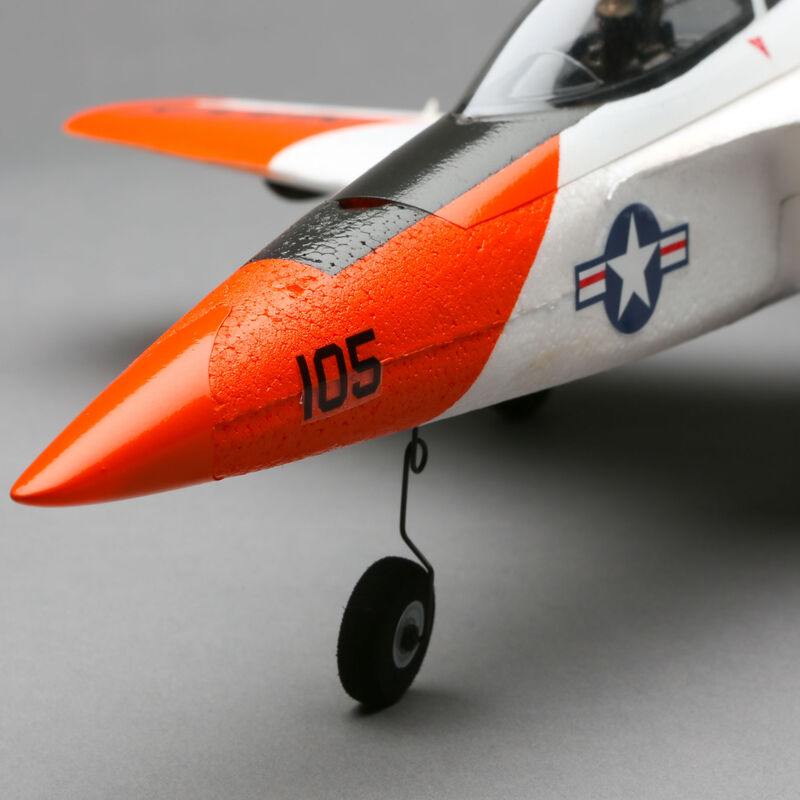 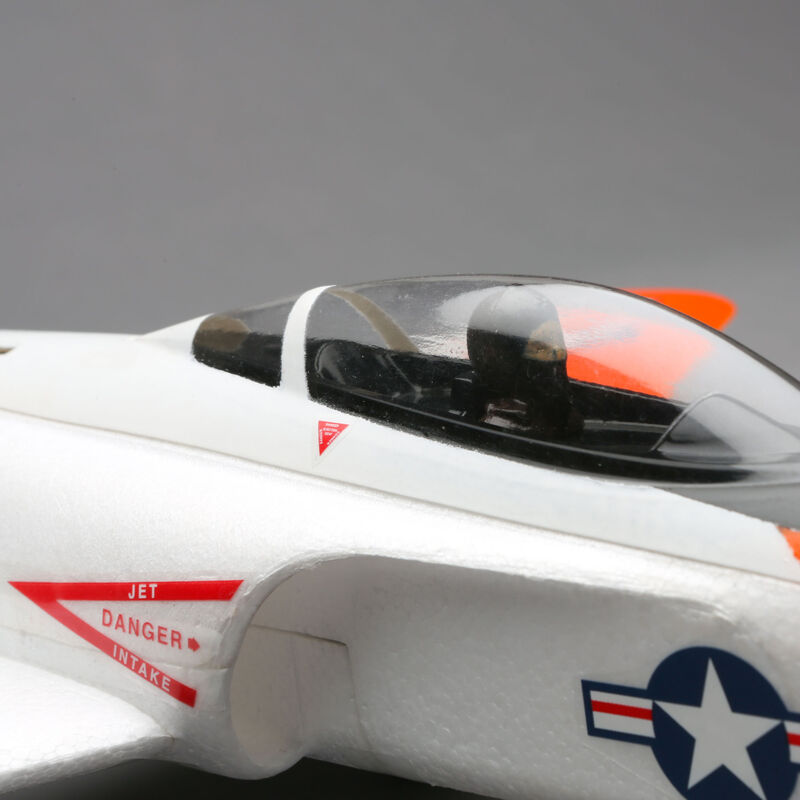 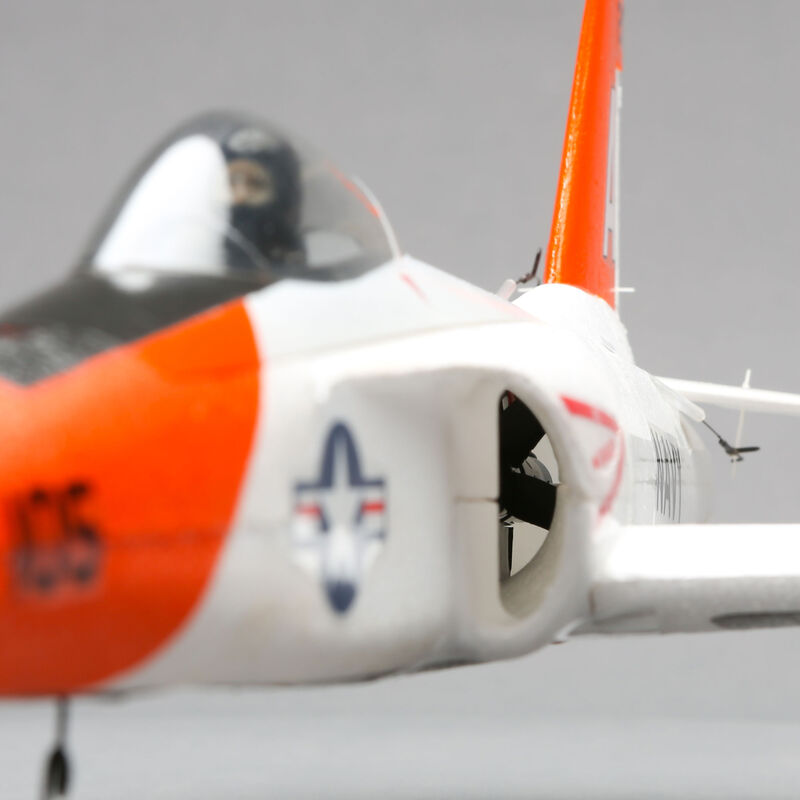 Item No. EFLU4380
This Item is No Longer Available

Fearless Sport Jet Performance
The E-flite® UMX™ Habu S EDF180 is a high-speed performance jet that’s sized to enjoy just about anywhere outdoors. Based on the original UMX Habu, this new ultra micro sport model delivers an unparalleled RC experience. That’s because for the first time in a jet, exclusive SAFE® technology has been built-in to give you the comfort of flight envelope protection plus the locked-in feel that a custom-tuned AS3X® system provides. In addition, Panic Recovery mode can be used anytime you run into trouble, by instantly returning the plane to level stable flight.

E-flite® UMX™ airplanes let you fly with minimal fuss. The Habu S EDF180 is designed to get you in the air in the time it takes to charge a battery. And because all UMX aircraft use advanced Spektrum™ DSM2®/DSMX® 2.4GHz technology, you’ll never have to worry about interference and will enjoy the freedom of flying them with a wide variety of Spektrum transmitters available.

Panic Recovery Mode
1. Pilot loses control of the aircraft in any flight mode.
2. Pilot pushes the panic recovery button. The aircraft will return to level flight...
3. ...once the aircraft is flying straight and level, the pilot returns all other controls to their neutral position and continues a gentle climb to a safe altitude.

Advanced Spektrum™ Control
The electronics installed deliver precision control of the throttle, ailerons, elevators and rudder. Advanced Spektrum™ DSMX® 2.4GHz technology means that you’ll never have to worry about interference and will enjoy the freedom of choosing to fly with a wide variety of Spektrum transmitters available

Powered by
4.3 star rating 51 Reviews
0 Questions \ 0 Answers
ask a question
write a review
(31) (13) (2) (2) (3)
Show all reviews
ask a question
write a review
Thank you for posting a review!
We value your input. Share your review so everyone else can enjoy it too.
share
share
share
Thank you for posting a review!
Your review was sent successfully and is now waiting for our staff to publish it.
Thank you for posting a question!
Please click on the link in the confirmation email we just sent you to submit your question.
Your question will appear on the site once someone answers it.
write a review
ask a question
Updating Results
Verified Reviewer
0.0 star rating
10/27/20
Review by Anonymous User
On
share ' Share Review by Anonymous User facebook facebook Share Review by Anonymous User twitter twitter Share Review by Anonymous User LinkedIn linkedin Share Review by Anonymous User
10/27/20
Was this review helpful? 0 0
N
Neolithic1 5.0 star rating
11/12/17
Why did we wait?!!!
Review by Neolithic1 on 12 Nov 2017 review stating Why did we wait?!!!
One evening,, after flying our planes, my brother and I came to my house to watch the videos we had made. After that, we got on line to see what other UMX planes were available. We saw the Habu, but had never flown a jet before and didn't know what to expect... but after watching a few on line video's of the Habu we raced to our computers to order one... I'm not kidding... we raced to our computers and each ordered one right away.

When they arrived we were pretty impressed with them. We were both surprised how light they are. But holding them in your hand and inspecting them is impossible to avoid. I couldn't resist looking up the exhaust cone to see the fan. It was hard to imagine that the little fan in there propels this plane. I even bumped the throttle real quick after binding it to see it roll across the table.

Not knowing what to expect we kept putting off flying them. We were waiting for a calm day that we could fly in an open field. A month passed. We couldn't wait any longer. We took them out today, in 8 to 12 mile per hour wind!

Jim was first to fly his. It ran across the asphalt without issue and took to the air. A gentle climb up and around to the end of the &quot;runway&quot; and a slow pass back by. Wow! it managed the wind quite well, although bobbing and wagging a little at times, but we were most amazed by how slow it could go and stay aloft. That and how it sounds like a little jet. Very cool. He finished his flight and then I took mine up. What a joy to fly. It did real well in the wind, was good with slow passes and was easy to land. Just keep the speed up about 1/4 to 1/3, bring it down to just above the pavement and cut the power. We flew 10 batteries apiece through these birds and wished that we had more. Now we can't wait to fly them again.

We did have a bump or two trying to land in the wind. We each had one of the rear landing gear pop off when we landed. Not a problem... a little medium CA and 10 minutes later they were ready to fly. Mine was a little nose heavy when I was using the 280mAh batteries, but it controlled without any perceived trouble. I took mine out of Safe mode and did some rolls and loops. Not the most nimble plane for these maneuvers, but it did do ok. We had more fun with them staying as close to the ground as we could. They handled great in the wind... not even dropping like other planes will when you turn through the wind. We flew together a few times. It was cool to see two of them coming toward you, fly by closely, then bank and climb to the right along side each other.

What are you waiting for? Get a jet now before we buy them all!!! 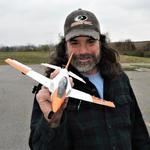 It is a very versatile flyer--from docile and gentle in beginner mode to heart-pumping aerobatics in advanced. SAFE has saved this plane many times. I have a lot of experience with conventional R/C aircraft, but wouldn't want something this fast and nimble without SAFE.

It flew well out of the box, but per suggestions of others I added a strip of clear tape on the leading edges of the wings and horizontal stabilizer. I have not flown it with the landing gear as I prefer the &quot;gear up&quot; profile in the air and I do not think the gear attachments would take anything but a very soft landing. I also added a strip of dark foam along the bottom of the fuselage to act as a cushion upon landing. It is inconspicuous and protects the delicate foam from abrasion.

I experienced a receiver lock-up problem, but customer support stood by their product and sent a replacement. I have experienced no other issues.

The plane is great fun and handles winds up to 15+ mph with ease. I do not recommend it for beginners as it is very fast and could easily fly out of sight if it &quot;gets ahead&quot; of the pilot. 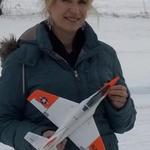 On UMX Habu S 180 28mm EDF Jet BNF with SAFE
share ' Share Review by Rrichs85 on 16 Jan 2017 facebook facebook Share Review by Rrichs85 on 16 Jan 2017 twitter twitter Share Review by Rrichs85 on 16 Jan 2017 LinkedIn linkedin Share Review by Rrichs85 on 16 Jan 2017
01/16/17
Was this review helpful? 0 0
Slideshow
Slide controls
Loading...
Powered by
S
S1end3r E. 5.0 star rating
03/09/15
UMX Habu S Customer Review
Review by S1end3r E. on 9 Mar 2015 review stating UMX Habu S Customer Review
Like the original UMX Habu and the late UMX MiG-15, this new ultra micro brushless EDF doe not disappoint. It is faster and more maneuverable than the MiG(which is also pretty fast), and the SAFE system is a nice little bonus. (not that I use it, but I have tested it and it works flawlessly). Like the previous generations, the UMX Habu S uses the same power system. The design is the key factor in its advantage over the MiG. It has a slower handling speed and does not stall too easily. With SAFE on, it was a real challenge to get it into any sort of stall. I recommend following the instruction manuel and looking on RC forums for more information. Like all other ultra micros, the horizontal tailplane is not super strong, so be sure
to go easy on it. Top speed can be achieved with the landing gear off. Due to its small size, adequate power, and maneuverability, I have been able to fly in very small and very obstructed spaces easily. I would recommend this little jet to the intermediate pilot. The only drawback is that the 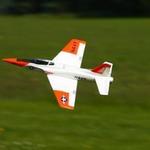