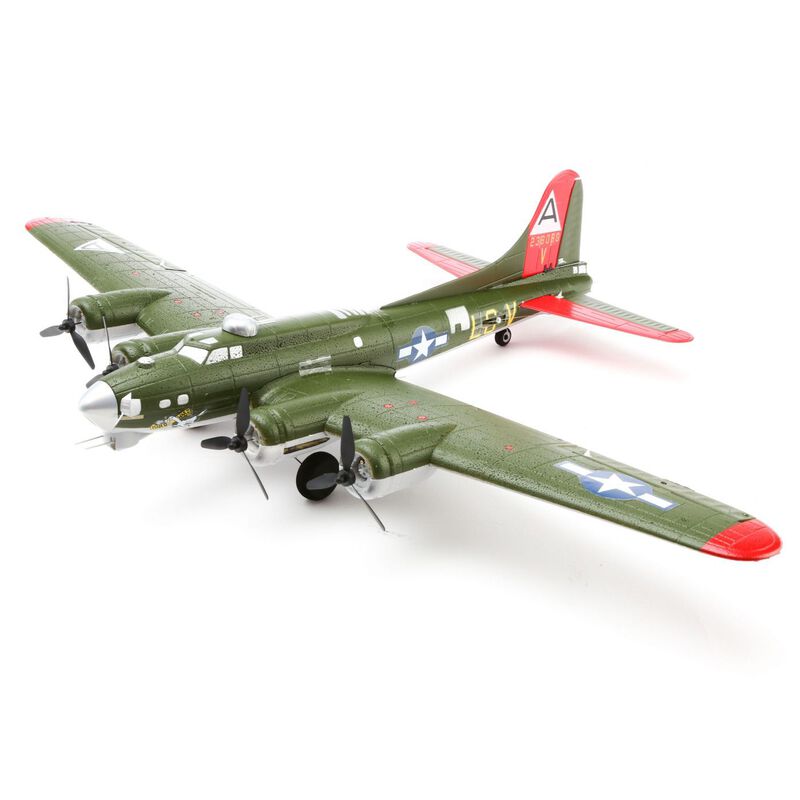 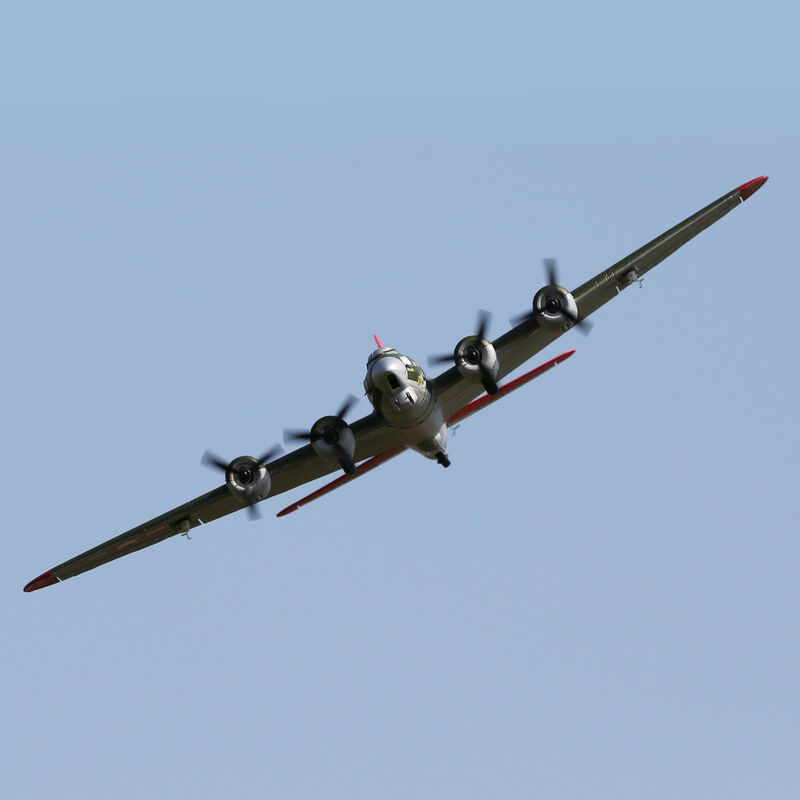 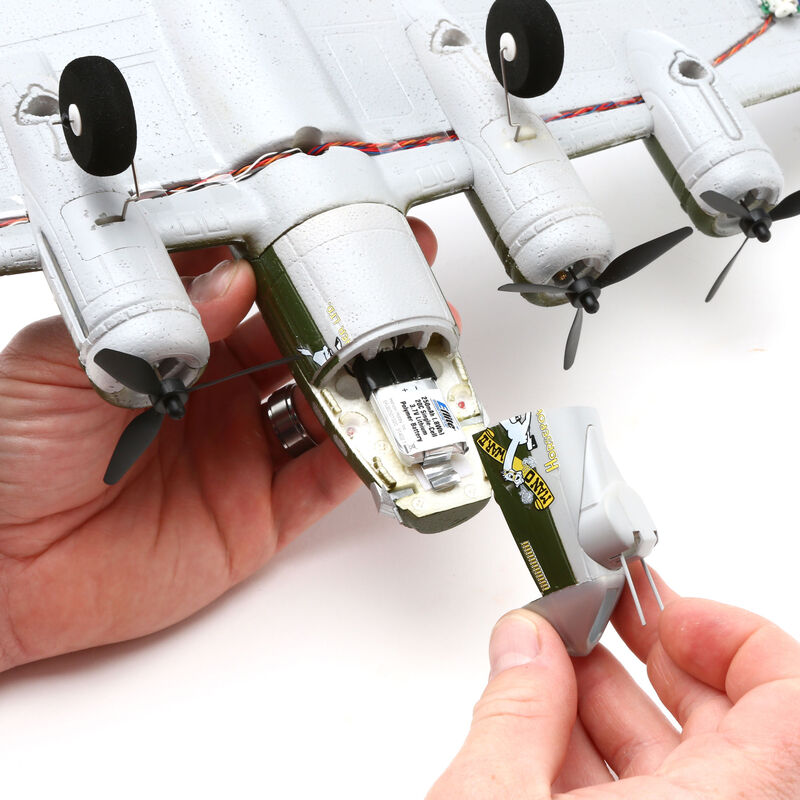 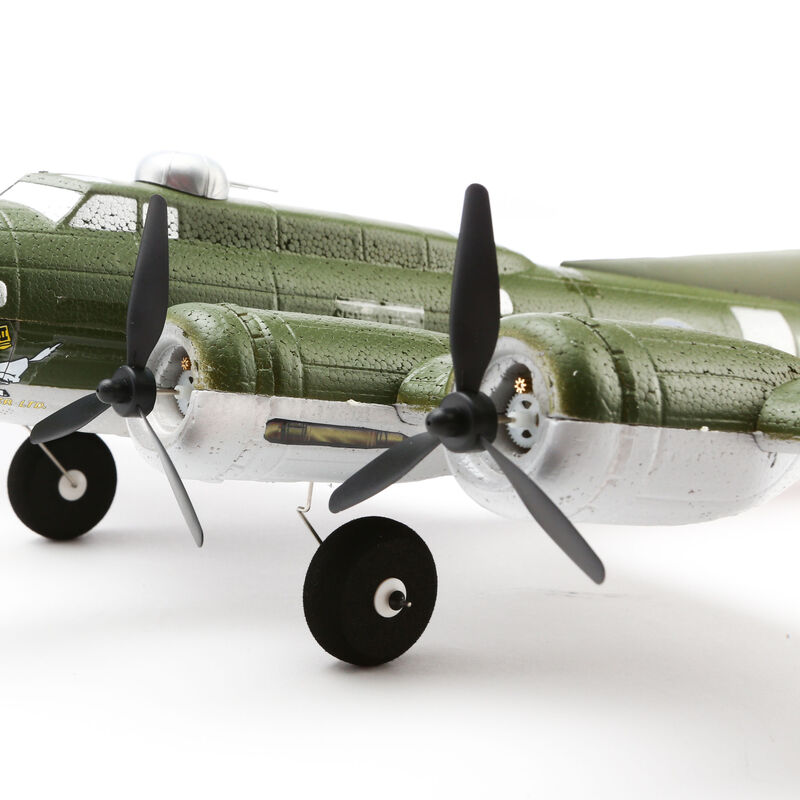 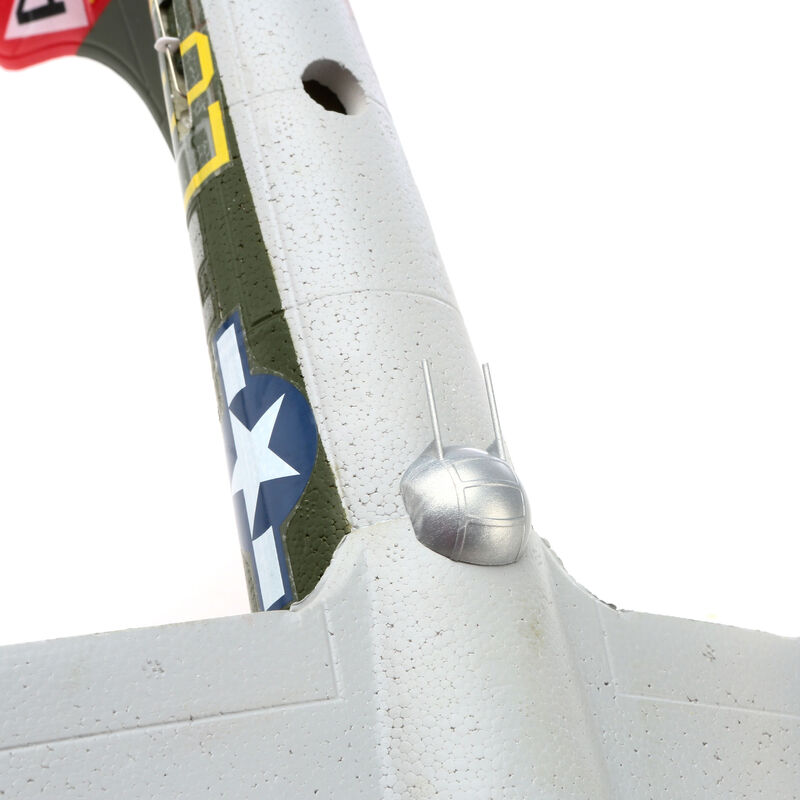 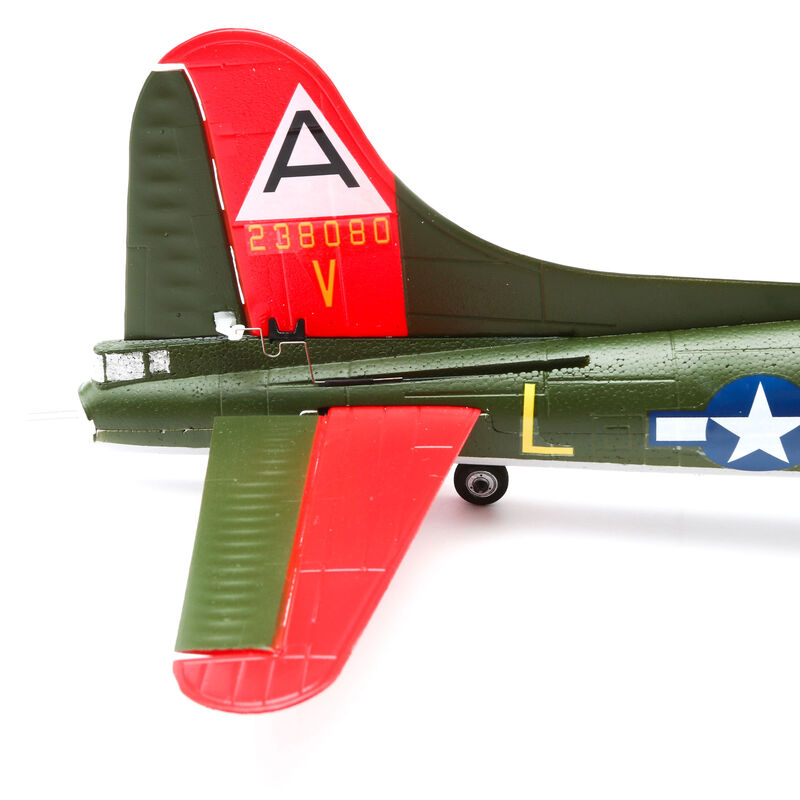 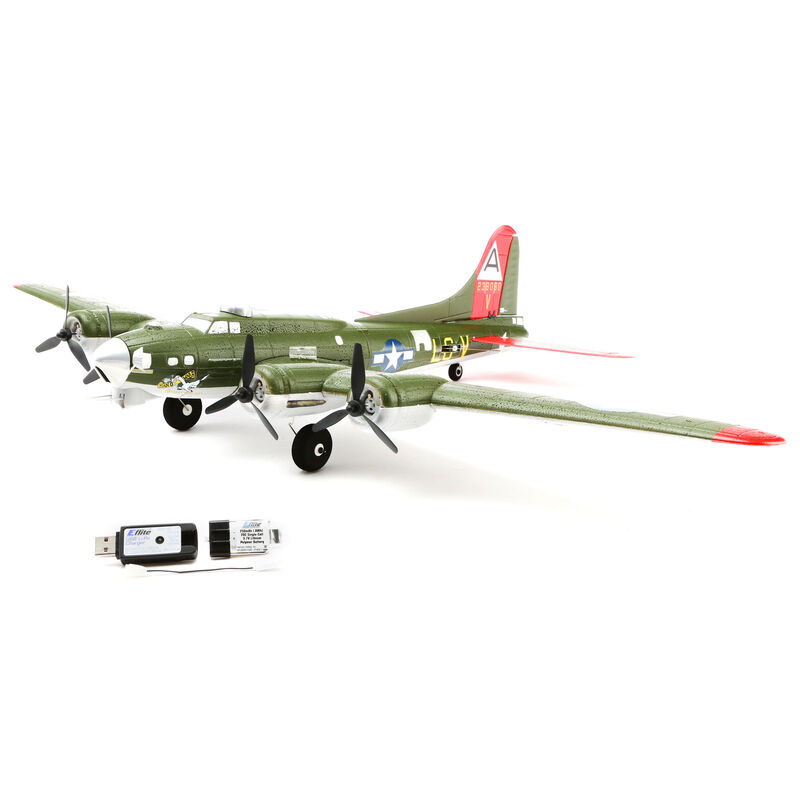 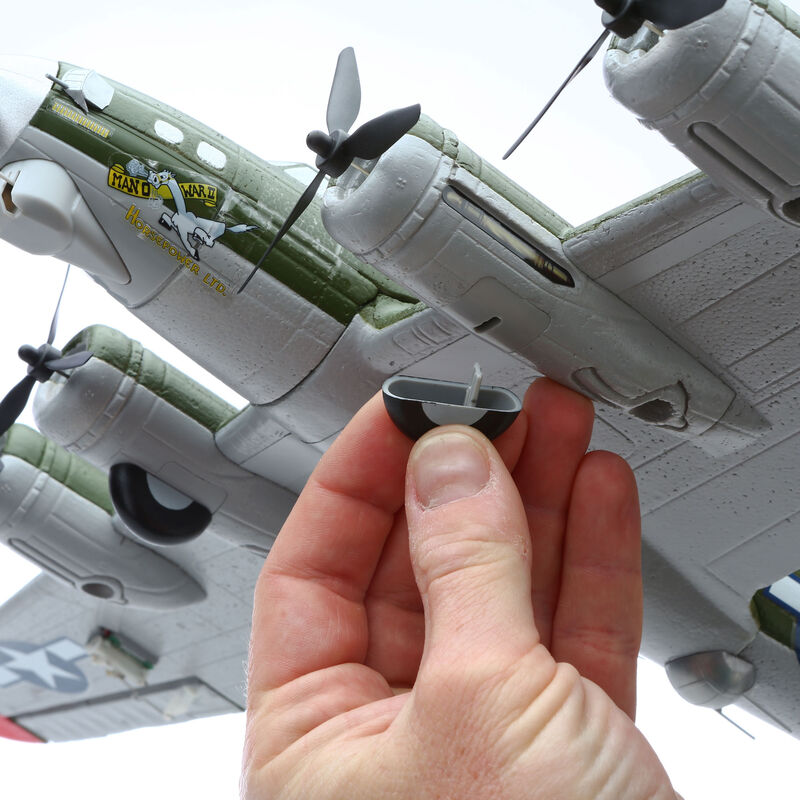 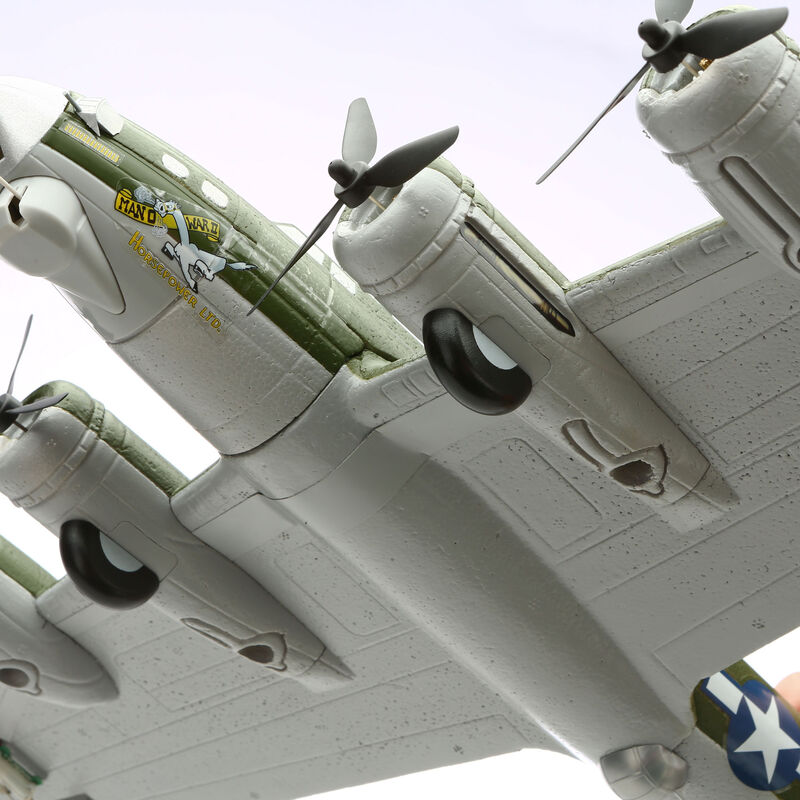 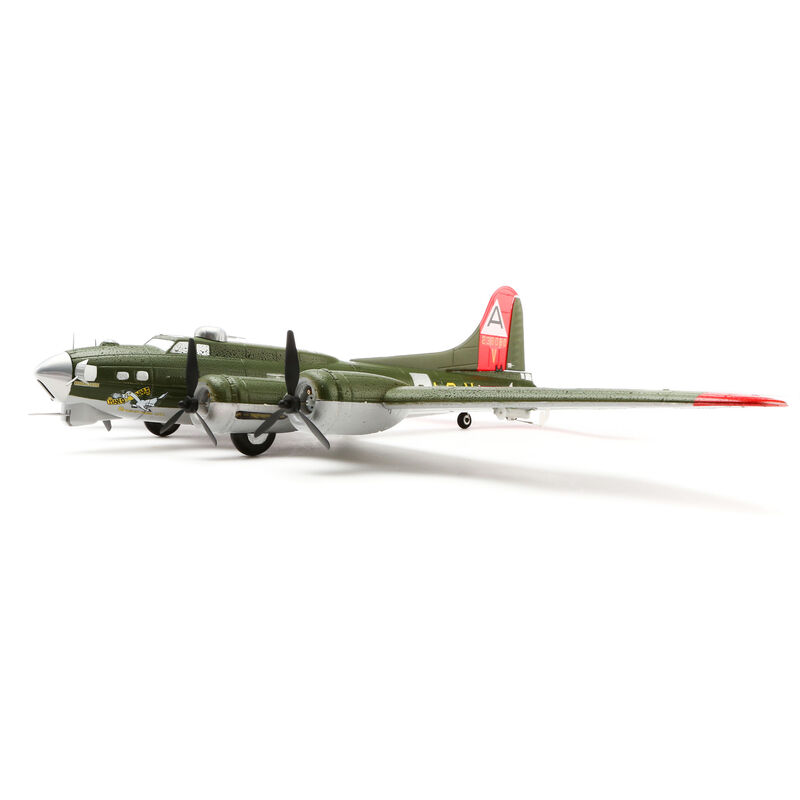 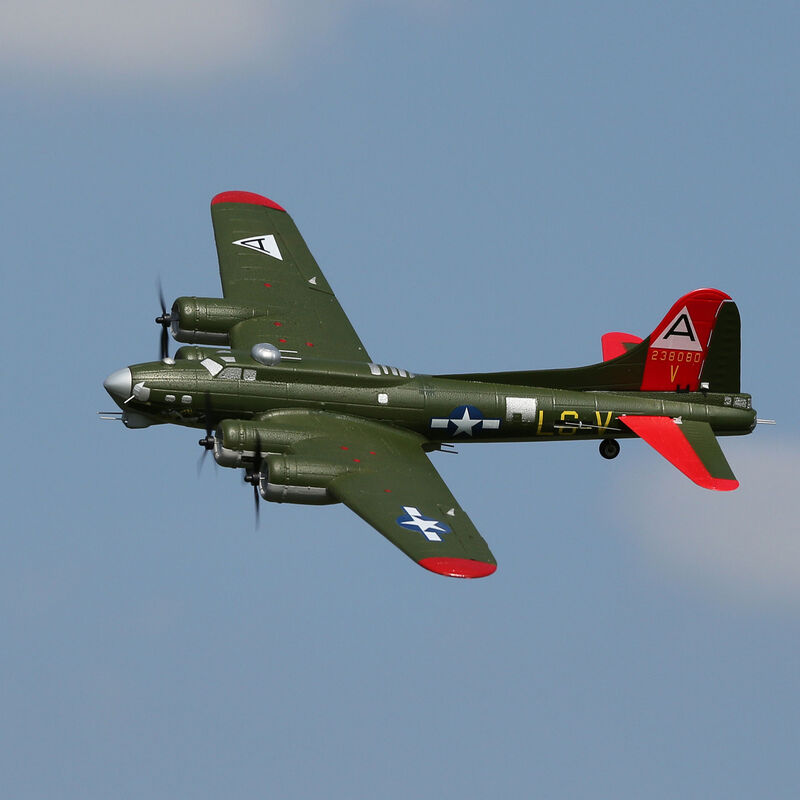 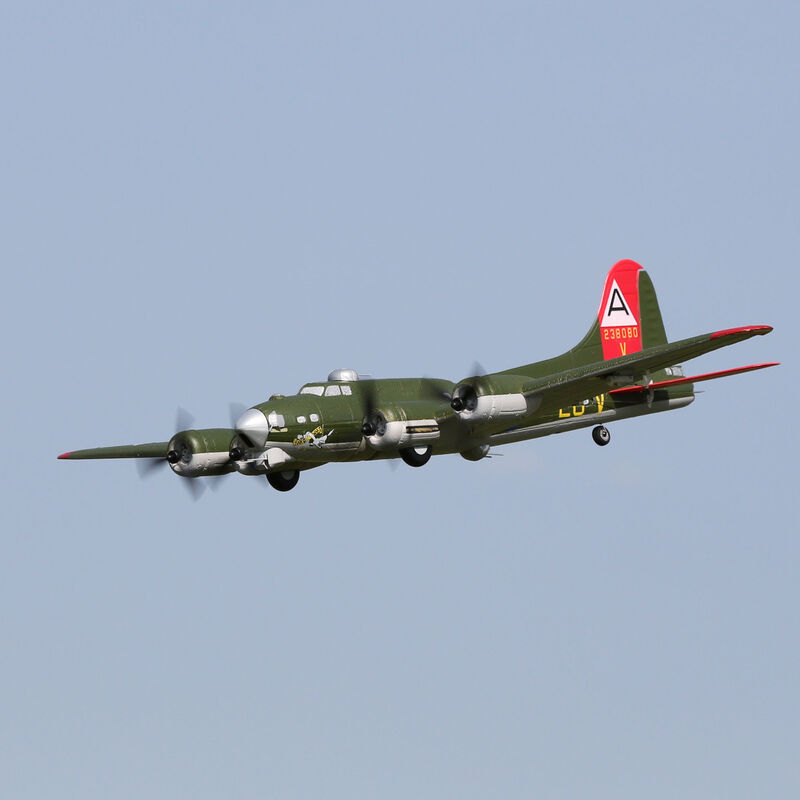 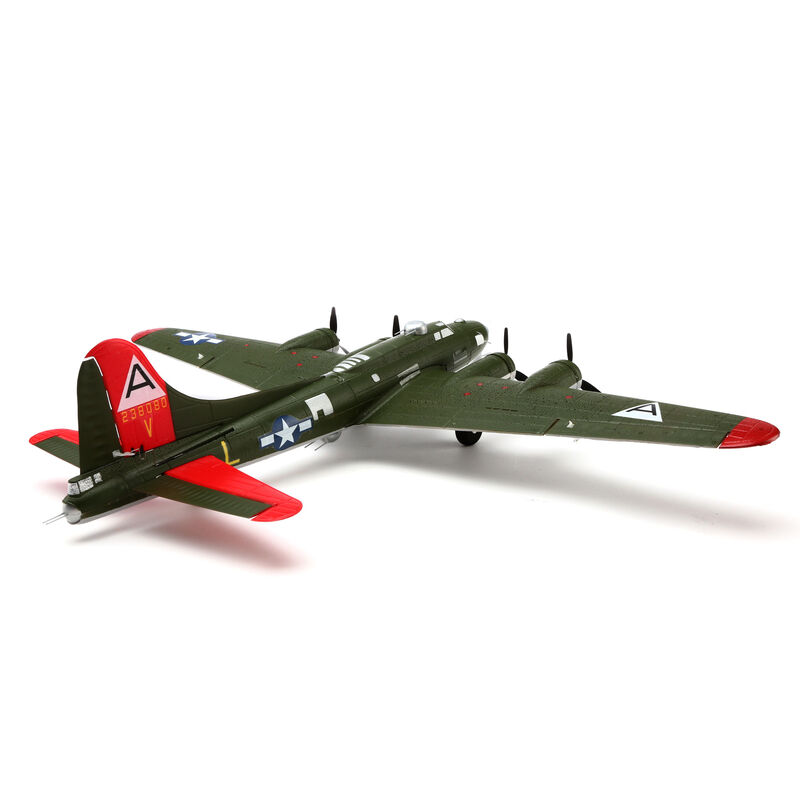 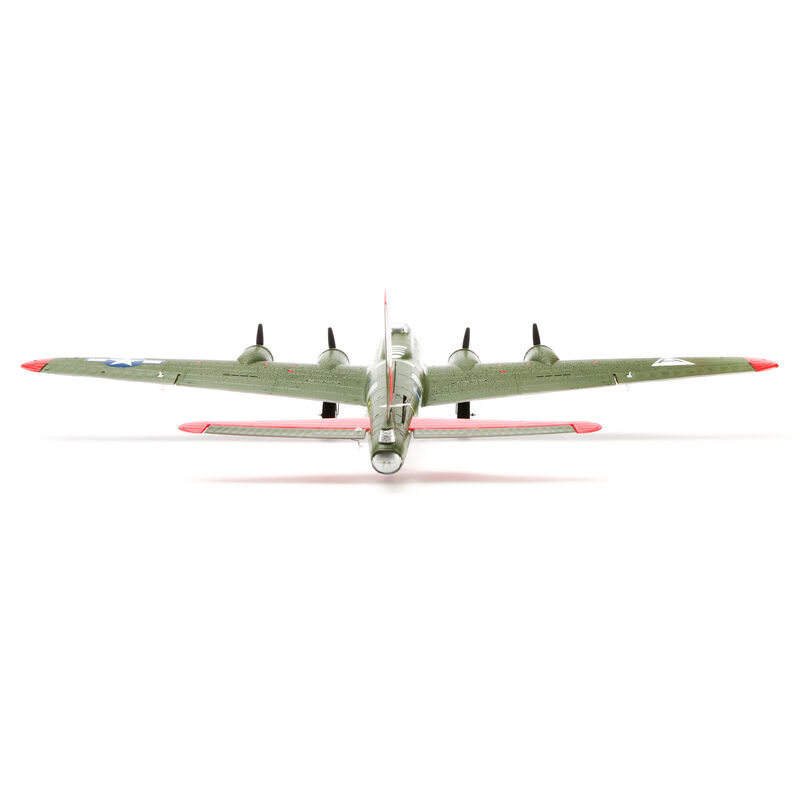 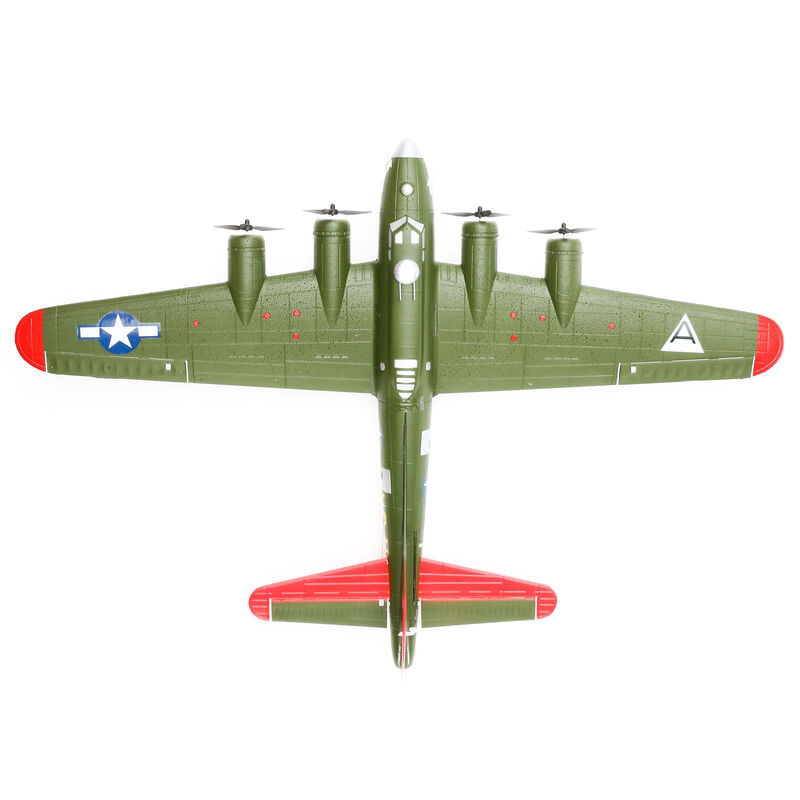 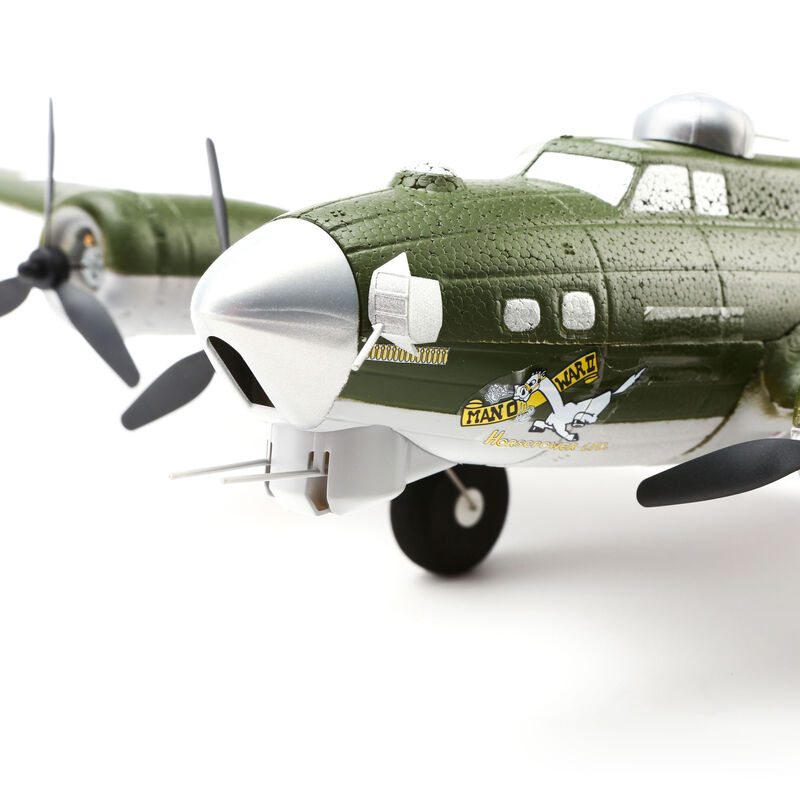 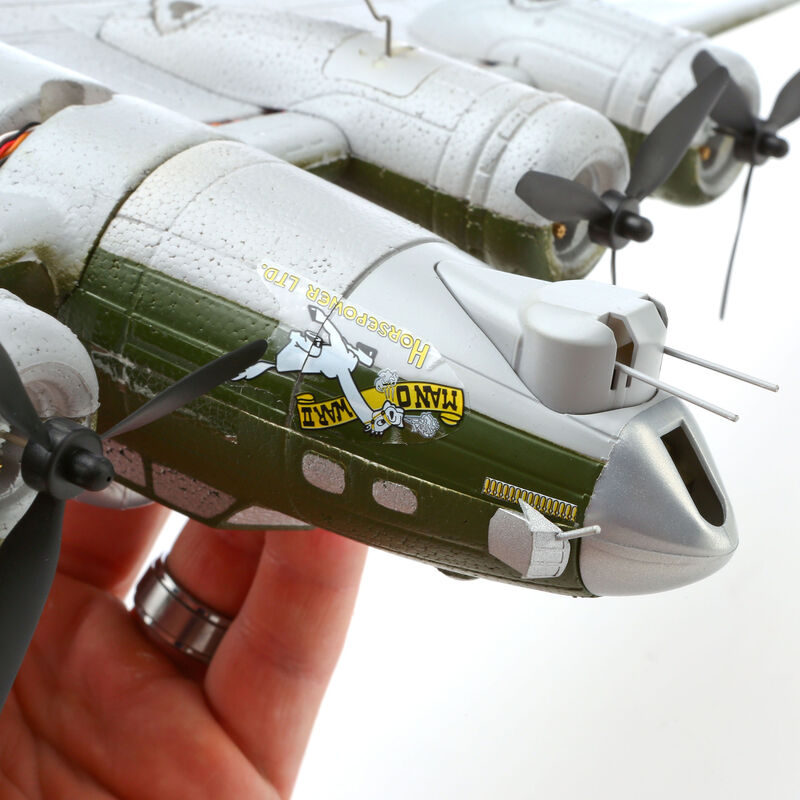 Item No. EFLU5380
This Item is No Longer Available

Conceived in the mid-1930s by Boeing Aircraft Company, the B-17 aircraft not only demonstrated capabilities beyond expectations over Europe, around the globe it went on to deliver military service well into the 1960s. She was dubbed the "Flying Fortress" for her incredible defensive firepower and is credited with downing 23 enemy aircraft per 1,000 raids that devastated European targets in daylight raids with 640,036 tons of bombs. Now known as the most famous bomber of WWII, heroic crew members loved the B-17 for her ability to withstand extensive combat damage and still return home safely.

The E-flite® UMX™ B-17G Flying Fortress model is an ultra micro marvel. Not only is it the first ultra micro RC model of the famous WWII bomber, it includes innovative AS3X® technology that makes flying more fun. Built into the Spektrum™ DSMX® receiver, AS3X technology has been specially tuned to combat the effects of wind and turbulence so you get the kind of locked-in handling that’s comparable to an expertly tuned airplane that’s much larger. With four motors, three-blade propellers and full four-channel control plus an abundant amount of scale detail, it’s a replica you can fly almost anywhere.

Whether you’re an intermediate park pilot looking for your first RC multi-engine experience or a scale pilot looking for a unique replica that can be flown anywhere, the E-flite UMX B-17G Flying Fortress is ideal. All you need to start flying today is your favorite 4+ channel aircraft transmitter with Spektrum 2.4GHz DSM2®/DSMX technology.

Ultra-Smooth Flight
The advanced AS3X® (Artificial Stabilization - 3-axis) system built into the Spektrum™ 6-channel ultra micro receiver is what helps give the E-flite® UMX™ B-17G Flying Fortress an incredibly solid look and feel in the air. This technology works behind the scenes to help counter the effects of wind and turbulence by combining 3-axis sensing with flight control software tuned exclusively by Horizon Hobby product experts. As a result, your workload is significantly reduced while control feel is natural and precise so you can focus on making victory passes laser-straight. It’s an impressive scale flight experience that will have you convinced that you’re at the controls of an expertly-tuned multi-engine airplane that’s much larger.

Removable Landing Gear
The plug-in main landing gear can be replaced with simulated retracted wheels and the tail wheel can be removed for an authentic gear-up flight appearance.

PLEASE release other 4 engine heavies. Would love to see a B-24 and a Lancaster in the same scale. 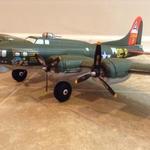