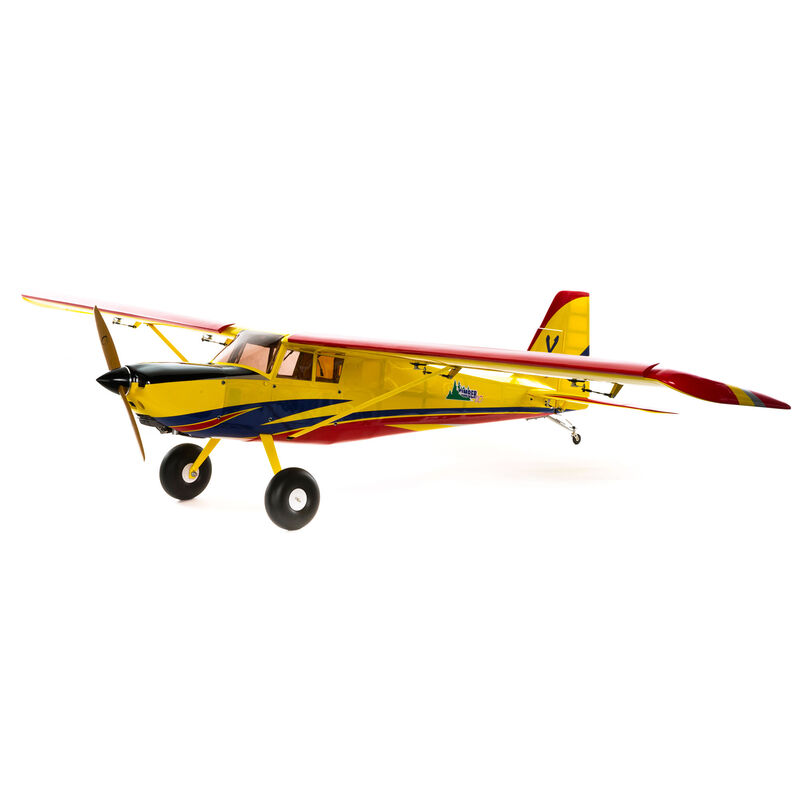 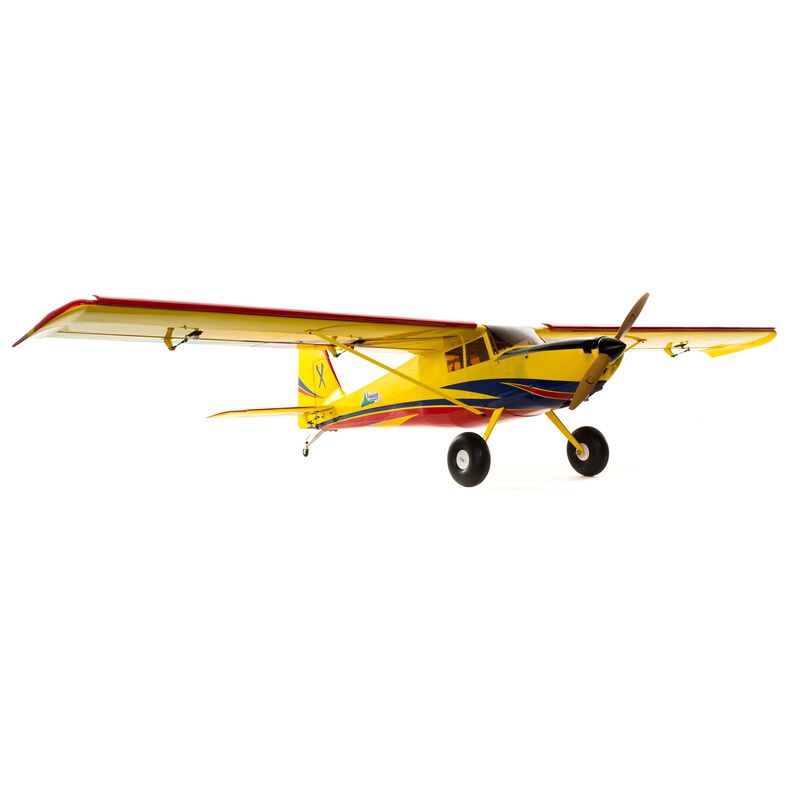 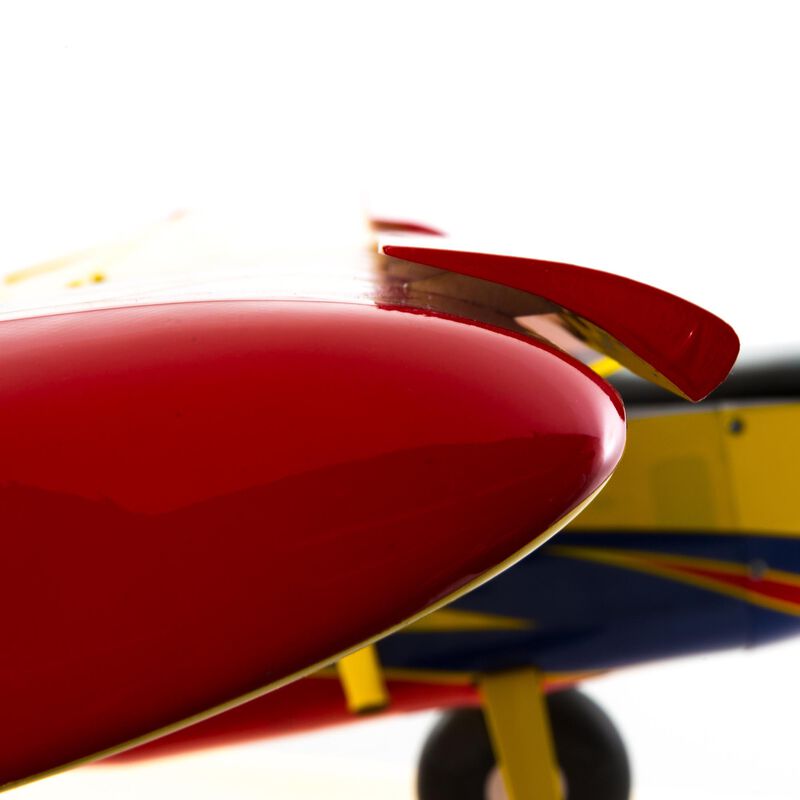 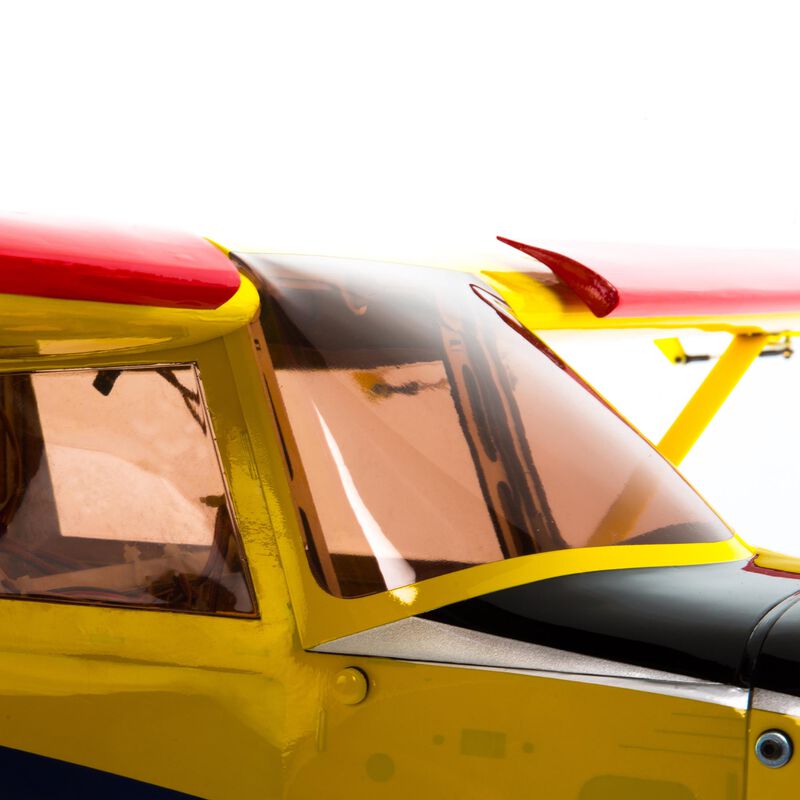 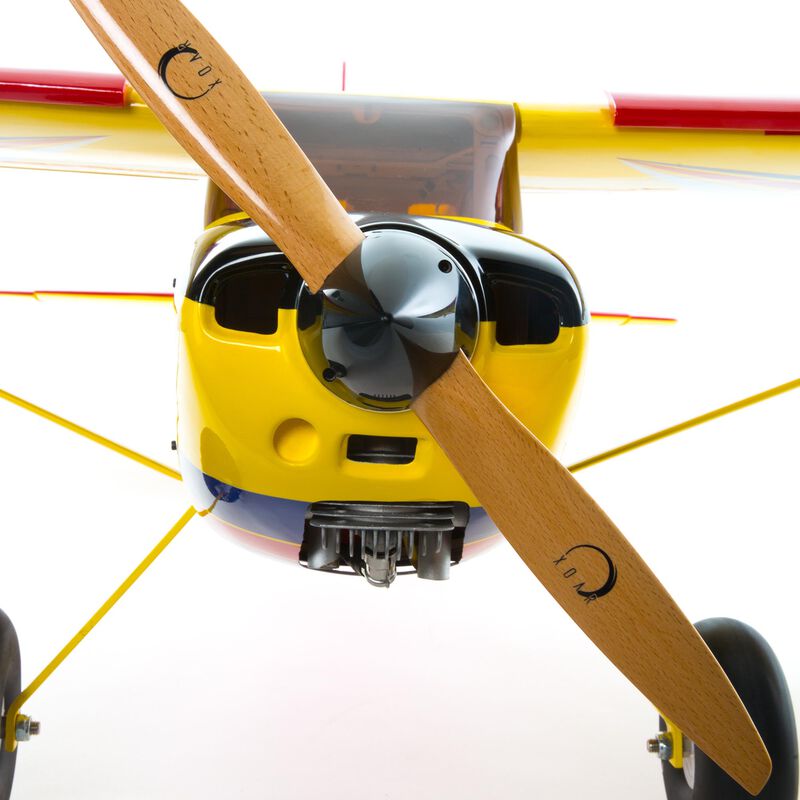 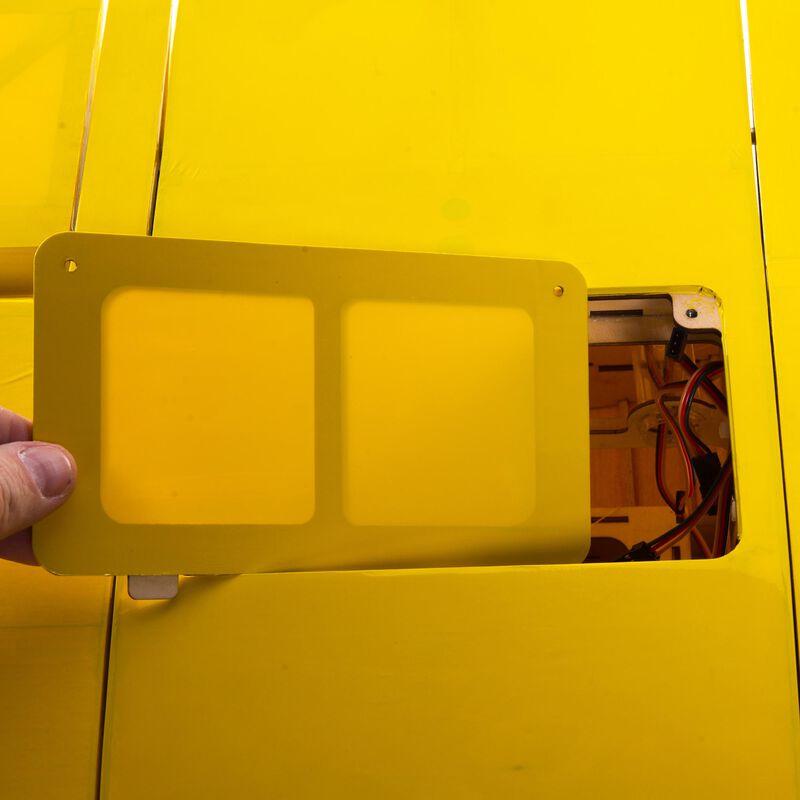 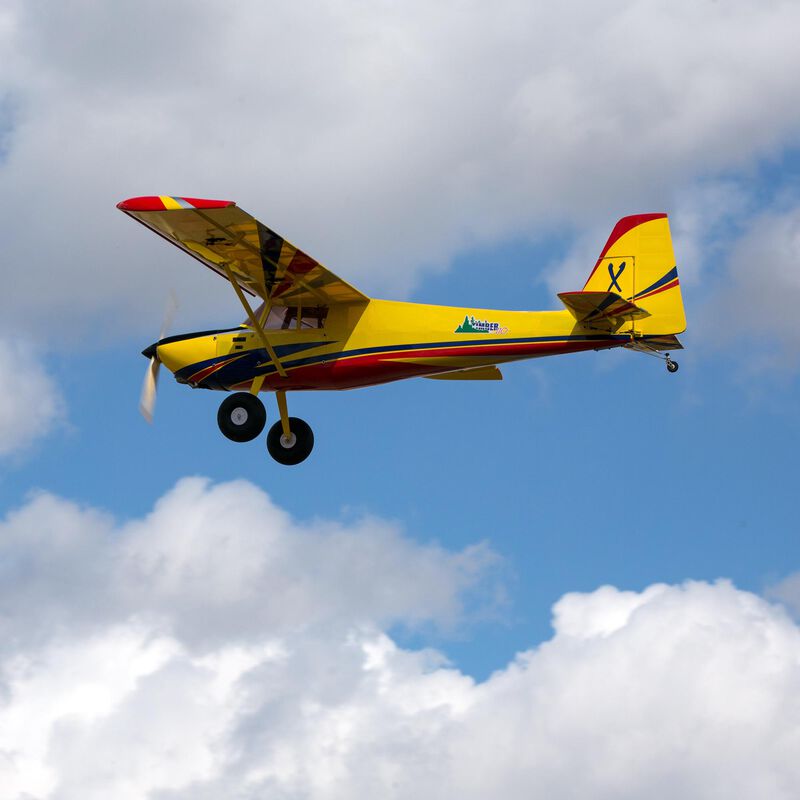 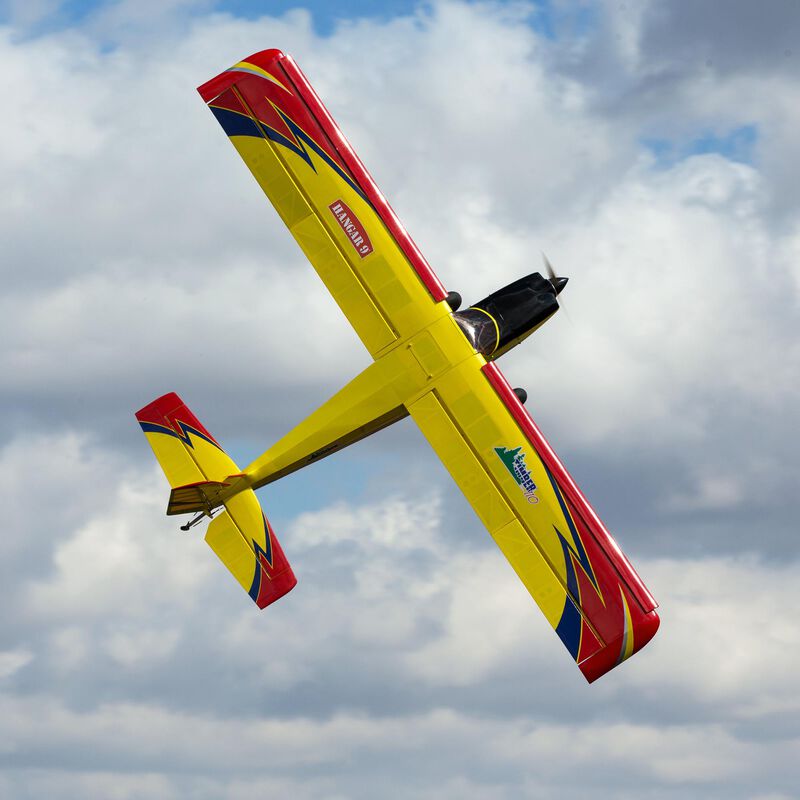 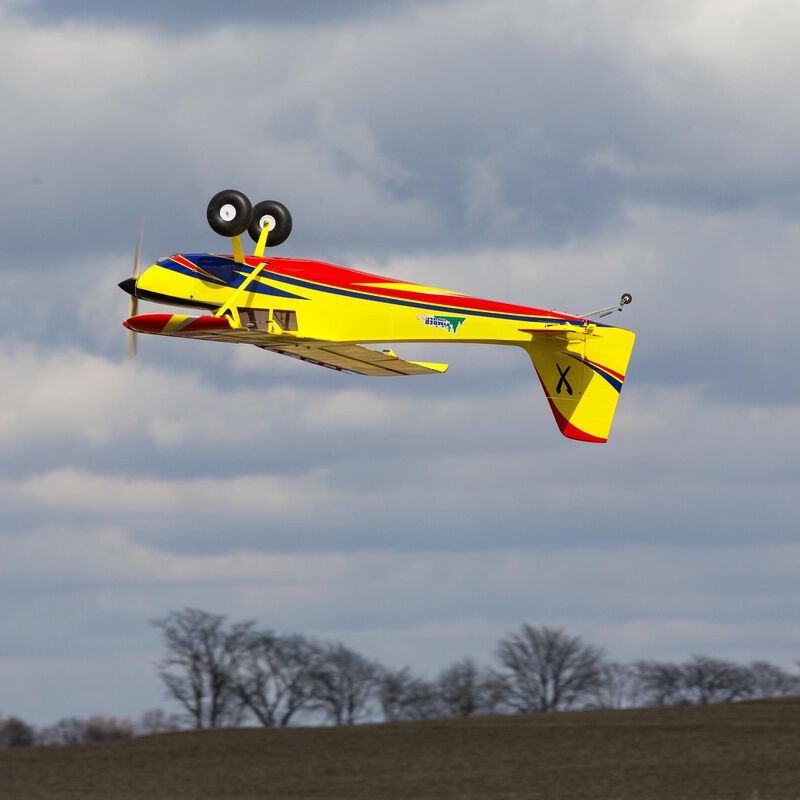 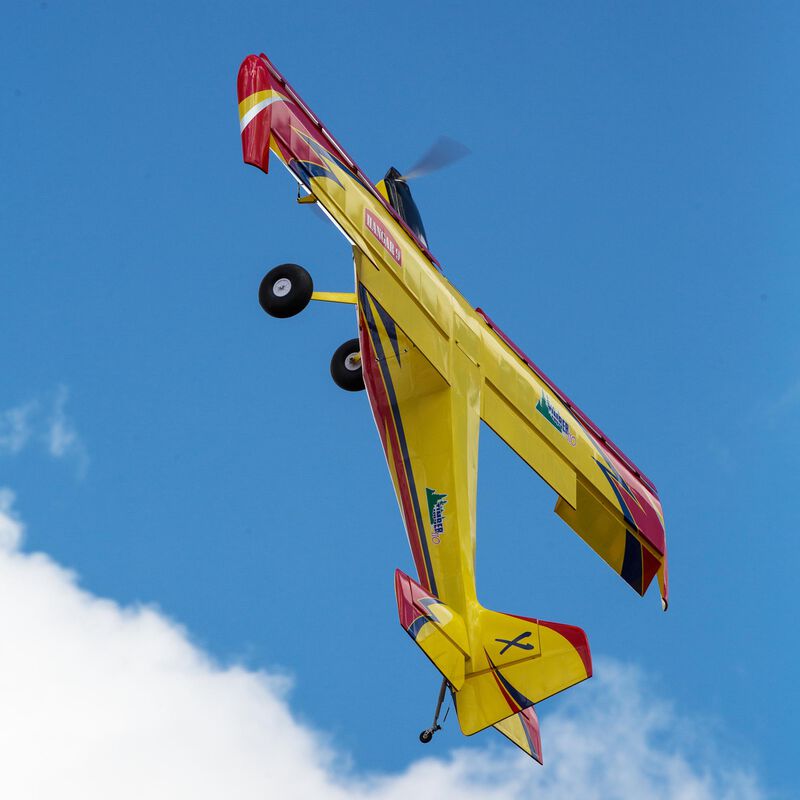 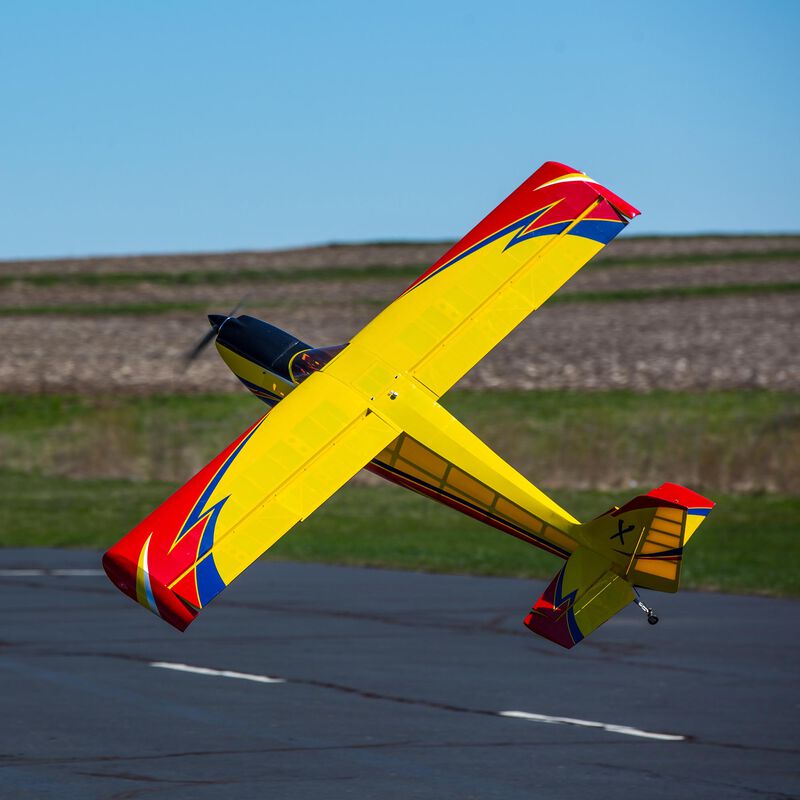 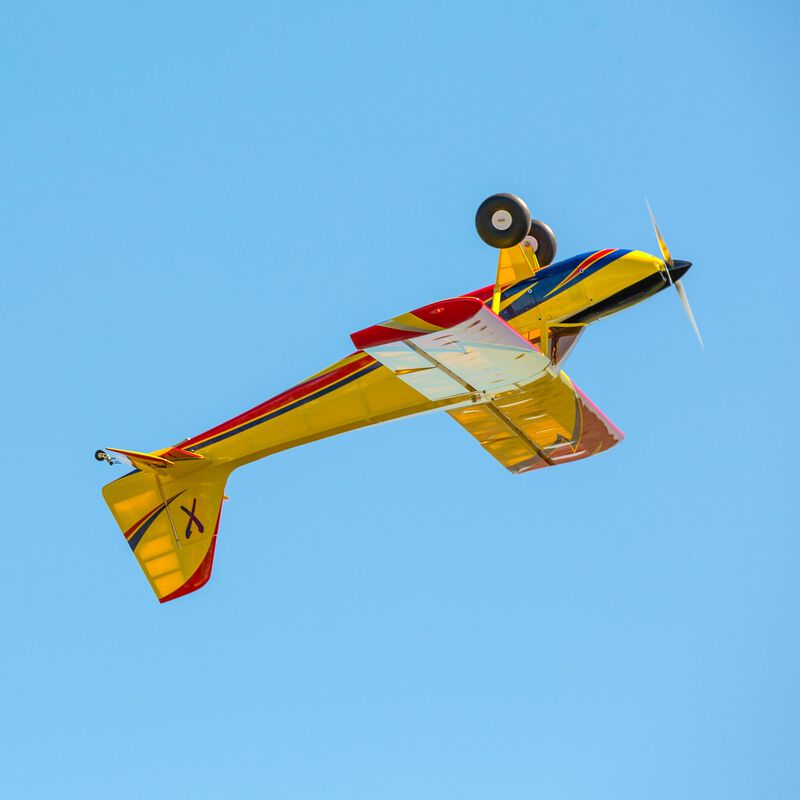 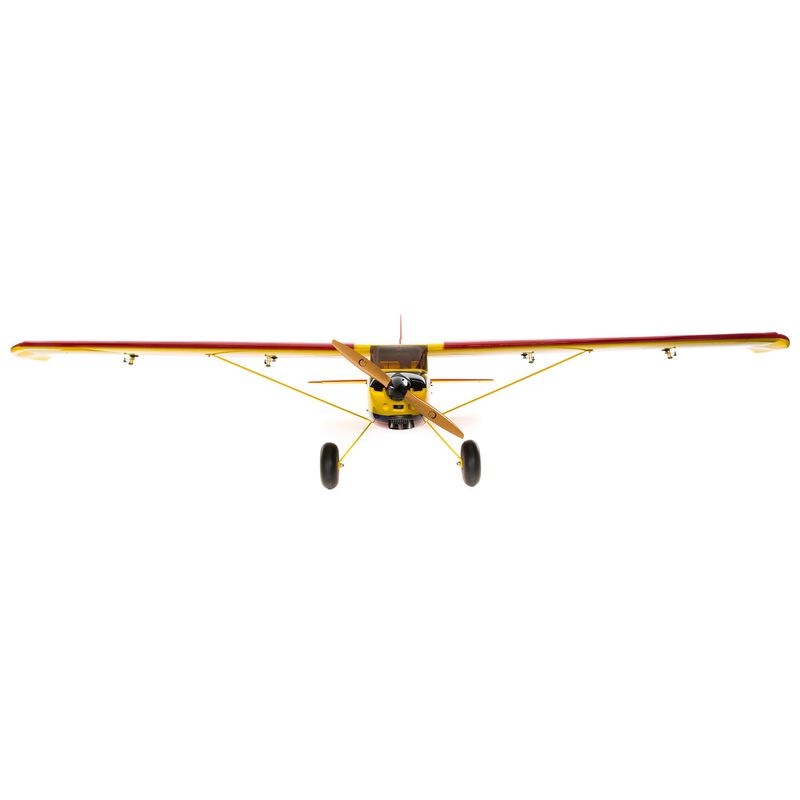 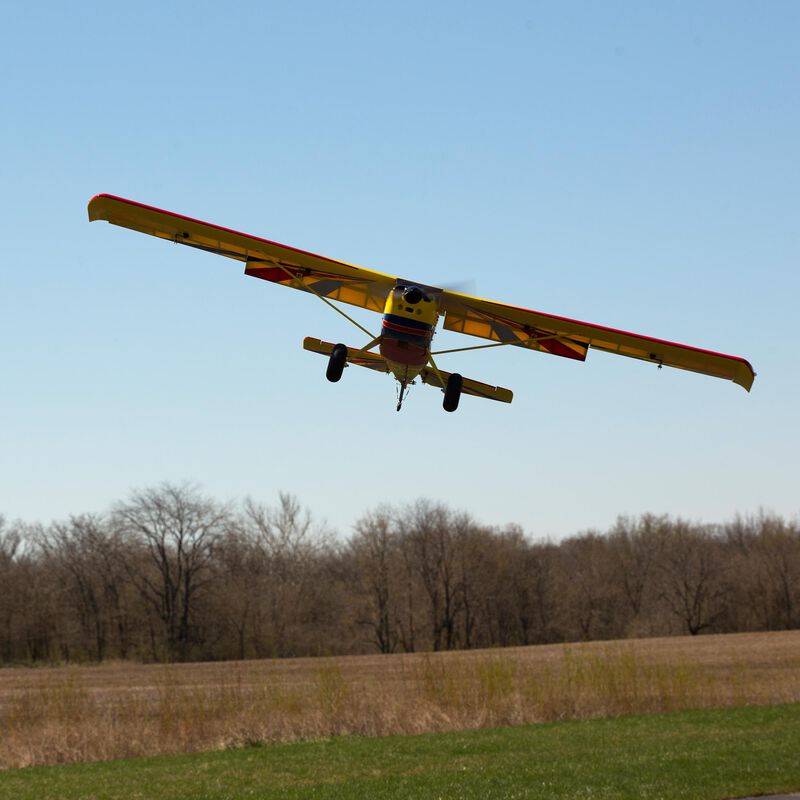 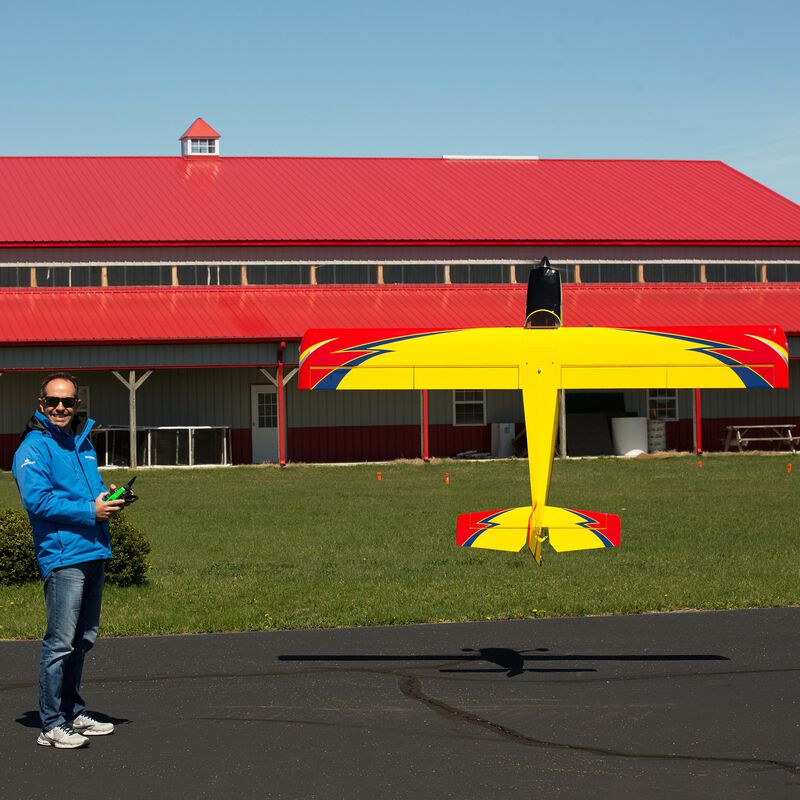 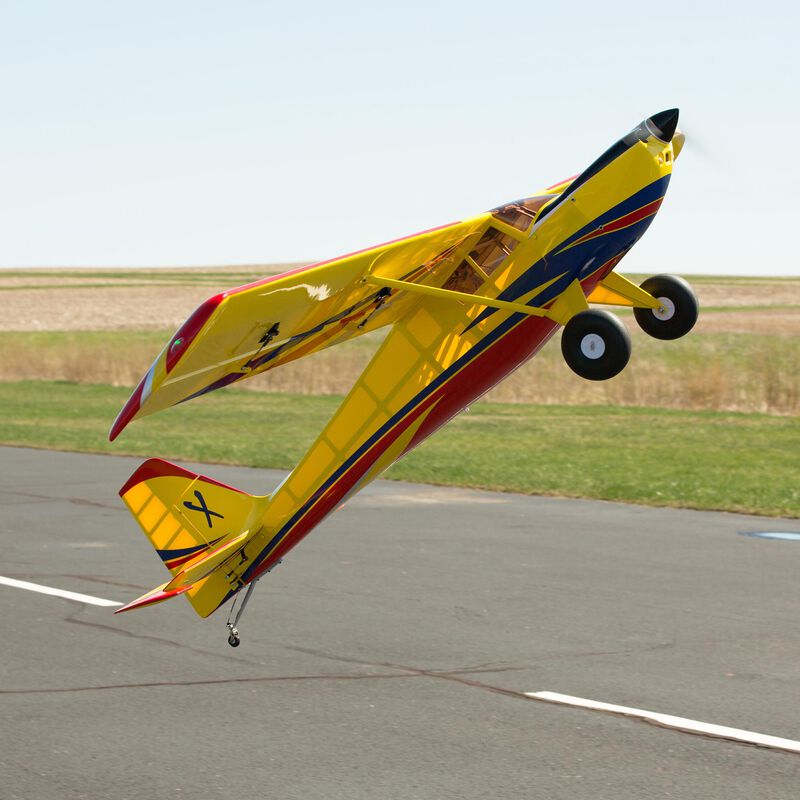 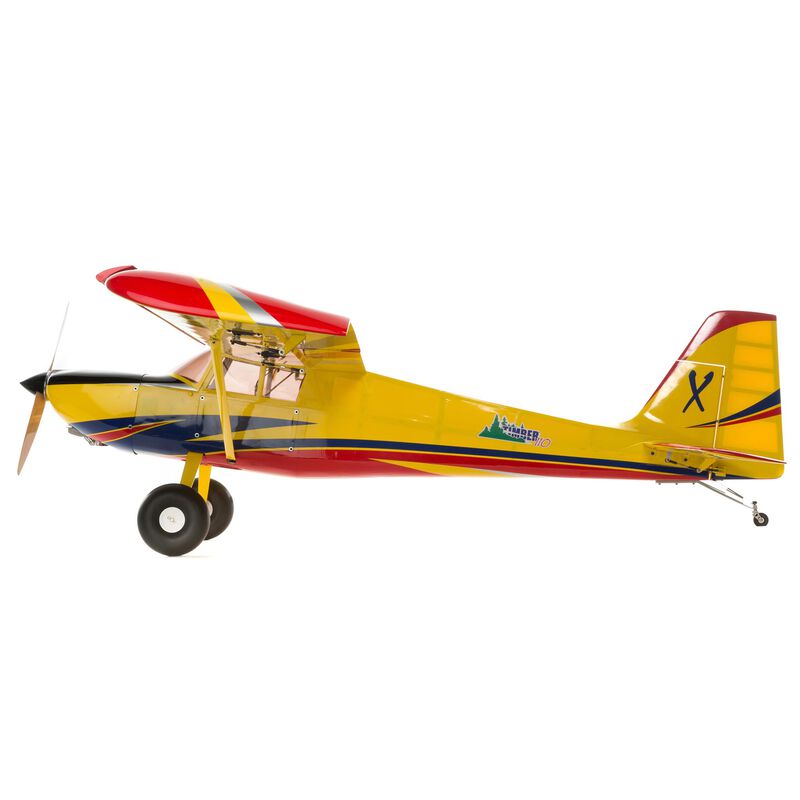 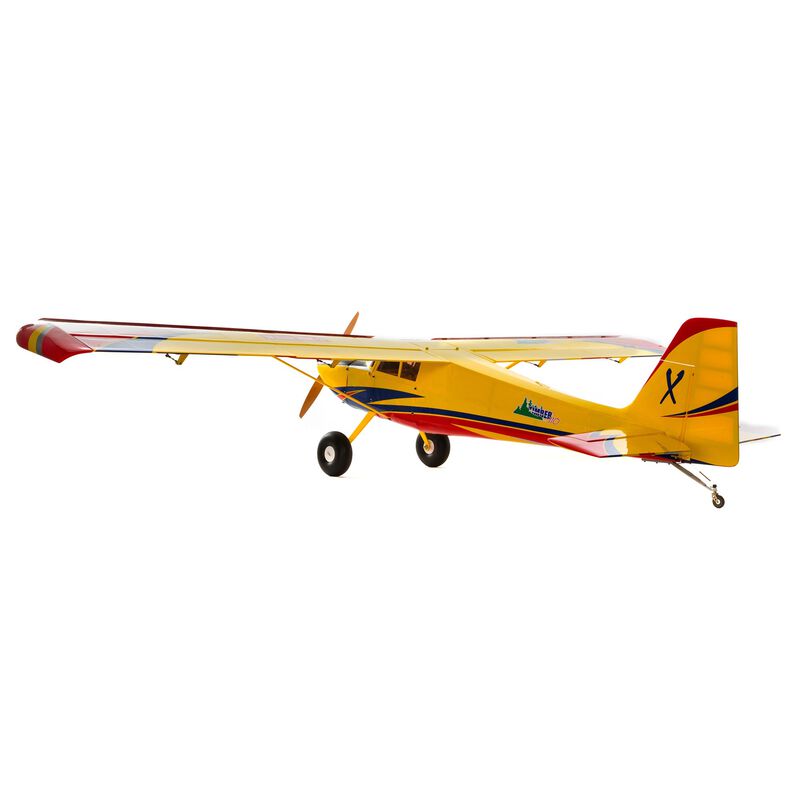 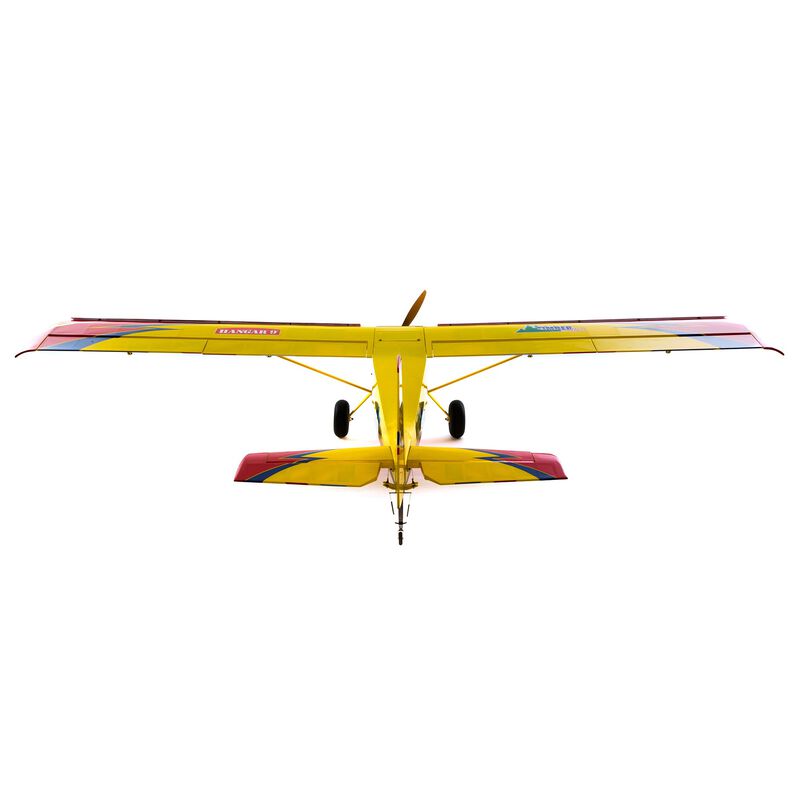 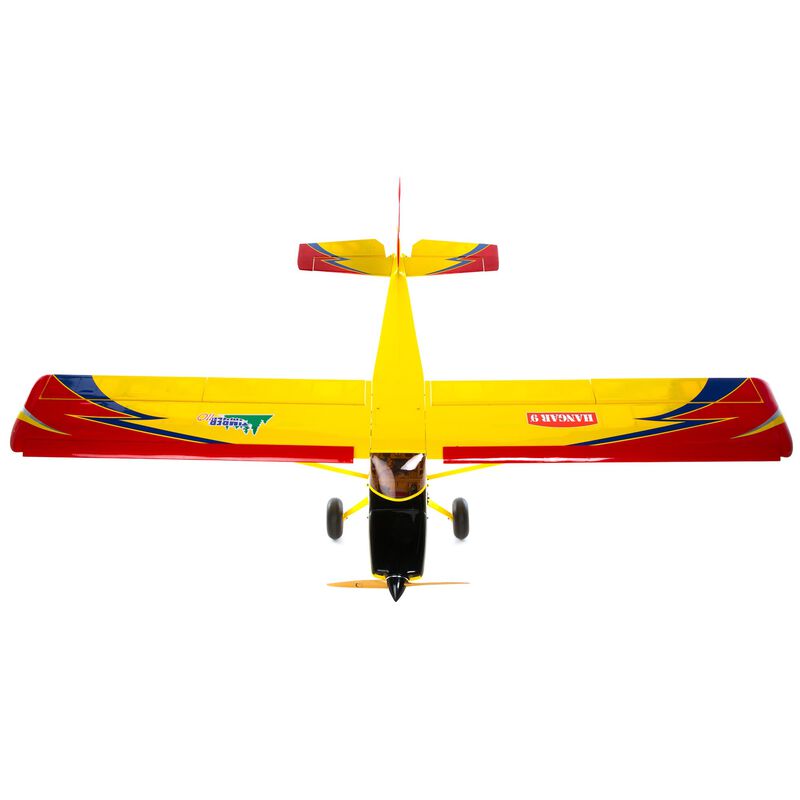 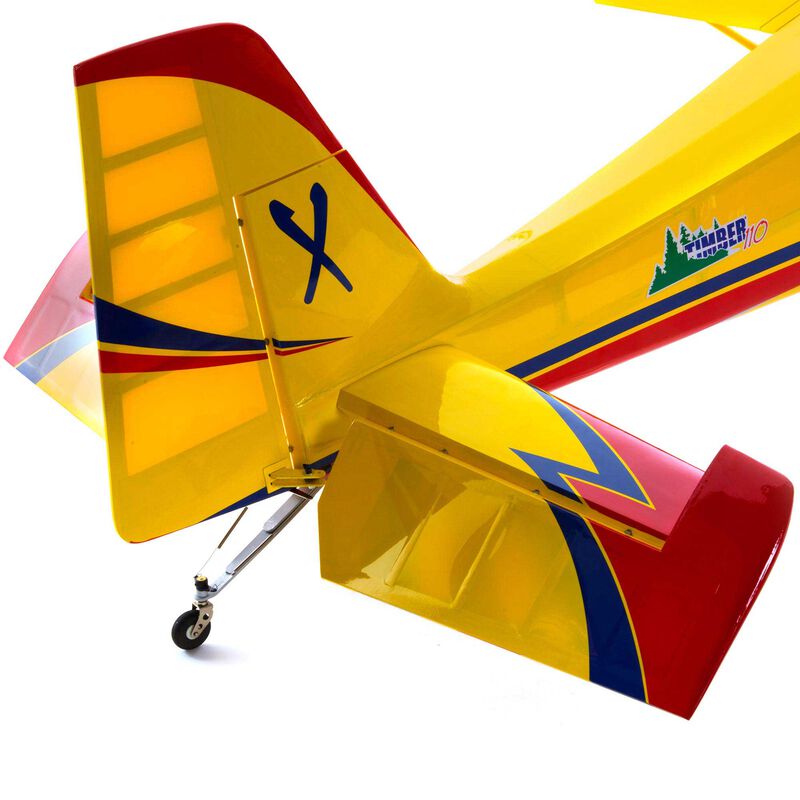 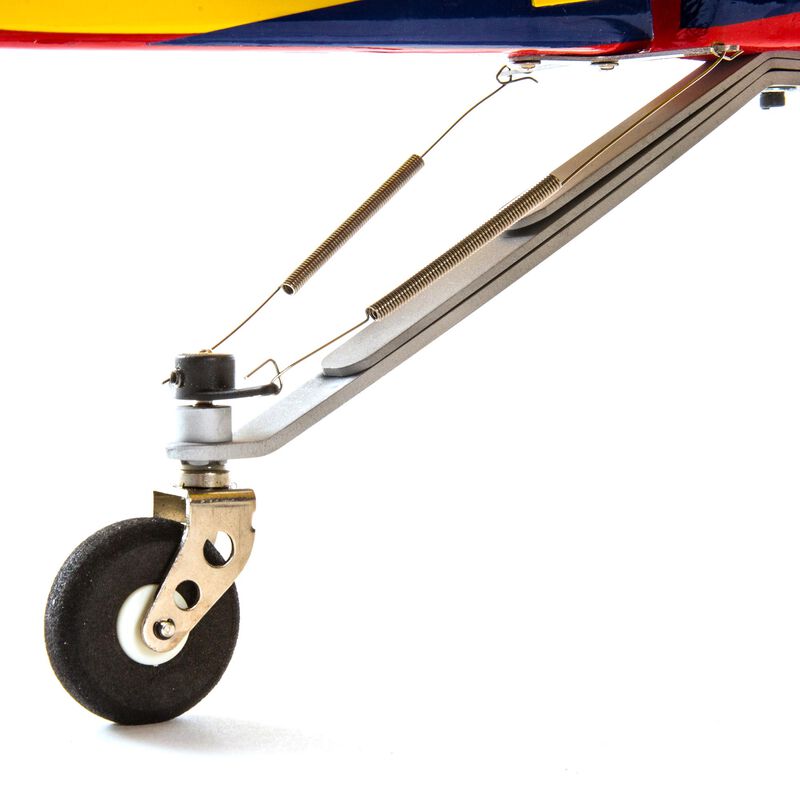 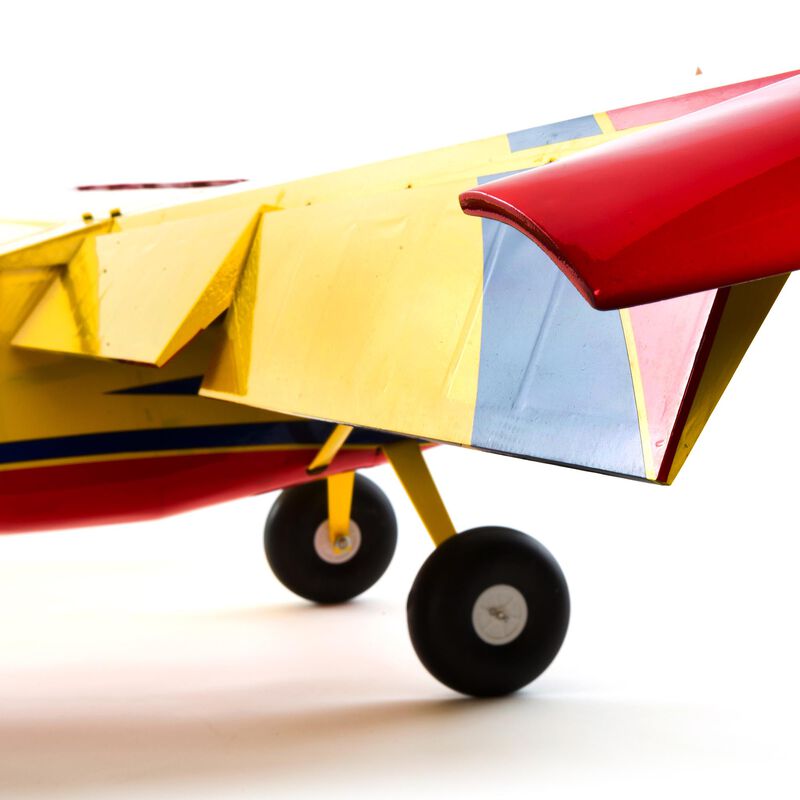 The Hangar 9® Timber® 110 30-50cc is a 110-inch wingspan all balsa and plywood almost-ready-to-fly airplane based on the popular E-flite® Timber series. Its innovative design combines the spirited performance of a sport plane with the versatility of a bush plane so you can have it all. It offers a flight experience unlike any other, from STOL flying to 3D aerobatics.

The Timber is equipped with a combination of features and details that will satisfy intermediate to advanced pilots alike. Its lightweight design, combined with high-grade balsa and plywood construction, provides everything you could want in a giant-scale STOL model. The two-piece plug-in wings feature optional-use leading edge devices and operational flaps that make for impressive short field operation, even from less-than-ideal runways. The assembly is simple so that your time at the bench can be as brief and enjoyable as possible. The majority of the components bolt together, and the complete hardware package includes everything needed to finish the model. Out of the box; all control surfaces are prehinged (except rudder), while multiple hatches allow for convenient access to electronics and flight batteries. The all-wood airframe is finished in genuine Hangar 9 UltraCote® covering which is well known for its durable finish, brilliant looks and ease of maintenance. The finished aluminum sprung landing gear and 6 1/4" tundra-style tires complete the look of the Timber 110, and the Hangar 9 XCub 60cc sprung landing gear is a drop-in fit to finished the rugged looks with distinction. The Timber also 110 comes with optional-use lens covers to use with an LED light set (available separately).

The Timber 110 30-50cc is part of a complete line of top-quality Hangar 9 aircraft. All are engineered and crafted to exacting standards and feature the finest components and materials. Plus, every Hangar 9 product comes with the after-sale service and technical support you need to succeed. 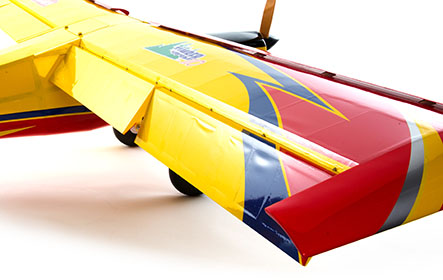 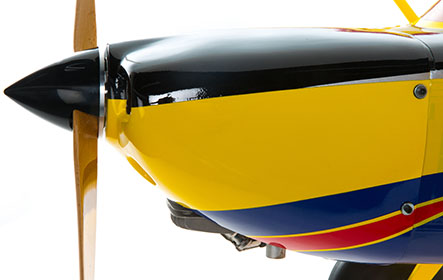 Painted fiberglass cowl requires no finishing by the customer 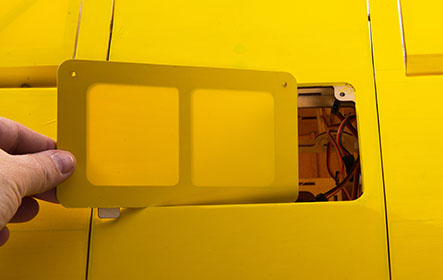 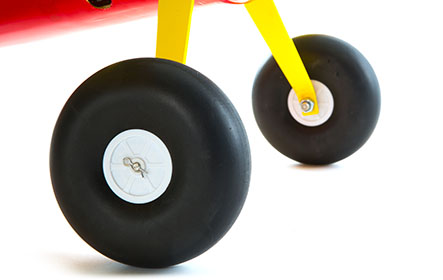