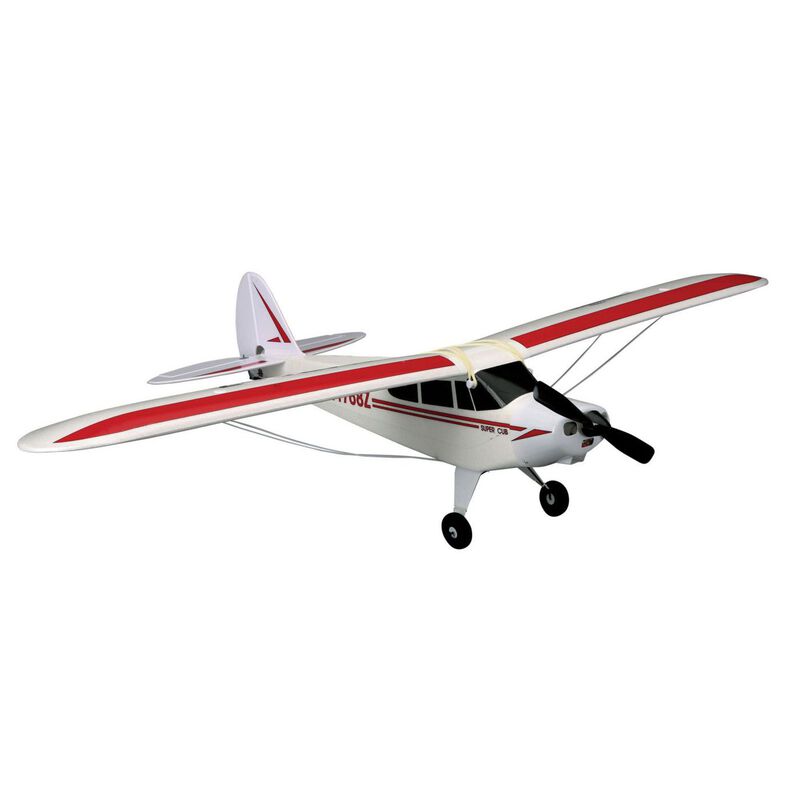 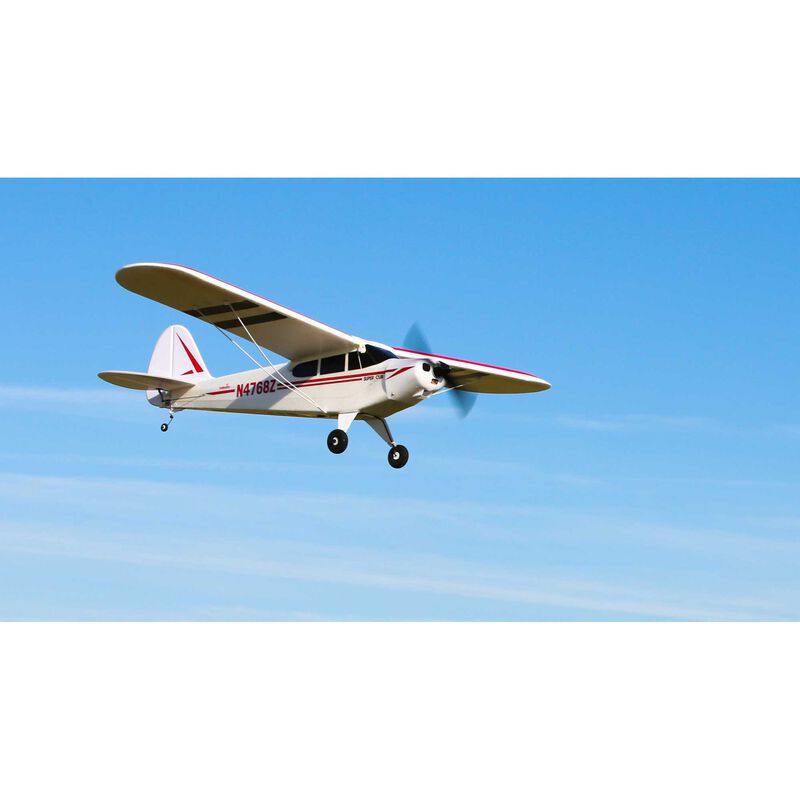 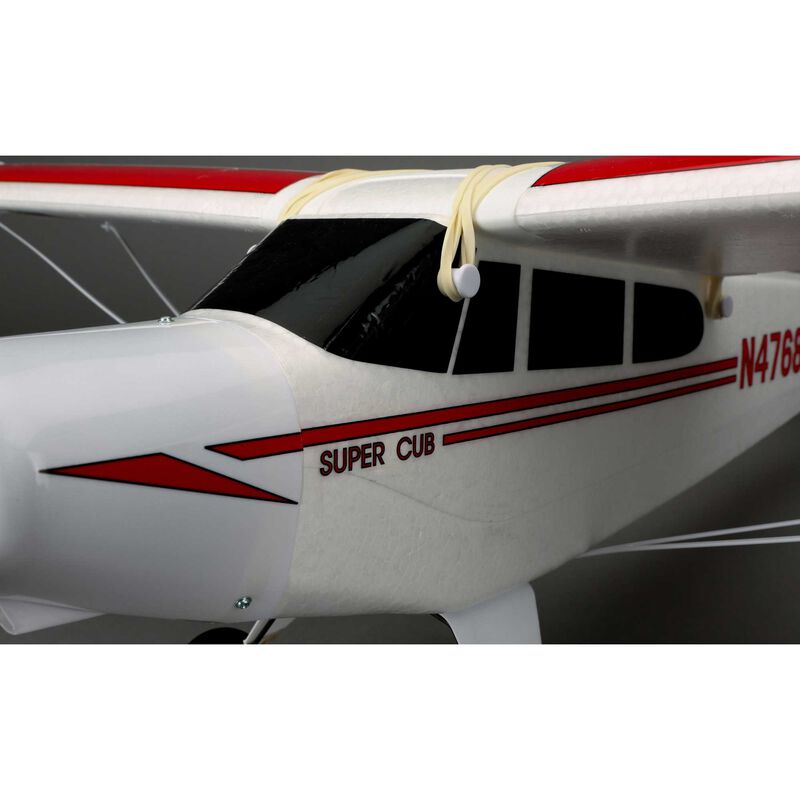 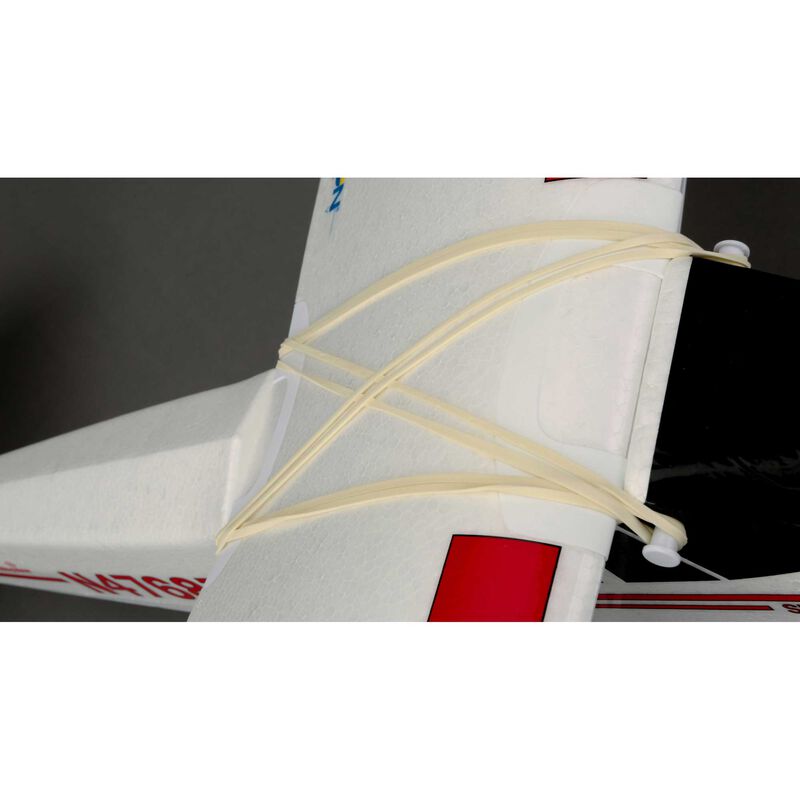 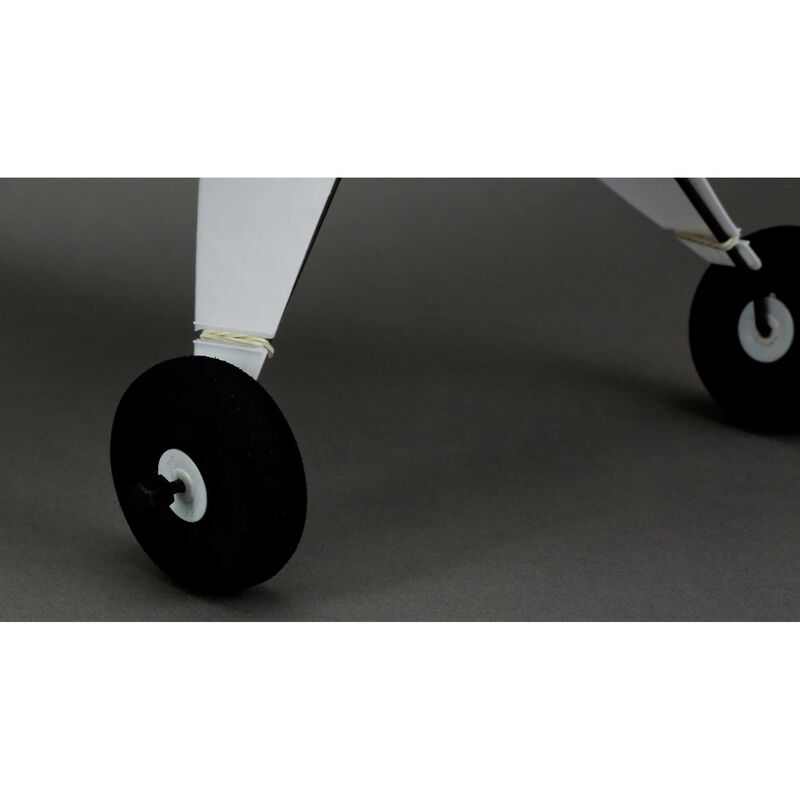 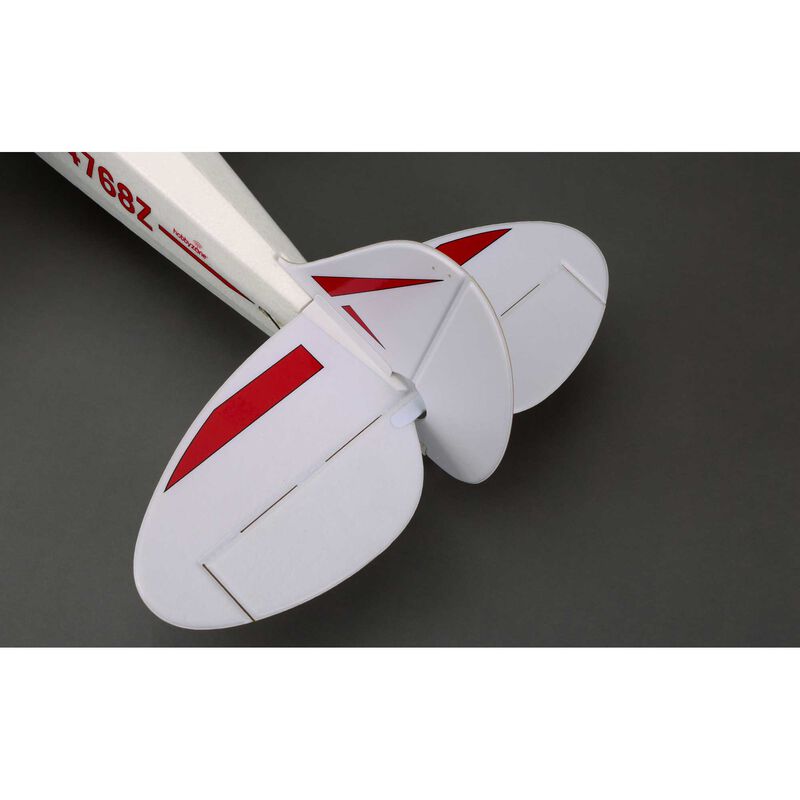 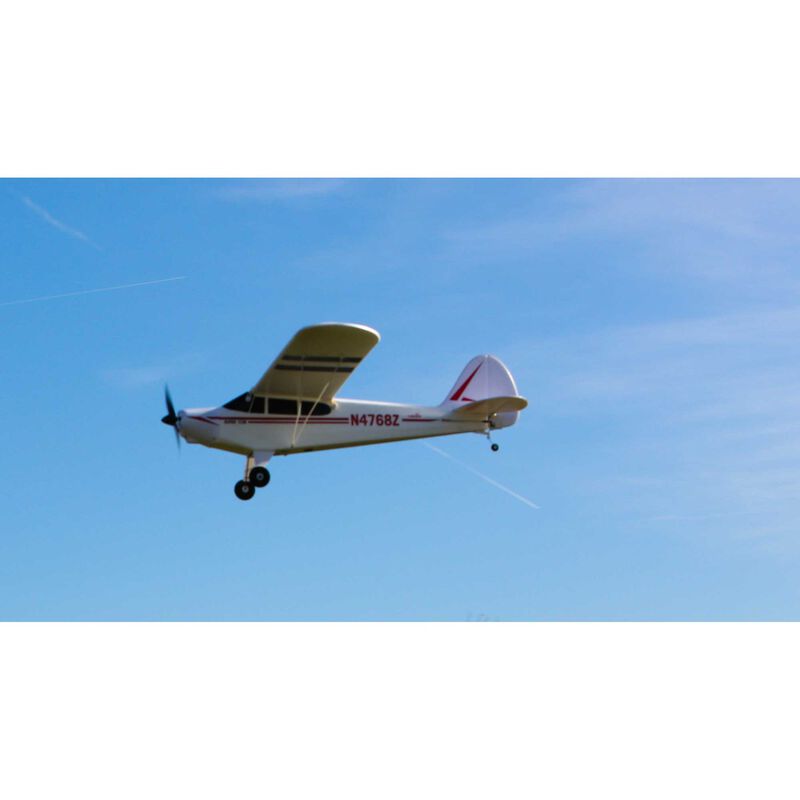 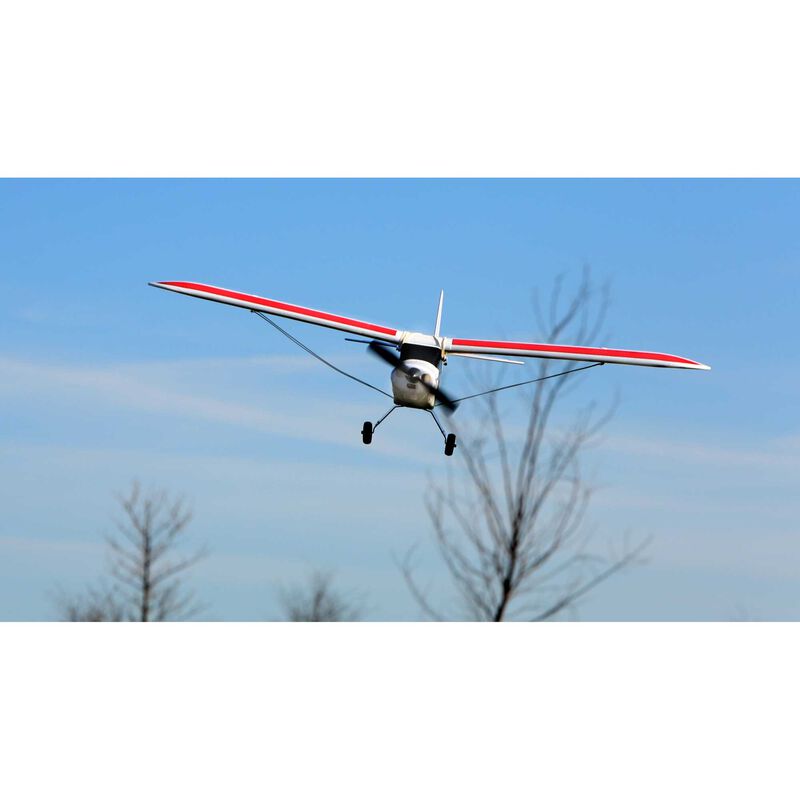 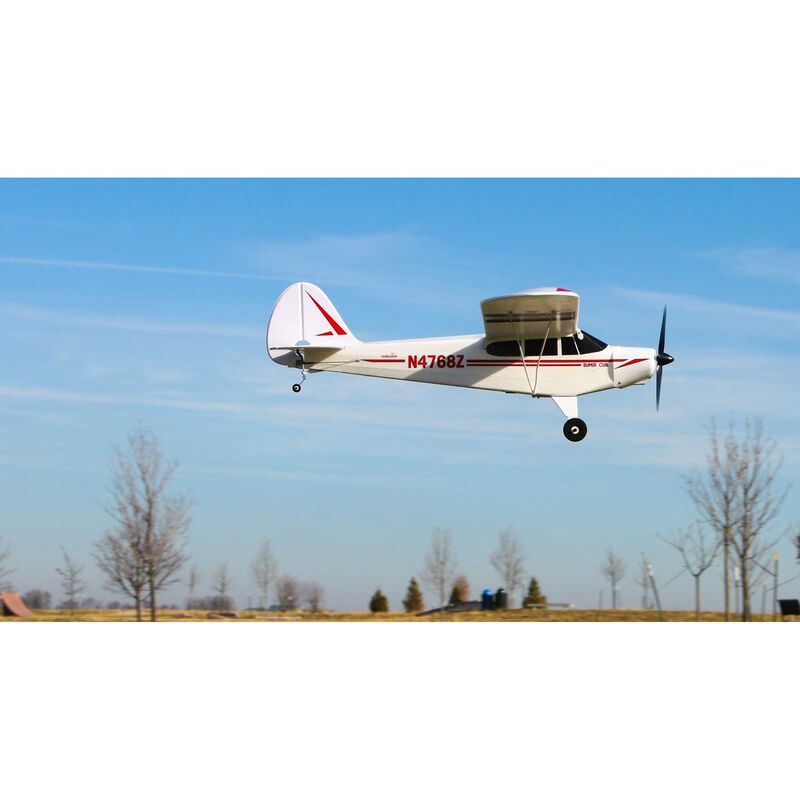 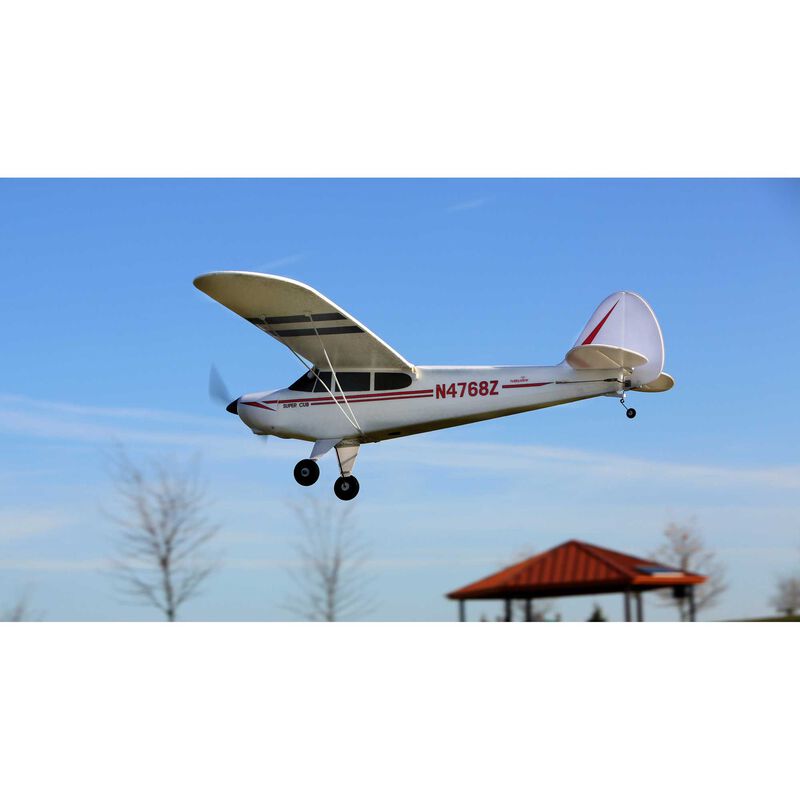 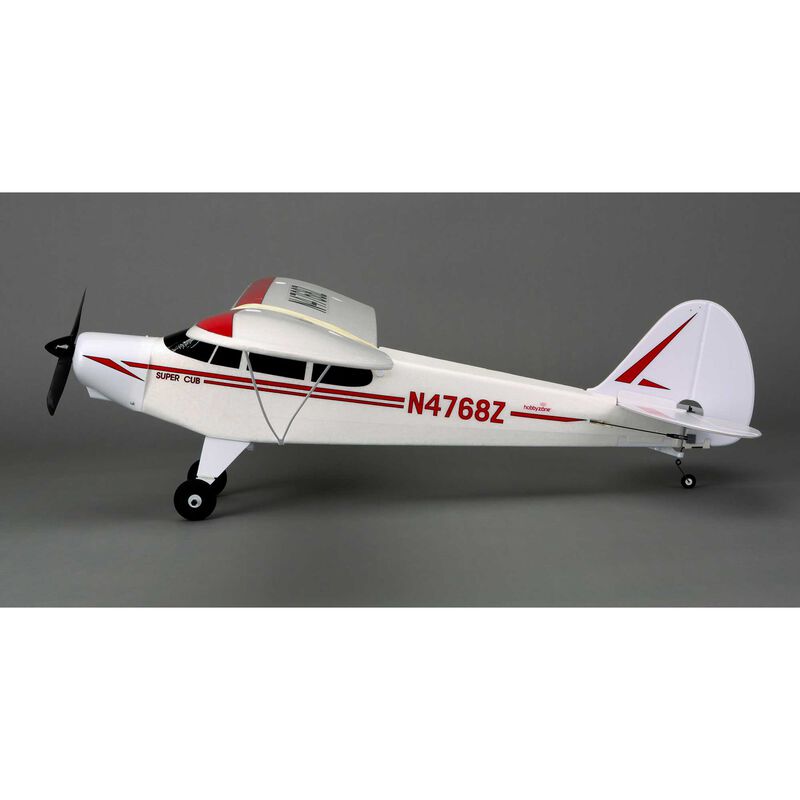 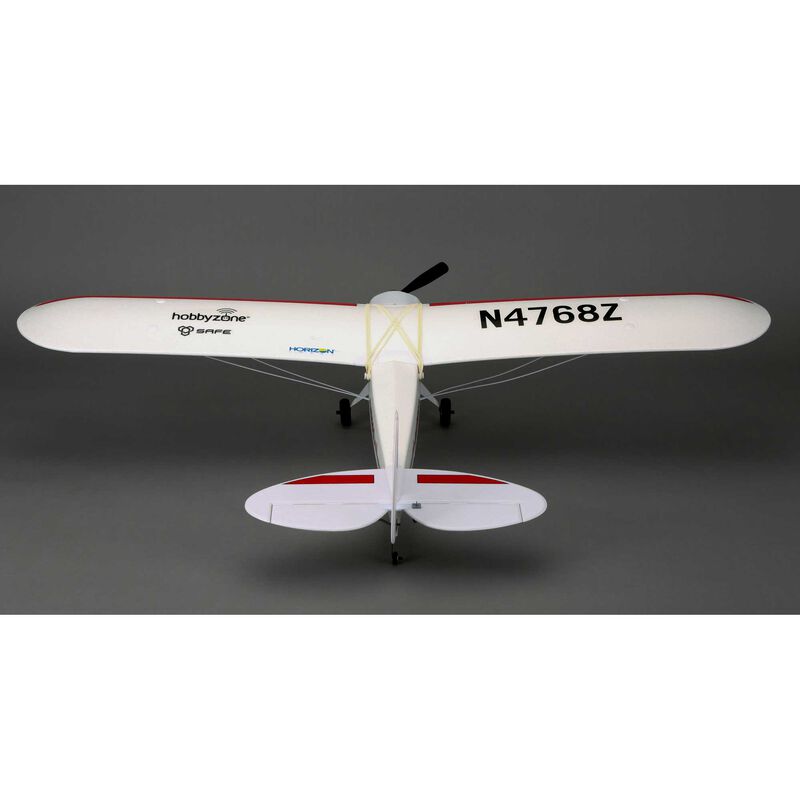 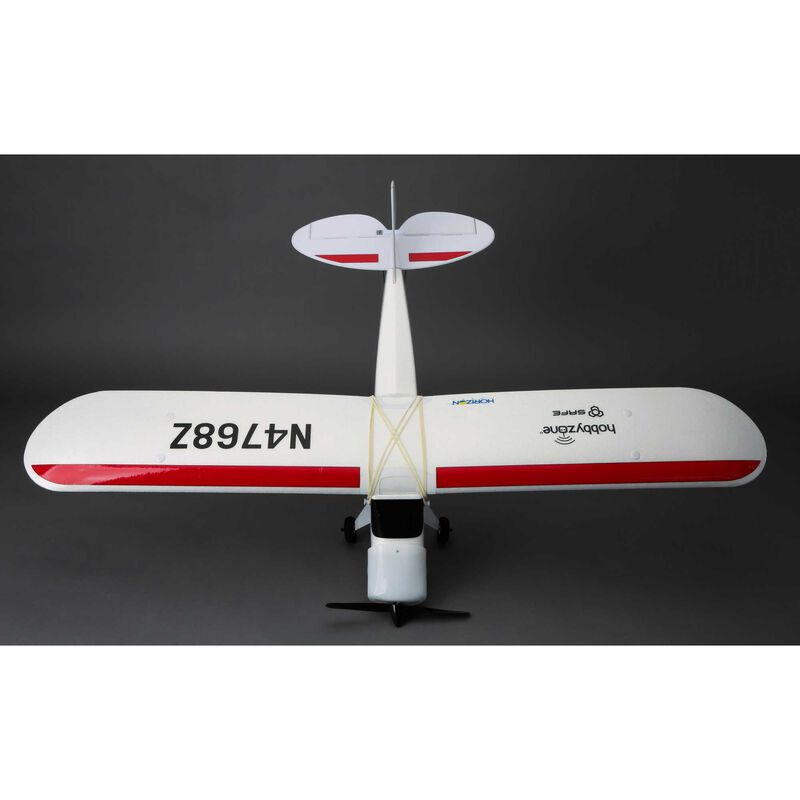 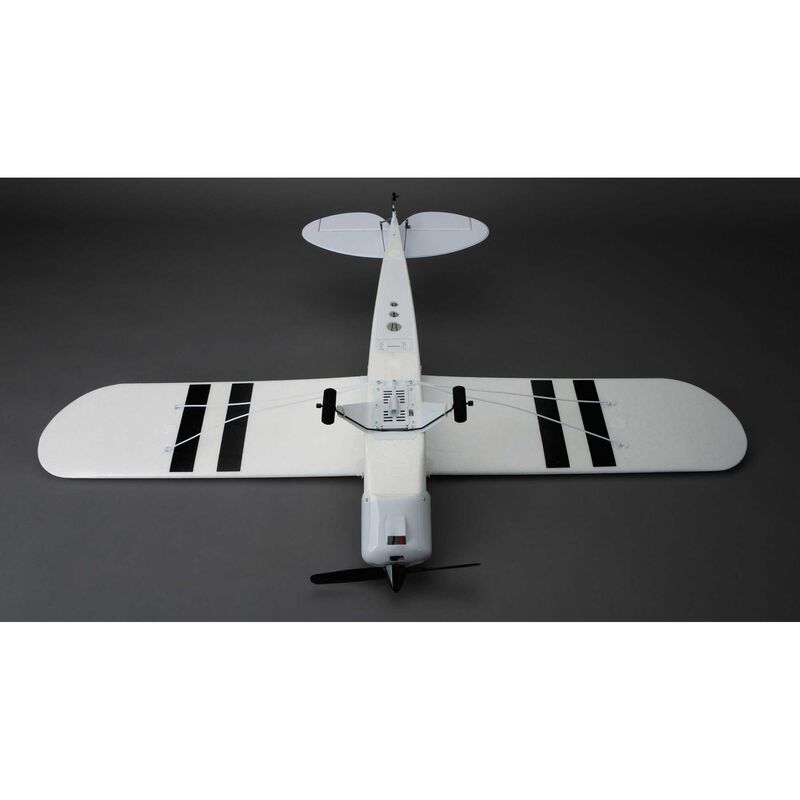 Item No. HBZ8100B
This item is no longer available. Updated or related products shown below:

The first choice for thousands, the HobbyZone® Super Cub has been one of the most popular trainer aircraft on the market thanks to its excellent looks and solid performance. This slow-flying, three-channel trainer makes adjusting to the sensation of flight an easy process. Horizon Hobby has integrated the revolutionary SAFE™ technology system into the Super Cub S to make it easier than ever to teach yourself to fly. With SAFE technology, pilots can fly the Super Cub S in three flight modes and have the option to use the intuitive panic button at any time to return the Super Cub S to steady flight at the push of a button. Beyond being a great way to learn how to fly, the Super Cub S RTF includes the sophisticated Spektrum™ DX4e 4-channel 2.4GHz DSMX® transmitter, which supports both Spektrum DSM2® and DSMX receivers. The DX4e can also be used with other RC aircraft as a pilot’s skills progress.

Powered by
4.6 star rating 13 Reviews
0 Questions \ 0 Answers
ask a question
write a review
(9) (3) (1) (0) (0)
Show all reviews
ask a question
write a review
Thank you for posting a review!
We value your input. Share your review so everyone else can enjoy it too.
share
share
share
Thank you for posting a review!
Your review was sent successfully and is now waiting for our staff to publish it.
Thank you for posting a question!
Please click on the link in the confirmation email we just sent you to submit your question.
Your question will appear on the site once someone answers it.
write a review
ask a question
Updating Results
Verified Reviewer
0.0 star rating
01/16/21
Review by Anonymous User
On
share ' Share Review by Anonymous User facebook facebook Share Review by Anonymous User twitter twitter Share Review by Anonymous User LinkedIn linkedin Share Review by Anonymous User
01/16/21
Was this review helpful? 0 0
T
Try2fly
5.0 star rating
01/30/16
The best way 2 go !!!!!!!!!!!!!
Review by Try2fly on 30 Jan 2016 review stating The best way 2 go !!!!!!!!!!!!!
If you are a beginner looking for a good first or second plane, then get this sweet cub! Just like the video shows, it is a slow-flying, stable, and durable plane. There is not really anything to complain about. it does what it's supposed to do; be a great beginner trainer that will last a long time and survive beginner crashes and mistakes. That is no joke; I maidened it full throttle into a 60 foot tall pine tree and it fell down 50 feet, landed on its wheels. I rushed over to it, expecting a crippled fuselage, but the only damage it took was a small crease to the wing. A small amount of tape and foam glue restored it back into such a condition that if you saw it, all you would think happen was a small collision. It was my fault that I crashed it- I was flying into too small of a space too fast with the wrong rudder controls. By my second flight I had joined AMA and went to a large flying field in Jordan. It is located on the flood plane of the Minnesota River and let me tell you- it is built for model planes! It has several starting stands and runways. I took off when it wasn't too windy and I had no problems flying or landing it. It landed firmly and planted its landing gear on the alsphalt. It reached the end of the runway and tipped on the grass, and it unsurprisingly returned without a scratch.
In conclusion, the Super Cub S is a durable, stable, slow, and easy to fly plane. Just find a suitable place at a suitable time to fly it! No wonder the plane has evolved so many times and is so popular. A true winner for beginners! 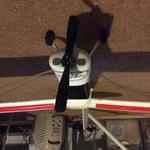