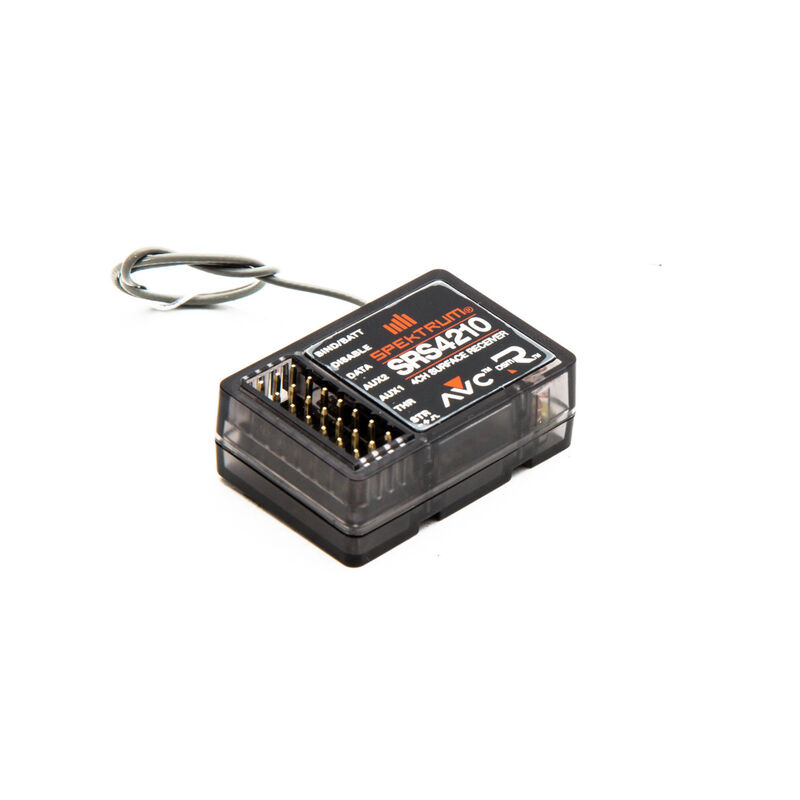 Receiver_Calibration_Addendum.pdf
This item is no longer available. Updated or related products shown below:

Now get stability control for ANY vehicle in your collection! You can have the stability control of AVC™ (Active Vehicle Control™) technology in any vehicle just by adding the SRS4210 receiver and binding it to an AVC compatible transmitter. AVC technology creates a more enjoyable driving experience by managing the vehicle’s driving characteristics and attitude. This translates into more control for you and a more manageable vehicle in all driving environments.

I just did the same with my Traxxas Funny Car and it now is a blast to drive. The cars are now so much more fun to drive.

(As a note, the Traxxas car's ESC has to be reprogramed with the Castle programming card to disable the auto-bind button.)