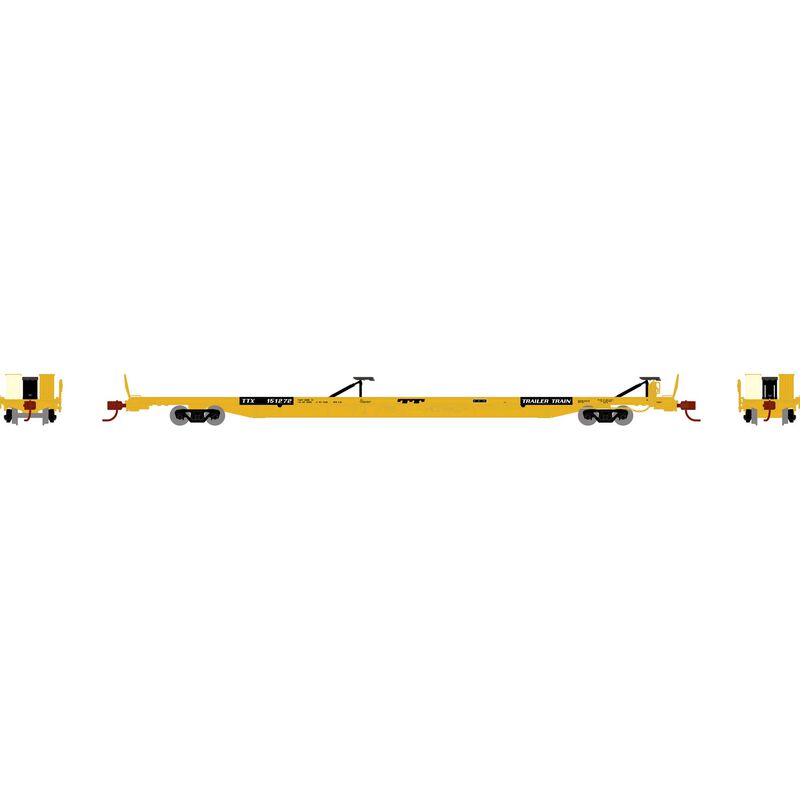 This Athearn model was designed from the start to incorporate as many prototype details and variations as possible, based upon field measurements and builder diagrams, in order to appeal to modelers of multiple eras. Many new hitches, body variants, and other separate details were created, allowing us to accurately offer these cars in their different configurations over the years, from four-hitch “XTTX” cars, to the distinctive drawbar-connected “TTEX” Triple-57 “Long Runner” bulge-deck conversions introduced in 1987. And you can rest assured of its smooth performance, thanks to a heavy die-cast frame for reliable tracking.

Operationally, these cars are appropriate for any layout set from the 1960s to the present day. In TOFC service, F89Fs could be found mixed into manifest trains, or as part of dedicated TOFC trains. It also wasn’t uncommon to find them mixed into stack trains, alongside such cars as Gunderson Maxi-Is or Maxi-IIIs.