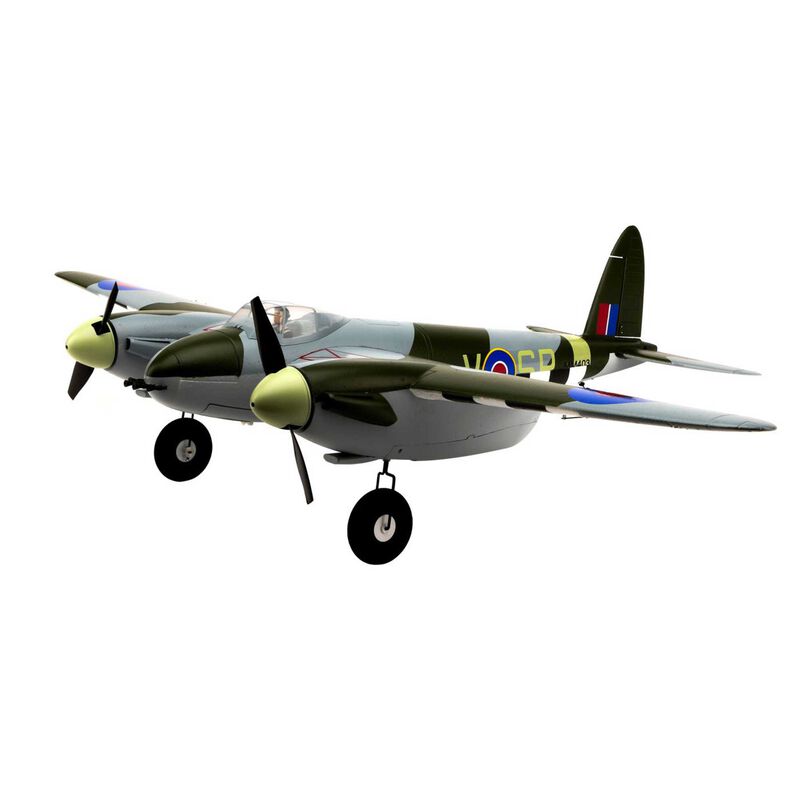 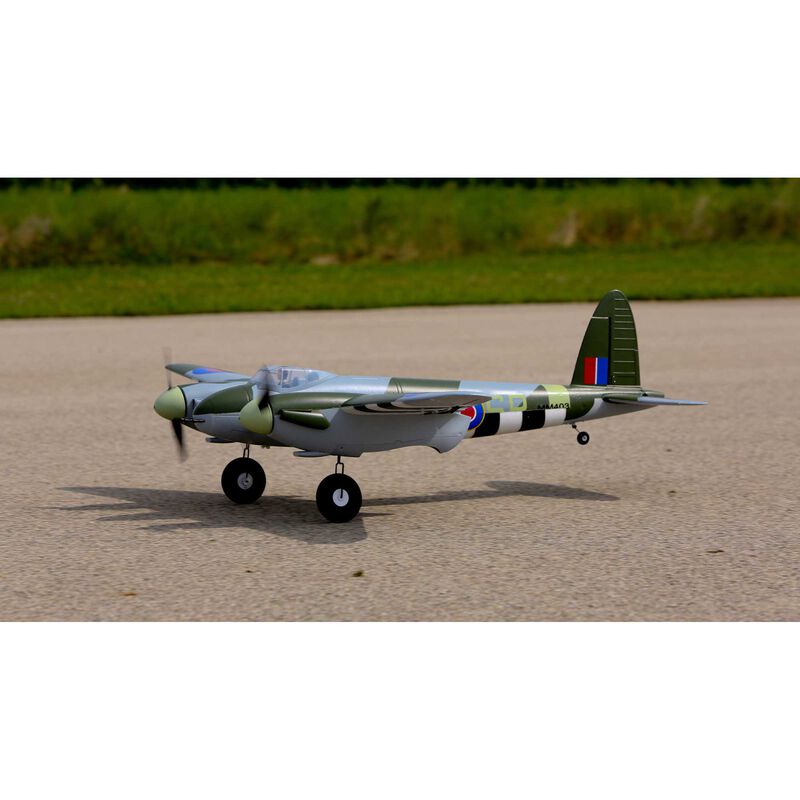 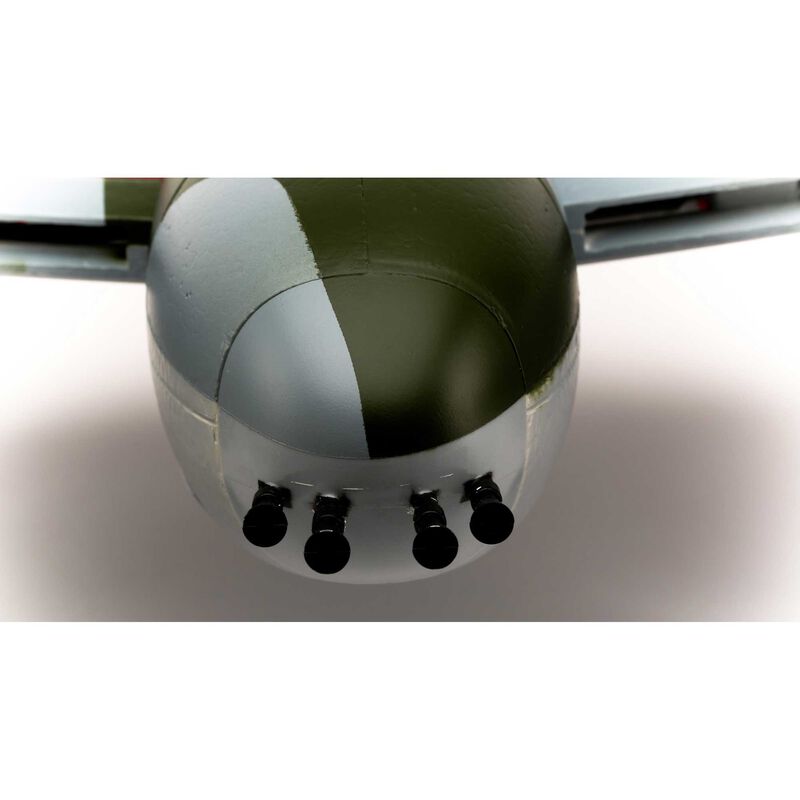 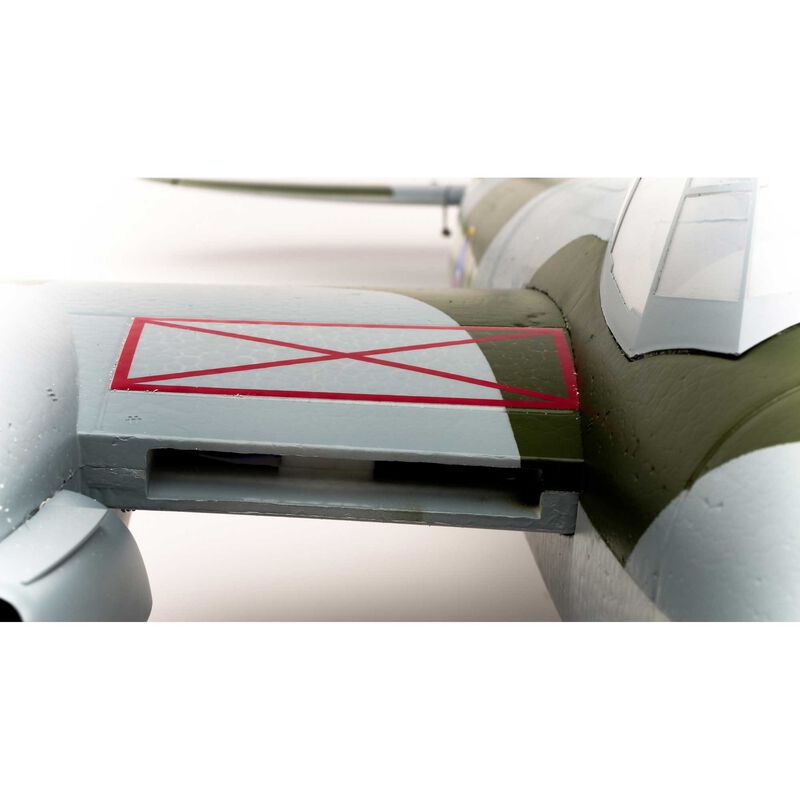 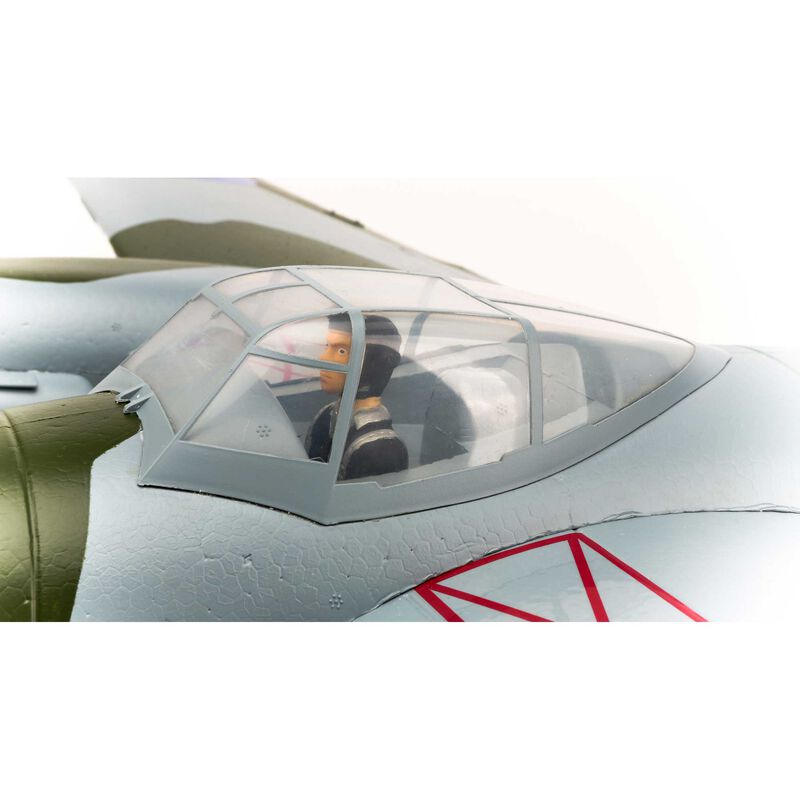 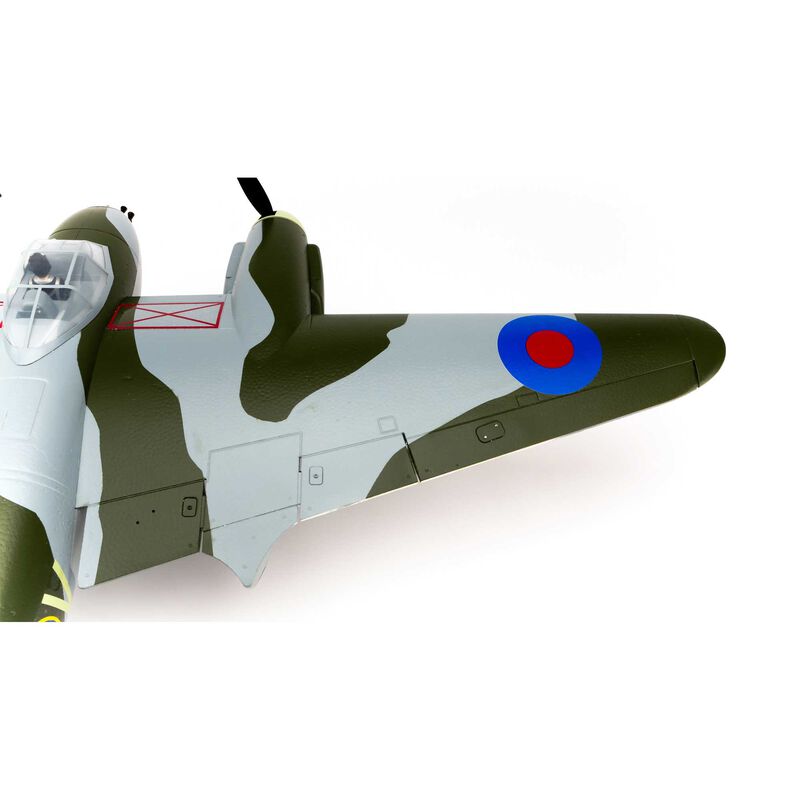 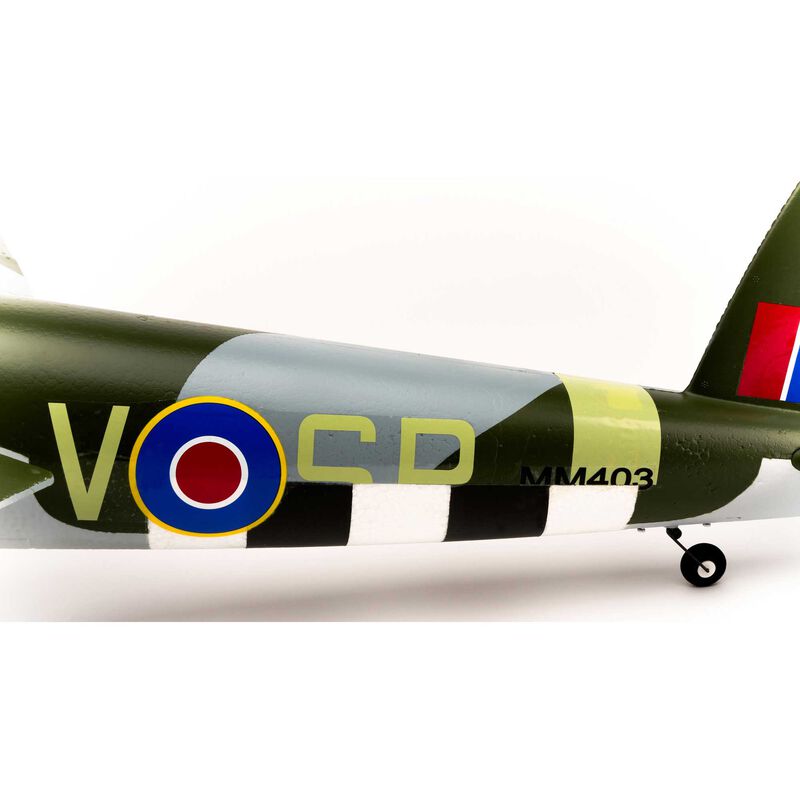 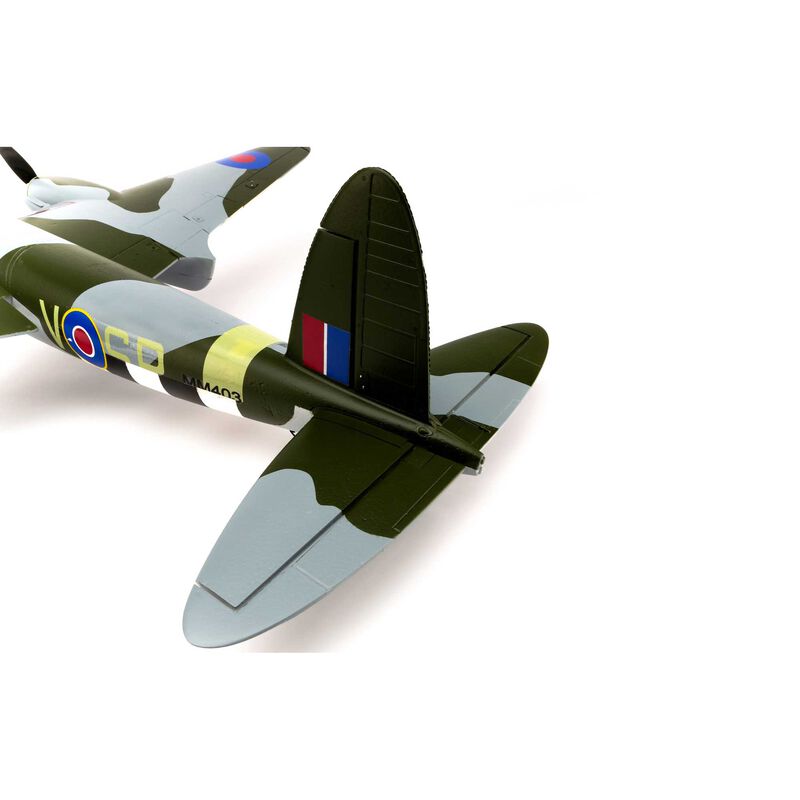 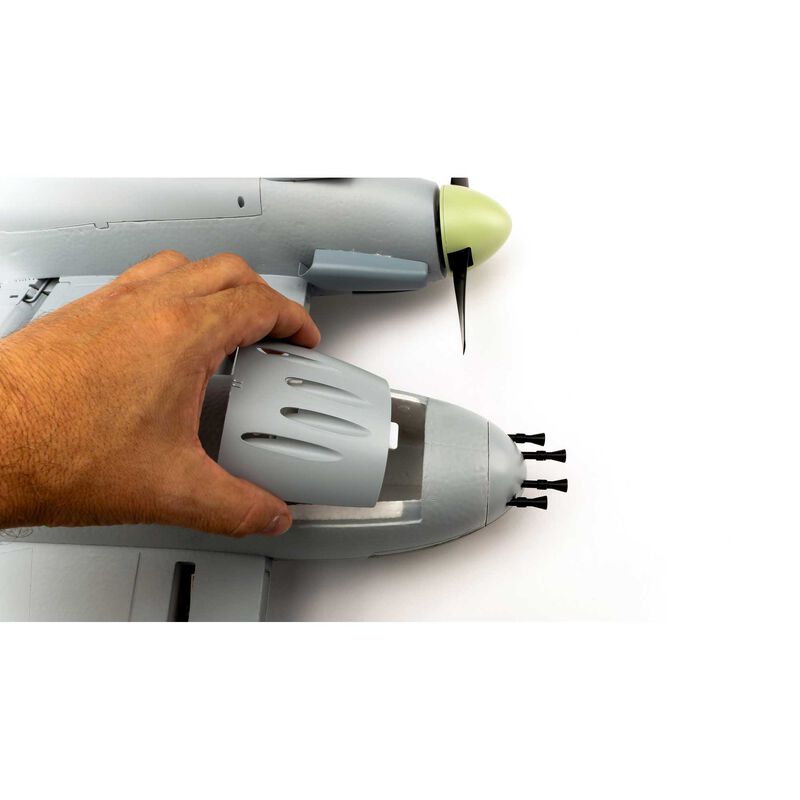 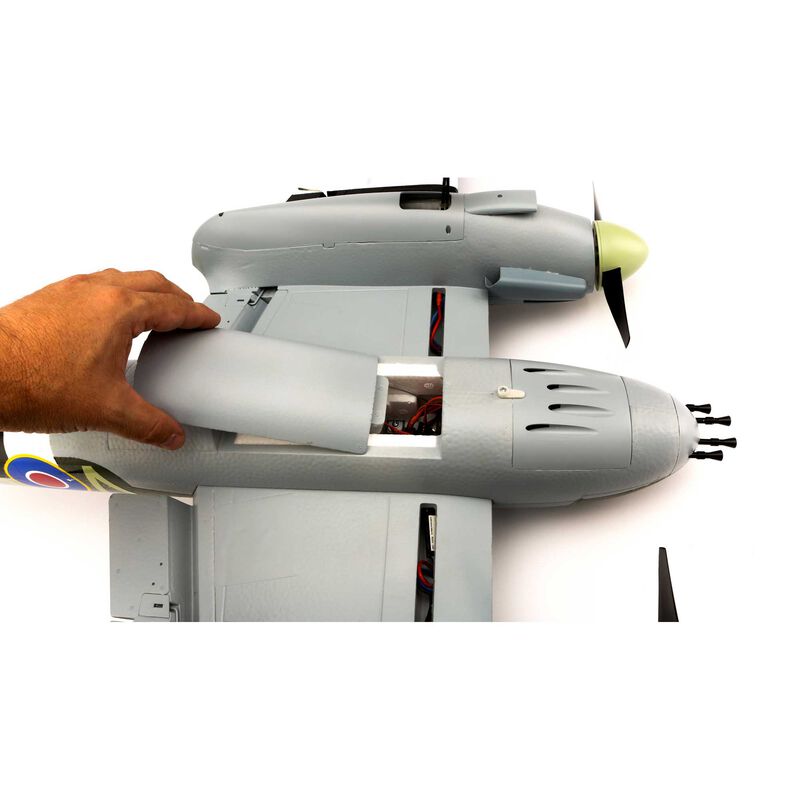 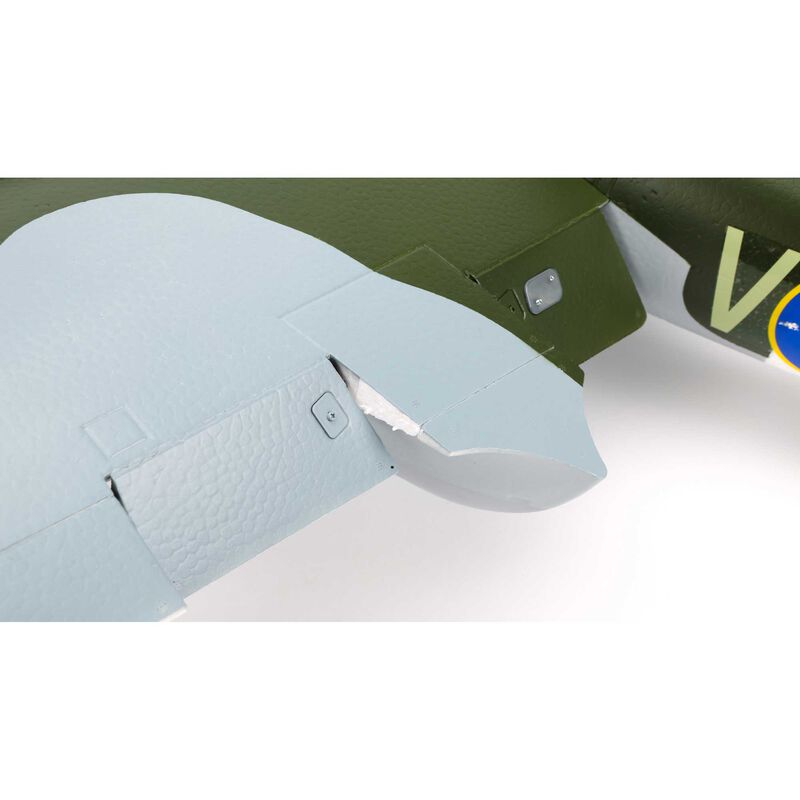 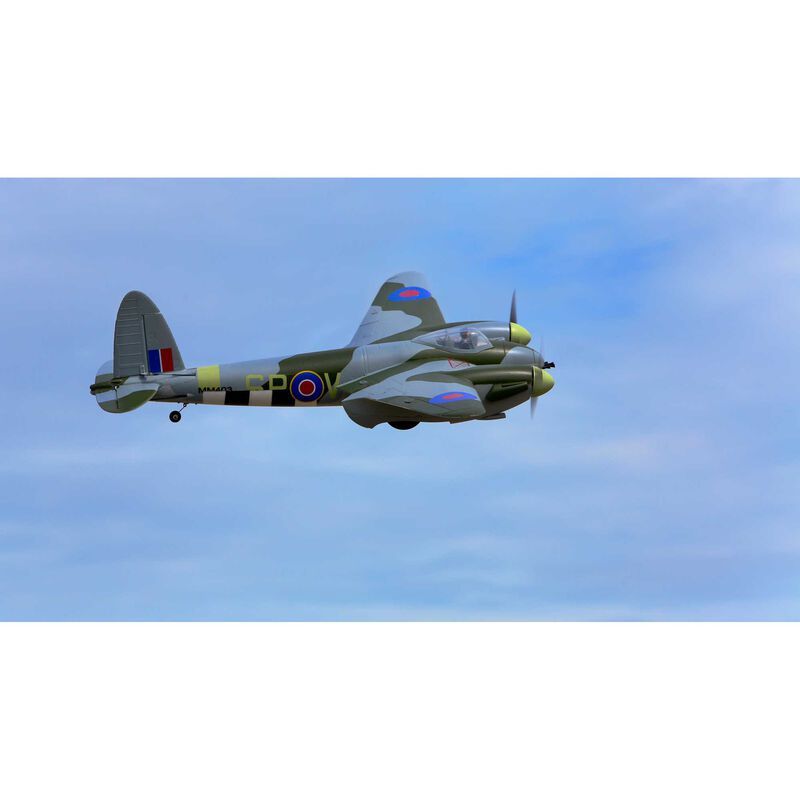 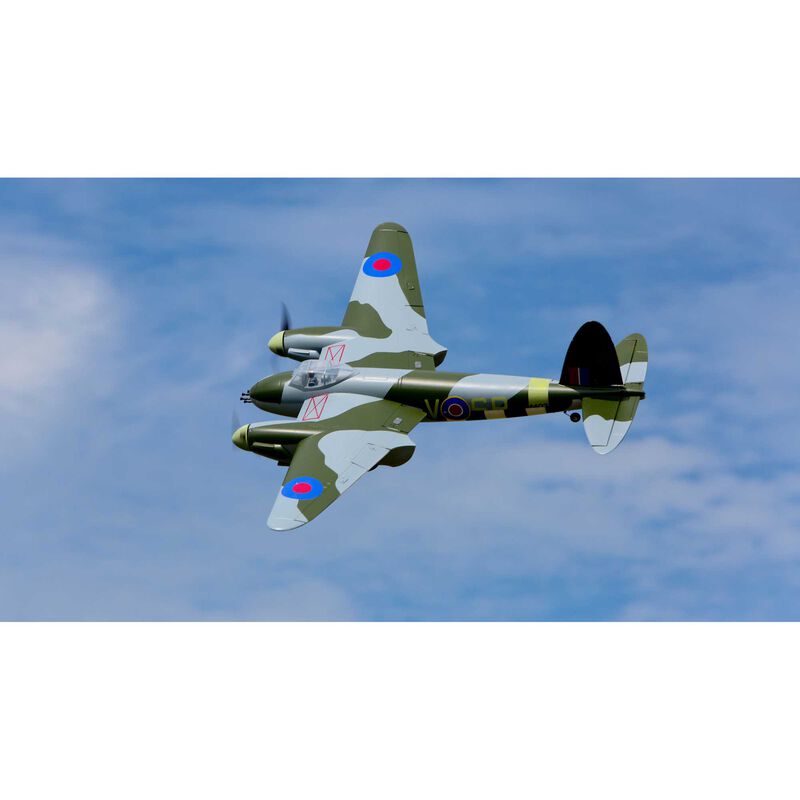 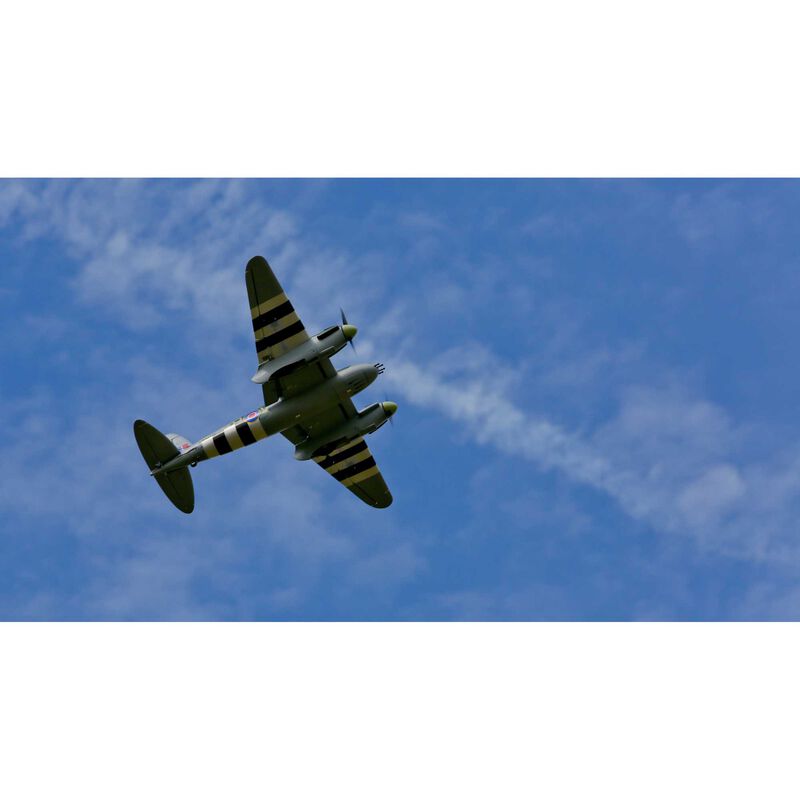 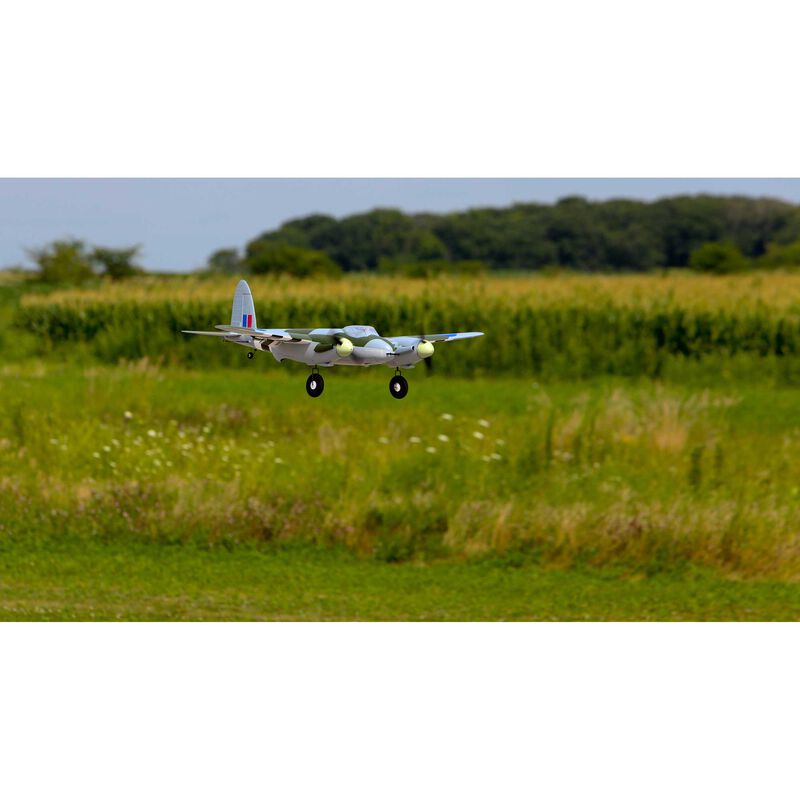 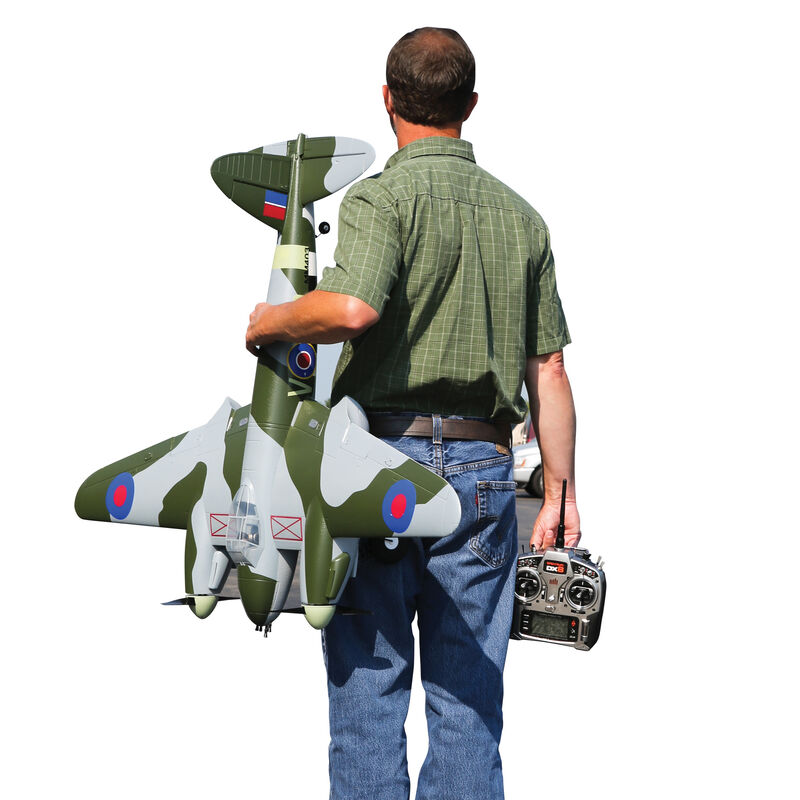 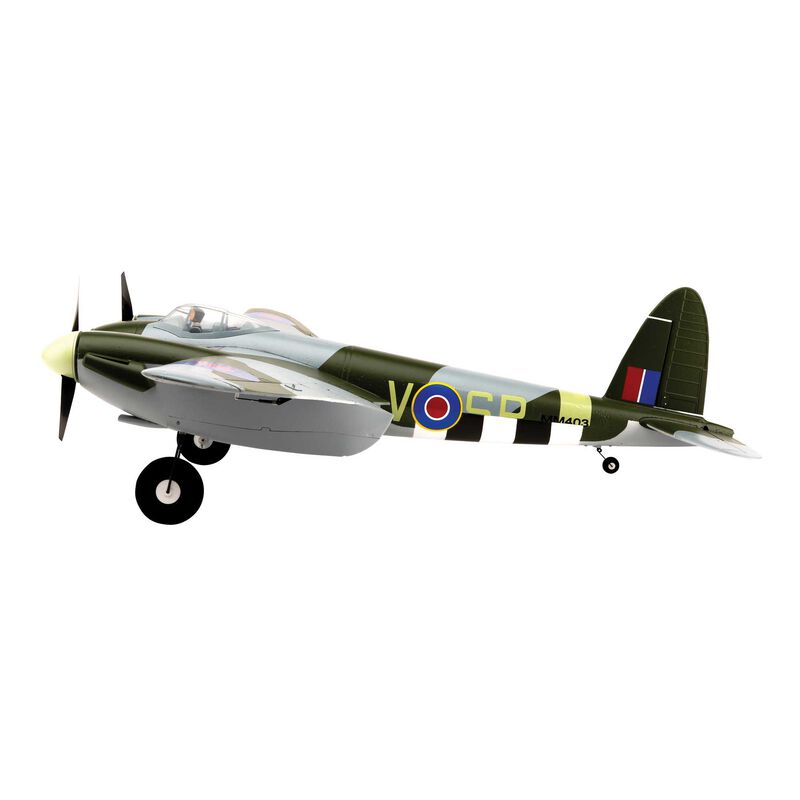 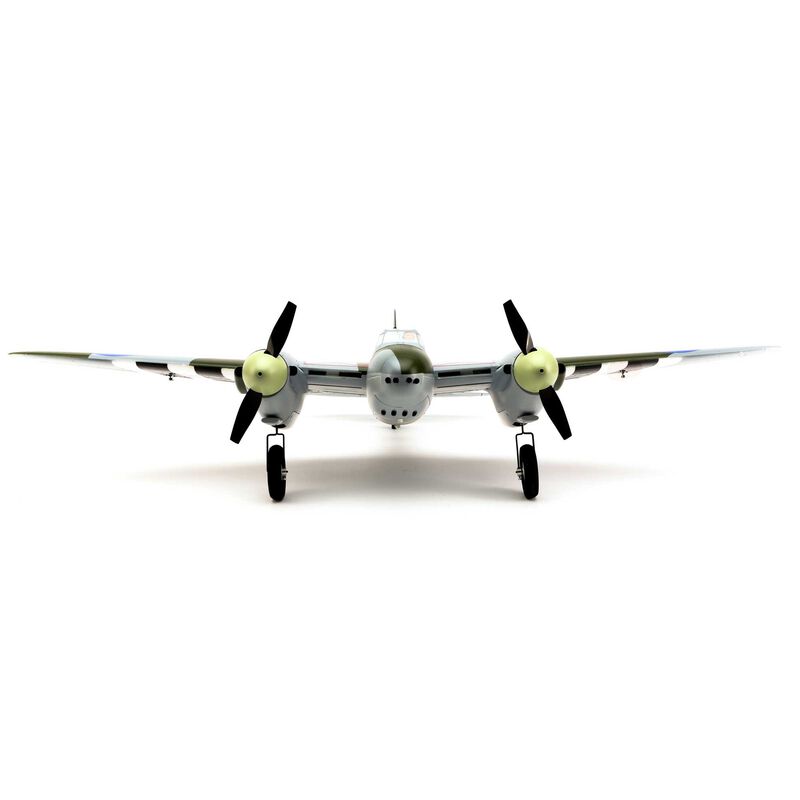 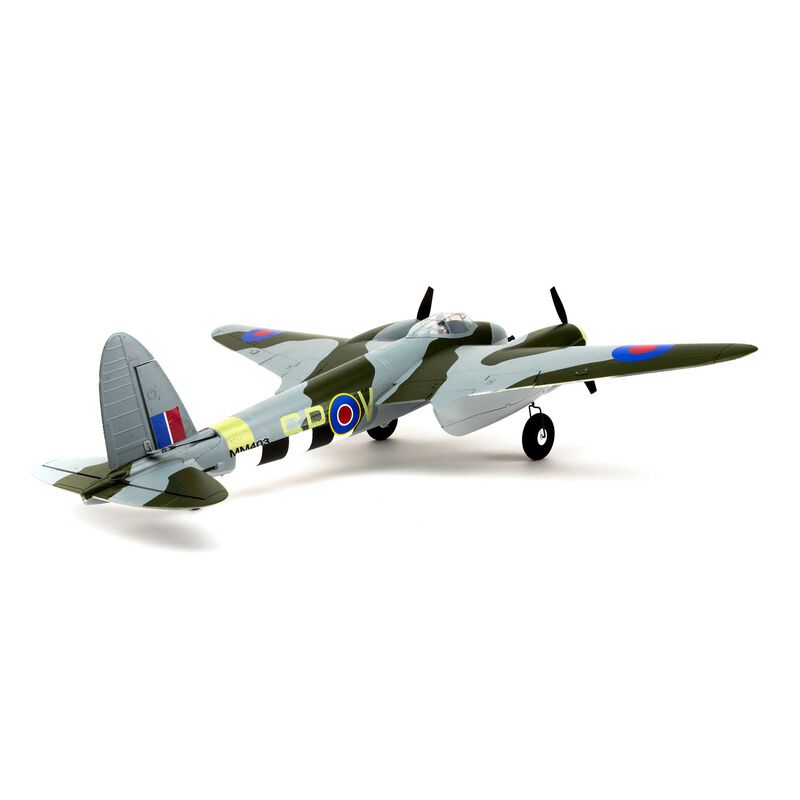 Nothing Evil about This Twin
Despite their differences in subject matter and design, ParkZone park flyers have always shared a common trait – smooth, predictable flight characteristics that will put any sport pilot at ease. The ParkZone aircraft development team has gone to great lengths to make sure its first twin-motor park flyer is no exception.

To that end, they’ve mounted the motors in such a way that their counter-rotating props and thrust angles smooth out the effects of abrupt power changes. This makes the model as fun and relaxing to fly as any single-motor ParkZone warbird.

Two Motors. One Battery.
The aircraft is equipped with two 370-size, 1300Kv brushless motors, both of which are powered by a single 3S 2000-2200mAh Li-Po pack (sold separately). Even with the additional weight of the optional flap servos and electric retracts (sold separately), this economical power system delivers more than enough performance for sport aerobatics and high-speed strafing runs. And flight times are just as long as any single-motor ParkZone warbird.

Optional Flaps and Retracts
The model gives you the option of adding functional flaps and retracts. All you need are two ParkZone SV-80 servos for the flaps (PKZ1081) and a set of E-flite 10-15 Size Main Electric Retracts (EFLG100). The model has been designed with the addition of these components in mind, so installation is easy.

Numerous Scale Details
The model comes with the trim scheme and markings of a Mosquito Mk VI that flew with 464 Squadron of the Royal Australian Air Force. The invasion stripes partially cover the squadron code letters on the fuselage, just as they did on the full-scale aircraft. Other details include machine guns in the nose, cannon ports in the chin, engine exhausts and a painted pilot figure.