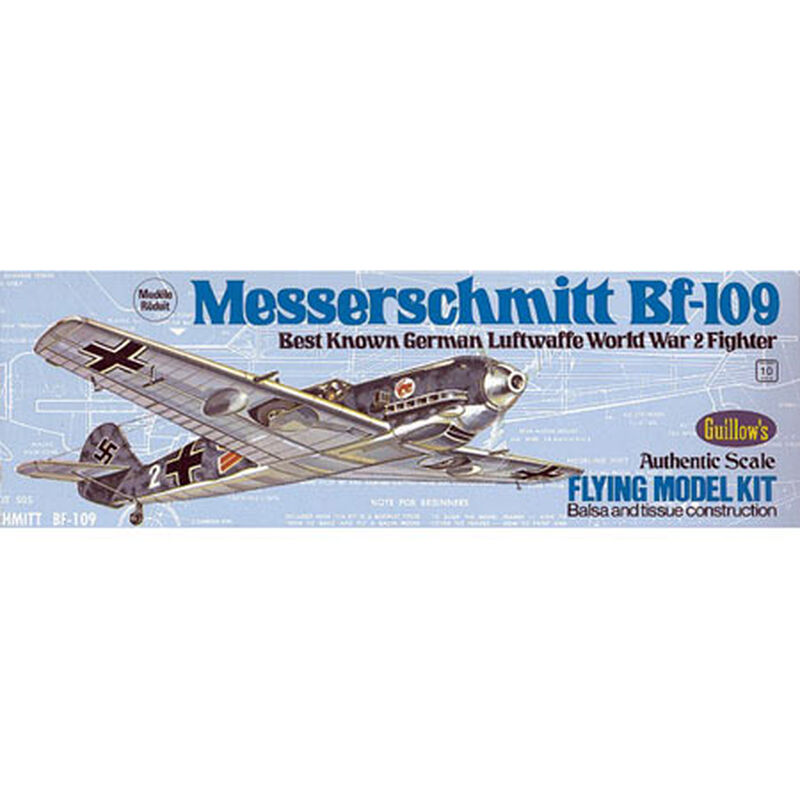 Share
The link to Messerschmitt BF-109 Kit, 24.4" has been copied
Email when back in stock

The Messerschmitt BF-109 was a standard German Luftwaffe single seat fighter for nearly a decade. It is believed that more than 33,000 of these fighters were produced between 1936 and the end of World War 2. During the war, the BF-109 fought on every front in which the Luftwaffe was engaged.