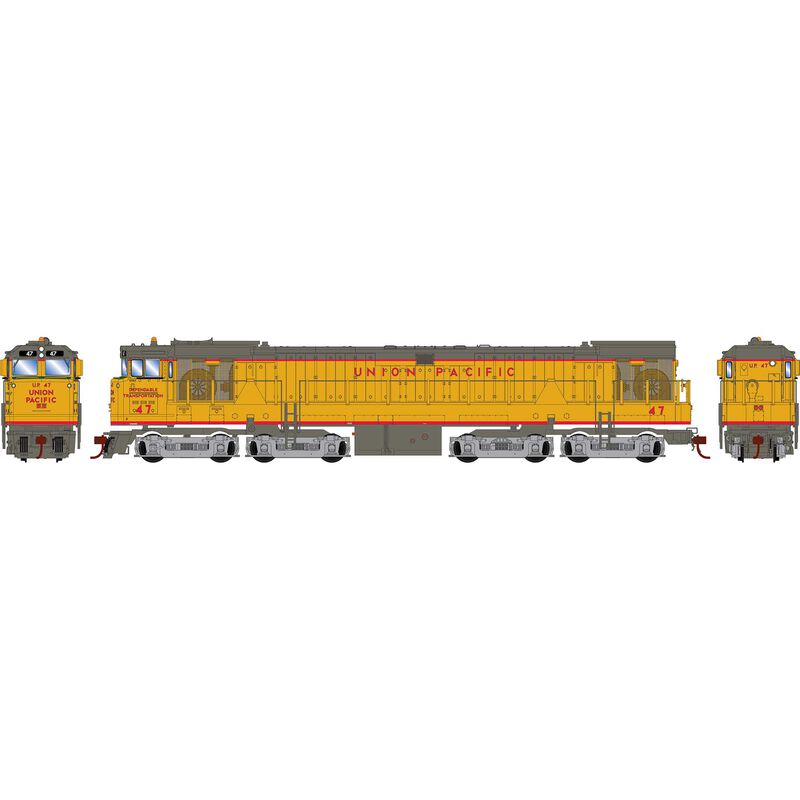 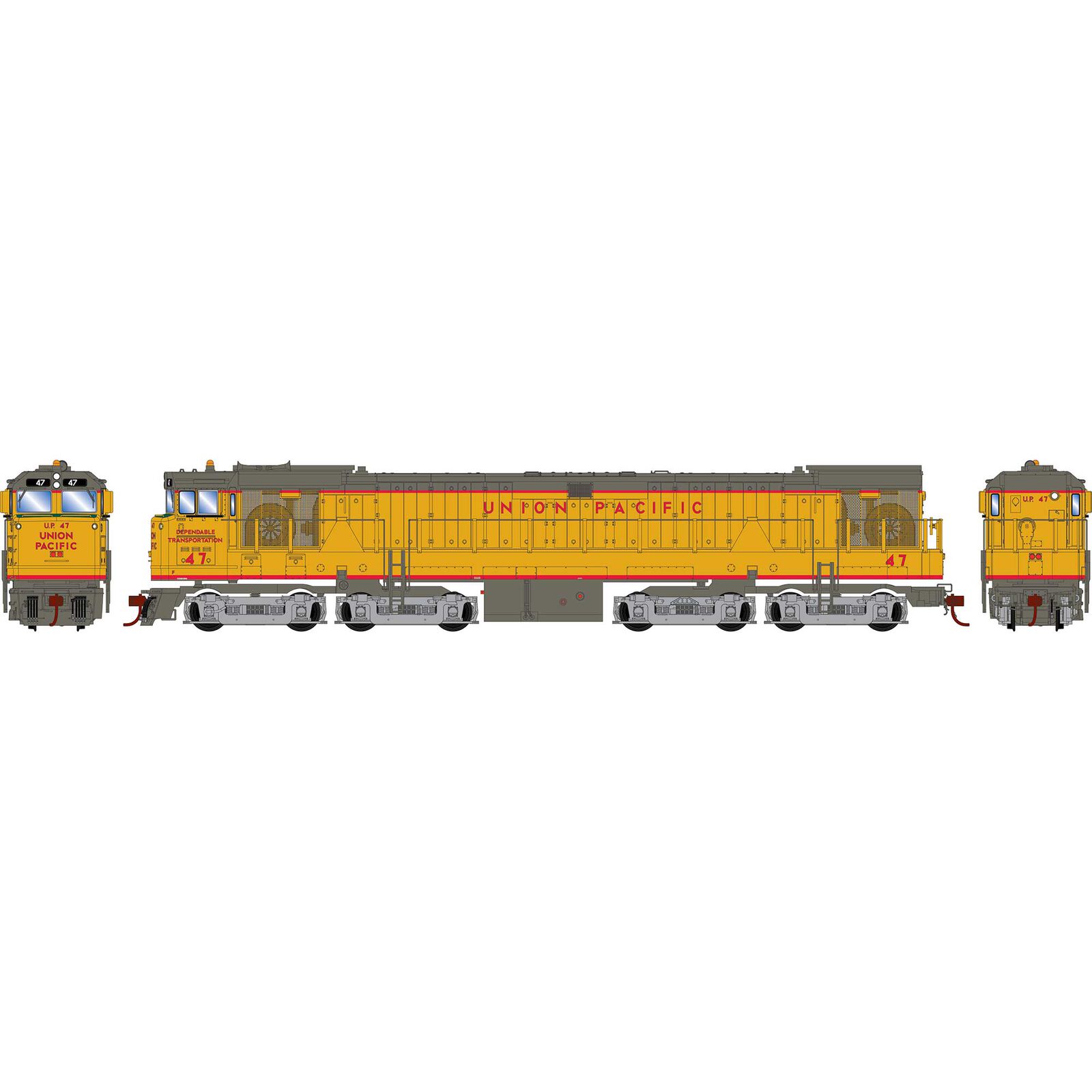 The link to HO U50 Locomotive with DCC & Sound, UP #47 has been copied

Due to the increase of better highways in the 1950’s the trucking industry was beginning to siphon off time sensitive traffic from the railroads. Consequently, in the late 1950’s the Union Pacific began seeking ways to increase the horsepower of their locomotives in order to help improve train speeds without having to add more locomotives to their trains. One method to achieve these goals was to mount two complete prime movers on one chassis. UP asked the 3 major locomotive builders at that time to submit proposals using this concept. In response, General Electric created their 5,000-horsepower U50 model, a design which utilized two 2500-horsepower prime movers. Starting in September 1963, UP purchased a total of 23 U50’s, all of which were retired by the mid-1970’s.

There were few changes made to these units during their time on the UP but one, #41, suffered from a significant fire and had to be repainted. It was the only one to receive UP’s 1970’s era slogan, “We Can Handle It.”